The Chevy Colorado is one of the most popular midsize trucks on the market. Because so many people love it, Chevy has done a great job of offering many different trims and configurations to help people build a Chevy Colorado, which meets their personal needs. One question you may have is if it is available with a V8 engine. We have researched the information and presented it here so you can stay informed and have your questions answered.

The Chevy Colorado is not offered with a V8 engine option. However, it does come in many other configurations, such as the 2.8L Duramax Turbo-Diesel, which is often compared to a V8 engine. Chevy also offers a 4-cylinder and a V6 engine for the Colorado. 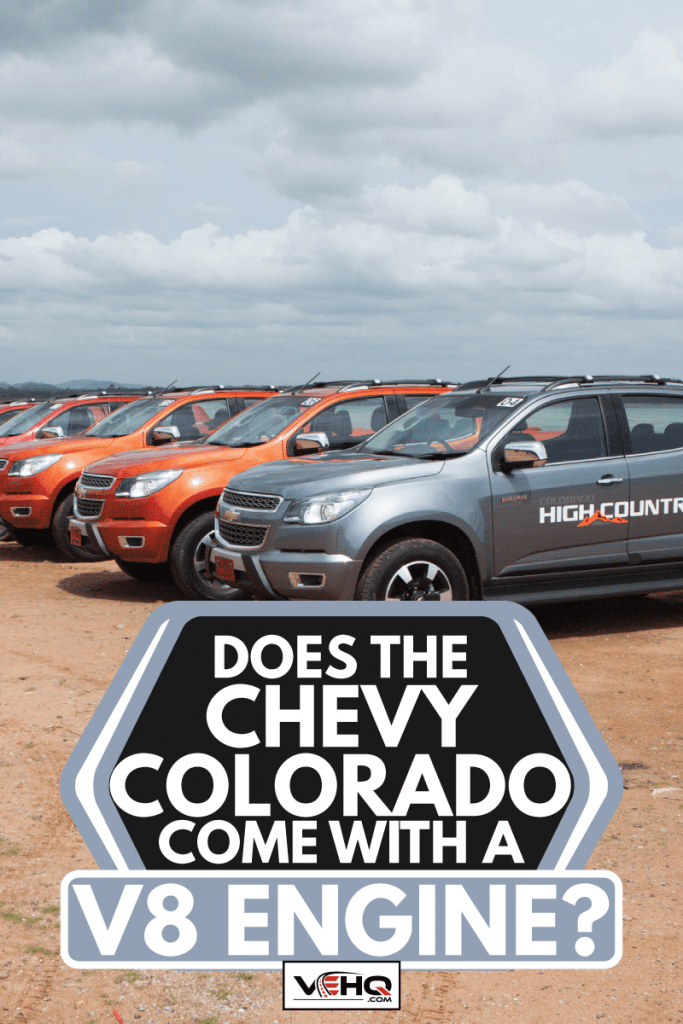 What Kind Of Engine Is In A Chevy Colorado?

The Chevy Colorado comes in multiple different engine configurations depending on which trim level you choose. Each one has its own strengths and weaknesses.

While the 4-Cylinder engine is the weakest of all the options in terms of power, it excels above the rest in many other areas. First, this engine option will usually get better MPG overall, saving you money and getting you the farthest distance on a single tank. On top of this, the 4-Cylinder, gas engine is the most affordable of all the options making it a great choice for people who like the sound of saving money with more miles per gallon and overall purchase price.

The 3.6L V6 is a powerhouse. It is made for going faster, towing more, and performing better than a 4-cylinder engine. Often, this is the reason people buy trucks, to begin with. They want to tow and have a powerful engine. For those interested in this kind of truck, this engine is a necessity.

What Is The Best Engine For Towing With Chevy Colorado?

The best engine for towing is going to be the 2.8L turbo-diesel option. This option has a maximum towing capacity of 7,700 pounds. The V6 can tow up to 7,000 pounds provided you upgrade it to its maximum capacity. The 4-cylinder has a maximum capacity of only 3,500 pounds. If you do not want to buy a diesel engine, the V6 comes close enough almost to do the same job. If you are not worried about towing bigger items and mostly anticipate towing small things here and there, the 4-cylinder will probably do just fine.

The average pickup truck can tow around 5,000 pounds, meaning the Chevy Colorado's compact size is at no disadvantage to its competition because of the power its Turbo-Diesel can provide. This engine will certainly do the best job in the towing department.

Do Chevy Colorados Have Transmission Problems?

Do Chevy Colorados Have Other Issues?

For the most part, the Colorado is a well-made vehicle free of most other major issues. Some people have reported losing their power steering in their 2015 Chevy Colorado. Other people have reported always having their check-engine light on and random engine misfires. Overall, the 2015-17 models' transmission problem has proven to be the most widespread, even though it does not happen to every vehicle. Besides these few issues, there are not many others to watch out for. 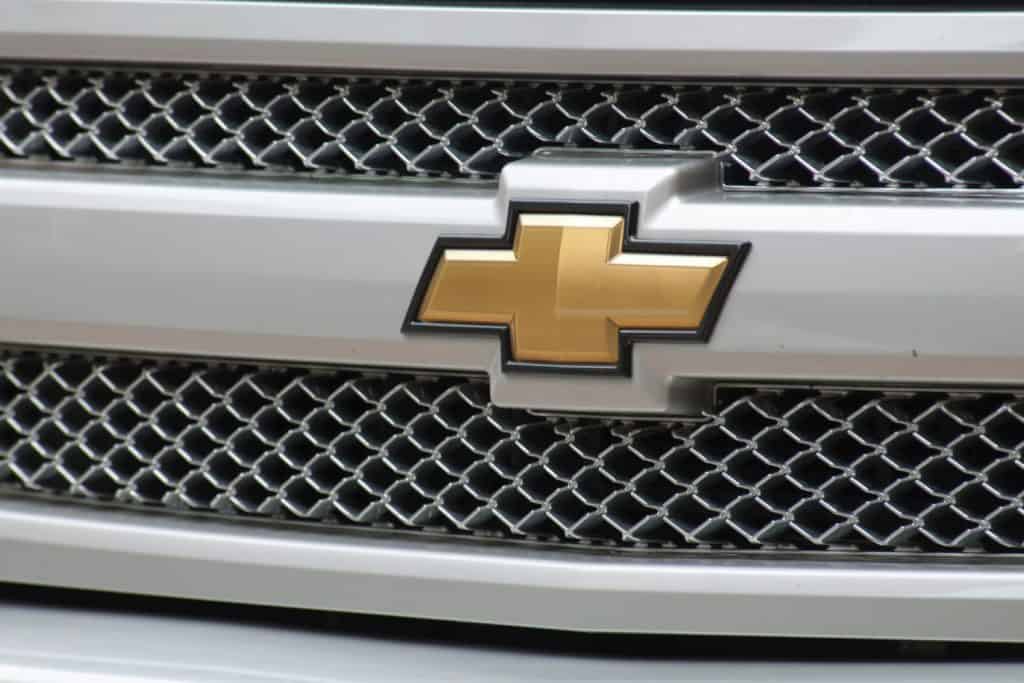 What Is High Mileage For Chevy Colorado?

On the other hand, you can also look at high milage from an overall standpoint. If a vehicle has over 120,000 or so miles, then it is considered "high mileage." This does not mean it will not last another 100,000 miles or more, but it does mean it has had a relatively long life already, and you should have it thoroughly inspected before buying.

What Is Considered Too High For Mileage?

When purchasing a Chevy Colorado with high mileage, be sure to look at the repair records (and the Carfax report). This will give you a good idea of what has been done to the vehicle. If the Chevy Colorado has 190,000 miles but recently had the entire engine and transmission replaced, it more than likely has a lot more life left in it.

On the flip side, if the vehicle has 200,000 miles and has never had any major repairs, that can also be a good sign. The important thing is that you see if there have been any ongoing or outstanding issues with a higher mileage Colorado.

Anything over 200,000 miles should be examined very closely. You should not expect to make it to 300,000 miles without some major repair during that time. Be wary of purchasing a truck between 200,000 and 300,000 miles. Always look for the lowest mileage Colorado you can find.

All in all, the Chevy Colorado is a fantastic midsize truck and one of the leaders in its class. Chevy offers many different trims levels and engine options so you can configure your Chevy Colorado to meet your needs and wants. While it does not come with a V8 engine, plenty of options such as the 2.8L Turbo-Diesel will give you similar power and performance. Whatever your individual needs may be, the Chevy Colorado is a great truck to own.