If you need a budget vehicle that’s loaded with high-tech features and can offer more control on the road when driving in ice or snow, you have probably wondered if a minivan is up to the task. Now, you may be wondering whether a family minivan like the Chrysler Voyager is also equipped with All-Wheel Drive. Please keep reading to learn more about the Chrysler Voyager’s drivetrain and how it handles in the snow.

To answer the question directly, the Chrysler Voyager does not come in All-Wheel Drive (AWD). Instead, the minivan is available with Front-wheel drive (FWD).

If you had your heart set on a van that has all-wheel drive, the Chrysler Voyager might not be the vehicle for you and your family. However, does that mean the Voyager isn’t good in the snow at all? This article will cover the specs on the Chrysler Voyager and its overall performance in the snow. In addition, we will compare to other vehicles in its class. 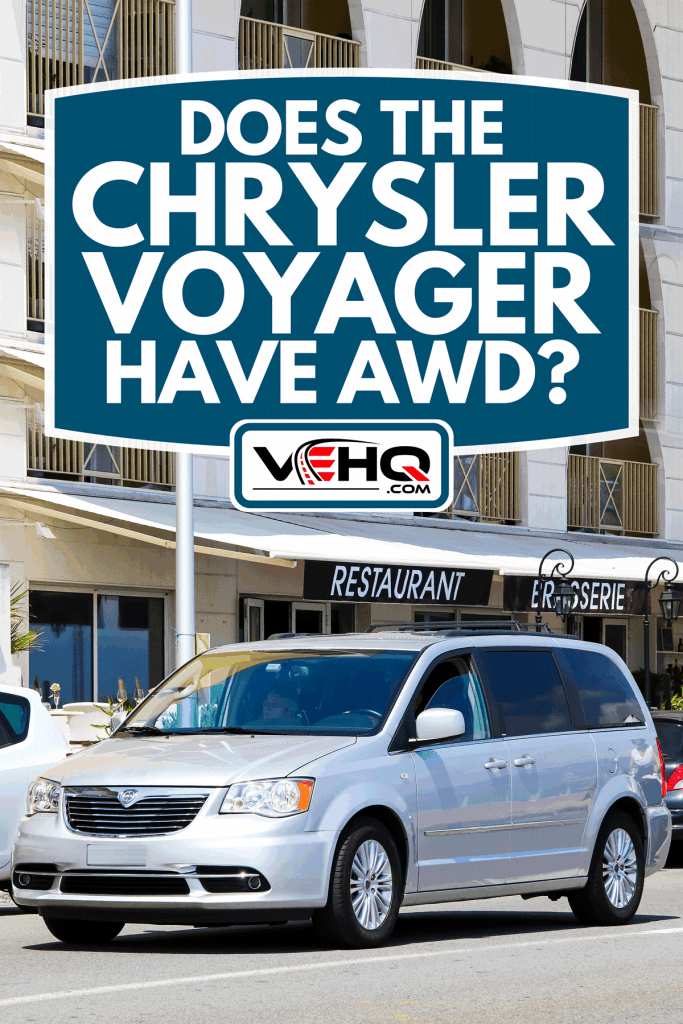 The Chrysler Voyager is powered by a 287-horsepower 3.6-liter V6 engine and nine-speed automatic transmission that drives the front wheels. The lack of all-wheel drive in the vehicle can be looked at in a positive light. Considering that a person has to pay extra to get a vehicle with AWD, the Voyager is budget-friendly while still offering some modern features.

When it comes to infotainment and connectivity, the Voyager comes with a 7.0-inch touchscreen infotainment system and a 3.5-inch digital cluster. It has CarPlay and Android Auto capability, and a six-speaker audio system.

The Voyager offers plenty of space for a total of seven passengers across its three rows of seats and provides spacious room for cargo. The Voyager's interior mimics the Chrysler Pacifica, albeit with fewer luxury options than the powertrain, chassis, and exterior styling.

Here, you won't find in-dash navigation, leather seats, power-sliding side doors, or automatic climate control. What's more, the Voyager offers Stow 'n Go seating configuration. This system allows you to stow a seat away, giving you additional cargo space that isn’t taken up. Then, when the seats are stowed onto the floor, you can use the available space to haul furniture, luggage, and other cargo.

Is Chrysler Voyager good in the snow?

Being a front-wheel-drive vehicle, the Chrysler Voyager carries more of its weight up in the front, which allows for better handling in snow and ice. However, FWD vehicles are generally not good in the snow.

A front-wheel-drive will typically offer less traction than AWD when driving on wet, icy, or snowy roads. However, since AWD sends power to all four wheels instead of just two, it offers much more grip. When the traction reduces, the vehicle feels stable and doesn't fishtail or slip in any way.

So, if you live in an area with harsh winters, the safest choice will be an AWD vehicle that can handle icy terrain or snowy road surfaces. We would strongly recommend equipping the Voyager with a set of snow tires for the best winter driving capability. Snow tires are made of a special rubber compound that remains soft and flexible even when temperatures drop. This allows the tires to conform to the road for improved braking and handling.

And if your region allows studded tires, consider getting studded tires with small metal bits to boost traction on snowy roads. It's important to mention that the Voyager does not come with snow mode. This should not discourage shoppers from purchasing a Voyager. Additional winter accessories such as snow socks and snow chains can be installed to improve the vehicle handling and stopping distance in snow.

How the Chrysler Voyager Drives in the Winter

Wet and slippery snow, ice, or sleet will not stop a front-wheel-drive vehicle like the Voyagers. And because it’s equipped with four-wheel anti-lock disc brakes and traction control, you can rely on this FWD van to get your family from point A to point B. With an exceptionally responsive steering and braking system, you can make a smooth turn on snowy roads with no fear of fishtailing or skidding.

Does Chrysler Pacifica have AWD?

The Chrysler Pacifica comes with a fully automatic All-Wheel-Drive System capable of channeling all the available engine torque to the rear wheels or whichever wheels have the most available traction. Being an All-Wheel Drive (AWD) vehicle, the vehicle can handle snow just fine because power is delivered to all the wheels for maximum traction and grip.

With AWD, you’ll have to deal with a heavier weight, though. Even if the Pacifica is still relatively light in weight and size, the extra pounds with AWD can make a difference in driving. A further drawback of having AWD will be fuel economy. Being a more complicated system than FWD, it tends to consume more gas.

Which is better: Pacifica or Voyager?

The Pacifica and Voyager are two different trims of the same Chrysler minivan. However, while identical 3.6-liter V-6 engines power the two vehicles, the Pacifica has a fuel economy advantage. It gets a 28-mpg highway, which translates to over 500 miles of range.

When it comes to the driveline, AWD is an available option on the Pacifica, whereas FWD is standard on the Voyager. And in terms of engine performance and power, the two siblings come to a draw. They are both boast up to 3,600 pounds of towing capacity. In terms of passenger space, the Chrysler Pacifica seats up to eight people, whereas the Voyager can haul up to seven passengers.

The two twins boast a 5-star safety and an excellent all-around safety rating from NHTSA and IIHS, respectively. However, when it comes to pricing, the Voyager is the best choice for budget-conscious minivan buyers. It starts at around $26,985, whereas the Pacifica has a starting price between $33,495 and $45,745.

The Pacifica is a more premium minivan for shoppers looking for luxury vehicles to haul the whole family. In contrast, the Voyager is a perfect choice for minivan buyers seeking something that offers plenty of upscale features at a relatively lower cost.

Although the Chrysler Voyager is a step down from the Chrysler Pacifica, it’s still an excellent option for buyers who prefer value over luxury. In addition, the Pacifica will be a solid option if you’re likely to experience harsh winter conditions like snow and ice. To improve winter driving car comes with all-wheel drive (AWD), electronic stability control, traction control, rain brake support, and Anti-Lock Brakes (ABS).

Does Toyota Sienna have AWD?

In short, yes, the Toyota Sienna comes with an AWD. While Front-wheel drive is standard across the model range, but most trim levels get AWD. For instance, many Toyota Siennas, particularly those sold in the snowy regions, are equipped with all-wheel-drive.

Interestingly, the Toyota Sienna is the only minivan found in the United States that promises anything other than FWD and is an easy choice for minivan buyers who need a vehicle with all-wheel drive. Like the Chrysler Pacifica, the Toyota Sienna offers plenty of interior space, capable of eight occupants. Its 101 cubic feet of cargo room is also sizable. 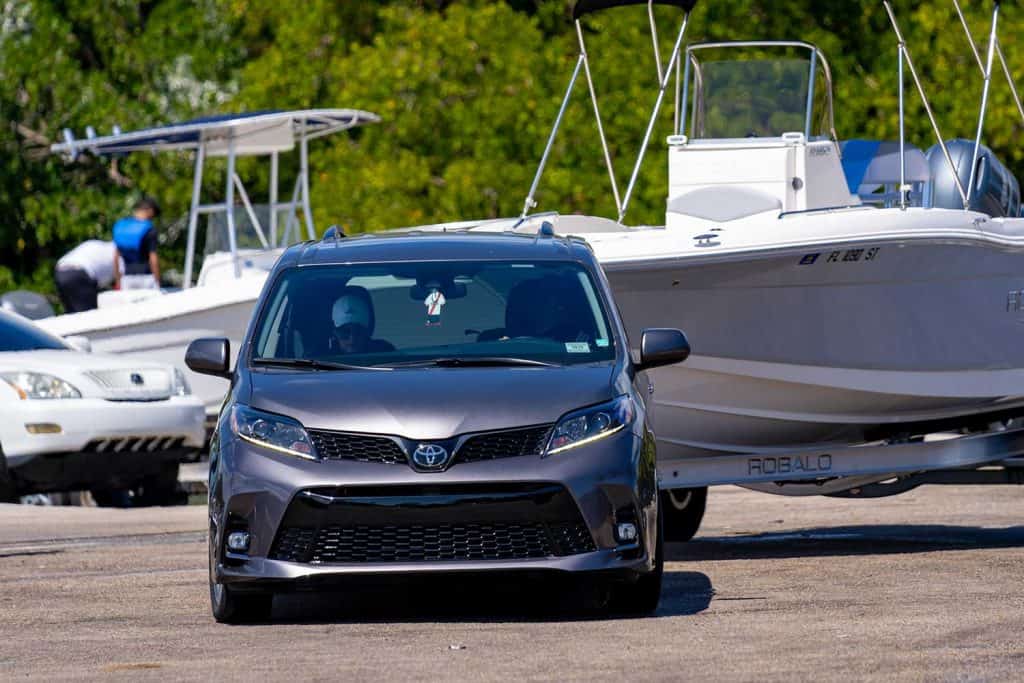 Does Kia Sedona have AWD?

No, the Sedona comes with a front-wheel-drive system. Its 3.3-liter V6 engine produces 276 horsepower and 248 pound-feet of torque, channeled to the front via an eight-speed automatic transmission. Despite lacking AWD, Kia Sedona is easily maneuverable at moderate speeds. While the minivan doesn't provide a smooth ride on a bumpy surface, it makes driving around the town stress-free. 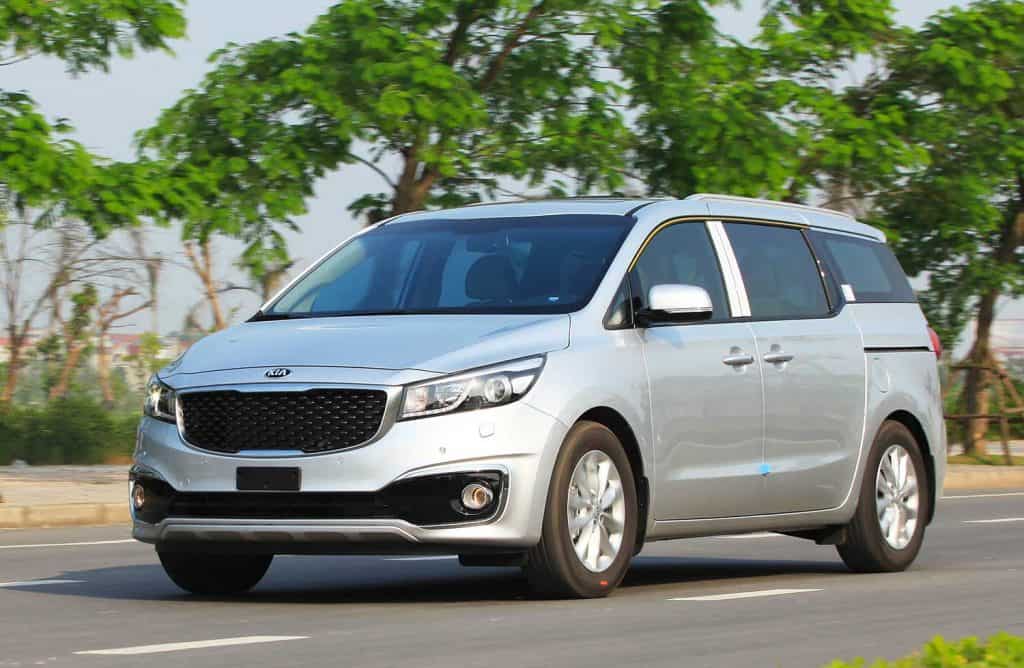 If you're looking to buy a minivan with AWD and you live in parts of the country where winter is harsh, then the Chrysler Pacifica would be your best bet. However, if you're not willing to spend extra money on an all-wheel-drive system but want something that offers a smooth ride on a bumpy surface, then the Chrysler Voyager would be a great choice.

Moreover, if you’re shopping on a budget, it's best to check out the Kia Sedona. On top of being cheaper than its rivals, the Sedona is also comfortable in both city and highway driving conditions and comes packed with some nice interior features that rival those found on luxury minivans.

Unfortunately, Sedona’s lack of an AWD system may be a deal-breaker for some buyers, specifically those who live in areas where winter is harsh and it snows a lot.

Did you enjoy this article on the Chrysler Voyager? Then you should also check out:

Is The Chrysler Pacifica AWD?

14 Kia Sedona Accessories You Should Check Out

Do you drive a Chrysler Voyager in the snow? Let us know how it does below!