If you are stranded with a weak or dead battery, getting it charged by a jump start will usually get you back on the road. You might have heard before that you should always let your engine run for a period of time after the battery has been jumped so that the battery can charge. Is this solid information, or is it a myth? We did the research so that you can know for sure if a running car engine will really charge the car battery.

A car battery is charged by the alternator. The alternator will only operate if the engine is running. So, leaving a car engine running will charge the battery.

Now that we know that a running car engine will charge the battery, we'll take a closer look at how this system operates. You might also be curious if a completely dead battery can be recharged or if a jump starter will jump a dead battery. How long can a car battery last without the engine being on? What are the signs that the battery is dead? For the answers to these questions and more, keep reading! 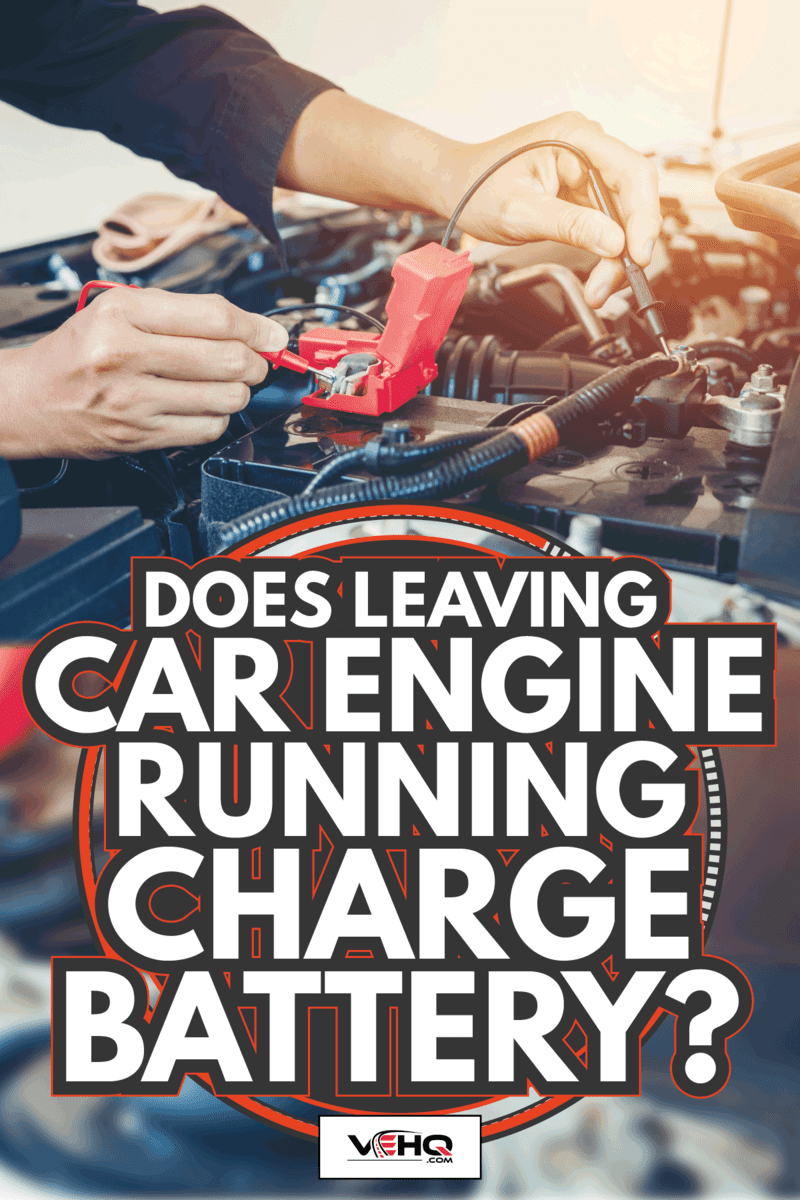 How a running engine charges a car battery

The battery is the device that will supply the power needed to start up your car as well as power all of the electrical components in and on your vehicle.

As you are probably aware, a battery is only able to hold so much power. When the car is running, the battery's power is constantly being used, for everything from the radio to the engine to the headlights.

But we know that battery power is not infinite. So how can it do so much and still be able to start the engine the next time you need it?

The trick here is that the alternator needs the engine running to function. So every time your car is running, your battery is constantly being exposed to a component that keeps it charged.

This also explains why you aren't able to start your vehicle after you forget to shut off your headlights after turning off your engine. The battery is powering the headlights, but the alternator isn't able to keep the battery charged. 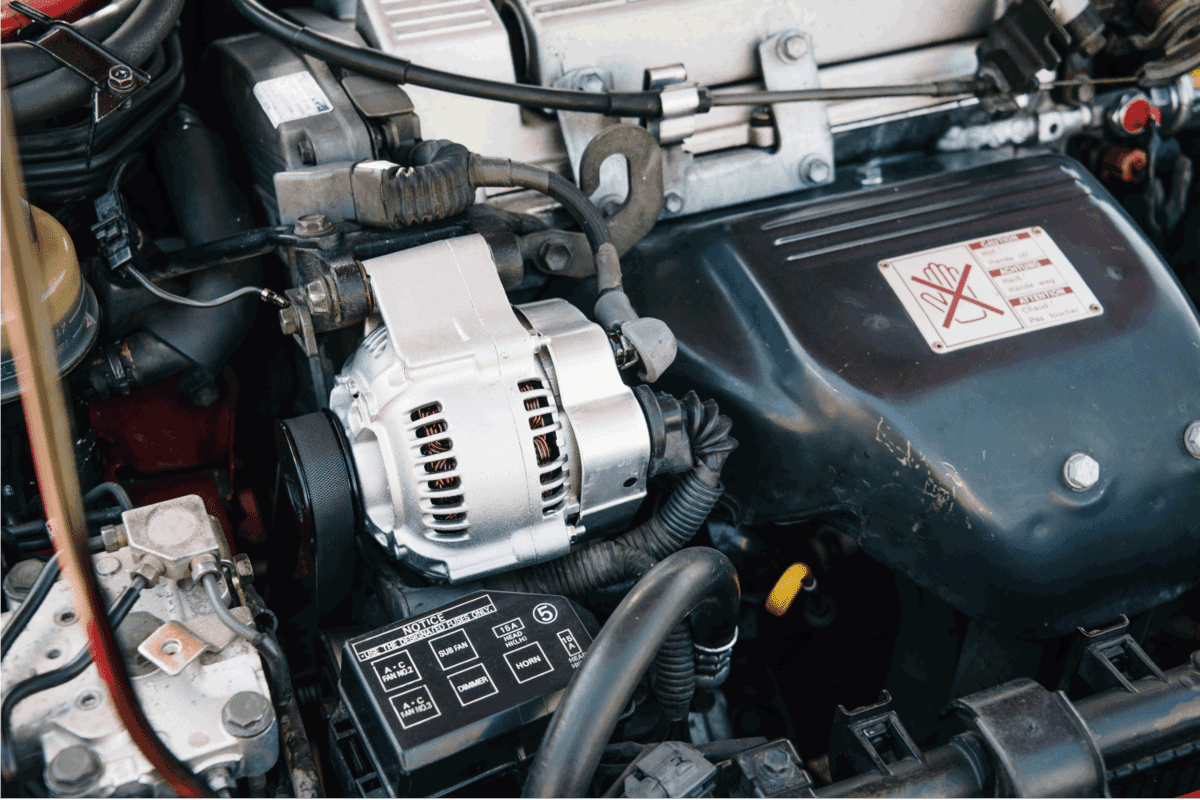 How long can a car battery last without the engine on?

While parking your car for extended amounts of time might be unavoidable, there are some things you need to know about how this will impact your battery.

Batteries will slowly have their power drained out of them. Starting your car will allow for your alternator to quickly recharge your battery.

How long your battery will be functional without starting up the engine will depend on the condition of the battery. A newer batter should be able to last two weeks in between car starts.

But older, weaker batteries might last half of that time. For those reasons, experts recommend that you either disconnect your battery or have someone start your vehicle and let it idle for five minutes once a week. 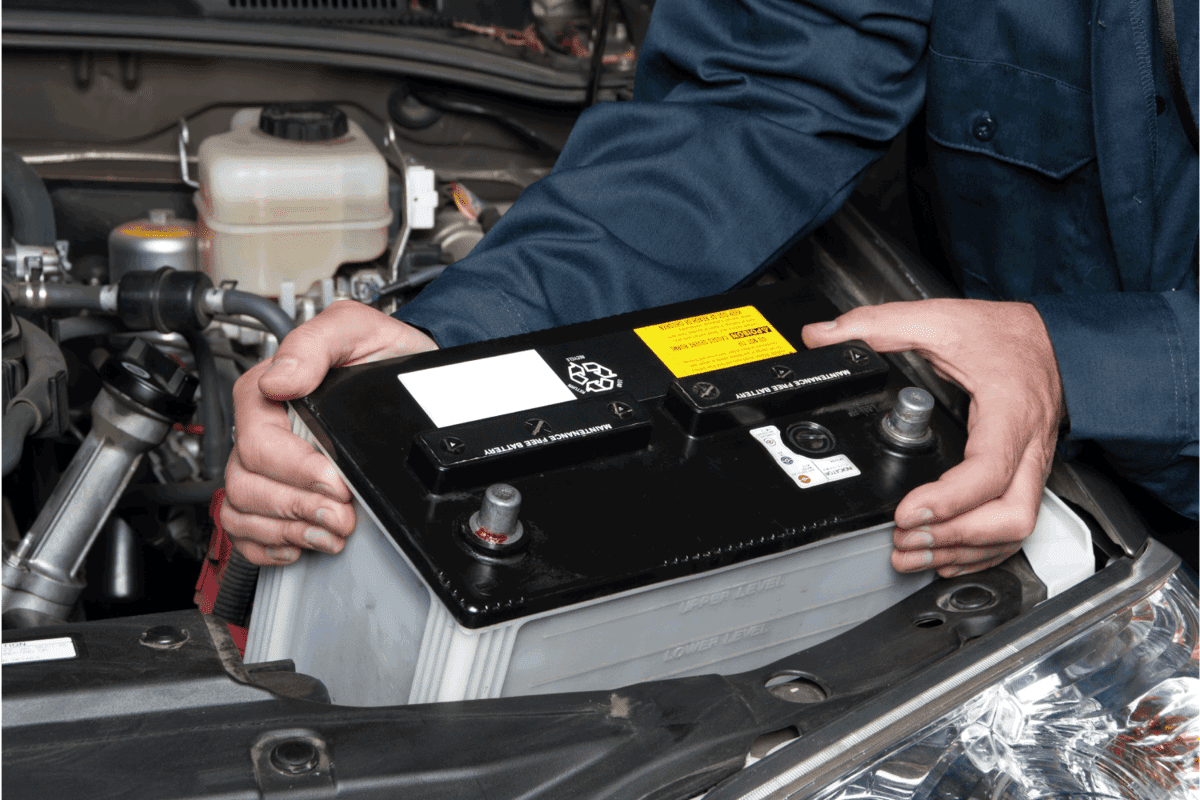 What are the signs of a dead battery?

If your vehicle's battery is dead, there will be some pretty telltale signs. Let's take a look at the most common signs.

Engine is slow to start

A battery with a low amount of charge will make your engine strain to get the charge it needs to start. You'll hear the engine whirring for a few moments. Then the engine will turn over. While this can indicate a starter motor that is about to go out, it also indicates a dying battery.

A battery won't be all the way dead in most cases. There might be enough juice left in the battery to turn on the interior lights, radio, or headlights.

If these things come on, then you have battery power. But if you have power to them and the car won't start, it's a sure sign you have a weak battery. Arrange for a jump start so that you can get your car back on the road.

A really weak or totally dead battery won't power your radio at all. If you turn your key to the accessory setting, you should be able to see the dash lights light up and be able to turn on the radio.

If you get power to none of these things, then you have a very weak or dead battery. Charging the battery by jump starting it will most likely help unless the battery is too old or has been drained too many times.

Check the physical condition of the battery. If it is swollen, then the alternator is faulty. An alternator can malfunction and overcharge the battery, which can make it swell.

Too much of a charge will render the battery inoperable. Unfortunately, this means a massive buildup of hydrogen gas within the battery. This damage is not able to be reversed, which means a new battery and an alternator repair are both in your immediate future.

A weak battery might have enough power to start your car but not enough to keep it going. The engine needs to be running for a few moments for the alternator to kick on.

And the alternator might not have enough time to throw a charge to the battery. So if your car starts and then dies, it is very likely due to a weak battery.

Can a completely dead battery be recharged?

You can recharge a battery that is completely dead. This will require the use of either jumper cables or a battery charger.

With jumper cables, your battery should be able to start your engine within minutes. But you'll need to let your engine run for at least twenty additional minutes after that. This is so the vehicle's alternator can do its job and charge the battery fully.

A battery charger can be used as well. Plugging into one of these will take more time to fully charge the battery. But it will mean that you don't need to keep your engine running. Leave your vehicle's battery plugged in for 24 hours for the best results.

Not all batteries will be able to be revived. Older batteries might not make it back, as is the case with batteries that have been drained too many times. 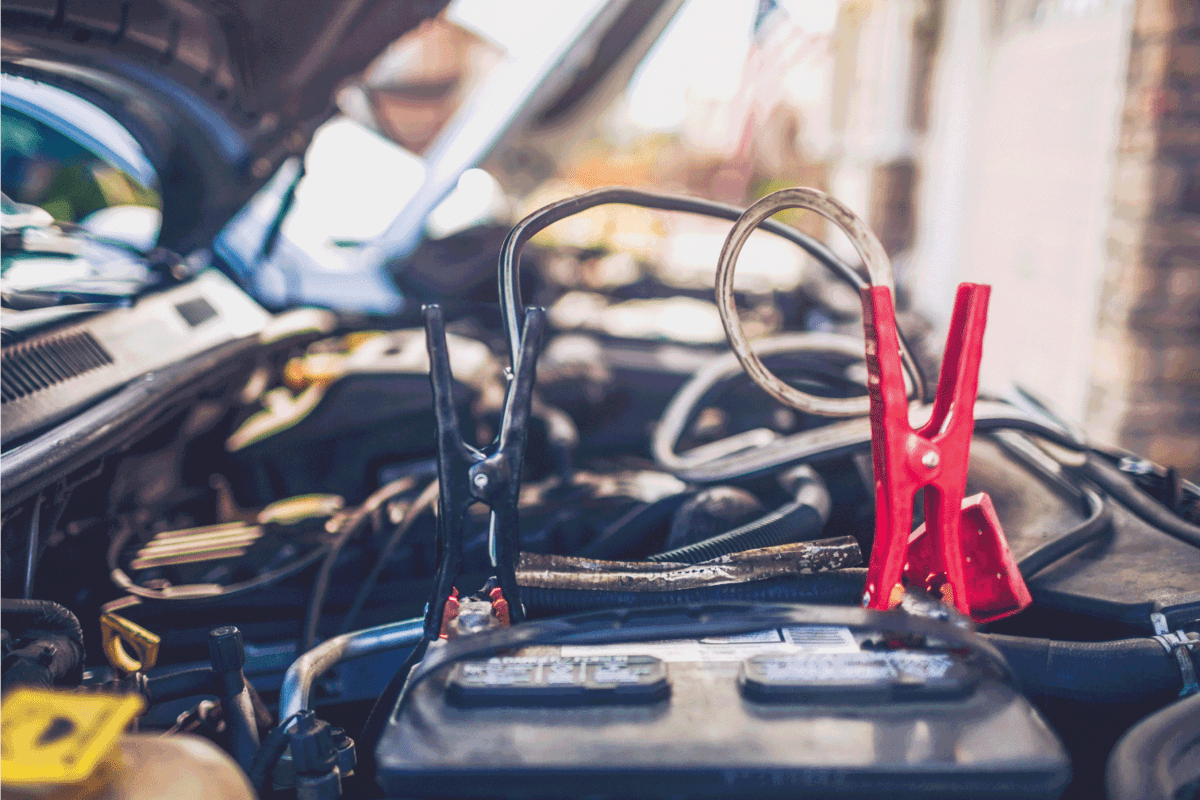 Will a jump starter start a dead battery?

A jump starter will jump a dead battery. Keep in mind, though, that not all batteries are going to be able to be brought back to life.

If a battery is too old, it might not have enough left in it to take a charge. Or, if you have consistently drained the battery, it might be weakened to the point of no return.

Try to jump start your dead battery with a friend who has a donor car. Jumper cables are employed to transfer a charge from the battery of the donor car to the dead battery in your car.

If after ten minutes of trying to get your dead battery charged you find that your car will not start, then your battery is too dead to hold a charge. It will then be time to replace your battery. 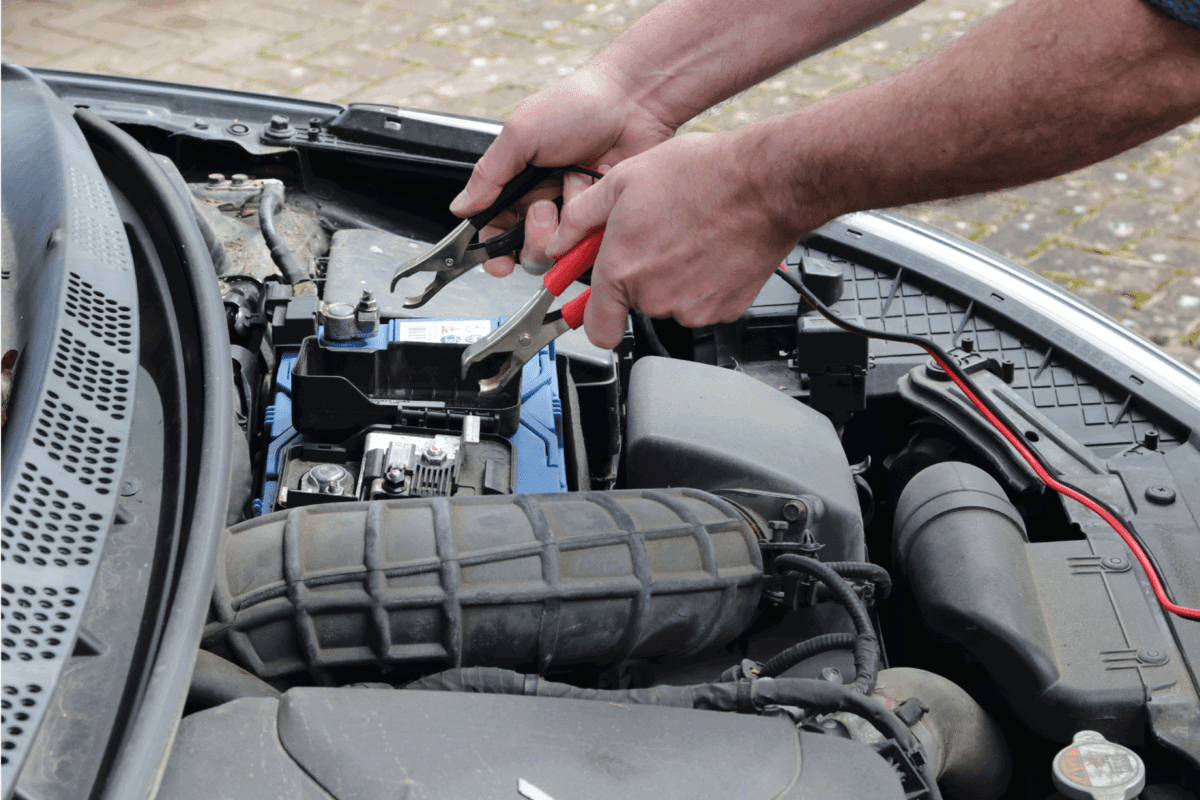 How long does it take to charge a dead car battery with jumper cables?

Should you be stranded with a dead battery, you're probably wondering how long it will take to get a jump start.

Part of the answer to this question will depend on how quickly and accurately you can connect the jumper cables from the dead battery to the live one. The other answer will depend upon how dead your vehicle's battery is.

As there really isn't a way to properly measure just how dead the battery is, it's best to leave the jumper cables attached to each battery for a minimum of six minutes.

Carefully detach the jumper cables, and then leave the car that had the dead battery running for at least 20 minutes. This is so the alternator can fully recharge the battery. 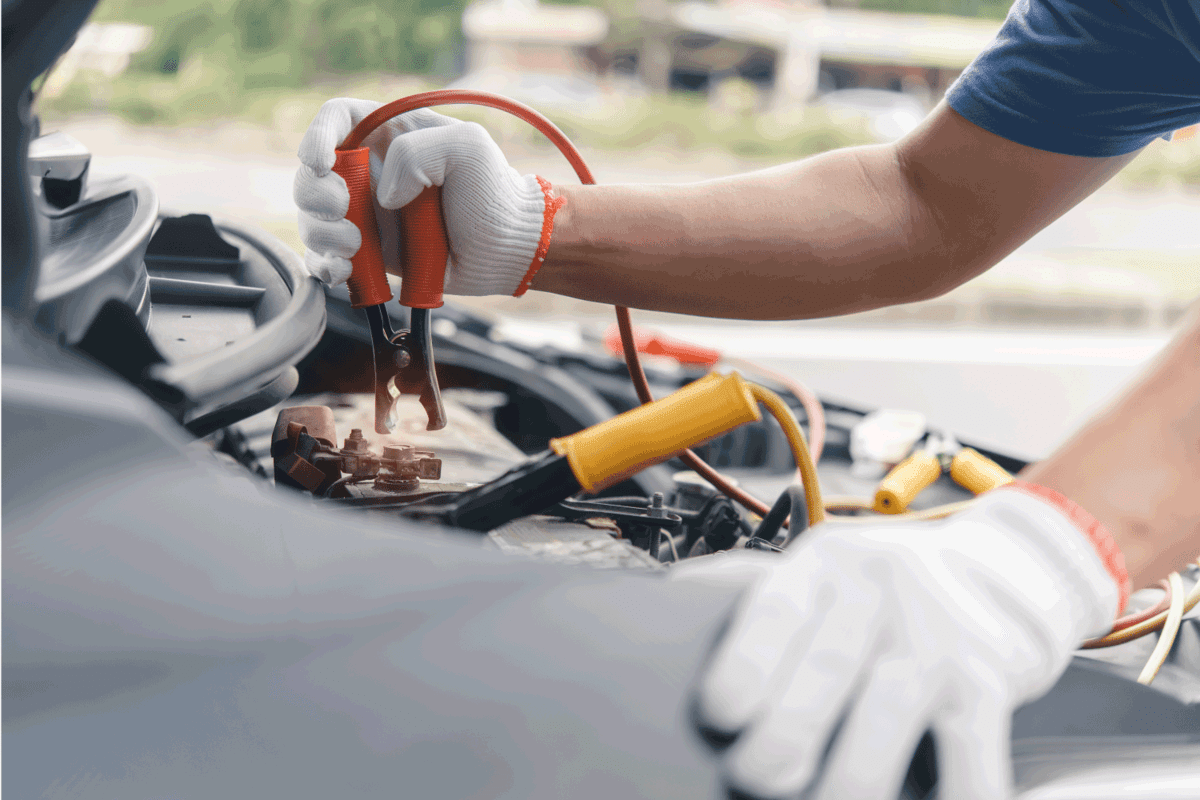 A functional battery is vital for getting your vehicle started. Should your battery be weak, it can be jump started, but remember that the engine needs to be running so that the battery can charge from the alternator.

As with any part, the battery will not last forever. But if you are careful to not let it drain, you can expect a car battery to last a minimum of three years and as long as five or six years. Drive safe!

Before you go, be sure to take a look at these other posts:

How Hot Does A Combustion Chamber Get In A Vehicle? [The Answer Might Surprise You!]