Are you in the market for a Ford and leaning towards a Mustang? Is a sunroof a must-have feature in your new car? Well, rest assured we looked into it and have the details on whether or not a Ford Mustang has a sunroof and what models it may be possible in.

For 2021 Ford Mustang models, there are no options with sunroofs available. There was a period of time between 2011 and 2015 when the Mustang models had the option for a glass roof (not necessarily a sunroof). But for recent models, sunroofs aren't an option due to the contour of the roof. The only option for a Ford Mustang with a sunroof is the Ford Mustang Mach-E. This is an SUV/Crossover and not a sports car model; it isn't available until autumn of 2021.

So, if you're looking for that classic sports car image that a Ford Mustang offers, then you won't find a model that has a sunroof option. If a sunroof is a must-have for you, then check out the Ford Mustang Mach-E model. 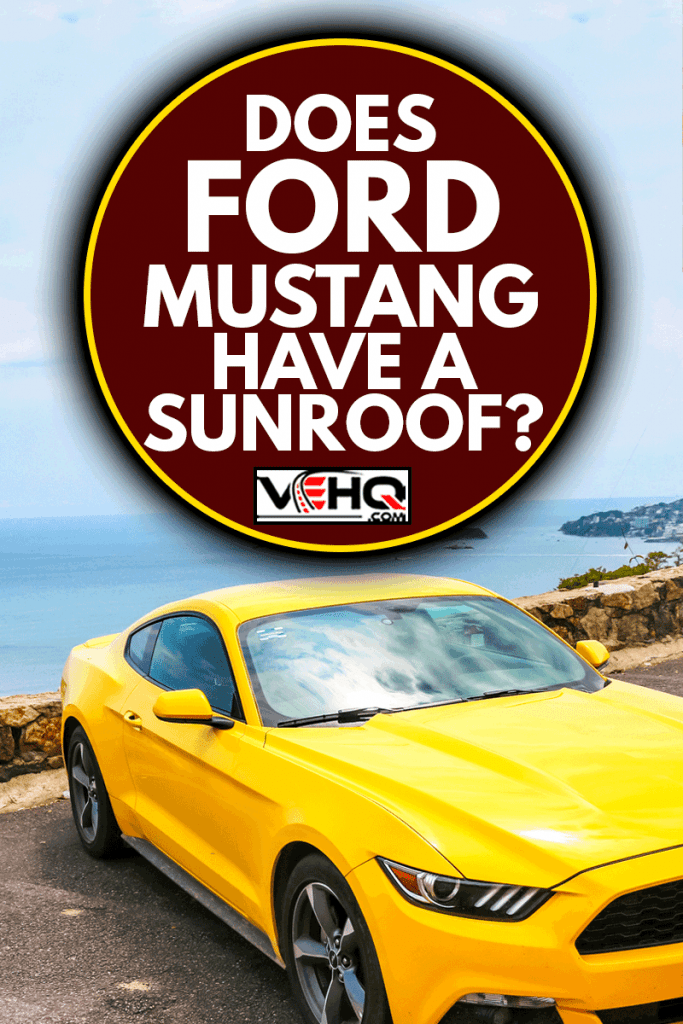 Can you add a sunroof to a Mustang?

Honestly, you can install a sunroof to a Mustang aftermarket, but know that the dealership isn't going to do so for you. If you really desire to have a sunroof, you're going to have to go through somewhere else, which is a gamble because you're going to be cutting a hole in a car that you've paid a significant amount of money for. Also, since the car isn't designed for sunroof capabilities, any addition of one may be prone to leaking.

So, when considering adding a sunroof, keep these factors in mind. Also, think about the additional price you'll pay on top of the car, which we cover in the next sub-section.

How much does it cost to add a sunroof?

As for the cost of adding a sunroof, there is no set number, as materials, length, and car model will impact the final price. A sunroof's cost can be anywhere from $800 to $1,800 to install.

With any car, old or new, you might always worry about the potential of a leak when it comes to sunroofs. The quick answer is yes. Sunroofs may eventually leak, but this is why it is worth it to put the money in for a quality sunroof. If you invest in a good-quality sunroof, you'll find no issues with it.

If you're willing to spend more, then you should look into having your sunroof installed with a silicone seal with handles and hinges made out of polycarbonate. This combination will give you the best protection for the longest time.

If you settle for a sunroof made with neoprene and handles of plastic, then you will experience leaks. Neoprene erodes when exposed to the elements, and plastic handles aren't the most secure, thus leading to an eventual leak.

What is the difference between a moonroof and sunroof?

When looking into sunroofs, you may have seen the word moonroof tossed around. This is because a moonroof is a type of sunroof, and while they may seem very similar, there is a slight difference between the two.

A sunroof is a panel on the top of the car that lets light and air into the vehicle. It only opens up a little bit, but it's enough to make a change in a car.

A moonroof is a glass panel on the roof of a car that lets light in even when it is closed and is usually tinted, which is what separates it from a standard sunroof.

Of these features, there are four main types that are the most popular: panoramic, pop-up, spoiler, and built-in.

What Mustang models are available as convertible?

In the Ford Mustang 2021 lineup, there are only two options available as convertibles:

Between these two options, there are some differences that account for the price difference. The big difference being the engines and certain qualities of said engines like horsepower and torque. Linked above are the specs for each car; at the bottom of each page, it goes through specifications, including available add-on packages.

What interior features are found on all Mustang models? 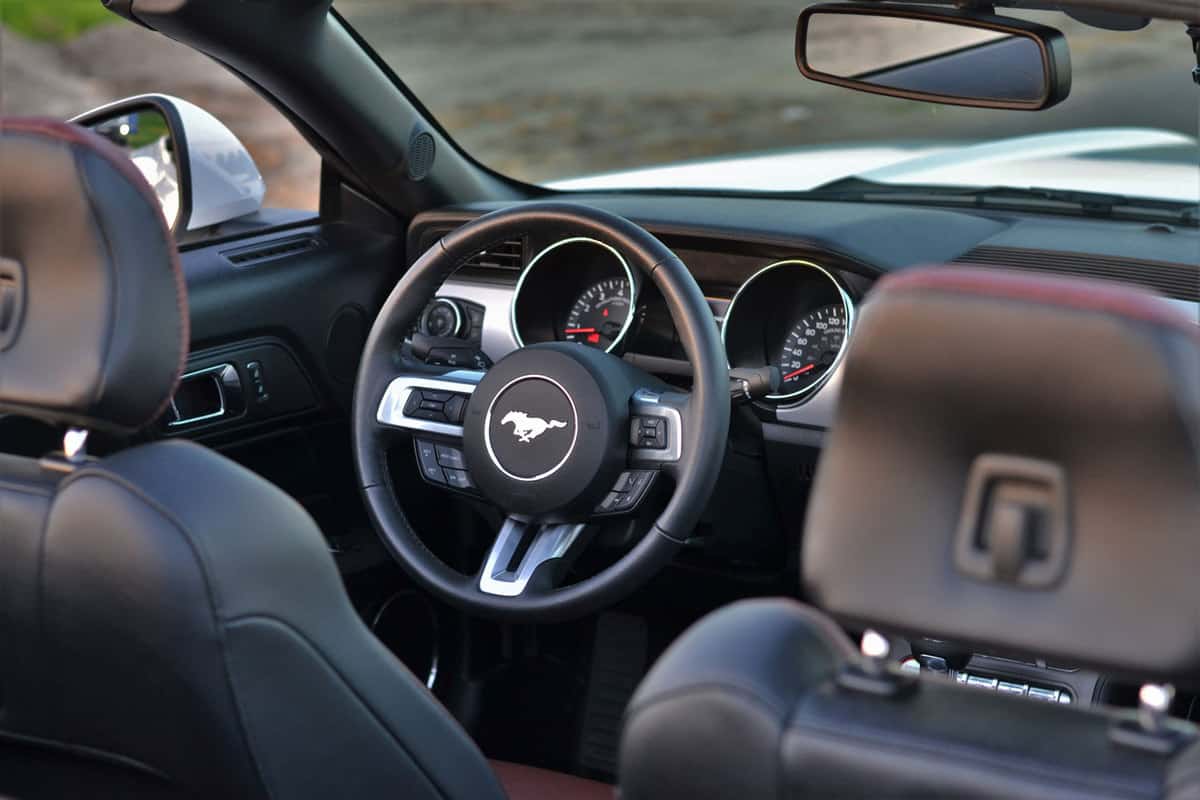 For all 2021 Ford Mustangs models, standard interior features include:

While all Ford Models come standard with bucket seats, the material and functions of the chairs vary, from some having heating/cooling capabilities while others don't. Check out each Ford build here to get into the specifics of how each model varies, as it is just the shape that is standard across vehicles, with some having a sports seat option like the Shelby GT500 Ford Mustang.

Standard in all mustangs, this voice recognition communications and entertainment system comes in different packages. There is the basic SYNC package, such as in the EcoBoost Fastback. There is the SYNC 3, found in models like the Mach-1. Even though there are different package deals, at the core of it, the voice-controlled infotainment system is what is standard in each model.

For any Ford, you have the capability of using FordPass to control different functions of their car. It's an app that people download on their phones. By adding your vehicle onto this app, you can use it to lock/unlock car doors and start/stop your engine from wherever. Check out this website here for a step-by-step guide to how to add your vehicle and learn about other uses as well.

Through the infotainment system and FordPass, both mentioned before this, each car is capable of being its own hotspot. For those unaware of what a hotspot is, it is a space created where people can access wi-fi. 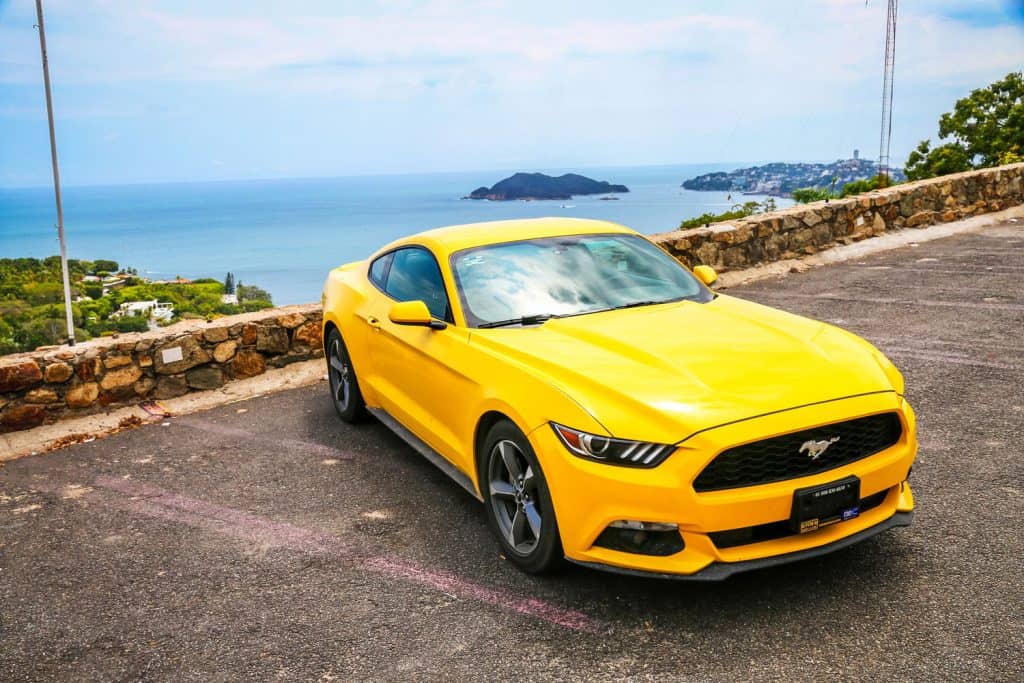 Now that you are equipped with this knowledge of sunroofs in relation to Ford Mustangs, good luck in your car adventures, whether you're getting the new model or own one a few years old!

Does A Ford Mustang Have Adaptive Control?