Every new model year, it seems as though there are a handful of new features and technological upgrades that automakers have available for their vehicles. In recent years, adaptive cruise control has been a sought-out option. Should you be considering a Jaguar XF and are curious if this model has this technology on board, we can answer your questions. We researched the Jaguar XF from numerous professional sources so that you'll have a definitive answer. 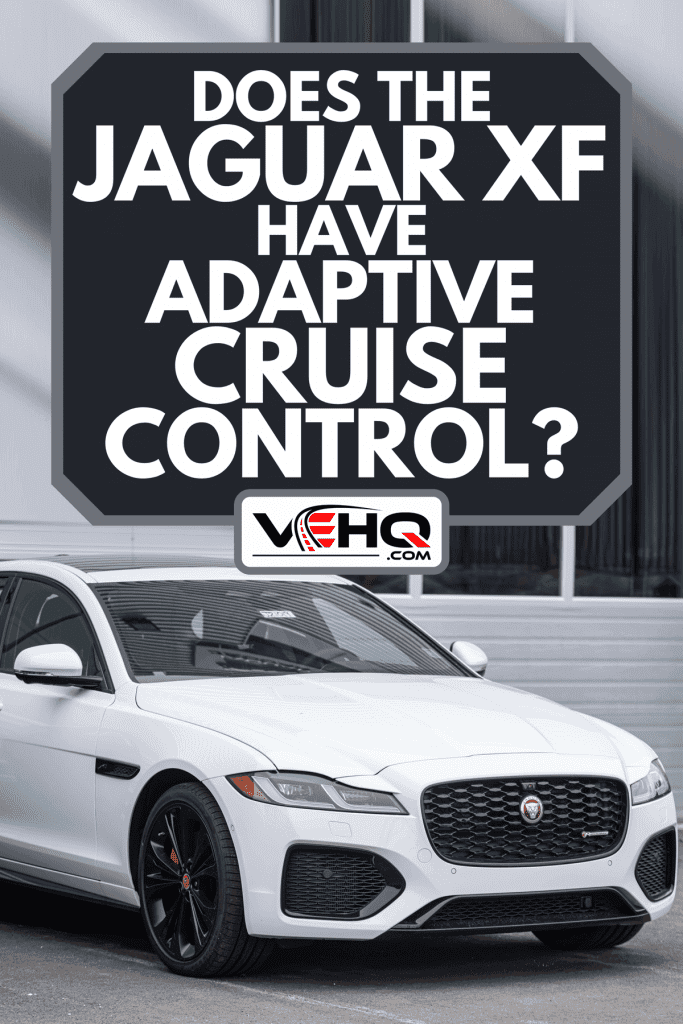 How do I use Jaguar XF cruise control?

Follow mode will kick in whether the XF approaches a vehicle from behind or if a vehicle from another lane switches into your lane. However, they do caution that if the lane switch happens too close to the Jaguar XF, that follow mode might not kick in immediately. For safety's sake, remember that adaptive cruise control is not a substitute for alert driving.

Queue assist will also engage the electric parking brake whenever the XF is stopped, when the driver unbuckles their safety belt, or when the driver cancels adaptive cruise control.

This sub-setting of adaptive cruise control automatically accelerates the vehicle away during standstill, but only if the vehicle in front pulls away a few seconds after being caught by the radar. 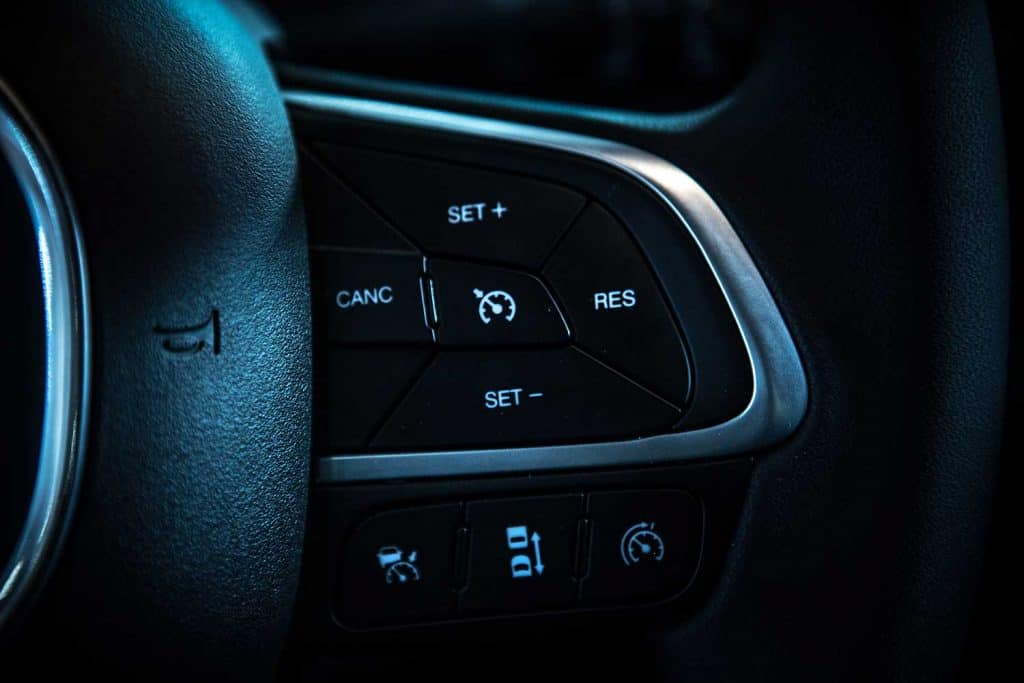 What is adaptive cruise control?

Standard cruise control allows you to set your car to drive at a certain speed. As long as the vehicle's speed has been set, it will not increase or decrease until the driver presses on the brake (which turns cruise control off) or on the accelerator (which will increase the speed).

Adaptive cruise control adds more features to this piece of technology. Sensors, cameras, and radar have been installed on vehicles to improve how cruise control functions greatly. These added components will alert the vehicle's onboard computer when approaching another on the roadway. Instead of the driver having to adjust the speed, the adaptive cruise control intervenes.

Adaptive cruise control will slow the vehicle down, automatically keeping it at a speed that will allow for a safe distance between it and the vehicle ahead of it. When the approached vehicle is out of the lane, the speed will accelerate until it reaches the speed the driver set the cruise control. While it is not a substitute for active driving, it is helpful for drivers on the highways for long periods.

Some auto manufacturers have enhanced adaptive cruise control by adding a new element to this technology. Referred to as "intelligent cruise control" by several makes of vehicles, this feature adds legal speed limits into the equation.

This is also known as "speed sign recognition" in some automobiles, including Ford Motor Company. 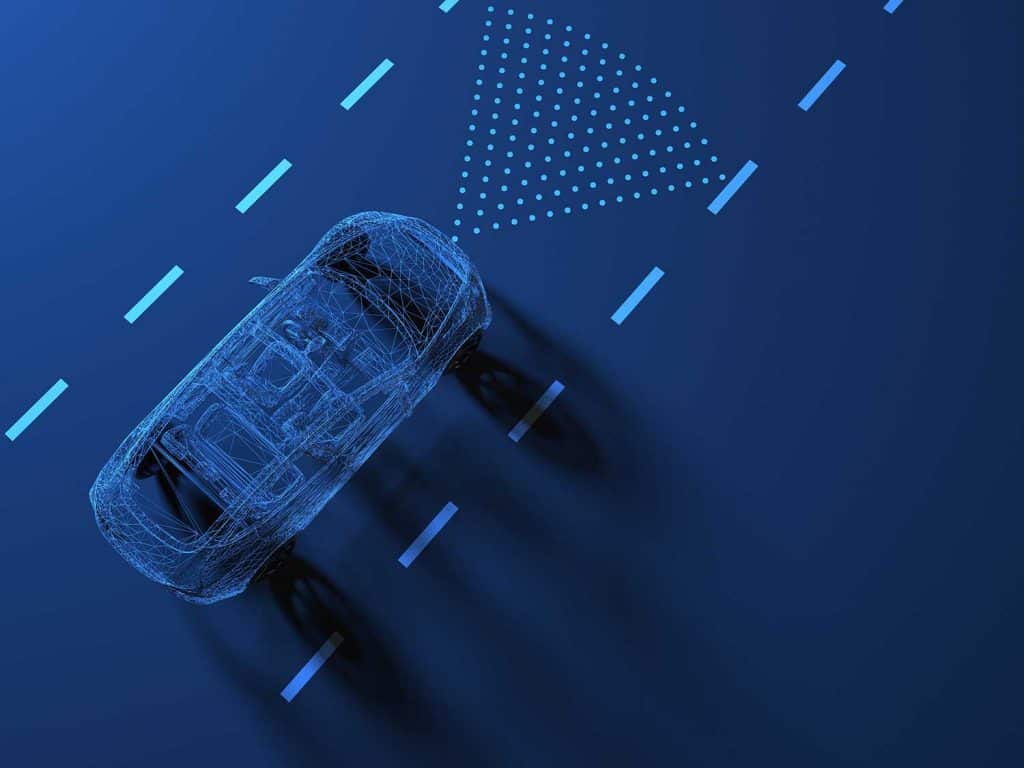 Can I add adaptive cruise control?

Adaptive cruise control is a standard feature with some model vehicles and is offered as an add-on with others. If you select it, this system will come off the showroom floor with it already added by the manufacturer.

The system itself requires a series of external cameras and radar devices, which communicate messages to the onboard computer system. The onboard computer relays this information to the adaptive cruise control system, telling it to adjust the vehicle's speed.

Adding adaptive cruise control as an aftermarket feature wouldn't be impossible. But doing so would cost a lot of money out of pocket. Also, finding someone adept enough to successfully accomplish this might be difficult. The parts required for this system will not be cheap to install. Plus, reconfiguring your vehicle's electronic components can be pretty risky, even for a skilled mechanic.

It's best to look for a vehicle that already has adaptive cruise control equipped. And if you are looking for a new vehicle, consider models that have this as a standard feature or allow it to be added on in a package.

The Jaguar XF is considered a good car, rating high among its counterparts in the class of mid-sized, luxury sedans. Even though the engine isn't as powerful as other luxury sedans, the Jaguar XF boasts additional features that set it aside from the rest.

U.S. News and World Report points out that overall interior spaciousness and the high-tech infotainment system are great standard features of this sedan. They continue by stating that the XF handles well on the road while getting terrific fuel economy. In town, you can expect this vehicle to get 23 to 25 miles per gallon while getting 32 to 33 miles per gallon on the highway.

Overall, U.S. News and World Report analyzed 25 different surveys for the Jaguar XF and gave it an overall rating of 8.0 out of 10.0. The lower sticker price is favorable for consumers wanting a luxury sedan without paying the MSRP for an Audi or BMW.

Adaptive cruise control is easy to use and makes driving your Jaguar XF a bit safer. This feature is becoming more and more common on newer model cars; as it interacts with the cruise control system, helping the driver maintain a safe distance from any vehicle, it might be approaching in the lane ahead of it. While adaptive cruise control is never a substitute for alert driving, it does serve its function as an added piece of technology that makes the road that much more safe to traverse. Drive safe!

If you found this post on the Jaguar XF to be enjoyable, we believe you'll find the following automotive posts to be helpful to you:

When to Use Cruise Control (And When Not to)