The Jaguar XF is a mid-size luxury vehicle that offers a spacious interior. What's difficult to tell about sedans is how much cargo space there really is inside the back of the car. For example, do the seats of the Jaguar XF fold down to allow for extra storage space? With so many variations on the market, it's tough to find a straightforward answer. Luckily, we researched the XF thoroughly and have the solution for you here.

The 2008 to 2015 models of Jaguar XF have folding rear seats, but they don't always have pull tabs that make it easy to fold them down. You'll have to release the latch with a screwdriver from inside the trunk for those model years or find the special switch under the trunk liner. Newer models of the Jaguar XF, like the 2021 version, have standard folding rear seats.

That's the basic info on the folding rear seats of the Jaguar XF, but you should know more. In the rest of this post, we will discuss how to fold the seats down on the Jaguar XF. Additionally, we will go over some of the differences between the trims and how the Jaguar functions overall in terms of space. 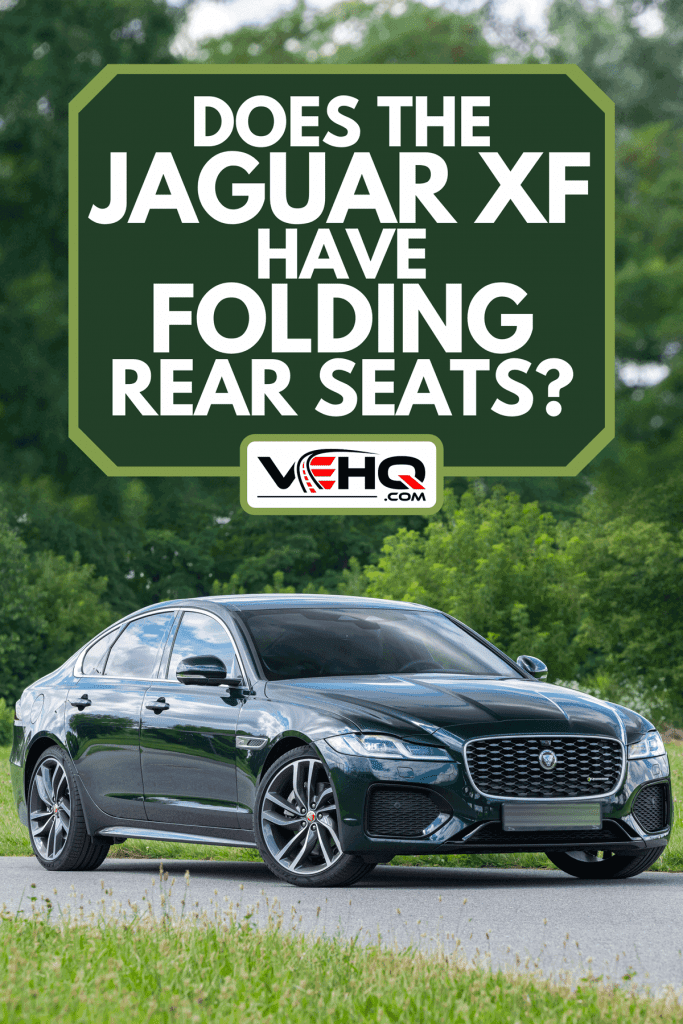 Folding Seats on the Jaguar XF

Although the Jaguar XF hasn't changed much since its creation in 2007, not all of the models come with folding rear seats.

Whether or not your Jaguar XF has folding seats depends on the model year and whether it has the feature. That is to say, not all of them have the apparatus that allows them to fold down easily.

Since some models don't have that quick and easy lever to pull to fold the backseats down, but that doesn't mean that it's impossible to do so. You'll have to do some investigating in the trunk to find the way to make it happen, but you can fold down the seats on most Jaguar XF models.

This Jaguar sedan isn't for everyone because the seats don't fold down easily on many XF models.

If you constantly need to have the back seats down to increase your cargo storage for longer items like lumber or a surfboard, it will be a pain to have to go and undo parts of the trunk just to put the rear seats down.

So what do we mean when we say undo parts of the trunk? To explain that a little further, let's look at a few of the methods you might have to use to get the backseats on your Jaguar XF to fold down.

How do you Put the Back Seats Down in a Jaguar XF? 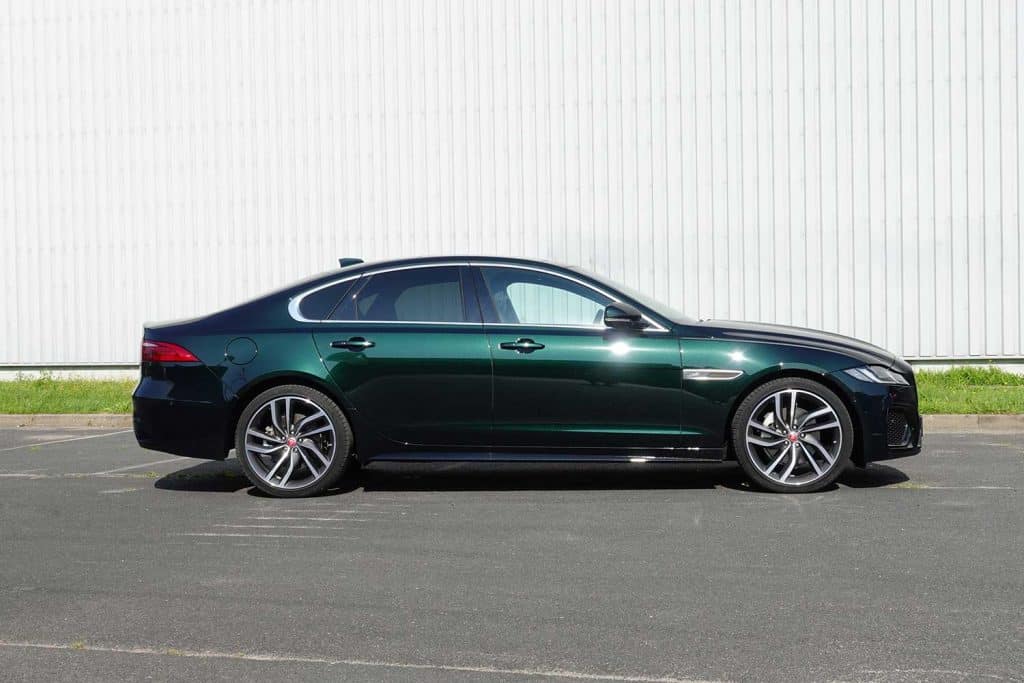 If you don't have seats that fold down at the release of a button like on the 2021 version of the XF, you'll have to try one of two methods to put your seats down.

The first method is a little easier than the second, so it wouldn't hurt to check and see it's possible on your XF model before going with method number one.

Here is another video showing the first possible method:

Option Two for Putting your XF Seats Down

The second potential way to fold those back seats down in a Jaguar XF is slightly more involved than method number one.

That being said, it might feel better because it's less invasive to the car's trunk liner overall. To see if this method is suitable for your Jaguar, you're going to have to get in the trunk. Please follow these steps carefully:

Please note that the opposite side's spring mechanism is not inverted, so you will push the spring apart in the same way on both sides.

Additionally, a thin fabric liner may cover the area between the now-folded down seat and the trunk. You'll have to remove that fabric if you want to store anything long in your new extended back seat/trunk space.

If the written explanation is a little confusing, that's okay. Here is a video explanation that shows exactly how to free your Jaguar XF's stationary backseat:

What is the Load Capacity of the Jaguar XF Sportbrake with the Seats Folded?

To get a better idea of the space available in a Jaguar XF with the seats down, let's look at a specific model. The Jaguar XF Sportbrake is the hatchback version of the XF line, giving it the most cargo space possible for an XF model.

According to the 2021 Sportbrake's specs page, the trunk has 25 cubic feet of cargo space. When you fold the seats down on the Sportbrake, you expand the cargo capacity to just over 60 cubic feet.

What's the Difference Between the Jaguar XF Models?

Based on the information on Jaguar's webpage, there are two different body styles of Jaguar XF. The first is the Jaguar XF Saloon, which is a standard sedan-shaped vehicle. The other body still is the Sportbrake, which has a hatchback shape.

Narrowing it down further from there, each of those types can be split into sub-trims like S, SE, or HSE. Each of these trims and specs increases in luxury and technological features as they go.

Can a Tall Person Fit in a Jaguar XF?

So how big is the Jaguar XF upfront, and can a taller person sit inside comfortably? The Jaguar XF Saloon has maximum legroom of 41.5 inches in the front and 37.6 inches in the back. The measurements are the same for the Sportbrake hatchback version of the XF.

With these legroom measurements, a slightly tall person shouldn't have an issue fitting in the front seat of the XF. But, if you are exceptionally tall, you may want to seek out another vehicle. The same goes for if you'd be required to sit in the backseat of any XF model.

Putting down the back seats isn't as easy on a Jaguar XF as it is for other vehicles. This is because multiple XF styles lead to different ways to put the back seats down.

It's just not a feature that Jaguar values very highly for the XF. But, with some investigation into the trunk area, you should be able to find a way to fold those seats down. All in all, the Jaguar XF has folding seats, just not convenient ones.

Does The Chrysler Voyager Have Stow' n Go Seats?