We all want to help out a friend in need, but if you're asked to jump-start someone's dead car battery, you may wonder if it will hurt your own car. We researched the ins and outs of jump-starting so you will know for sure the risks before you attach any of the cables.

If the proper steps are taken in sequence your car will not suffer any damage when it is jump-starting the battery of another vehicle. In order to minimize this risk, you'll need to be sure that you:

We'll take a look at how to avoid damage to your car when you are jump-starting someone else's battery. You might be curious if jump-starting a car can damage the onboard computer, or if you should jump-start a damaged battery. Read on to find out the answers to these questions and more. 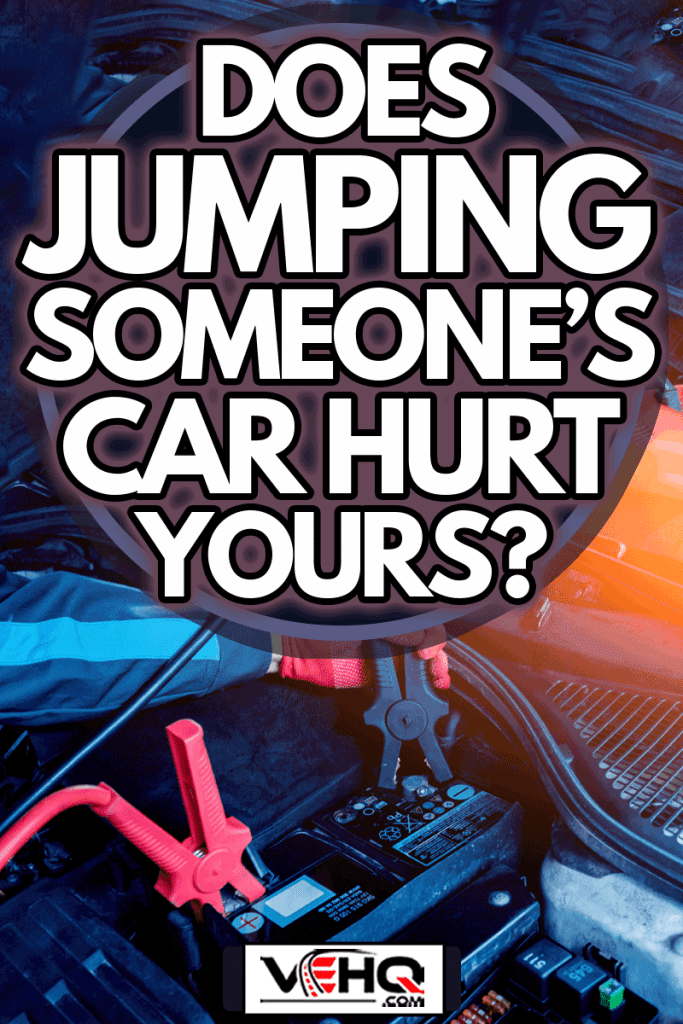 How to avoid damage to your own vehicle 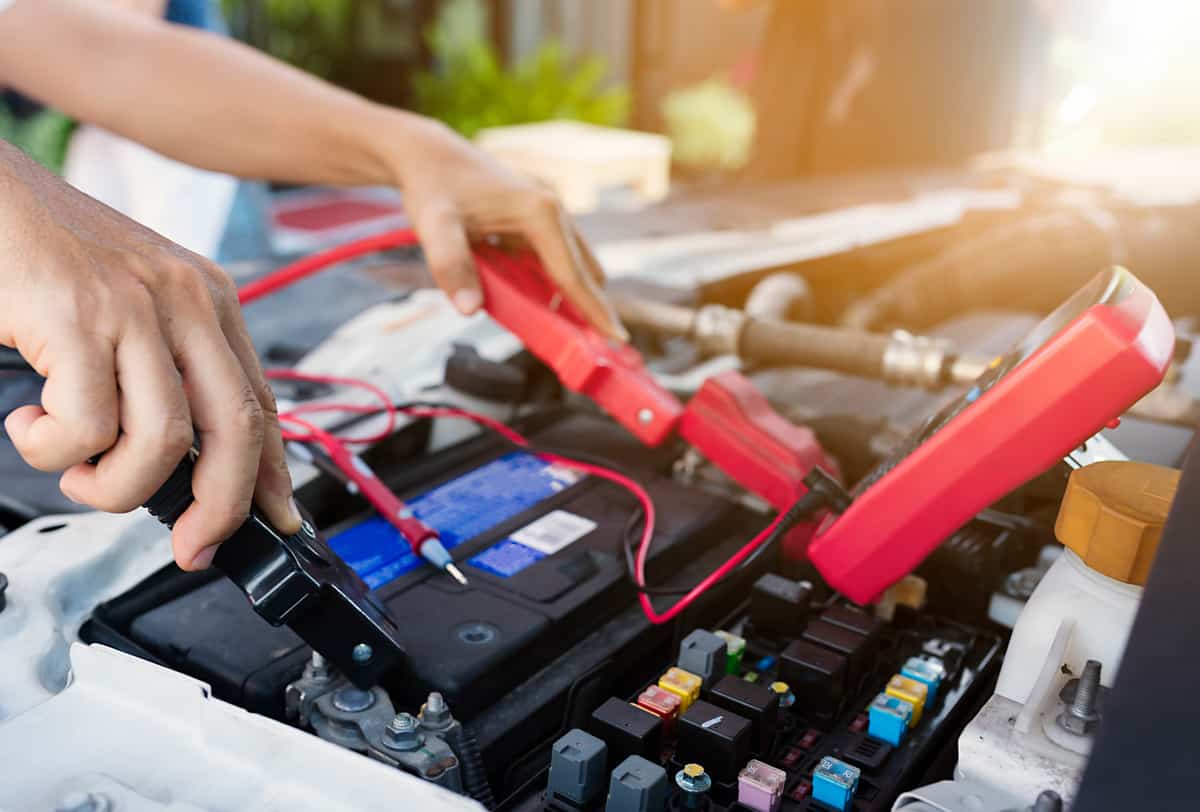 The last thing you'd want to happen when helping someone out is to make a mistake that will result in harming your own vehicle. But so long as you follow these tips, your vehicle and its battery will not be impacted.

Remember that batteries contain powerful electrical charges. Even ones that you think are dead will still likely have enough juice in them to do you some damage. So be very careful with those cables from the moment that they are attached to the first battery terminal.

Crossing up the wires by putting them on the wrong battery terminal will certainly create the risk of damage. Make sure that the positive cable only goes on the positive terminal.

Ahead in this post, we'll go through the steps of how to charge a car battery step-by-step. For now, know that these steps need to be followed exactly, and in the proper sequence, to avoid damage to either vehicle.

Failure to do so can damage your battery or your onboard computer. Pay close attention to what you are doing and memorize the process before you get started.

Keep your own engine running

Never turn your engine off when jumping another person's battery. They are taking a substantial charge from your own battery and will likely leave yours too drained to start unless your engine is running. While your engine is going, so is the alternator.

The alternator works as a generator, constantly charging the battery. But if the engine is off, whatever juice the battery has stored in it can be drained away by jumping another battery. This will possibly be enough to keep you from having enough of a charge to start your own engine when you are finished.

After you jump-start someone's battery, it's a great idea to keep your car running for at least 20 minutes. This will ensure that any charge that has left your battery gets replaced by your alternator.

How to safely jump start a car battery

Serious injury and damage to both vehicles can occur if you don't follow the proper steps on how to jump-start a car battery. Before you get the jumper cables out, know what you are doing. Follow these steps and you'll drastically reduce the risks.

Get your car as close as possible to the dead battery

While jumper cables are long, you'll want to get the donor car as close as you can to the one that needs a charge. Whether parking it alongside or in a position that is facing the other car, do what you can to get the two batteries as close as possible.

Of course, you'll want to make sure that there is room for you to maneuver between the cars so that the batteries can be properly connected.

Batteries can be in different positions based on the model vehicle. But as long as you know what a battery looks like you won't have a problem locating it. The terminals will be at the top, one positive and one negative.

If there is any sign of corrosive material or any gunk on the terminals, be sure to use a rag to clean them as best as you can. This gunk can interfere with the operation of the battery, and can even be why your car won't turn over.

Now that you've located the terminals it's time to attach the cables. 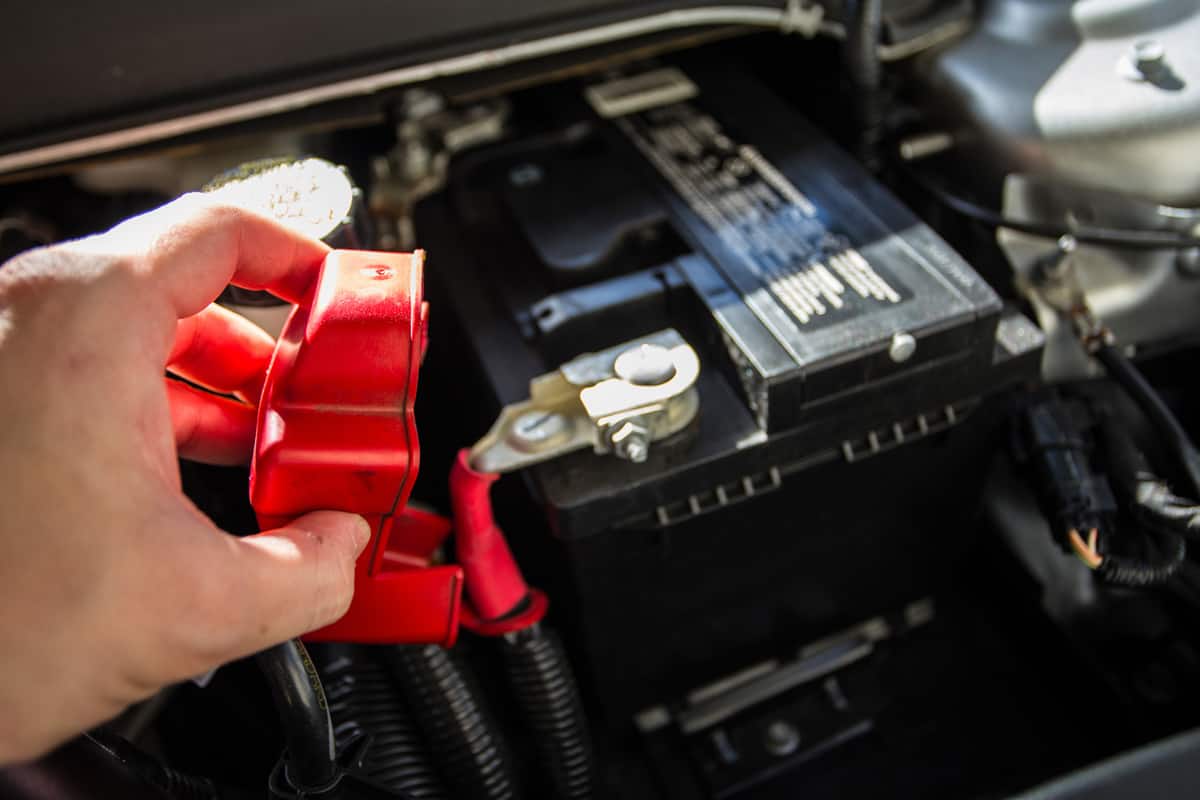 Connect the cables to the terminals

With the engine of the donor car running, identify the colors at the ends of the jumper cable clamps. They will be red and black.

Red is positive, black is negative. Carefully attach the red clamp to the positive terminal on the dead battery, making certain that the red and black clamps on the other end are NOT touching.

If you have someone to help you, have them hold these clamps so they do not touch. If working alone, set them on the ground and make sure they are separated enough not to touch each other.

Start the engine of the car that is being jumped. It should start right up. If it doesn't, then your battery is likely too far gone to be jumped and you'll need to replace it.

After your engine has been started, it's time to disconnect the cables.

Remove the black clamp from the bolt you grounded it to, followed by removing the red clamp from the positive terminal. Making certain that they won't touch, set them carefully on the ground.

Next, move to the donor car. Remove the red clamp from the positive battery terminal. Then, carefully remove the black one from the negative terminal.

Stow your jumper cables away. Be sure that both vehicles keep their engines running for at least 20 minutes so that their alternators have a chance to fully charge the car batteries. 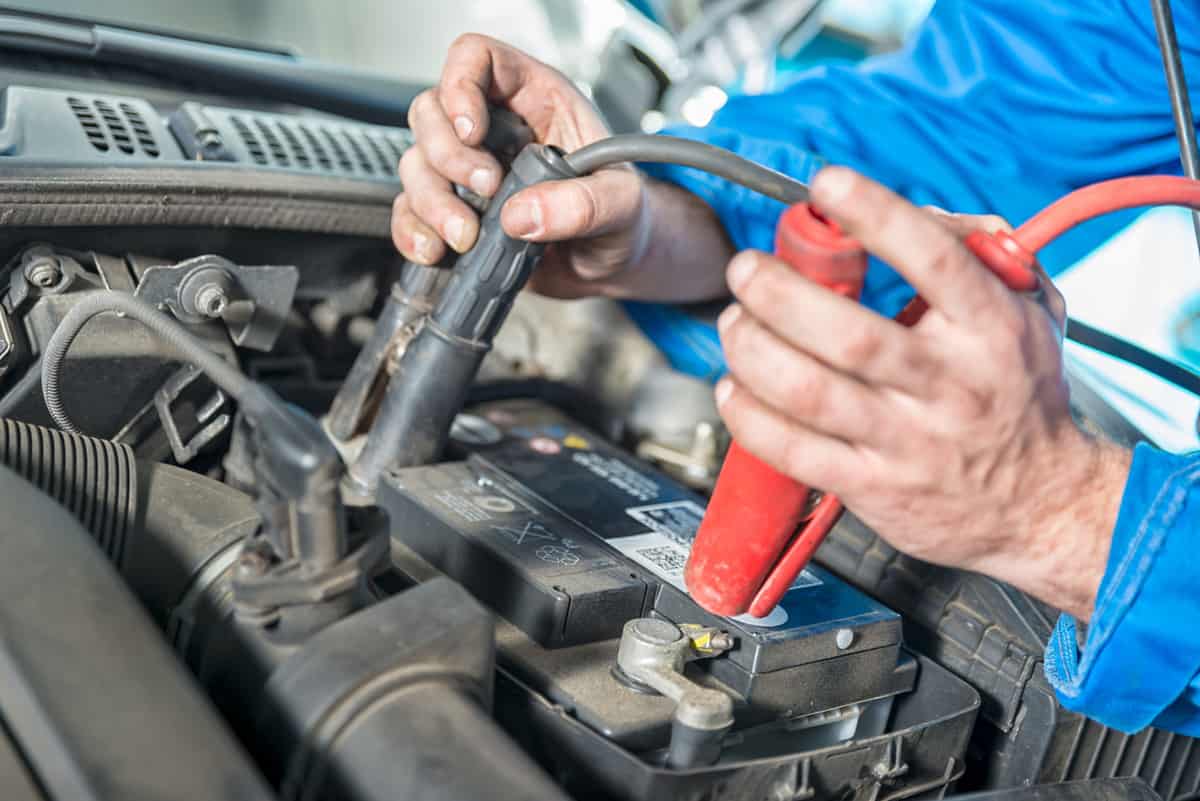 Does jump-starting a car damage the computer?

If you follow the steps we listed earlier in this post, you will not damage the onboard computer when you jump-start someone's battery.

But if you follow the steps out of sequence, or if you cross the lines in any way, you very well could send a surge of electricity that the computer cannot handle. This can damage some of the electrical components in your vehicle in addition to harming the computer.

Can I jump-start a damaged battery?

If you pop open the hood and see a damaged battery, this should send up a red flag. If the battery casing is cracked or if it is bulging in any way, you'll want to replace it immediately.

Attempting to jump-start a damaged battery can result in serious injury. Remember that batteries store corrosive material inside of them, which will severely burn skin upon contact.

A powerful surge of electric charge through a damaged battery can result in the battery acid escaping and exposing you to it. 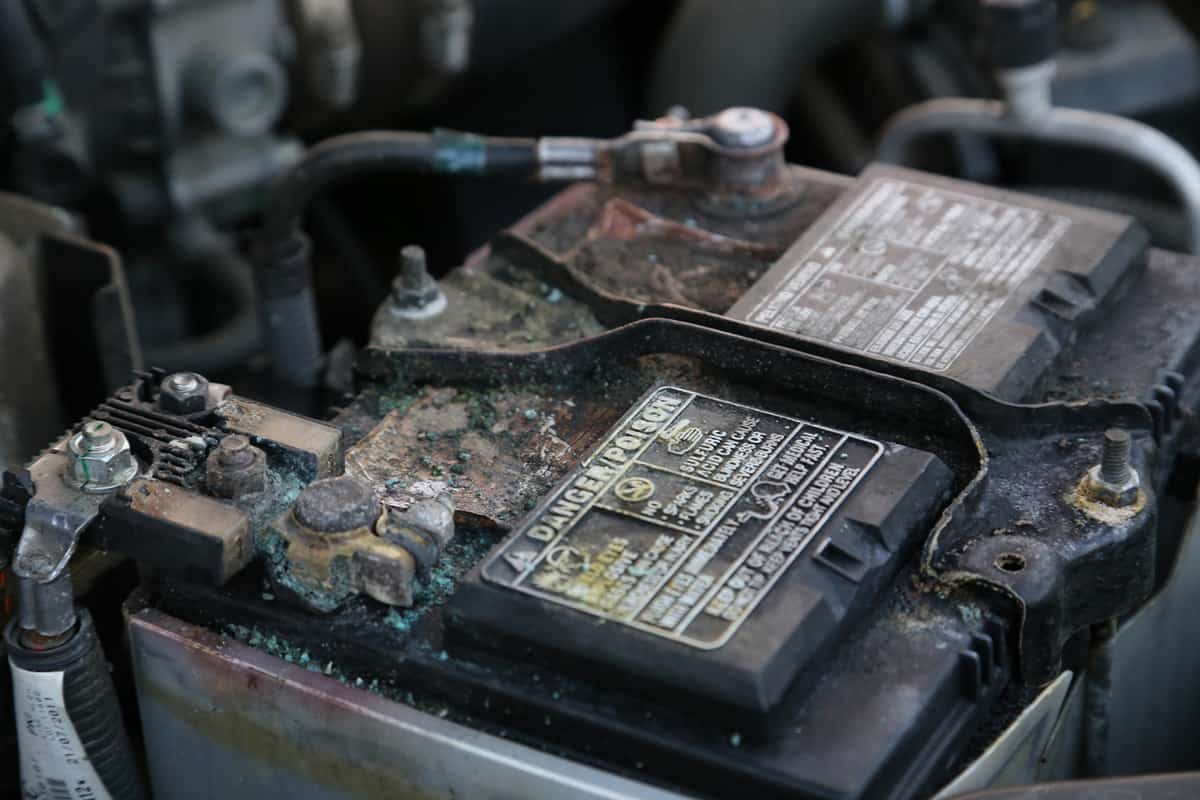 So long as you are careful and follow the steps in proper sequence, you will not damage your car when you jump-start someone's battery.

Failure to do the steps in the right order can damage your battery, as well as harm your onboard computer. If the battery is damaged in any way, avoid trying to jump-start it and replace it immediately. Drive safe!

We hope this post answered your questions about jumpstarting car batteries. For additional information, we suggest reading the following posts: