Are you considering purchasing a Mazda 3 and would like to know which year model and trims have blind spot monitoring? We combed through data going back almost two decades to bring you the most detailed answer you could possibly find anywhere on the internet.

However, each of the Mazda 3 model versions has trims with varying features that may or may not include blind spot monitoring. And the features of these trims change almost every year. But worry not, the succeeding sections dive deep into the differences of each model version, model year, and each trim. Read on! 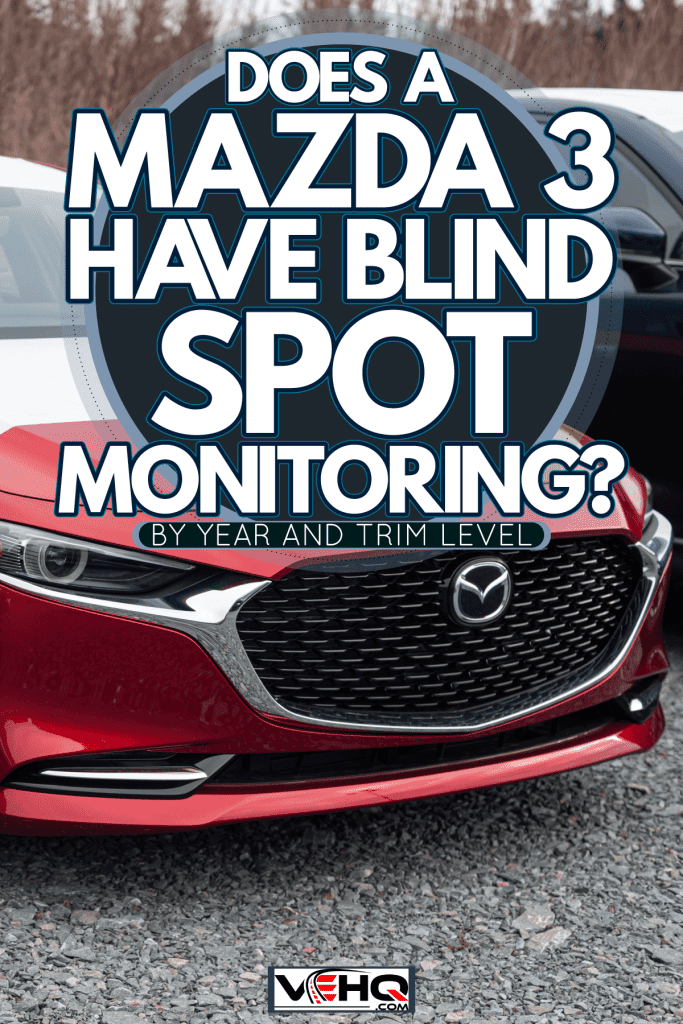 Does Mazda have Blind Spot Monitoring?

Mazda started offering BSM as an optional feature for Mazda 3 Sedan i Grand Touring in 2012.

MazdaSpeed 3 also started to offer BSM as an optional feature on MazdaSpeed 3 Touring—its only trim.

MazdaSpeed 3 Touring still offered BSM only as an optional feature.

Mazda 3 Sedan i Touring started to offer BSM as a standard feature.

Mazda discontinued all trims and models of Mazda Speed 3 in 2014.

Mazda 3 Hatchback i Sport followed suit and started to offer BSM as an optional feature. This is also the first year that all trims of Mazda 3 Hatchback offered BSM—making 2016 the only year where all Mazda 3 trims across two model versions had BSM on offer.

Mazda replaced the discontinued Mazda 3 Hatchback trims with four new trims instead of just three like in the Mazda 3 Sedan models. 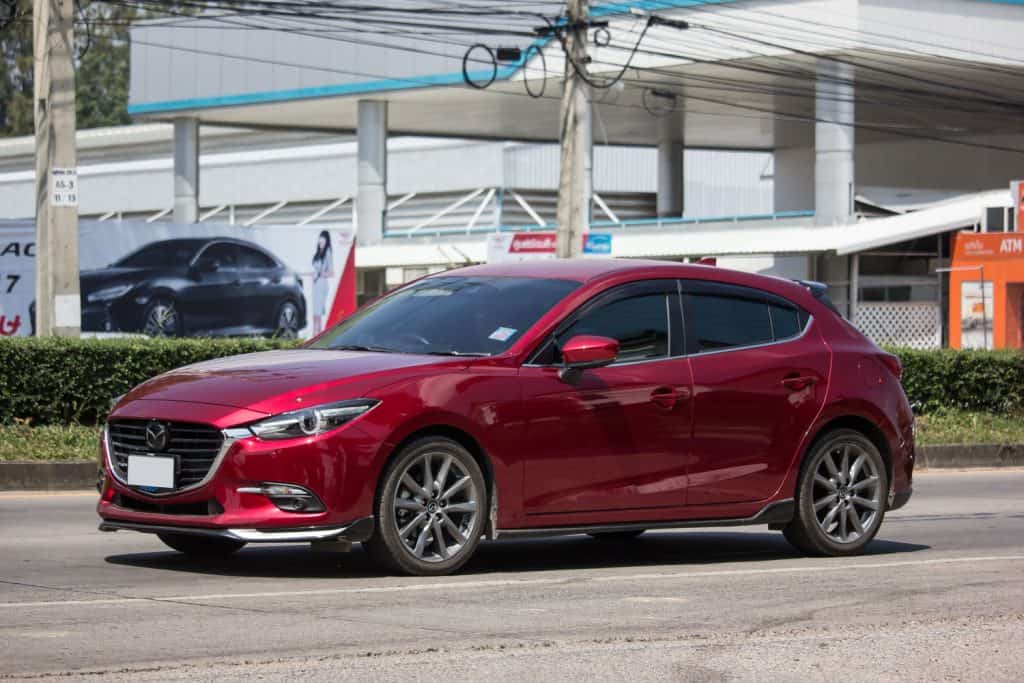 Mazda introduced the fourth generation of Mazda 3 in 2019. With its arrival, it dropped all previous trims for Mazda 3 Sedan and Mazda 3 Hatchback.

The changes to Mazda 3 Sedan and Mazda 3 Hatchback continued until 2020. 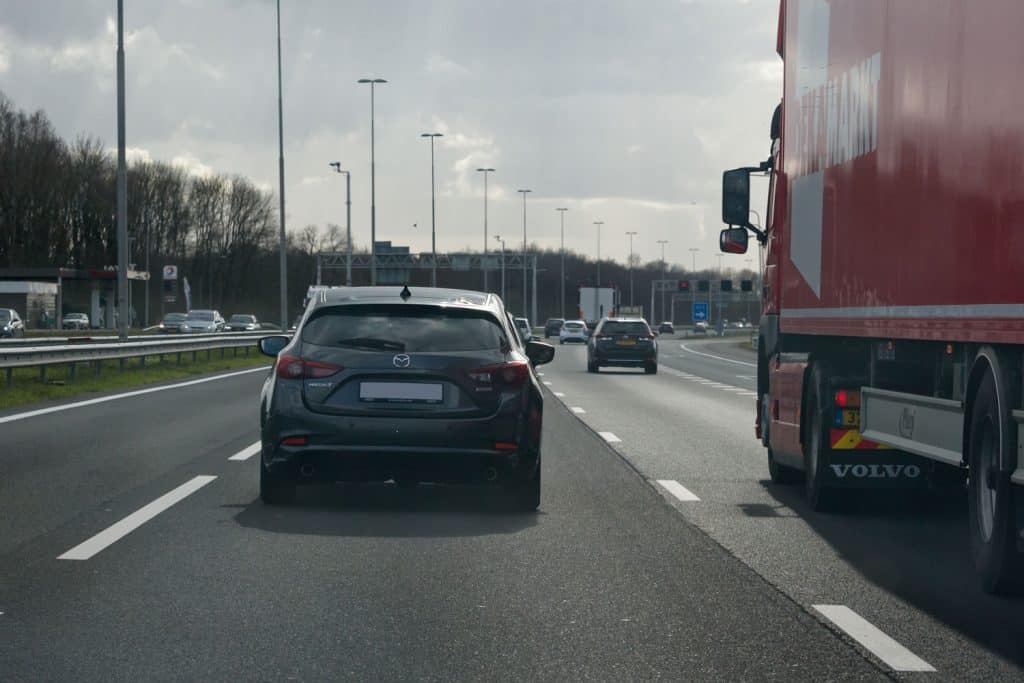 Mazda discontinued Mazda 3 Sedan Standard and replaced it with two new trims. The Mazda 3 2.0 Sedan and the Mazda 3 Sedan 2.5 S. Both did not offer BSM even as an optional feature.

Mazda discontinued two sedan trims and replaced them with two new trims. On the hatchback side, one trim was discontinued and was replaced with a hatchback version of one of the sedan’s new trim.

Mazda 3 Sedan Premium and Mazda 3 2.0 Sedan were discontinued. Mazda 3 Sedan 2.0 was introduced without any form of BSM.

Mazda 3 Sedan Carbon Edition was introduced with BSM as a standard feature.

How much does a blind monitoring system cost?

Do you have a first- or second-generation Mazda 3, and you’re wondering how much it would take to install an aftermarket blind monitoring system on these models?

The most affordable aftermarket blind monitoring systems cost around $250. However, these systems are severely limited in functionality and sometimes even accuracy. These systems include a few sensors and only the very basic indicator technology.

The most accurate aftermarket blind spot monitoring systems use advanced algorithms that greatly reduce the possibility of false triggers. Additionally, sensor accuracy is high. These systems cost more than $500.

If you're looking for an aftermarket blind side monitoring system, check out the Easyguard EBS001 car blind area detection system. See it on Amazon.

Where are the BSM sensors on a Mazda 3?

Now that we’re done talking about each year's model versions, and trims that offered BSM either as a standard feature or option, isn’t it interesting to know where the BSM sensors are installed?

There are two radar sensors installed on both the Mazda 3 Sedan and Mazda 3 Hatchback model versions. They are located on the rear bumper, with one radar sensor on each side.

Why is my blind spot monitoring system unable to detect vehicles?

The BSM system needs to meet certain conditions before they alert the driver even though there is a vehicle within the monitored area of your Mazda 3.

The following are some of the conditions that can cause the blind spot monitoring system to ignore a vehicle.

How do you turn on the blind monitoring system in Mazda 2019? 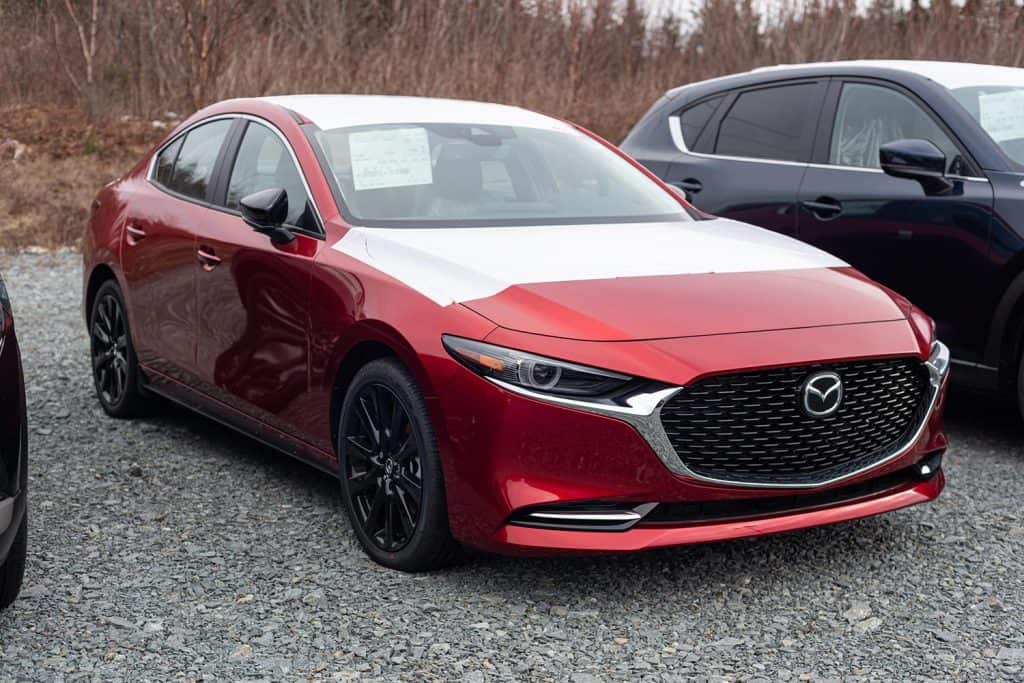 Your BSM system is off when you see the light that says “BSM Off” in your dashboard instrumentation cluster.

Look for the BSM switch to turn it on. Once it turns on, the “BSM Off” light will go away.

How to adjust BSM alert volume?

The BSM alert volume can be changed from the home screen.

You can choose to turn off the volume of the alert. This will mute the beeping alert, but the light signals will still be active. They will light up and signal you as normal when there is a vehicle on the blind side of your Mazda 3.

The Ampper 2" Blind Spot Mirror can show you objects near the vehicle. See it on Amazon.

The blind side monitoring system is an important safety feature that can prevent inattentive drivers from changing lanes into an oncoming car.

Knowing which year model, version, and trim have blind side monitoring is important to know before purchasing a Mazda 3.

If you found this article interesting, then you’d definitely enjoy reading the following:

Mazda 3 Won’t Start – What Could Be Wrong?