Refined and polished, the Mazda CX-9 doesn't disappoint. It's also equipped with high-end technology that you'll definitely revel in! So if you're wondering if it also features a 360 camera; we researched everything to bring the answers to you!

The Mazda CX-9 has a 360 camera that can easily be monitored in the infotainment system. Its cameras are installed in the bumper, door mirrors, and liftgate for optimum security.

The 360 cameras in vehicles offer a lot of advantages and fortunately, Mazda CX-9 has this along with other incredible essentials you'll want in an SUV! Keep reading if you want to learn more about this feature. 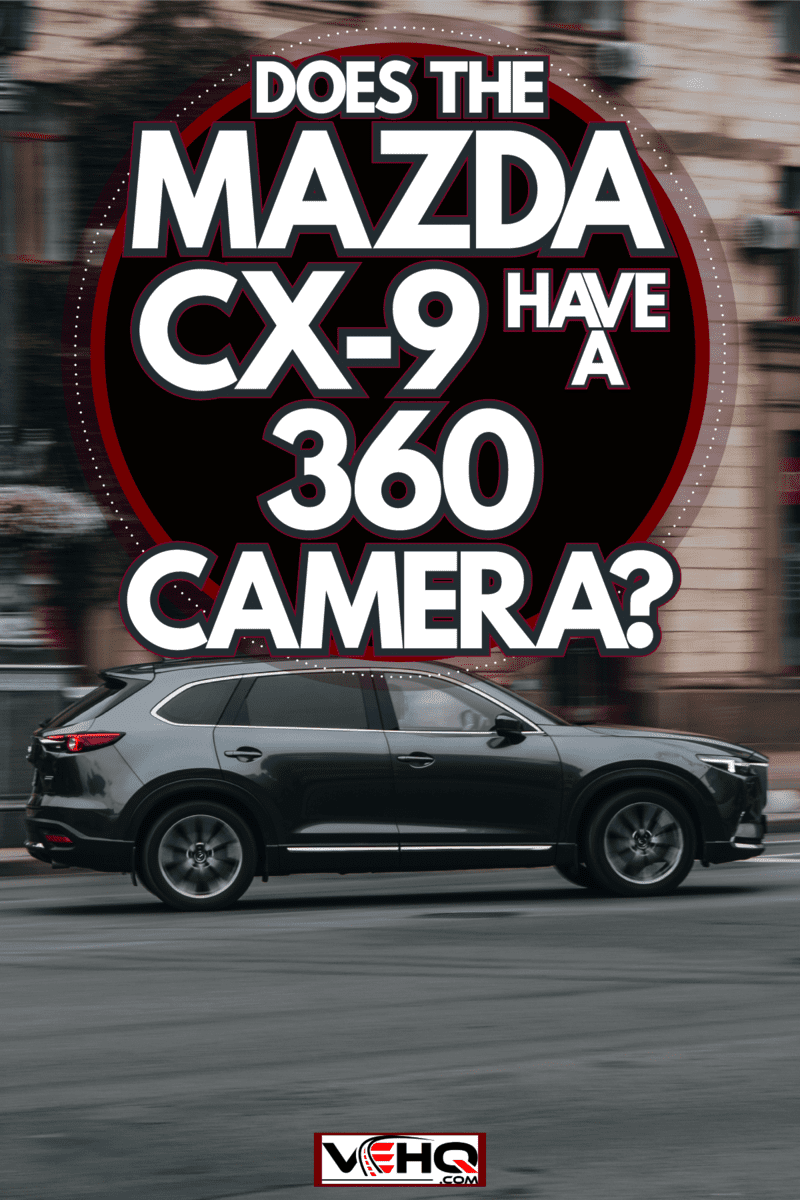 The Mazda CX-9 has a promising 360 camera and monitor that helps assist the driver in checking the surrounding environment.

Its camera and monitor provide various indications at the center display and a warning sound every time the vehicle is at risk in driving at low speeds or when parking. 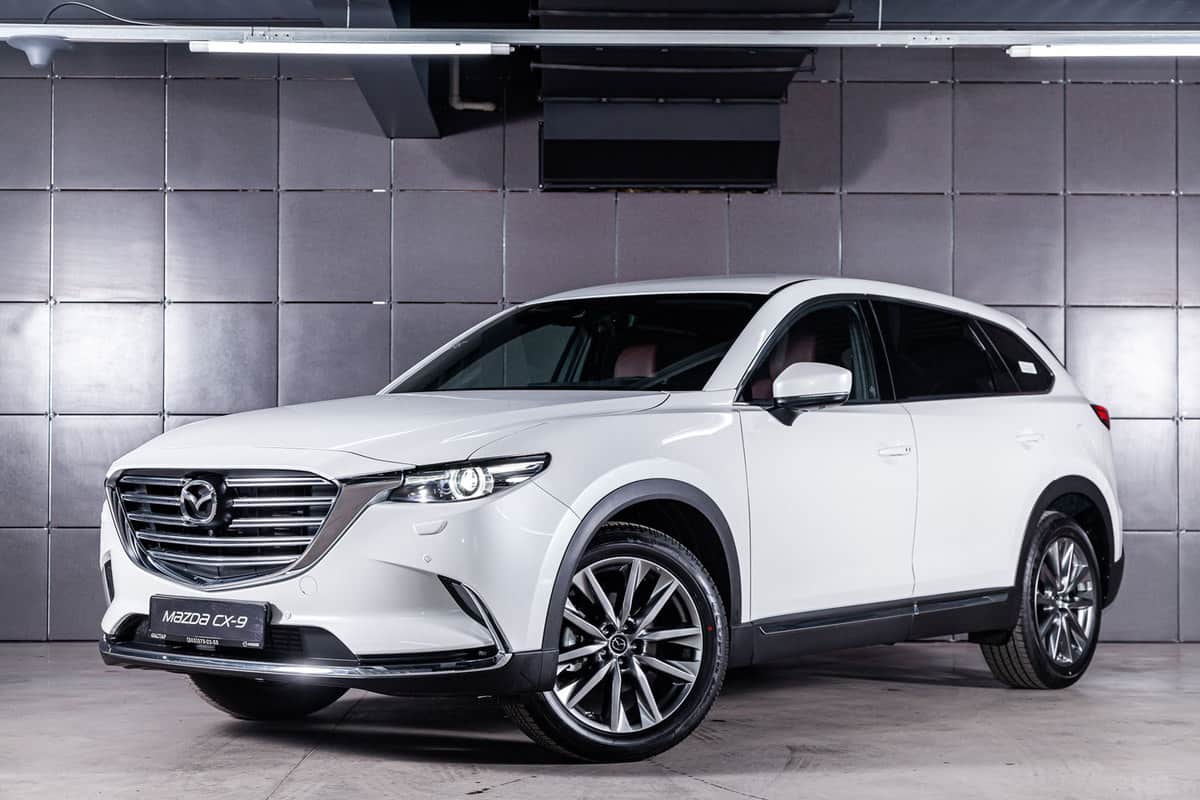 Here is a list of Mazda CX-9 model in different trims and levels that is equipped with a 360 camera:

The top view shows the image of the vehicle directly above the center display. It combines the images that are taken from four cameras set on all sides of the vehicle (top, rearview, liftgate).

The top view displays on the right side of the screen when the front or rearview screens are being displayed.

It supports the driver to visually see and check the condition of the vehicle, especially when it's moving forward or in reverse.

The image of the front view of the vehicle is also shown in the center display.

It helps the driver check the condition of the vehicle's front as it displays guidelines and images of the front side view of the vehicle.

The side-view shows the images of the side of the vehicle, and this is also shown in the center display.

It assists the driver by checking the front sides of the vehicle and displays guidelines and images taken from the left or right side of the vehicle.

The rear wide view is also seen in the center display.

This helps the driver check the rear view of the vehicle. It shows guidelines on what is at the back of the vehicle. This is really handy when it comes to parking and driving on highways.

You can take a look at this YouTube video by Sport Mazda South that demonstrates how the rearview backup camera works.

Mazda CX-9's cameras also offer a great advantage that helps in the functionality of its parking sensor system.

This system has ultrasonic sensors that can automatically detect obstructions near the vehicle in cases where it's driving at speeds about 1o km/h (6mph) or less.

It also assists during parallel parking and notifies the driver of the approximate distance from the vehicle. It beeps as a signal of an obstruction detection indication.

For specific numbers of the sensor's detection range, you can refer to the Mazda CX-9's owners manual. This is crucial so that you can confirm the detection limits of the sensors.

The 360 camera and monitor synchronizes with the RCTA system. This system is designed to check the rear side of the vehicle on both sides during reverse. It alerts the driver of the presence of other vehicles approaching the left or ride side rear of the vehicle.

This system operates when the selector lever is shifted to the reverse position. Any possibility of a collision with any approaching vehicle automatically activates the Blind Spot Monitoring that's indicated through light flashes on the screen and warning beep on the system.

However, this system is only designed to check vehicles at the rear when putting them in reverse. There are certain limitations when operating the system.

For additional insight and guidelines on Mazda CX-9's 360 camera, you can watch this short clip by Mount Gravatt Mazda for some tips and tricks.

What Are The Pros And Cons Of Having A 360 Camera In Your Vehicle? 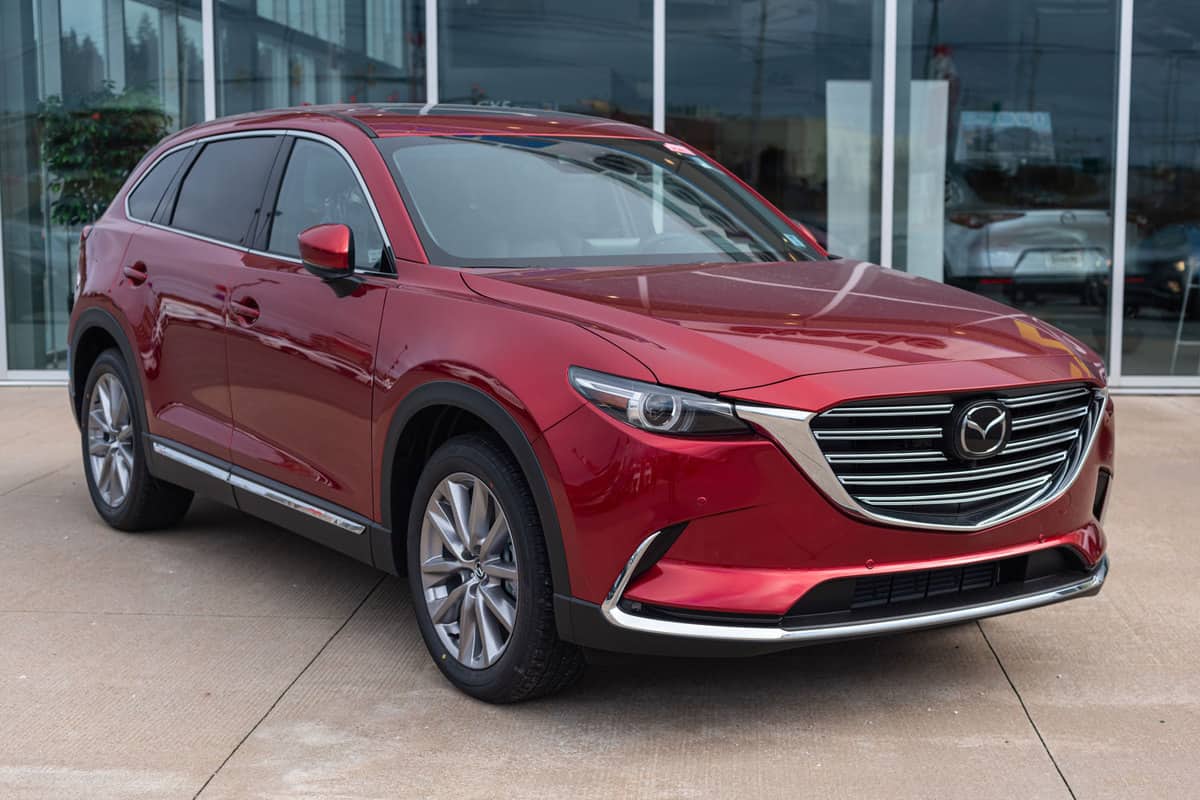 The National Highway Traffic Administration mandated all new vehicles under 10,000 pounds manufactured after May 18, 2014 to make backup cameras compulsory.

NHTSA required that the backup camera must show a 10-foot-by-20-foot area behind the vehicle. Because of this, some car manufacturers put in some extra effort to add additional cameras to give buyers a 360-degree view.

It is guaranteed that this feature has lots of advantages, but it's important that we also look through its drawbacks as well.

A 360 camera surely is a convenient feature for your vehicle, but the driver should ensure safe driving and vehicle handling.

Can You Install A 360 Camera In Your Car? 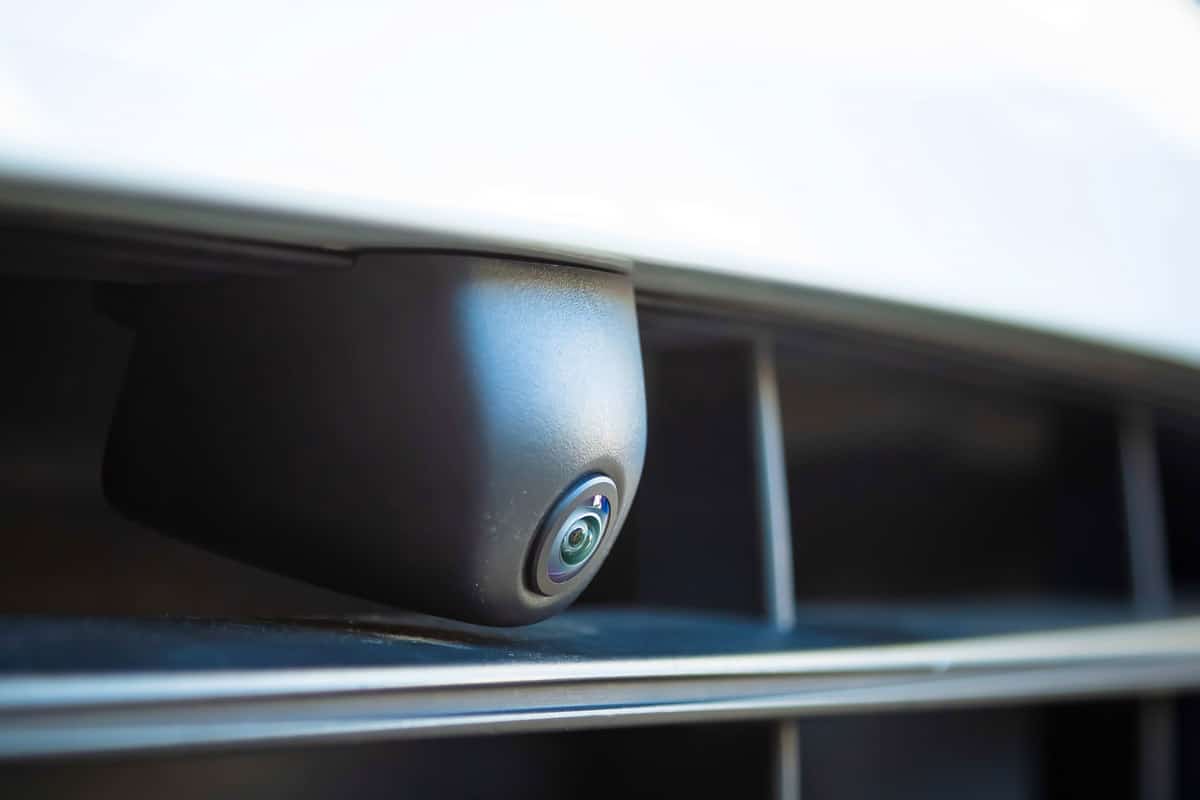 There are available aftermarket 360 camera kits you can choose and buy for your car. Most of these kits include a bunch of cameras and a controller to connect to your car's infotainment system.

But you should not hold your expectations high as these cameras may not match the authenticity of factory-installed ones.

Factory-installed cameras are specifically designed to fit model dimensions and trims. It's also tested by prominent manufacturers which gives it enough merit for use.

Although aftermarket 360 cameras are quite difficult to install and aren't as exact as the factory ones, this is still a better option than having no cameras at all.

You may want to check out this Car 360 Degree Bird View from Wevision. It provides an aerial view, round view, and panoramic view of your car's surroundings. It also includes an HD Sony chip lens with a night vision function. Plus, it's waterproof!

See this Wevision's 360 camera on Amazon.

How Do You Protect 360 Camera Lens? 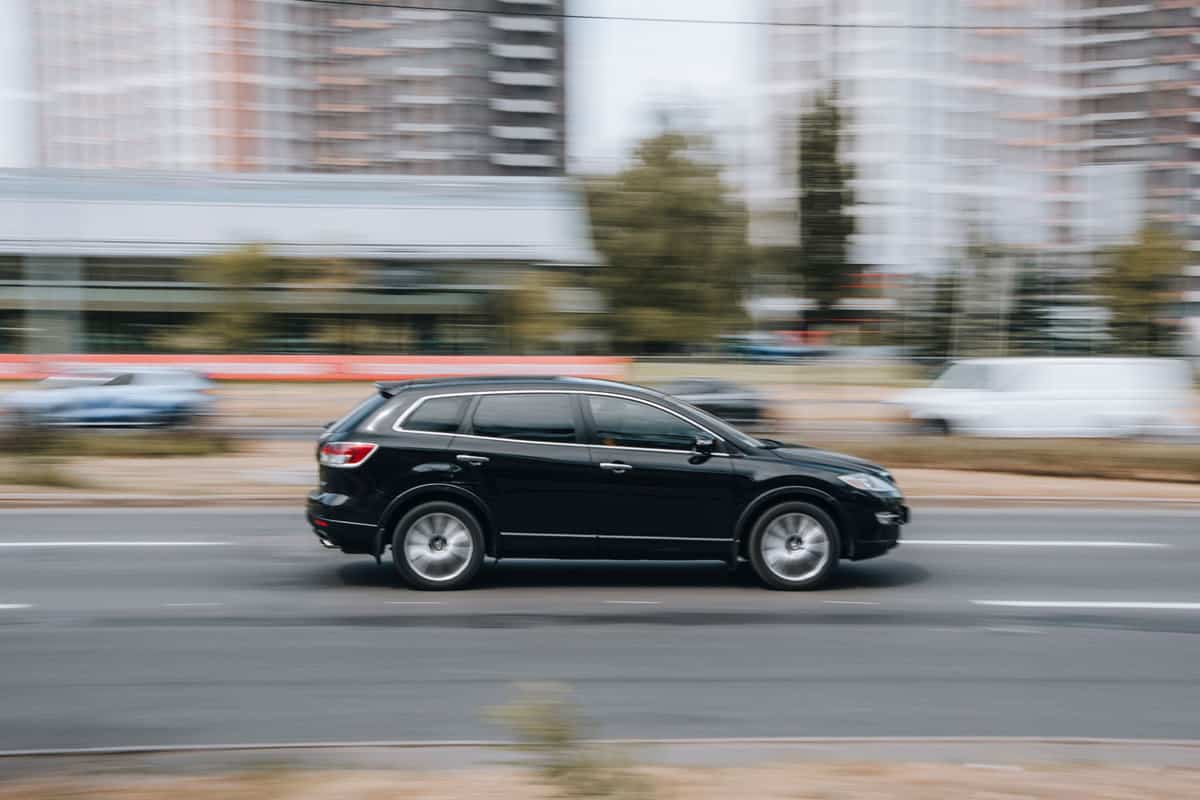 Most backup cameras are treated with different chemicals to help the lens withstand scratches, moisture, and all sorts of weather. These chemicals also help in keeping the camera's image quality sharp.

One of the best ways to protect your vehicle's 360 camera is to regularly clean the lens. It's safe to use isopropyl alcohol on most 360 camera lenses, but most automakers recommend water or a non-abrasive cleaner as the safest alternatives.

You should also make use of a soft cloth to wipe away dirt and debris found in the lens. For further tips on how to care for and protect your vehicle's 360-degree camera lens, you might want to watch EM Cars' video: 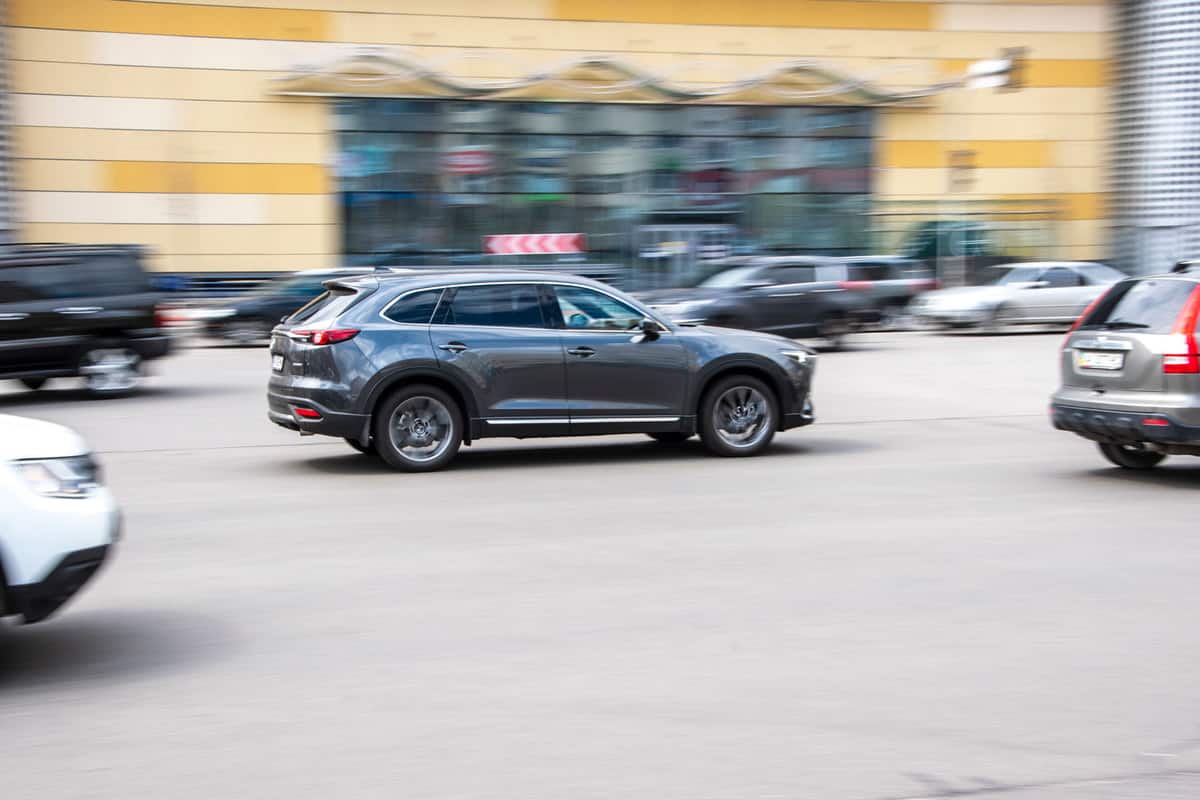 Mazda CX-9's infotainment system has a standard 10.5-inch screen equipped with the latest edition of the Mazda Connect System.

Its premium center display brings Apple CarPlay and Android Auto connectivity. With this, your smartphone easily connects to the vehicle's device to bring all your favorite applications in.

Not only that, but its infotainment system also has an available SiriusXM Satellite Radio. It also comes with a SiriusXM traffic and travel link that provides weather updates, sports scores, fuel prices, and so much more.

It has a wireless phone charger available at the Carbon Edition trim level and a  Mazda Navigation System that can come in very handy on the road.

Over and above all of that, there are still a lot of interesting features you'll surely want to know more about! You can have a sneak peek at all of this on Park Mazda's video:

Supercar TV's YouTube video can also give you a run-through of the interior and exterior highlights of the all-new 2022 Mazda CX-9. Check this out! 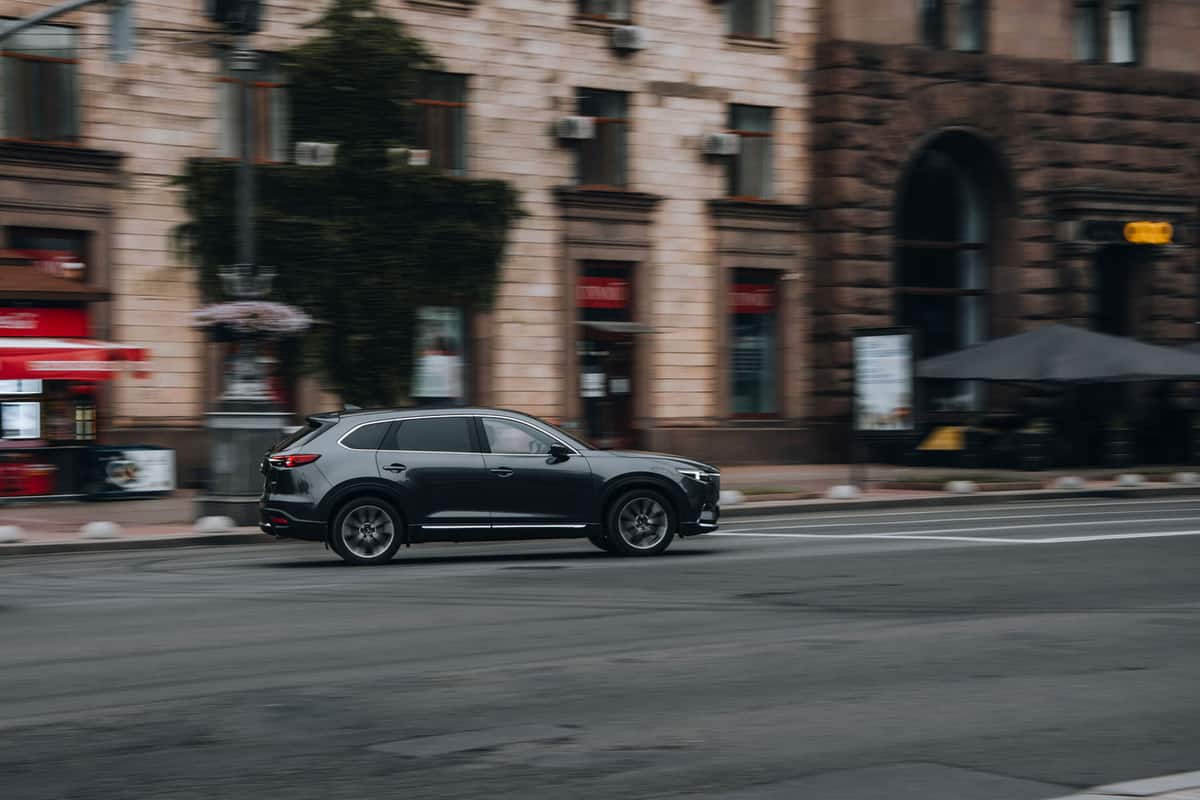 The Mazda CX-9 has a 360-degree camera that provides you with the ultimate assurance of great technology and driving safety. Now that you know all about this feature, you should know its basics to utilize it properly. Drive safely.

If you liked this article, you can also check out these related posts: