If you've started comparing cars or shopping for a new one, you might have noticed an option that you're unfamiliar with. Active suspension is now one of many features you can compare, but what does that mean? What is active suspension? Does your car have active suspension, and how can you tell? We've checked with automotive experts to determine just what you need to know about cars with an active suspension system.

Active suspension systems are controlled by an onboard computer system. If you don't have a newer, computerized car, you don't have an active suspension system. Older cars and lower-end "cheap" model cars simply don't offer this feature.  If you suspect that your car might have active suspension, check with a dealer to see if it's available for your model type. You can also try checking the VIN number with an online VIN decoder. This will tell you more about your car, and sometimes indicates the suspension type. If you're considering buying a car, make sure to have an active system checked by a qualified professional before signing any papers. 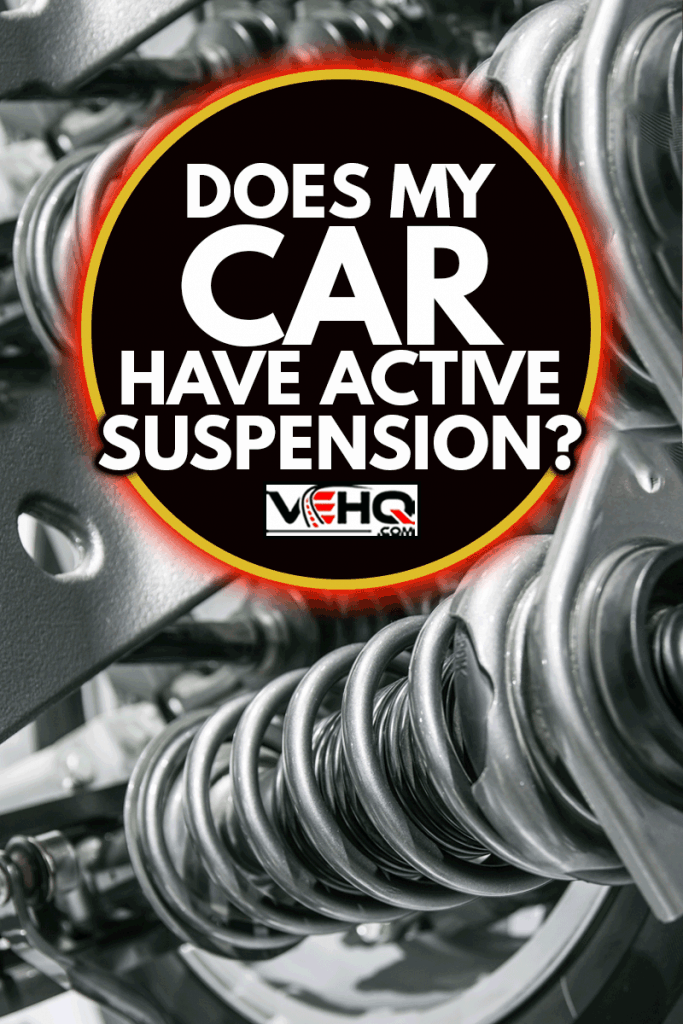 What Is Active Suspension?

In any car, the suspension is an important factor in a smooth, comfortable ride. It's an entire system of parts, including mounts, shock absorbers, struts, springs, and more. The suspension is what ties the car frame to the wheels, allowing it to adjust smoothly as it drives rather than bouncing wildly and jarring the driver. It also helps the wheels move together and stay on the road. Typically, the front wheels are linked to move together as one unit, and the back wheels are linked similarly.

In a passive system, the springs and shocks respond to the road's terrain. For example, if you hit a bump, it can absorb some of the motion of the car and reduce "bouncing." This is the older version of suspension and is still common in most cars. 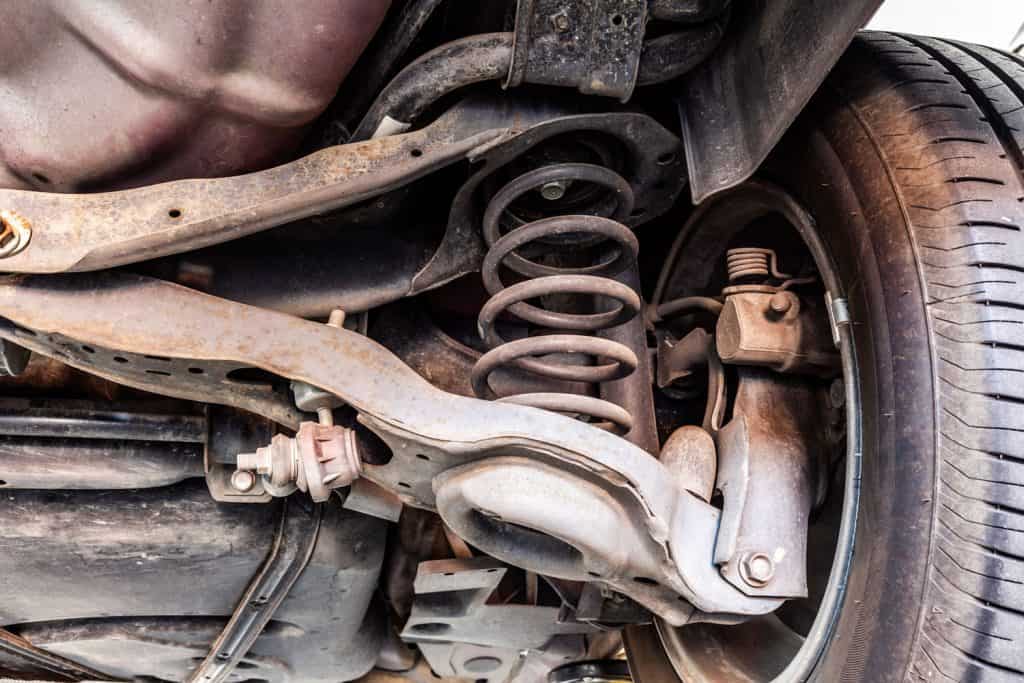 In an active system, an onboard computer system controls the suspension. The system controls different parts, telling each specific piece how to respond to changes in the road. A passive system works the same between all tires, but an active system actually dictates and adjusts in a more specific manner. It's constantly receiving feedback from the changes on the road, sending it to the computer, and making adjustments. It's a more advanced technology with better results but also costs more.

You can read more about active versus passive suspension systems here.

What Components Are Associated With Active Suspension?

Active suspension systems can also be referred to sometimes as Computerized Ride Control. There will always be at least one computer managing the suspension. They also come with adjustable shocks and springs, and an actuator or servo on top of each shock and spring. Sensors at each wheel and throughout the car offer feedback to the computer system.

It's a case of "an owl is a bird but a bird isn't always an owl." The term adaptive suspension tells you more about how the suspension system works. The two versions offer specific insight into just what tasks they can do.

How Does Adaptive Suspension Work?

The two kinds of active suspension can do different things. Adaptive suspension isn't quite as complex, but it's plenty for most average drivers in average cars. Why spend lots of money on a more elaborate system that suits a race car if you aren't trying to...well, race your car? 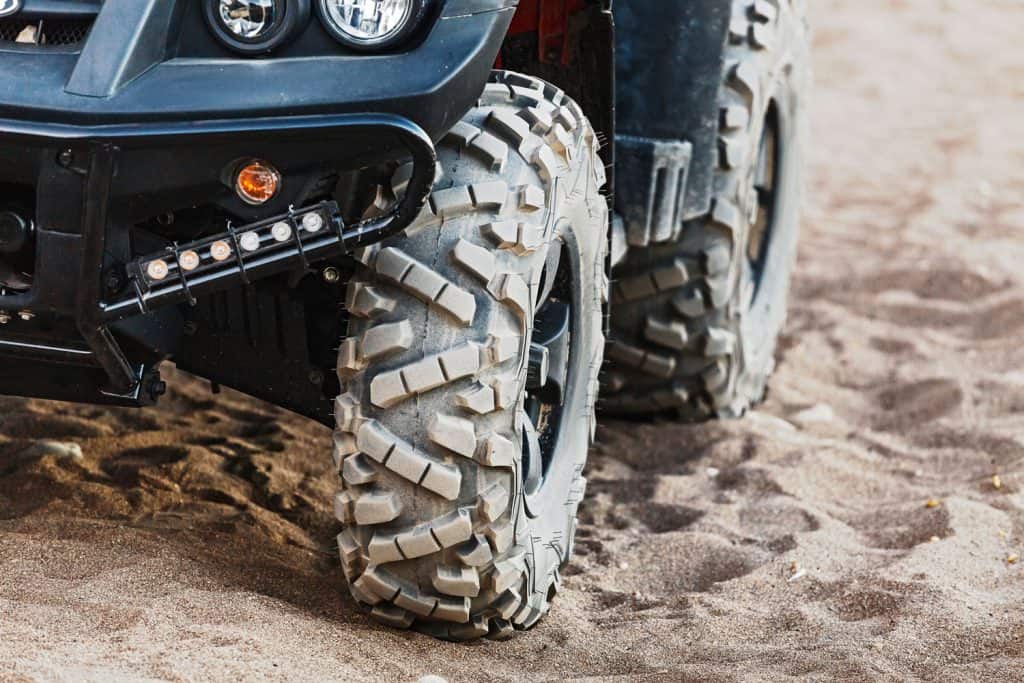 How Do I Check My Car Suspension?

The easiest place to start identifying suspension problems is just by looking at the car when parked. Many vehicles are designed to sit so that the front rides a bit lower than the back, and this is often a normal thing to observe. However, if you look at the car head-on, you may notice the left or right side seems a bit lower than the other side. This noticeable unevenness is a quick indication that something in the suspension may have failed.

You can also push down on the hood of the car and observe how much it bounces. A lot of bouncing is another bad sign. However, if you're not very familiar with different cars, it can be hard to tell. Just how much bouncing is too much? It's a bit vague until you get used to what the car "should" look like.

Check the tires for uneven wear. As a general rule, the tires should wear fairly smoothly across. If you rotate your tires regularly, there's no cause for unevenness. If there's a lot more indication of wear on one side of the tires, you need to take a closer look for suspension problems.

Of course, getting in and driving the car may be the best way to tell. Too much bumping and bouncing is a sign of a suspension unable to do its job. Sometimes, you might even hear squeaking as the system tries to keep up with a rough road. The wheel may pull during turns, or be slow to respond. And again, you may hear indications of a problem during turns - knocking, squeaking, or creaking need examination.

If you suspect something is wrong and want to take a closer look, this video is a helpful illustration:

Can You Drive With Bad Suspension?

If you're uncomfortable with the cost of fixing your suspension, it might seem natural to wonder if you can't delay it for a bit. Couldn't you keep driving your car, at least for a while, and take care of it when you have the funds?

Even for someone struggling to afford the cost of repairs, it's not a good idea to delay. The suspension supports the entire car. Putting it off will only stress other parts of the car. This has a cascading effect - one repair turns into three, which turns into five. Before long, that already expensive bill triples. And not only that, it isn't safe. There are too many parts that can fail without warning, potentially causing a deadly wreck if you should be driving at the time. Leave the car in the driveway until you can get it road-worthy again. 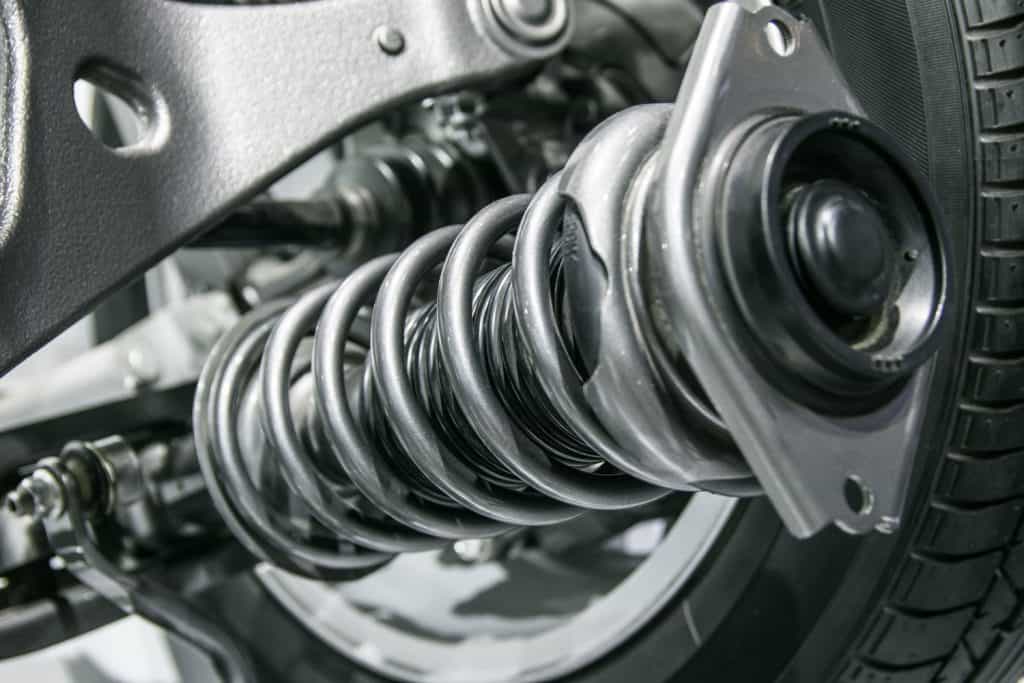 Hopefully, after reading this article, you have a better idea of just how active suspension works and how to identify if your vehicle has it. Regardless of the type of suspension system you have, be sure it's in good working order at all times!