For those who drive in parts of the country with snowy winter weather, having a vehicle with a snow mode option is an advantage. But this technology isn't always available, even on newer model cars.

If you are considering a Tesla and want to know if snow mode is available, we can help. We researched Tesla from multiple professional sources so that you'll know what it has to offer.

Tesla does not offer a snow mode that you can engage in. But the vehicles are designed to automatically limit the power to the wheels once traction has been detected to slip.

Now that we know that Tesla doesn't have a snow mode, we'll look at how this vehicle is designed to handle snowy roads. You might also wonder how long a Tesla will last in the snow or if there are cold weather effects on the Tesla battery.

For the answers to these questions and more, read ahead in this post and see what we've discovered in our research.

How Tesla is designed to drive in snow

Driving an all-wheel drive vehicle gives you a significant advantage when the roads are slippery. Whether it's snow, ice, or rain, having wheels that can exert traction independently of each other prevents the tires from needlessly spinning. This technology also keeps you in control of the vehicle.

Many model cars, trucks, and SUVs will have a snow mode that the driver can engage when the roads are slick. Though Tesla doesn't have a mode that can be switched on and off, it does have design features that make it feel like a snow mode has been utilized.

An aggressive traction control setting will take over when the Tesla detects that one or more of the tires are beginning to spin on the roadway. While this automatic feature reduces the power, it functions as a safety mechanism so that the operator can retain control of the vehicle.

How long will a Tesla last in the snow?

Some parts of the country get blanketed in heavy winter snow, sometimes catching unsuspecting travelers off guard. Getting snowed in while driving can be a terrifying ordeal and one that puts a person's life in jeopardy.

When temperatures drop below freezing, keeping a vehicle warm might mean the difference between life and death.

A vehicle with an internal combustion engine will emit carbon monoxide fumes that can seep into a vehicle if it's not properly ventilated. This creates a whole set of other dangerous factors. But as the Tesla is all-electric, it can run safely while it is banked in the snow.

A Tesla can sit idle with the heater on for more than 48 hours on a full charge. Hopefully, you're never in a situation where you would need to be in your car this long. But know that in extreme circumstances, the Tesla battery will last. 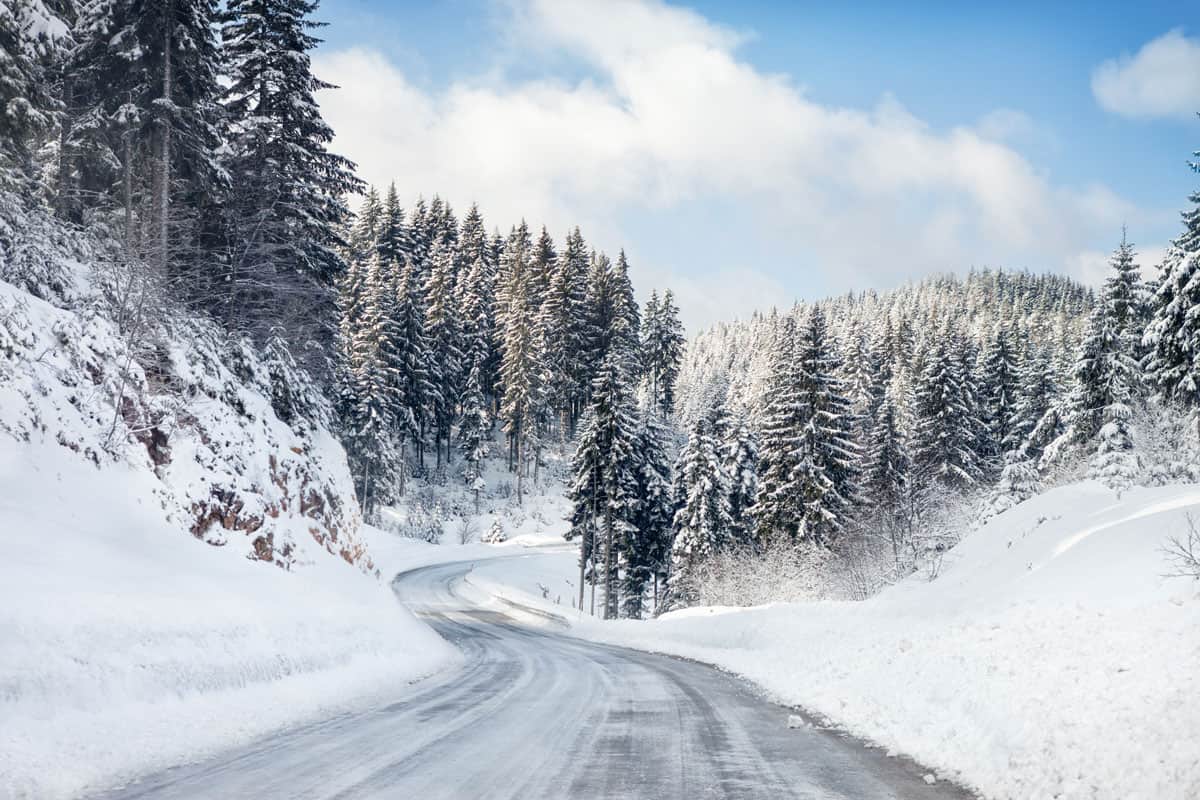 What are the cold weather effects on a Tesla battery?

The Tesla battery is a tough machine meant to last in extreme conditions. But just because it can withstand heat and cold doesn't mean that the elements won't have an impact on it.

If you live in an area with a lot of single-digit and sub-zero temperatures, expect it to drain the Tesla battery.

Tesla owners in Canada report that their batteries diminish as much as 30% when the mercury reaches zero Fahrenheit.

The extreme cold temperatures will also keep the vehicle's regenerative braking system from working until the Tesla has warmed up enough. This adds to the battery power being impacted.

A great tip these owners offer is to set your battery to charge overnight. Schedule the charging to last until the very last moment before you leave your house. This keeps the battery warm, at least, and less likely to suffer from the cold temperatures it will be driving through. 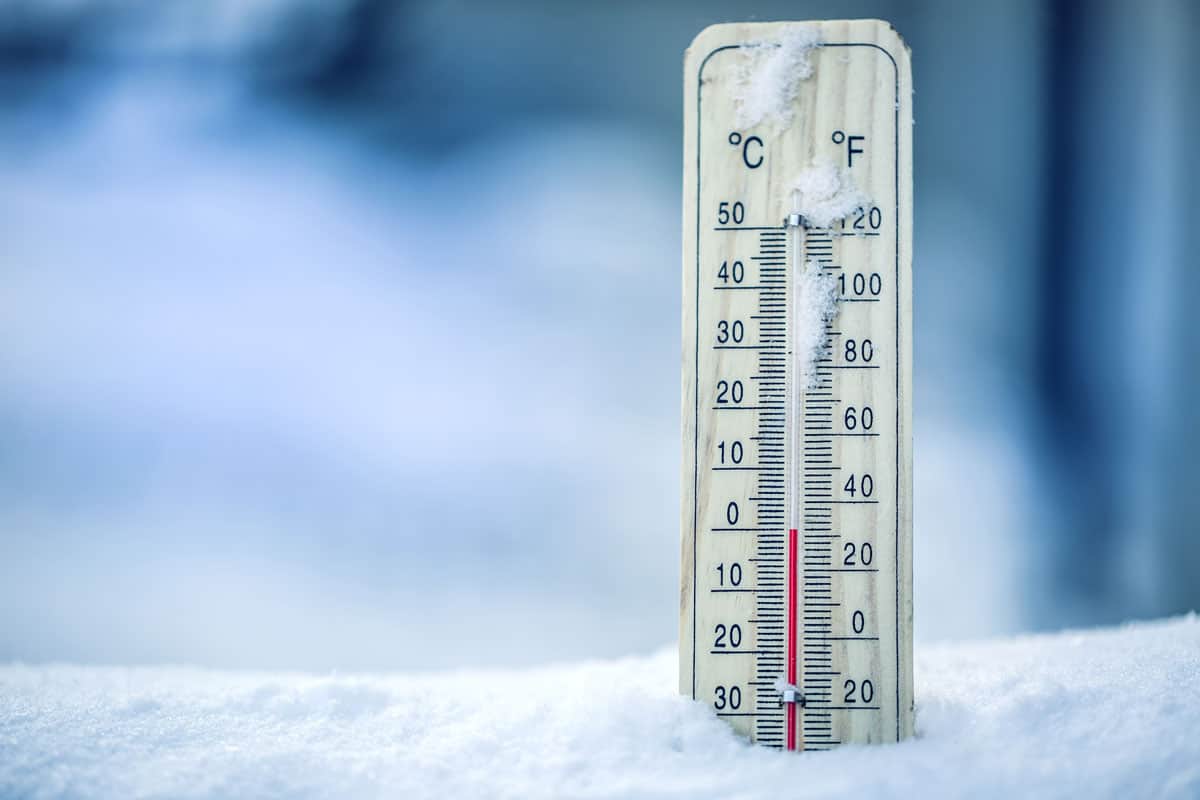 How long will a Tesla battery last?

All-electric vehicles rely on a good battery to keep them moving on the highways. For the cost of these cars, consumers are looking for models that will last. And if you've ever priced replacement battery packs for one of these vehicles, you will understand why.

Tesla stands proudly behind their vehicles and boasts that their batteries have the staying power that will more than offset the cost of getting a gasoline-powered vehicle.

Whether it's the longevity of the Tesla battery or how long you can drive one between charges, you'll probably find that statement to be true.

Tesla designed their batteries to last.

A well-maintained Tesla should last upward of 300,000 miles before the battery would need to be replaced. But many Tesla owners have reported that their models have far exceeded the half-million-mile mark.

Though a more expensive model car than one that is gasoline-powered, how many of those can say they have this amount of longevity?

Tesla offers a healthy warranty for their batteries as well. The manufacturer will cover this vital part for eight years or 150,000 miles, whichever comes first.

Depending on how far your commute is, you might not need to charge your Tesla more than once a week. These vehicles range between charges from 272 miles to 405 miles, based on what model you are driving.

The average driver puts less than 300 miles on their vehicle each week. This would mean that some folks could go a lot longer between charges.

Should I plug my Tesla in every night?

Earlier in this post, we mentioned that many Tesla owners might not need to plug their cars in more than once a week. How far you drive, and the temperatures you drive in are significant factors here.

But regardless of these variables, it's still a good idea to "top off" your Tesla's battery each night.

By putting your Tesla on the charger, you're making sure that you will have the maximum miles available to you the next time you jump into the driver's seat.

You never know when an emergency might arise, requiring you to drive a good distance. A battery that only has 30% of its charge when you need it to be full can be a big problem.

Plug it in for a bit each night to be sure. As they say, expect the best, but prepare for the worst! 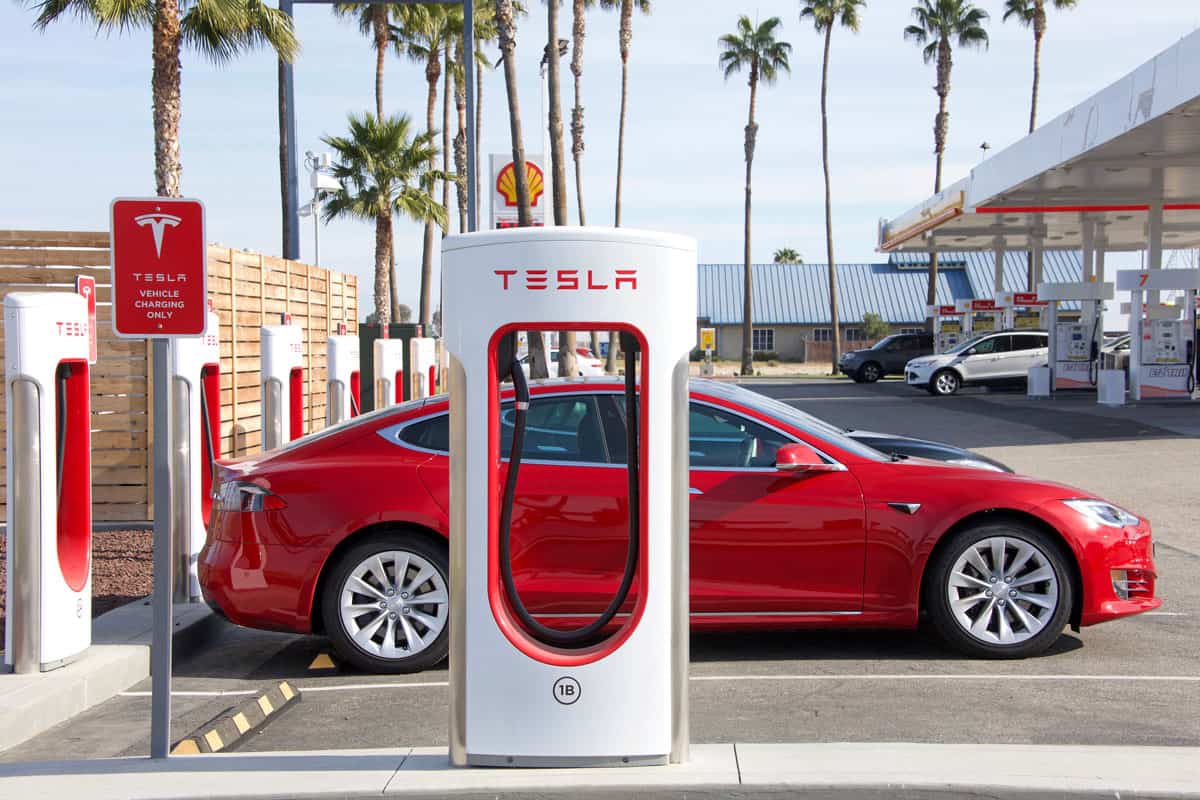 Does Tesla increase the electric bill? 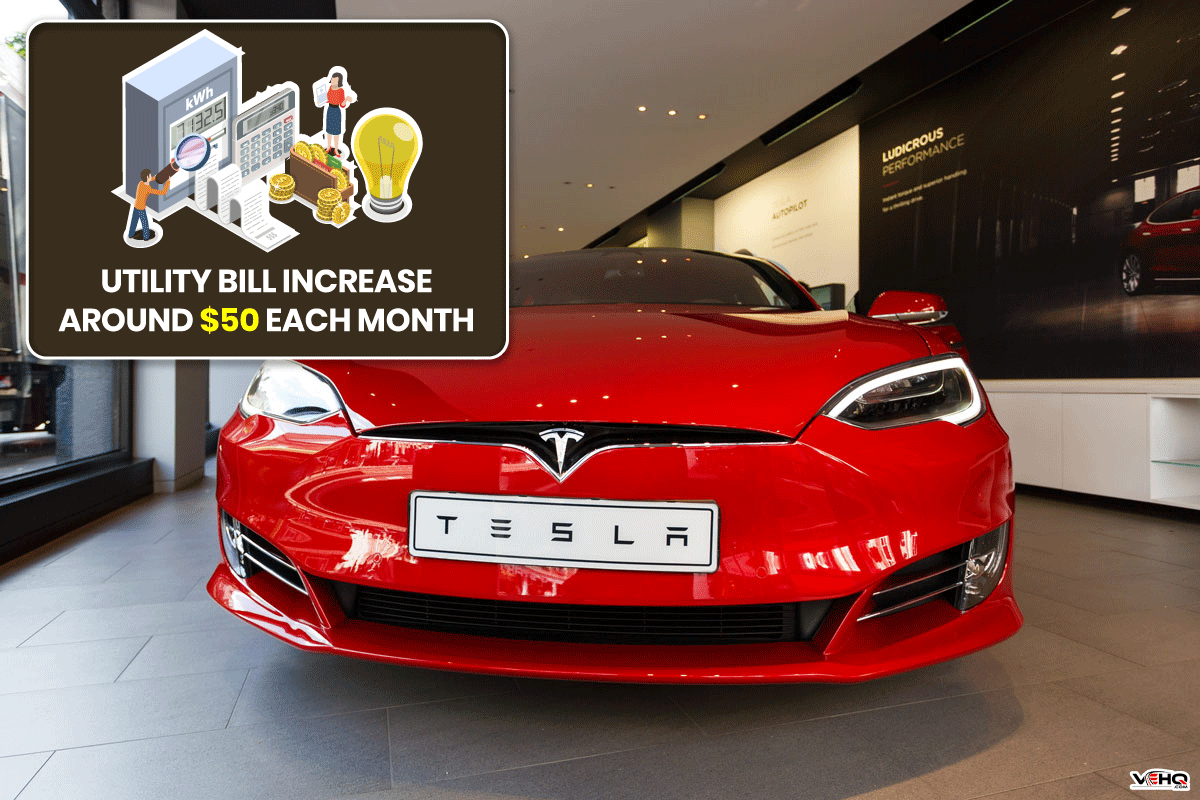 One of the great benefits of owning a Tesla is not having to pay high prices at the gas pump. But the fuel to power a Tesla has to come from somewhere. And it's certainly not going to be free.

You'll find that plugging your Tesla in at home will have an impact on your energy bill. On average, a Tesla owner can expect this utility bill to increase by around $50 each month. The amount that you drive and where you live will, of course, impact these rates.

Though the utility bill will be higher, you will be paying a LOT less overall to fuel your vehicle than you would with a gasoline-powered car or truck.

You should also keep in mind that supercharging stations will cost more out of pocket to charge your battery than it will to plug in at home. These stations are much faster but can cost three or four times as much at a minimum to use. 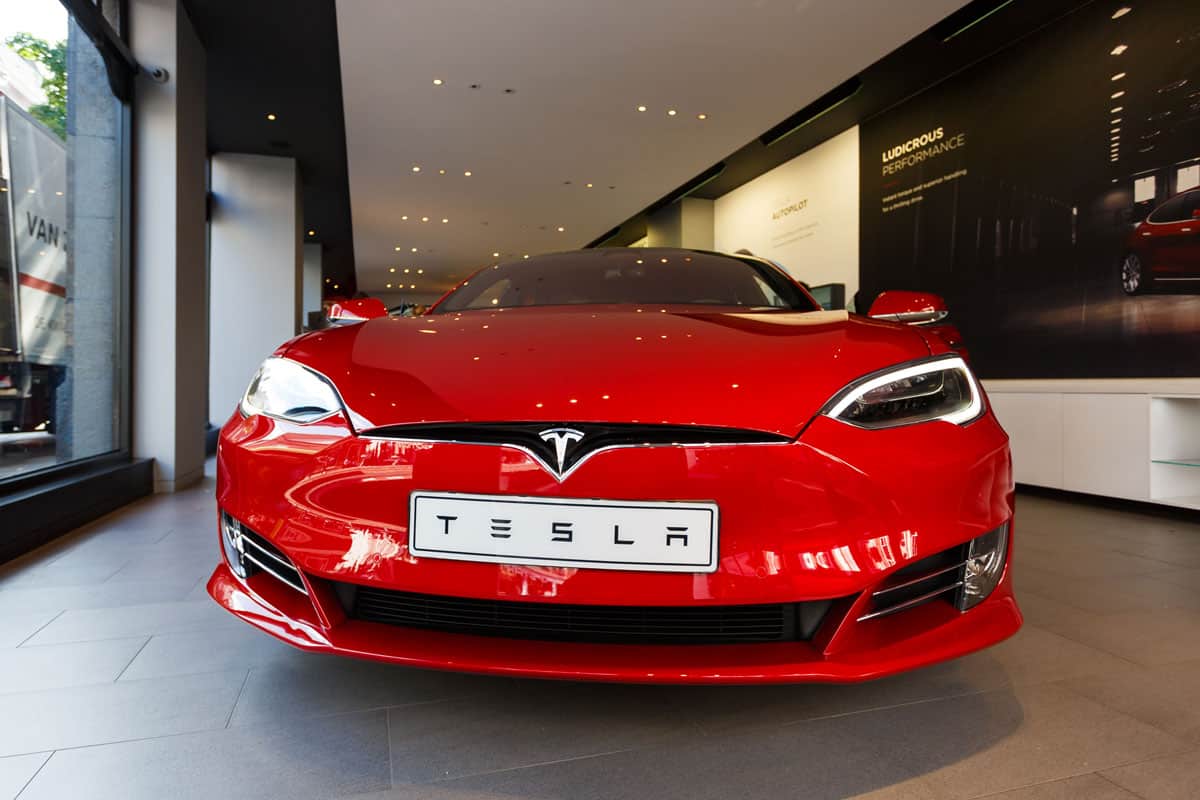 The Tesla has been designed to give it excellent traction control if the roads become slick. While not considered a "snow mode," the automated traction control pretty much functions in the way that this feature would on another model.

Cold temperatures will undoubtedly impact a Tesla's driving and battery life, so plan your routes and your charging schedule accordingly. Drive safe!

We hope this post on the Tesla answered all of your questions. For additional information, we suggest reading the following posts:

Tesla Model 3: Electrical System Backup Power Is Unavailable – What To Do?

How Long Does It Take To Charge A Tesla At A Public Charging Station?

Tesla Model 3 Subwoofer Not Working – Why And What To Do?