If you're checking out the Buick Encore, you've already realized it comes with lots of great features. Depending on the trim option and year, you can find Encores with a variety of impressive safety and comfort features. It might not have the same luxury as the Buick Enclave, but for a subcompact SUV, it certainly has plenty of advantages. But does the Buick Encore have a sunroof?

The Buick Encore does come with an available sunroof depending on the trim and model year. In more current model years, it's redesigned and described as a moonroof by Buick, instead. Specifically:

Read more to learn about the differences. We'll cover the options for sunroofs from 2013-2016 and compare them to the options with moonroofs in 2017 and later. Not sure what the difference is between the moonroof and sunroof? We'll cover that too. Plus, we'll explain what the Buick Encore Essence comes with and what the Experience Buick package entails. Finally, we'll cover what makes the GX different than the Encore. 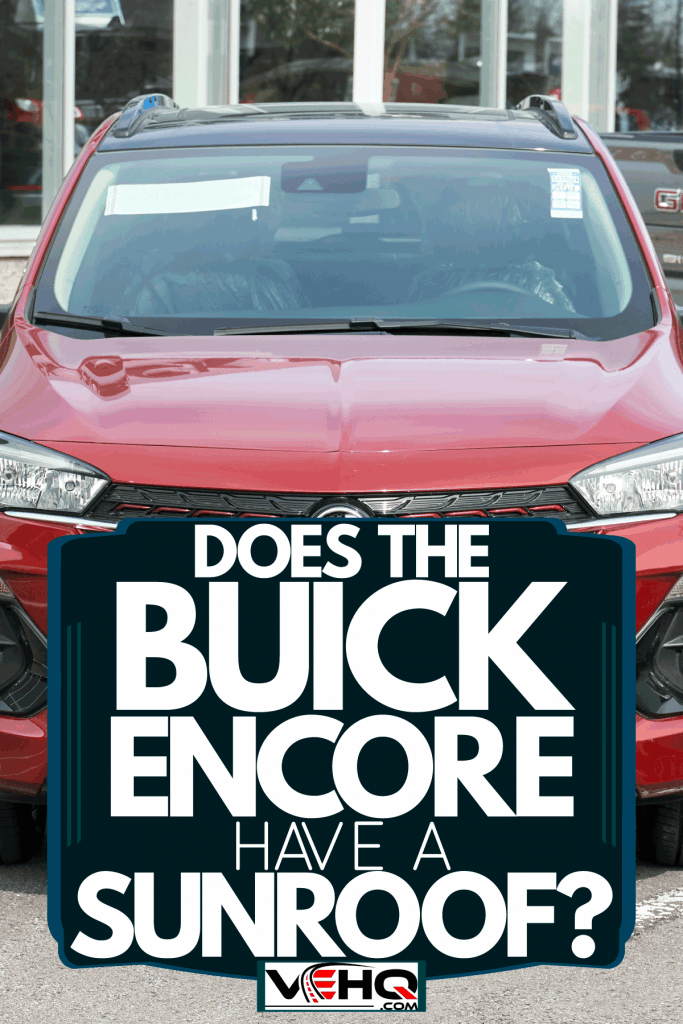 From 2013 to 2016, the Buick Encore featured an available power sunroof. In 2013, the first year of production, the Encore came in 4 trim options. The base model did not feature a sunroof option, but the other 3 trims  — Convenience, Leather, and Premium — did.

In 2017, Buick gave the Encore a bit of a facelift. This included switching from the sunroof to a moonroof. However, it was still an available option for most trim levels, as in the past.

In 2018, Buick shook up their options with several new trims for the Encore. In this year, buyers could pick between 6 different trims which include 1SV, Preferred, Sport Touring, Preferred II, Essence, and Premium. Once again, the moonroof was available for most trims, just not the basic model.

Buick went back to a simpler system in 2019 and 2020, keeping options to the 1SV, Preferred, Sport Touring, and Essence. The moonroof is available on the 3 last trims and not the base 1SV, as always.

By 2021, however, Buick Encore came in only 2 trim options. There was the 1SV base without a moonroof. The other was the Preferred trim with an available moonroof.

What Is The Difference Between A Moonroof and Sunroof?

If you're looking for a car with a sunroof, you might have noticed that they seem to be harder to find lately. Lots of cars feature a moonroof, but what exactly is the difference?
A sunroof is not very common on modern cars, which is why you might be less likely to locate one in a new model. Many people use the words sunroof and moonroof interchangeably, but there is technically a difference. And most current cars have moonroofs, not sunroofs.
A sunroof allows light and/or air into the car, with a panel on the roof that slides back or is completely removable. A moonroof, on the other hand, is not designed to be removed and the window itself doesn't actually open. A panel or cover of some kind slides or is tilted out of the way, leaving the glass window free to let light in.
Since the moonroof never really opens fully, there's no worry about rain or other elements getting in. The panel typically is designed to blend in with the rest of the car's interior. As a result, when it's closed, it's relatively discreet.

What Is The Top-Of-The-Line Buick Encore?

The 2021 Buick Encore lineup culminates with the luxurious Essence as the highest trim option. It builds off the lower Buick Encore trims — 1SV, Preferred, and Sport Touring.
This means that the Essence comes available with a rear vision camera, Buick Infotainment System, 4G LTE Wi-Fi hotspot, a rear sport spoiler, heated driver and front passenger's seats, and more. It also offers a heated steering wheel and a power moonroof.

What Is The Experience Buick Package?

Upgrading the Essence, which is already the top-line Encore trim, to include the Experience Buick Package primarily just updates the moonroof. With this option, you'll get a panoramic, tilt-sliding power moonroof. It also comes with 18" high gloss wheels with chrome inserts.

The Buick Encore GX might sound like it's an upgrade to the Encore. But these are actually two completely different cars. They operate on different platforms, they have different power trains, and aside from their (more or less) similar names, they have very little in common.

The GX is 3 inches longer than the Encore, and as a result, offers a bit more legroom. Similarly, the cargo space in the GX is a bit more — 23.5 cubic feet versus the Encore's 18.8 cubic feet.

The GX also offers a bit more in fuel economy. It averages 30 mpg city/32 mpg highway/31 combined, compared to the Encore's 25/30/27 mpg. The Encore is also a bit more affordable but offers fewer safety features than the GX.

You can read more about the Encore versus the GX here: How Big Is A Buick Encore?

Does Buick Encore GX Have A Sunroof?

The Buick Encore GX has an available panoramic moonroof. This is wider than a standard moonroof, letting light into the front and rear seats. It opens with the touch of a button to brighten up the cabin.

What Comes Standard On The Buick Encore GX?

The Buick Encore GX offers some advanced safety features compared to the Encore. These include:
But it doesn't skimp on the comfort, either. The GX offers: 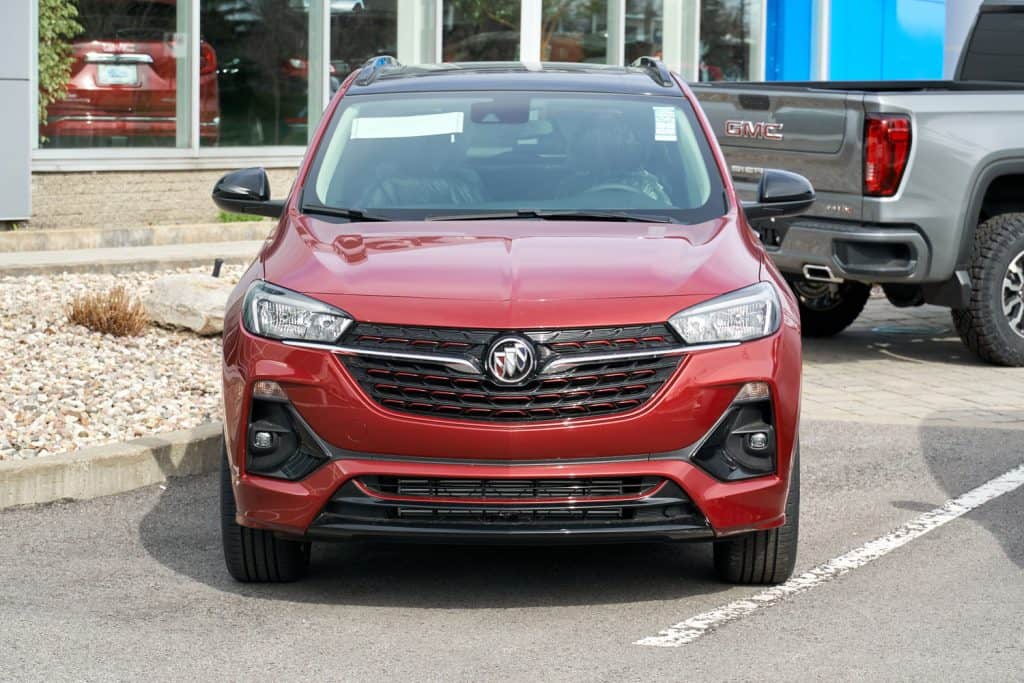 While not every Buick Encore comes with a sunroof or moonroof, they are a common and popular available feature. Most Encore trim options, aside from the base model, offer an available sunroof for model years 2013-2016. For 2017 and later models, the sunroof is redesigned as a moonroof instead.

The Buick Encore GX is not a trim option for the Encore — instead, it's a completely different car model that has little in common with the Buick Encore besides the name. The Buick Encore GX also comes with its own point of interest: a panoramic moonroof. No matter which Encore you pick, there's no shortage of possible upgrades and unique design features.