Your engine turned off while you are driving can be a scary situation. It can be a dangerous moment leaving you at risk of being in an accident. So what could cause an engine to stop while driving? We have researched on your behalf to help answer this question.

There are several reasons as to why your engine has stopped while driving. Here is a list of the potential culprits:

As you can see, there are several reasons as to why your engine stopped while driving. That's why we are going to explain each one in detail in this article. In addition, we will discuss the signs of an engine failing and what to do in the situation, so keep reading! 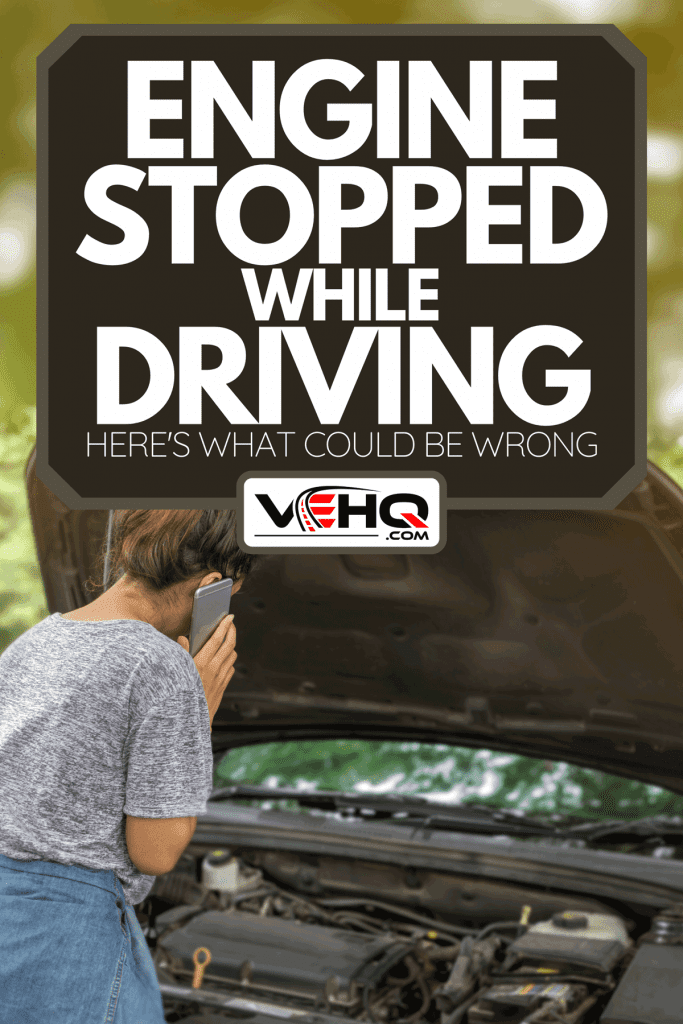 Why Your Engine Stopped While Driving

If you are driving down the road, the last thing you are expecting is for your engine to stop running.

However, these things do happen, and the reasons as to why can vary, so let's take a look at a few potential causes and what you can do about it. 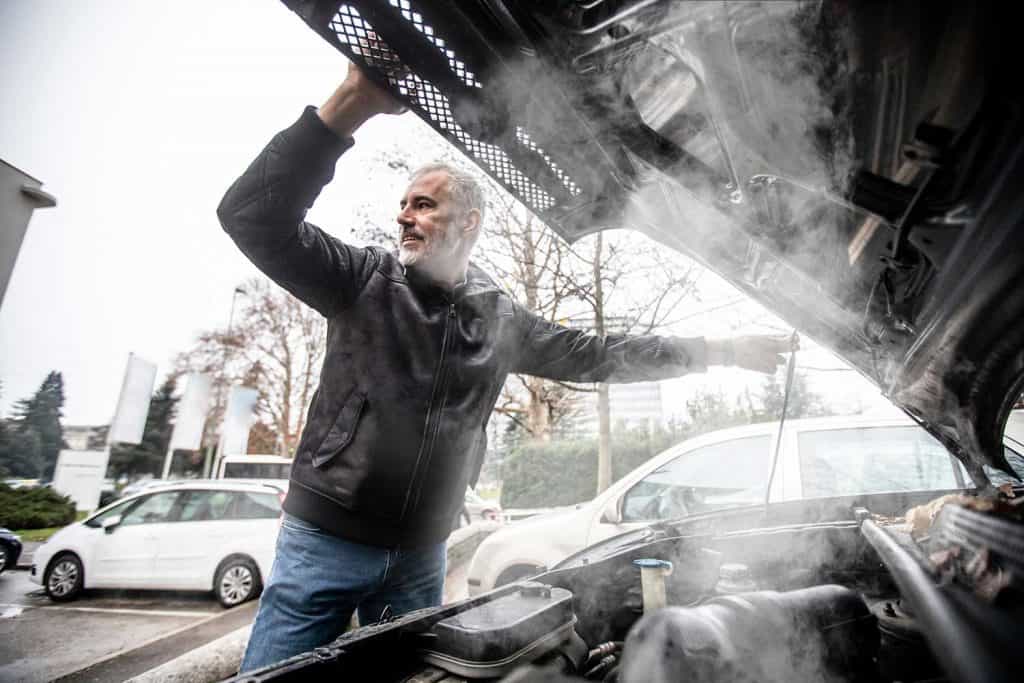 Running Out of Gas

One of the most common reasons an engine may fail is simply running out of gas. If you are driving on empty, then your engine will shut off.

This can be a dangerous situation because it could lead to an accident or other problems if this happens while driving. If you think you will run out of gas, stop at a gas station and fill up your tank.

The crankshaft position sensor is the component that tells the car's engine when to fire up. If it malfunctions, then there may be no spark for your vehicle's ignition system.

This could result in an engine stop while driving. However, this problem will usually affect the starting of the engine only. Sensors are very delicate. Because of this, they can often malfunction or stop working altogether.

When sensors fail, your car's computer doesn't get the necessary readings it needs to operate correctly. If any of these sensors are failing, then it can cause the engine to stop while driving.

The ECU (engine control unit) is like the engine's central processing unit. It controls and coordinates all of your vehicle's systems, and if it fails, it will cause the engine to stop.

For example, the ECU can fail due to short-circuiting or breaking. If this happens while you are driving, then your car may stop running suddenly.

To prevent this from happening, make sure you have a battery charger with you at all times. Then, if the ECU suddenly stops working, you will be able to use the battery charger and keep driving until it is fixed or replaced.

If your vehicle's alternator is failing, it can cause the battery to drain. Once this happens, your engine will die because it won't be getting any electricity.

So if you notice that your headlights are dimming or flickering off and on while you drive, make sure to have an expert take a look at your alternator as soon as possible.

You will also notice that components such as the heat or air conditioning will turn off. Then if the radio is on it will turn off also.

If you start seeing these components shutting off, then pull over to the side of the road because, more than likely, your battery is draining from a faulty alternator.

The ignition switch is one of the essential parts of the vehicle's electrical system. If this part fails, it can cause your engine to die.

The best way to prevent this type of failure is to regularly check your vehicle for signs that the ignition switch may fail. If you notice any problems, make sure to schedule an appointment with your local mechanic for them to take a look at it.

The fuel pump is designed to send fuel from the gas tank into the engine. Without it, you won't be able to get any fuel into your engine.

If the fuel filter becomes clogged, it can prevent fuel from reaching the engine. the engine will more than likely still start but if driven for too long the engine could stall or potentially stop altogether.

The longer you drive with this problem, the more damage you can do to your engine. To avoid this type of failure, make sure you change out your fuel filter regularly.

If your gas lines are leaking, you will not be able to get fuel into your engine. This can cause the engine to sputter and die. To avoid this type of problem, make sure all of your gas lines (including your fuel pump) are in good condition and aren't leaking.

One of the most common reasons an engine overheats or stops running is a hole or crack in the radiator.

If this happens while driving, it will cause your car's engine to stop running. To prevent this type of failure from happening, make sure you get any holes or cracks in the radiator fixed as soon as possible.

What happens if your engine stops while driving?

If your engine stops while you're driving, it can be very dangerous. If you are traveling at high speeds when this happens, there is a good chance that a vehicle traveling behind you could run into you.

When your engine is stopping, you will notice that the power steering. When this happens, the vehicle will be tough to steer.

In addition, many other symptoms can indicate problems with your engine.

If your car is misfiring, then it could lead to the engine stopping while driving. Another symptom could be if you hear loud clunking sounds when shifting gears or turning corners.

If you are experiencing any of these symptoms while driving, it is essential to pull over immediately and find a safe location to stop (make sure that you have your flashers on so that other drivers can see you). 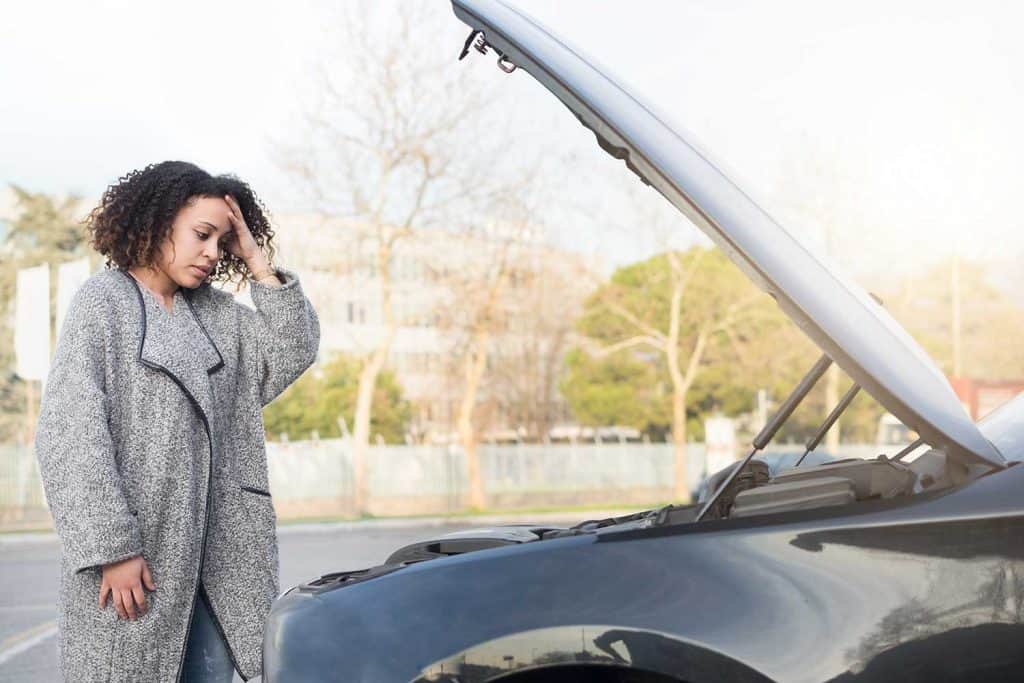 What are the signs of engine failure?

Various signs can indicate engine failure. For example, if your check engine light is on, this could mean a problem with the ignition system or some other major component.

Another sign that may indicate an engine-related issue is rough idling, lack of power when accelerating, or the engine "chugging." Also, if your engine temperature gauge is high, your engine could be overheating, which could cause it to fail. 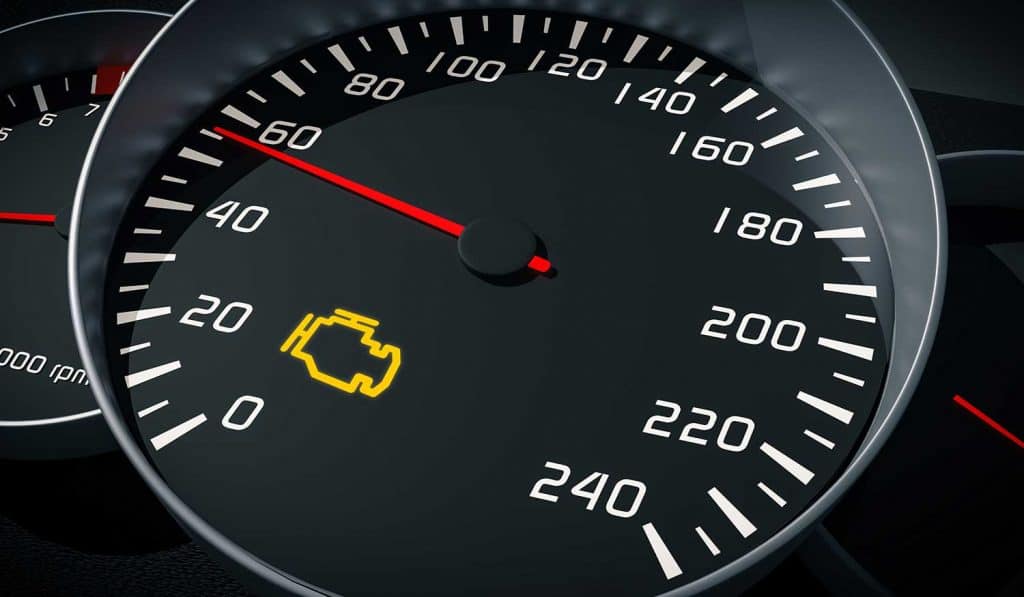 Is it worth replacing an engine?

The answer to this question varies per situation. Engine replacements are cheap and can range from $2500 to $5000 or more.

However, unlike buying a car, you usually can't finance this type of replacement, so the repair will have to come out of pocket. Plus, you will be out of a vehicle while you are waiting for it to be fixed.

Alternators can fail suddenly or gradually. If it fails suddenly, that may mean there is an electrical short somewhere in the vehicle (e.g., power steering pump). This type of failure can be fixed by replacing parts such as ignition coils and spark plugs.

Without the alternator, the battery itself won't stay charged which means your vehicle isn't going anywhere.

On the other hand, if your alternator fails gradually, this means you will need to change the entire alternator. Typically, an alternator repair can cost anywhere between $500-$1000 depending on parts and labor.

Will a car still run if the alternator is bad?

In other words, without the alternator, the battery will slowly drain as all batteries do when being used after an extended period of time. Think of the alternator as a continuous battery charger in your car.

When the alternator fails, the battery will slowly drain as you drive for some time. Eventually, components will start turning off, such as headlights, radio, dash lights, heater, or air conditioning.

If you notice these components start turning off when your battery is going to be the next thing that dies. In addition, as mentioned earlier, you will lose your power steering and potentially your brakes which can put you in a dangerous situation.

After you pull over, if you happen to have a battery charger on you, you can try charging the battery. However, once you get back on the road again, it's not going to be very long before you are back in the same position.

Your best bet is to call a tow truck and have the vehicle taken to a mechanic shop because you are out of luck without a functioning alternator.

Overall, pull over to a safe area if you drive down the road and your vehicle is acting up. The signs can vary, but if components start to turn off while driving, the engine starts chugging, or has a lack of acceleration, then those are signs your engine is failing.

Please don't risk it and pull over to avoid being in an accident.

If you like this article, you should also check out:

How Much Does A Car Engine Cost To Replace?

Car Won't Start When It's Hot – What Could Be Wrong?