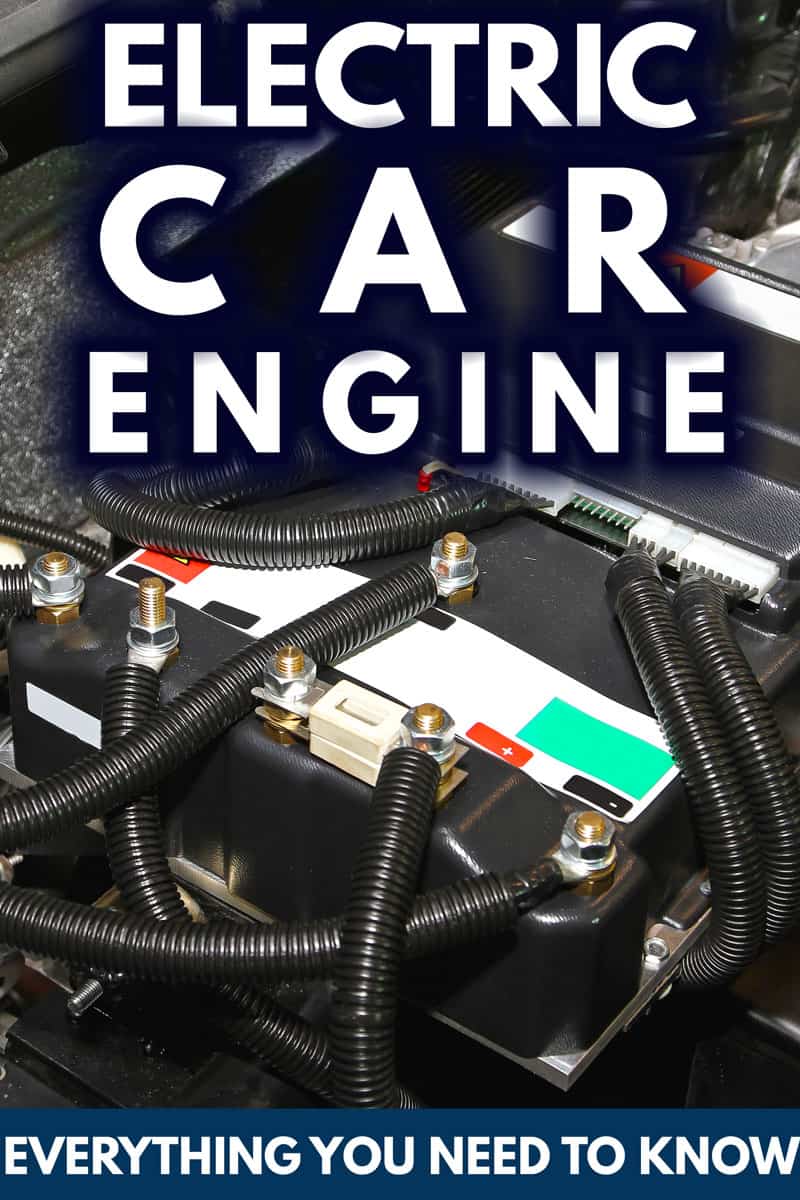 Thinking of making the move into electric? Maybe you've heard the rumor that these vehicles don't have an engine - which would make one wonder, how can they even move on the road? We did the research to bring you a clear and easy-to-follow answer!

All types of electric cars are gaining popularity. When reading about EVs, you’ll encounter a lot more hype about batteries than motors. And, internal combustion engines get more coverage in the list of gas-powered car features than an electric motor. EV’s are designed to be efficient. The motors and engines in electric cars have key roles in vehicle performance. Keep reading as we go in-depth with details on motors for all the EVs.

What Kind of Engines Do Electric Cars Have? 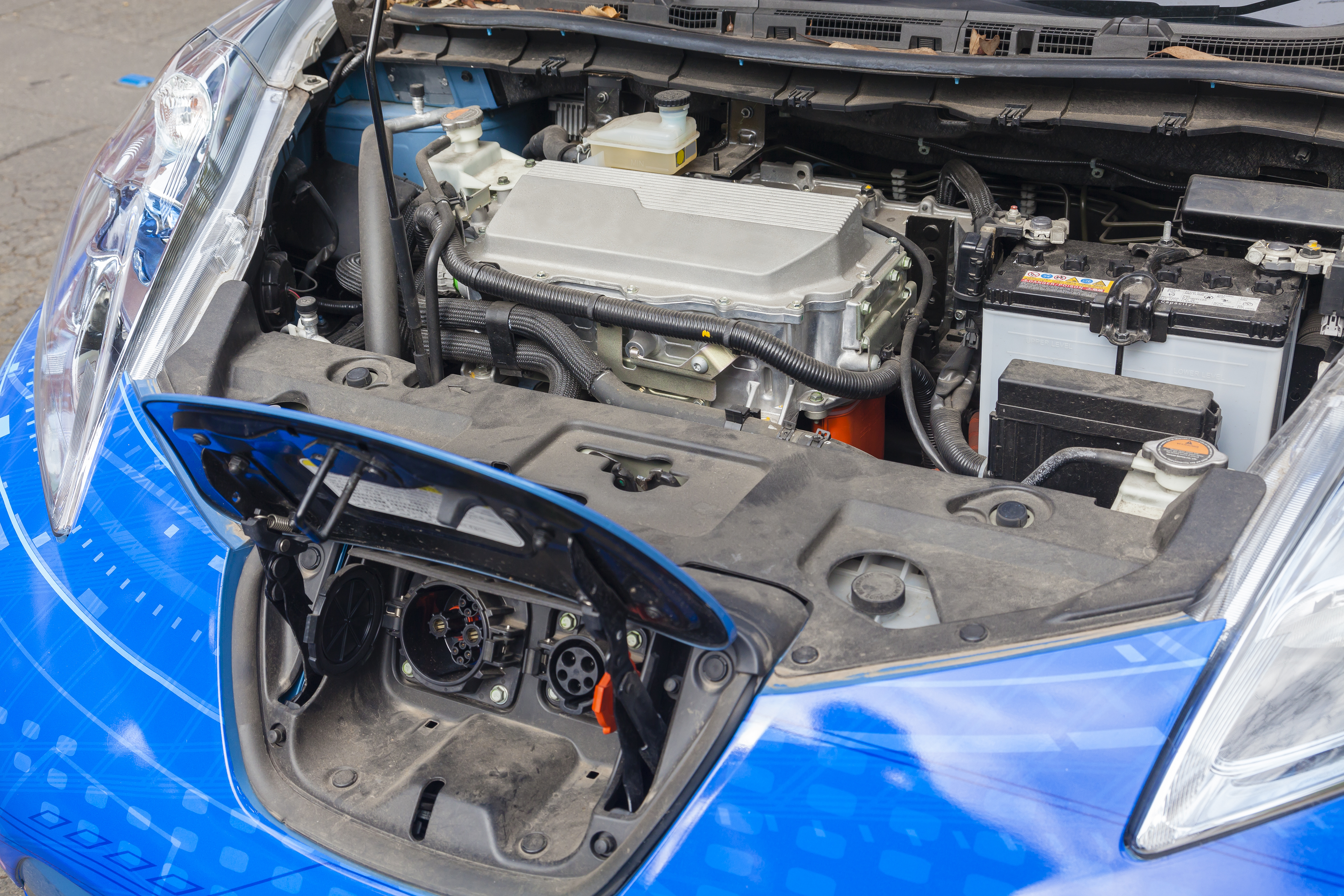 There are three types of electric cars, also known as electric vehicles (EVs):

Each type of car has a different way of using electricity as a power source. You can read more about these here: The three types of electric vehicles.

In general, electric cars have three main parts: a rotor, a stator, and a commutator. Engine designs vary widely across EVs. And the terms “engine” and “motor” are a bit confusing. Let’s start this post by answering this question: What kind of engines do electric cars have?

Vehicles that run on all-electric power have electric motors, either a DC motor or an AC motor.

DC motors are broken down into two basic categories:

AC motors are broken down into two categories:

AC motors are more commonly used by EV car manufacturers. Some manufacturers like Tesla, Chevy and Nissan use both in their all-electric cars. 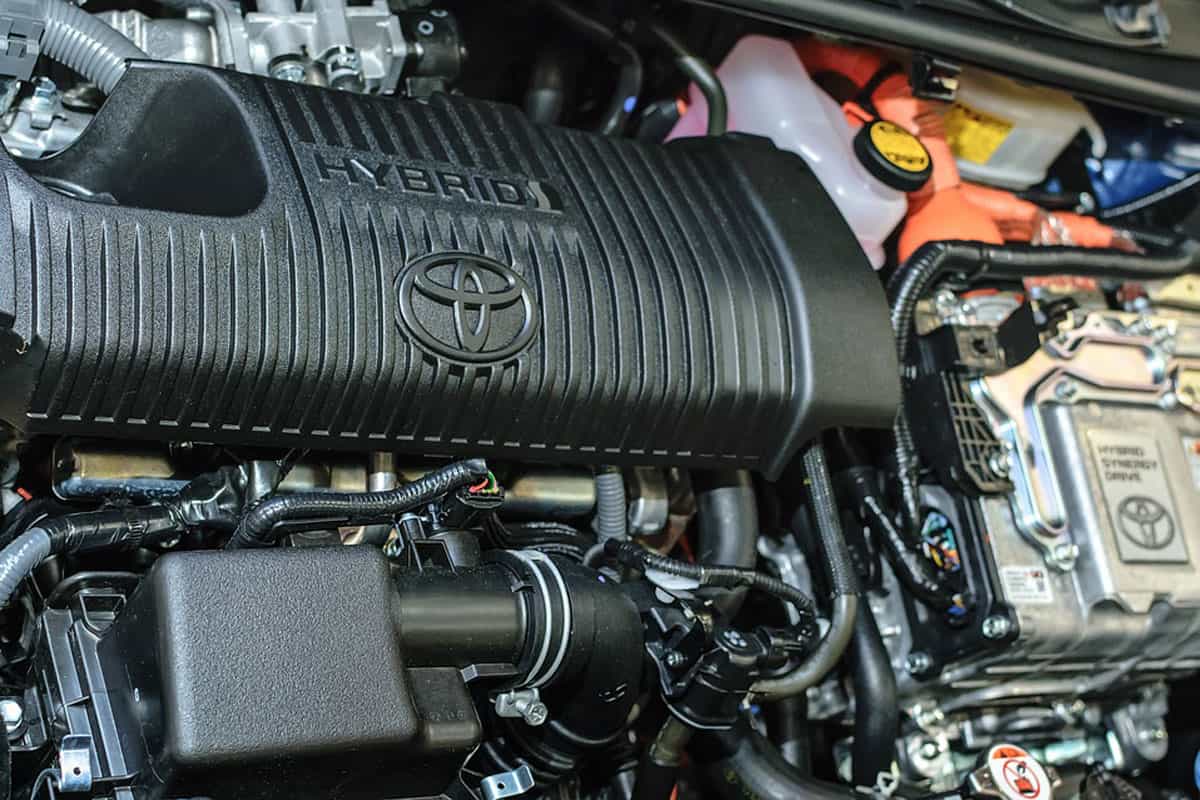 Hybrids have internal combustion engines that require fuel like gas. The gas engines in hybrids vary by size based on the weight, price, and performance of the car. Examples of engines used in hybrids include:

Electric cars are heavier than gas-powered cars. Most of the added weight is from the battery pack. Electric motors weigh less than internal combustion engines. And, electric motors don’t have the extra weight of the hundreds of required components that gas engines need to function. Electric cars and their motors are engineered to be efficient. Contributing to efficiency is the power-to-weight ratio—measuring the performance of a power source, the electric motor, based on the weight of the motor.

For example, Tesla’s Model S, an all-electric car, has a motor that weighs about 70 pounds and generates 362 horsepower. The weight of an engine in a similar gas-powered car starts at 450 pounds and produces less than 250 horsepower.

High-performance cars generally have a lot of power relative to their curb weight—the weight of the vehicle with passengers or cargo. When it comes to the electric motor, it’s a clear winner from a power to weight ratio perspective. But the overall curb weight of the electric car is more than a non-electric car. The power to weight ratio from this perspective would be similar in both types of cars.

Even though EVs weigh more than non-EVs, electric cars are high-performance vehicles. When you crank your engine, you get torque and power. Torque is the force that drives a car forward. More torque from an engine or motor means a better performing car. EV’s generate more torque than cars with gas engines.

Electric cars don’t have a transmission like gas cars. The power from electric motors goes straight to the wheels and results in quick acceleration. Instant speed is achieved as there is no loss of energy by powering a transmission. Some EVs can go from zero to 60mph in a matter of seconds. Hybrids don't have the same performance but they use the electric motor to get the car started because it's more efficient.

Do Electric Cars Use Gas? 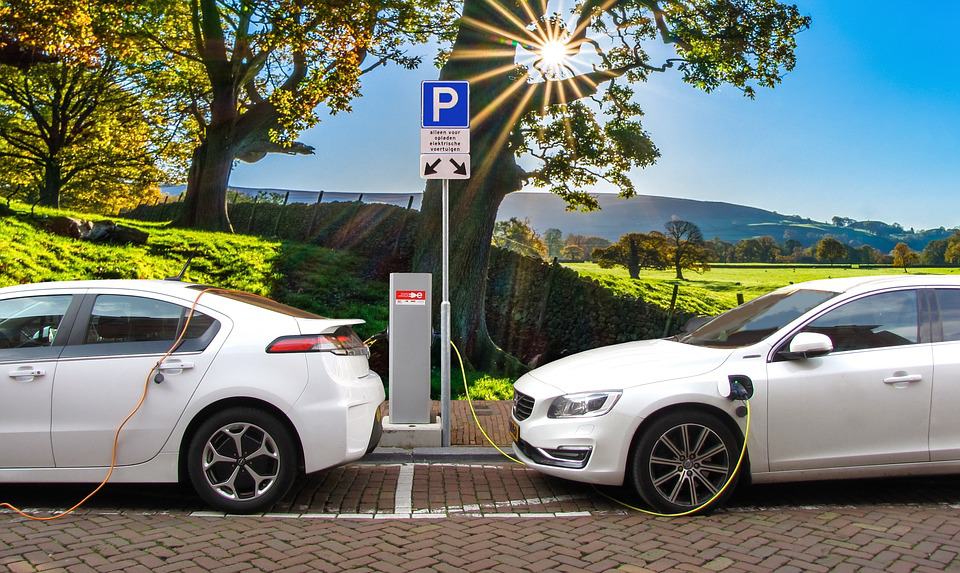 Two of the three types of electric cars require gas. Plugin hybrids and hybrids have internal combustion engines as well as electric motors. The engines require gas to run.

PHEVs and HEVs start with their electric motors and can run a few miles without the gas engine kicking in. For example, the HEV can drive about two miles while the PHEV can drive up to 40 miles before the car switches to the gas engine. When in electric mode, these EVs will not use gas. Both cars can regenerate energy through braking and stopping. The PHEV can be plugged into a charging source to recharge the battery.

Plugins and hybrids use gas but are more fuel-efficient than cars that are powered by gas only.

How Much Do Electric Car Motors Cost?

As engineering of electric cars evolves, lower-cost motors are being developed. In our research, we came across some estimated costs for electric motors from Investor’s Business Daily.

Do Electric Cars Use AC Or DC Motors?

Electric cars use both AC and DC motors. AC motors are more commonly used in electric cars but there are manufacturers that use both.

A few examples of motors used in electric cars include:

What Happens If My Electric Car Runs Out Of Power?

All types of cars will come to a stop without a power source. Electric cars need a charged battery to run. When your electric car runs out of power, what happens next depends on the type of EV you are driving.

We break it down by EV type below:

These all-battery cars have warning systems to alert drivers when the battery is running low. And most electric cars have a navigation system that will direct you to the nearest charging station. If the battery hits a zero percent charge, your car will stop. It might coast to a stop. Or, it might just shudder and stop abruptly. At this point, you will need to have your car towed, preferably on a flat-bed truck, to the nearest charging station. EV car manufacturers recommend keeping at least a 20 percent charge. Fully depleting the charge can damage the battery.

Plugins run on an electric motor powered by a battery pack. They also have an internal combustion engine that requires fuel such as gasoline. If you run out of gas and battery power your PHEV will stop. Before your car quits, there will be numerous warnings. And, keep in mind that even if you fuel up with gas, the battery will need a charge to start the electric motor.

A perk of plugins is that when the battery level is low, the gas engine will kick in. And, as you drive, the battery will recover energy and recharge through regenerative braking. It is possible to drive in electric-only mode or gas-only mode for a short time. The tank needs gas and the battery pack needs a charge to keep your plugin running at optimum health.

Hybrids are like plugins and all-electric cars in that there a battery pack that is recharged through regenerative braking. Hybrids also have internal combustion engines. Unlike BEVs and PHEVs, a standard hybrid cannot be plugged in to charge.

Hybrids will switch to engine mode when the battery hits a pre-programmed recharging threshold. If you run out of gas and kill the battery, the car will stop. A hybrid can drive in electric mode for a while but as the battery wears down the car will slow down. And that dead battery stays dead even if you gas up the fuel tank. You will need battery power to crank the electric motor and gas engine.

Hybrids are designed to use the gas engine and electric motor in harmony. It’s best to keep some fuel in the tank and not run down the battery.

Motors and Engines Get The Job Done

There was a time when a person bought an electric motor conversion kit and ripped out the gas engine in their car to build an electric car. These days electric cars are gaining popularity and have found their way into the mainstream. Manufacturers are designing cars to meet just about any budget and lifestyle. EVs are super-efficient and can greatly reduce emissions.

Depending on the type of electric car you choose, there will be at least one electric motor to operate your EV. Choosing an all-electric car like a Tesla, the Nissan Leaf or Chevy Bolt means that you will have an electric motor that runs the car. BEVs don't have engines. And, you don’t have to deal with the maintenance that goes along with a gas engine.

Electric motors are a bit more complicated, but they get the job done. And, these motors don’t get the fanfare that electric car batteries get or that gas engines get. You might not know what kind of motor your electric car has but know that it won’t run without it.