If your F150 fails to start after fueling, you may be wondering about the cause of the problem and how to fix it. Fortunately, we have done some research for you, and here is what we found.

Here are things you can do to deal with the issue:

This problem can be easy or difficult to fix, depending on the cause. Keep reading to get detailed information on how to tackle F150 that fails to start after fueling. 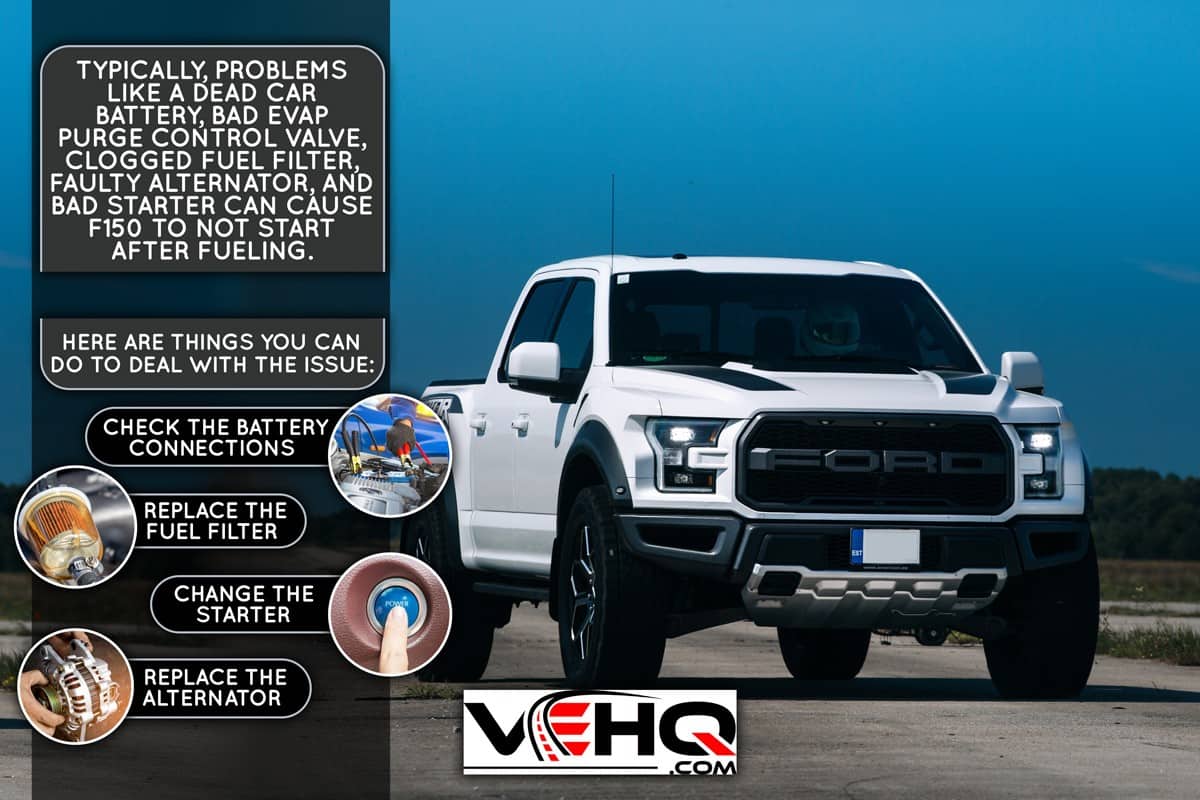 Why Does My F150 Fail To Start After Fueling? 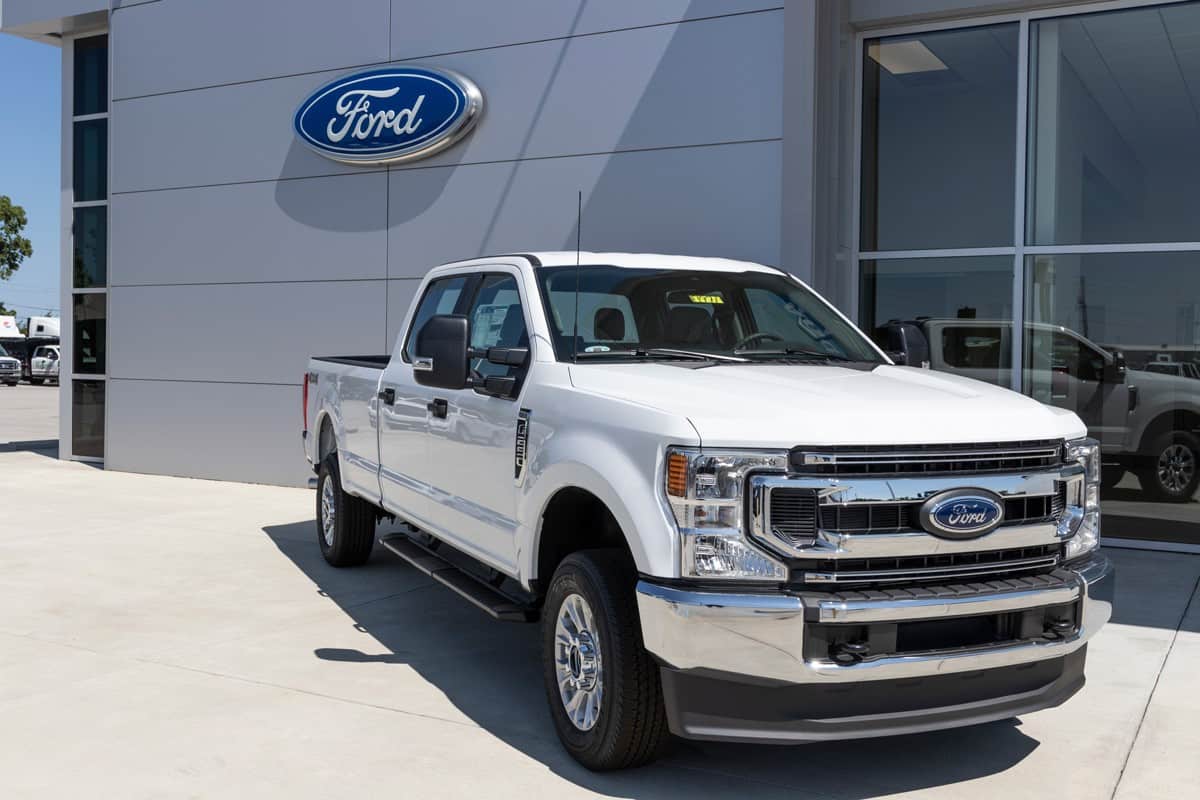 Here are possible reasons why your F150 won't start after fuel:

In general, the EVAP control valve is usually to blame for this issue. Upon activation by the PCM (engine computer), it permits gasoline vapor tanks to return to the engine.

As soon as the key is removed, it should shut. Due to the ethanol fuels, they may get stuck open.

Additionally, as you fill-up the fuel tank, the incoming fuel pushes the fuel vapors out of the tank into the engine and floods it. This causes the issue you are experiencing.

Your F150 will not get the necessary starting power if the battery dies or the connections are loose. Most automotive batteries have three to five years, and there are symptoms that they are beginning to fail.

With the help of a fuel filter, contaminants are prevented from entering the engine. The gasoline is cleared of dirt and junk. These impurities accumulate in the filter over time and eventually clog it.

The engine will not be able to get the fuel it needs if the filter is completely blocked, and this will make the engine not start.

You will not be able to start the engine f your F150 if the starter malfunctions. The starter motor starts the engine when you turn the key in the ignition.

If this is the issue, turning the key can also cause you to hear a clicking noise.

There are instances where you might change the automobile battery only but still experience the issue. It might be an issue with the alternator. While the engine is running, the alternator charges the battery.

The battery will quickly run out of power if it is not working.

What To Do If Your F150 Won't Start After Fueling 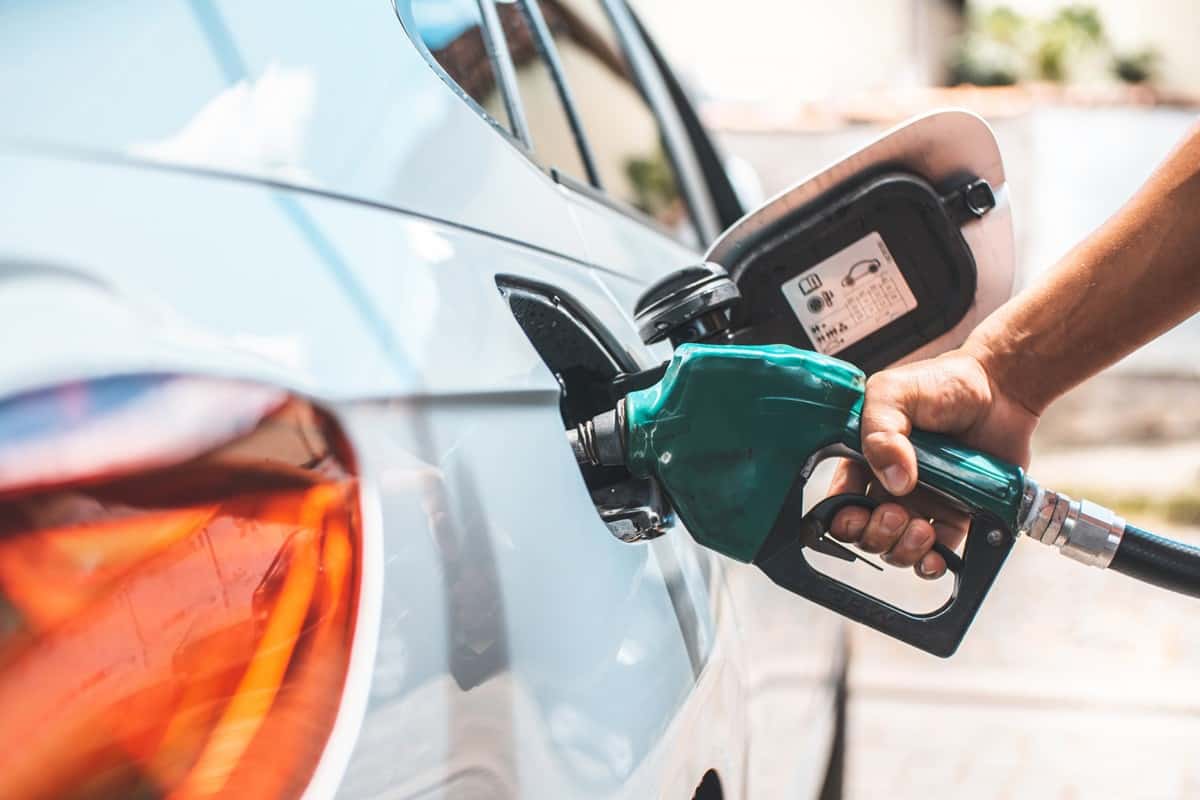 If your F150 refuses to start after fueling, there are some actions you can take to get it back on the road. Here are some methods to fix the problem at hand:

Ensure you check the battery connections to ensure it is tight, and then try restarting.

You can also replace the batteries of your F150 if the lights seem dim or if you are experiencing difficulties using the accessories.

To ensure the connection is sturdy, regularly inspect it for corrosion and wipe it off with a baking soda solution.

Fuel filters are very important in ensuring that your automobile is functional. When faced with the challenge of your F150 not starting after fueling, you should check and replace your fuel filter if clogged.

Replacing your starter can help solve the problem. You can do other things to get your engine working when the starter is bad. Try hitting it so it can get past its non-functional state.

You can also make some effort to bump start the engine.

The alternator of your F150 plays a vital role as it charges your batteries to ensure that your vehicle starts; when you have this issue, consider changing the alternator.

How Do I Know If My Fuel Filter Is Clogged? 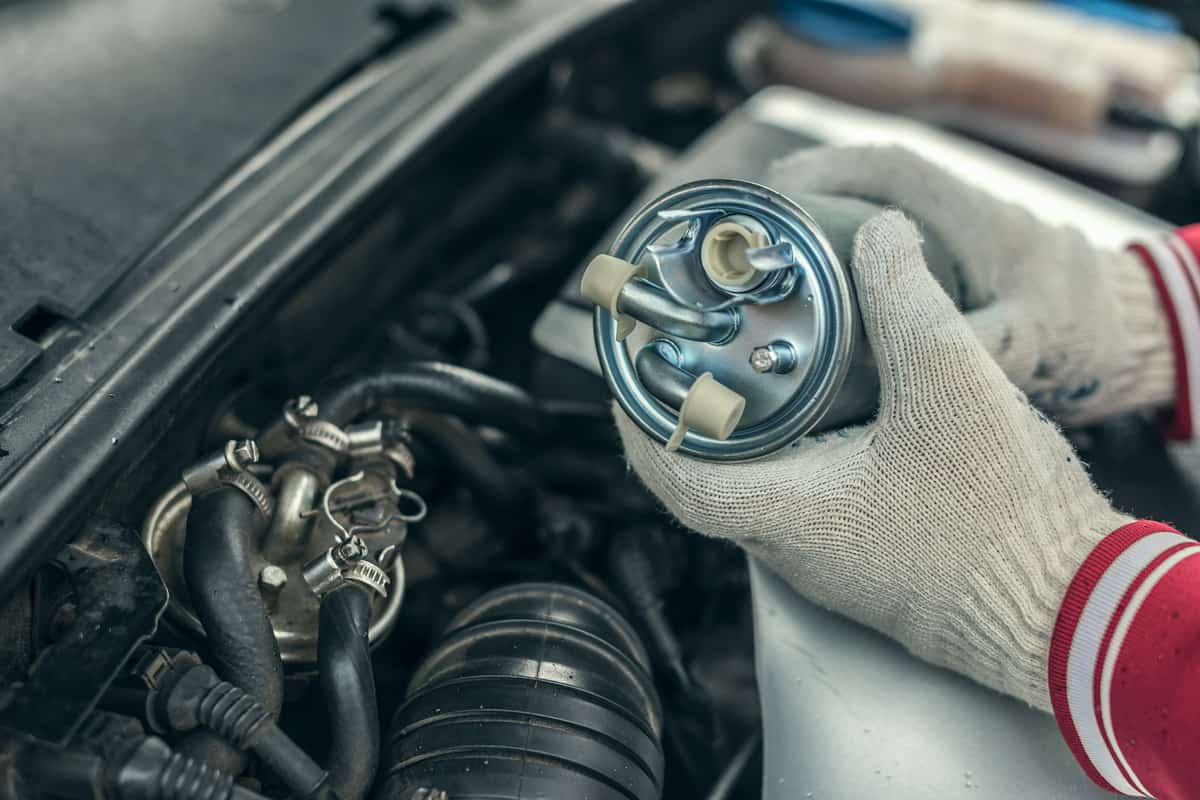 The fuel filter is a crucial component of your vehicle's fuel delivery system. You should routinely change your fuel filter.

It is also essential to understand all the symptoms of a failing or clogged fuel filter since problems with the fuel filter might arise earlier than expected.

Here are some of the signs that your fuel filter is clogged:

You may experience trouble starting your F150 if your filter is clogged. To start an engine, a lot of fuel is needed. If you have a clogged filter, your engine may not receive enough fuel.

Low fuel pressure, which frequently results in misfiring and other issues, can be caused by fuel entering the engine only sporadically.

When accelerating your F150 and when it is at rest, you can feel engine misfires as brief jerks.

It is time to check when you changed your filter if you hear many misfires while accelerating your automobile.

F150 has sensors on every square inch of the engine, communicating any problems to the vehicle's computer. The "Check Engine" light on the dashboard is then turned on by the computer, prompting you to have the car inspected.

Bad gas will not burn as regular gas. So, bad gas can cause your F150 not to start. A sticky residue may be left on the engine components when the petrol in your car's tank is not burned correctly.

Your engine may misfire and fail to start as a result of this residue. Take your vehicle to a mechanic to get the gas tested if you suspect that you may have bad gas.

If the issue is brought about by bad gas, the mechanic can identify it and remove the residue to get your F150 running again.

Why Does My F150 Sputter After I Get Gas? 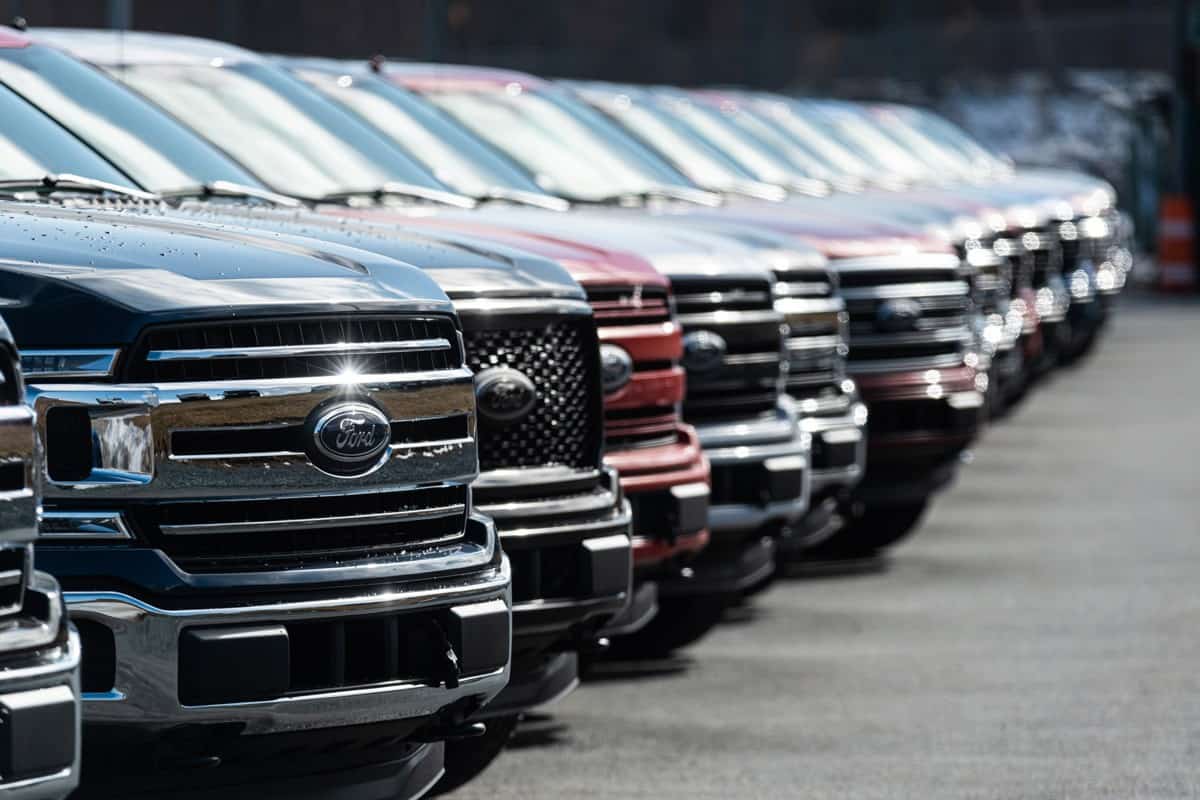 A sputtering engine may be a sign of various issues. Sputtering in Ford F150 results from a malfunctioning catalytic converter, MAF sensor, ignition system, or fuel system.

The ignition system doesn't require spark plugs. To time the spark properly depends on information from the crank and cam sensors. Strong coils or coil packs are needed.

Over time, spark plugs might develop problems on their own. Even so, a modern car should be able to go close to 100,000 miles before the plugs exhibit significant wear.

The F150's fuel pump, located in the gas tank, is a crucial component in the fuel system. It delivers fuel to the injectors via the fuel filter and fuel lines.

Fuel atomization at the injectors requires a sufficient amount of pressure. However, the engine will sputter without pressure because it won't have enough gasoline.

F150's engine will also sputter because of a damaged catalytic converter. Pollutants are removed from the exhaust through cleaning. A car will get choked when the converter fails.

As air enters the engine, the mass airflow or MAF sensor measures the volume and temperature of the air. It's one of the F150's most crucial sensors. It can become dirty, just like the air filter.

Your engine will sputter if it becomes dirty because it cannot correctly read the engine's air.

Can Priming Make An F150 Start?

Yes, priming can make your F150 start. Air frequently enters the gasoline line when F150 runs out of gas entirely. This makes it difficult for the car to start, necessitating the need to "prime" the fuel system to get rid of the air.

To prime a gasoline system, try turning the key to the "On" position and back to the "Off" position.

Once the gas runs out, priming the fuel pump will help get rid of any air that might have gotten into the fuel lines. The fuel pump should be under the car's hood, between the fuel tank and the first fuel filter.

Remove the hose connecting the carburetor and fuel pump. You should unfasten a hose fastener before you can access the rubber lines. You can use a wrench to disconnect the connection from the carburetor.

If there is a leak, place some rags on the open end of the gasoline line.

To force the fuel up to the pump, you can still apply a small amount of air pressure to the fuel tank. Give the carburetor a three-second burst of starting fluid. Once the car has been started, it runs for around five seconds before failing.

Keep trying the spray and fail method when you see the fuel starting to wet the rag over the fuel line. The fuel line to the carburetor should then be connected.

If your F150 fails to start after fueling, you must check the battery connections and replace the fuel filter, starter, and alternator. Moreover, you can contact a mechanic if you can't solve the problem yourself.

Car Won't Start When Parked On A Hill - What To Do?