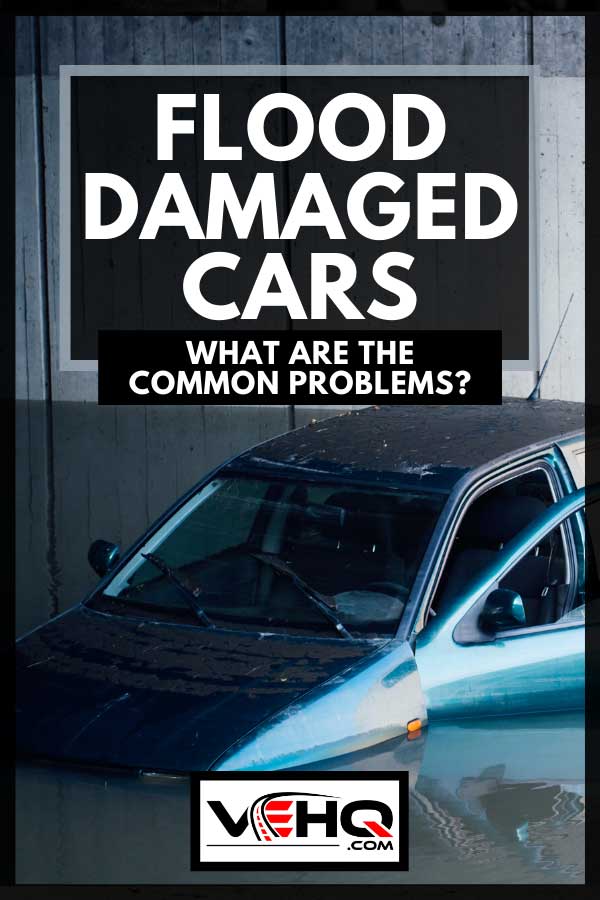 Have you ever wondered whether or not flood water can damage a vehicle? This is a reasonable question – after all, flash floods are common in many places throughout the country. So how exactly does flood water affect vehicles?

Cars can actually be damaged from floodwater. As a matter of fact, flood damage is arguably one of the most catastrophic ways a vehicle can be damaged. Cars that have been in high floodwaters generally have problems with these parts of the vehicle:

Do you still have some questions about how floodwater can affect vehicles? Don’t worry – we created an in-depth guide that will help you better understand this topic. We’ll talk about the different ways to identify a car with floodwater damage, and we’ll give you some practical tips to protect your own car from water damage. Just keep reading for more information.

How Deep Can Cars Safely Go In Water?

How much water a vehicle can safely be in depends entirely on the vehicle. Cars like sedans that are lower to the ground won’t be able to pass through as much water as vehicles that are higher off the ground.

It’s important to point out that there is more at risk driving through deep water than merely your vehicle’s mechanical components. Depending on the vehicle’s weight, the depth of the water, and the strength of any current in the water, the vehicle can potentially be swept away.

As a general rule, try to avoid driving through standing water if at all possible. Standing water often ends up being deeper than it appears, which will only end up being worse for your vehicle.

What Happens If Water Gets Into Your Exhaust?

If water were to enter the exhaust system and get into the engine, it would cause catastrophic damage to the engine very quickly. Several critical engine components would be broken in short order.

1. If the car is completely submerged, the water can potentially enter the engine if there is enough water pressure. But due to the fact that the engine sits higher than the exhaust pipe, this is highly unlikely. If this ever does happen, the whole car will be flooded, and you’ll have bigger problems to deal with than a mere broken engine.

2. Under normal circumstances, it’s not easy for water to get into the exhaust system since exhaust gas is constantly being expelled through the pipe. However, if you’re driving through water deep enough to submerge the pipe, water can be sucked in if there’s a sudden change in exhaust pressure from changing gears or decreasing engine RPM.

Thus, if you find yourself driving through flood water, try to maintain consistent throttle, and the water shouldn’t be able to enter the exhaust system.

What To Do After Driving Through A Flood

If you find that you have no other option but to traverse a flooded area, there are a few things you should do afterward to check for damage and, if there is any, prevent it from getting worse.

Observe the engine’s behavior and sound. If you notice a loss of engine power or any unusual sounds coming from the engine bay, pull over, park, and shut the vehicle off. Then check the oil dipstick for any sign of water droplets. If water droplets are present on the dipstick, it means that water made it inside the engine.

Also, check the air filter. If it’s wet, this means that water entered the engine via the air intake. If either the dipstick or air filter shows signs of water, don’t start the vehicle again. Have it towed to a local mechanic to be inspected further.

Check the floor of the vehicle for signs of moisture. If water made it through any of the seals on the undercarriage, you’ll be able to tell by physically inspecting the carpet. This is important because any moisture on the interior can lead to mold and mildew. For some pointers on how to dry out parts of your vehicle’s interior, check out this guide – How To Dry Wet Car Carpet Or Seats In 5 Easy Steps.

Check the axles for signs of a water line. If the vehicle was submerged up to the axles, it’s highly likely that water seeped inside and entered the differentials. If this happens, we recommend having your differential fluid changed as soon as possible to avoid damage.

Read more: How Many Axles Does A Car Have?

How Do I Protect My Car From Flood Water? 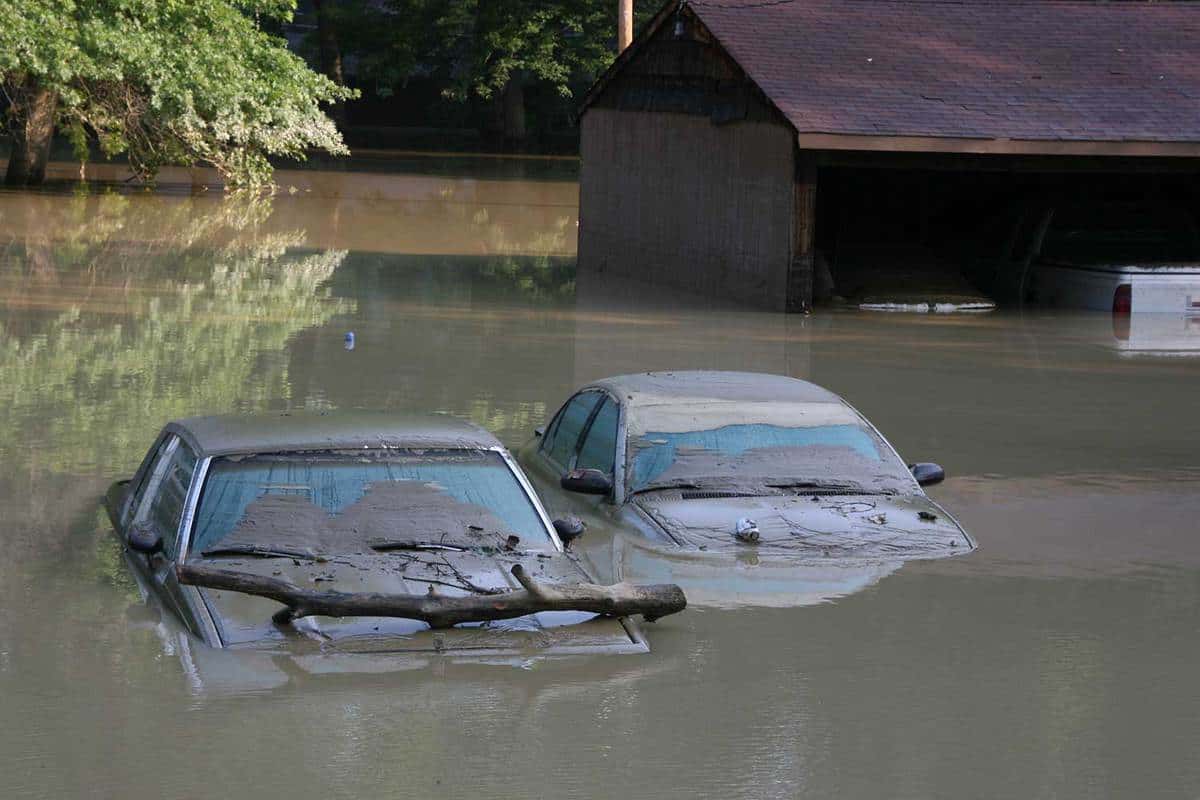 Luckily, there are several things you can do to protect your car from floodwater.

Go to high ground. If you know that a big storm is coming, park your car as high as possible. Try to find the highest point in your neighborhood and leave your car there until the flooding stops. This will help protect your car’s undercarriage from water damage.

Make sure every part of the cabin is sealed. Get in the habit of regularly checking the weather sealing around your car doors. If they are dry and cracked, have them replaced. This will go a long way toward preventing water from entering the cabin in deep water. And if a storm is coming, make sure the doors and windows are completely shut.

Is Flood Damage To A Car Repairable?

The short answer – it depends. In general, virtually all vehicle components can be repaired, but in the case of flood damage, it would be extremely costly to do so if the damage isn’t covered by your insurance policy.

But the better question is whether or not it’s worth fixing a car that has been damaged by floodwater. In many ways, flood damage is different than other kinds of vehicle damage because it can have particularly long-lasting repercussions. Additionally, if you have it repaired, it will be listed on the vehicle’s history report which will drastically lower the resale price.

And last but certainly not least, repairing a flood-damaged car is expensive. This is why most insurance companies generally opt to total these vehicles rather than pay to have them repaired.

Can A Car Work After Being Submerged In Water?

If the car wasn’t running while it was submerged in water, it probably won’t work even after the water drains. Water probably didn’t make it into the engine itself, but it will have caused significant damage to the spark plug wiring harness and other vital electric components, not to mention the damage done to the mechanical components under the car like the transmission, axles, and differentials.

If your car was submerged, we highly recommend having it towed to a certified mechanic for further evaluation before you try starting it.

Is A Car Totaled If It Gets Flooded? 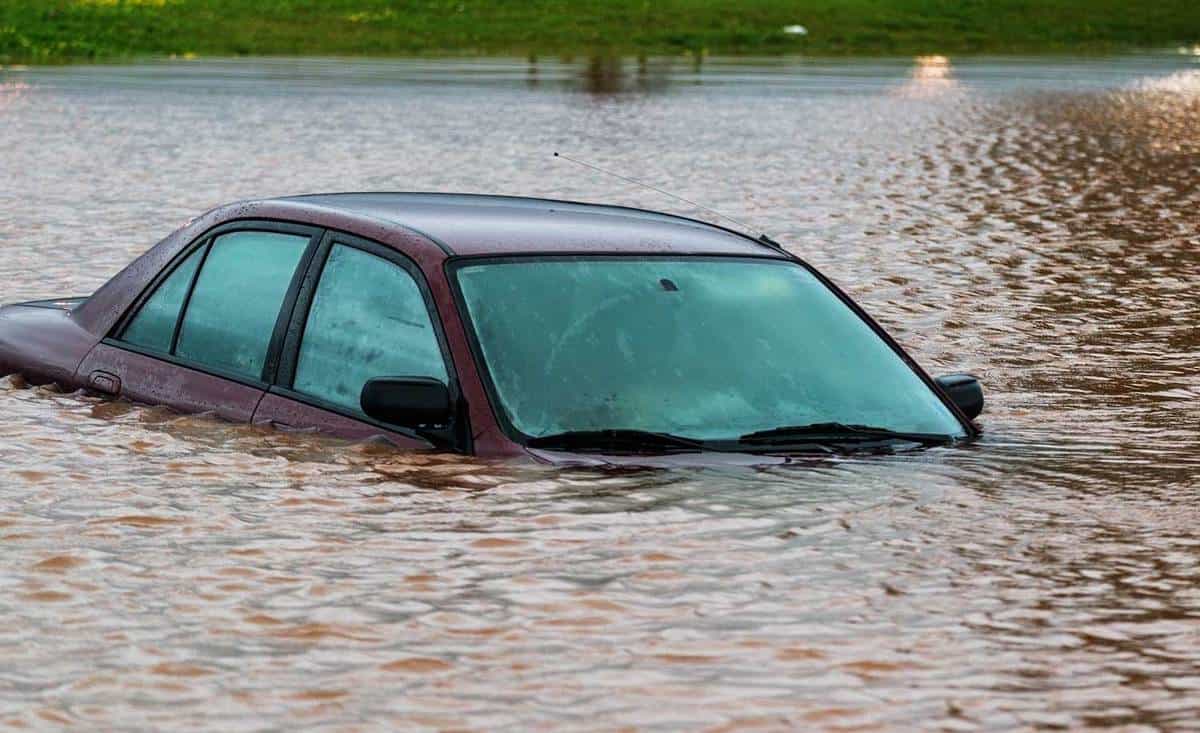 Whether or not a vehicle will be deemed totaled by the insurance company depends on the level of damage sustained in the flood along with the specifics of your particular insurance policy. It’s entirely possible that floodwater could have only caused minor damage to the vehicle, such as rust or mold.

If a vehicle only has minor problems from a flood, the insurance company will most likely try to fix it. However, if there is severe damage to the drivetrain and the vehicle interior, the insurance company will more than likely call it a total loss. As a general rule, if flood water rose above the floor of the vehicle, it will almost always be totaled. If the water reached that level, it already caused too much damage to critical mechanical and electrical components.

How Do You Spot A Flooded Car Before You Buy It?

Thankfully, there are several ways to identify a vehicle that has flooded. Here are some tips:

Check the inside of the vehicle for a mold or mildew smell. If a car has been in a flood, its smell will always give it away. Also, be wary of the presence of an excessive amount of air fresheners, as this could be an attempt to cover up a musty smell.

Check the electrical components. If a vehicle has been submerged in water, the electronics will undoubtedly be fried. Widespread electrical issues will be a dead giveaway that the vehicle in question has been under water.

Check for moisture in the lights. Though car headlights can accumulate moisture for other reasons, a flooded car might still have a water line in the headlights.

Check the underside of the vehicle for rust and other signs of flooding. If a car has been flooded, there will be rust and possibly other sludge and grime to prove it.

Have a certified mechanic inspect the vehicle. If you still suspect that a vehicle might have been flooded, it’s a good idea to take it to a certified and reputable mechanic for further evaluation. They will be able to tell you for certain whether or not the vehicle has been flooded.

If you live in an area that has flooded recently and are concerned about the possible damage done to your vehicle, you’re probably wondering if your insurance will cover it. The good news is that, as long as you have comprehensive coverage, insurance companies should cover the cost. And like we mentioned earlier, the insurance company will most likely total the vehicle if the flood damage is severe.

Why Is Driving So Hard? [And 7 Ways To Make It Easier]

How To Store A Car Long Term

What To Do After Buying a Car?

10 Top Motor Oil Brands – How to Choose Yours

My Car Is Leaking Oil When Parked – What to Do? 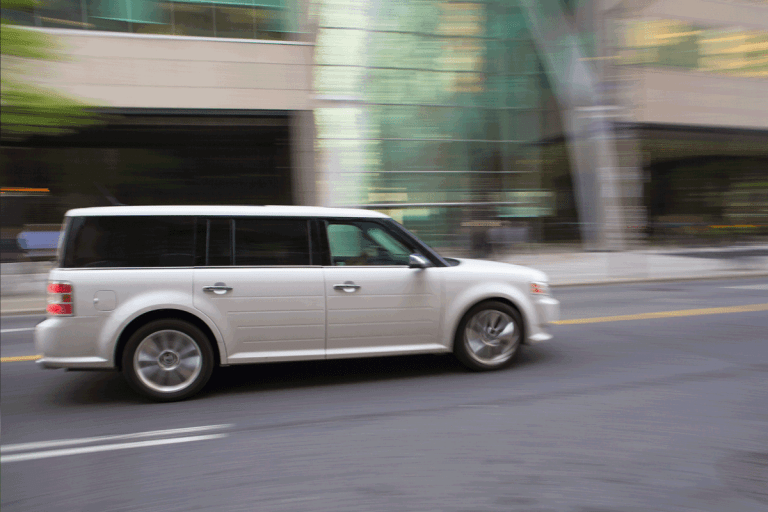 What Are The Ford Flex Cargo Dimensions? 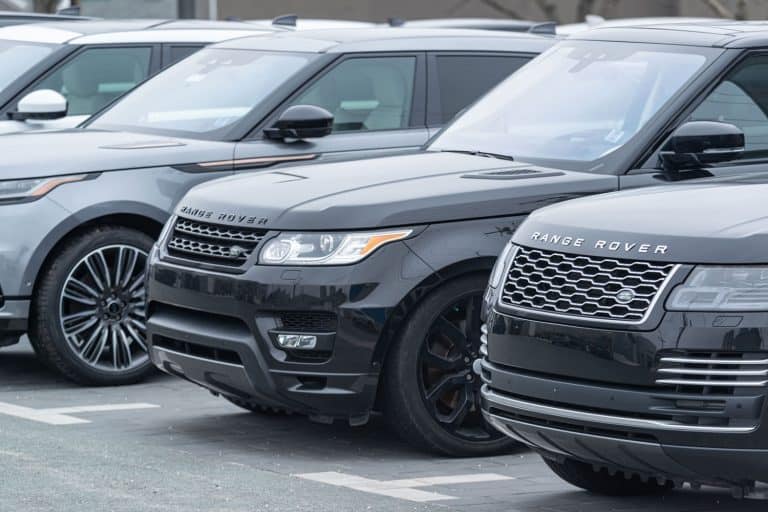 What SUVs Have Cooled Seats? 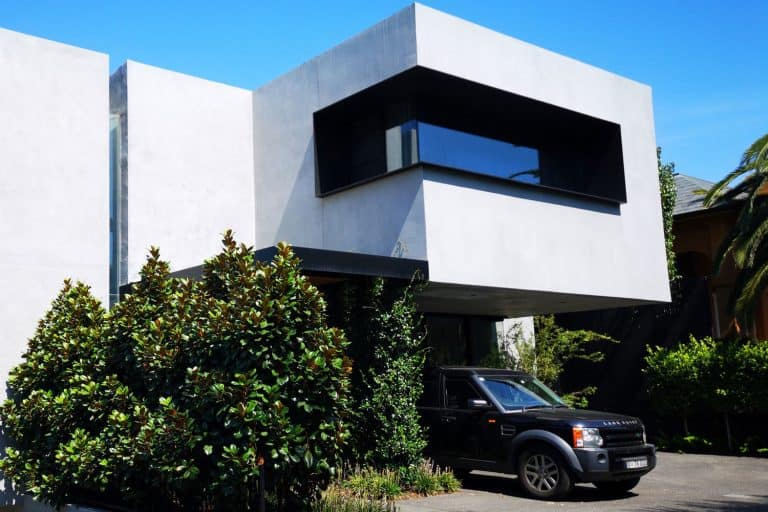 Should You Back Your Car Into The Garage? 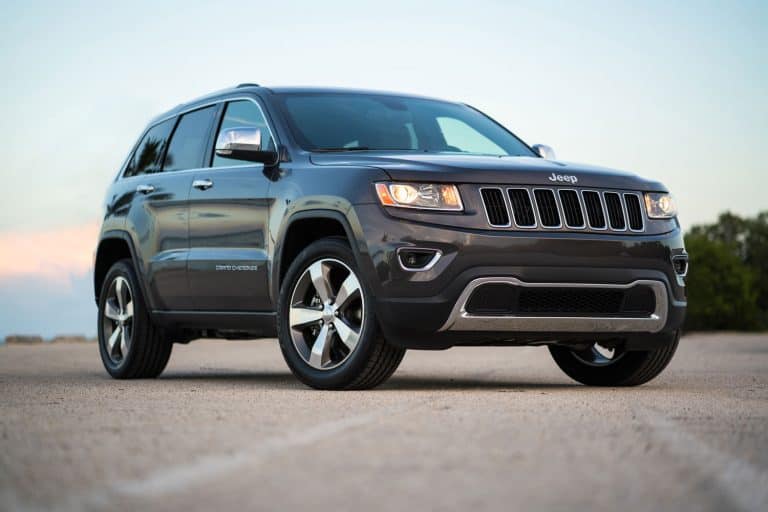 What SUVs Have Air Suspension? [Mid-Size And Full-Size] 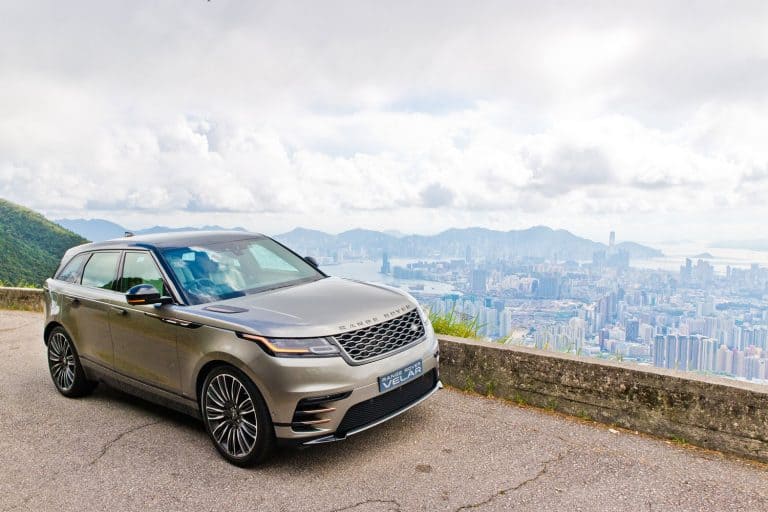 What SUVs Have A Hands-Free Liftgate? 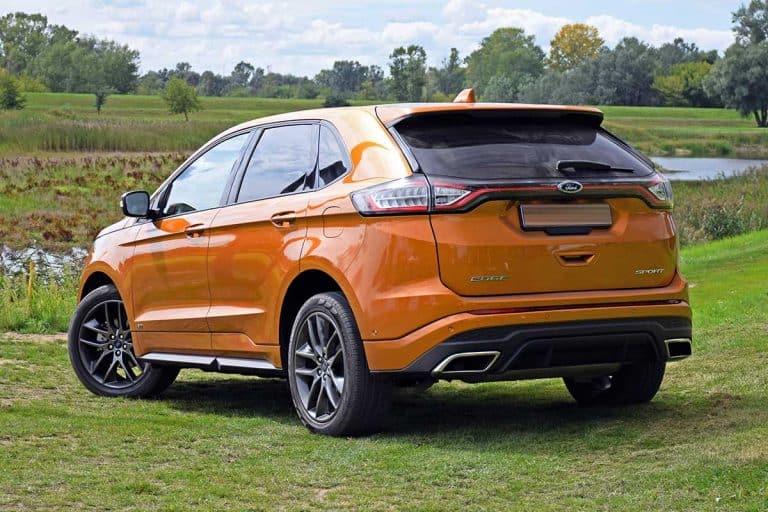 How Big Is The Ford Edge Cargo Area? [Dimensions For 2021 Models] 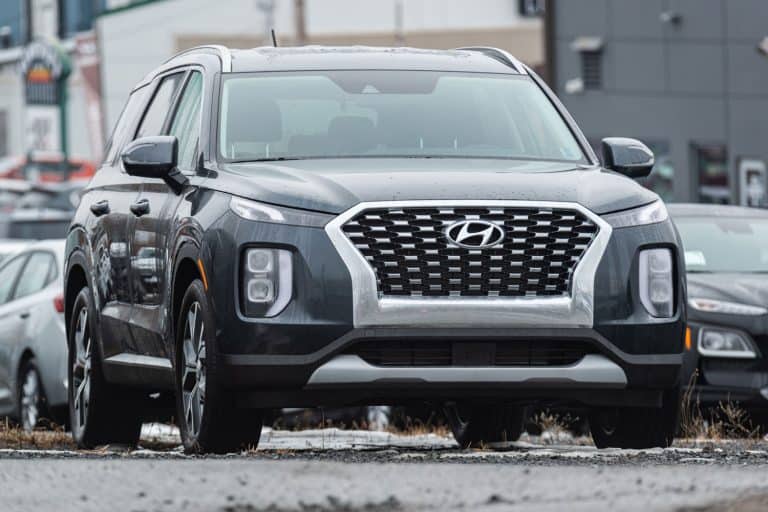 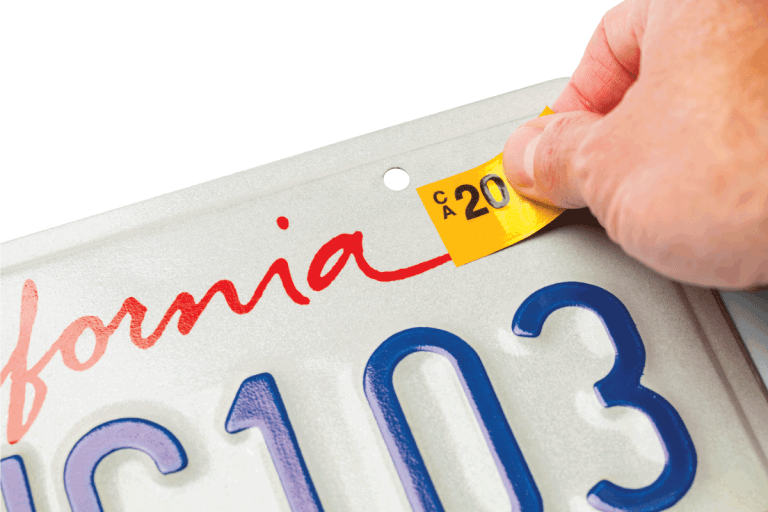 How Long Does It Take To Get A License Plate?