If you've purchased a new car or truck in the last decade, you've probably noticed a lot of changes in fuel economy. New technology has made engines more fuel-efficient without sacrificing power. Ford's vehicle models are no exception to this, debuting their EcoBoost systems several years back. Should you be considering a Ford with this technology, you're probably wondering what kind of fuel economy to expect. We researched this auto manufacturer's models so that you can have a definitive answer.

The gas mileage you can expect with the Ford EcoBoost will vary greatly depending on several factors. The model vehicle, the trim levels, and how you drive will make a difference in fuel economy. Additionally, the mileage your Ford gets will vary from in-town trips and those that are mostly highway. We'll look at the combined city/highway averages for vehicle types here:

Now that we know the average miles per gallon with EcoBoost by class, we'll look into what will impact fuel economy in more detail. You might also be wondering what EcoBoost means. Or maybe you're curious when Ford debuted EcoBoost. To see what we've discovered, read ahead in this post.

If our vehicles got the same miles per gallon no matter what, it would be a lot easier to understand the concept. However, there are a good number of factors that directly impact how many miles per gallon your car or truck will get. Let's take a closer look.

Where you drive it

You are probably already aware that stop-and-go driving uses more fuel than setting your cruise control on the interstate. Constantly accelerating and braking diminishes your fuel economy. So if you do most of your driving in town, you won't get near the miles per gallon as a long-distance commuter in the same model vehicle.

How you drive it

If you have a lead foot, you won't get optimal fuel economy. Engines are only at their peak fuel optimization for a limited amount of speed. Exceed it, and your engine will begin consuming more fuel than it would if you would drive the speed limit.

If you're confused at all of the options available at the gas pumps, you're not alone. The grade of fuel you select will have an impact on your fuel economy, however. Read your owner's manual to determine what grade Ford recommends. Generally speaking, higher levels of ethanol will diminish your fuel economy if you have EcoBoost, while premium gasoline will increase it.

How you maintain it

Believe it or not, how you keep your vehicle's maintenance schedule will determine your fuel economy. Things we should all be doing, like changing the oil regularly and keeping the tires properly inflated, will impact how many miles per gallon you'll be getting. Carefully read your owner's manual, and stick to the factory-recommended maintenance intervals. Not only will you get the best mileage possible, but you'll also be extending the life of your Ford.

What does Ford EcoBoost mean?

The EcoBoost technology that Ford equips with some vehicles is a patented method of turbocharging and direct fuel injection. If you're not a gearhead, the simplest way to explain this technique is to make an engine more fuel-efficient without diminishing the engine's power. A turbocharger is a device that forces more air into a vehicle's engine. This boost adds more power to the engine, making it more efficient than building a larger engine.

What Ford cars have the EcoBoost engine?

Every model car Ford manufactures has the EcoBoost engine as a standard feature or an option. But if you are looking at an older model (early 2010s), then you should consult the owner's manual to see if the car or truck has been equipped with this technology. 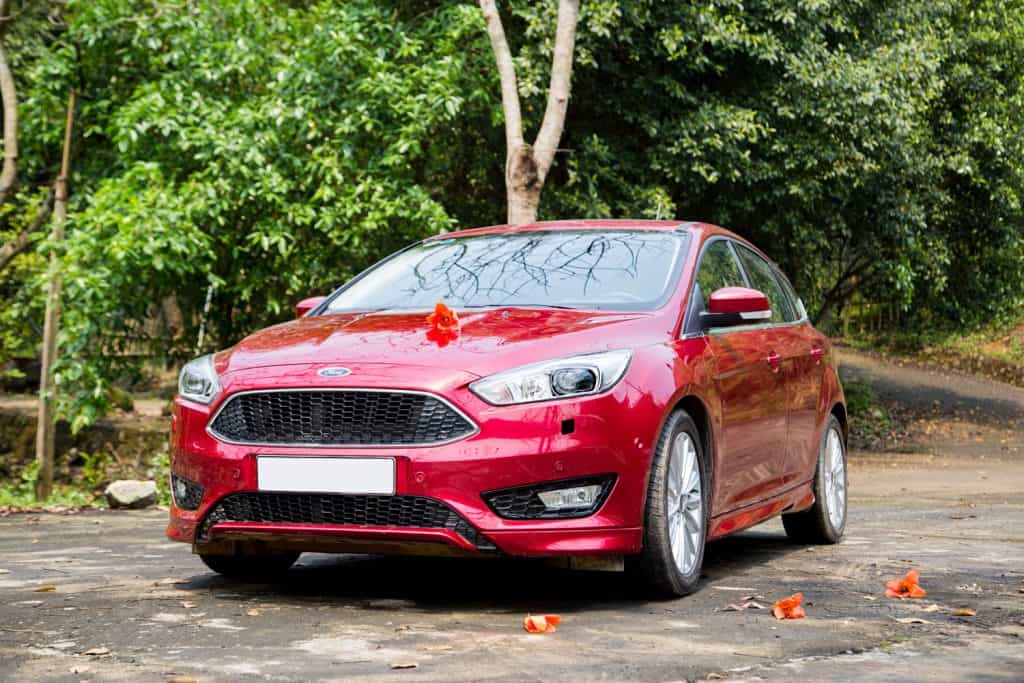 When did the EcoBoost come out?

Ford began offering EcoBoost as an option for select models in 2010. Since then, all model Fords have come standard with EcoBoost or as an added feature.

How do I know if my car has EcoBoost?

Your owner's manual will indicate if your Ford has been equipped with EcoBoost technology.

What kind of gas does the EcoBoost take?

The grade of gasoline you fuel your Ford with has an impact on its fuel economy. As a general rule, if you use anything with a higher ethanol concentration, you will see your fuel economy diminish. To avoid your miles per gallon being reduced by up to 20%, it's best to stay away from E85. Ten percent ethanol blends work much better with the EcoBoost. But if you want the best fuel economy possible, consider fueling your Ford car or truck with premium gasoline.

Your Ford's owner's manual should provide a definitive answer on what grade of fuel your engine will perform best with. Consult this guide before changing any fueling routine.

What kind of oil does the EcoBoost take?

A direct-injection engine should be treated a bit differently when it comes to some of your routine maintenance. Be wary of using just any old brand or type of motor oil. Due to how the fuel is directly injected into the engine, sooty exhaust tips and pre-ignition issues can be costly.

The weight of the oil will, of course, vary by the engine. But it's recommended that you use a brand that is specific to direct injection engines. There are numerous brands on the market and can be found at your dealership or at a local auto parts store.

Fuel economy has come a long way in recent years. Ford has kept up with the latest in technology and has made it readily available for all model vehicles. While this type of system will require a little different maintenance, those who have cars and trucks equipped with it generally find it worth it.

If you enjoyed reading this post on Ford's EcoBoost, we believe you'll find the following automotive posts helpful:

How Much Does a Ford Fiesta Weigh? [Manual vs. Automatic Discussed]

Car Won’t Accelerate When Pressing The Gas – What Could Be Wrong?