The Ford F-150 has been one of the most popular pickup trucks for decades. As with most vehicles, it is common for parts to develop faults occasionally. If the power outlet in your Ford F-150 is not working, you have come to the right place. We researched different reliable sources to help you, and here's what we found.

If your Ford outlet is not working, it could be due to the damaged fuse or the outlet needing to be replaced. This results in intermittent loss of power on the Ford, and it could affect its efficiency.

Outlet malfunction is a common problem for Ford users. Keep reading to learn why this happens and easy ways you can fix it. 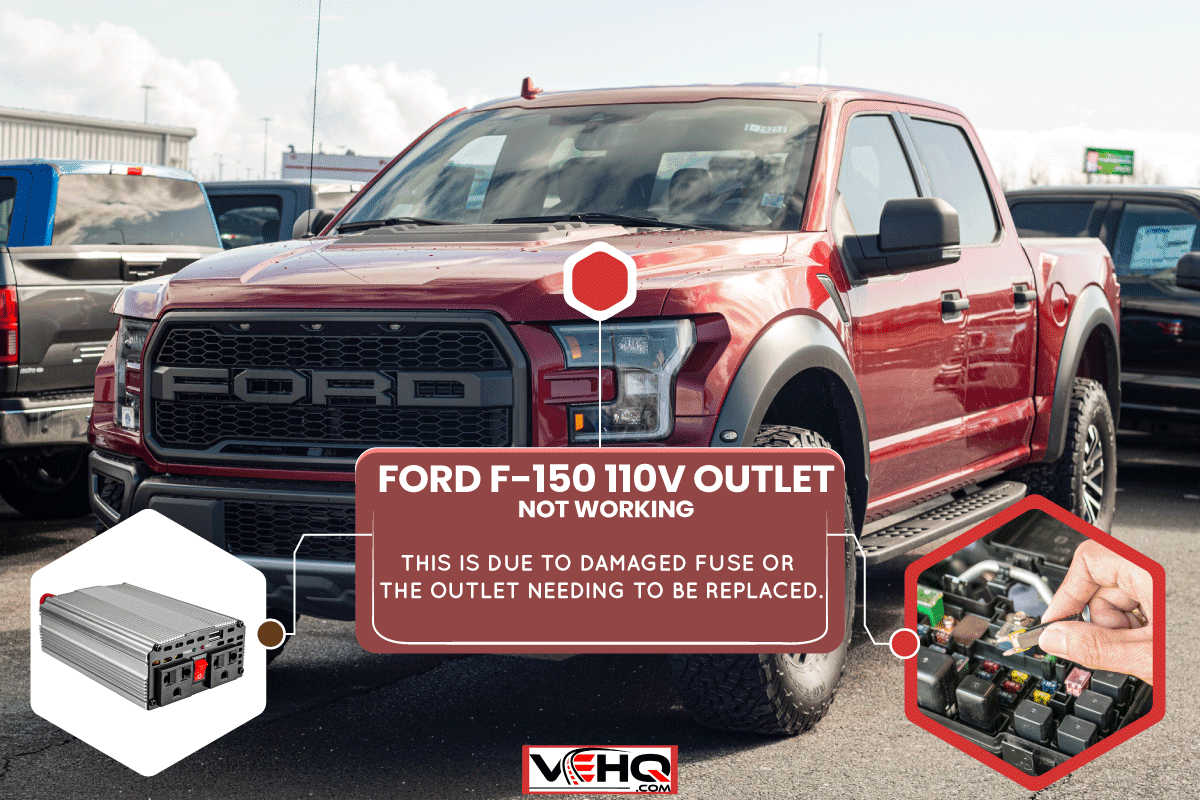 A blown fuse is the most likely cause of a Ford F-150 110-volt outlet that is non-responsive, so check that outlet before doing anything else.

It is possible that you just need to inspect the fuse box and replace the blown fuse with a spare that is already contained within the fuse box in order to completely avoid any issues.

However, the 110V outlet seems to have a more widespread problem, which is an intermittent loss of power, and this problem is especially noticeable when driving the truck. The inverter and all of the electrical connections are the two components that need examining more closely.

Changing out the entire outlet is not only simple but also rather inexpensive. It is not fastened in place with any nuts or bolts of any kind. It snaps into place easily.

If you are able to get rid of the outdated outlet and put in its place a new one, that might cost as low as $10. If you took it to a dealership to have them do it, they might charge you an additional $20–$40 for labor, depending on how much they charge per hour.

Due to the crucial nature of the electrical components involved, it is not suggested that you attempt to repair the inverter or connections on your own.

Professional repair of the inverter or connectors could cost between $50 and $70, with the majority of that cost going toward the labor involved. 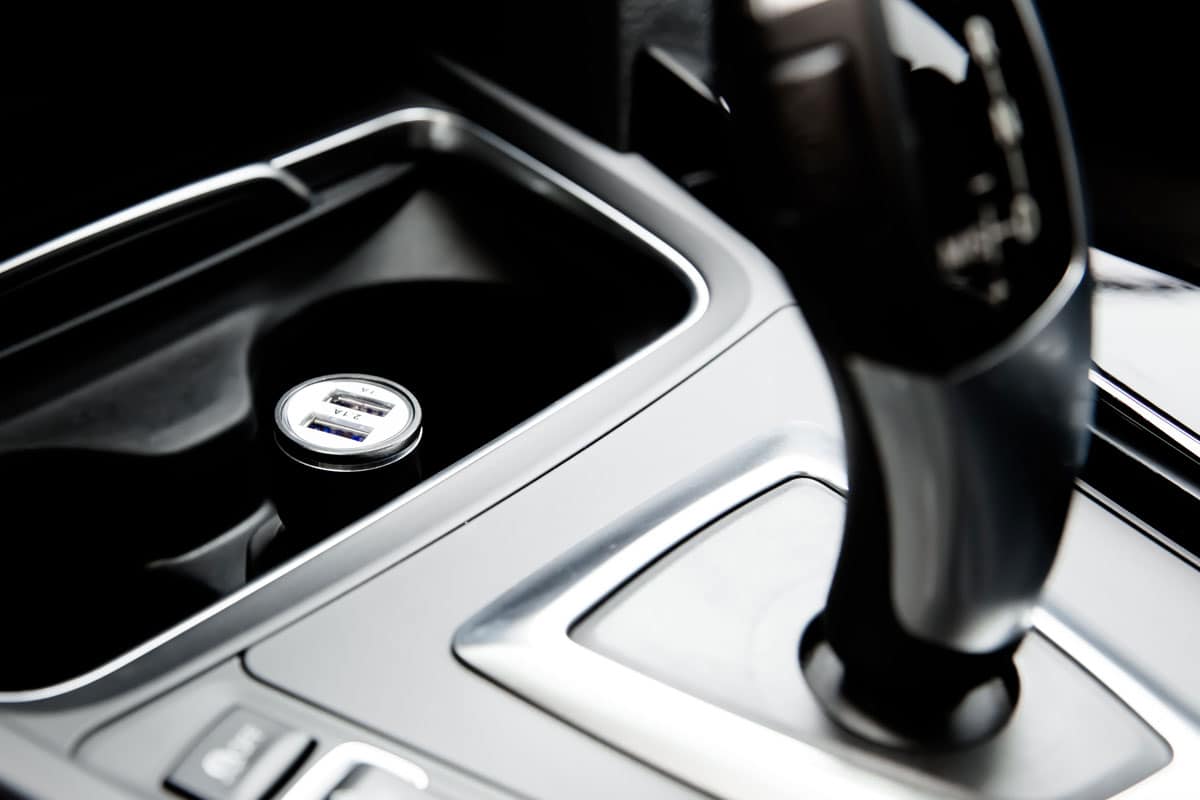 On the scale for measuring the severity of faults, the electrical problem with the 2020 F-150 is rated as a nine, which indicates that it is "very serious."

Owners of Ford F-150 pickup trucks are reporting a variety of issues as a result of the malfunction. There are issues with the camera systems, the electric door locks, the system for charging the batteries, and plenty more. 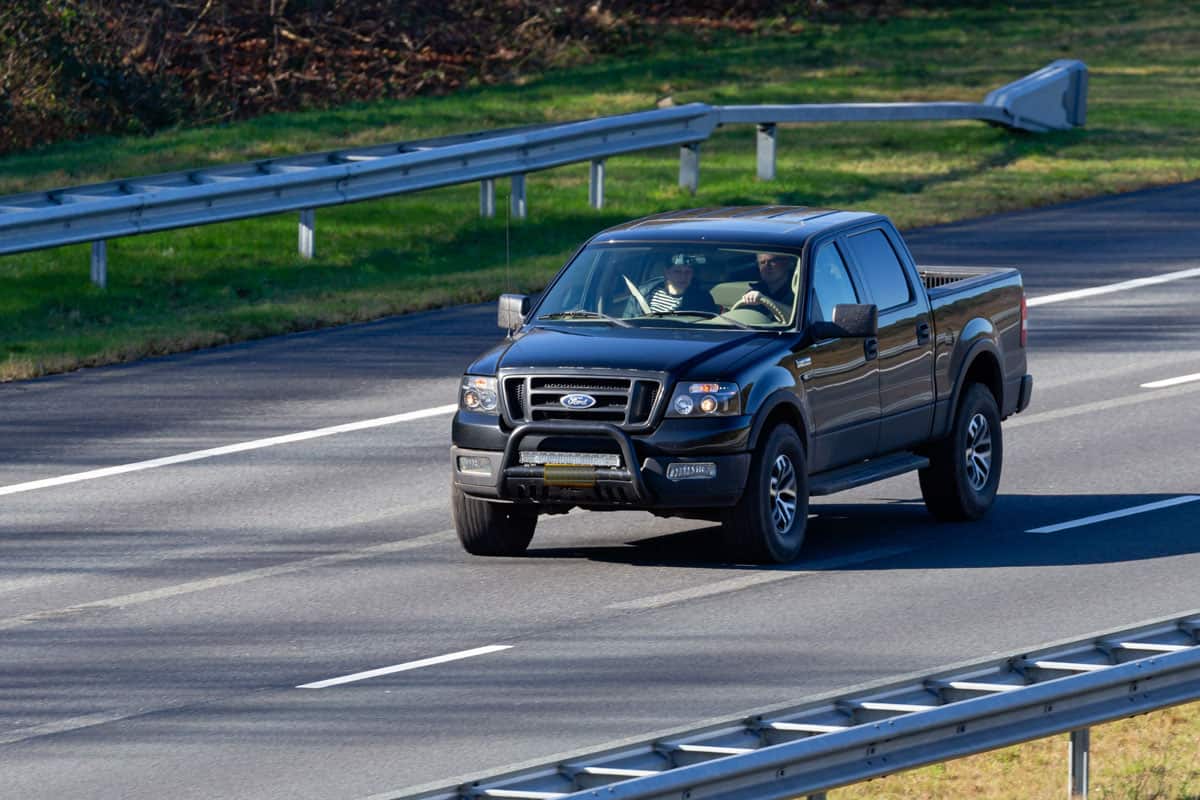 In the event that the hybrid battery pack has reached its maximum capacity, the vehicle will not start, but the system will be prepared for operation.

How Many Amps Is The Outlet in the F150?

When the 3.5-liter V6 hybrid "PowerBoost" engine is installed in the Ford F-150, the 2.4-kW is included as standard equipment.

You may obtain electricity through two normal 120-volt, 20-amp plugs that are located in the truck bed. Ford estimates that a single tank of gas can power the truck for up to 85 hours.

What is Power Inverter in F150?

The power inverter in F150 is an additional DC-to-AC converter that is installed in inverter generators after the generator. The ripples in the voltage are smoothed down by dedicated power electronics that are used by the inverter, which then produces a perfect sine wave at the output.

Does The Ford- 150 Have a Built-in Generator?

The brand-new 2021 Ford F-150 is equipped with several desirable features and improvements. In addition to providing a full hybrid V6 variant, the series is equipped with an integrated generator. This is fantastic news for people who travel in RVs.

Because the generators were already installed in their pickup trucks, the owners of certain pickup trucks in Texas were able to ride out the power outages caused by winter storms in relative comfort.

The "Pro Power Onboard" function is featured on the 2021 Ford F-150 pickup trucks. Depending on the engine, this feature can generate 2, 2.4, or 7.2 kilowatts of power.

How Long Does F-150 Generator Last?

You can be able to keep your F-150 going all night. At its maximum load of 2,400 watts, the hybrid system with 2.4 kW of power can operate for 85 hours on a full tank of gasoline. Under the same maximum load conditions, the 7.2-kW system will continue to operate for 32 hours.

In addition, the PowerBoostTM hybrid engine can accommodate a generator with 7.2 kW of Pro Power Onboard capacity. There are five 120V 20A outlets and one 240V NEMA L14-30R outlet located in the truck bed. Together, these outlets provide a maximum run time of 32 hours when using a full tank.

How Does Ford Pro Power Onboard Work? 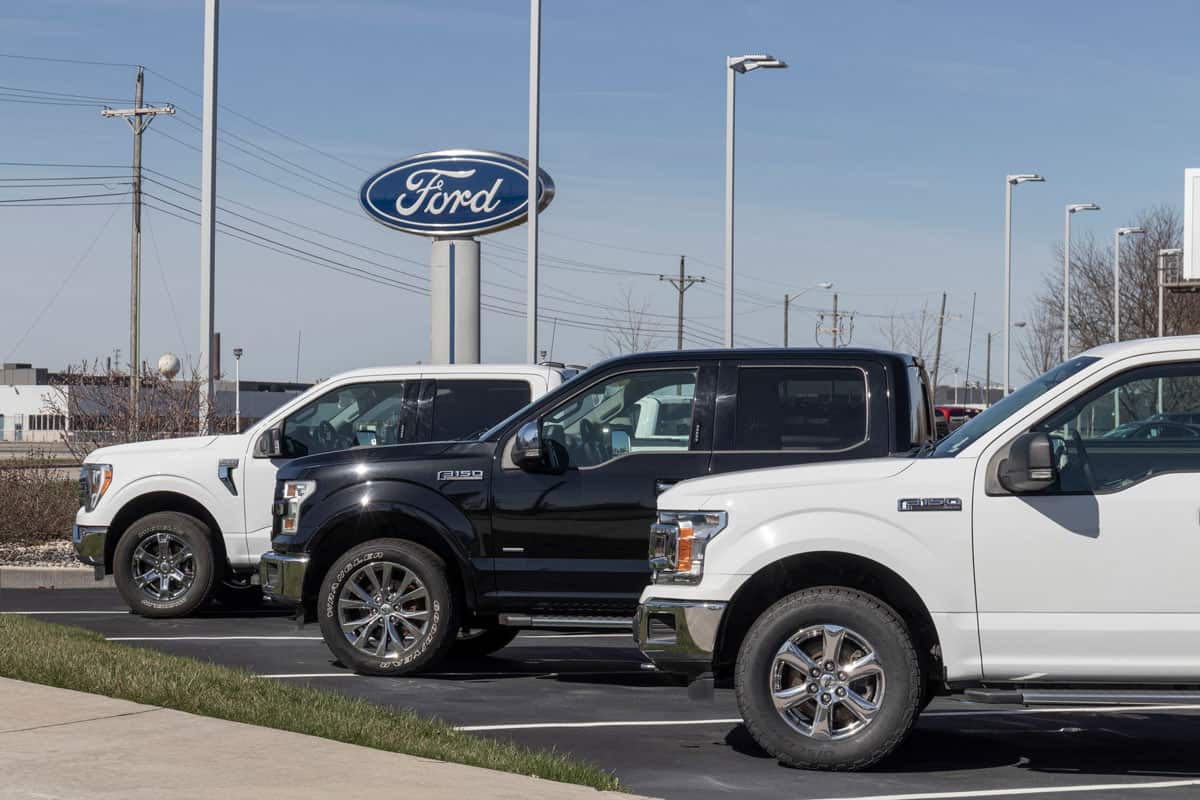 The lately established technology transforms Ford's pickup truck' use right into a mobile generator that is capable of supplying electricity to almost any kind of electric tool or system that requires it.

Pro Power Onboard adds a brand-new level of convenience by transmitting power from a running engine or battery pack (F-150 Crossbreed) to an arrangement of outlets in the vehicle bed.

This allows the truck bed to be utilized for the charging of various electronic tools. This is something that you can do to make everyday life less hard.

The battery in PowerBoostTM full hybrid versions gives electricity to the vehicle until it is exhausted, at which point the gasoline engine switches on to top off the battery. When it comes to versions that run on pure gas, the engine is constantly operating in order to supply power to the system.

The system has a capability of 2.0 kW, as well as being linked to the engine to ensure that it might provide power to a set of 120-volt, three-prong plugs that are positioned in the vehicle bed.

See the Pro Power Onboard system in action in the video below:

It is possible for a user to plug multiple electronic items into outlets in the bed or cabin of the truck and have them powered for as long as the truck has gasoline. 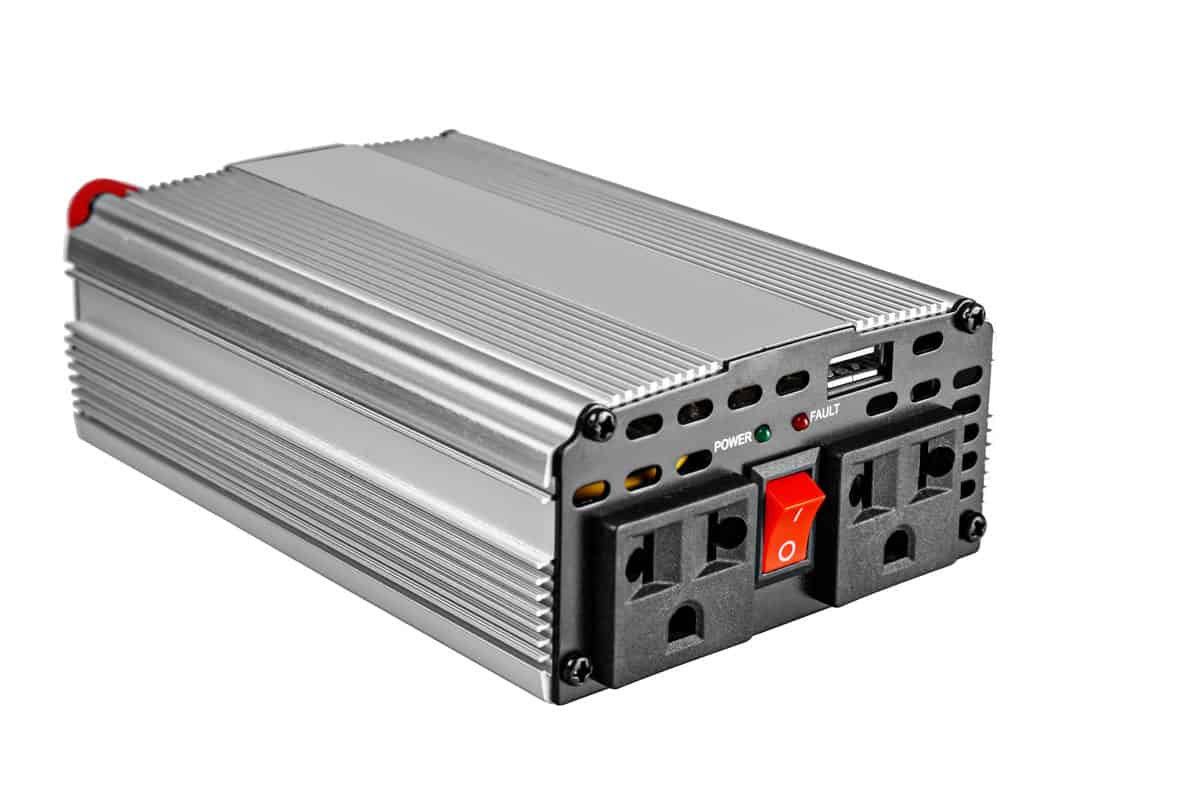 If you want the power of your Ford F-150 truck's inverter to range from 1200W to 2000W, you might want to consider getting an F-150 power inverter replacement. It is possible you will appreciate this upgrade since the power inverter in your truck is unable to keep your 1-gallon vacuum cleaner.

In this scenario, you are required to adhere to the restrictions described in the owner's manual of your truck as well as investigate the boundaries of the control system and the dashboard plug-in.

This is because an overload power inverter circuit is the last thing you will want to have happen. Under these conditions, you have the option of installing a second power inverter and then directly wiring it to the battery while placing the fuse at the battery itself.

You will require 167 amp on the 12 volts side for the power inverter that has a capacity of 2000 watts. 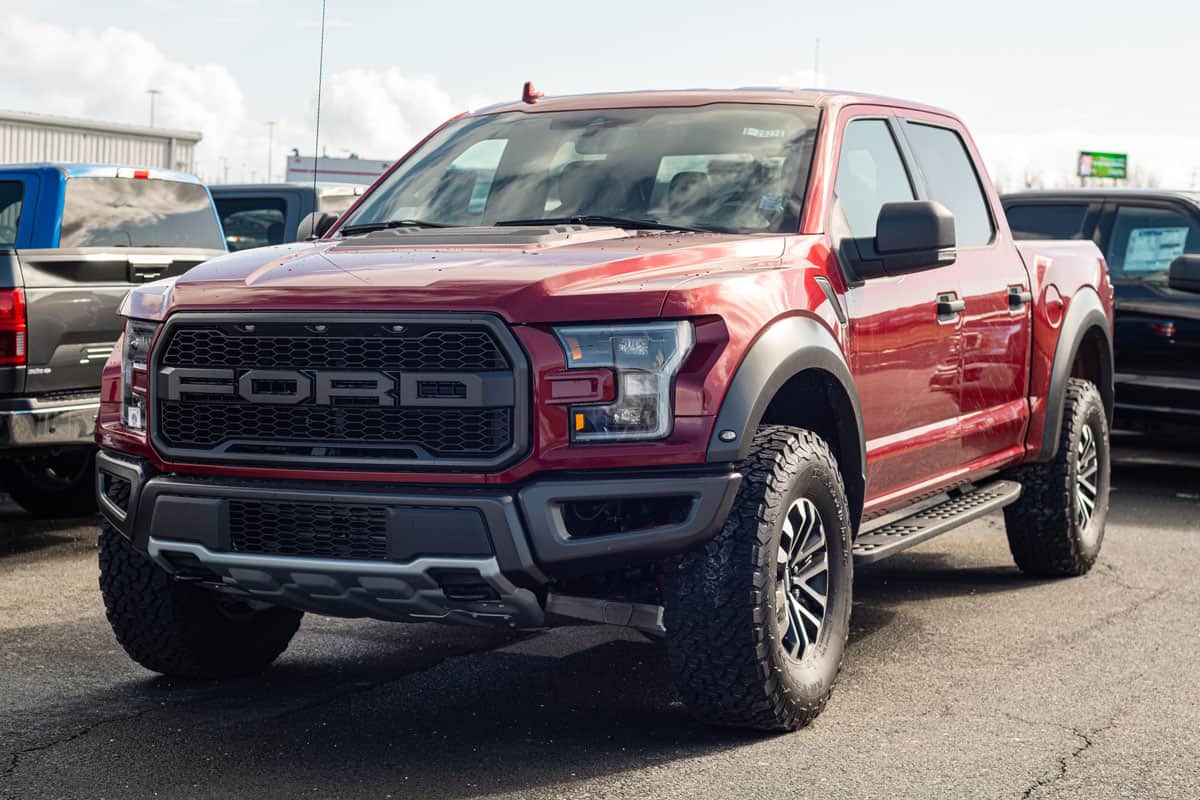 In comparison to a conventional generator, Pro Power Onboard is a solution that is more integrated and technologically advanced. If your Ford F-150 110-volt outlet is not working, it is most likely due to a blown fuse, so take your vehicle to a qualified technician to check it out.

To learn more about power outlets in vehicles, check out the following articles:

Do Camper Outlets Work On Battery?

RV Outlets Not Working - What to Do?