Are you considering buying a new Ford F-250 and wanted to know the features that you could get from each trim? Or perhaps you have recently purchased a Ford F-250 and wanted to know how your truck stacks up against the other trims? We sifted through all the data on the different Ford F-250 trims from the release of the second generation in 2008 up to the present fourth-generation iteration to bring you a detailed answer.

However, despite having similar engine options across all trims, there are other features that make each Ford F-250 trim different from each other. We will talk about these other features in detail in the succeeding sections. Read on! 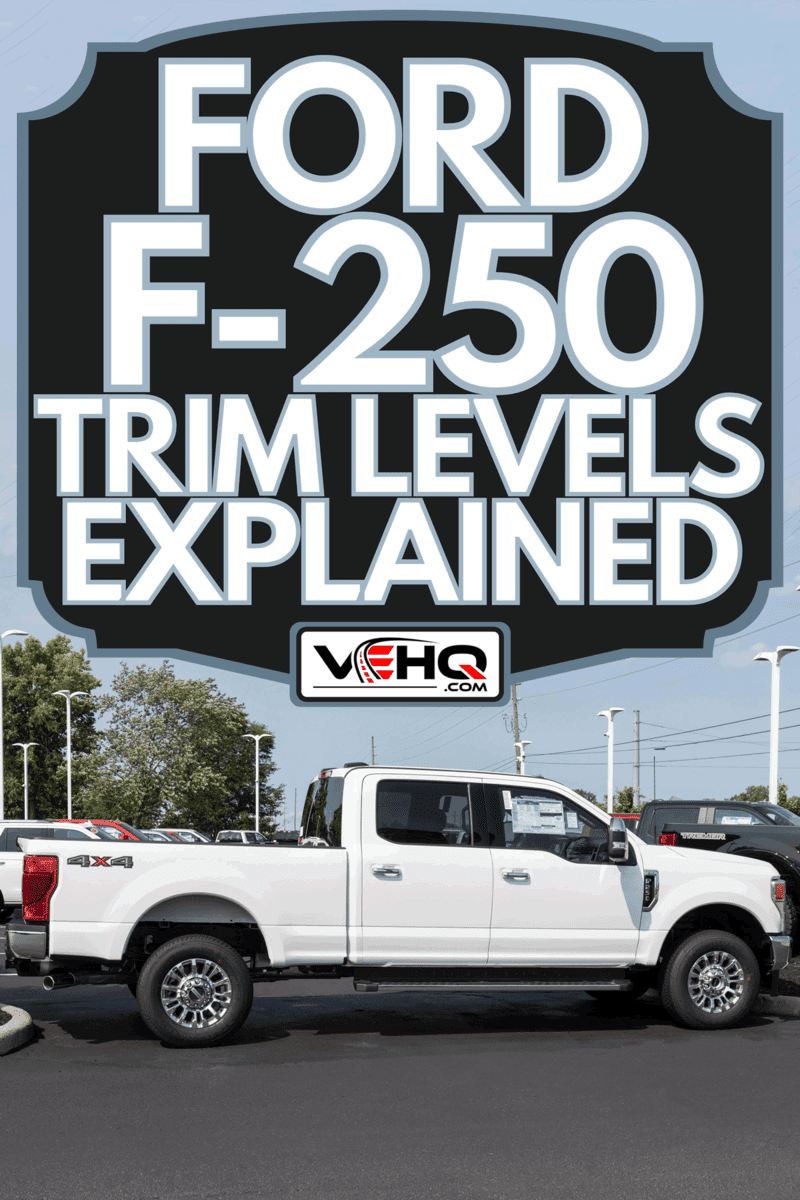 The interior of the F-Series Super Duty lineup trucks, where the Ford F-250 belongs, was redesigned for the second generation. A new steering wheel, center dash bezel, instrument cluster, interior door panels, and seat trims were installed as part of the new features of the new generation of Super Duty trucks. 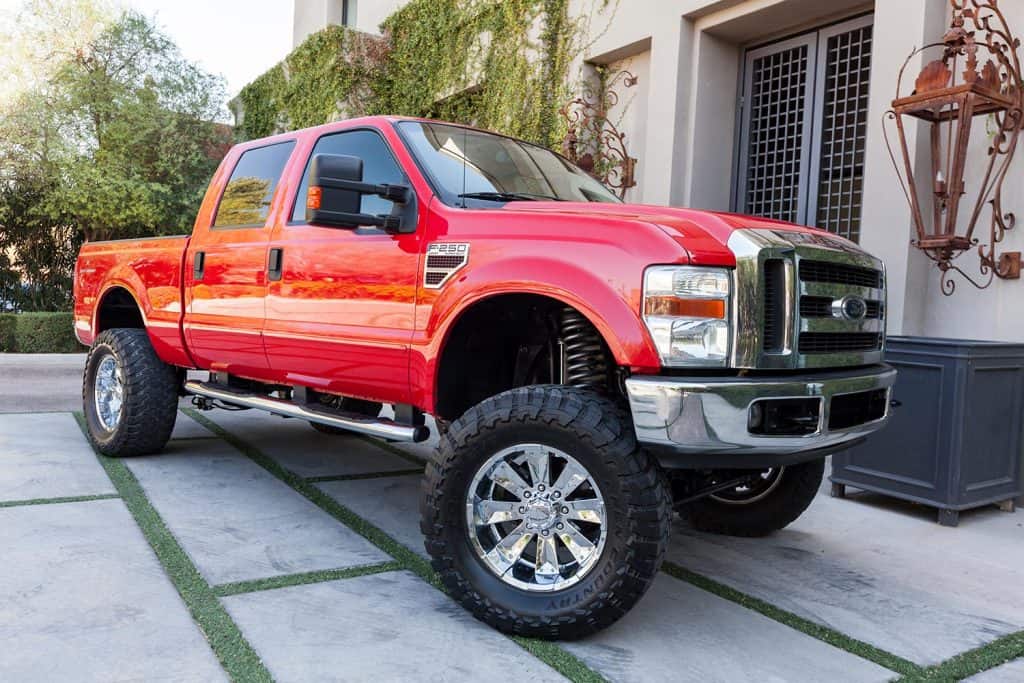 There were six different trims in 2008. All trims have access to three engine options:

Ford F-250 XL, XLT, Lariat, and FX4 had the option to install a 6-speed manual transmission. Including the aforementioned trims -excluding FX4- and the Ford F-250 King Ranch all had the option for RWD, as well.

All trims have access to two tank capacities—30.5 gallons or 38 gallons.

Moreover, Ford F-250 XL and Ford F-250 XLT are the only trims that can be equipped with a 3-seater regular cab.

Ford F-250 King Ranch and Ford F-250 Harley-Davidson, on the other hand, have access to only the 4-seater crew cab.

All trims offered the same engine options in 2009. Additionally, Ford added a seventh trim to its Ford F-250 lineup in 2009—the Ford F-250 Cabelas. 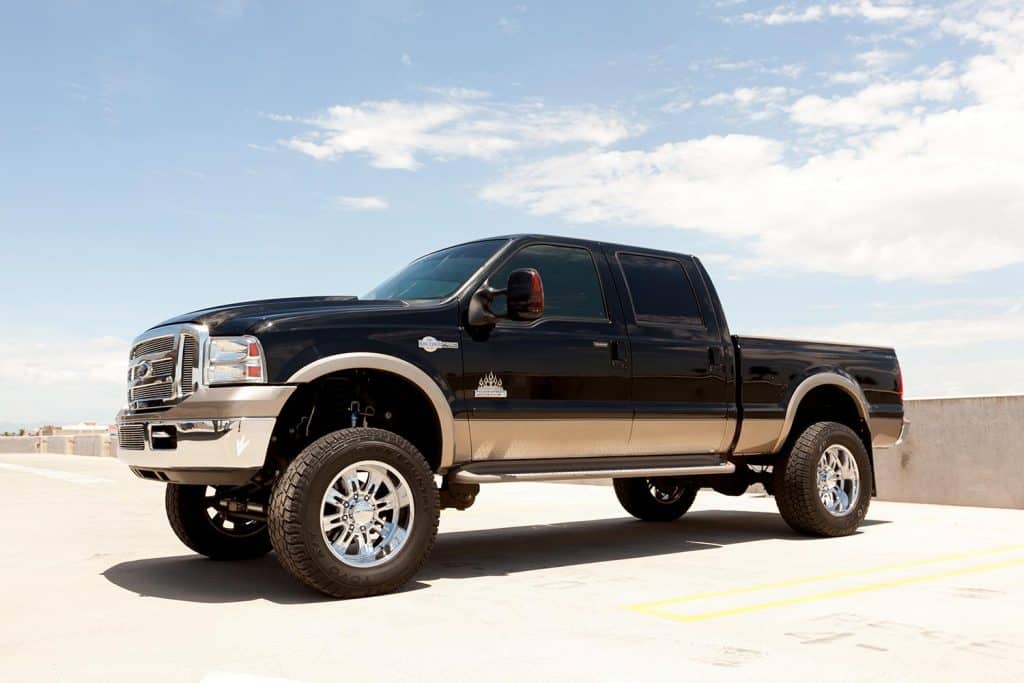 Ford F-250 Lariat had access to the two 6-seater cabs.

All trims retained their passenger options from the previous year except for the Ford F-250 King Ranch that started to offer only the 5-seater option of the crew cab.

Ford dropped two more trims when it launched the third generation in 2011, leaving only four trims for 2011 and 2012.

Additionally, Ford dropped the manual transmission option on all its trims then gave them access to RWD and 4WD drivetrain options.

Traction control became standard across all trims, while the tank size was standardized at 35 gallons for all trims and cabs. 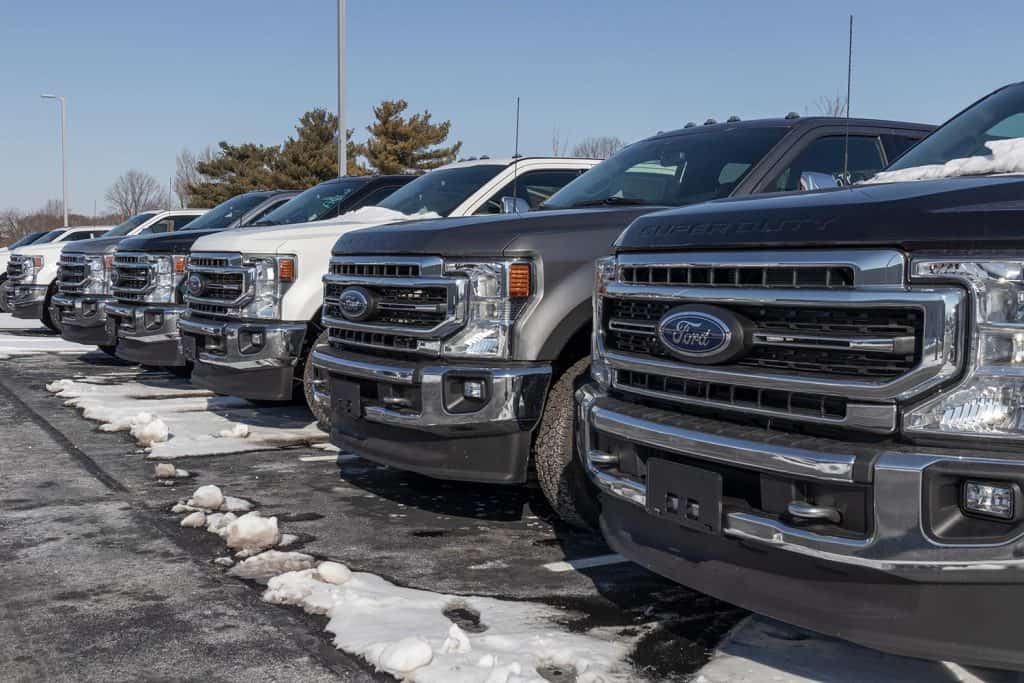 The third generation also made traction control a standard feature on all trims of the Ford F-250.

All trims also gained access to Bluetooth connectivity, starting with the third generation. It is available as an optional feature for the Ford F-250 XL.

A new trim was added in 2013—the Ford F-250 Platinum. It came with the same set of engine options and transmission. However, unlike the other trims, it is only available in a 4WD drivetrain.

There were no changes to the features and configurations of the trims since they adapted the new engine until the end of the third generation in 2016.

The trims were given two new fuel tanks, reducing the regular 35-gallon tank from the previous generation to 34 gallons. A much larger fuel tank (48 gallons) was installed as a standard component of the 8-foot crew cab option.

There were no changes to any of the configurations and features of the trims in 2019.

A new engine was added to Ford F-250 in 2020. Ford F-250 XL, XLT, Lariat, King Ranch, and Platinum received the new 7.3-liter Twincharged gasoline engine as part of their repertoire of engine options.

The 6.2-liter V8 gasoline engine was discontinued in 2021. It was replaced with a more powerful version of the 6.2-liter V8 Flex-fuel engine. All trims except Ford F-250 Limited offered the new engine as an option.

All other features of the different trims were carried over to 2021. 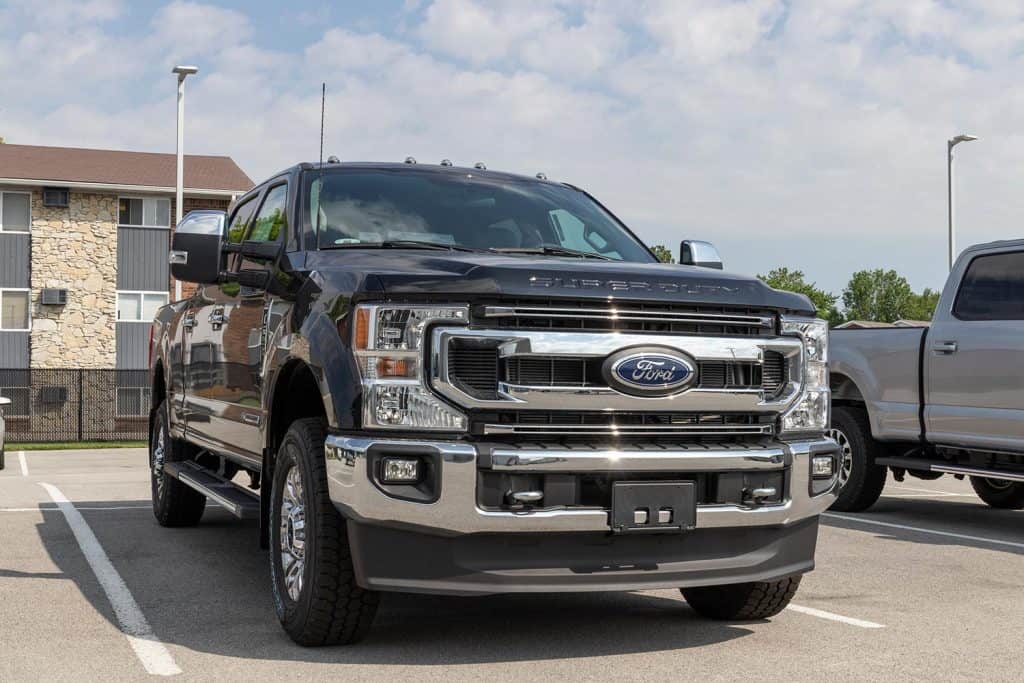 The Ford F-250 XLT started to offer an optional power passenger’s seat in 2022.

The Ford F-250 Limited had an optional Snow Plow package that made it more suitable for winter tasks. The Snow Plow (also available for the Ford F-250 Platinum) served as a base add-on where other inter-changeable Sno-Way snowplows can be attached.

The Ford F-250 had several trims that enjoyed the benefit of having the same engine options. However, the way the other features were mixed and matched gave each trim a uniqueness that catered to the range of jobs that they were built for.

There are a number of available optional add-ons that expanded the capability and functionality of the Ford F-250, which make it a truly Super Duty truck.

If you enjoyed reading this article, you mind find these other articles interesting:

Do Ford Trucks Rust? [Everything You Need To Know]

What Ford Trucks Have A Diesel Engine?