Time and the elements will take their toll on any truck. The less rigid aspects of the car, such as radiator fans, are the first to go. Do you want to know why the fan in your Ford F150 is so loud? We've looked into this problem and found the possible causes.

Several things could be causing the fan in your Ford F150 to be so loud.

Ford trucks have proved their worth, but they also need a thorough general check-up. Continue reading as we break down the causes and how to fix them. Let's dive right in! 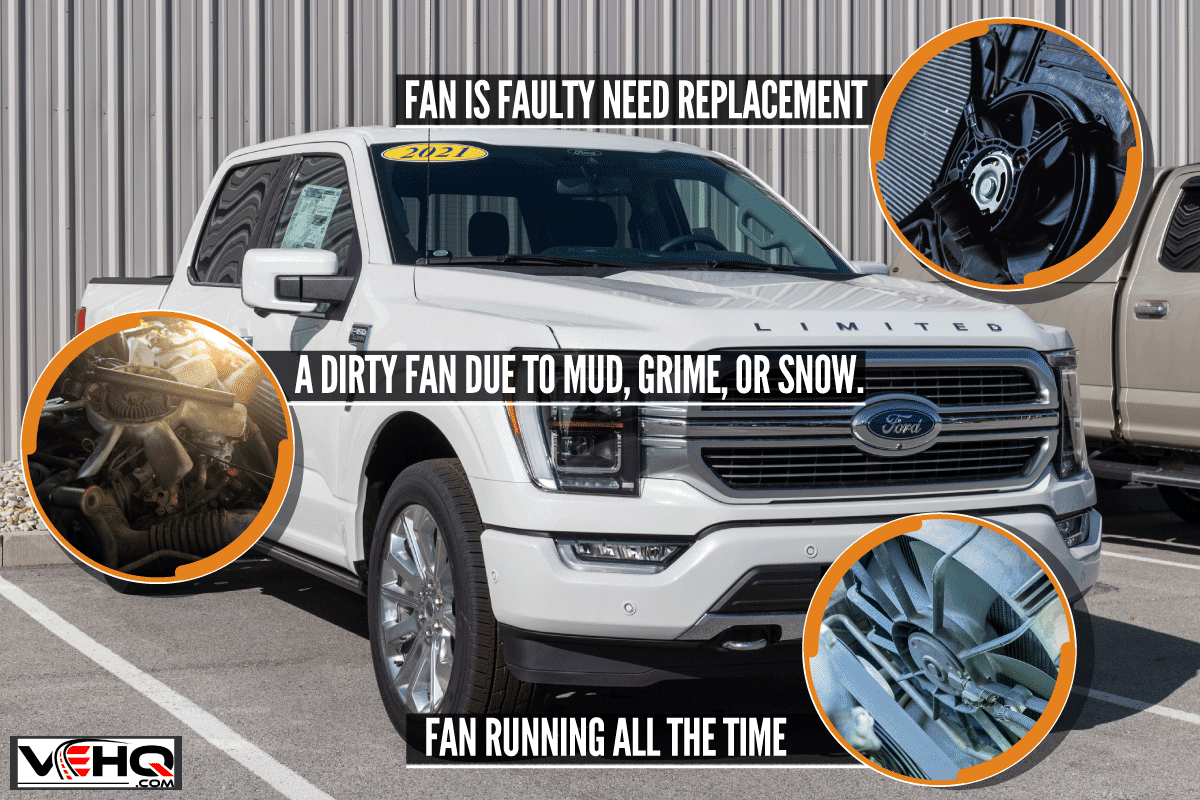 In general, a brand new Ford truck will not have any issues. However, old trucks might have some problems at random. Many Ford F150 owners have noticed that the radiator fans are sometimes very loud. 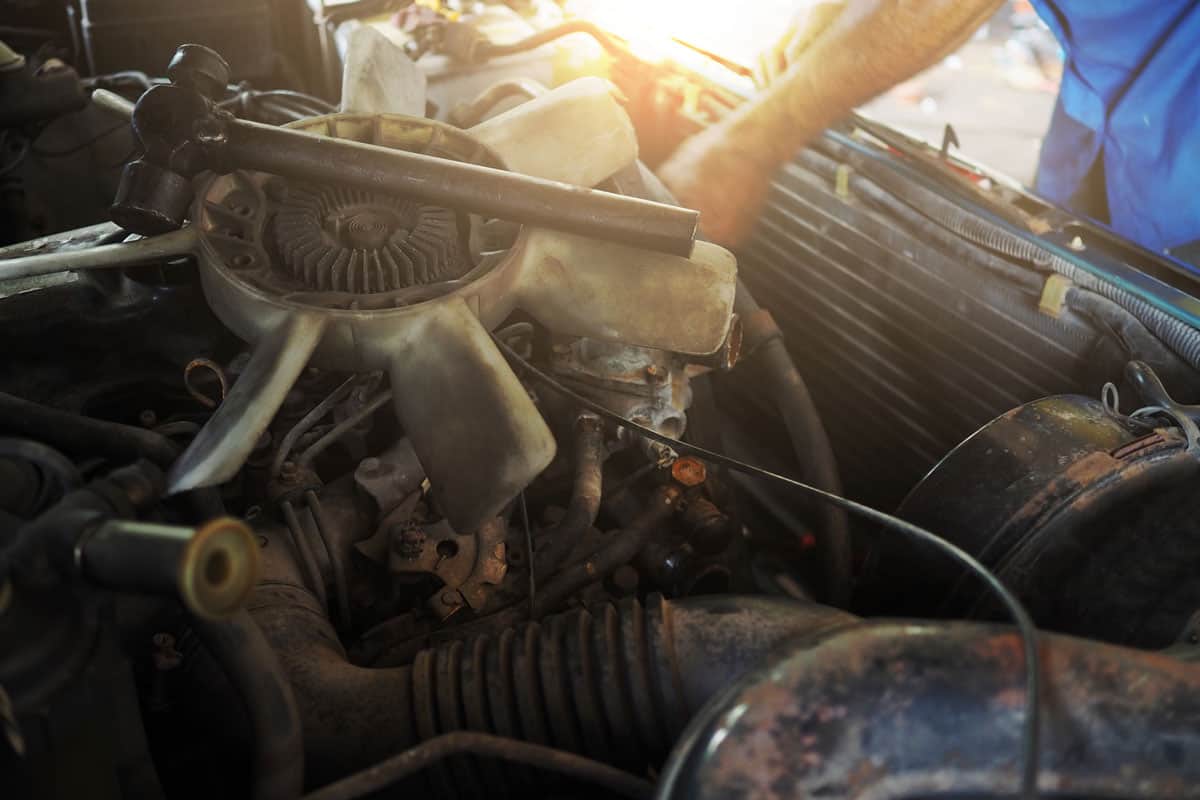 If you are at a loss as to what is happening, here are several causes of fan noise and how to fix them.

Radiator fans cool the engine to stop it from overheating. They can be plastic or metal. These materials are flexible and easily bend or break.

Once the fan is deformed or broken, you will have to straighten or replace it. Ensure that the replacement fan fits in well. If you cannot find the exact type of fan used in your car, upgrade it with a newer model that fits.

The temperature sensor should give a signal to the cooling fan. If the sensor fails to relay the signal, the fan won't come on as expected. Have your vehicle diagnosed and the cooling fan relay replaced by a professional.

Your fan will work harder if the car is low on coolant. Ensure that the coolant is always in between the minimum and maximum levels in the tank.

4. Fan Running All The Time

The intercooler fan can get dirty when driving on rough roads. Snow or mud will cause the fans to disbalance. To rectify this, you can use a garden hose.

Clean the fan for two minutes but don't use very high pressure to avoid bending or breaking the fan.

If the fan is new but making noise, the problem might be in the motor. The fan will make noise if the blades are hitting the motor cover. Ensure that the fan motor is covered well.

Types Of Fans For Ford F150 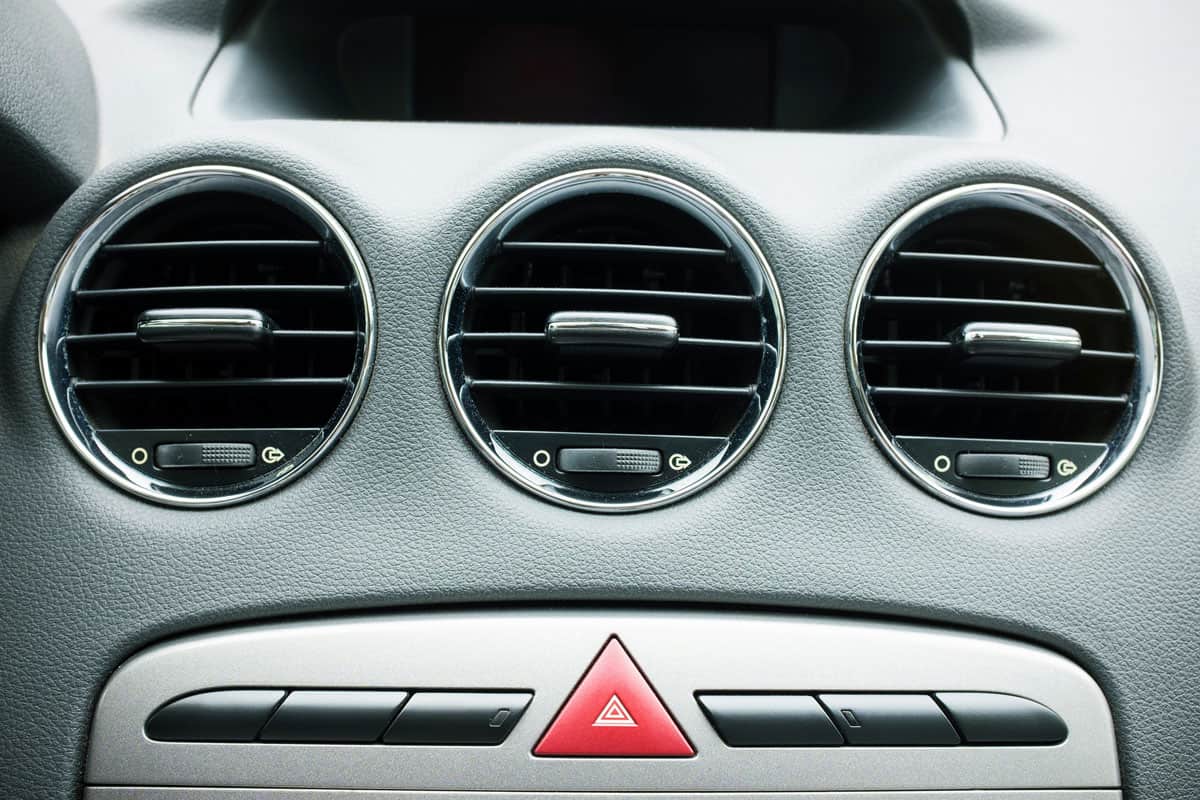 From the onset, the Ford F-series is compiled of light-duty trucks. They have changed the design configurations a bit over time. Moreover, some elements and components have been upgraded for the consumer's convenience.

There are two types of radiator cooling fans:

The mechanical fan is the oldest and the simplest. It is driven by a belt that runs the coolant fan. You find these types of fans in models before the 1990s. The pulley system only runs when the engine is running.

More vehicles nowadays have almost everything electrified. It also includes the cooling fans in cars. The electric fans in vehicles use DC motors connected to the electrical system in the car.

The mechanical and electrical fans are further classified into:

Radiator fans come in plastic or metal. The metals used in radiator fans are either aluminum or steel. These materials work well because they are malleable and lightweight.

The fan blades attached to the hub can be curved or straight. Recently, engineers have developed radiator fans from composite materials such as fiberglass.

All the materials have been tested in harsh working conditions to increase their longevity.

How To Replace A Radiator Fan Blade In A Ford F150 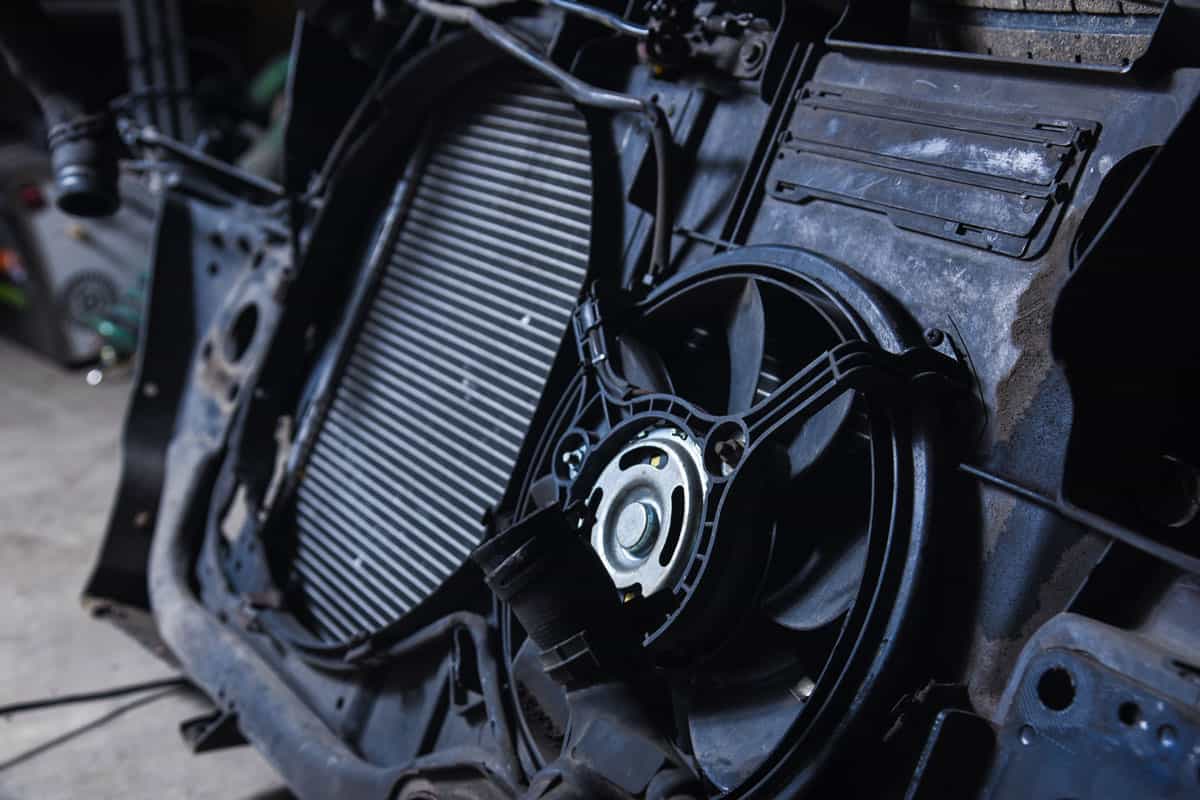 Now that you have your tools, you can start by:

Ensure that you buy the fitting spare parts for your vehicle. Don't overlook safety precautions at all times!

Look at this Radiator Fan Blade on Amazon.

Here's a detailed video on removing and replacing a radiator fan blade.

How Much Is A Ford F150 Radiator Fan?

You could change the radiator fan yourself or take it to the service workshop. But don't drive your car if it has a radiator problem.

How Does The Radiator Fan Work?

The magic behind the curtains is simple. The radiator fan blows air over the radiator coils where the coolant is. In return, the cool air lowers the heat around the engine.

Mechanical radiator fans speed up when the vehicle increases speed but slows down as the rate reduces. Electrical radiator fans are preferable because they continue working as long the engine is running and needs cooling.

How Much Static Pressure Can Radiator Fans Withstand?

Electric radiator fans are necessary when the vehicle moves at 20 to 30mph. The fan's job of pulling air will largely depend on the thickness and curve of the blade.

Thus, a thicker radiator fan will have higher static pressure. They can blow the air further within the vehicle.

When Should You Replace The Radiator In A Ford F150?

No car parts last forever, even radiators. It's high time you changed your car radiator if it isn't working. The last thing you want is a broken-down engine due to overheating.

Moreso, it's useless changing the coolant in a faulty radiator. The radiator might be placed differently depending on the Ford F150 model you own.

You can replace the radiator like a professional if you know a thing or two about vehicles.

Check out this radiator on Amazon.

Servicing the cooling system means draining, cleaning, and replacing the coolant. It takes a few steps, but ensure the car is completely cool. Otherwise, you may get scalded by the hot coolant!

You can change the coolant every 100,000 miles or as needed.

The video below explains how to service the cooling system in your garage.

Can You Use Water Instead Of A Coolant?

In emergency cases, yes! However, water does not have the properties required to protect your engine adequately. Check the coolant level often to detect leaks in the cooling system.

Have a look at this Coolant on Amazon. 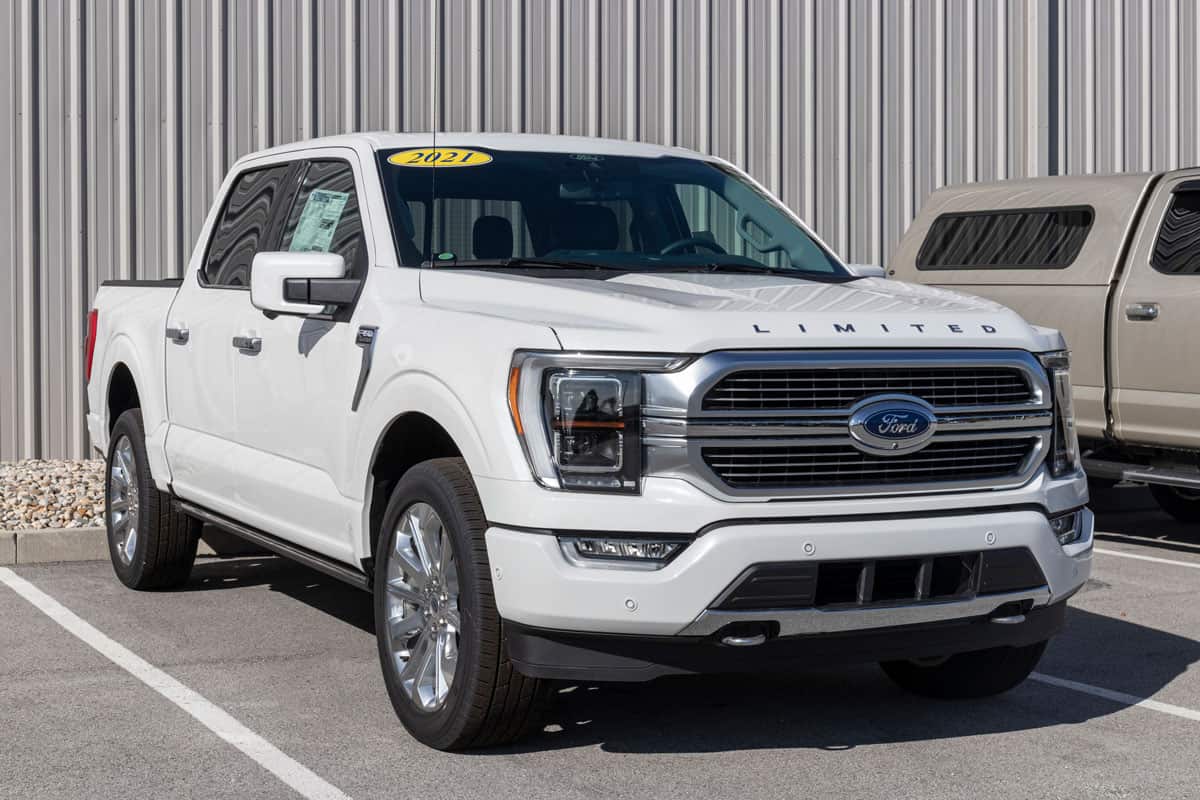 A working radiator fan isn't a luxury but rather a necessity. A loud radiator fan can be very irritating. Don't assume the noise will somehow disappear magically.

Have a professional look at the problem if you cannot get to the root of the matter. Proper diagnosis of your vehicle and general maintenance will prolong the lifespan of your car.

Made it to the end? Check out these helpful related posts!

How To Drain The Fuel Tank Of A Ford F150

Can You Put Wider Tires On Stock Rims?