Did you wake up one morning to find out that you have a Ford F-150 radio not working problem, and you want to know how to fix it? You’ve come to the right place, for we have researched this question, and we have the answer for you.

There are four possible reasons why the radio on your Ford F-150 is not working:

Learn more about each of these underlying causes and how each led to your radio not working. The succeeding sections have all the information you need to learn on these issues so that you would know what to do to fix the issue. 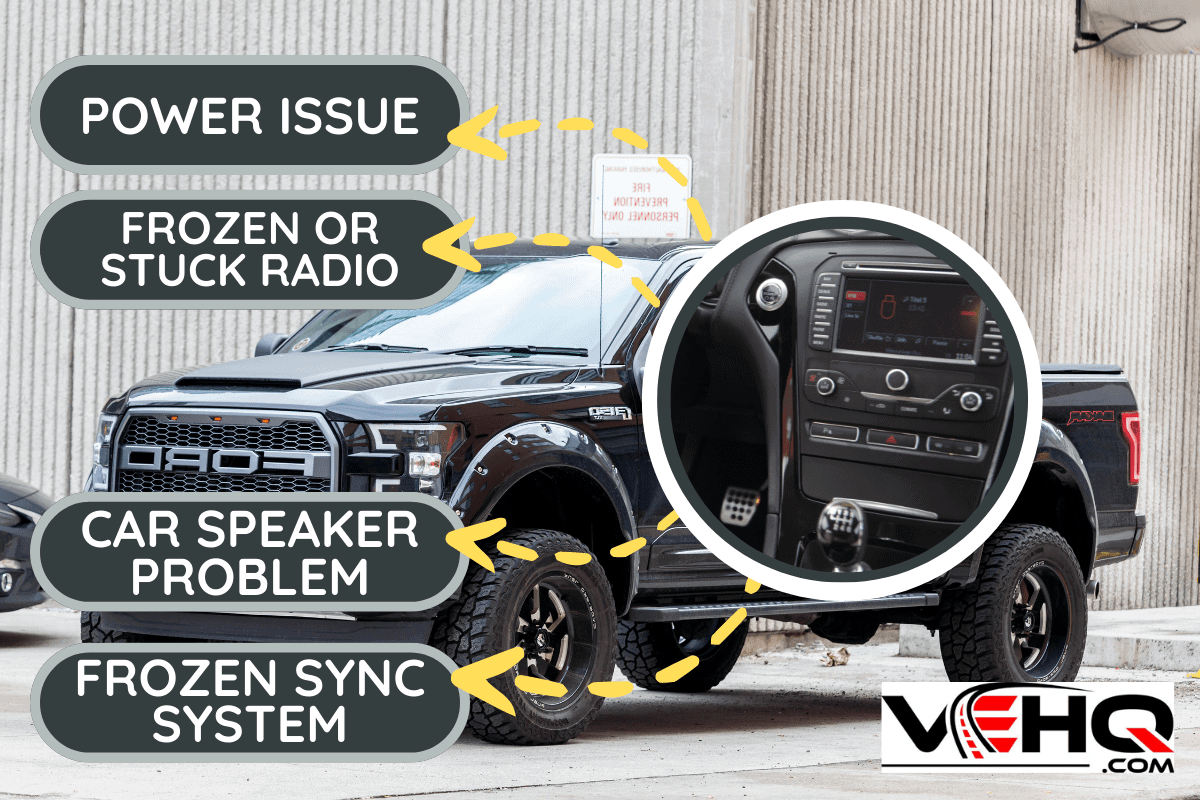 What are the symptoms of a Ford radio problem in F-150? 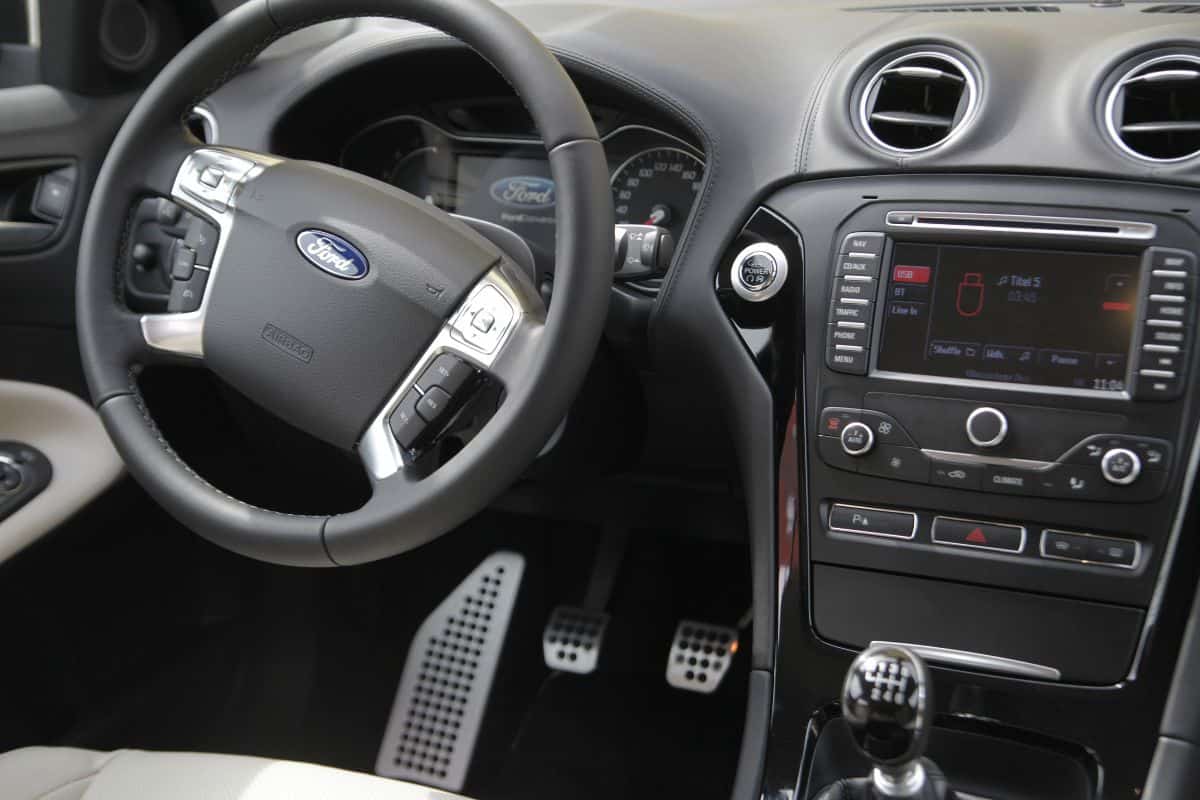 Radio problems in your Ford F-150 come in different shapes and sizes.

Just like the ever evolving automobile radio, throughout the years the symptoms and problems have evolved along with the technology as well. The stock radio of a 1975 Ford F-150 truck will never experience a black screen problem, for example.

A common symptom of a problem is the radio not turning on. Another common symptom is a radio that freezes intermittently while you’re using it. You might have power in your radio, for instance, and everything seems to be working, but you don’t hear any sound coming out of the speakers.

Let's take an in-depth look at the reasons why the F-150 radio or Ford radio display not working could happen to your vehicle.

A power issue can prevent your radio from getting power even though the rest of your truck has power.

Before you proceed to troubleshoot a power issue on your radio, you need to verify first that you do not have any battery or alternator problems. A problem with the battery and/or the alternator can lead to a power issue with your radio.

If you are not sure how to diagnose a problem with the battery or the alternator, bring your F-150 to a professional mechanic to verify the issue for you.

However, if you’re sure that you have a working battery and alternator, the next thing to check will be the fuse for the radio. A blown fuse will prevent your radio from getting any power. 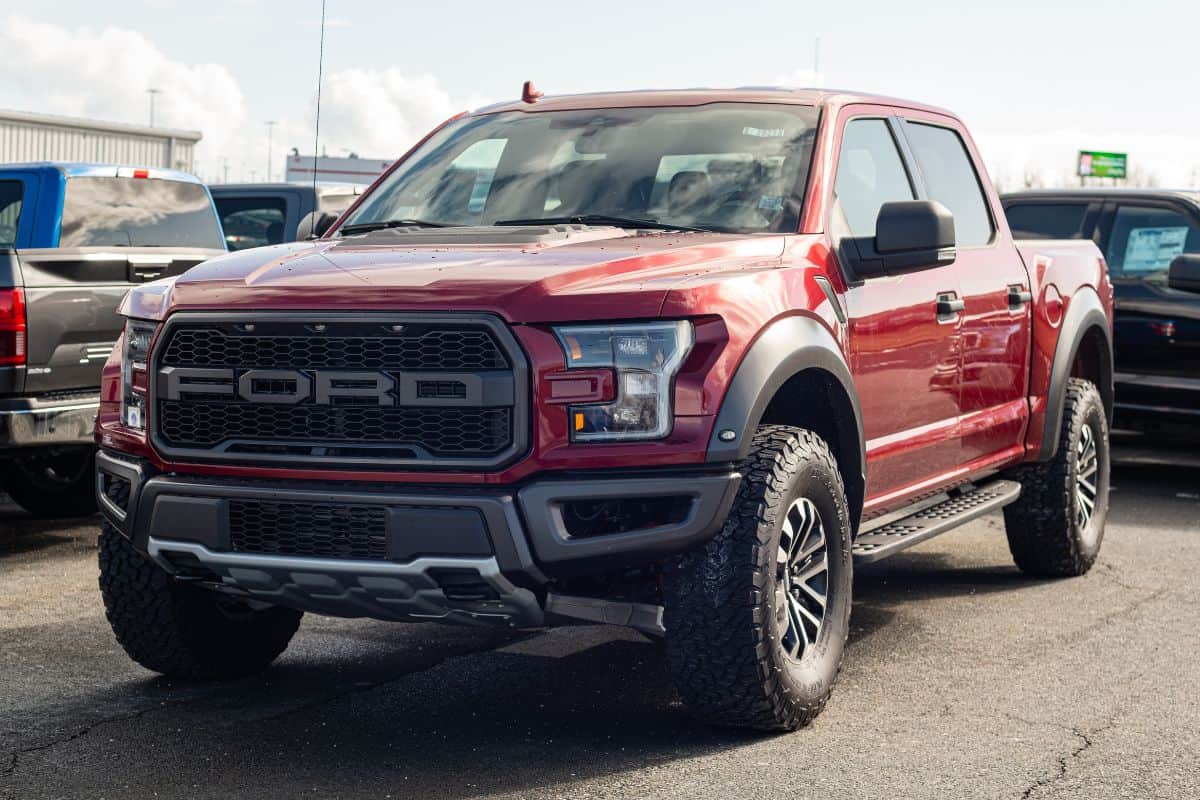 Here is a guide to finding the fuse box in your F-150. In some models, there are two fuses that you should check, one inside the passenger cabin, and another inside the engine bay.

Some F-150 models have a separate fuse for the amplifier that you also need to check.

You can find the fuse box at the bottom of the dashboard on the left-hand side of the steering wheel.

There is a panel that you can pry open in that area. Once you remove the panel, you will see a black cover with labels on them, showing you the position of the fuses.

The fuse box on these models of Ford F-150 is in the same location as the previous years. However, the fuse that you should look for this time is fuse number 15.

Look for fuse number 33 and fuse number 14. They provide protection for the radio and the amplifier, respectively.

The location of the fuse box in these models is the same as in the previous models. However, opening the panel is now done from the inside, pulling the panel outward.

Fuse number 28 handles the power for the amplifier, while fuse number 32 is for the radio.

Look at the fuse through a light. If the filament or wire inside the fuse is broken or shows signs of damage, then the fuse is blown and needs replacement.

How much does it cost to fix a radio fuse? 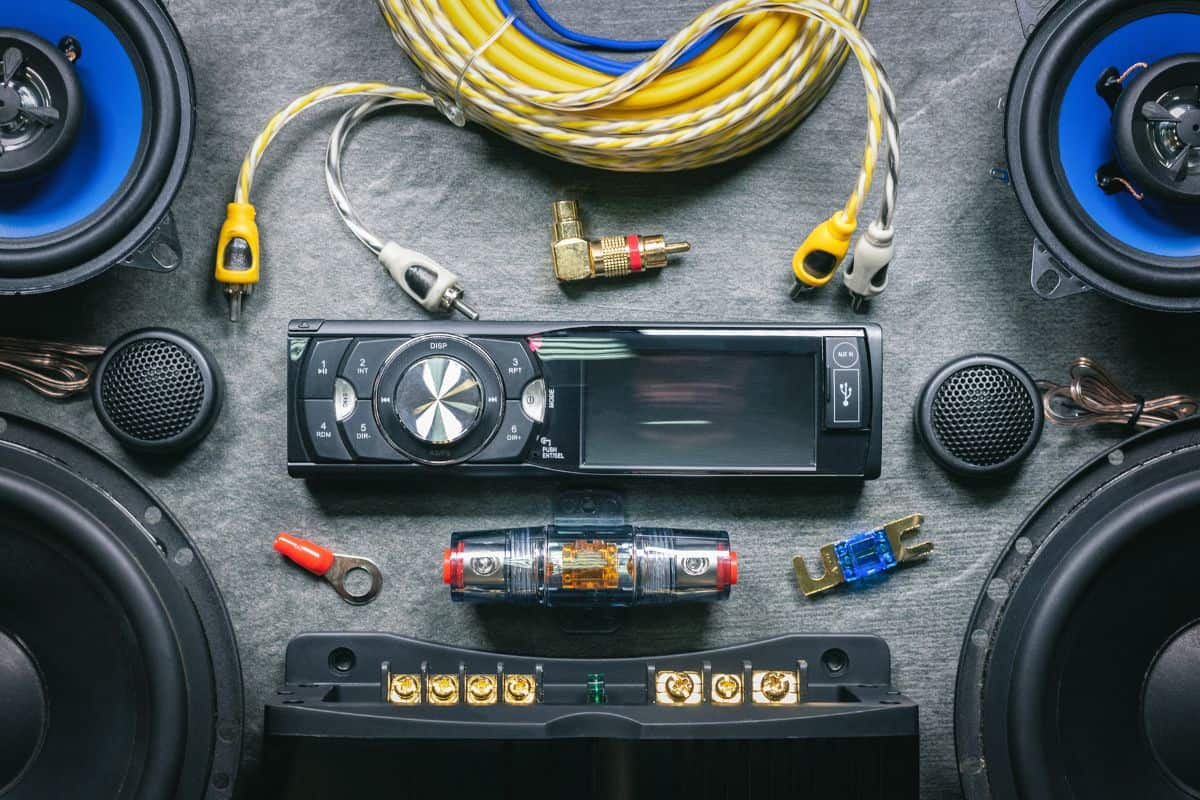 The average price for a Ford F-150 fuse is just $4. The price is even cheaper when you buy in bulk. This is not a bad idea so you will always have a spare lying around when you need one.

However, the labor cost for replacing a fuse is an average of $95. This brings the total cost to $99 to have a mechanic replace the fuses on your F-150 for you.

Replacing The Fuse Yourself

If you plan to replace the fuses yourself, keep in mind that you must use the same ampere rating for the replacement fuse. Using a different ampere rating can cause the wires to heat up and start a fire.

Use longnose pliers to remove the old fuse and install the replacement fuse.

Observe your Ford radio for a few days. If your F-150 blows the same fuse in a few days, bring your truck to a mechanic to troubleshoot a possible short circuit.

Another possible sign of a short circuit in your F-150 is a radio that overheats.

Automotive fuses are available on Amazon through this link.

How to troubleshoot a frozen or stuck radio? 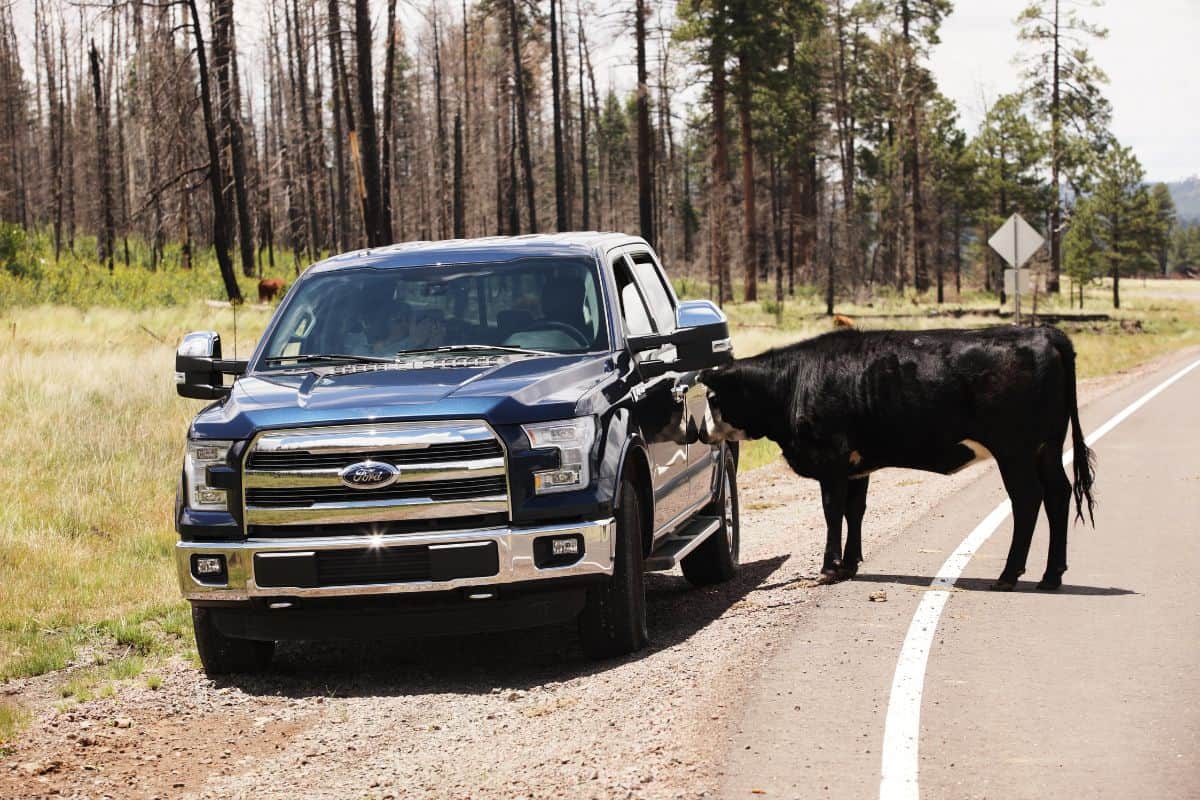 A stuck radio has power. You could be using it, and then the radio stopped working. However, instead of suddenly shutting down, the radio will suddenly become unresponsive.

The radio can have a display but no sound, or it could be stuck in playing the same fragment of sound, like a single note.

This is a frozen radio problem, and it can happen to newer radio models. This is often a problem with the firmware of the radio. Updating it through your dealer fixes the problem.

However, if your radio already has the latest firmware and it is still having the same problem, then you can replace the radio or reset it each time it freezes. 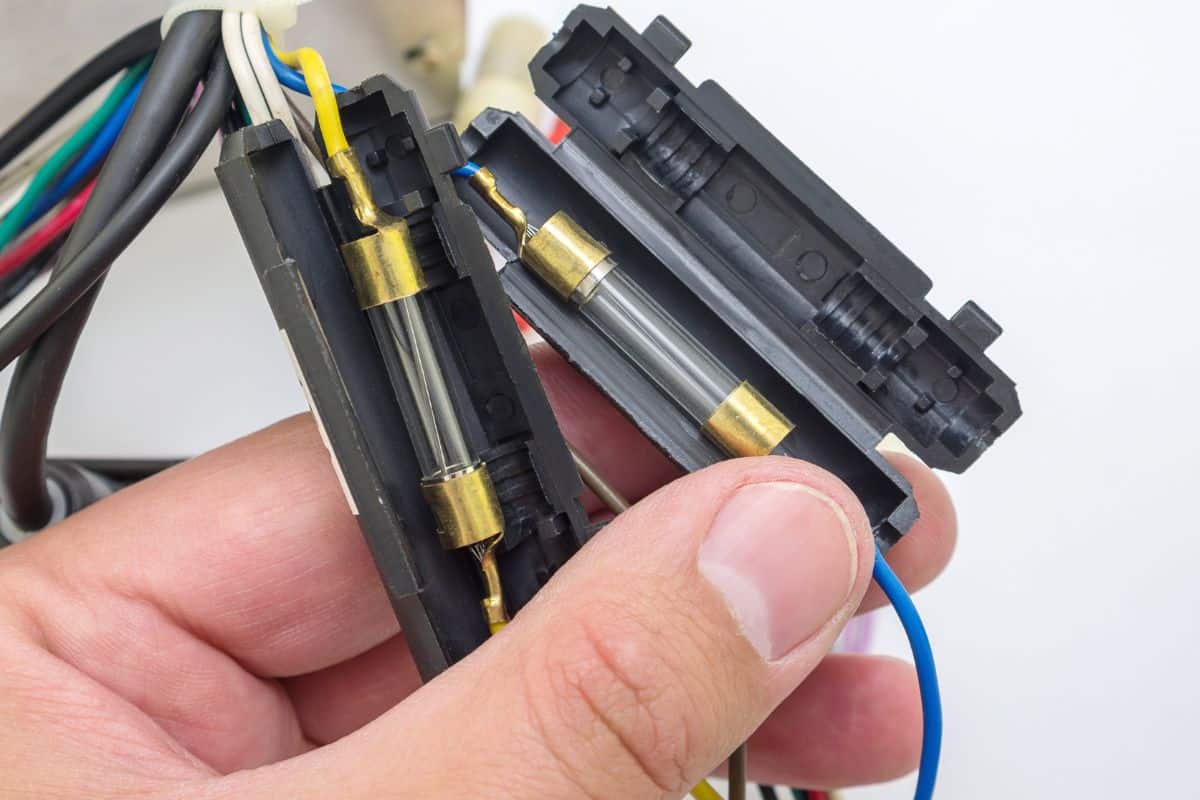 Disconnect the two battery terminals and wait for half an hour to an hour. This will drain all the stored power.

Reconnect the battery terminals and turn your radio back on. It will no longer be frozen.

How to diagnose a car speaker problem?

A radio that has power and is not frozen but doesn’t produce any sound output is likely having a speaker problem. If you have a graphical display of the sound output and see the bars moving, then that is an indication that your radio is sending out sound but somehow doesn’t reach the speakers.

A speaker issue is often caused by a loose connection or a failing speaker.

There are two types of loose connections:

Bring your truck to a mechanic to check the first connectivity issue. He would know which wires to check to fix the problem.

Rockford Fosgate 3-way speakers are available on Amazon through this link.

What is the Ford SYNC system?

Ford SYNC is a software system that works through your phone to give you voice control over entertainment, navigation, settings, and various driving information. The first two generations of SYNC use the Windows Embedded Automotive operating system, while the third and fourth generations use the QNX operating system.

Future versions of SYNC will likely use the Android operating system.

Since SYNC controls the entertainment system, a frozen SYNC system will cause Ford SYNC radio problems. Unless you understand how SYNC controls your radio, the first time you encounter a frozen SYNC, you might immediately think, “why is my radio not working?” when the problem is actually the SYNC system.

How to reset SYNC?

SYNC can be reset if it is frozen so that you can continue using your entertainment system and other features that it has control over.

There are two ways to reset SYNC—a regular reset and a master reset. Ford advises always using the regular reset to address any issues with SYNC.

Follow the steps below to do a regular reset.

How to do a Master Reset for Gen 4 SYNC?

Take note that a master reset will revert your SYNC to factory settings. It will delete all data like call history, text messages, favorites, all paired devices, authorizations, and FordPass modem activation settings.

The master reset is best done under the following situations:

Here are the steps to do a master reset on a Generation 4 SYNC system:

How to do a Master Reset for Gen 3 SYNC system?

There are four possible reasons why the radio is not working on your Ford F-150. Check each possible cause to fix the issue.

Loose Side Mirror On A Ford F150—How To Fix This?

My f150 2011 supercab lariet sync system goes out every few months. All of a sudden it just shuts off and switches to line in. I then pull the number2 fuse and wait 5 to 10 minutes. Once back together the system usually works fine. So what's the actual problem? Is something overheating or is it a software glitch? Thanks