You're supposed to go out for a drive or to work, but suddenly, you only hear a clicking sound, and your F150 refuses to start. What could be the reason behind this? Is it a severe car problem? We have researched this problem thoroughly to help you find out what could be the possible problems and solutions to fix this problem.

The common reason for your F150 clicking once and failing to start could be because of a weak or drained battery and thinning of its terminals. Usually, the problem would be with the vehicle's battery. Other possible culprits are a faulty starter, poor ground connection, or even a faulty engine.

Experiencing this problem could be a huge hassle, especially if you're preparing to go to work or leaving for a trip. Do not fret, as we've got you covered in this post. Read the post below to discover how to repair your F150 when this happens, how to prevent it, and keep your battery in good condition. 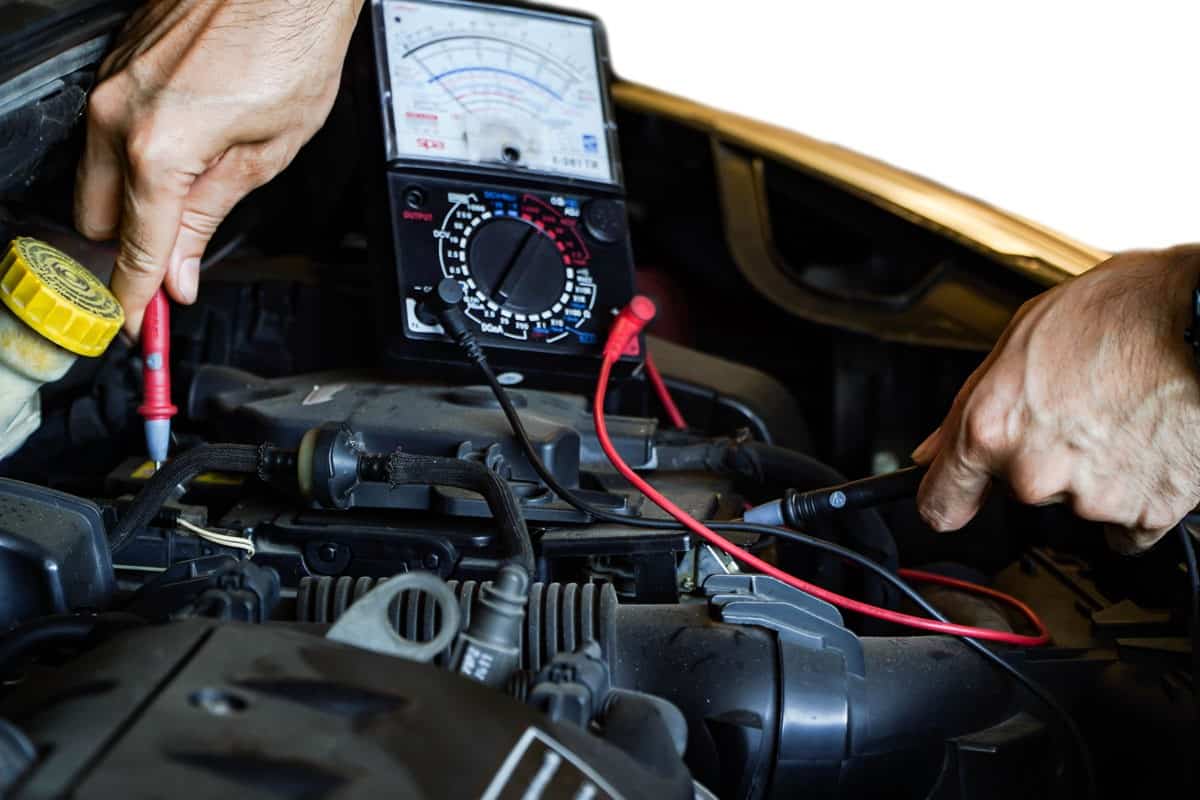 You have a weak battery if you hear a clicking noise from the engine compartment. It does not have enough electrical charge to start your car even though other car accessories, such as wipers and lights are working fine. The electrical charge cannot reach the starter motor.

Test your battery voltage with the use of a multimeter. Your F150 12v battery should have 12.6 volts or more. It means your battery is up and running and is full charge.

Check out this multimeter on Amazon.

You can check the charge of your battery when starting the engine. Start your engine and see if the voltage drops below 10v. It means you have a low battery. It may be due to a worn-out battery, a faulty alternator that does not charge the battery, or the battery sitting for a long time.

After checking that your battery is weak or dead, the most recommended solution is to jump-start it. Source another healthy battery to fetch electrical charge. You will likely need another car to do it. Turn off the engine of the two cars and put the transmission in Park before jump-starting.

Check out these jumper cables on Amazon. 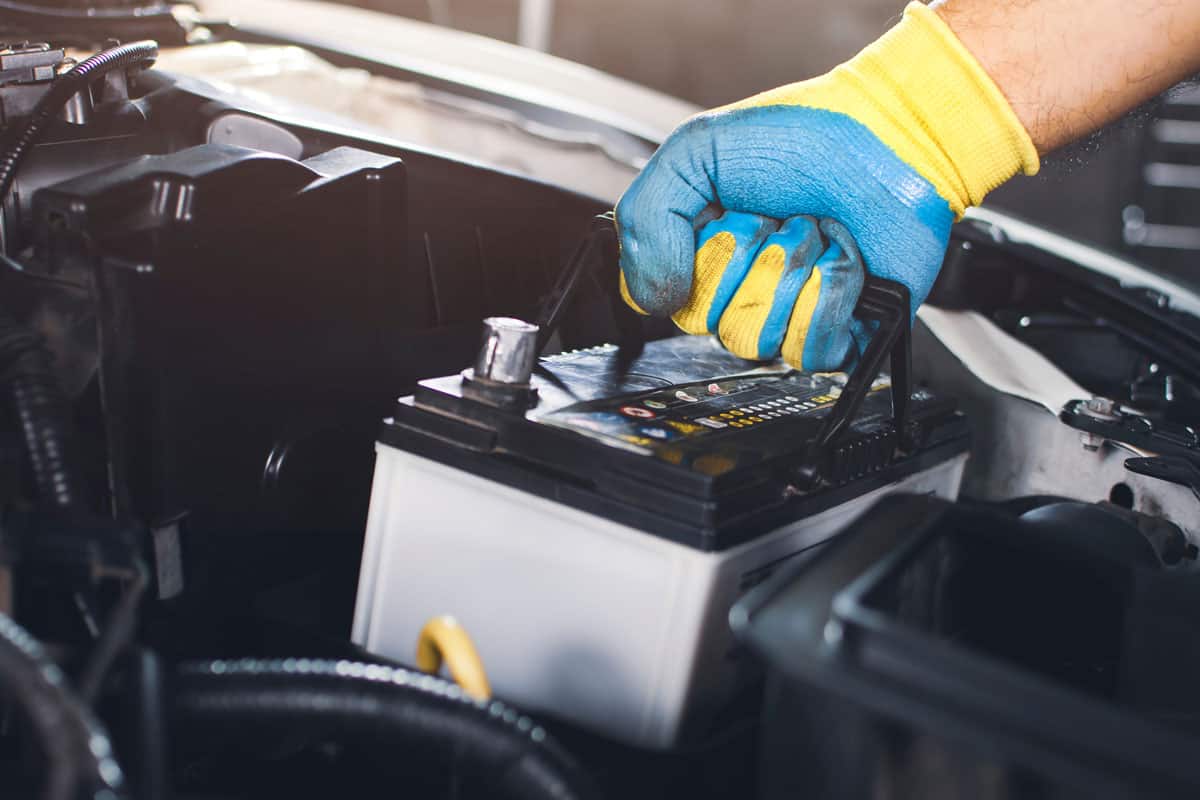 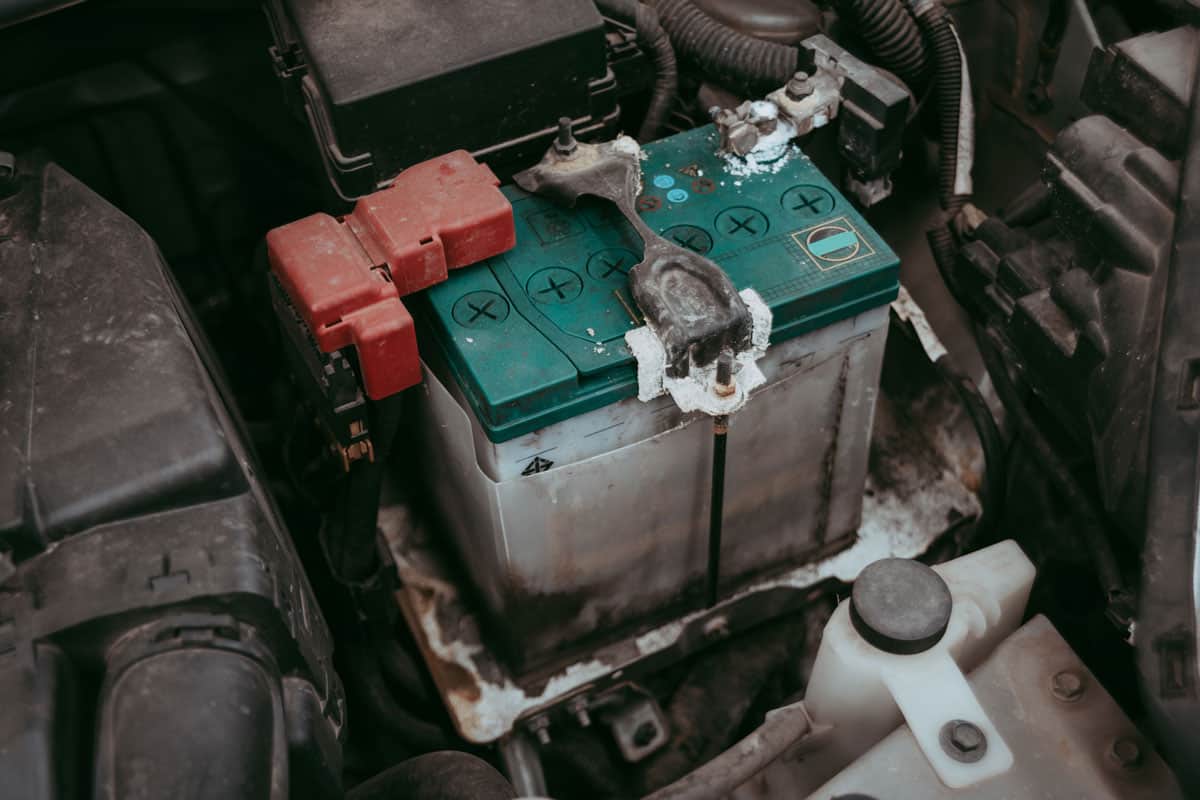 Another reason is corrosion. Your battery may have built-up corrosion turning its color to white, blue, green, or brown. It is a chemical reaction between hydrogen gas and sulfur acid in the air. Clean the corrosion with a battery cleaning spray or baking soda paste. Use a brush to remove a pile of corrosion around your battery terminals.

Check out this battery cleaner on Amazon. 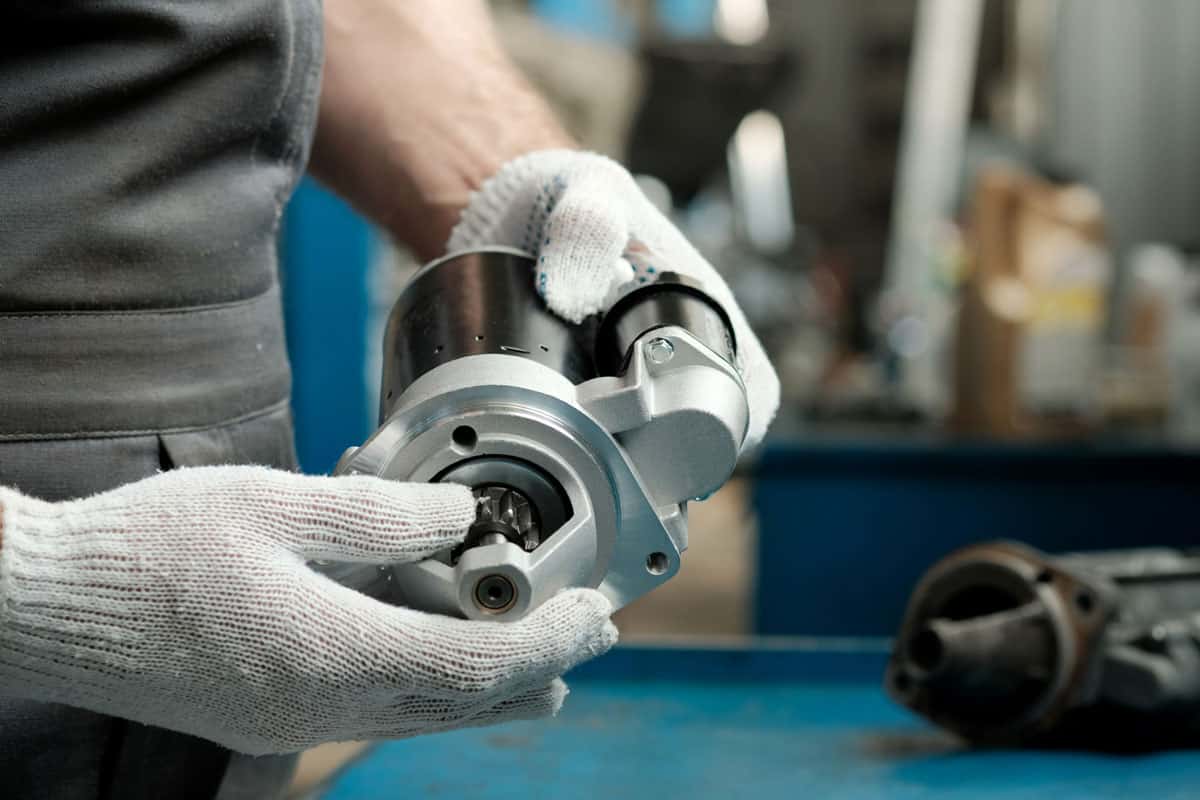 A single click when starting could indicate a starter replacement. It may produce other sounds like grinding or rumbling. This means your starter motor is failing and causing a delay in relaying the electrical charge.

Keep in mind to wear protective clothing and gear, such as safety glasses, mechanical gloves, closed-toe shoes, and loose and non-conductive clothes. Take extra care in dealing with your car engine and other parts, as it can get messy and electrical. Keep your tools within reach while working.

Check out this starter on Amazon. 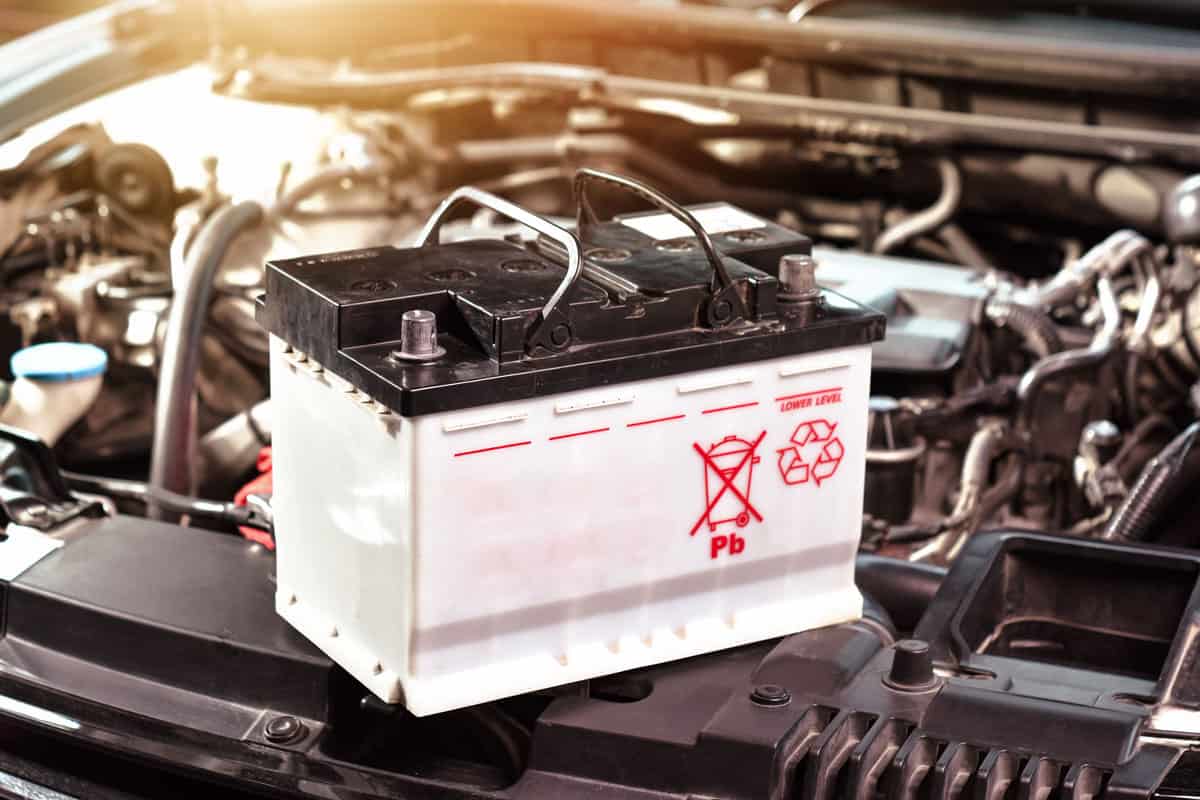 Sometimes, the battery won't hold a charge because it's old. Batteries have a lifespan of at least 2 to 6 years, depending on the usage. Go to your nearest auto shop and have the battery check. Or, if you have a way to do it, you can do it at home.

Check out this battery on Amazon.

Find out how to change your F150 car battery in this easy guide. 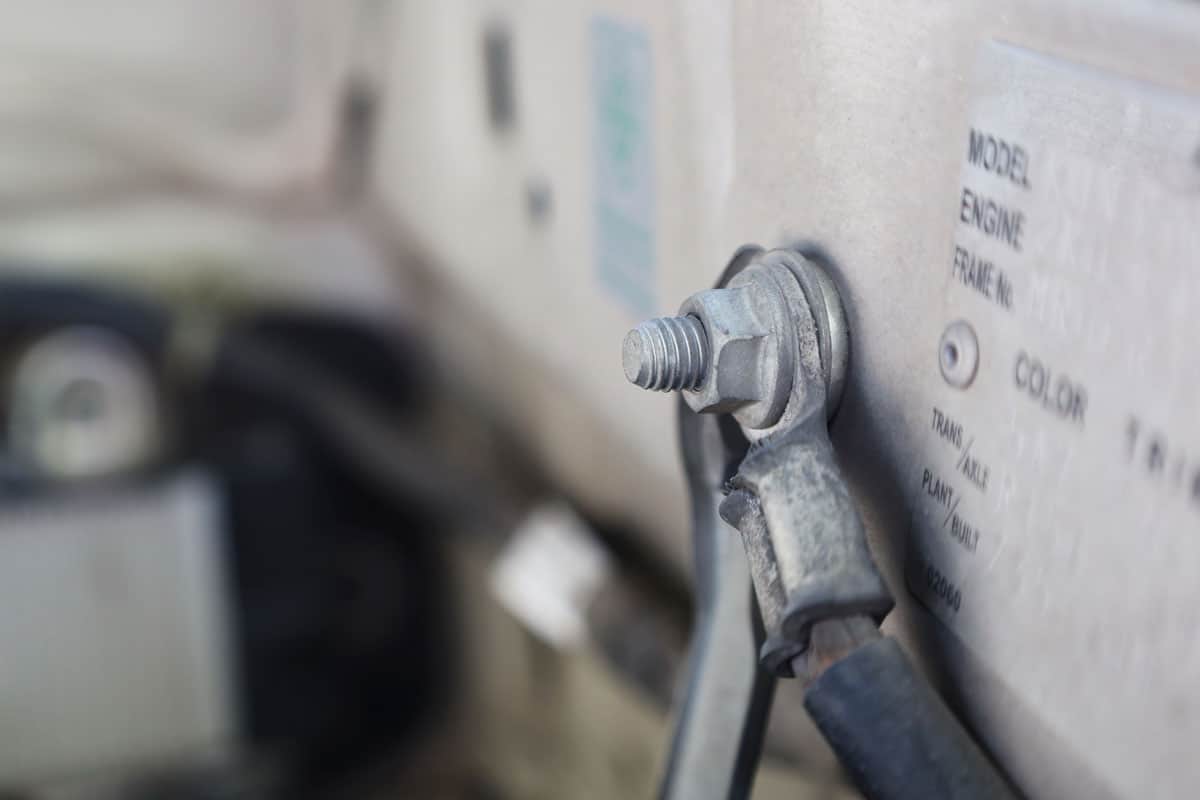 The ground connection handles the starter motor to run. So bad ground leads to a weak starter that won't let the engine start. Bad ground connections cause different electrical issues. Check the physical property of the ground wire to see if it is already damaged. Corrosion or rust may cause the wearing out of these wires.

A conductivity test with a multimeter is a way to check the condition of your ground connection. Here you use the ohm symbol by changing the setting of the multimeter. Follow the steps below.

Check out this ground strap on Amazon. 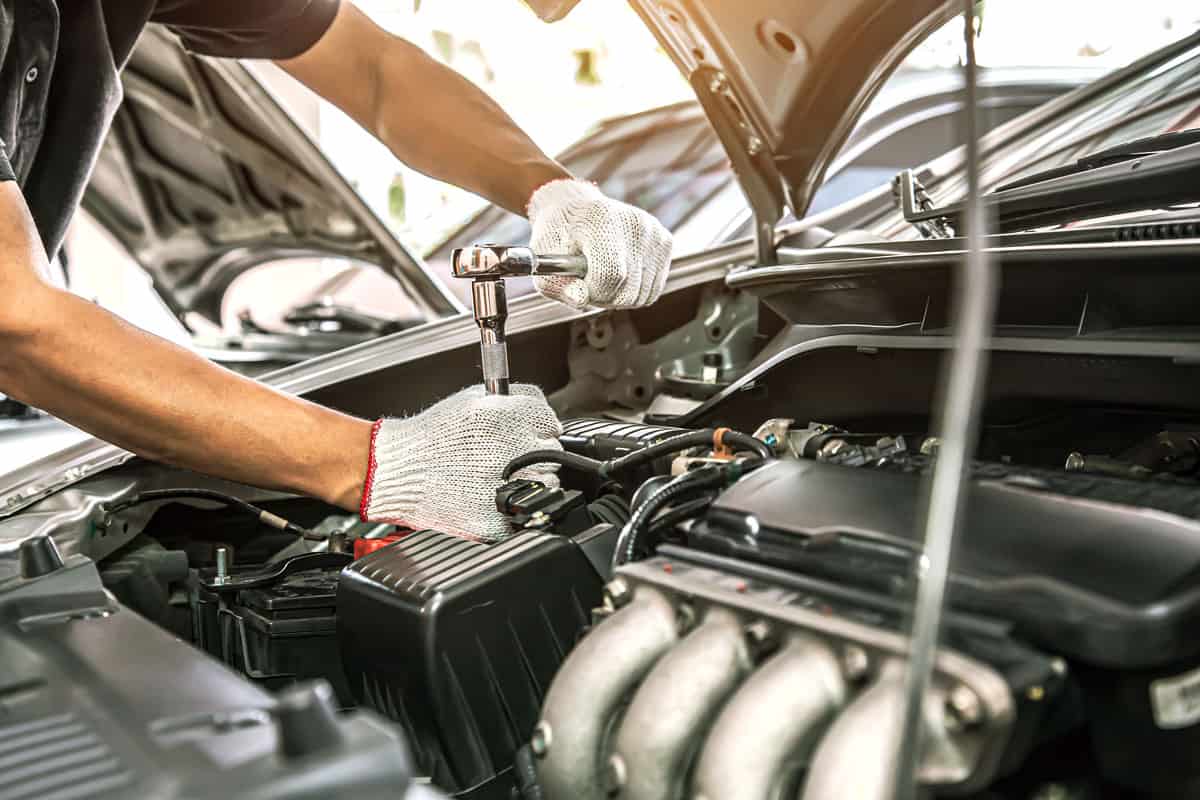 A clicking sound can also mean engine failure in rare cases. The engine fails due to drained oil, hydro lock, and poor maintenance. When the engine suddenly stops with a loud banging sound. and it fails. Go on the safe side of the road if you're driving.

If not, place your emergency flashes and call a car mechanic or auto service to confirm the issue further. You may need to replace a few parts for minor damage, but a dead engine requires replacement.

How To Maintain Car Battery

The battery is a significant part of a car. Although batteries have their limit and lifespan, you can try your best to keep them running for a long time by maintaining them and learning these care tips.

Check out this battery insulation on Amazon. 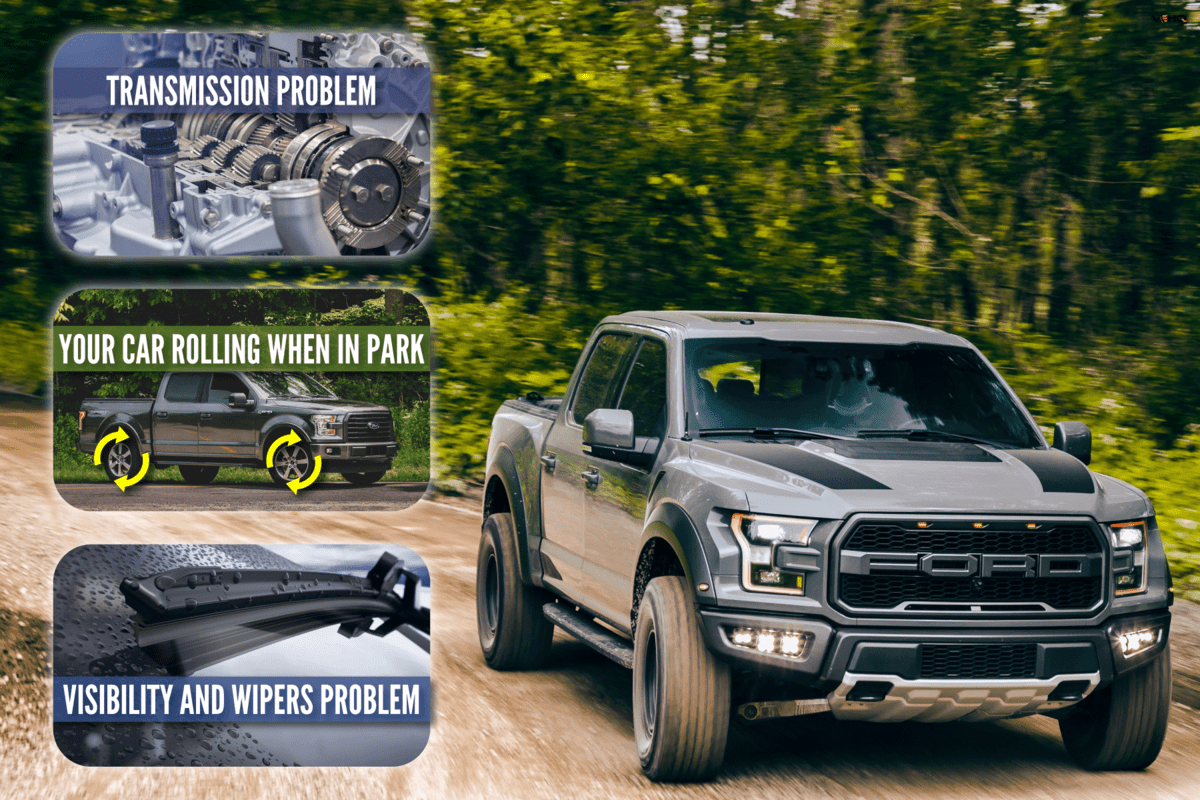 There are other top complaints and common issues from the past years regarding their F150. Here are the most frequent:

The high technology in newer F150 models, a 10-speed automatic transmission, can cause a problem with your car's overall performance. There are reports of the transmission getting stuck when it is at 7 or 8 speeds.

Your Car Rolling When In Park

Ford recalled some of its F150 2021 and 2022 models due to driveshaft issues. The damaged drive shaft may break and cause accidents and can overrule the driver and loss of driving power or control of the car. Also, an unengaged parking brake due to haphazard movement can cause a crash.

Complaints of wipers not working have been recorded. It either stops or freezes when the car is still brand new. In one case, the wiper arms get destroyed and fail. There have been recalls, but some models have not asked for a recall.

F150 Problems That Are Usually Ignored

Aside from the complaints above, cars like Ford F150 deal with different car issues and maintenance. Some car owners sometimes ignore car problems, whether minor or major. Give a heads up on these details to learn more and care about your car. 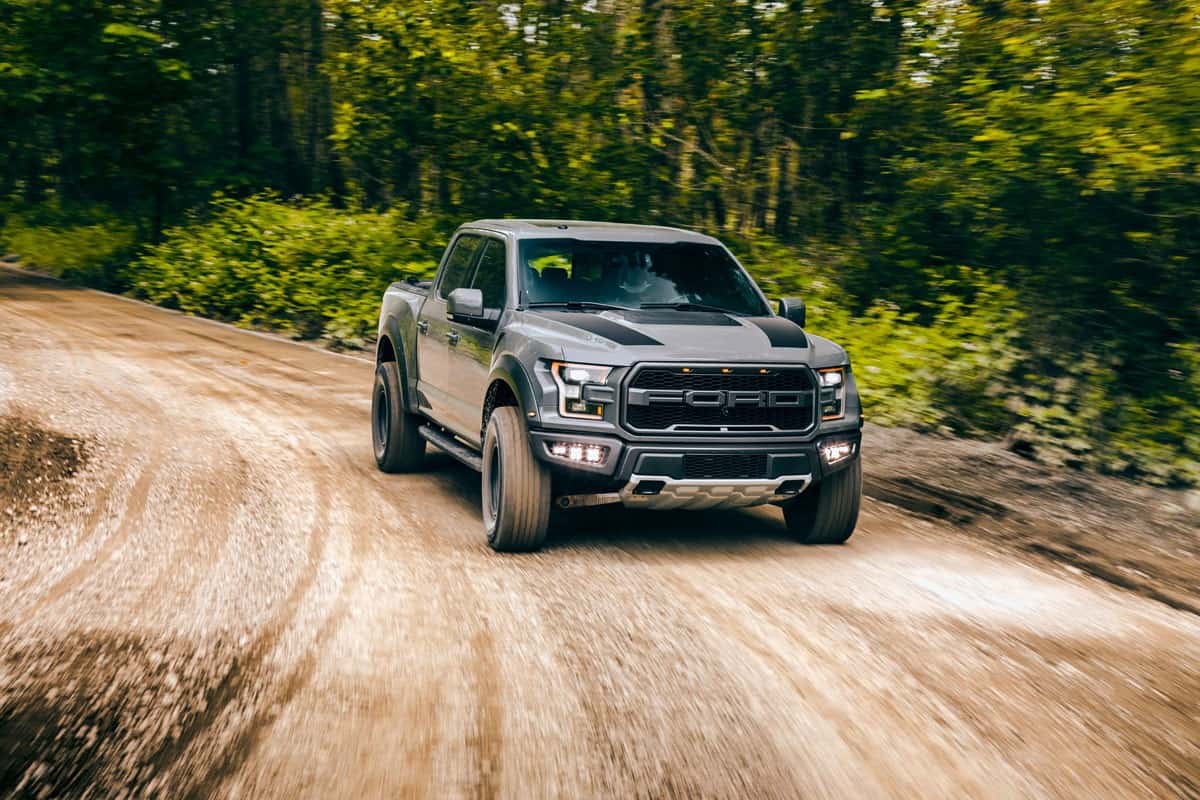 If your Ford F150 won't start and only clicks once, this could be due to a dead battery, poor connections of cables and terminals, or a faulty starter motor and engine. Check the voltage of your battery and jump-start it as needed. Tighten all the connections. Be prepared as some parts may be required to be changed like the starter engine.

Discover more about F150 in these posts:

Ford F150 Speaker Upgrade – What Options Do You Have?