When you're in a hurry, there's nothing more frustrating than trying to start your car and have the engine not turn over. If you're driving a Ford Fusion and are experiencing this problem, we can help you determine the reason why your vehicle won't start. We researched the Ford Fusion from multiple professional sources so that you can have a definitive answer.

There are multiple potential causes for your Ford Fusion to not start. The most common reasons are:

Now that we know the probable causes for your Ford Fusion not starting, we'll take a closer look at each one. You might also be wondering if you can start a car with a bad starter, or how you can get into a Ford Fusion if the battery is dead. For the answers to these questions and more, read ahead in this post to see what our research has uncovered. 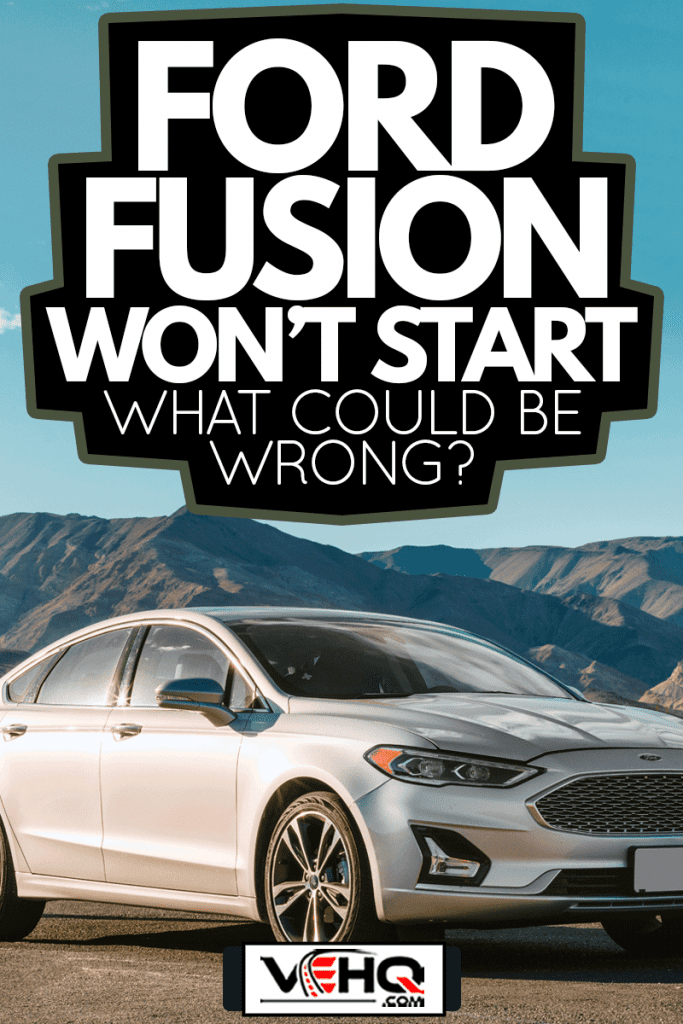 A Closer Look at the Reasons your Ford Fusion won't Start

In this section, we'll take a look at each of the potential causes for your Ford Fusion refusing to start so that you might be able to determine which one is the culprit. Some can be remedied immediately, while others will require replacement parts. 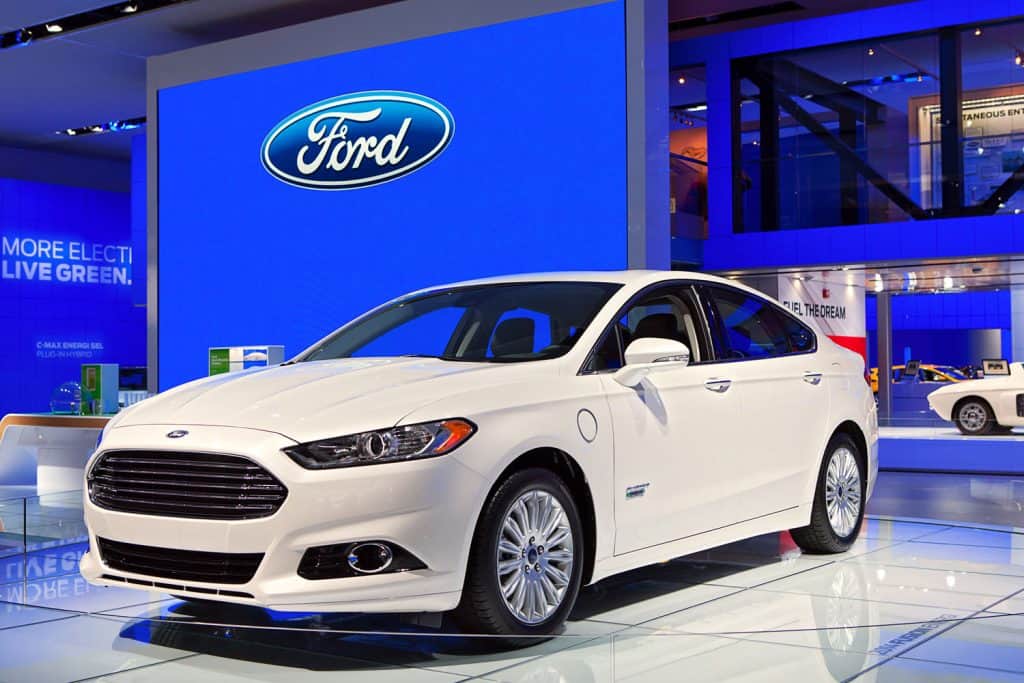 According to CarFax, the most common cause for a car to refuse to start is a dead battery. You can solve this by having a jump start from a healthy battery, in most cases. You'll need a donor car and a good set of jumper cables to accomplish this.

If jump starting doesn't solve the issue, it doesn't mean that the battery isn't still suspect. Older batteries and batteries that have been weakened over time might be too far gone to jump start. But if you have replaced the battery and it still refuses to turn over, then you should move down the list to the next potential cause.

CarFax also tells us that there might be some issues with the battery connectors that will keep the car from starting. Over time, batteries will begin to accumulate a lot of gunk and debris around the terminals. Too much buildup will interfere with the battery sending its charge through the connectors.

You can solve this problem easily. If you notice a lot of buildups, carefully remove them with a stiff brush. Be sure to wear gloves! Should buildup be the problem, your Ford Fusion should start immediately after the terminals and cables have been cleaned. 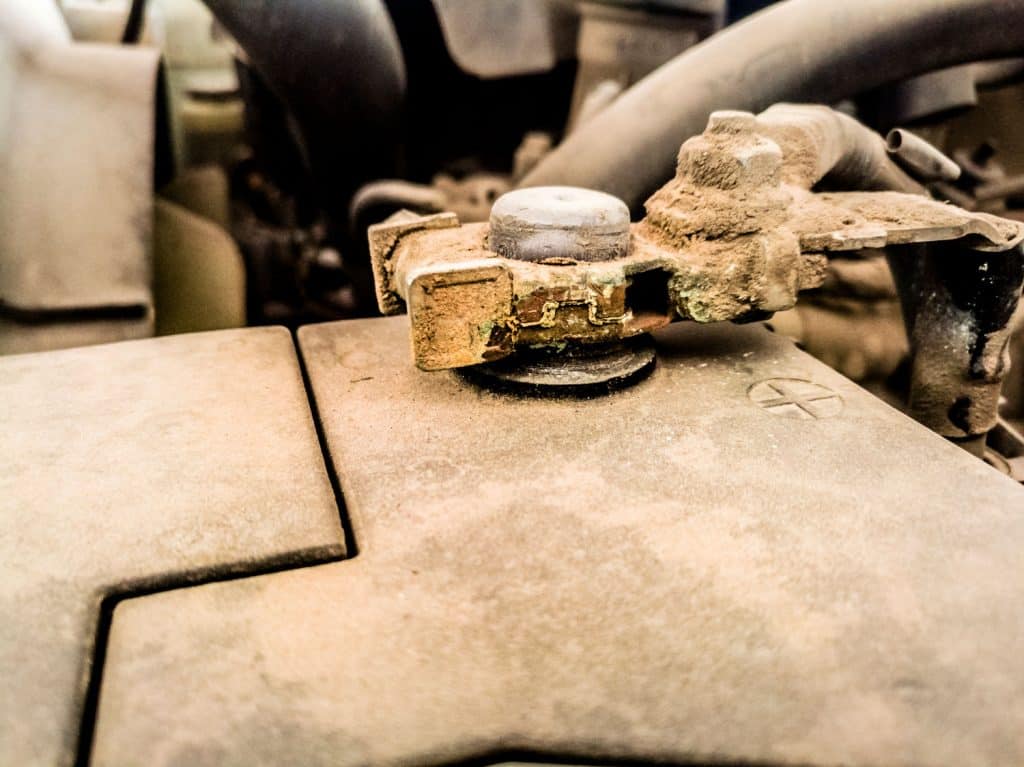 If you are hearing a clicking noise when you turn your key, chances are you have a bad starter motor. Like any vehicle, Ford Fusions will rely on starter motors to turn over the engine. Car Bible informs us that the clicking sound is a telltale sign of a bad starter motor or one that is starting to weaken.

Pay attention whenever you start up your Ford Fusion. If you can start it but are hearing a series of clicks before it turns over, you'll need to get a professional to look at the starter motor as soon as possible. Failure to do so will result in your starter motor eventually dying completely and leaving you stranded. 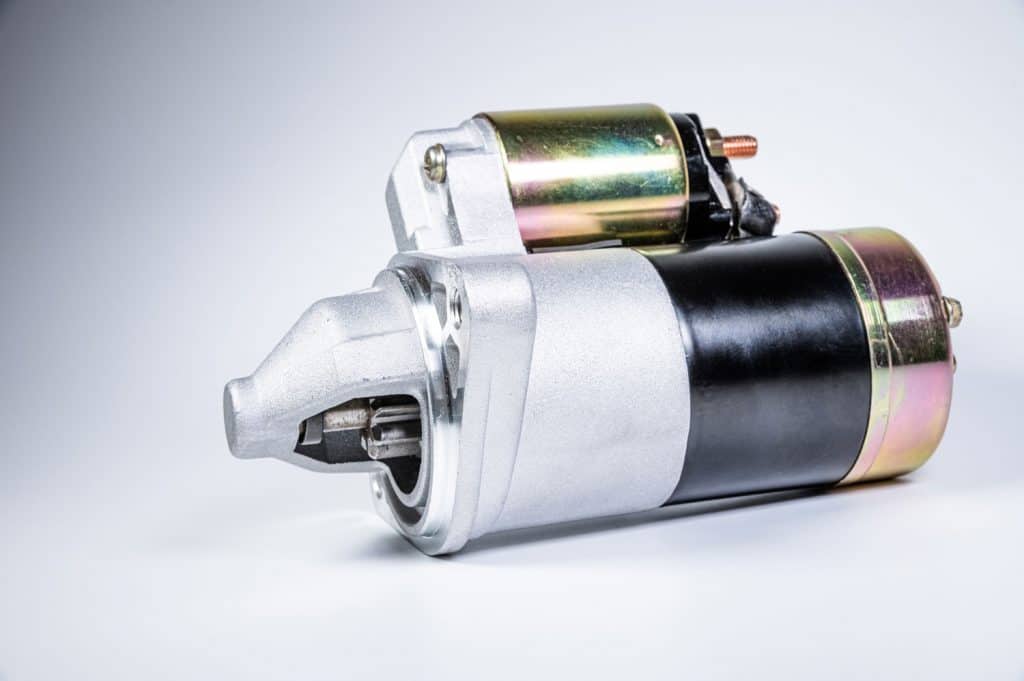 The belt in the alternator makes it turn, which also charges the battery. If your alternator isn't working properly then it won't be charging the battery so that your engine will turn over the next time you need to start your Ford Fusion.

In many instances, the battery warning light on your dash indicates a defective alternator. Getting your car to start will require a mechanic to replace your alternator altogether. 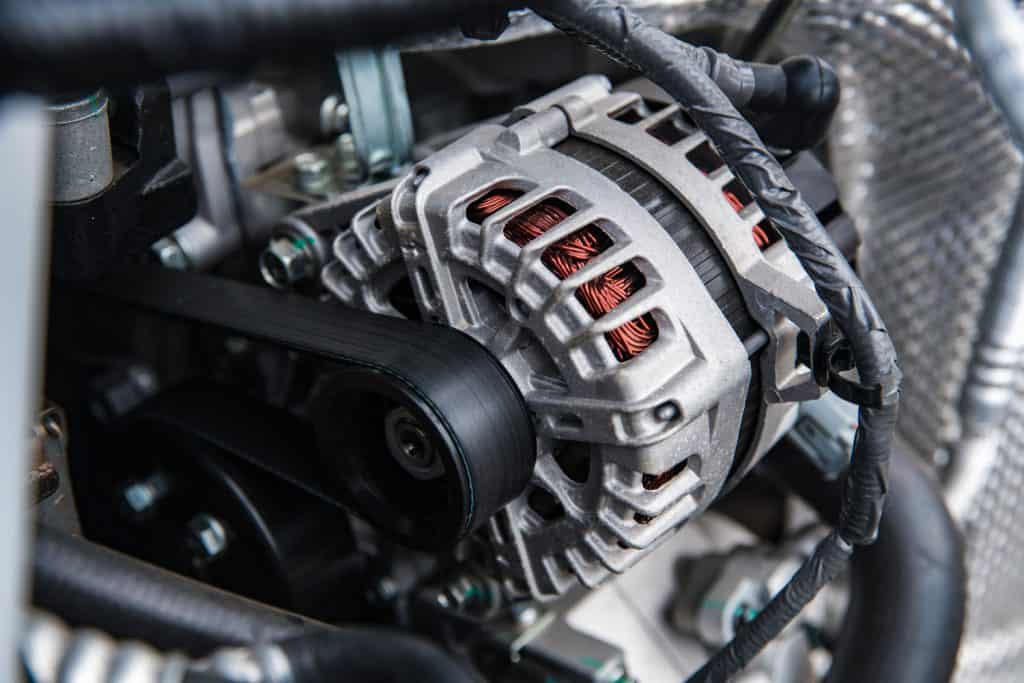 A faulty ignition switch is another common reason why your Ford Fusion won't start. You can test this by turning your Fusion into the "on" position until you see the dash warning lights illuminate. If they switch off while the key is still in this position, then the odds are it's the ignition switch, and you're going to have to replace it. 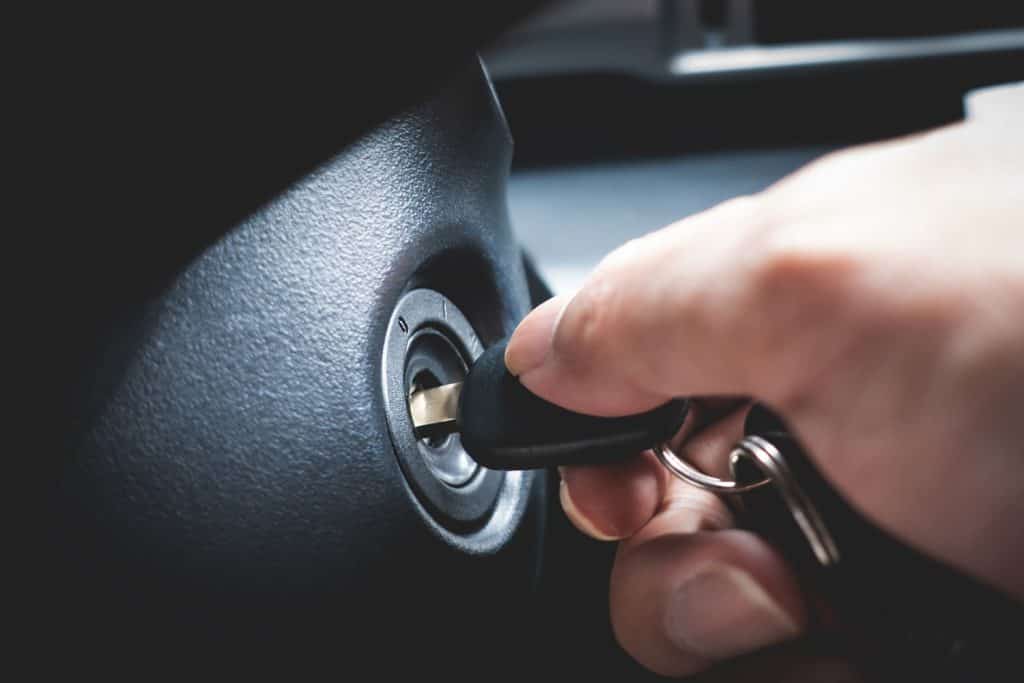 Internal combustion engines need fuel to burn to start. Anything that might be interfering with fuel getting to the internal chamber of your engine will certainly keep your Fusion from turning over.

The most common cause here is a faulty fuel pump. It is either stuck open and allowing too much fuel to flow through, or stuck closed and not allowing any to flow into the engine at all. Either way, you'll need to get a mechanic to replace it. 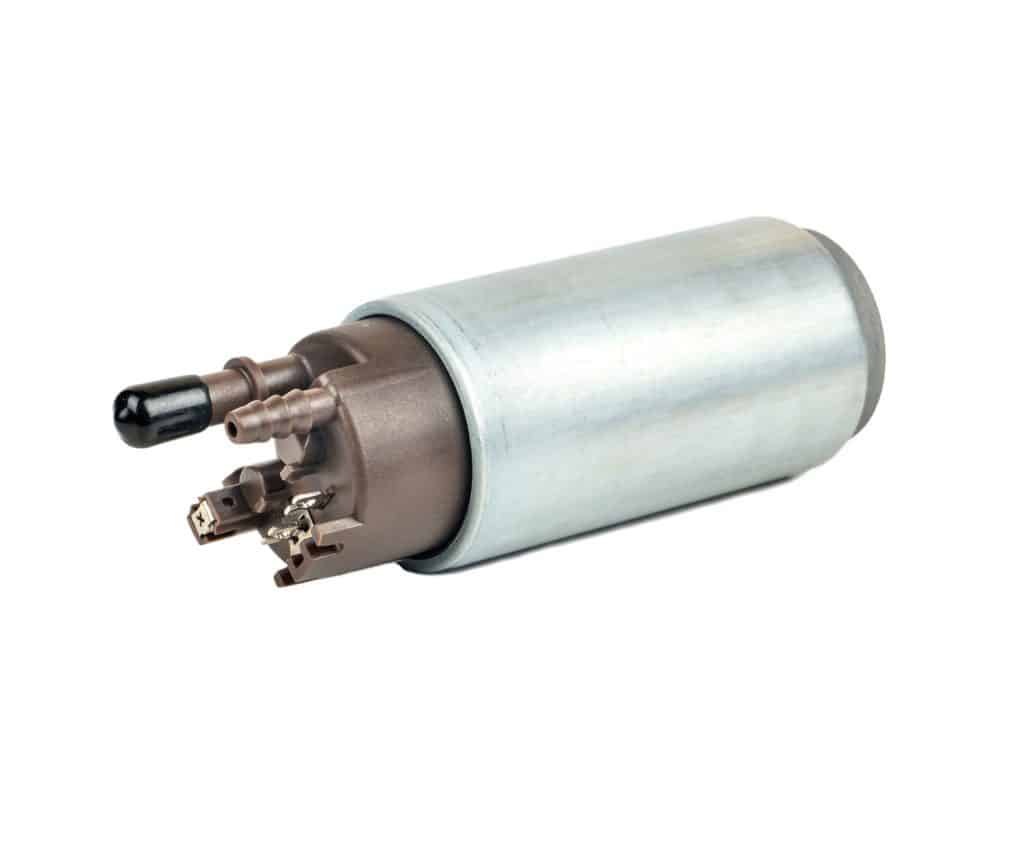 If you have a smart key that works in conjunction with a start/stop button in your Ford Fusion, you might be seeing a "no key detected" message on your dashboard. This means that something is preventing the signal from the key from reaching the onboard computer of the Fusion.

Chances are, you just need to change the battery of the smart key fob. Having an extra one that is kept in a secure place in your Ford Fusion is always a great idea, as these batteries do need to be changed out from time to time.

How Can You Start a Car with a Bad Starter?

Believe it or not, there is a way to start your car even if your starter is faulty. It should only be done in emergencies and only by those familiar with what lies under the hood of their vehicle, however. There are different methods for doing so, depending on if you have a manual transmission or are driving an automatic.

Rusty Autos walks through the procedure that is known as "bump starting." This is best attempted with another person or two, as it requires the vehicle to be put into motion. Since it won't start, this means you'll need to push it by hand.

Have a person sit in the driver's seat and turn the key into the "on" position. The shifter should be in second gear, and the clutch pressed. One or more persons should begin pushing the car.

When the car reaches 10 miles per hour, you should depress the clutch. The care will then start.

Starting a vehicle with an automatic transmission is a bit easier. You'll just need a long screwdriver with a plastic handle and access to the starter motor assembly. Begin by touching the "S" terminal of the solenoid with the tip of the screwdriver, and then carefully moving the metal shaft of the same tool onto the battery assembly.

While in this position, have someone turn over the car. So long as the battery is strong, the vehicle will start.

Where is the starter located on a Ford Fusion?

The starter on the Ford Fusion is located underneath the battery. To gain access to the starter, you'll need to disconnect the battery and remove it. 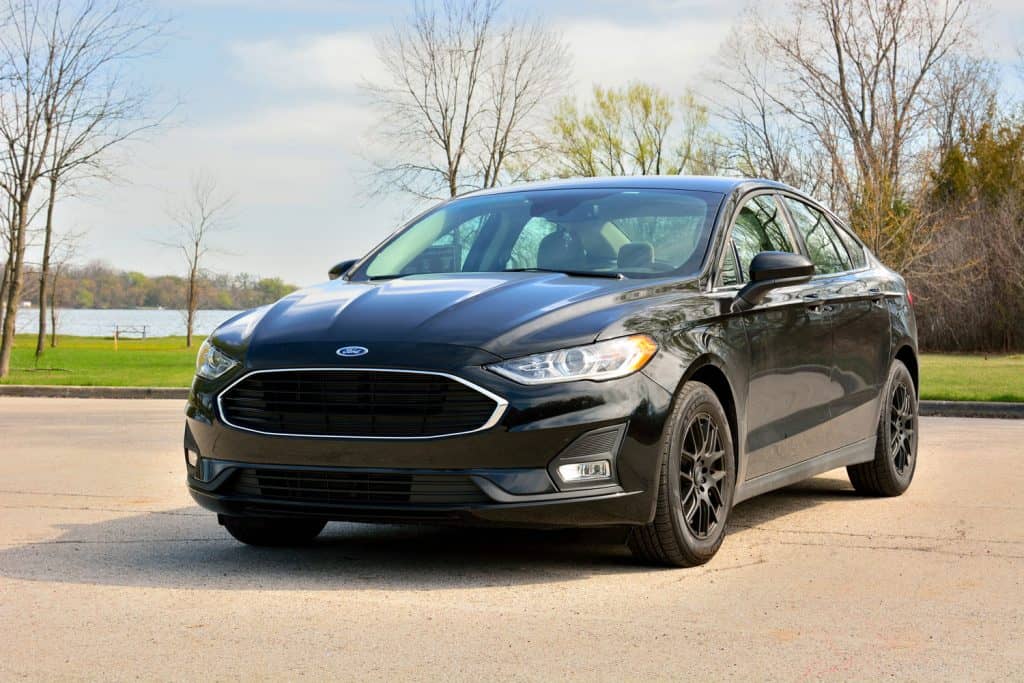 How Do you Start a Dead Ford Fusion?

Disconnect the cables in the opposite order in which they were attached. Be sure to keep the engine of the car that was just jumped running for at least 20 minutes so that the alternator has a chance to fully recharge the battery. 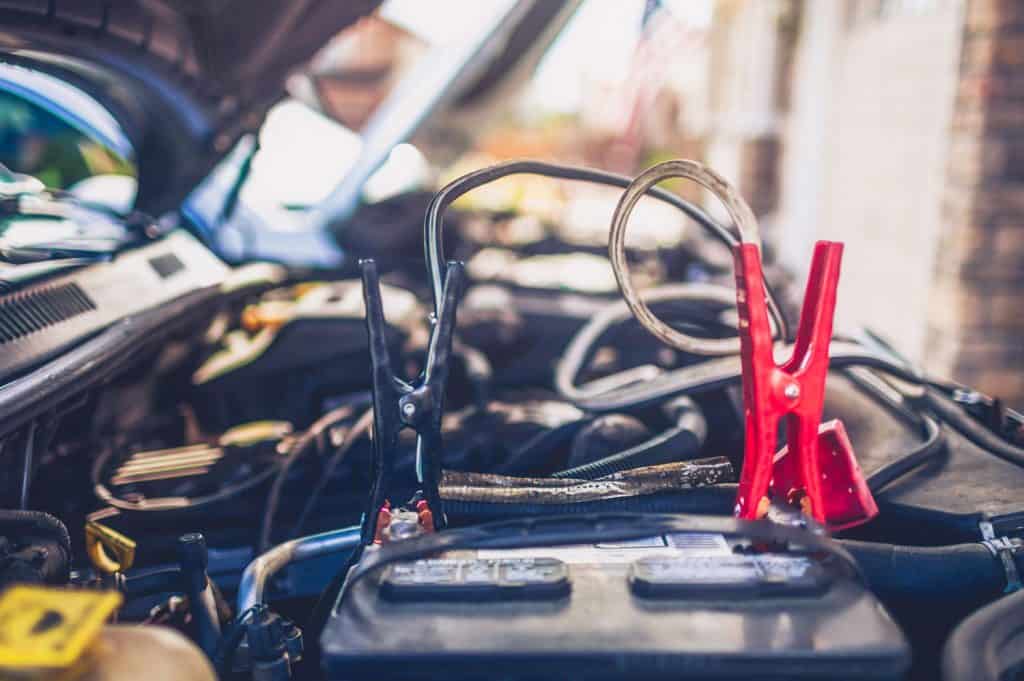 How Do you Get into a Ford Fusion with a Dead Battery?

If you hit the unlock button on your key fob and aren't getting the doors to unlock, you might have a dead battery within the fob itself. This doesn't mean that you're out of luck. Whether the reason is a dead car battery or one that needs to be replaced in the fob, you'll still be able to get inside your Fusion.

To do this, you'll need the valet key. This is located inside the key fob and can be accessed by prying the fob open. Once you have the valet key, look for a small padlock that's engraved on the driver's side door handle.

Pry open this area by inserting the valet key into a slot underneath the lock insignia. This will give you access to the actual door lock, which you can open with the valet key.

For a video tutorial on how to get into the Ford Fusion with a dead battery, watch below: 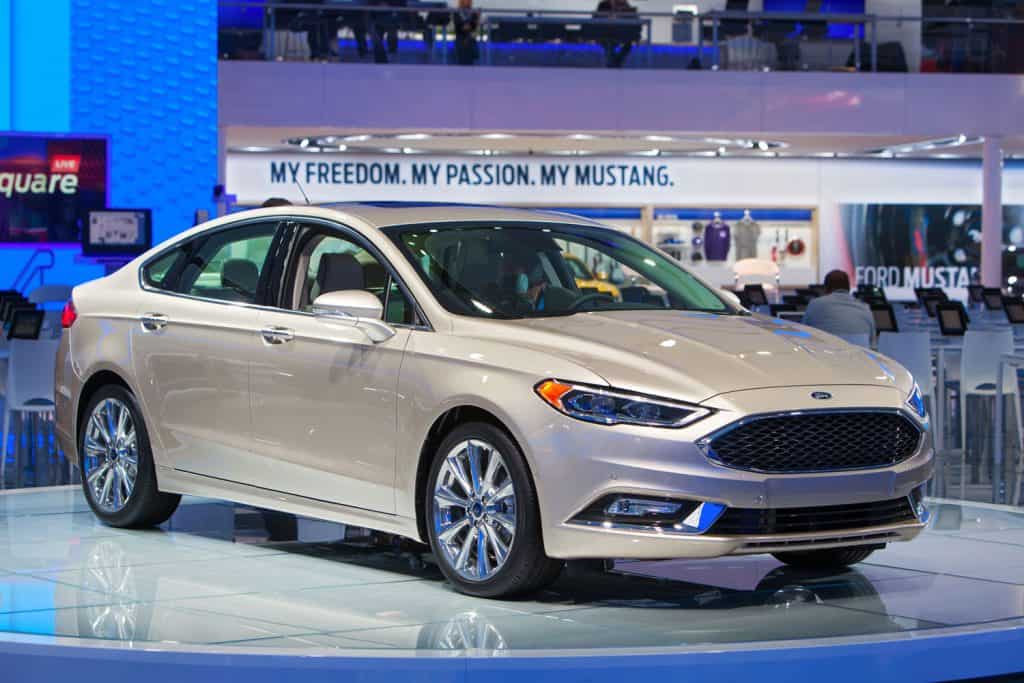 While a dead battery is the most common reason, there are many other potential causes for your Ford Fusion not starting. You can eliminate many of these causes by trying a few simple tasks. At some point, however, you might need to pay to have certain parts replaced so that you'll be able to successfully start your car again.

If you found this post on the Ford Fusion to be helpful, we believe you'll find the following automotive posts to be informative:

How Long Does a Ford Fusion Last? [in Mileage and Years]

Rattling Noise In Car When Accelerating—What Could Be Wrong?