The Ford Mustang has been one of the most popular muscle cars since its first debuts in the '60s. Its smooth ride, raw power, and sleek body style have been the reason why consumers have remained loyal through all of these years. While this remains true, what happens when the key to your Ford Mustang isn't working? Don't panic because we have researched and found the different reasons as to why your Ford Mustang Key isn't working.

Here is the list of reasons as to why your Ford Mustang key isn't working:

Whether if it's your Ford Mustang or any other vehicle, it isn't fun if the key isn't working. Cars are complicated, and troubleshooting an issue such as a dysfunctional key can be a pain in the rear. Nonetheless, before you call the mechanic, read on as we talk more about troubleshooting your Mustang key not working and how to address the issue. 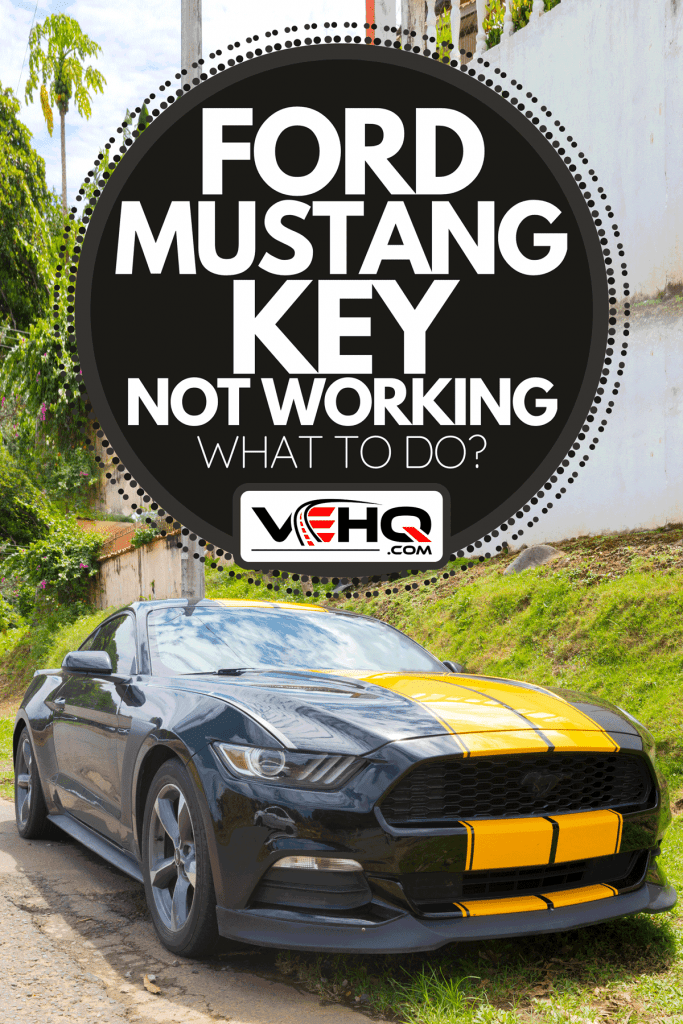 The Ford Mustang was at the beginning of the sports car era and hasn't gone anywhere since. It may be considered an old school car, but like its competitors, the Dodge Challenger and Chevy Camaro, it has been able to keep up with times when it comes to technology.

The new technology has come from blind-spot monitoring, land departure assistance, adaptive cruise control, and even self-driving technology. Another thing that has been big in the car tech world is keyless entry and push to starts.

While this type of tech is handy, it can malfunction like any other type of computer software. Sometimes tech issues in cars aren't always the tech itself but a combination of issues within the vehicle.

Below we break down the different reasons why your Ford Mustang key isn't working and how to troubleshoot the issue. 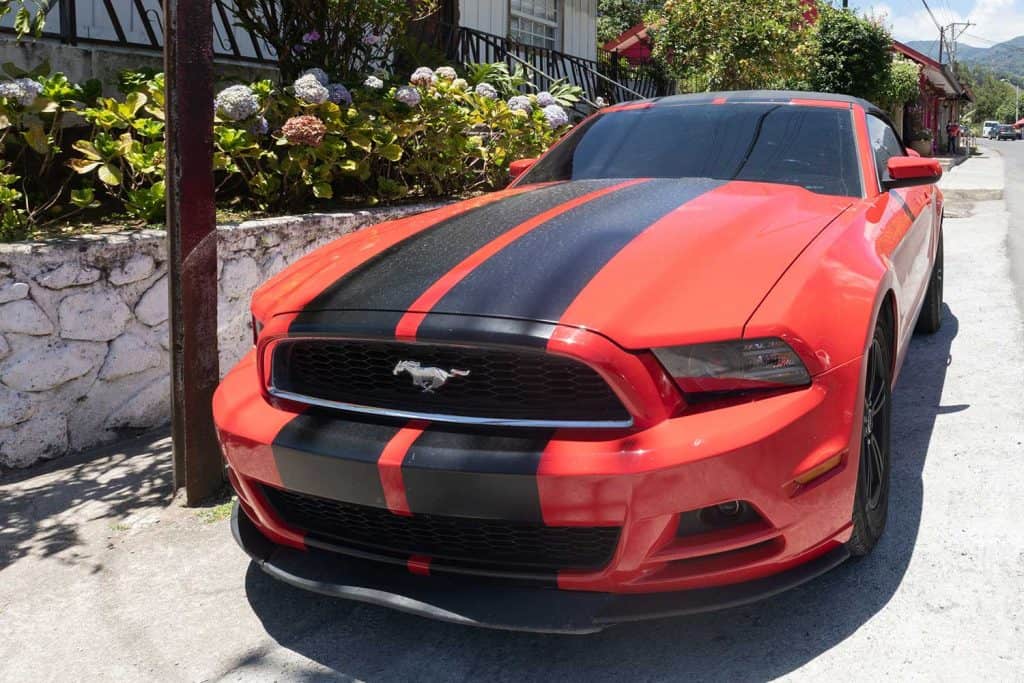 One common reason that your key isn't working on your Ford Mustang is that the car battery is dead. If you try to push-start or insert your car key and the ignition isn't giving a reaction, it could be because the battery has died.

If that doesn't work, check to see if the interior lights are working in the vehicle. If you are able to get interior lights or the headlights to turn on, then more than likely the battery isn't the issue.

While the reason your Ford Mustang isn't starting may be due to a blown fuse, it is unlikely. However, consumers should still check under the hood to see if there isn't any sign of a blown fuse. A blown fuse to the battery or vehicle's computer could be the reason why the vehicle isn't recognizing the car's key.

To check for a blown fuse, pull it out of Mustang's fuse box using a fuse puller or needle nose plier and hold it against the light. If the metal strip is broken in the middle, the fuse has blown. You must replace it with one of the same amperages and therefore the same color.

If you feel comfortable checking for blown fuses, then do as above. Still, if you are not comfortable replacing the fuse, then it is recommended to contact your local mechanic for assistance.

Car keys are getting advanced like the rest of the vehicle's tech. Now they require certain programming in order to do commands such as lock, unlock, remote start, and open the trunk.

With that being said, the key's battery may have died, so the key isn't working. For consumers, who have a Ford Mustang with a push to start, it is recommended to hold the key fob up to the push start as close as possible and try starting the vehicle again.

If that doesn't work, and you know that the car battery itself isn't dead, then replacing the key battery should be your next step. Replace the keys battery as instructed in the owner's manual and then test it again to see if that solved your issue.

If replacing the key battery didn't work, then read on as we continue to troubleshoot as to why your Ford Mustang key isn't working.

Key Needs To Be Reprogrammed

Nowadays, several different frequencies are flying through the air. Your cellphone, radio, and even car have different types of frequencies that could cross paths, possibly causing issues such as disconnections.

If you have tried the first three possible causes of your Mustang key not working, then the issue could be due to a disconnected battery. Key fobs need to be explicitly programmed to the vehicle in order to work and times they can disconnect.

Why would this happen?

Like the transponder car key, when the car key fob is not working, there is an issue with the signaling. The most likely cause will be low or dead batteries in the car key fob. But if that doesn't solve your issue, you will need to troubleshoot more electronic matters.

If you happen to have a spare key fob and it does work, then you are in luck! Take your vehicle and the key fob that isn't working and have your local dealership reprogram it. Most dealers, if you purchased the vehicle from them, will reprogram the key at no charge.

How Do You Start A Mustang With A Dead Key?

If you know for a fact that the key fob battery is dead and you can't get into the vehicle, then rest assured that you aren't entirely out of luck.

In the event of a dead battery and you're unable to unlock the doors, you open the key fob and then insert the key blade underneath the driver's door handle where there is a lock. It will unlock the door, and then you can pop your hood and get jumped. Just use the start button as you would a key to turn.

Reference to the video below on how to start your Ford Mustang with a dead key fob:

What Do You Do When Your Car Doesn't Recognize Your Key?

How Much Does It Cost To Replace A Mustang Key?

How Do You Open A Mustang Without A Key Fob?

Even if your key fob isn't working, there are ways you can still open your Ford Mustang. The key fob on your car will have a physical within it. Take the key out and look for a key entry underneath the driver door handle. Insert the key into the entry, and you will be able to open the car doors manually.

Refrain from putting other objects into the key entry, such as a paper clip or flat head screwdriver. Using foreign tools like this can cause more damage to the vehicle and possibly set off the car's security alarm.

As the years pass, technology gets more advanced. While technology in vehicles can be convenient, it can also cause issues in the long run. If your Ford Mustang still isn't starting after following this article, then contact your local Ford dealer for assistance.

21 Types Of Ford Cars [And That's Without Trucks]

What Cars Have Coyote Engines?