The Ford Mustangs are a fun sports car that is a name in almost everyone's vocabulary. However, nothing is worse than your car not starting when you need to get somewhere. It can be stressful in such scenarios because you cannot even drive the car to the mechanic to diagnose the exact issue. The options you are left with are towing the vehicle to your nearest car mechanic or calling a mechanic over at your place to fix your car. Both of these processes take a lot of time and money. What if we told you that there are ways to troubleshoot and diagnose it yourself?

There are several reasons why your Mustang may not be starting: 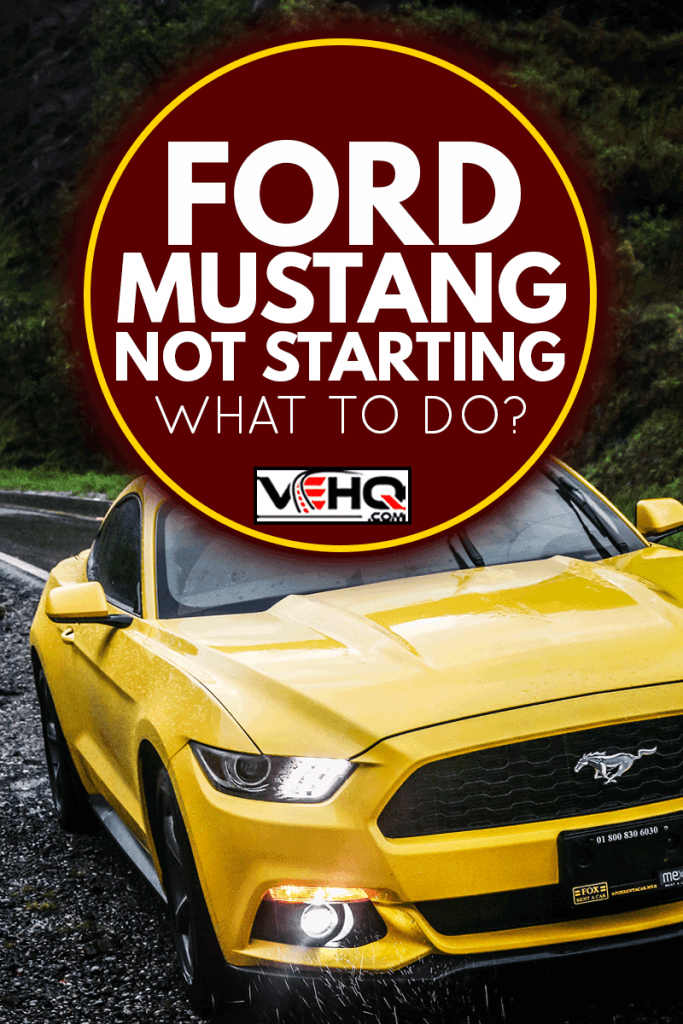 Ford Mustang Not Starting- How To Diagnose

If your Ford Mustang's crank is rotating on turning the key, you now need to check for the rest of the six requirements for an engine to start:

To check for adequate fuel pressure, you need to make sure the fuel pump is working. You can check the fuel pumps by turning the key to the ON position; you should hear a proper hum of the fuel pump, which should last for about five seconds. To further confirm the fuel pressure through the fuel injectors or an access point in the fuel line.

If you find out that your fuel pump is not pumping any fuel to the injectors, then you would probably need to tow your car to the mechanic, as you would require a professional's help to replace the fuel pump. If the fuel is being pumped into the cylinders, you next need to check the airflow. First, open your car's air filter box and make sure there are no clogs in the line and the filter is in breathable condition.

To check the sparkplugs on your engine which create the spark necessary for combustion, you would require a spark plug tester with a small light bulb inside. You will have to pull the spark plug wires out, plug it onto one side of the tool, and plug the other end of the device onto the spark plug. You should now see a periodic flash in the light bulb on turning the key to start position, a sign of a working spark plug.

After you check all of your spark plugs if you find out that the light is not flashing periodically or not lighting at all on any one of them. This is a sign of a bad spark plug. You can easily replace the spark plug by grabbing a similar one from a nearby automotive store.

If all of your sparkplugs are also working, then the problem can be either be wrong timing or a cylinder with bad engine compression. To diagnose both of these issues, you might want to take the car to the mechanic, as it would require you to disassemble quite some parts from the engine, and you might not have the tools necessary to do so.

Bad engine timing can sometimes also make the car not start. For example, Mustangs use a timing chain that can occasionally slip a tooth as they get loose over time and make the engine timing go out of sync. You will need to replace the timing chain in such a case with a new one and get the camshaft and crankshaft back in sync with the help of a professional mechanic.

Do Ford Mustangs Have A lot Of Problems? 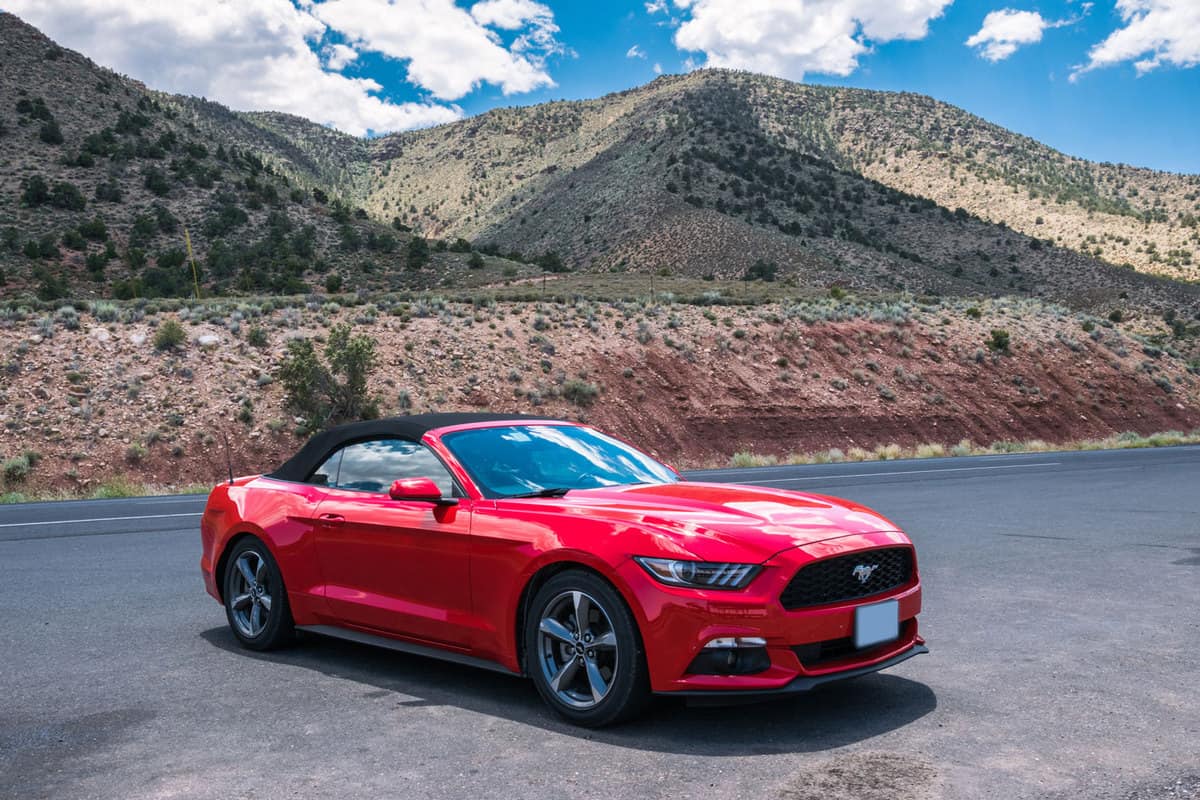 Just because your Ford Mustang specifically isn't doesn't mean that all Ford Mustangs are known for having many problems. Ford Mustangs do not have many mechanical problems, engines have many moving parts, and sometimes it does decide not to start when one of them is not in order as some parts as the vehicle gets older do get weaker and, at some point, get weaker, fail instantly.

Mostly you can resolve the issue by replacing the part that has gone wrong by heading to the nearest automotive store, or sometimes it just requires a few bolts to be tightened or loosened. Knowing to troubleshoot a car that is not starting can also help you verify whether your local mechanic is trying to overcharge you by replacing the wrong parts already in working condition.

We have mentioned effective procedures to test the working of each system that is required to start a Mustang's engine up.

First, you need to make sure that the engine's crank is turning. It can easily be heard as the normal sound an engine makes before starting up. If you can not hear the crank rotating or rotating, it could slowly be one of the following things that might have gone wrong.

The Starter is Bad

A starter motor is basically responsible for rotating the crank. If you do not hear the crank rotating at all, it can be a bad relay. You need to refer to your car's owner manual and get the exact location of the relay responsible for the starter and see any signs of damage on it.

You can try using another similar relay to check whether it was the issue. If not, it can be a bad starter motor, or insufficient power, or ground connections to the existing starter motor, for which you would need a professional mechanic to work on your vehicle. It can probably be a bad battery; you can try jump-starting the car with your neighbor's help or try charging the battery by taking it to the local hardware store and see if it starts.

What Year Mustang Is The Most Reliable?

In terms of reliability, the Ford Mustangs do not have a very bad or an excellent reputation or one that was affected by a model upgrade. However, a newer car would obviously have fewer issues than one run 8-10 years. So, any model from 2018 and onwards should not have as many issues.

With that being said, according to CarComplaints, the 2010 Ford Mustang had the most reported issues. The main complaint is corrosion on the hood. This issue is reported to happen as early as 47,000 miles, and the average cost to repair is $1,700.

The second worst year is the 2007 Ford Mustang, due to the complaint that paint would blister around 55,000 miles. The average cost to get the paint fixed is around $800.

Also, a car with a supercharger like the Ford Mustang Shelby GT500 has comparatively more chances of breaking down earlier than a naturally aspirated one, as there are lesser moving parts and lesser strain on the engine components.

Reliability also depends on how the vehicle is driven. If you drive your Ford Mustang with the pedal to the floor all the time, then the engine is not going to last as long it is driven with respect. 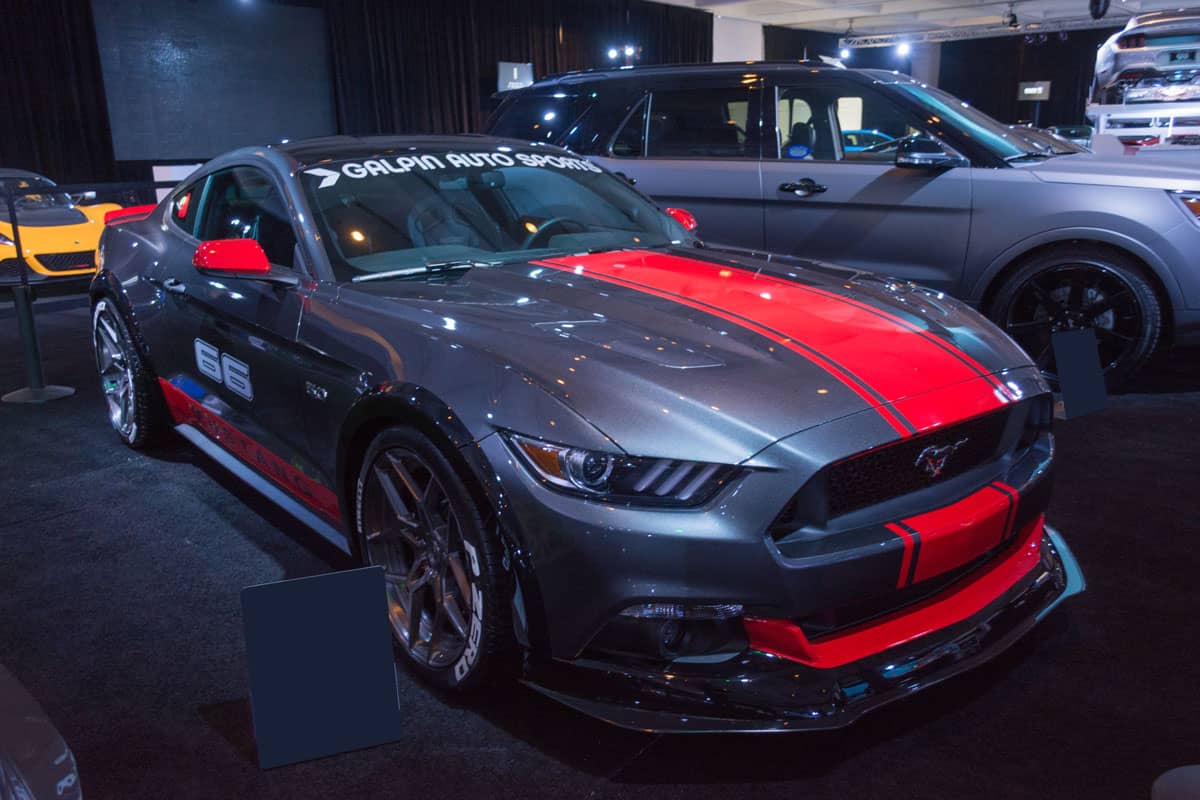 How Many Miles Do Mustangs Usually Last?

Conclusion- Is The Ford Mustang A Good Car?

If your Ford Mustang isn’t starting, it doesn’t necessarily mean that it is a bad or unreliable vehicle. Vehicles are a depreciating item because, over time, they wear down and parts break. It doesn’t matter what vehicle you drive; sooner or later, you will need to repair parts such as the car not starting.

If you enjoyed this article on how to diagnose a Ford Mustang not starting, you might also like:

Does A Ford Mustang Ecoboost Have A Turbo?

How To Reset A Battery Light On A Ford Mustang

We would love to hear from you; leave us a comment below!