Imagine hopping into your Ford vehicle in a rush to get to work or an appointment. However, your engine won't start and you get a "Starting System Fault" code on your instrument cluster. What's happening here? More importantly, what should you do? If you're having these problems, you've come to the right place. We've done the research for your convenience.

Modern Ford vehicles display a starting system fault code either because of the following reasons:

If you're in a bind right now with a starting system fault on your Ford, then do read on. We have compiled several solutions that range from very easy fixes up to advanced repair jobs. Hopefully, your problem only needs the simpler ones. 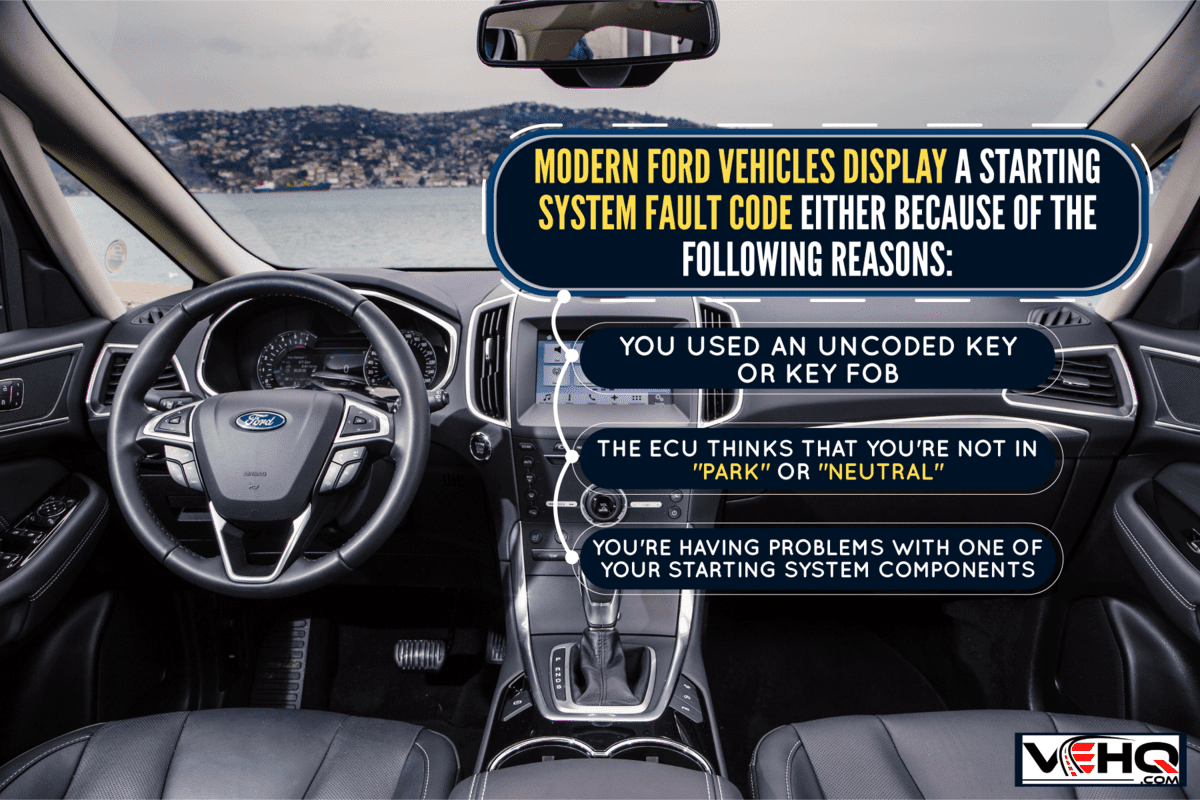 How To Fix Starting System Fault

There are many different reasons why vehicles won't start. However, Ford's starting system fault code allows you to narrow down your diagnosis to specific causes. 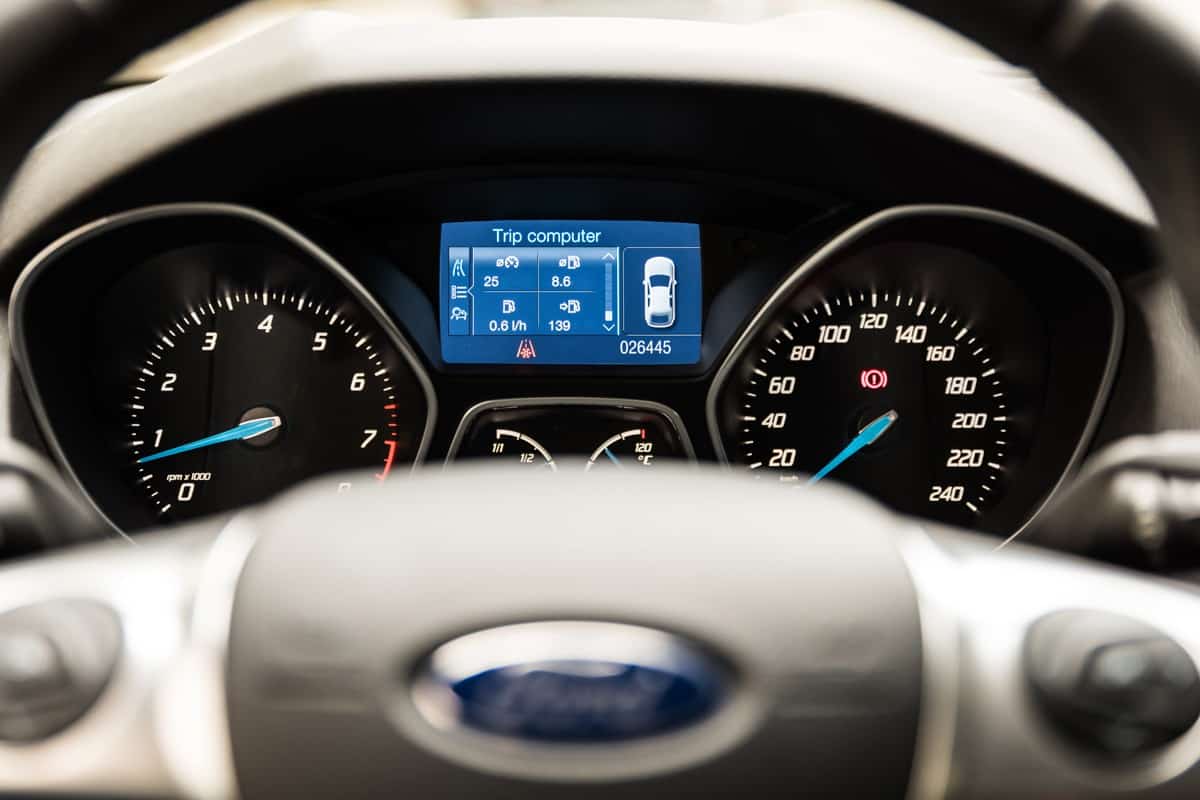 Why Does My Ford Say Starting System Fault?

For example, the 2022 Ford F-150 manual specifically states that if the starting system fault appears, then you are unable to start your engine using a correctly-coded key. In this case, Ford recommends getting your vehicle serviced.

Ford's starting system fault can be caused by using an incorrectly coded (or uncoded) key. Alternatively, if you're using the correct key, then a mechanical or electrical fault is preventing your car from starting.

Let us start with the more simple possible causes and then work our way to the more complicated ones. 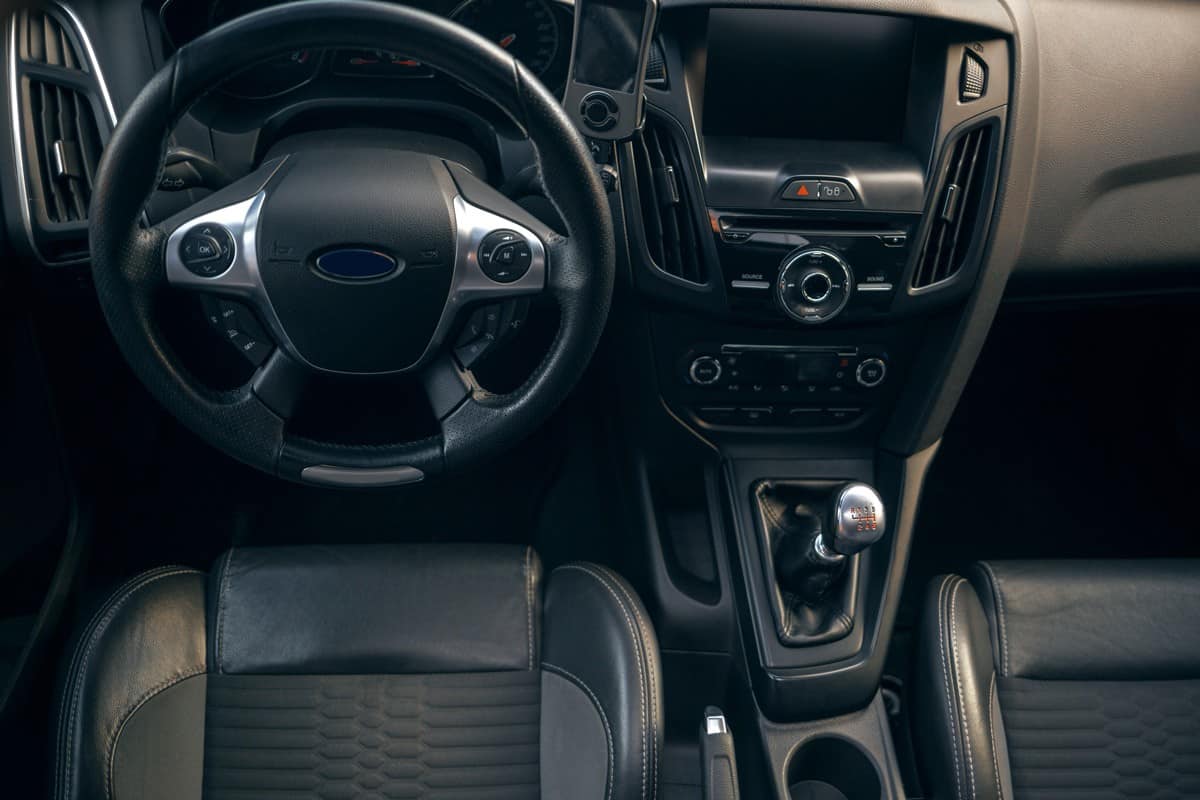 Since 1996, Ford has equipped its vehicles with a passive anti-theft system (PATS). In more modern models, this system is called Securilock. Ford's Securilock prevents engine ignition without the use of a vehicle's correctly-coded key.

Your Ford key or key fob can lose its programming because of several causes, including but not limited to:

Here's a sample video showing how Securilock can prevent your Ford from starting up with an unprogrammed key:

As you can see from the video, both keys were mechanically cut to fit into the ignition cylinder properly. However, only the correctly-programmed key can start the engine.

In line with the PATS-induced issue, check out this longer video on a starting system problem with a Ford Explorer.  This process involves using an automotive scan tool to detect the problem and reprogram the key:

Additionally, Ford also reminds its customers that properly-coded keys may still fail to start the engine due to signal interference. This interference can come from nearby electronic devices, metallic objects, or even a spare key.

For good measure, keep your primary key and spare key away from each other. Moreover, try to keep your mobile phone and other devices away from your ignition cylinder or start button when starting your vehicle.

At the risk of being repetitive about unprogrammed keys, here's another video about a Ford Edge's starting system fault problem. If you skip over to the last minute of the video, then you will learn that a spare key was all that was needed:

The three videos above showed us just how frequently an unprogrammed key can cause the starting system fault. Because of this, we strongly recommend that you program a few extra keys for good measure.

For safety reasons, modern automatic transmission vehicles only allow you to start the engine when the shifter is on "park" or "neutral." If your Ford is in any other gear, then the power control module (PCM) prevents the engine from starting.

We can see from the video above that the Ford truck owner didn't know exactly how he fixed his starting system fault issue. However, based on the symptoms he mentioned, there are a few possible causes we can look into.

In our lucky F-250 driver's case, he resolved the issue accidentally by bringing down the parking brake. This motion may have moved the gear position sensor's wiring back into place, thereby allowing the vehicle to go into "park." 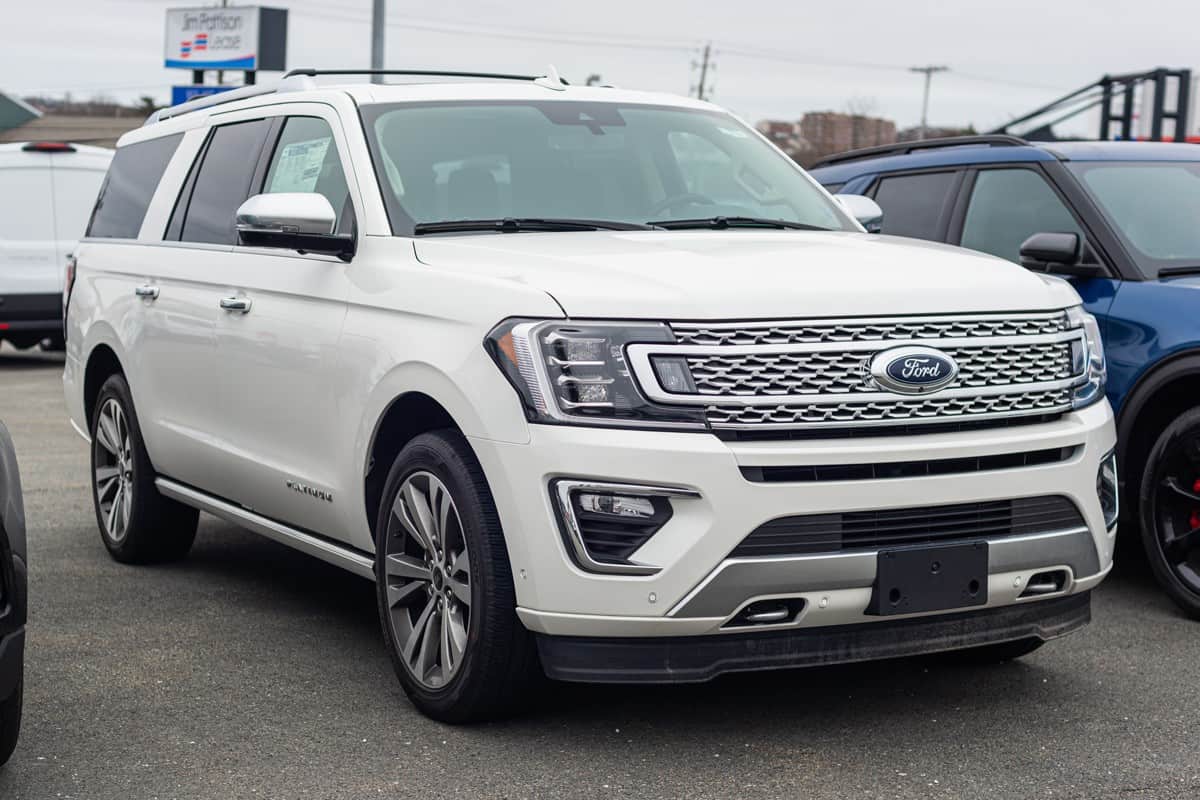 Aside from electrical problems, your Ford's gear position sensors may not register the "park" position due to mechanical issues.

In some large Ford models like the Expedition, the gear selector lever is mounted on the steering columns. A series of connecting brackets and bolts translate the lever's movements to the actual shifter as well as the gear position sensors.

Check out this video about mechanical problems leading to starting system issues:

As the Ford expert in the video showed us, the shifter bushing and the shift bracket can get worn or loose over time. Moreover, the lever itself can get damaged and misaligned. These can make shifting to "park" difficult.

A faulty ignition cylinder can prevent your key from activating the starting system's circuit. Over time, the cylinder's mechanical tumblers or push rods may fail and thus prevent any current from reaching your starter motor.

The video above shows a Ford Focus with a bad starter fuse. However, based on a popular Ford owners forum, the Taurus can also experience starter system faults due to fuses and relays.

Aside from a bad starter fuse, a malfunctioning PCM relay can also cause a starting system fault. In more modern Ford nameplates, the PCM controls just about everything that an engine does, including its ignition.

Check out this video below on how a bad PCM relay can prevent a Ford F-150 from starting:

Last but not least on our list is bad grounding. It may not be easy for the average owner to find and fix bad ground in the vehicle, so most of us will need the help of an auto electrician.

Nevertheless, you may still want to check the video below to see how a seemingly healthy grounding harness can cause a starting system issue on a Ford Focus.

Can I Program My Own Ford Key Fob?

If you only have one working key, then you may need to ask your Ford dealership or an automotive locksmith to cut and program a second key. However, with two unique (not cloned) working keys, you can program additional keys yourself. 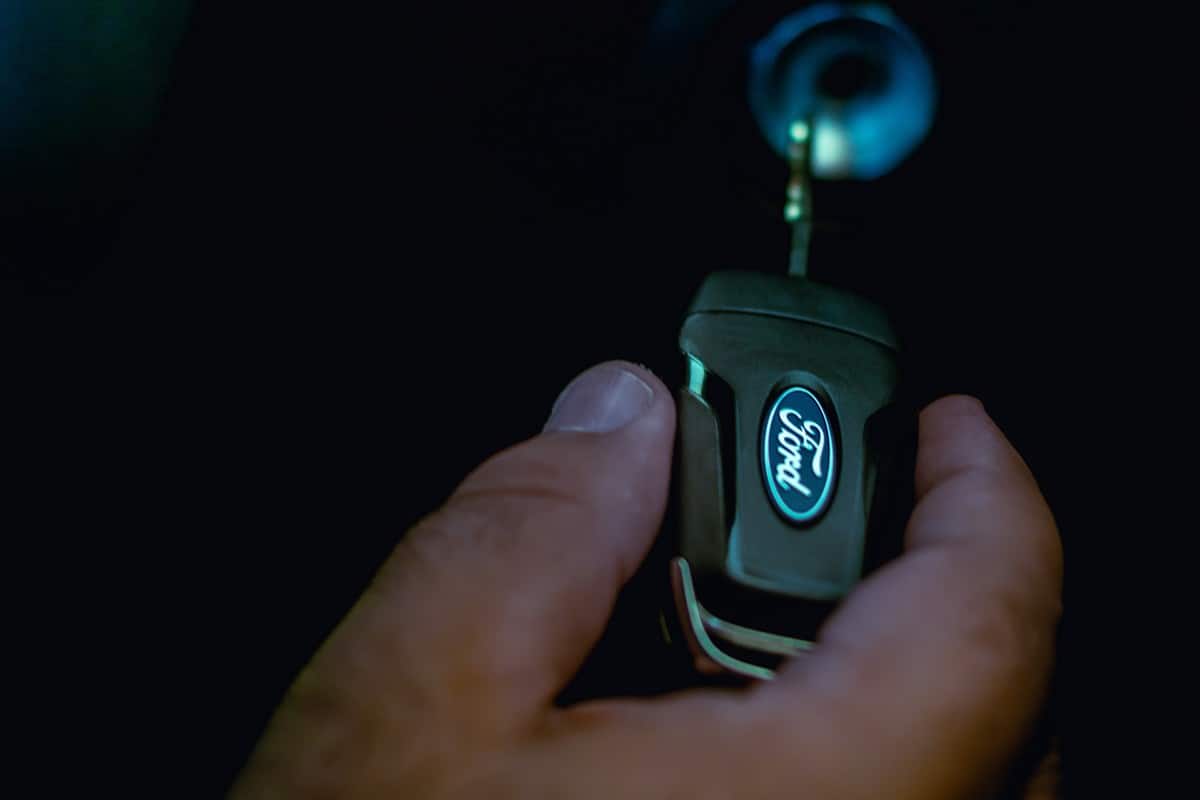 With a remote and key combo, you will need to program both the active and passive RFID chips. For the passive RFID chip programming, you can follow the same instructions as with the transponder key.

With the passive RFID programming done, you can already start the engine with the mechanical key. You may also check out the video below for remote programming:

Ford's Intelligent Access (IA)  keys need a different programming procedure. Before starting, you will need to access the backup key programming slot in the cupholder of the center console. 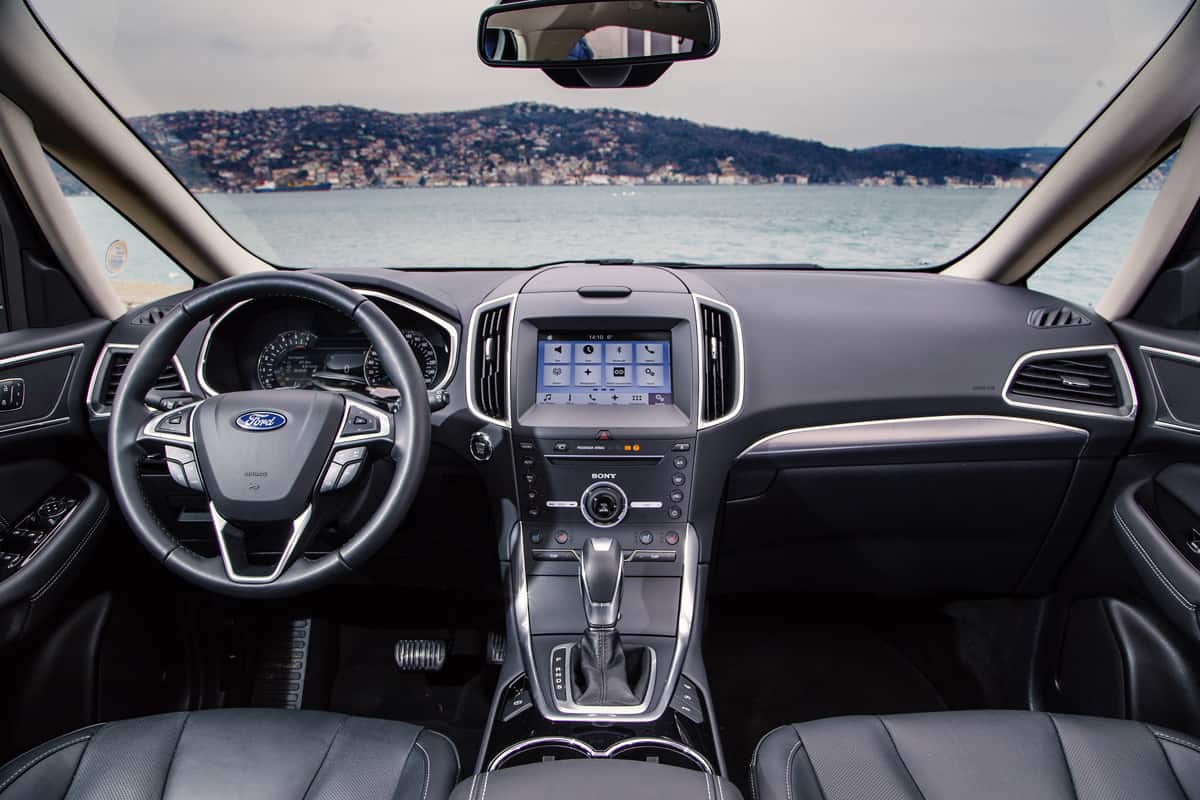 Ford's starting system fault can be caused by an improperly-coded key or a faulty gear shift lever component. It can also be due to an electromechanical problem with the starting system components, such as the ignition cylinder, starter motor, or the PCM.

In case you encounter this fault, we suggest that you try using your spare key first. Second, you may want to try checking your gear selector lever's connections and your ignition switch. Finally, you may try checking your fuses, relays, and your starter motor.

Thank you very much for reading. We hope we were able to help you solve your Ford's starting system fault problem.

For more interesting reads about Ford and other automotive topics, you may also check out these great articles below:

I have a problem with my 2015 Ford Escape. It did need a tune-up and fuel injectors cleaned. The problem was after a fill up one time, while driving the car died and I had to pull over. Once I shut the engine off and waited a while, I turned the key and it started I had about $1,000 worth of work done at Firestone and that included the battery. The symtom now is I can drive and make several stops and then go to start the car and it just doesn't start. Accessory lights are on but car does not start.Firestone thought it was the remote starter. I took that to another place that checked it out and said nothing was wrong. But I had it disconnected anyway. If the car sits for a couple of hours or overnight, then it starts up! It's very frustrating paying all this money and no one seems to know what's going on! And you go to a Ford dealer and you are there all day or have to drop the car off for several days. Keys have been checked too! Original key and spare both do it. I did not want to go into winter with a non functioning car! Today was the first day I got this error. Any suggestions?