If you've ever needed to jump-start your vehicle, knowing how to access the battery is a vital first step. As models of vehicles change their designs often, it can be confusing to have to relearn where the latest models have their batteries stored. Should you have a Ford Transit, this post will be your guide on locating this popular vehicle's battery.

The battery for the Ford Transit cannot be found by looking under the hood. Rather, the battery is located in a spot underneath the driver's seat.

Now that we know where the battery is located in the Ford Transit, we'll take a closer look at this vital component. You might also be curious about how you would jump-start the Transit. Or maybe you'd like to know what battery size your Ford Transit needs. For the answers to these questions and more, read ahead in this post to see what our research has uncovered. 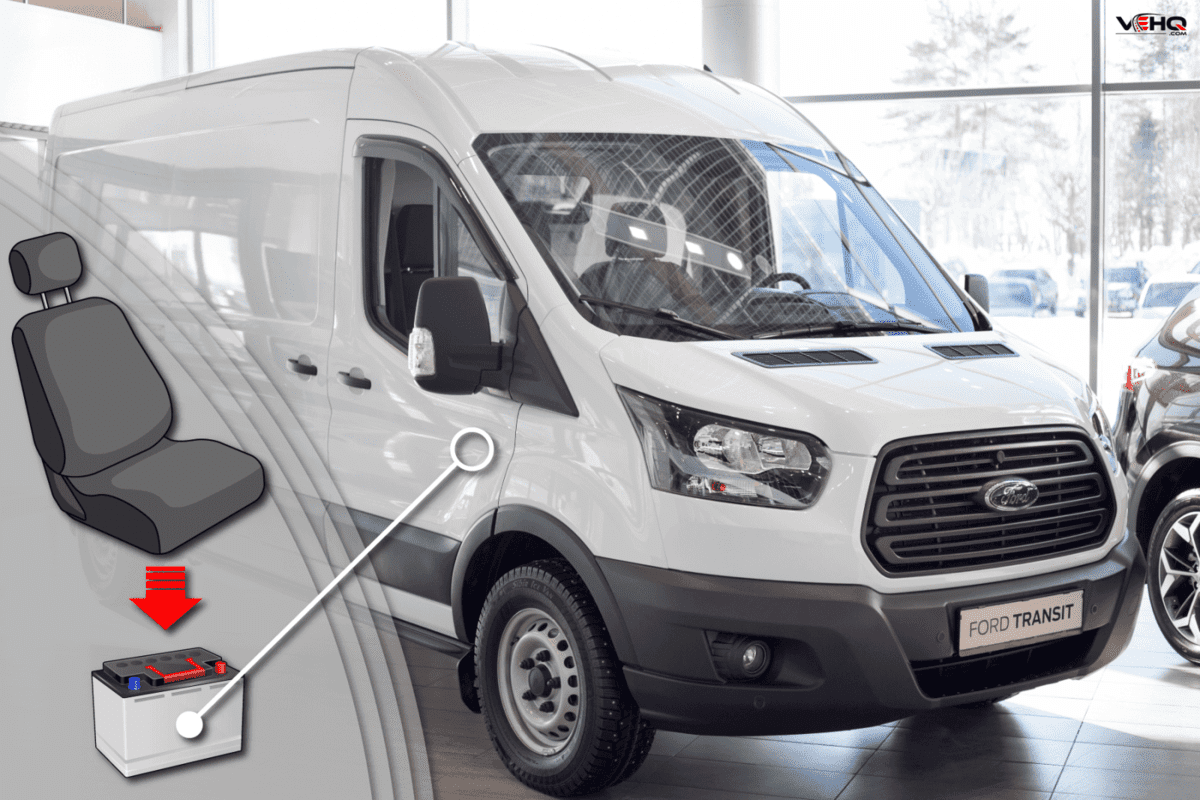 Important information about the Ford Transit and its battery

Opening the hood of the Ford Transit and expecting to find a battery will be quite a shock. For safety reasons, Ford has installed the battery for this van underneath the driver's seat. Accessing the actual battery itself takes a few steps, but is a fast and easy process. 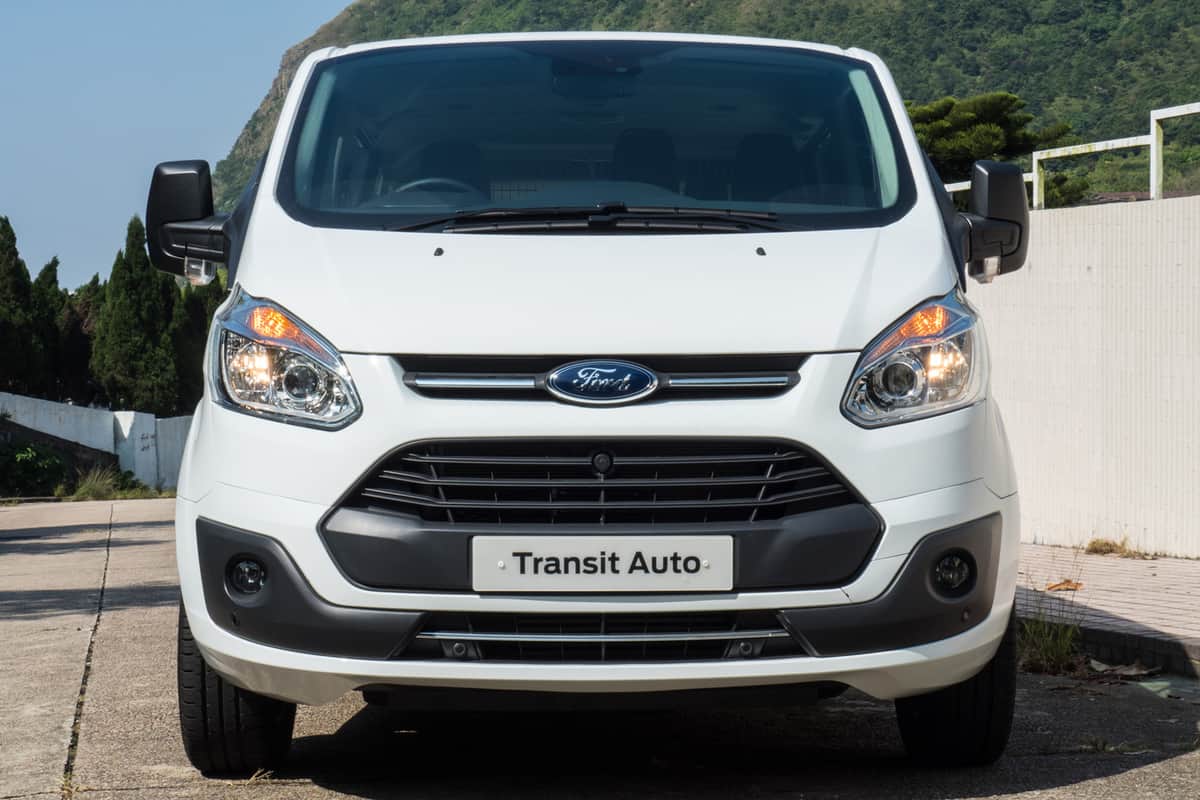 First, you'll need to move the driver's seat all the way back. Locate the two plastic screw covers that are on each side of the base of the front of the seat. You can use your fingers to remove these covers, by pushing them inward. This will expose a rail stop bolt under each screw cover.

Using a T-40 torque bit, remove the bolts. Now that the bolt stops are removed, you can move the seat all the way forward. Be sure to set the armrest all the way up before doing so.

The battery compartment will now be exposed. Locate two plastic tabs on the side facing you, and pull forward. This will remove the fabric cover. Underneath, you'll see the rear battery cover. Two topside bolts will need to be removed, and the cover is taken off and set aside. Next, you will see two electrical cords, fastened together. Unfasten them, then remove the metal bar that runs across the top of the casing.

Now, you need to remove the battery cover. Using your fingers, remove this panel. Doing so exposes the negative battery cable. When this has been removed, loosen the nuts on the pole clamps and remove the cable from the battery. You can then unsnap the tab in the front, on the opposite side of the negative battery cable. This will allow you to slide the cover all the way forward and off. The entire battery will now be exposed. 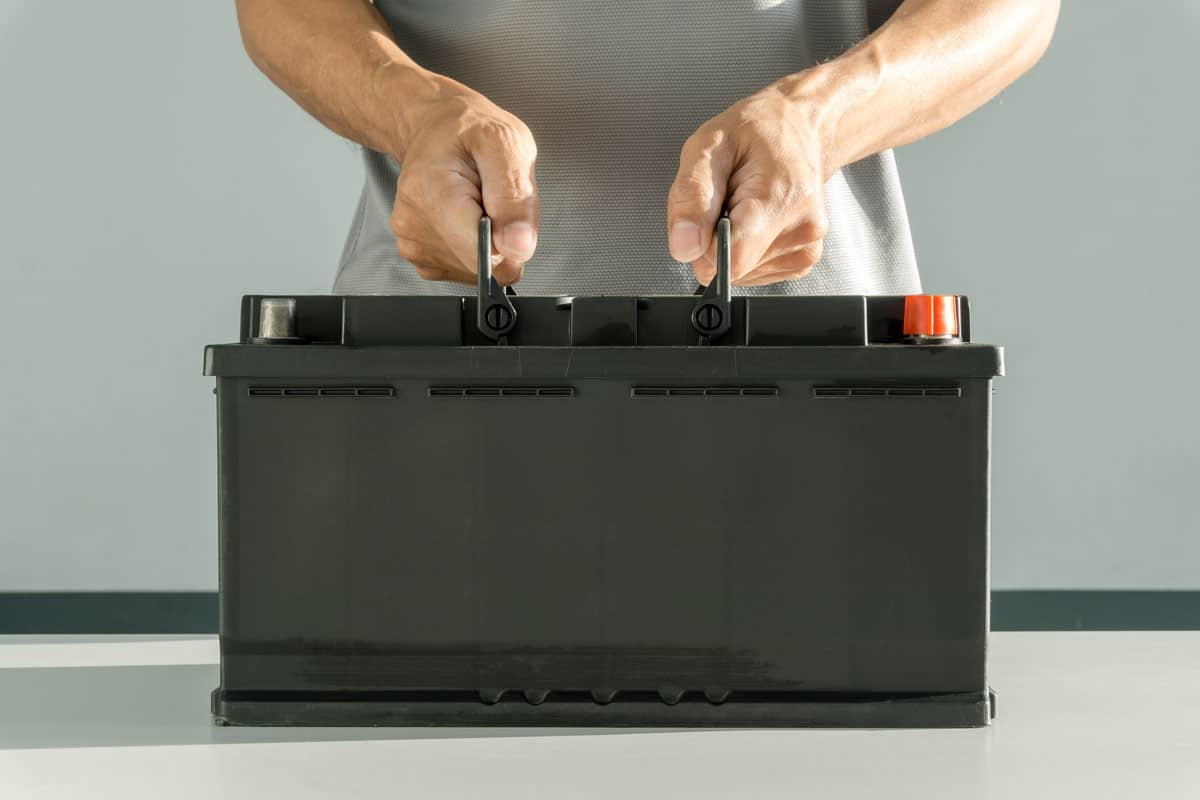 You will now be able to locate the positive pole clamps and loosen the nuts so the cable to it can be removed.

The battery is free and able to be safely removed. Be sure to use the topside handles to lift and carry the battery, as it is quite heavy.

To replace the battery, follow all of the above steps in reverse. For step-by-step video instructions on how to locate and remove the Ford Transit battery, Ford Motor Company has put together an easy-to-follow one that you can watch here:

What size battery do I need for a Ford Transit?

The Ford Transit requires an H6 battery, which is also referred to as a group 48 battery. This battery is rectangular and has positive and negative post terminals located on the top of the casing. These batteries are 11 inches long, 7.5 inches tall, and nearly seven inches wide. This battery will weigh 54 pounds.

What voltage is a Ford Transit battery? 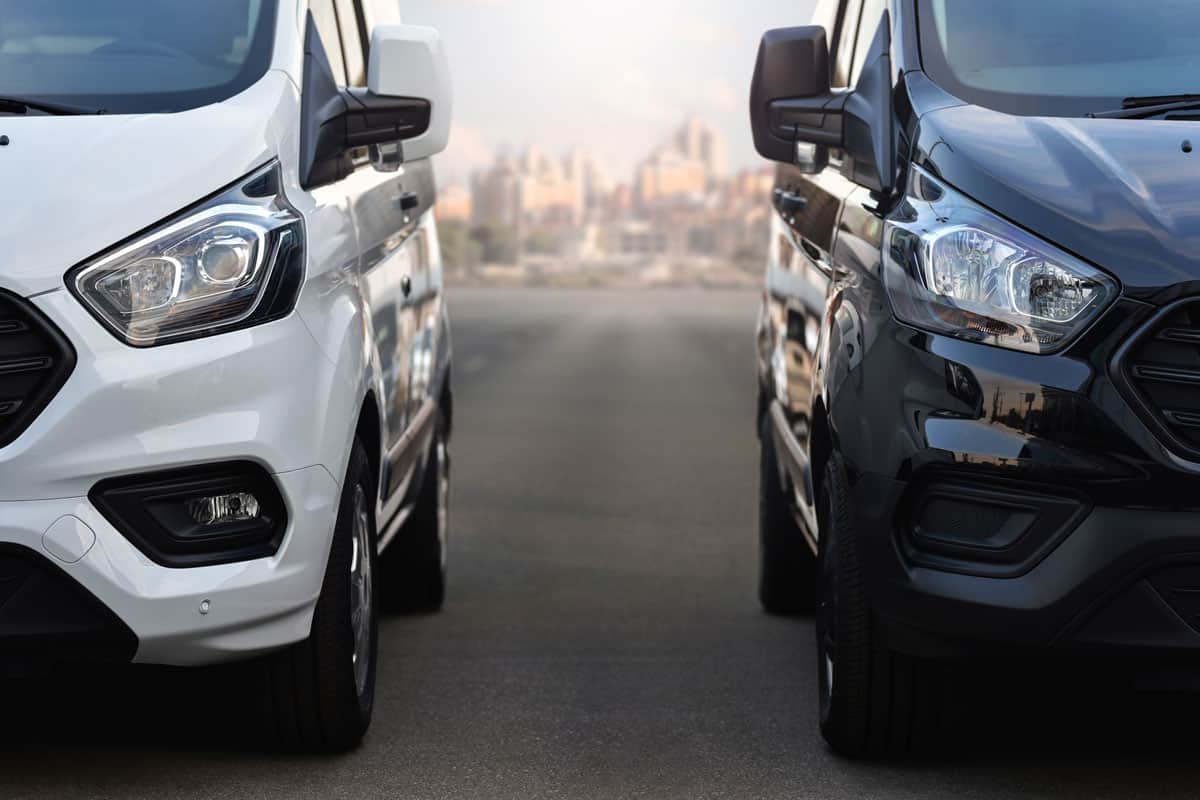 The battery in a Ford Transit can be expected to last anywhere from three to five years. Of course, this is under common circumstances. There are things that can greatly reduce the life of any vehicle's battery.

To get the most life out of your battery, be sure to not drain the battery. A battery that needs to be jump-started continually won't last as long. So things like leaving headlights on and doors open with the engine off will zap your battery and its lifespan.

Weather conditions also play a significant role in how long your battery will last. Batteries are forced to work harder in cold weather. If you keep your Transit van in a cold climate, having it garaged in a warm spot will be helpful in keeping your battery alive for its expected number of years.

How do you jump a Ford Transit? 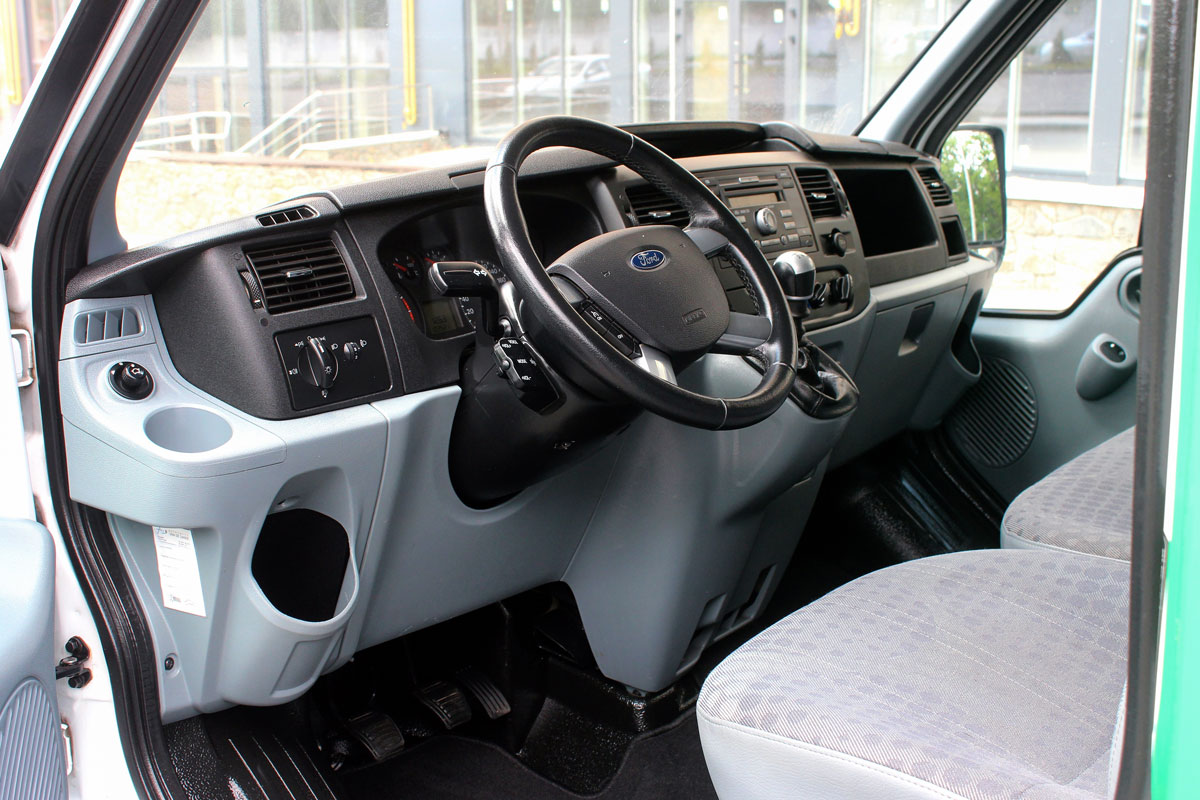 For a step-by-step video tutorial on how to jump-start the Ford Transit, you can watch here:

How do you connect jump leads to Ford Transit?

When you need to jump-start the battery of your Ford Transit, knowing exactly how to connect the jump leads is pretty important. But it's an easy thing to do.

Why does my transit custom battery keep going flat?

If you've been having issues with your Transit battery draining, or "going flat," the culprit is most likely from the doors being opened and closed an excessive amount of times. Each time a door is opened on the Transit, the van's electrical modules power up. Too much of this without the van running will drain the battery. This problem is not an uncommon one and is one of the biggest complaints by consumers about this van.

In addition, you should make sure that doors are properly closed and that any interior lights are completely off when the Ford Transit is not running. Open doors and lit dome lights will drain your battery, possibly leading to your battery going totally flat. 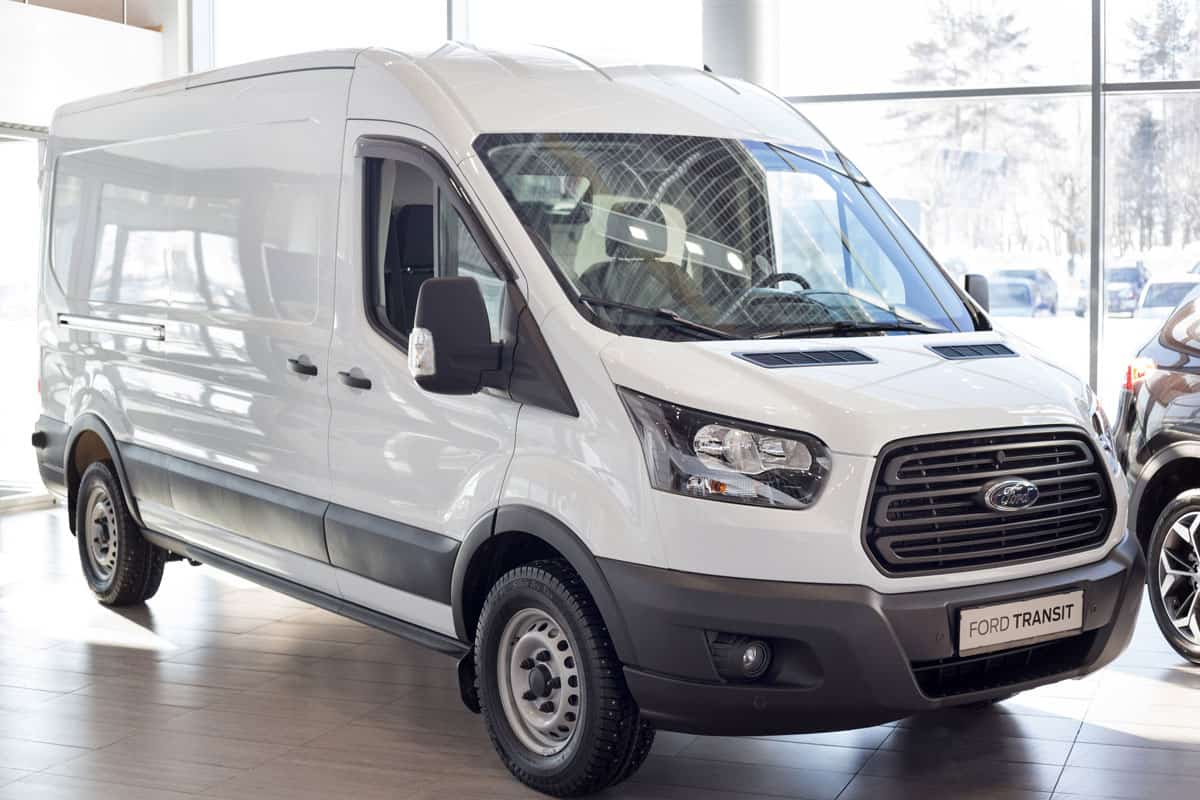 Being able to locate and change the battery in the Ford Transit van can take a little bit of time and effort, but can be accomplished fairly easily. If it's your first time doing so, it's important to read and understand all of the manufacturer's recommendations and warnings. These can all be found inside the owner's manual.

If you found this post on the Ford Transit to be helpful, we believe you'll enjoy reading the following posts:

Ford Transit Won’t Go Into Park – What Could Be Wrong?

Ford Transit Not Starting – What Could Be Wrong? 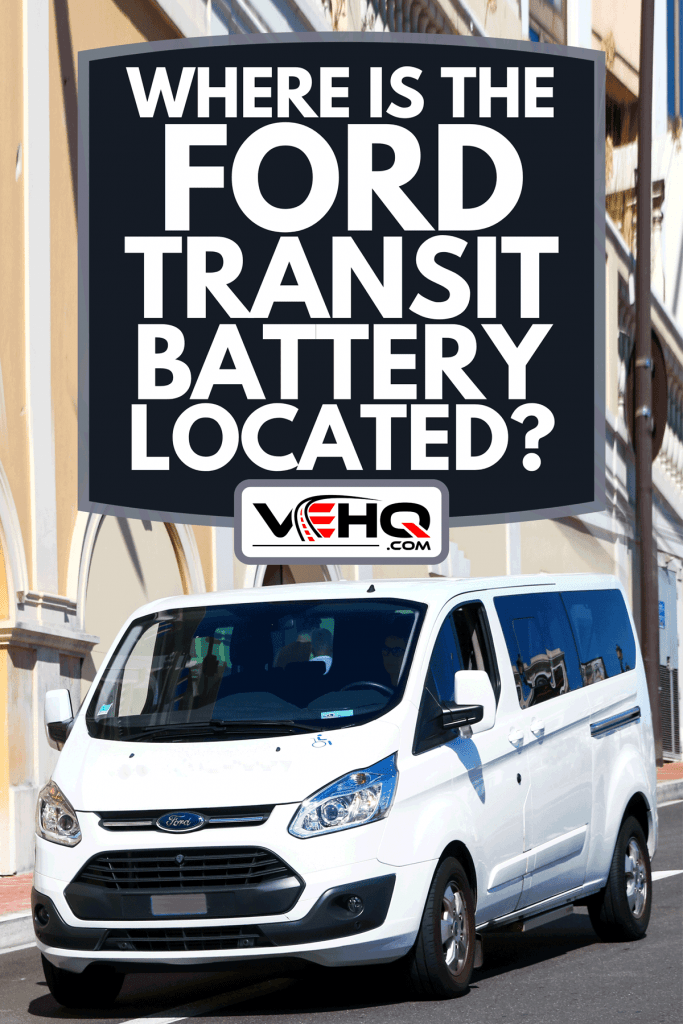