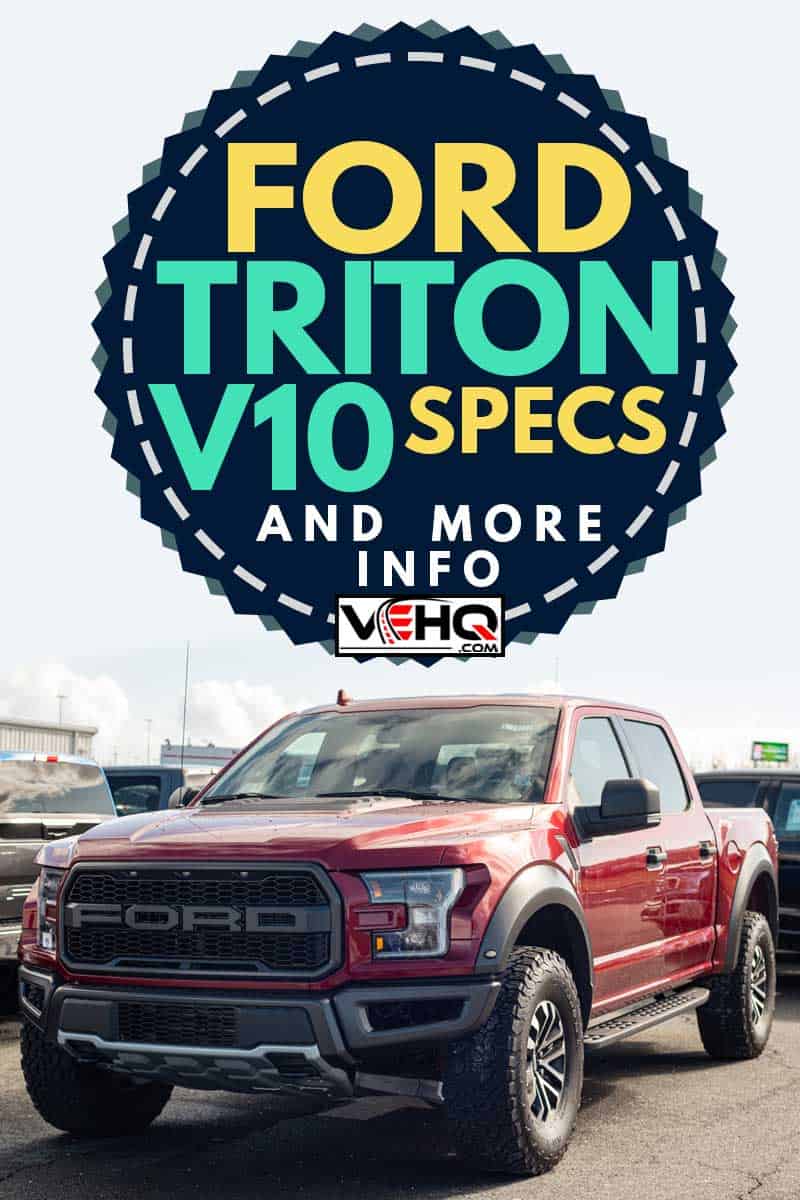 The Ford Triton engine was marketed from 1997 to around 2010. This was an engine found in Ford's bigger vehicles such as E350 and other trucks and vans. Ford also went above and beyond by making a Triton V-10 engine. These engines have much more power than the average gas engine. We've done the research to let you know the specs of a Ford Triton V-10, so you can see just how powerful Ford intended it to be.

Specs for the Ford Triton V-10:

Keep reading below as we dive deeper into the specifications and answer more questions about the Ford Triton V-10.

Whenever you see an amount in liters beside an engine, it is referring to the volume of the engine. In the case of the Ford Triton, a 6.8-liter engine is massive. For reference, a 2020 Ford F-150 can come with a 2.7L engine, which is standard for the world's most popular truck. With the Triton being over double that, you can expect this engine to pack some serious punch.

V-10 refers to the number of cylinders in the engine. This can also be translated to power, since the more cylinders you have the more power you generally also have. The more there are the more work they are able to do. This does. however, come at a cost. Cars with fewer cylinders can get better gas mileage, while vehicles with lots of cylinders such as the Triton get worse gas mileage.

The Triton's low to mid 300s horsepower is above average for a truck, making it a great option when it comes to power considering the size of the truck or van. However, this level of horsepower certainly will not break any records.

Simply put, torque is the force produced by the engine. It is a necessary part of any vehicle, especially for engines like the Triton V-10. The Triton V-10 has an average of 420 to 457 pound-feet of torque, which is on the higher end of the spectrum for trucks. In short, this is a powerful engine.

The Ford Triton V-10 should be more than capable of pulling 12,000 pounds even on older models. New models can pull even more. To be sure, check with whatever model you own or are considering buying.

This also depends on what kind of vehicle you have: a truck or van. Vans can pull considerably less, while a large pickup truck may be able to pull 20,000 pounds or more. The Triton V-10 is made to be powerful, but make sure you have the right vehicle to go along with it if you plan on towing a lot of weight.

How Much Oil Does The Ford V-10 Hold?

The Ford Triton V-10 holds 6 to 7 quarts of oil. Some technicians have said that 6 is enough while others recommend 7 because it doesn't seem to fill it all the way. There has been some misinformation and confusion on Ford's end when it comes to oil capacity. According to Ford, 6 quarts is enough. But according to others, it isn't.

If you own a Triton V-10, your best bet is to take it to the professionals at your local Ford dealership, inform them of this confusion, and have them determine what the correct amount of oil is.

Is The Triton V10 A Good Engine?

Yes, but be careful. Ford trucks are the most popular truck in America for a reason. They make quality, high-tech, reliable vehicles that a lot of people depend on. With that being said, there are bound to be models and vehicles that have more problems than others.

Vehicles with V-10 engines are less popular today because of their odd configuration. A 10-cylinder vehicles are not common because they do not seem to run as smoothly as V-8s and other engines.

Besides that, the Triton V-10 was a great engine for its time. If you purchase one today, as long as it has been well maintained you can expect it to last as long as most other heavy-duty vehicles.

For more information on the reliability of V-10s, check out this article: What’s The Ford V10 Life Expectancy?

2010 was the last year that Ford produced the Triton V-10 for the general public. Like they do with all their engines, they developed new technology and implemented it in an engine they renamed. Because the Triton engine was strong and reliable, they actually still produce a version to this day for commercial vehicles.

While you may not be able to buy a Triton V-10 engine from a Ford dealership, you may be able to find a new one by shopping through a commercial seller. Your other option is to buy used.

How Much Does It Cost To Rebuild A Ford V10?

A complete rebuild of a V-10 engine can be pricey. Typically this means replacing all of the parts on an engine. Buying them separately like this is always much more expensive and time-consuming, but it may be worth it to you.

For a total rebuild, you can expect to pay somewhere around $7,000. This number may be higher or lower depending on whether you have a professional do it (and who that professional is) or do it yourself. We always recommend taking it to a professional to ensure it is done correctly. 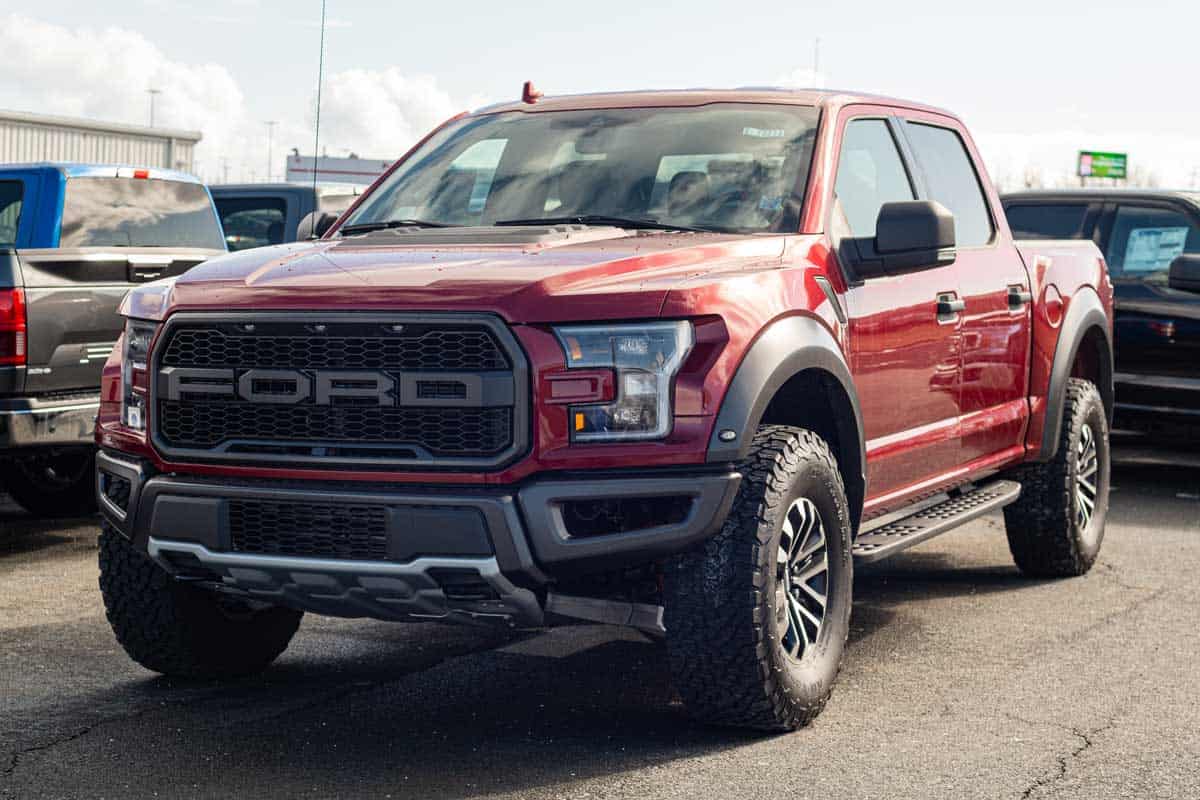 All in all, Triton V-10s are great engines with even better specs. The 6.8L version is sure to be able to pull whatever you need while providing all the benefits of owning a gas vehicle.

Triton V-10s are often compared to diesel trucks because of their similar performance and looks. This is a perfect crossover if you are looking for a vehicle with the specs of a diesel without the added costs of owning one. The Triton V-10 proves to be one of the strongest and most unique gas engines on the market.

Speaking of diesel engines, be sure to check out this related guide: