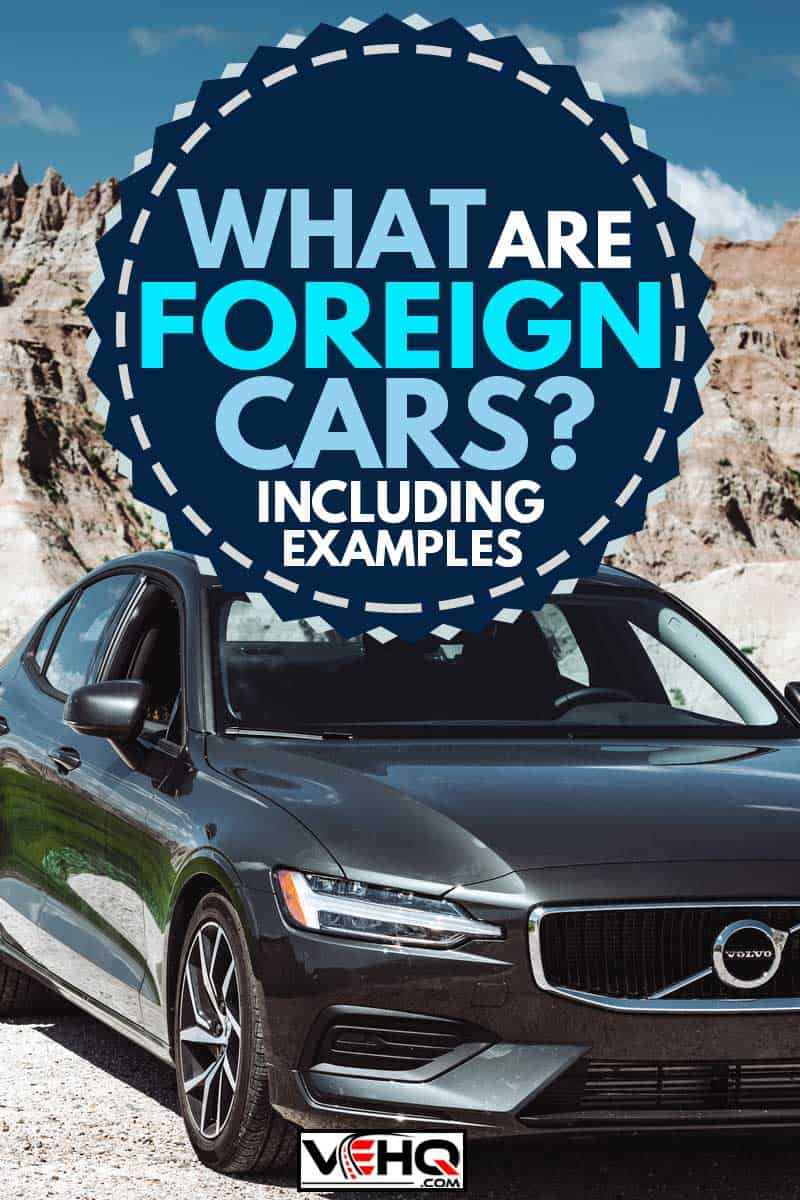 If you have ever begun researching cars to make a purchase or lease decision, you have more than likely heard the terms of foreign cars and domestic cars. What exactly is a foreign car? We've researched what makes a vehicle a foreign car, and we look forward to sharing that information with you here.

Continue reading to find out all you need to know about foreign cars.

Where Are Foreign Cars Made?

Since foreign cars are no longer defined simply by where they are made, they can be made in any country anywhere in the world. Several foreign car companies produce vehicles in the United States. These companies include the manufacturers we listed earlier.

Each of these plants makes specific models of cars. Volkswagen's Chattanooga, Tennessee plant manufactures the Passat sedan and will begin producing an SUV soon. Similarly, as we discussed in our Where Are Volo Cars Made? blog post, Volvo's South Carolina plant produces the S60 sedan and will soon begin producing the XC90 luxury crossover. Toyota and Honda each produce specific models at their different plants as well. This helps to streamline the process and keep production operating at a more consistent pace.

As you can see, foreign cars are made on virtually every continent in the world. It is no longer as simple as saying that any car made outside of the U.S. is a foreign car, and any car made inside the U.S. is a domestic vehicle. The only clear distinction is where a car company has its main headquarters and from which country a brand initially came.

Is It More Expensive To Fix A Foreign Car? 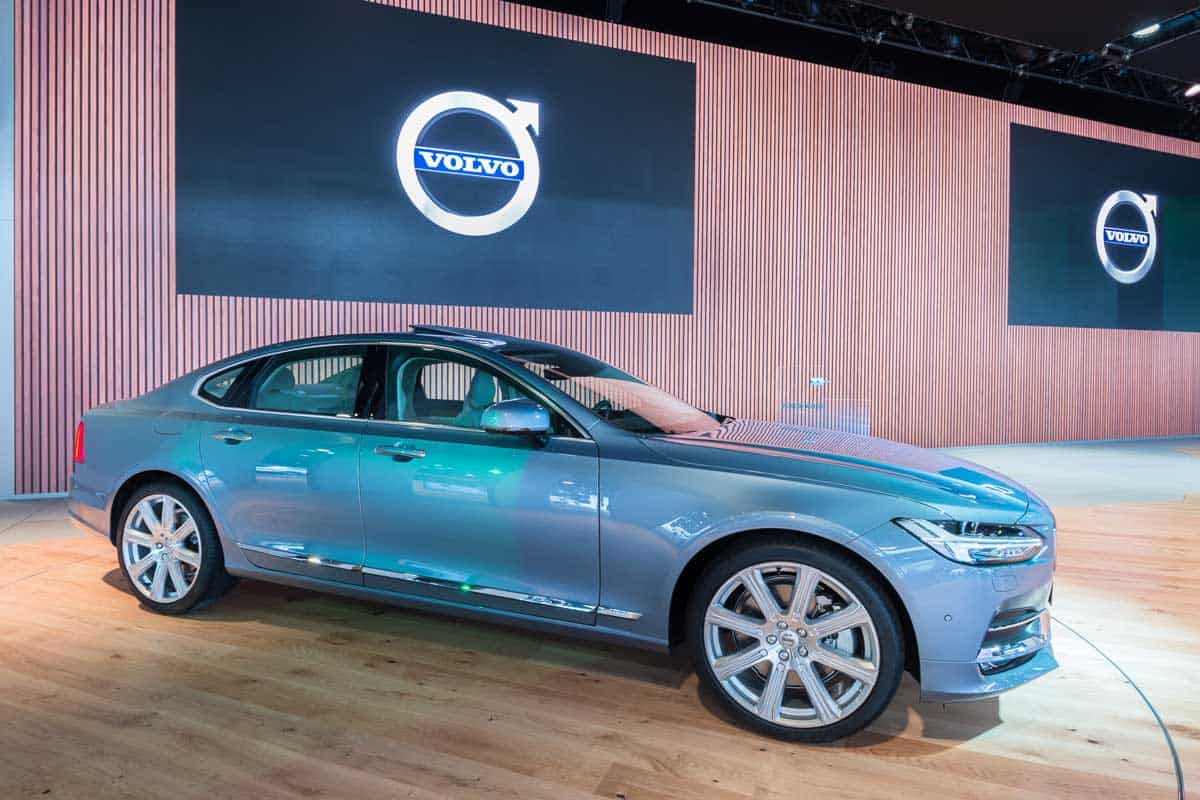 Another common question that arises when discussing foreign cars is whether or not they are more expensive to repair than their domestic counterparts. Like the definition of the term foreign car, this answer has changed over the years. Again, globalization seems to be the cause of this change.

Initially, foreign cars were more expensive to repair for one simple reason: their parts had to be ordered and shipped from overseas. For example, before Honda began manufacturing cars in the United States in the early 1980s, all of their vehicles were shipped into the United States. Because there were no manufacturing bases here, any replacement part had to be shipped to an auto repair shop or the dealer. This cost was passed on to the owner of the vehicle.

However, now that most car companies have manufacturing plants in the United States as well, the cost of shipping parts to a dealer or repair shop has greatly decreased. Furthermore, many cities that house foreign car manufacturers have also become a central area for part suppliers and manufacturers to open factories of their own. For example, Volkswagen's plant in Chattanooga, Tennessee, has brought numerous suppliers to the area. This again helps to drive down costs associated with shipping replacement parts. It is important to note that many foreign car companies do tend to use parts that are specific to their brands, and the need for exact matches can still make repairs a bit more expensive. But, that cost difference is negligible compared to what it used to be.

Now that we know the difference between the types are foreign cars better than American cars? The answer here depends largely on what you are looking for and the importance of certain factors when you are considering purchasing a car. 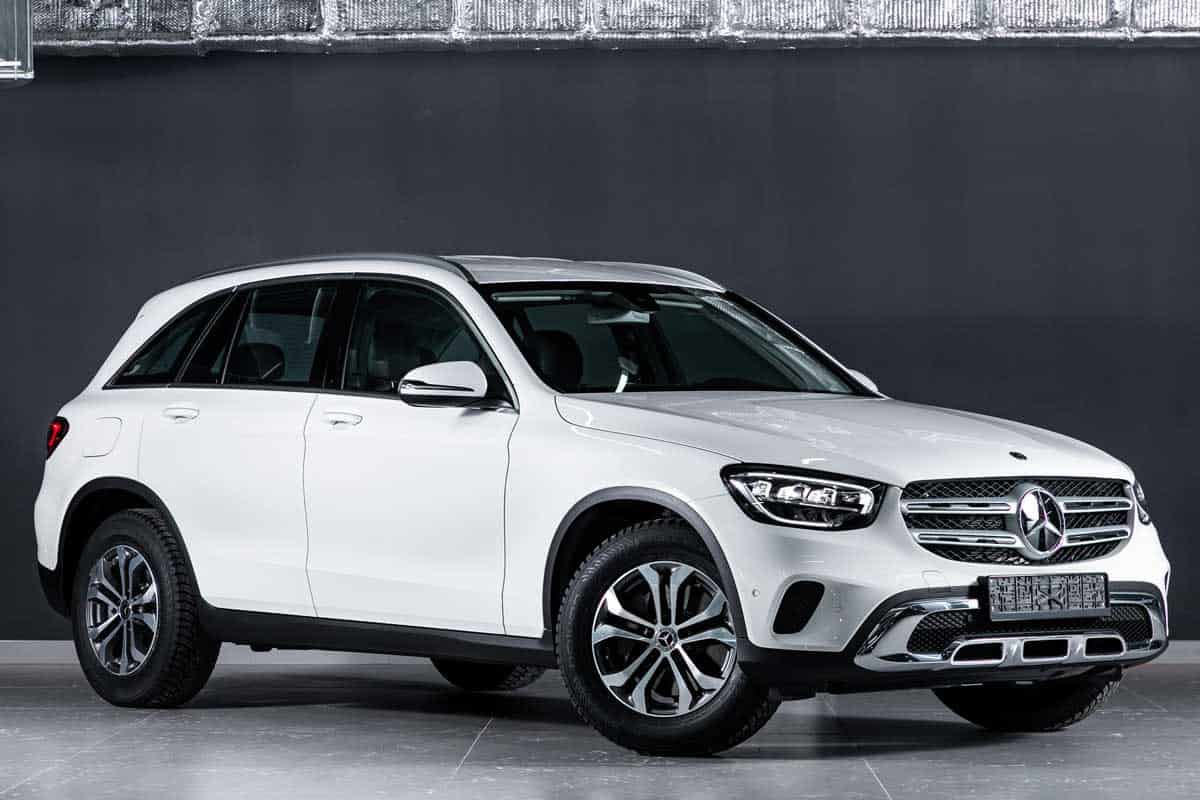 American car companies are generally associated with better SUVs and trucks. This is, in all likelihood, because these cars are more popular in the United States and because the major U.S. manufacturers have concentrated more on these types of vehicles.

Additionally, American cars offer what is sometimes known as "affordable luxury." Certain American brands will have a lower price point on features generally associated with expensive foreign car brands like Mercedes-Benz and BMW. And, finally, as we mentioned earlier, parts for American cars are still a little bit less costly than those of foreign car companies.

On the other hand, because American companies are focusing on SUVs and trucks, it is challenging to find sedans and cars made by American car companies. Furthermore, the cars, SUVs, and trucks made in America are generally less reliable. This leads to increased maintenance costs and higher overall costs in the long run.

Though American cars are generally seen as becoming more reliable, the fact remains that they still have ground to make up to be viewed in the same way as foreign cars. Finally, American cars are more consistently poorly reviewed by consumers and ranking services. 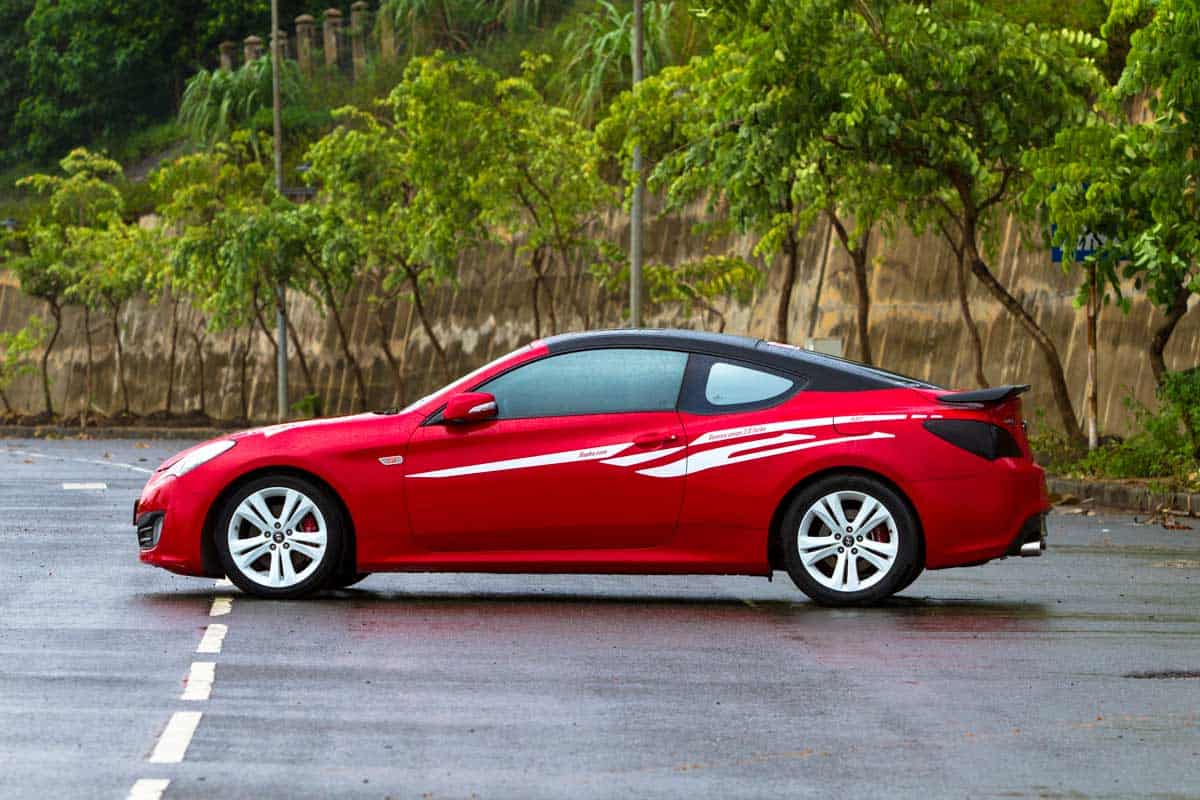 Perhaps no foreign car is more notorious for its poor performance and reviews than Yugo. This now-defunct brand was well-known for its failings. Additionally, those brands that require specialty or proprietary parts can be expensive to repair, even in a more globalized world.

Ultimately, whether a foreign car is better than an American car is up to the prospective buyer and their needs. If you are looking for affordable luxury, a domestic car may be the best choice. If you are more interested in long-term reliability and consistent performance, a foreign car may be a better option. Knowing your needs and your budget will go a long way in helping you determine which type of car is best for you.

What Is The Most Reliable Foreign Car?

So, if foreign cars are known for their reliability, what is the most reliable foreign car? Again, this is a bit of a relative question. One ranking service determines it based on the number of problems per 100 vehicles. According to that ranking system, Hyundai was the most reliable in 2019. If you are defining reliability based upon the best overall brand, then another ranking service came up with a different answer. According to that system, the answer for 2020 was Mazda.

As with any significant purchase, it is always best to be as thorough as possible in your decision making. Reviews and research, as well as conversations with vehicle owners that you know personally, can help you to make an informed choice. Determining what is most important to you will help you decide what reliable means for your needs. 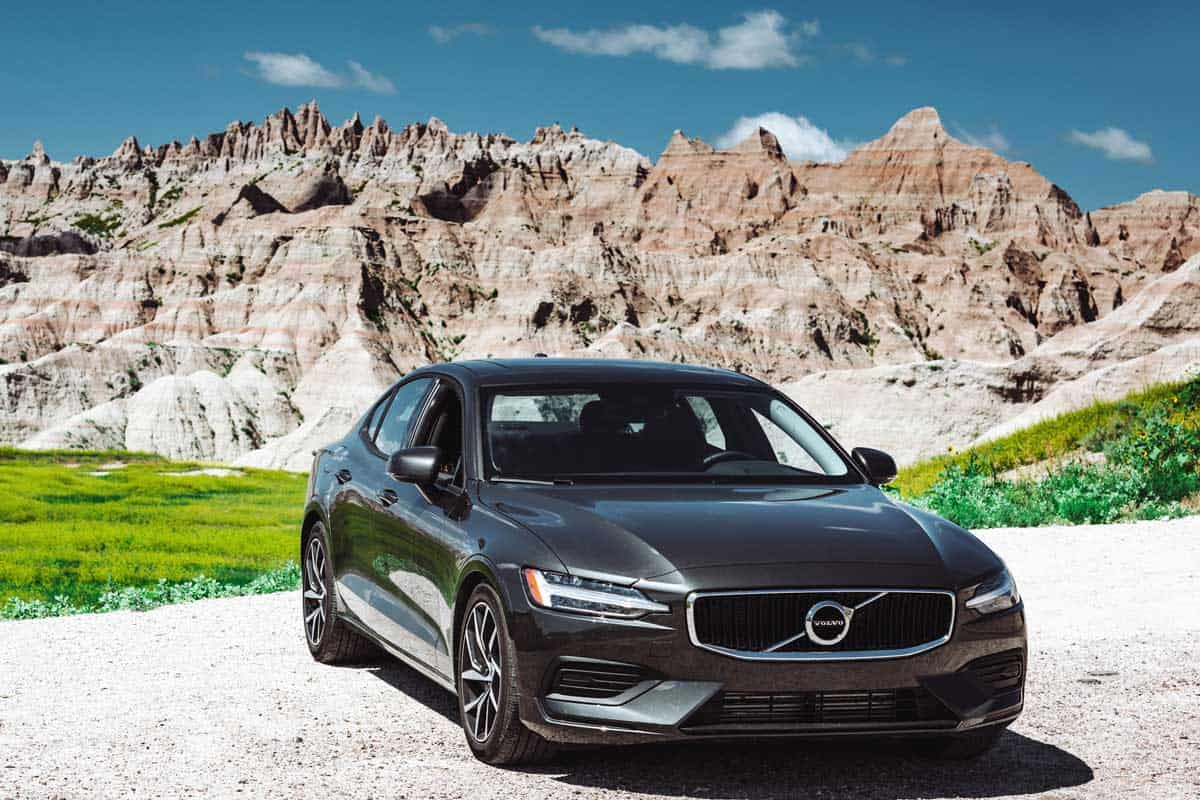 Understanding what a foreign car is can help you choose the right type of vehicle for your personal needs. Hopefully, this post has given you a clear picture of foreign vehicles, what separates them from American cars, and why they may be the right type of car for you.

If you are interested in purchasing or leasing a car and are looking for more information about vehicles, you should check out some of our other blog posts. Some blogs that you may find helpful include:

What Is A Passenger Car?