Front-wheel drive means the front tires pull the vehicle. While it is a standard feature in cars and crossovers, what about in trucks? We've gone through the works of finding out which trucks offer front-wheel drive for you!

There is a limited number of trucks manufactured with front-wheel drive (FWD), but there are options out there. The main FWD truck on the market is the Honda Ridgeline. Newer models of trucks come with features to switch in between all-wheel drive and front-wheel. These trucks are the most referenced:

Due to the need for intense towing capabilities, most trucks are made with rear-wheel drive to push the weight better. Of course, if you need a truck bed without the extra weight, we've gone into detail about how the listed trucks can work for you. Keep reading to find out about the advantages and disadvantages of front-wheel drive. 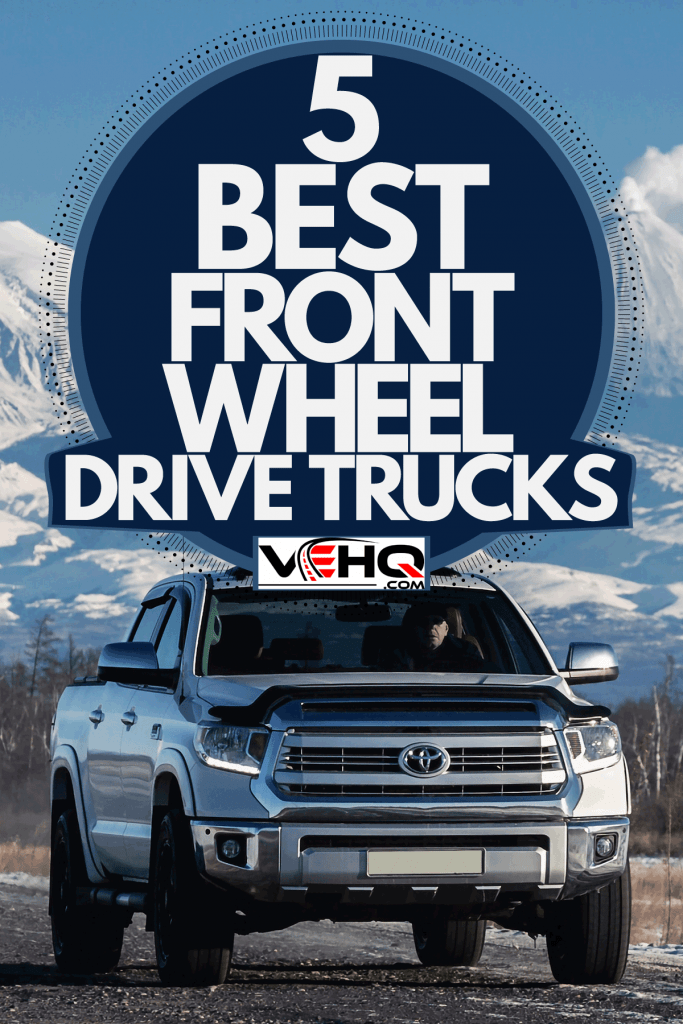 The only current front-wheel drive vehicle being produced, the Honda Ridgeline, is in its own lane. This vehicle is most known for its 2020 model, which out of its four trim levels, the Sport and RTL, are the two standard front-wheel drive models. The 2021 model made a switch to all-wheel drive; however, it is highly anticipated that the 2022 model will be bringing back front-wheel drive as a standard.
Honda made their way into the truck scene in 2006 and have continued to improve the Ridgeline since. Currently, the specs on this pickup include a 3.5-liter V6 engine, accompanied by a 9-speed automatic transmission. It also has its own separate rear wheel suspension to help while towing. Since it is a front-wheel drive, it can only tow between a 3,000 and 3,500 lb capacity. Standing out from typical trucks, the Ridgeline has the most car-like feel to it. There is a spacious cab, better for long hauls, but it is not recommended for off-road usage.
A big selling point for the Ridgeline is that because of the fact it is more car-like, you receive a much smoother ride. Another great feature is that all models are equipped with a built-in lockbox in the truck bed, making it easy to store smaller tools. Ridgelines are a reliable option for someone looking for light towing without the overall weight needed for off-roading. 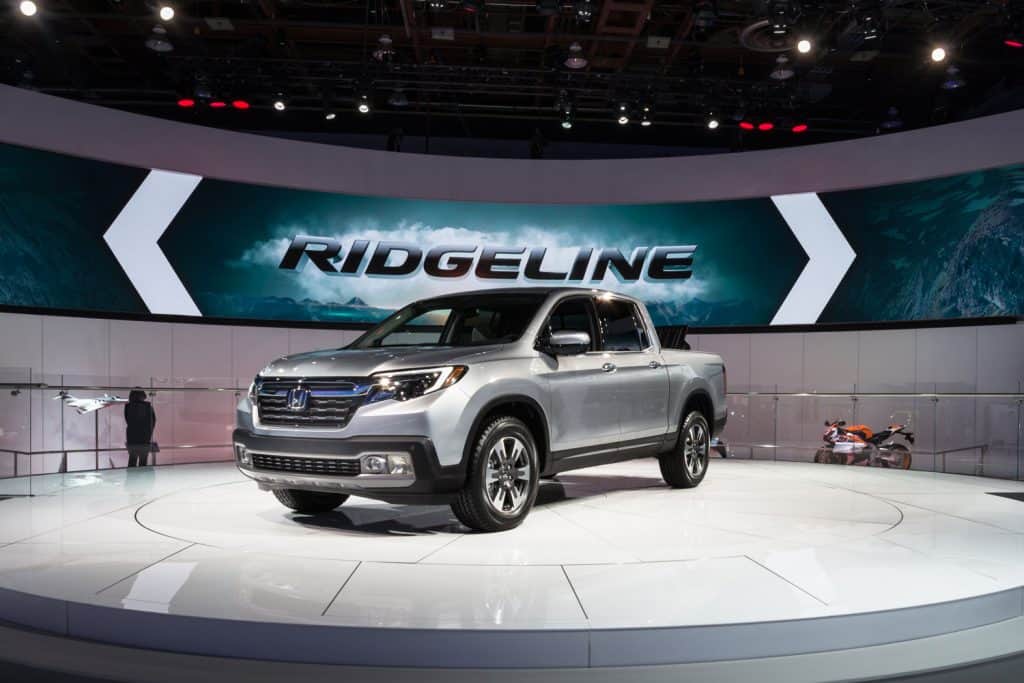 An older front-wheel drive model is the Dodge Rampage, also known as the Plymouth Scamp. This model was short-lived, only being manufactured from 1982 to 1984. It is a small pickup truck, still with the notable two doors but lower to the ground. The earlier models were made with a 4-speed manual mode that later got revamped into a 5-speed. Other models came standard with a 3-speed automatic transmission. Due to its smaller size, the Rampage pulls just under 1,150 lbs.
Dodge Rampages body style can be described as a mixture of the 1970s El Camino and the 1980s Dodge Charger. It has a sleeker design to give you a more aerodynamic allowance while towing heavier loads. The traditional truck feeling is lacking in this car, instead replaced with a more muscle car vibe. However, you still receive cab space and the ability to move larger items.

Another blast from the past, the VW Caddy, known in the United States as the VW Rabbit, was produced between 1978 and 1995. There are multiple re-makes of this vehicle in the Volkswagon circle; they're manufactured as closed in utility vans in the current market. Only two trim levels were made for the Caddy, these being the LX and the Sport truck. In terms of engines, there are two options, the 1.6L Diesel or the 1.7L Petrol. A nice feature of the diesel is that it comes with a 5-speed gearbox. 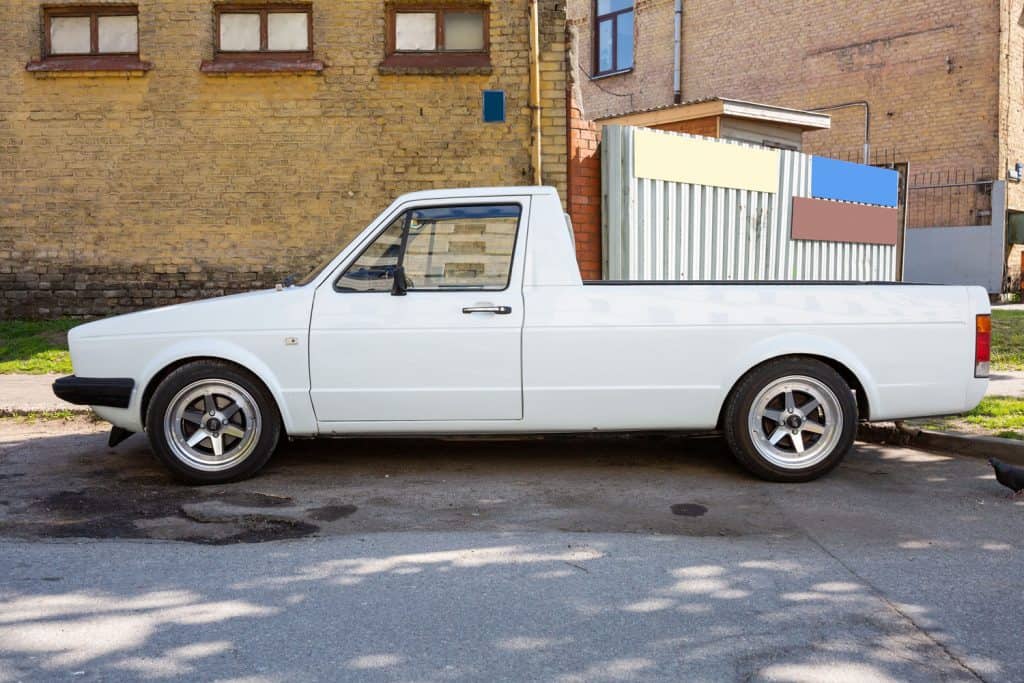 Although these two models, the Tacoma and Tundra, are not standard front-wheel drives, they do come with the option. A bit of a loophole, these two trucks are manufactured as an all-wheel drive vehicle with the feature of Active Traction Control, allowing you to switch into front-wheel drive mode. By including this particular feature, it can be considered the economy setting since the front-wheel drive can save on fuel. While using this setting, it is recommended not to be pulling a heavy load on uneven terrain.

What Are The Advantages And Disadvantages Of Front Wheel Drive?

Just like with any vehicle driving system, it'll have its own advantages and disadvantages. The good thing is that the list is decently balanced between the two. If you're looking for a truck with a front-wheel driv, you will have a hard time. If you're looking for space and very light towing capacity, larger SUVs would be the next best thing.

To begin, front-wheel drive has proven to give you better fuel economy. Not only will that save you money, but the straightforward design of front-wheel drive cars is less expensive to produce and thus more affordable to buy. By having the weight of the engine on the front axels, you'll receive better traction and acceleration control.

On the other hand, due to all the weight being in the front, an event called torque steer can happen. This happens when power distribution becomes uneven and pulls the car harder to one side. You can also face difficulty with U-turns and tight corners with the front-wheel drive since so many mechanical parts are located in the front end. Always give yourself more allowance than assumed when taking a tight turn. Finally, tire changes may be more frequent because only two tires are pulling the car. 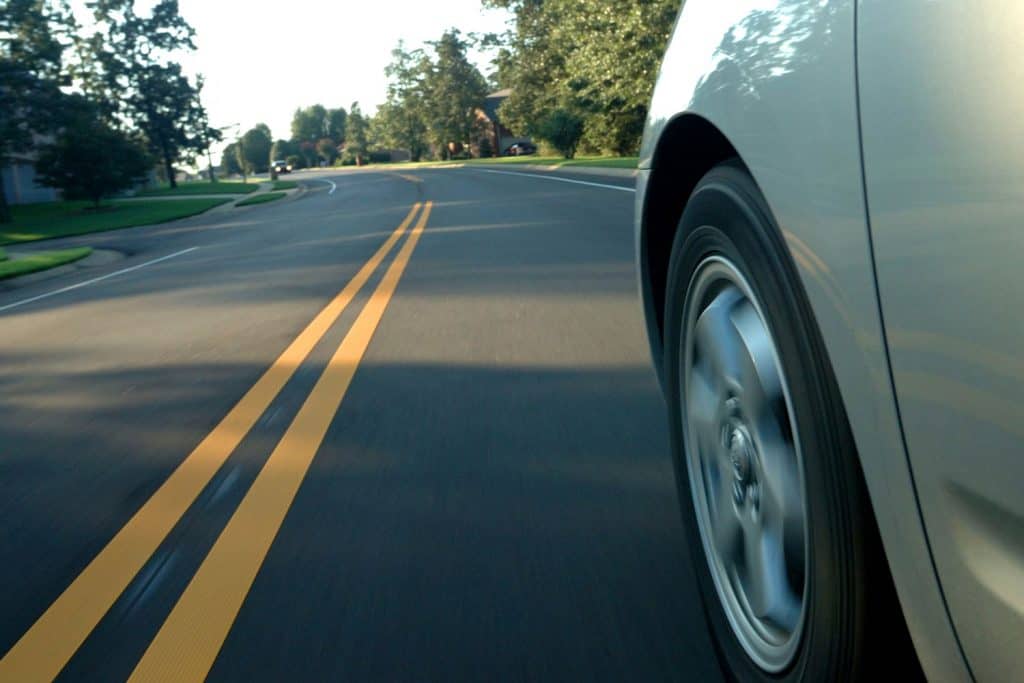 It depends on your lifestyle needs. Front-wheel drive is a standard feature on most regular cars made for day to day usage. If you're using a car primarily to go to and from work, or around town on paved roads, a front-wheel will be the better choice. However, if you're more adventurous and enjoy going on weekend trips to the outdoors, you should consider an all-wheel drive.

All-wheel drive will offer you more terrain coverage. If you live in an area that experiences several types of weather conditions, AWD might end up being the safer pick. Since all wheels are being powered, you'll end up with more traction from the wider coverage. Although AWD vehicles lack in the fuel economy department, they hold much better trade-in value.

Front-wheel cars that aren't handled properly in snowy or wet conditions have the possibility of expensive repairs. AWD vehicles can withstand more stress and in the end, get you more money when you upgrade at a dealership. Vehicles with AWD range from sports or muscle cars, SUVs, and trucks. Keep in mind though that many manufacturers are equipping newer AWD vehicles with a setting for a front-wheel drive as well. 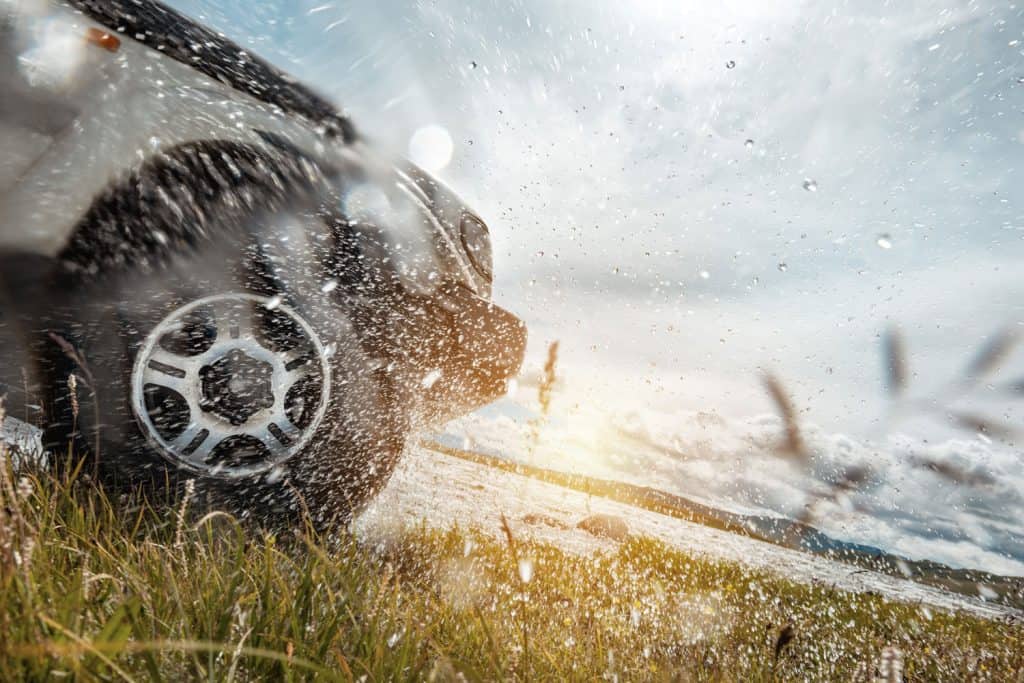 Is It Possible To Convert FWD To RWD?

If there is a car out there you have an absolute need to convert, then yes, it is possible, but deep pockets and patience will be necessary. When front-wheel cars are created, engineers aren't focused on leaving room for modifications. In order to convert your FWD to RWD, you'll need to change the entire rear-end structure of the vehicle. This means taking out the back seats, possibly moving the gas tank, and relocating the brakes.

Choosing to do this conversion yourself will be very costly. You'll be doing a full engine swap, and depending on which engine you want to replace the old one with, there are a few thousand dollars right off the bat. You'll need a lot of time and patience with this project. Don't begin converting your daily driver because it will leave yout without a means of transportation.

The other option would be taking the vehicle to a shop that specializes in modifications. Going to a shop will mean paying their labor and parts prices, and these can vary substantially from place to place. Plus, since you're on their time instead of the other way around, you may not get daily updates, and the process could fall behind schedule.

Instead, purchase a vehicle that is already RWD or all-wheel drive with a setting to go RWD. Not only will this save you time and money, but also the headache that comes with hefty car projects. Again, unless you have time and money to spend, it is not the best choice to convert FWD to RWD.

Fans of front-wheel drive vehicles will be happy to know they don't have to search high and low for an FWD truck. With Honda producing the only current FWD truck on the road, there's just one stop to make. Daily driven cars are more suited to be front-wheel drive since the pulling traction is more fuel economical. Those of you that enjoy going off the paved roads would fare better with an AWD vehicle with controlled handling.

Ready to take a drive? Check out these articles:

What’s The Best SUV For Towing A Travel Trailer? [Including Six Recommendations]