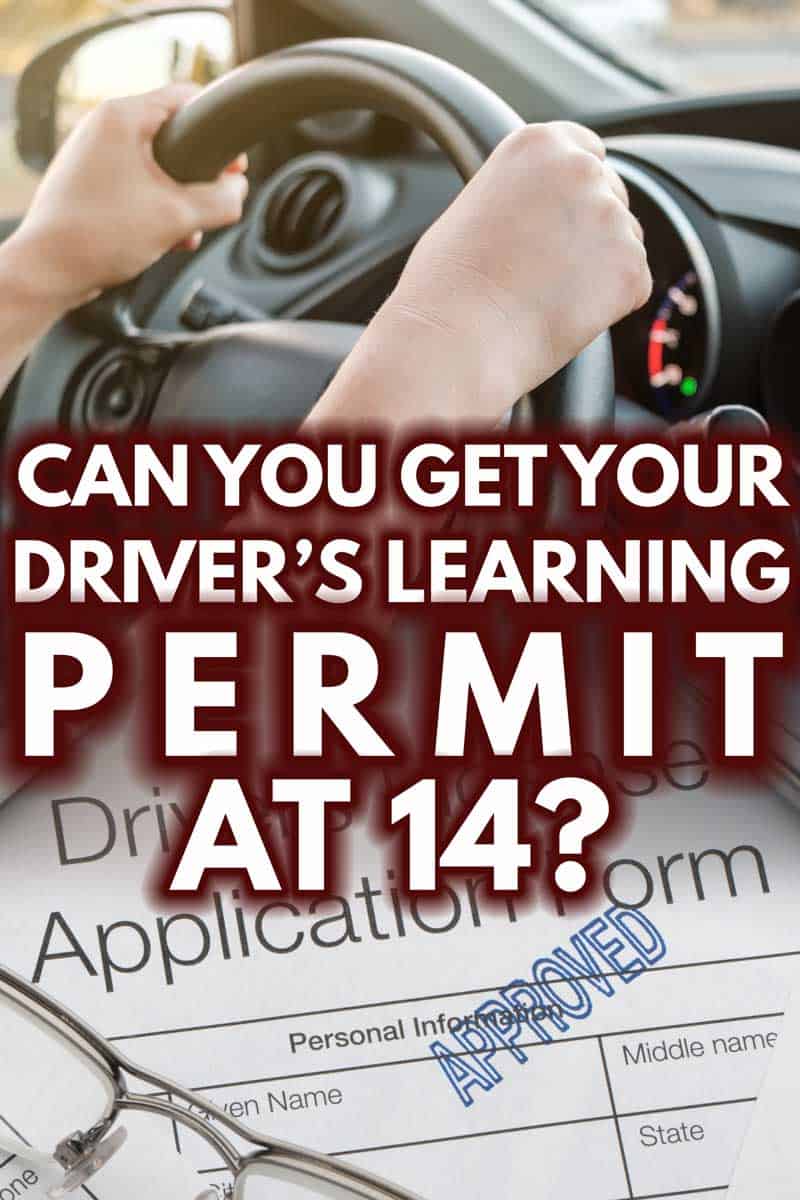 Are you a teen (or a parent of one) who's eagerly ready to hit the road? That's great, but before you chase after that permit, know that there are strict rules regarding young drivers.

It is possible to get a driver's permit at age 14, but that depends on where you live. Only a small few states allow drivers as young as 14 years old. The majority of states have their minimum driving age at 15 or 16. If you live in any of these six states, you should be able to get your permit at the age of 14 -

The process of getting a permit is relatively simple and similar across all states, with just a few minor differences. Continue reading to learn more and to be prepared (or help make your teen ready) for getting your learner's permit.

How Do I Get My Learner's Permit?

Regardless of the state that you live in, you'll need the following items to get a permit.

After filling out the application with your basic information, take that, the necessary documents, and the money for the fees to your local DMV. When you arrive, you'll be asked to take a quick eye exam. If you don't do well, the DMV will note on your future permit that you need eyewear when driving.

Tips Before Taking the Test

Can I Get My Learner's Permit Online?

For most states, you cannot receive your learner's permit online. This is because specific steps to getting your permit have to be done in person, such as the eye exam and taking the written test. You can, however, fill out the driver's permit application online.

Arizona is one of the states that has an exception to this; as of 2018, Arizona launched the "Permit Test at Home" where the parents proctor their teens as they take the test from their computer.

Florida, another exception, allows you to take the test online as early as 14 1/2 years old, but you can't get your permit until 15, even if you pass. You do have the convenience of being able to renew your license online when needed, as well.

Where Is the Youngest Place I Can Legally Drive?

For many states, the youngest you can be to get a permit and drive is 15. However, there are six states where you can be 14 and drive: Alaska, Arkansas, Iowa, Kansas, North Dakota, and South Dakota.

South Dakota has the most relaxed driver laws. Here you can receive a restricted driver's license as early as 14 1/2 years old; that's the youngest you can be licensed to drive in the entire United States of America. In the other five states, you can't transition to license until you turn 16 (except North Dakota, which is 15).

If you live in Connecticut, Delaware, D.C., Kentucky, Massachusetts, New Jersey, New York, Pennsylvania, or Rhode Island, you'll have to wait until you turn 16 to get a permit.

What Are The Limitations Of a Permit?

You won't be able to do as much with a permit as you would with a full driver's license. How limited you are on the road varies by state. Below are the general rules for driving with a learner's permit for any state:

New York state has quite a few additional restrictions for permits issued there. According to their DMV website, holders of a learner's permit can't drive around a New York City park, on any bridge or tunnel that's part of the Trip-borough Bridge and Tunnel Authority. Or on the Cross County, Hutchinson River, Saw Mill River, or Taconic State parkway. Additionally, New York won't allow you to drive at all if you're under 16. Holding a permit from a different state doesn't bypass this law.

In California, the licensed driver has to be 25 instead of 21 if anyone else in the car is under 20 or are driving after 11 p.m.

Florida only allows learner's permit holders to drive during daylight hours, or until 10 p.m. if it has been three months since getting the permit.

Texas won't promote your permit to a provisional license if you're under 18 and haven't taken a state driver's ed course. Even if you're switching permits from another state, you have to hold a Texas permit for six months, then take a driving course.

Despite the many limits young drivers have to face on the road, there are some occasions where you can still drive despite the limitations mentioned earlier.

For example, in Texas, there is something called a hardship license. With this, a driver under 16 years old can get a license in one of these three conditions:

Young California drivers can bypass some restrictions if a signed note explains one of the following conditions:

Is a Learner's Permit Considered a State ID?

Some states' driver permits are a piece of paper certifying that you're able to drive, and some provide an ID card similarly resembling a full driver's license.

Generally, your permit can't be considered a state ID if it doesn't have your picture (and possibly a signature).

However, this won't be the case if you need to file taxes. According to Turbo Tax, you can use your learner's permit to e-file your taxes. Just select "driver's license" and enter your driver's permit number.

As eager as you (or your teen) may be to drive, you may have to keep being patient. If you live in one of the six states that allow 14-year-olds to get permits (AK, AR, IA, KS, ND, SD), then get to studying for that permit test.