Many GMC Acadia owners have been reporting problems with this vehicle model for years. One of those issues is the vehicle not going into gear. So what could be wrong with it if this problem appears? We researched to find the answer for you, and here’s what we found.

The problem of a GMC Acadia that won’t go into gear typically stems from an underlying cause. These sources could be faulty parts, such as the gear shift lever and indicator. For instance, the 2009 Acadia might display an incorrect gear reading, preventing the vehicle from accelerating or increasing rollaway risks.

It’s also important to mention that other GMC Acadias may encounter similar problems. Other Acadia units might also experience issues from other parts, such as their electronics and airbags. Continue reading as we talk about these concerns in greater detail. 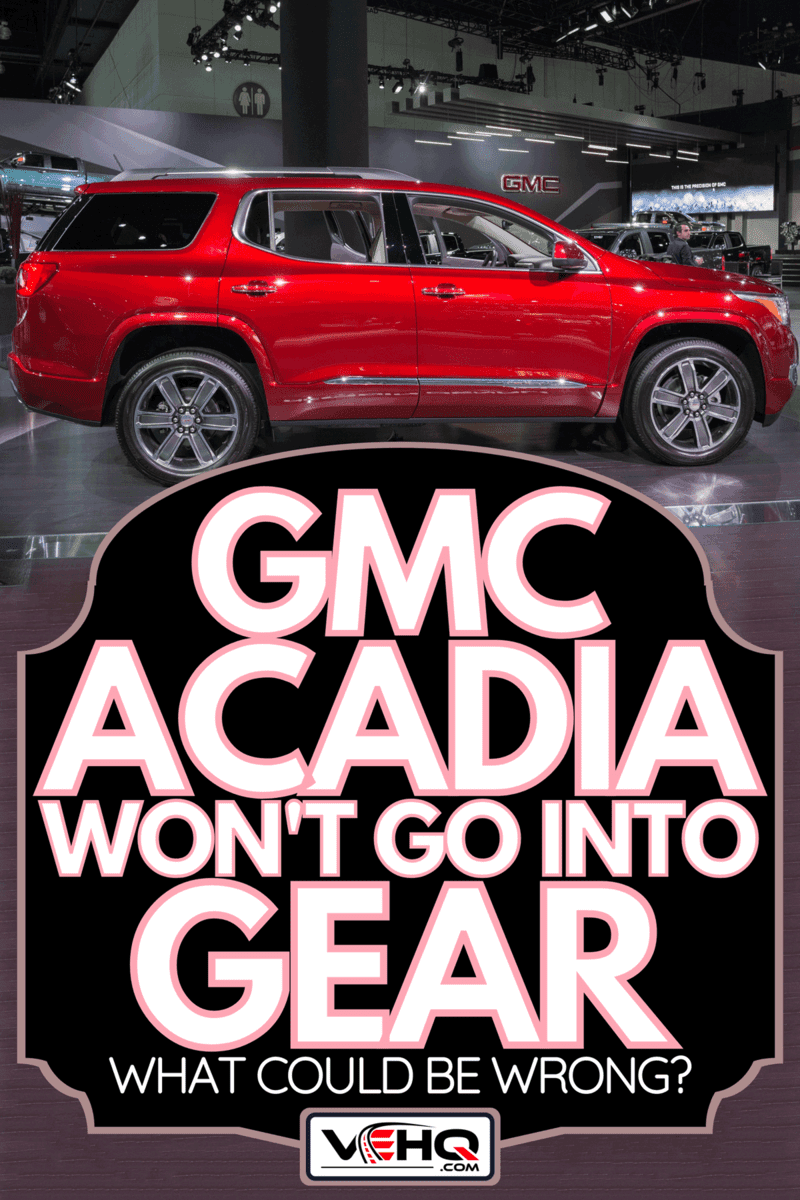 What Transmission Problems Do GMC Acadias Have?

Multiple GMC Acadias across the years have encountered different transmission problems, including some that don’t go into gear. The manufacturer also issued some recalls in the past to help owners correct these issues. 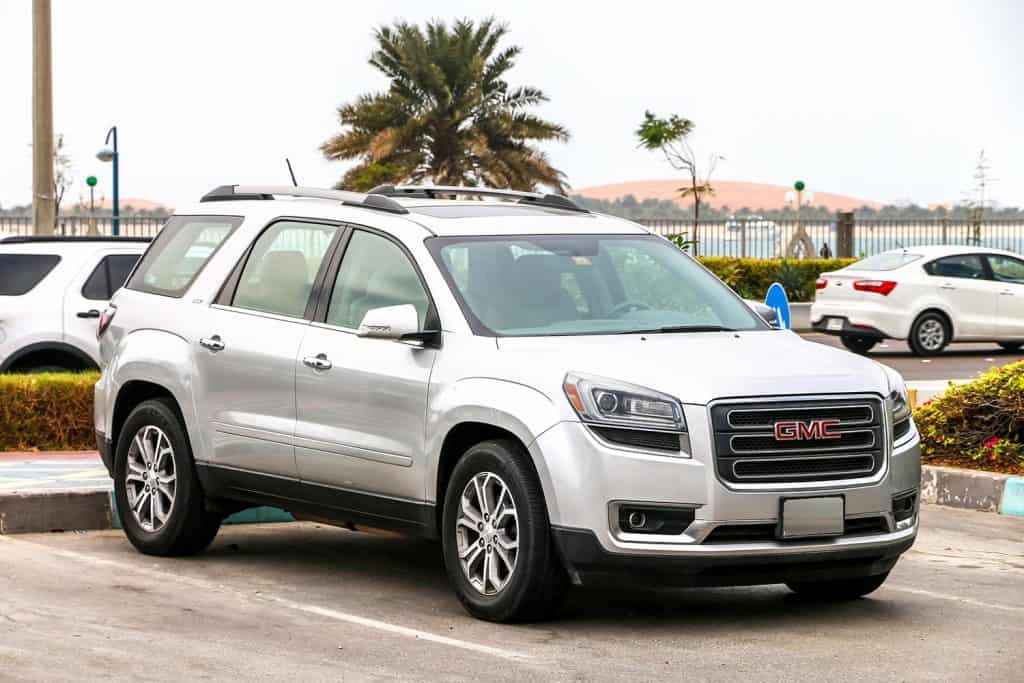 Some of the recalls, causes, and potential solutions related to different Acadias’ transmission issues include:

Some 2009 GMC Acadias experienced a loosened transmission shift cable adjustment clip. This issue led to the car's gear indicator displaying the incorrect gear. The company notified owners about this problem back on March 15, 2009.

If left unchecked, the car can roll away. In other words, since the vehicle displays the gear incorrectly, it might not be in Park (P). So, the offending vehicle can become the precursor to injury and/or property damage. Otherwise, the offending 2009 Acadia won’t accelerate because of the incorrect reading.

The number of 2009 GMC units found and recalled because of this concern was over 270,000. This recollection of 2009 GMC cars included the Pontiac G5, G6, and the GMC Acadia.

Among the different GMC Acadias made, the 2012 model is one of the versions plagued with numerous recalls. As for the transmission of this particular automobile, it can present users with delays in shifts, grinds or jumps during acceleration, and unknown noises from underneath the hood when attempting gear changes.

The National Highway Traffic Safety Administration (NHTSA) issued recalls because of these problems, including:

Check out these windshield wipers for the GMC Acadia on Amazon.

Aside from these issues, GMC and the NHTSA issued another recall for the 2012 version of the Acadia because of its airbags. This time, the side-impact airbags, along with the seat belt pre-tensioners, may not deploy in the event of a crash. If these components malfunction during a vehicular incident, they increase the risk of injury to both the driver and the front-seat passenger.

Certain 2014 GMC Acadia units encountered a problem wherein the transmission shift lever detaches from its cable adjuster. The malfunctioning shifter won’t display the correct gear, leading to an unintended rolling away. The rolling away may also occur even if the shifter is in the correct position.

Aside from the 2014 Acadia, other vehicles made within the same year include the Buick Regal, Enclave, and Chevrolet Impala. GMC advised owners of these automobiles to send the units back to the carmaker for the company’s crew to repair and replace the necessary parts.

How Do I Fix My Acadia’s Shift To Park Problem? 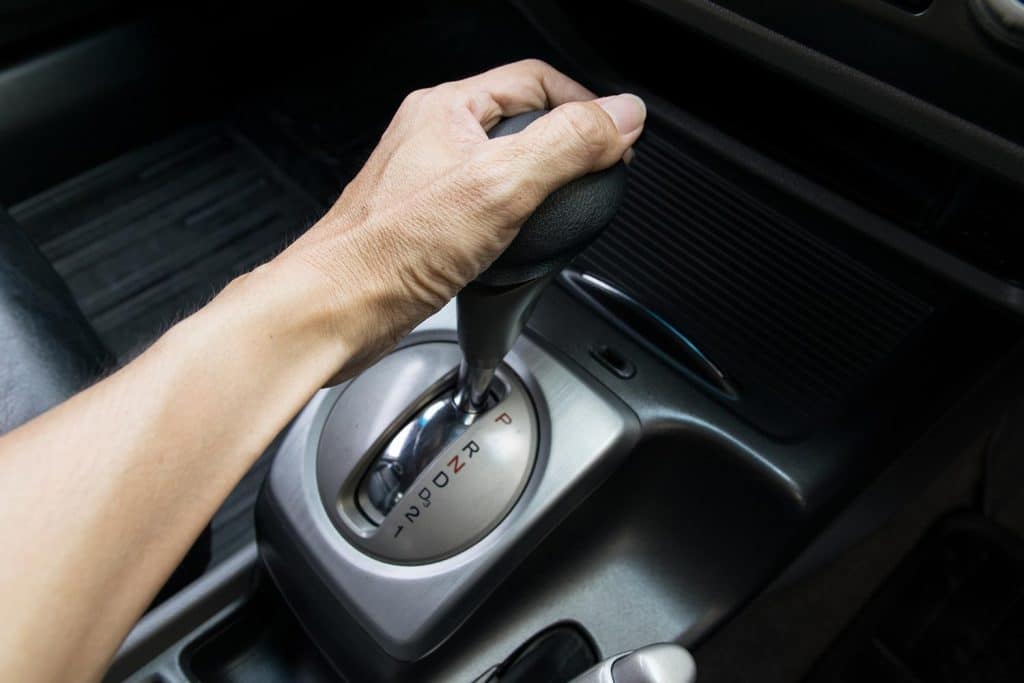 Oftentimes a GMC Acadia, especially the car's 2017 version, will show a 'Shift to Park' error message on the dashboard's display. That faulty indicator will even show when the automobile is already in Park (P).

A possible reason behind this problem is that the gear shift lever continues to press the shift switch when turning the vehicle's transmission from Drive (D) to Park (P). The error message appears because the switch doesn't retract after returning the shifter to Park (P).

Here are the steps for a quick DIY solution to help solve this issue:

Keep in mind that the gear shift lever has wires in it. Haphazardly removing it by applying more force than necessary may damage the shifter’s electronics, resulting in more expensive repair costs. So call for certified car repair professionals instead of attempting this DIY fix if you feel you’re not confident in attempting this quick fix.

Additionally, you can watch the video below for additional insight on how to remove the ‘Shift to Park’ error message on a GMC Acadia.

What Year Acadia Has Problems?

Among the different GMC Acadia models made at the time of writing, interested buyers might want to think about avoiding the following units:

Many owners of the GMC Acadia 2008 reported transmission problems appearing around the 75,000-mile mark. Certain members of the automobile community reported that these issues would typically start appearing when:

Generally, many cars need to have their routine maintenance at least once per 30,000 miles. However, the problems appearing on the 2008 Acadia degraded its value, reducing its resale price.

The 2013 GMC Acadia also saw some problems that the company may have overlooked before releasing the car to the public market. These concerns include (but may not be limited to):

Owners that report these problems before their cars’ warranty periods expire may take advantage of the coverage to mitigate or eliminate parts repair and replacement costs. However, 2013 Acadia owners that no longer have warranties for these vehicles should prepare to spend about $7,000 to fix or replace faulty parts. 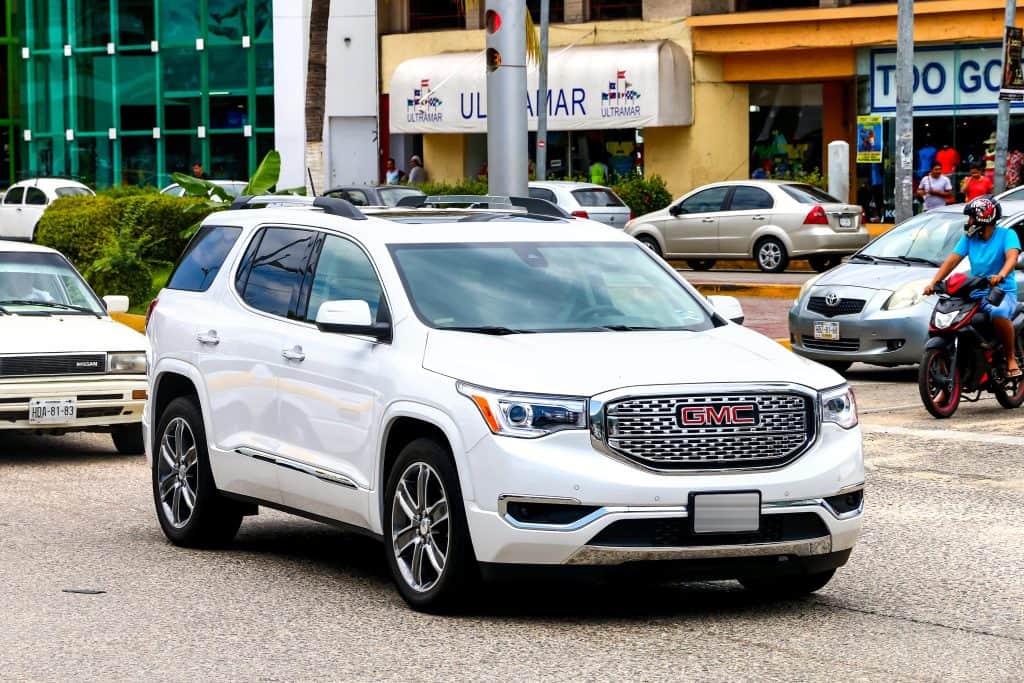 The 2017 GMC Acadia was also a host to a slew of problems from its different parts. For instance, some users complained that their 2017 Acadias encountered the dreaded ‘Shift to Park’ problem.

That error message appears when the vehicle’s onboard software fails to distinguish if its transmission is in park or not. A ‘Shift to Park’ error also means that the car will activate its safety features, preventing the user from turning off the automobile’s electronics.

Wiggling the gear shift stick several times may not solve the problem. GMC took note of the issue and released a bulletin stating the problem.

Again, the carmaker issued a bulletin highlighting this concern. It also tells customers that re-flashing the vehicle’s software may solve the problem.

Certain members of the automobile community agree that the 2008 GMC Acadia is the worst model when compared to the rest of its class. It has many transmission issues, which increase repair costs and reduce the overall mileage of the vehicle. Sellers may find it tougher than usual to put this vehicle on the market because of these concerns.

Some GMC Acadia units may not go into gear because of shift lever issues. Other Acadia models may encounter these problems because of faulty switches in their gear shift levers. These issues, along with other concerns, forced the American automobile maker to announce recalls on several Acadia units.

Also, check out these similar posts to know why other vehicles aren’t going into gear:

Hyundai Veloster Won’t Go Into Gear—What Could Be Wrong?

Fiat 500 Not Going Into Gear—What Could Be Wrong?

I have a 2017 GMC ARCADIA; this car won’t shift gears. It’s my understanding that this car has many issues. I have experienced issues with the horn, electrical problems (radio powers off/ unable to adjust sound), car unable to shift gears. This vehicle has 74,000 miles this should not be happening. Please advise.

I have a 2018 GMC ACADIA DENALI with 30,000 miles and all of the sudden my right rear turn signal starts flashing fast and if I put the car in park it will become stuck in park. This will be the 3rd time I have to take it to the dealer to get it fixed.

I have the exact same issue with my 2017 Acadia. In the shop for the 3rd time to try and get it fixed.