Taking to the road for the first time in your own vehicle is freeing and exhilarating. Whether you're a teenager getting your first car, a parent searching for your teenager's first car, or someone who started driving later in life, you're undoubtedly wondering about the ideal price range for a first vehicle. You're in luck because we did the research to bring you the answer.

How much you should spend on a first car largely depends on your income and stage of life. But in general, a first car should cost between $5,000 and $15,000, with the $10,000 to $15,000 range offering the most value. This price range will typically ensure that the car is mechanically sound and reliable without breaking the bank.

Here are some used vehicles that make great first cars ranging from sedans to SUVs and the current market value of each:

If you still have some questions about picking out a great first car, don't worry. In this post, we'll discuss the topic at length. We'll also talk about whether a first car should be new or used and at what age a teenager should get a car. Without further ado, let's get into it! 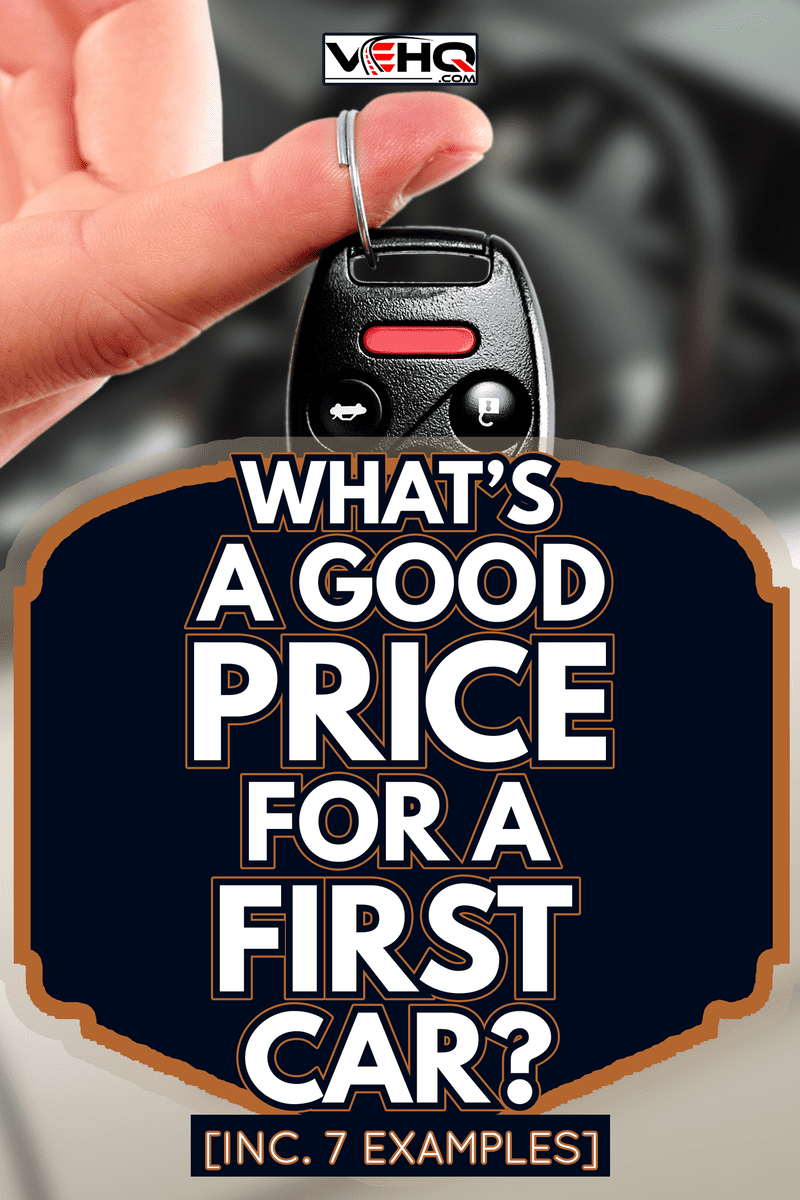 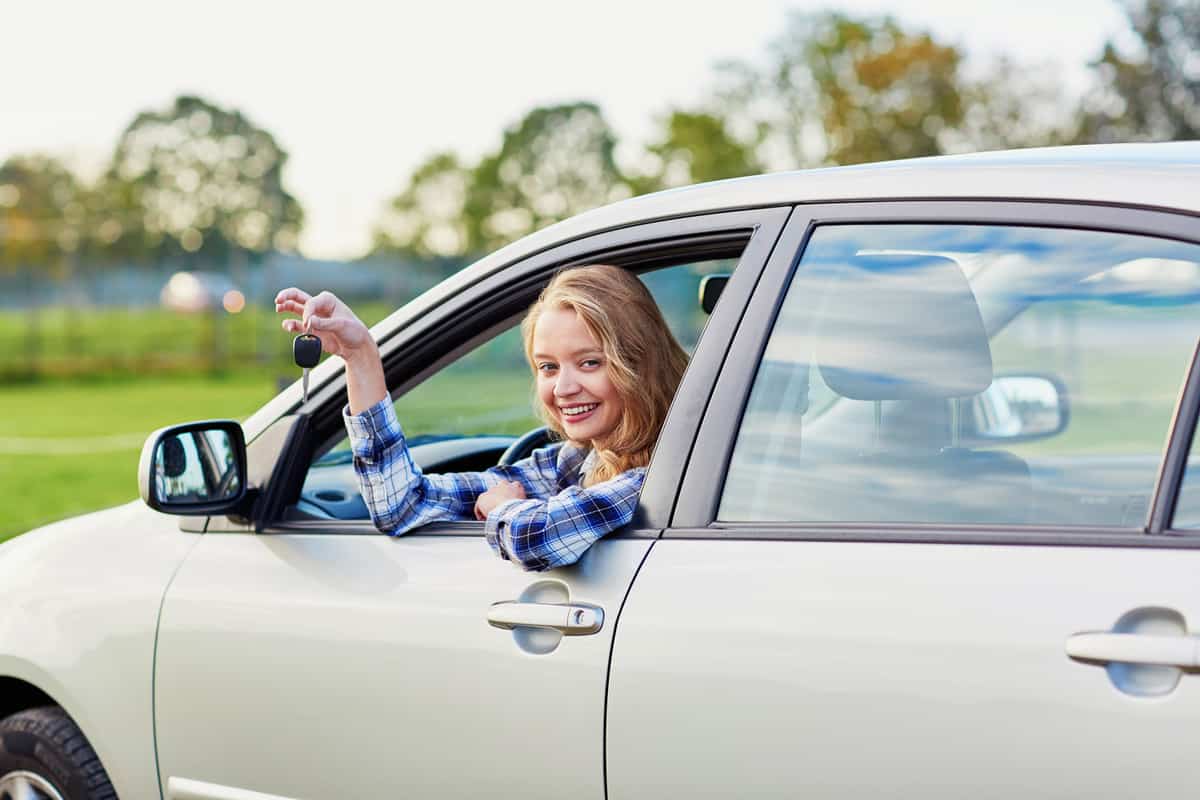 If you talk to anyone who has been driving for some time, they no doubt have fond memories of their first car. One's first car is significant because it embodies the freedom of the open road.

When it comes to picking out a first car, reliability, safety, and price are the top considerations. Though budget for a first car depends on one's income and life stage, $5,000 to $15,000 is a good range for the average person's first car.

This price range will typically eliminate junker vehicles that have severe mechanical issues, and the range is wide enough to include a wide variety of quality vehicles.

And on that note, there are a few vehicles that have earned a tried-and-true reputation as fantastic first cars for new drivers.

But before we get into the details of each vehicle, it's worth noting a few things:

The Toyota Camry is perhaps the most reliable sedan in automotive history. The Camry is a no-nonsense vehicle from a form and function standpoint. It gets great gas mileage, and it has a great track record of reliability. On average, you can expect to pay $13,500 for a used Camry.

The Nissan Altima is another tried-and-true sedan from a reputable manufacturer. If you're looking for a reliable, classy sedan, consider the Altima. On average, you can expect to pay $12,400 for a used Altima.

The Honda Civic is one of the most common sedans out there. Known for Honda's outstanding reliability, the Civic is an excellent choice for a new driver. On average, you can expect to pay $14,600 for a used Civic. 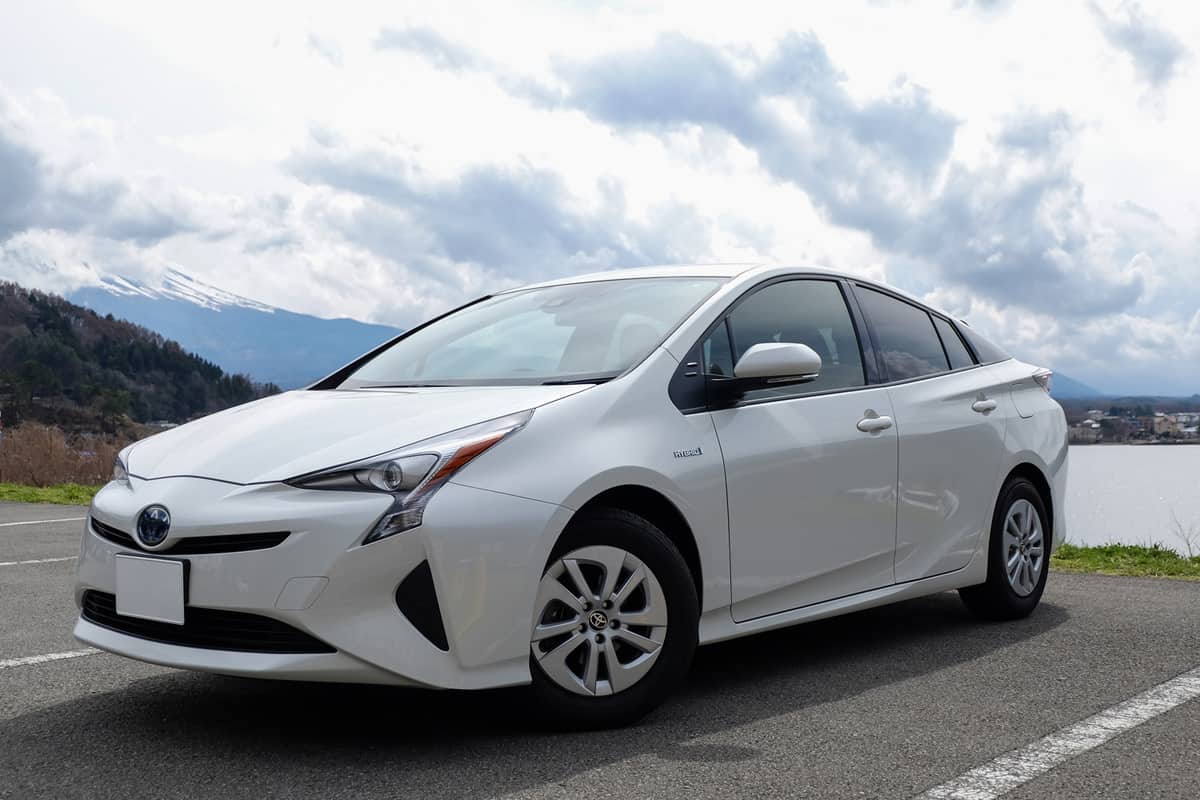 The Toyota Prius has become quite popular due to its excellent fuel economy. The Prius has been around long enough to make finding a great deal on a pre-owned model a breeze. On average, you can expect to pay $14,200 for a used Prius.

The Subaru Outback is a reliable vehicle perfect for all kinds of adventures, both on and off the road. On average, you can expect to pay $14,000 for a used Outback.

Though this average cost slightly exceeds the range mentioned earlier, it's worth noting that pickup trucks are available in a wide variety of configurations, so the cost of a pickup truck can vary more than the cost of other types of vehicles.

The Ford Escape is another great choice for a first car. It boasts many of the perks of an SUV, but it isn't too big, making it the perfect option for an inexperienced driver. On average, you can expect to pay $12,300 for a used Escape.

Should Your First Car Be New Or Used? 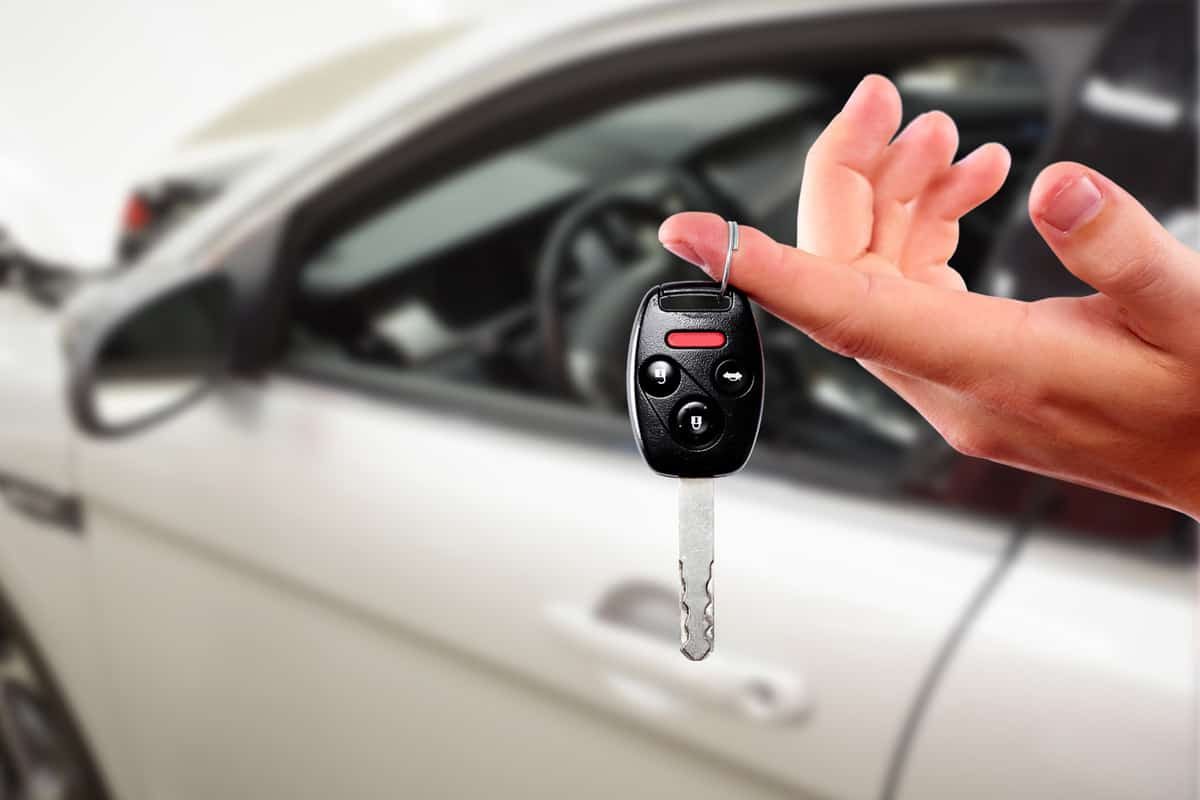 The price range mentioned earlier inherently precludes new cars, as used cars are generally preferable when it comes to a first vehicle. Again, budgets widely vary, but for the average new driver, used is definitely the way to go.

Used cars are more affordable than new cars. Since the majority of new drivers are teenagers who are inexperienced behind the wheel, it makes the most logical and financial sense to get a used vehicle, ideally one that has already gone through its period of massive depreciation.

Additionally, a first car is exactly that—a first car. New drivers tend to only hold onto their first car for a few years before getting a newer vehicle. So, it's most prudent to buy a used, less expensive car to avoid taking a significant financial hit when it comes time to trade it in for a newer car.

What's more, one's first car serves as their gateway into the world of driving. A first vehicle will help new drivers build confidence and master the road.

During this confidence-building period (the first few years of driving), fender-benders and other small incidents are likely to lead to cosmetic damage. For this reason, it simply doesn't make sense for a new driver to get a brand new car.

At What Age Should A Teenager Get A Car? 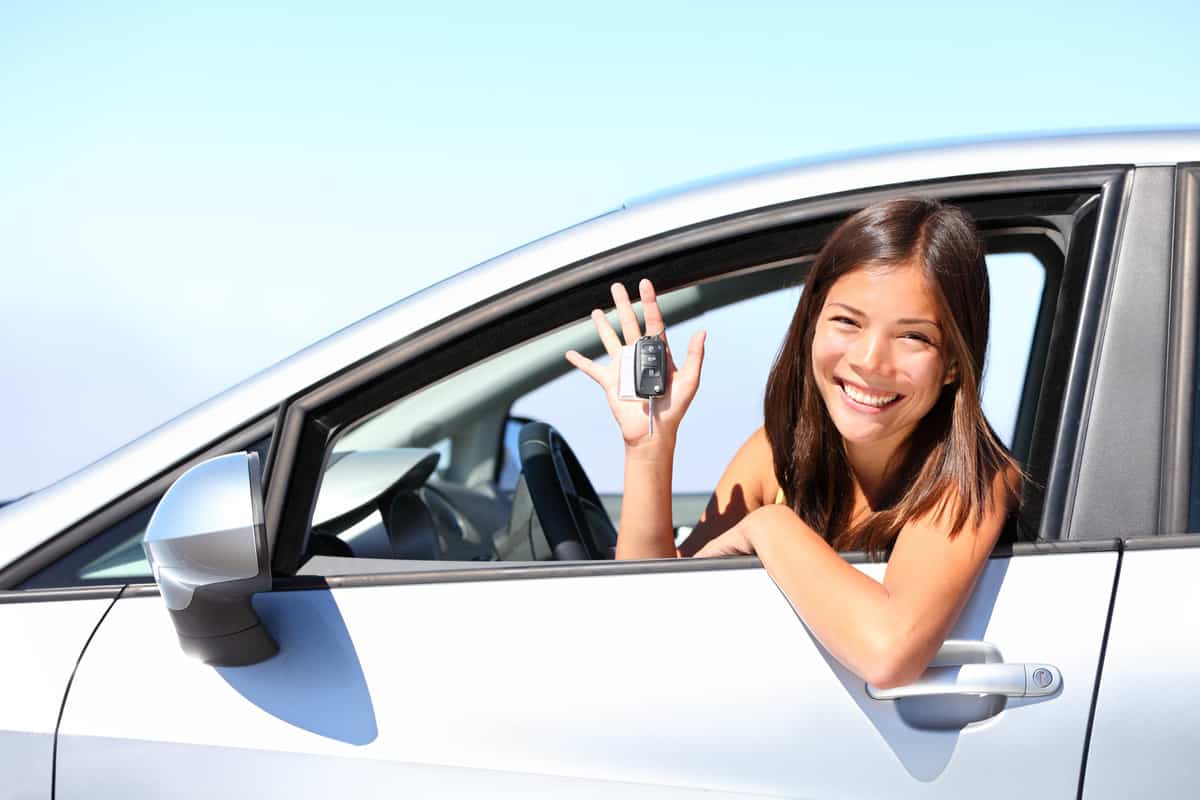 Teenagers can get their driver's license at 16 (in most states, with some exceptions), but at what age they should get a car is a separate matter. The age at which a teenager should get a car largely depends on how mature and responsible the teenager is and the financial situation surrounding the purchase. In addition, family needs come into play as well.

Let's take a closer look at how these factors.

At 16, your teenager might very well be mature enough to handle having their own vehicle. Aside from the freedom of one having their own car, there are other responsibilities associated with vehicle ownership such as maintenance.

Before a teenager gets a car, it's important that they demonstrate that they can stay on top of the maintenance schedule for a vehicle.

Once your teenager has demonstrated enough maturity to have their own car, you also need to consider the financial situation surrounding a car purchase.

There are several different philosophies when it comes to teenagers and buying cars. Some parents buy their teen a car, while some teens have to save up money to at least have a partial stake in the car purchasing decision.

Regardless of the approach you choose to take, the important thing is to ensure that the purchase will not cause financial hardship for anyone. 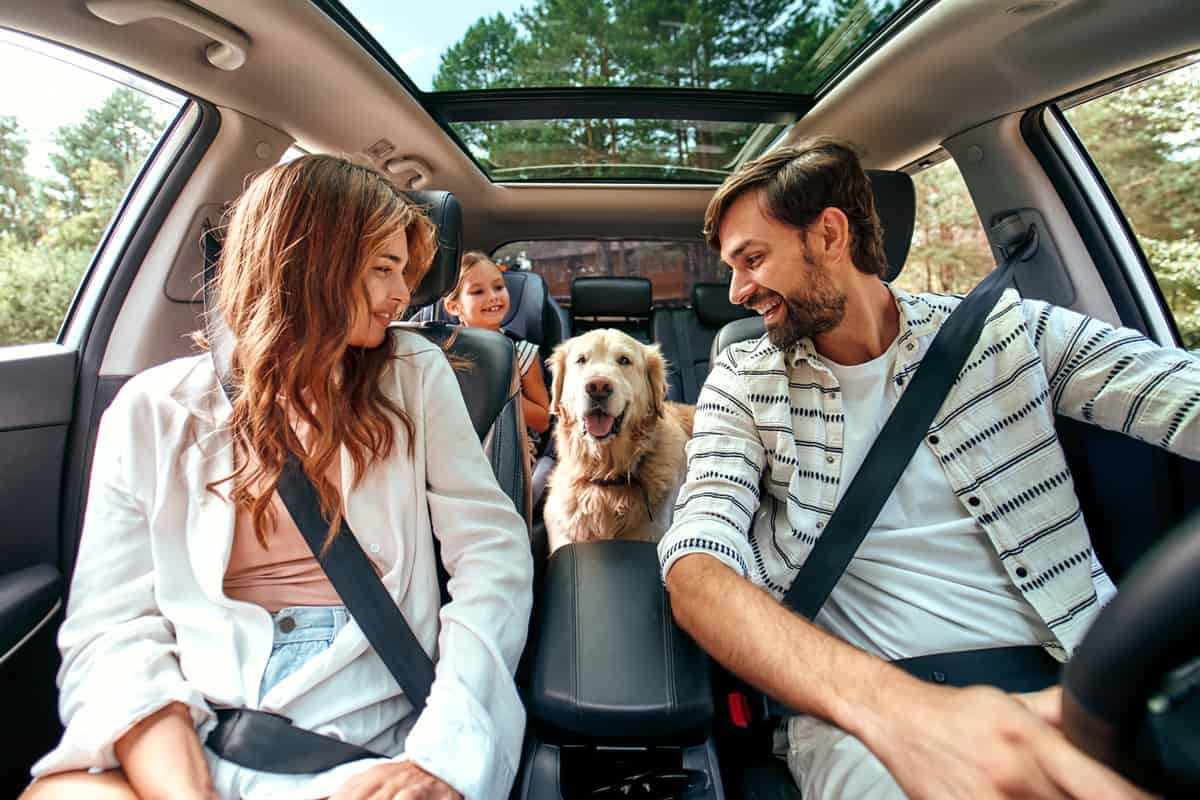 We hope this guide has given you a better idea of what you should expect to pay for a first car. Again, only you can determine your budget, but generally speaking, a great first vehicle can be found for $5,000 to $15,000.

If you're a new driver, be sure to take a look at these other guides before you go:

Why Is Driving So Hard? [And 7 Ways To Make It Easier]

How To Drive On The Highway Without Fear

How Often Should You Wash Your Car?