Charging a Harley Davidson’s battery should be part of the motorcycle’s routine maintenance. But the battery isn’t charging and you’re left wondering what could be wrong. So we researched this concern for your convenience, and here’s what we found.

First, test your Harley Davidson’s battery and troubleshoot its surrounding assemblies and parts to find the source of it not charging. Take note that this problem may come from different sources, such as a bad rectifier, a stator failure, or a worn battery.

You should keep reading as we talk about these potential culprits in greater detail. We'll also tackle some techniques you may use that might solve this issue.

Why Is My Harley Davidson Motorcycle Not Charging Its Battery? 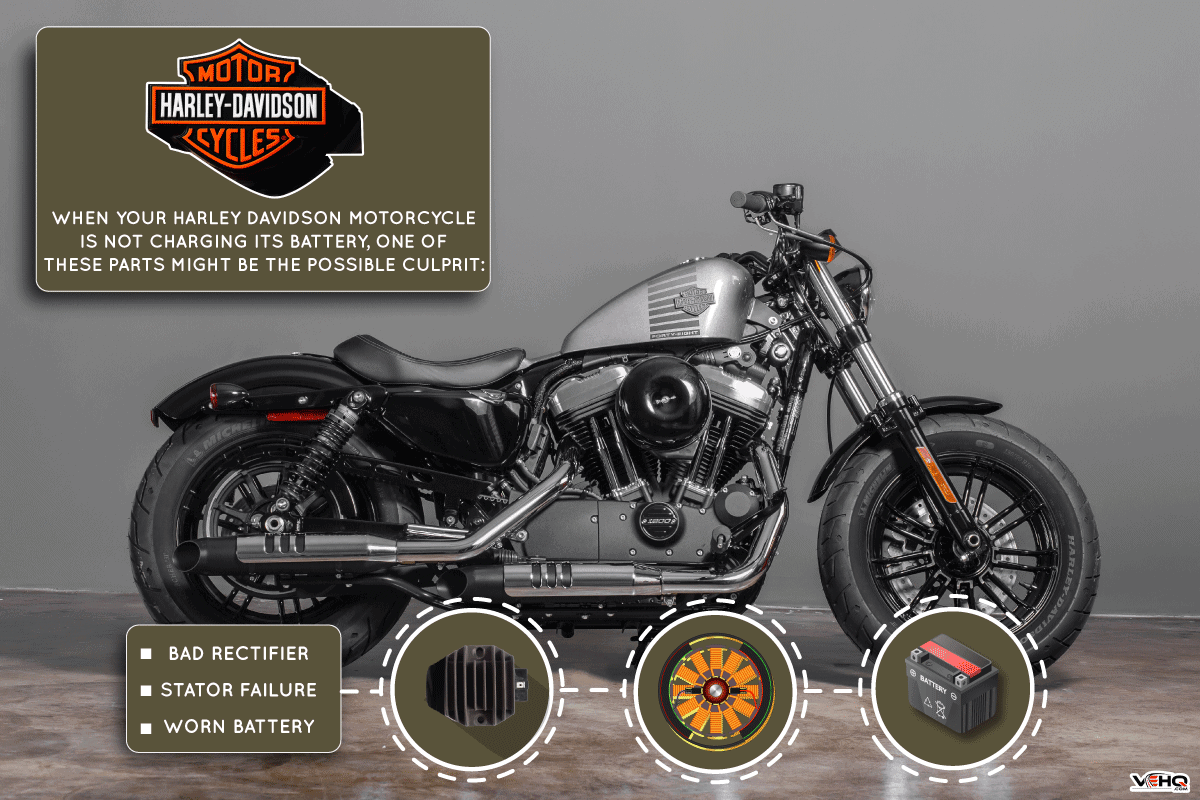 Take note that Harley Davidson motorcycles, along with many other motorcycle models, use a permanent magnet alternator. This assembly connects with other components to charge the vehicle's batteries.

That means that one of these parts might be the possible culprit of a Harley Davidson battery not charging. So continue reading to take a deeper dive into these potential culprits: 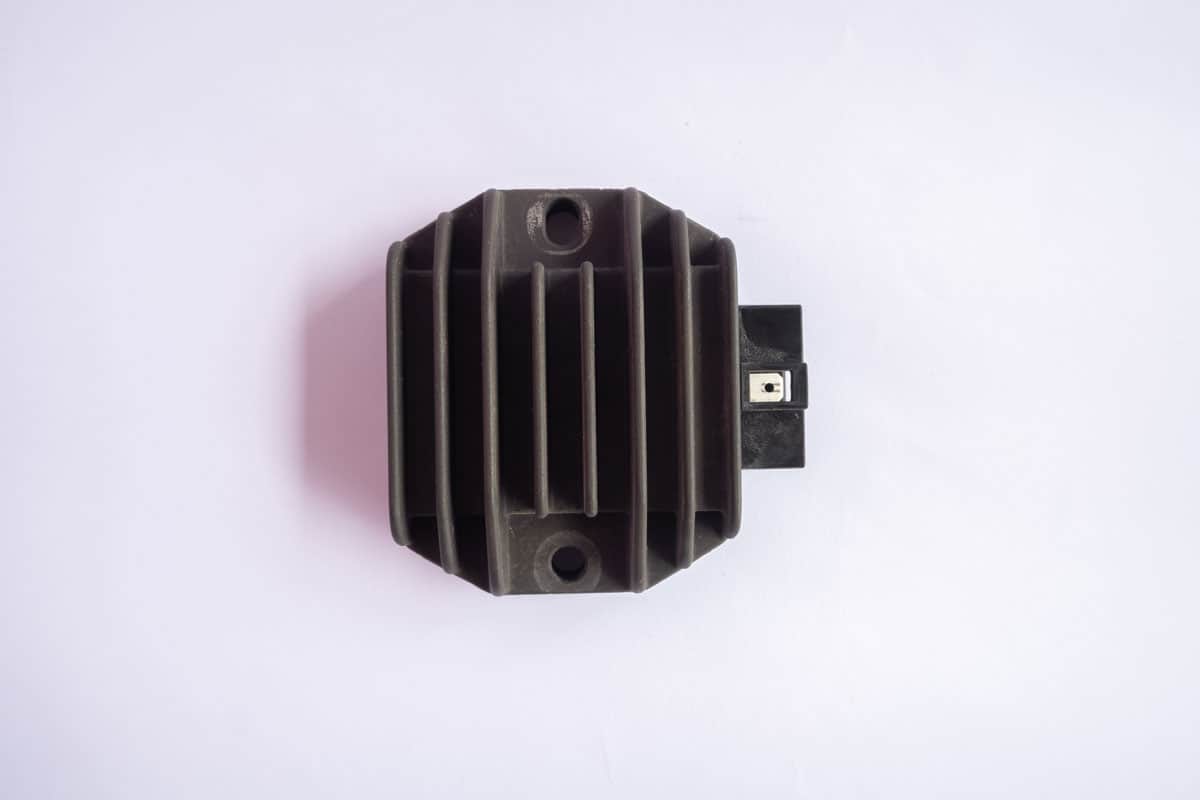 Also called a regulator, a motorcycle rectifier is responsible for converting the alternate current (AC) supplied by the stator to direct current (DC). It does this by removing the elements in the AC so the only component in the current is the DC, which the motorcycle's battery can use.

A bad rectifier may not be able to convert AC to DC energy, resulting in the Harley Davidson’s battery charge failure. The cause of this breakdown or malfunction can come from different sources, such as poor grounding or a weak or worn connection.

Apart from the motorcycle’s battery not charging, other signs of a bad rectifier or regulator are: 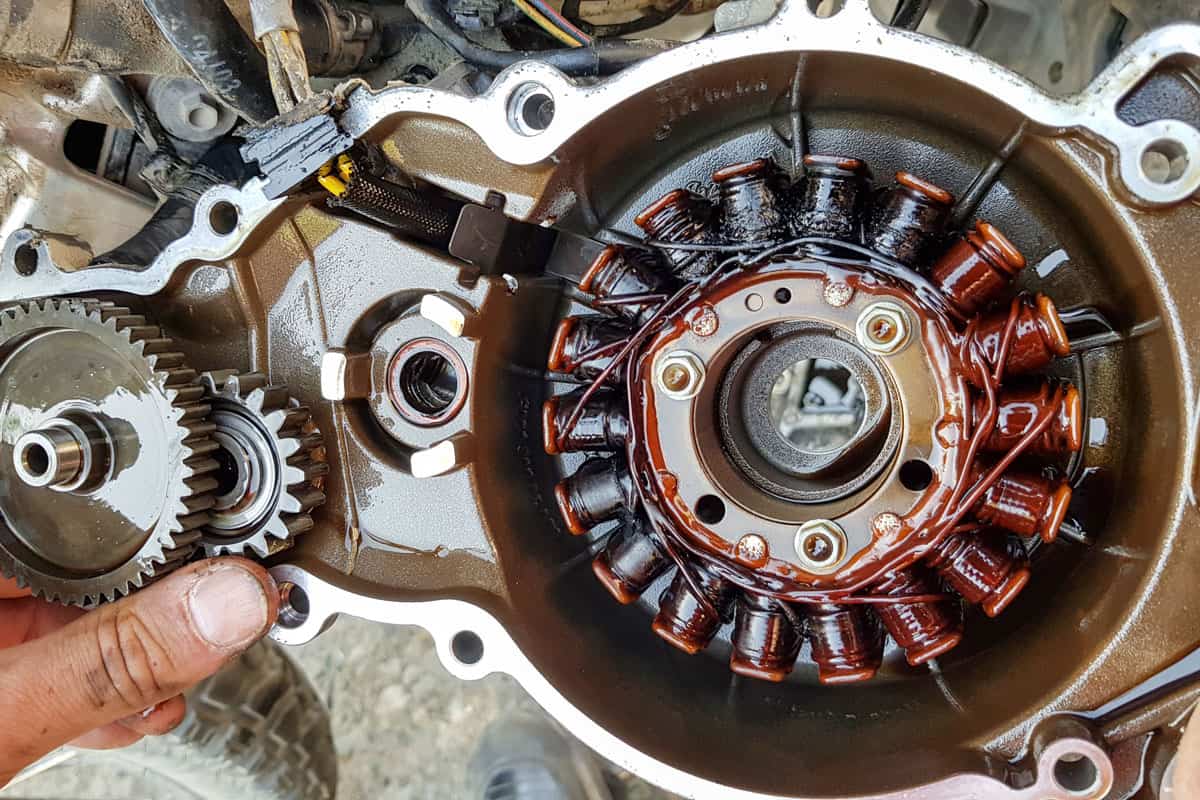 The stator functions to remove the unwanted elements from the leftover AC picked out from the rectifier. It’s also responsible for maintaining a sufficient charge in the motorcycle’s battery. So if this assembly fails, the battery can’t retain a reasonable charge, leading to its quick depletion.

Now, a motorcycle stator may fail because of reasons like unwanted heat buildup or physical harm to the assembly. Take note that replacing it might be a better solution than attempting temporary repairs on it.

Aside from the rectifier or the stator, it can also be the motorcycle battery that's at fault for not being able to hold a sufficient charge. You should also be on the lookout for the signs of a worn Harley Davidson battery, like:

How Do You Test A Harley Davidson Battery? 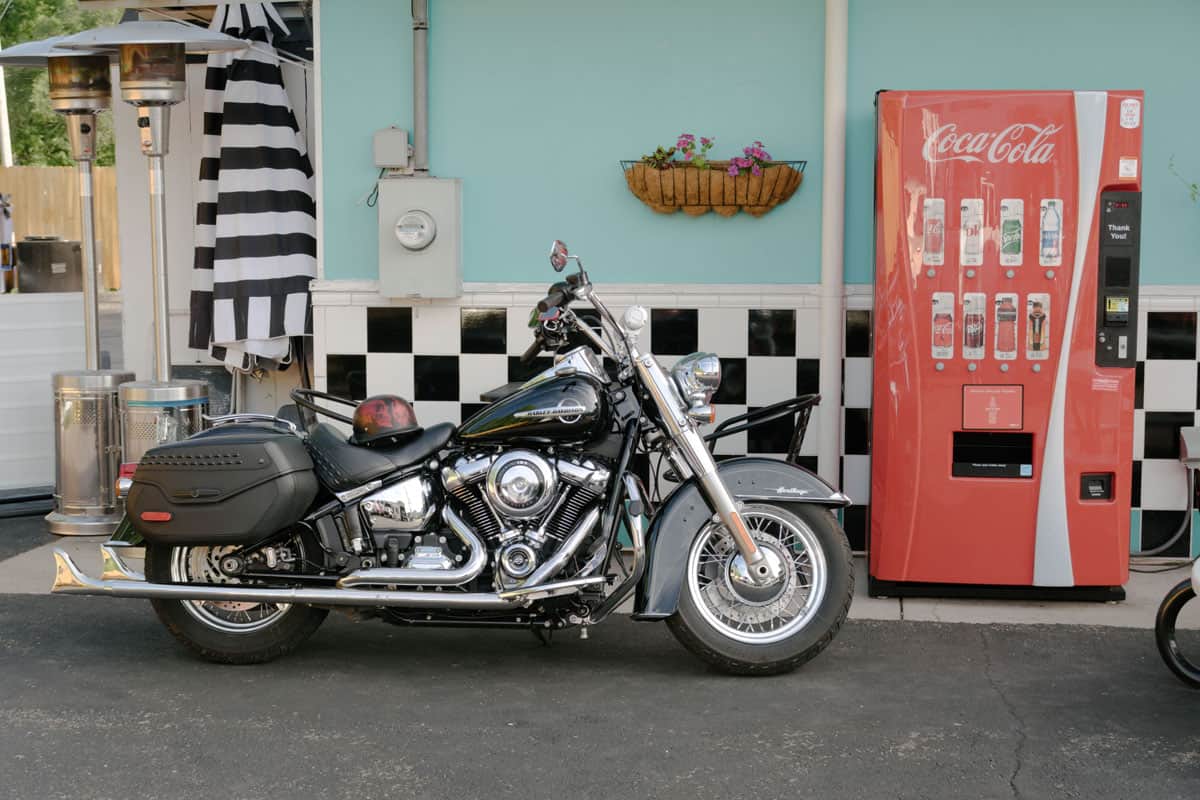 Testing a Harley Davidson battery may help you in finding the main reason why it’s not charging. The following are the general steps on how to complete this task:

Check out this multimeter on Amazon.

If the reading on the multimeter displays around 12 volts, the motorcycle's battery might not be the cause of the issue. Instead, check the rectifier and stator if one of these assemblies is the reason why the battery isn't charging.

Watch this video below if you need a visual guide to the steps mentioned above:

How To Replace A Harley Davidson Rectifier?

Before you proceed with this task, ensure that the replacement rectifier you purchased (or are about to buy) is compatible with your specific Harley Davidson model. Don't attempt to install an incompatible regulator on your motorcycle. Otherwise, additional problems may arise.

Nonetheless, replacing a regulator or rectifier on a Harley Davidson is generally a DIY-friendly task. That means that you may not need professional services to complete this job without significant risks of making mistakes.

So continue reading to know the steps to this procedure:

Check out this replacement rectifier for select Harley Davidson motorcycles on Amazon.

Check out the short clip below to see a visual representation of this procedure:

How Do I Install A New Motorcycle Battery For My Harley Davidson? 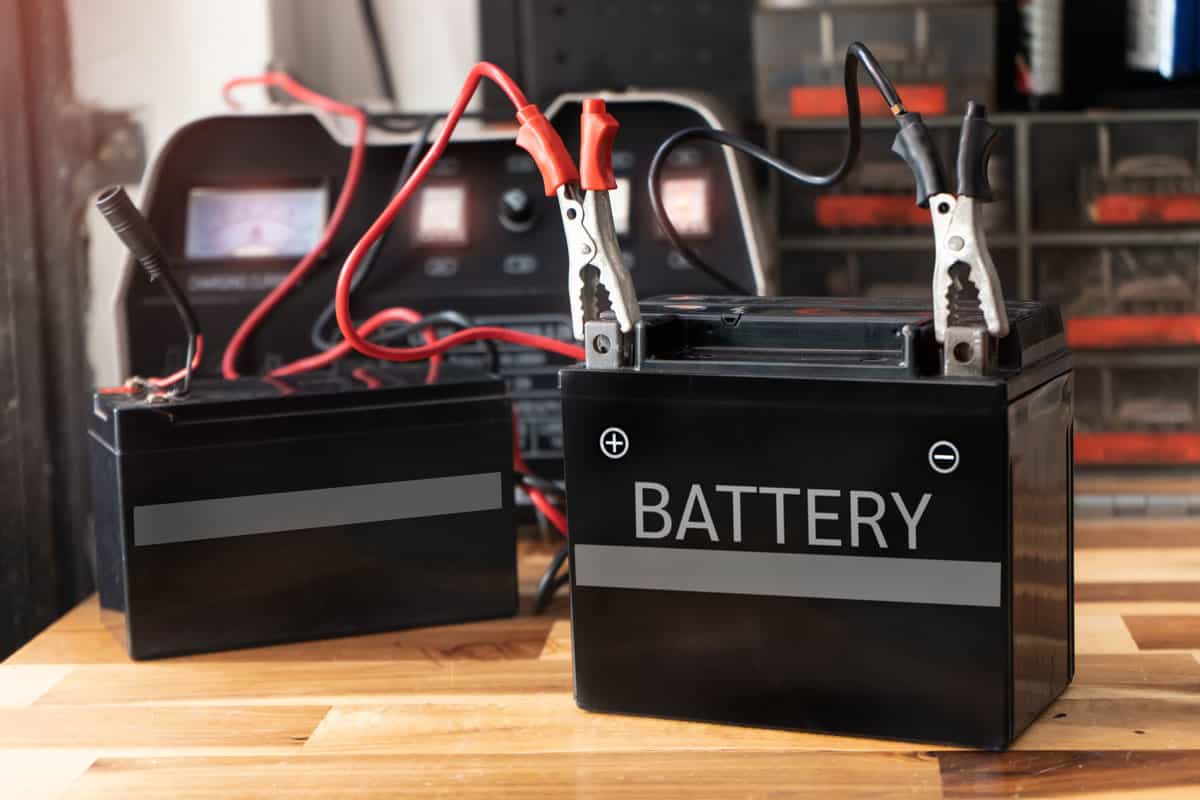 First, make sure that you're about to install the correct motorcycle battery for your Harley Davidson. Take note that you generally have two options for this procedure: lithium-ion or lead acid. Watch the video below for an explanation of which battery to choose for your motorcycle:

Once you purchase the correct motorcycle battery, continue this procedure by following these steps:

Watch the video below to gain additional insights into this battery replacement job:

How Much Does It Cost To Replace A Harley Davidson Battery?

Replacement batteries from Harley Davidson have a price range of $89.95 to $299.95 at the time of this writing. You might be able to save on installation costs by installing the battery using DIY methods. Otherwise, prepare to spend extra cash to pay for professional motorcycle battery installation services.

Should I Charge Or Replace Harley Davidson Motorcycle Battery? 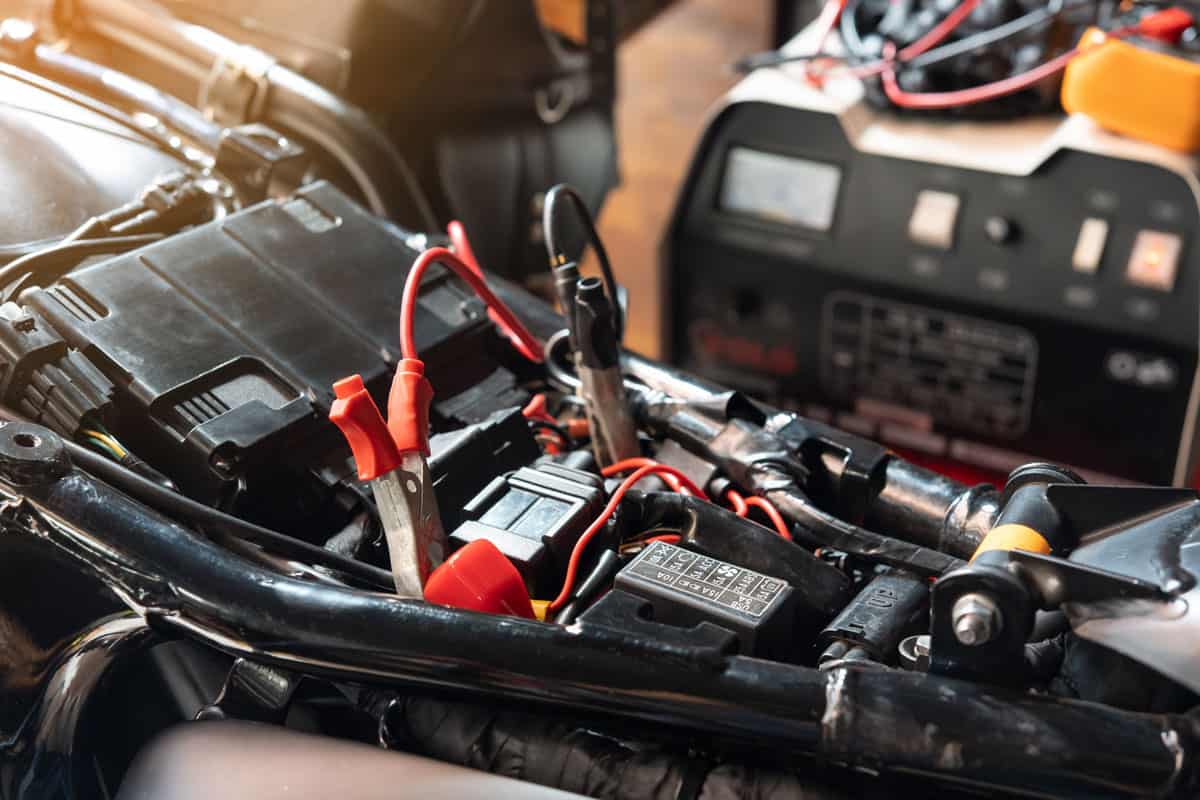 Try to charge the battery on your Harley Davidson to see if it can hold that charge. Then, wait for about 30 minutes so you can test the battery with your multimeter.

If the battery’s charge only falls slightly, you may only need to charge it longer than usual. However, if the charge falls significantly, it might be best to replace the old battery with a new unit.

Check out this replacement Harley Davidson motorcycle battery on Amazon.

Watch the video below to learn more about this particular topic: 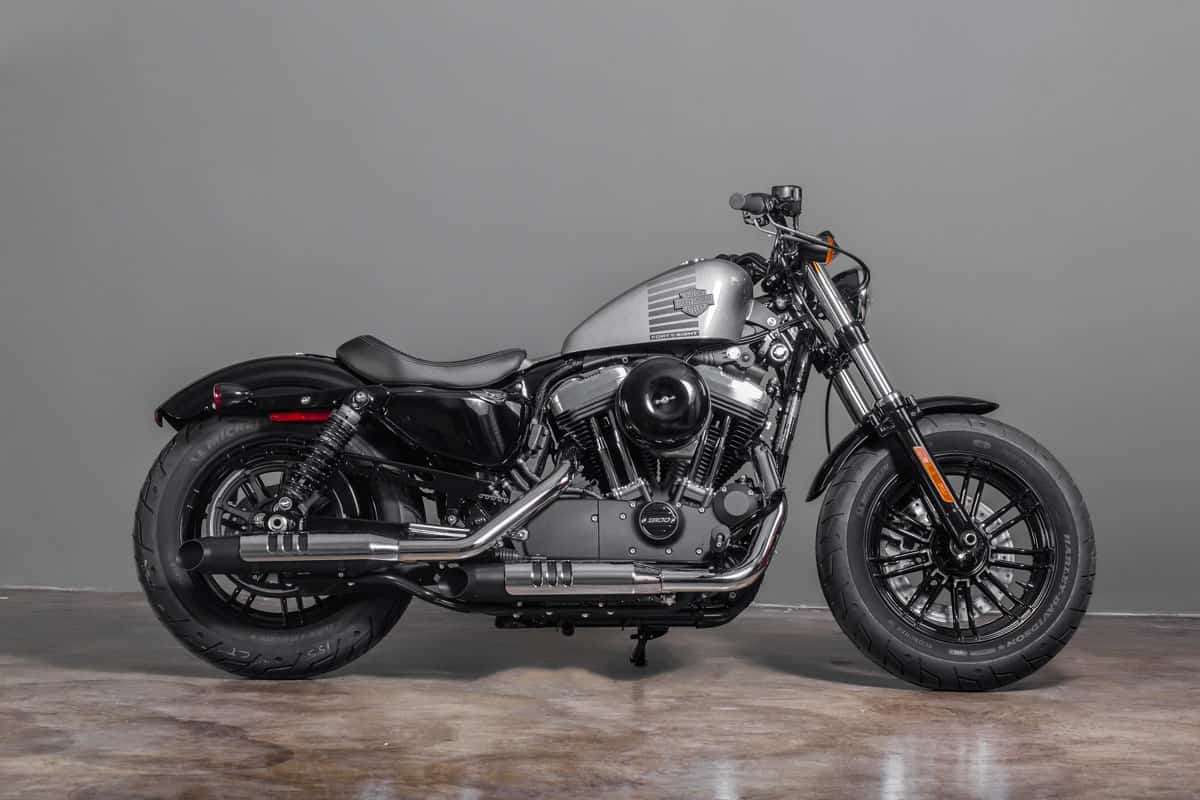 Remember, park your Harley Davidson motorcycle in a safe spot for you to troubleshoot it. Find the main reason why its battery isn’t charging. Then, use the appropriate solution based on your findings to fix the problem at its source.

If you’re looking for answers to other Harley Davidson-related concerns, check out these other great posts:

Harley Davidson Is Not Starting, Just Makes Clicking Noise – What Could Be Wrong?

Why Does My Harley Davidson Alarm Keep Going Off?