A Honda Accord that won’t shift out of park typically occurs because of fairly minor faults. However, these incidents can still be quite cumbersome to many drivers. So what can you do if your Honda Accord is stuck in park? We researched for you and consulted with experts to give you the following answer.

The steps to remove a Honda Accord's shifter from park depend on the source of the problem. But drivers can move their cars' gear shifts from the parked position by following these steps:

1. Remove the small cover near the ‘P’ in the change gear area. 2. Insert and maintain pressure in the hole with a key or screwdriver. 3. Keep the object pressed into the hole while moving the shifter away from park.

Take note that returning the shifter to park after doing those steps will return it to its stuck state. Honda Accord owners should have their automobiles checked and serviced to ensure the problem won’t resurface. Keep reading as we talk about the reasons why a Honda Accord’s shifter gets stuck in park. We’ll also discuss the ways to release the vehicle from park in greater detail. 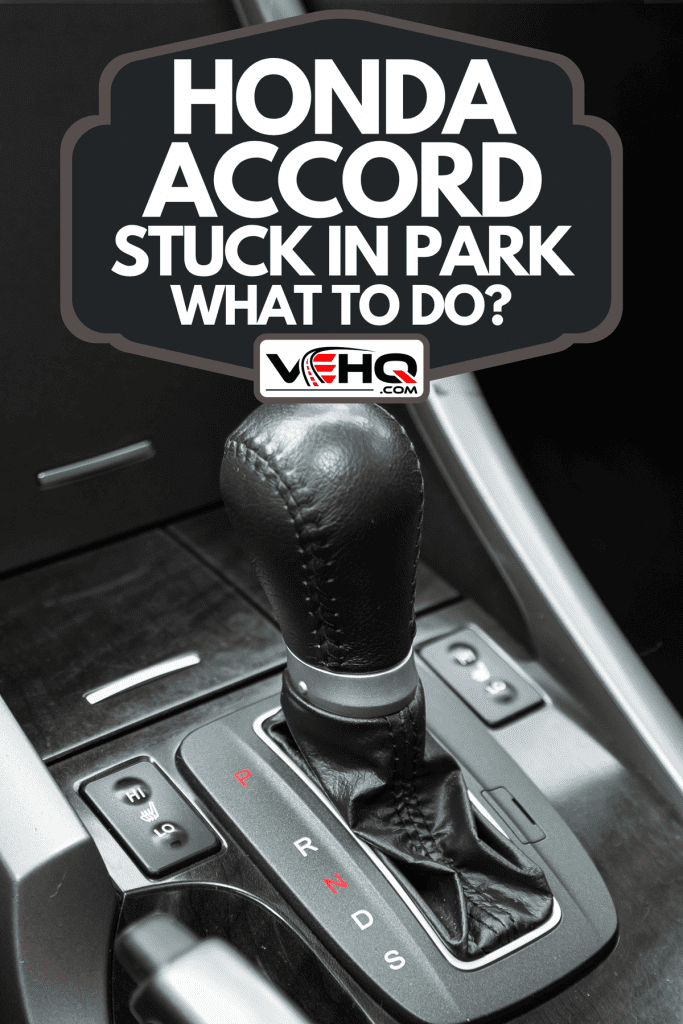 Why Is The Transmission On My Honda Accord Stuck In Park?

Honda Accords can encounter stuck transmissions, and these issues can happen primarily because of three main reasons, which are: 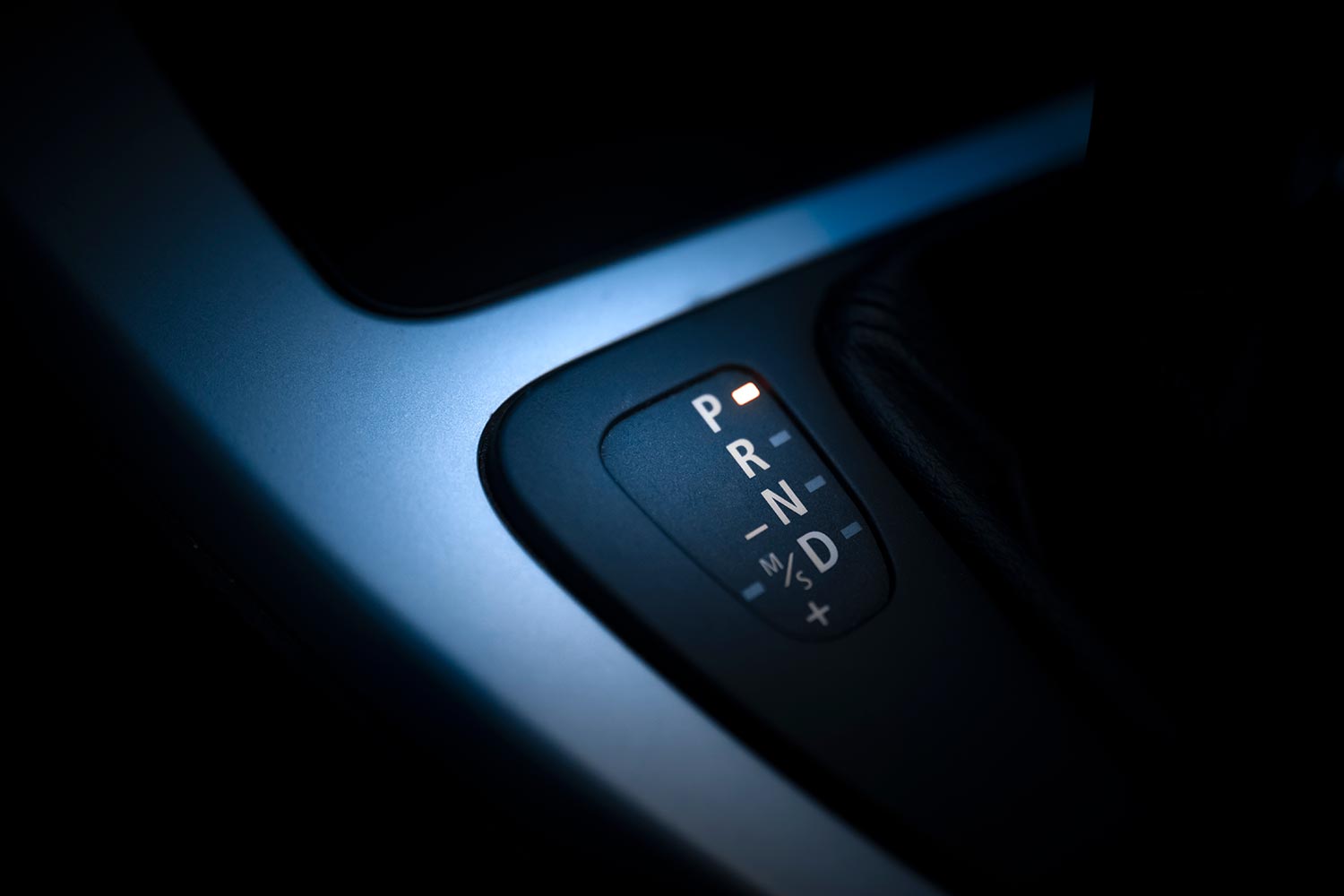 Many automobiles, including Honda Accords, will have brake lights and fuses that should work as intended. If these components fail, the engine may malfunction and inhibit the transmission from being released from park. Replacing the fuse may solve the problem.

The shift interlock solenoid ensures that drivers can change the transmission or gear shift from park to drive with proper brake application. With this part damaged or broken, the mechanical lock on the shifter will fail, forcing cars like Honda Accords to remain in park.

Cleaning the interlock solenoid may help solve this problem. It’s still advisable to replace the component if it persists or frequently reoccurs.

Check out this OEM transmission shift solenoid on Amazon.

The brake switch works in tandem with the shift interlock solenoid to release an automobile from being parked. A malfunctioning brake light should verify that the problem lies within the brake switch.

Drivers may temporarily solve this issue by applying electrical tape over stripped wires. But it can be best to replace the brake switch with a longer-term solution.

Moreover, you can learn more about the different Honda Accord models by reading our detailed post on that subject.

Check out this brake light switch for Honda Accord on Amazon.

How Do I Get My Honda Accord Out Of Park? 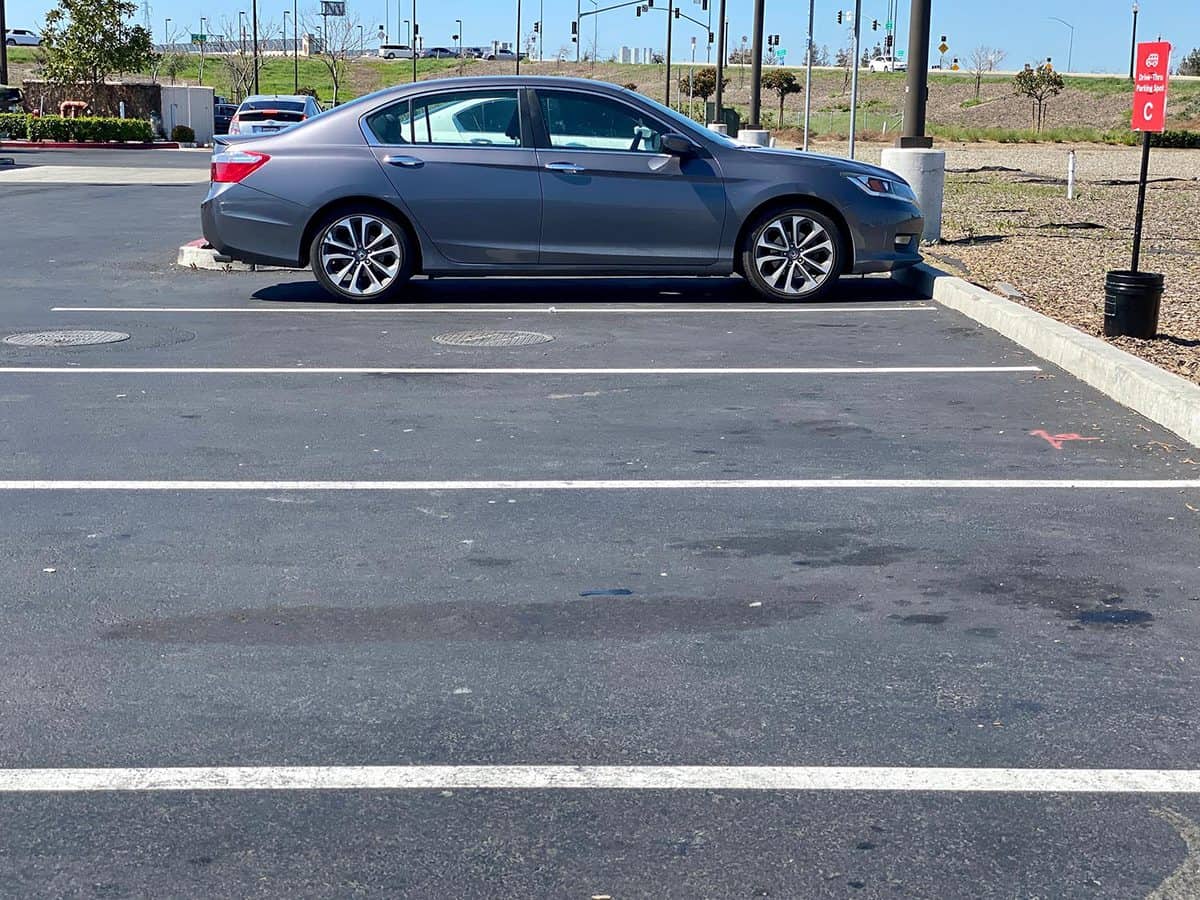 The first step to getting a Honda Accord out of park is to ensure that no other automobile is near the problematic vehicle. Releasing the Accord from park using the following guide may cause the car to move on its own, particularly if you're doing this task yourself.

Push the Accord to an open space. If you can't relocate the car, ask nearby vehicle owners to move their automobiles away temporarily.

Additionally, the following instructions may work for Honda Accords with only the transmission stuck in park. You may need to have your vehicle towed and serviced if your Accord has other issues.

After taking note of those measures, you can continue with this operation:

You can see the steps in action by watching the video below.

These steps may not work for every Honda Accord. The guide in this particular section should work for the 2007 models. Additionally, those instructions will only give you a temporary solution. Therefore, it should be in your best interest to have your vehicle serviced by certified technicians after releasing it from park.

You might also be running into other issues with your Honda Accord. For instance, the vehicle’s engine might be creating a racket. If so, read our post on what to do if a Honda Accord is too loud to see the solution to this issue. 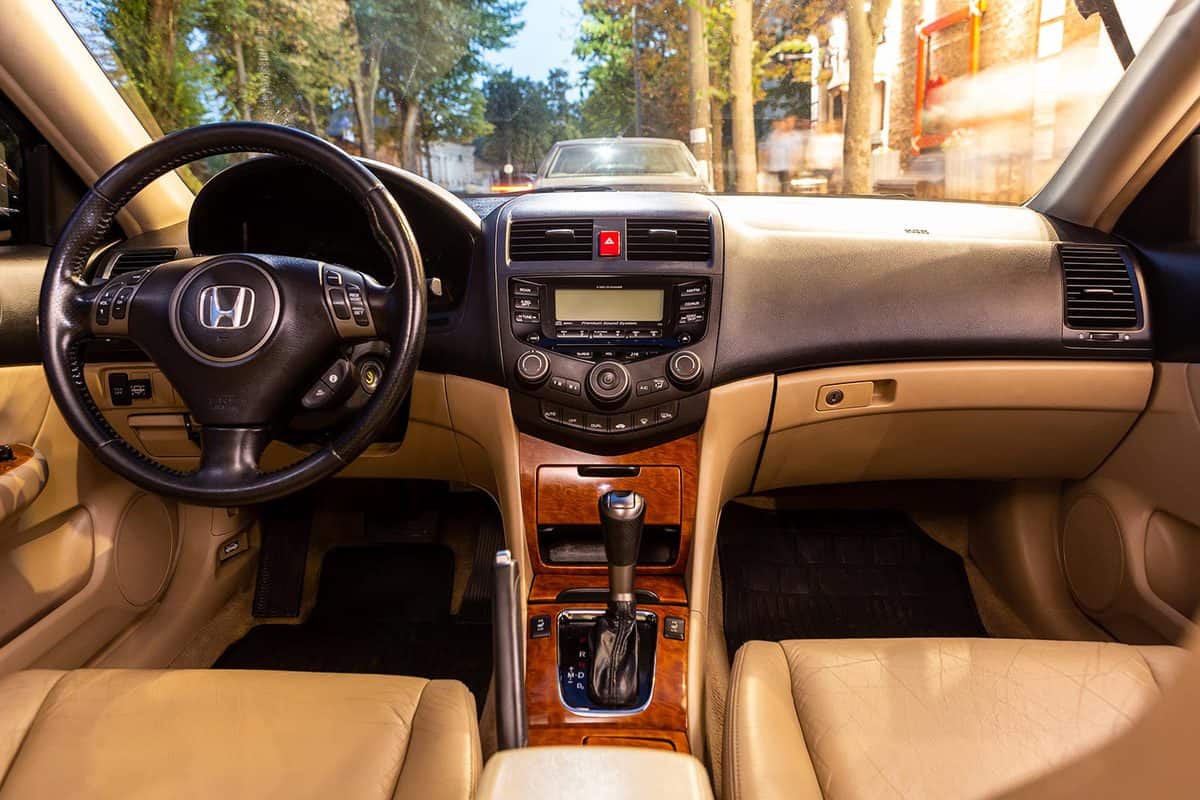 You can use the steps to remove a 2007 Honda Accord to also remove a 2003 model from park. But a potentially better fix is to replace a faulty brake light switch.

Start this task by removing the dashboard panel by unscrewing the screw in the lower-left corner of the surface. This screw should be roughly adjacent to the driver-side door.

Then, take away the other items that are securing the dashboard panel in place. Consult your vehicle owner's manual for additional information if you have difficulty with this specific task.

After setting the dashboard panel aside and finding the brake light switch, proceed with the next step:

Watch the video below for additional information about this operation:

As mentioned in the steps to get a 2003 Honda Accord out of park, you need to make sure that the threading on the new brake light switch and its housing touches the adjacent bumper properly.

If the brake light is too tight, it would feel like the brakes are on permanently. On the other hand, if the threading is loose, the shift stick will remain in park.

How Do You Test A Shift Interlock Solenoid?

First, locate the shift interlock solenoid. Then, start your car’s engine to see if this part will plunge in and out. If so, it’s in working condition. Otherwise, the component is faulty.

Additionally, you can test a shift interlock solenoid by using a voltmeter or test light. Attach the prongs to the component to verify the existence (or lack thereof) of it receiving a charge from the other automobile parts. The voltmeter or test light should receive a reading when you press the brake pedal.

Watch the video below to learn more about testing a shift interlock solenoid:

How Much Does It Cost To Fix Shift Interlock?

Automobile owners should expect to pay $170 to $807 for part replacements and labor expenses to repair or substitute faulty shift interlock solenoids. Keep in mind that the overhead often varies based on the car’s model and the mechanic’s professional expertise.

Some examples of vehicles and the potential costs associated with replacing or repairing their shift interlock solenoids are:

Releasing a Honda Accord from being stuck in park requires the verification of the problem’s source. Drivers of this vehicle can release the shifter from park temporarily by pressing a hard object in a hole in the gear shift area. Still, it’s advisable to have professionals look into and repair the cause of the problem to prevent it from resurfacing.