If you're having troubles with your Honda Accord, particularly with its loud sound whenever you turn it on or accelerate, you've come to the right page. We'll help you understand why it's making that sound with the help of our answers from car experts.

If your Honda Accord is making a loud noise, there is usually a problem with the vehicle's exhaust system. Check the condition of the muffler, catalytic converter, tailpipe, exhaust manifold, sensors, and seals and gaskets if there are cracks, holes, and damages. Replacing worn-out spark plugs can also help you get rid of the noise in your engine.

Continue reading so we can explain further why your Honda Accord makes a loud sound when you use it. We'll also share with you the best and worst Honda Accord year models to help those who are planning to buy secondhand units choose the best car for them. Let's get started! 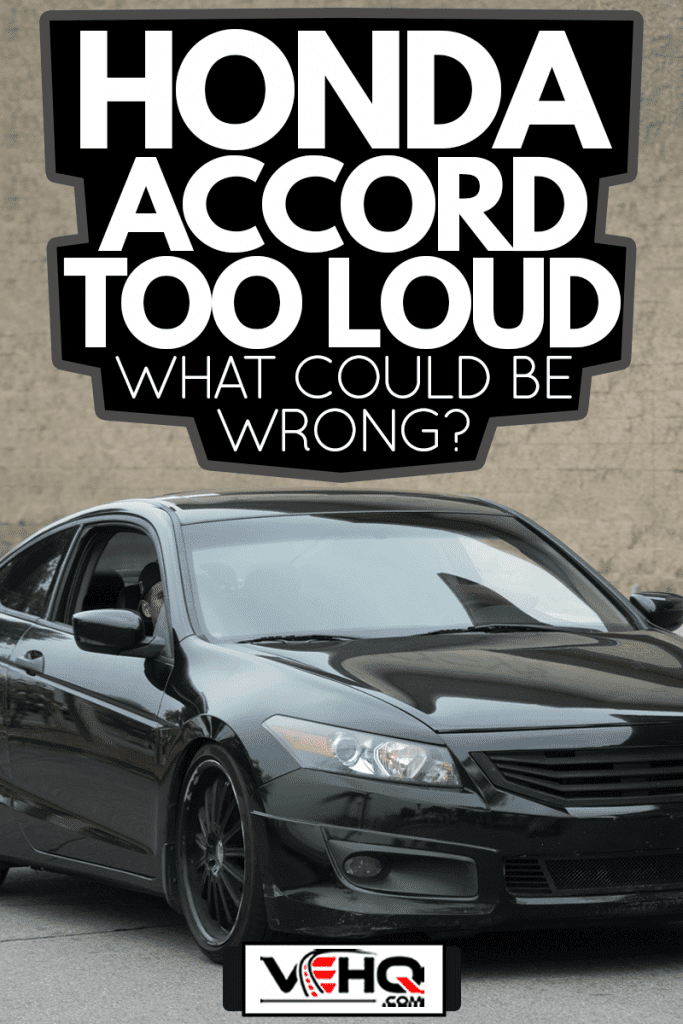 Why is your Honda's engine making noise?

Your vehicle has a way of communicating with you to let you know how it's doing. The dashboard gauges inform you how fast you're going, if you still have enough fuel, or if the temperature in your engine is just right.

There are also warning lights to catch your attention and tell you to check specific components of your car or go visit your trusted auto shop.

But sometimes, your car will communicate with you through the sound that it makes. Vehicles are expected to run smoothly without making any unusual noises, the kind of noises that'll bother you. So, when you hear your car making loud noises, this should be enough to make you stop to find out what's wrong with it. 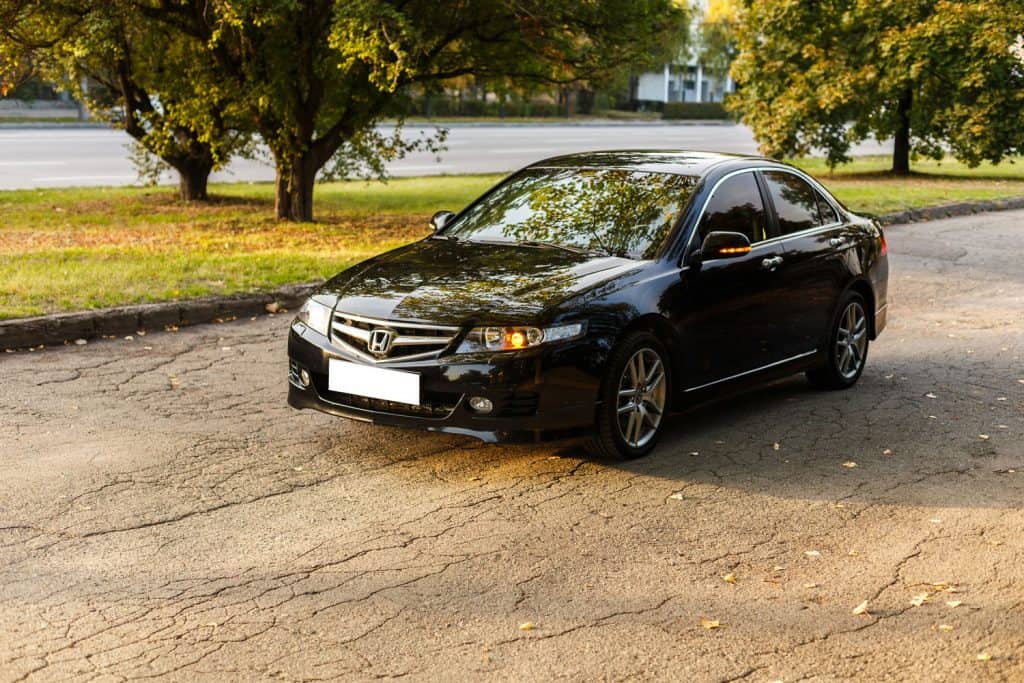 Apparently, Honda Accord vehicles are notorious for being noisy. Although some say that there are noises that shouldn't be a cause for concern, there are certain times when these will require you to take prompt action to prevent further damage to your vehicle.  As they say, a loud engine is a cry for help.

Here are the possible reasons why your Honda Accord is making so much noise.

Most of the time, the loud sound is coming from one of your Honda Accord's exhaust system components. In particular, a worn-out or defective muffler won't be able to perform its job of reducing the noise that your car makes.

As your engine runs, it makes repeated beating sounds, but you don't hear it most of the time because the muffler cancels out all these noises. But if the muffler is not up to the task, then you'll be able to hear the loud beat of your engine all the time.

The tailpipe is connected to the muffler, and it is where the gases from the engine are released into the air. A busted or rusted tailpipe increases the noise level of your Honda Accord.

This is another important part of the exhaust system that's responsible for converting harmful compounds such as carbon monoxide, hydrocarbons, and nitrogen oxides into safe gases and steam. When the converter fails, it causes your engine to be louder than normal, aside from emitting a smell like rotten eggs.

This is the first section of your car's exhaust system. It collects all the used up gases from the engine and diverts them to the catalytic converter where they can be turned into safer gases.

It is dangerous once it leaks because harmful gases will be released into the air and can eventually make their way into the car's cabin. The gases are also very hot, which can melt plastic parts of the engine.

If your vehicle's exhaust manifold is cracked, the engine will not run smoothly. It will sputter and make a loud sound all the time.

The mass airflow sensor monitors the amount of air that goes into your engine's fuel injection system. It then sends this information to your vehicle's computer system so that it can adjust the amount of fuel that enters the combustion chamber for optimum air-fuel ratio.

When the sensor gets dirty, it won't be able to provide the correct information which will cause an incorrect amount of fuel in the engine and this, in turn, will cause the engine to run louder than usual.

Oxygen sensors measure the oxygen level in the gases being emitted by your Honda Accord's exhaust system. Again, the computer uses this information to ensure the correct air-fuel ratio in the engine.

When these sensors are not functioning well, the engine also makes a loud sound because of the imbalances in the fuel and air mixture inside the engine.

There are multiple seals and gaskets in your vehicle's exhaust system. Over time, they get worn out and when this happens, the engine can also sputter and make a loud sound as it runs.

When one or two of your spark plugs have gone bad, your engine cylinders will not fire correctly. You will hear a knocking sound on your engine as you're driving because the air-fuel mixture that did not ignite early on is now catching fire and detonating that is now causing the noise.

You need to replace bad spark plugs immediately to get rid of the noise and optimize your engine performance.

These are just some of the most common reasons why your Honda Accord makes a loud sound when it runs. As you can see, they usually involve different parts of the car's exhaust system. However, the noise is just a symptom of a bigger problem that needs to be addressed right away to spare yourself from more expensive repairs.

Which year Honda Accord is worst? 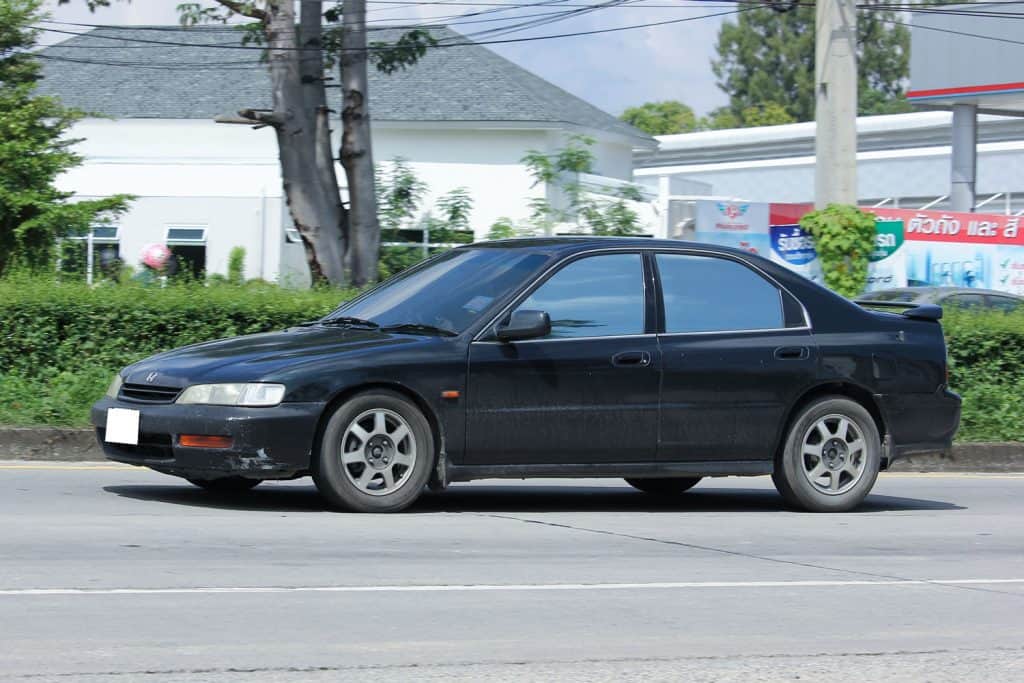 As mentioned earlier, Honda Accord is notorious for making loud noises. They are not as quiet as other midsize sedans on the market. But aside from the noise that they made, certain model years had to be recalled due to issues with the vehicles' transmission.

In particular, many of the 1994 to 2004 Honda models had experienced problems with their automatic transmission. Car owners said that they had trouble shifting their vehicles into gear due to a failing torque converter. This transmission issue manifested even before those cars reached 90,000 miles.

A class-action lawsuit had been filed against the manufacturer because of premature transmission failure. As a result, Honda extended the transmission warranty for certain year models to 109,000 miles or 93 months whichever came first.

The manufacturer also faced another class-action lawsuit with their 2008 Honda Accord model. Car owners reported several issues with the units such as excessive oil consumption, poor braking system, and uncomfortable seats.

Although the case is still pending, this should warn those who are planning to buy secondhand Honda Accord cars to avoid these year models to relieve themselves of these reported issues with these vehicles.

What year accord is the best? 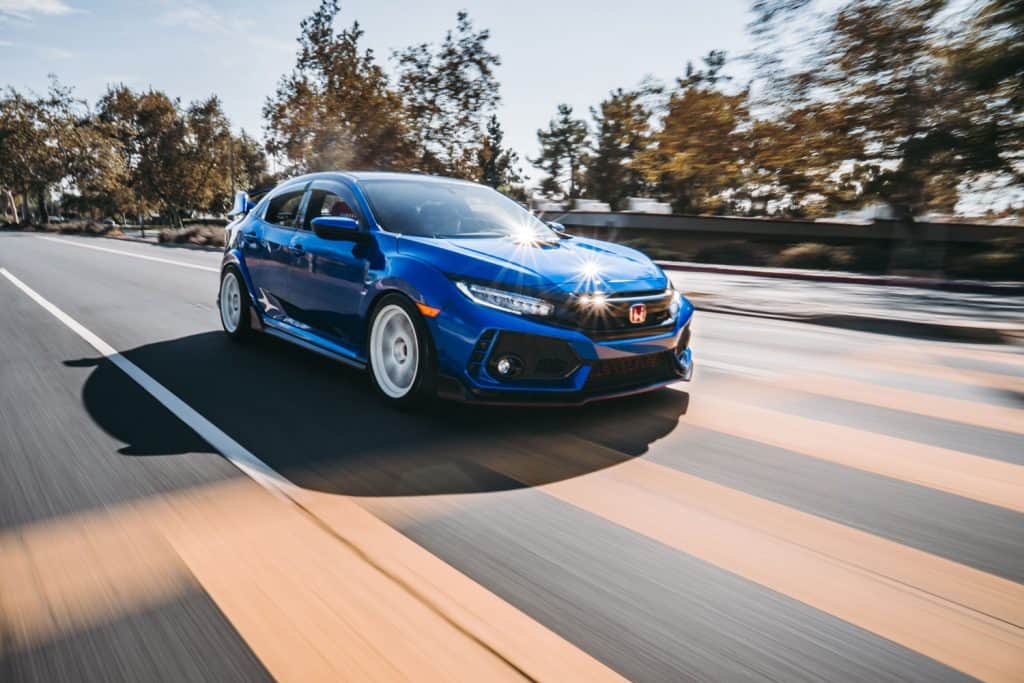 Despite all the issues mentioned above about Honda Accord vehicles being rather noisy and issues with the transmission, brakes, oil consumption, and seats, Honda Accord is one of the most reliable family sedans out there. In fact, it has consistently been one of the best-selling vehicles for the past 15 years.

The Honda Accord 2013 year model earned the highest ratings when it came to owner satisfaction and reliability. Car experts also say that the 10th generation Honda Accord which included the 2018 to 2021 models won't disappoint buyers as well.

Of course, Honda has listened to the demands of the buyers and they have also learned their lessons from the class-action lawsuits that they faced. They have continuously made improvements in the Honda Accord vehicles that they release in the market year after year and make sure that they have something new to offer. 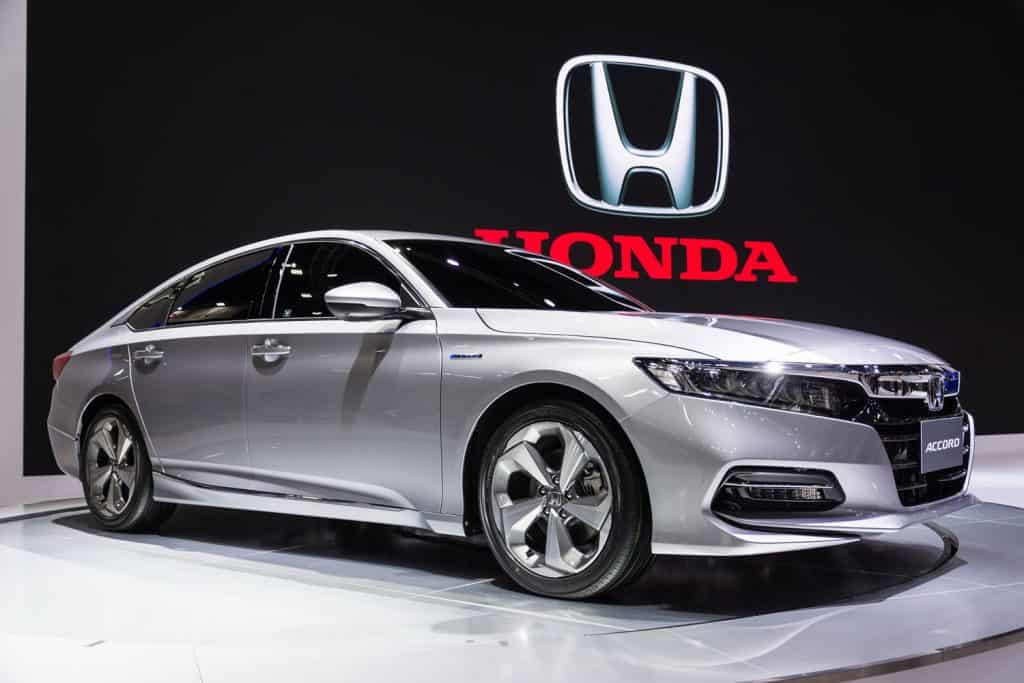 Most of the time, issues in your Hondas Accord's exhaust system are the main culprit why your car is making a loud noise when you use it. But the noise that your vehicle makes is its way of telling you to take action because something is wrong with your car. Better heed this warning or else bear the consequences of further damage and expensive repairs.

If you would like to read more about the Honda Accord, you may visit the following links:

What Kind of Engine Does a Honda Accord Have?

What Are the Honda Accord Models and Trim Levels?