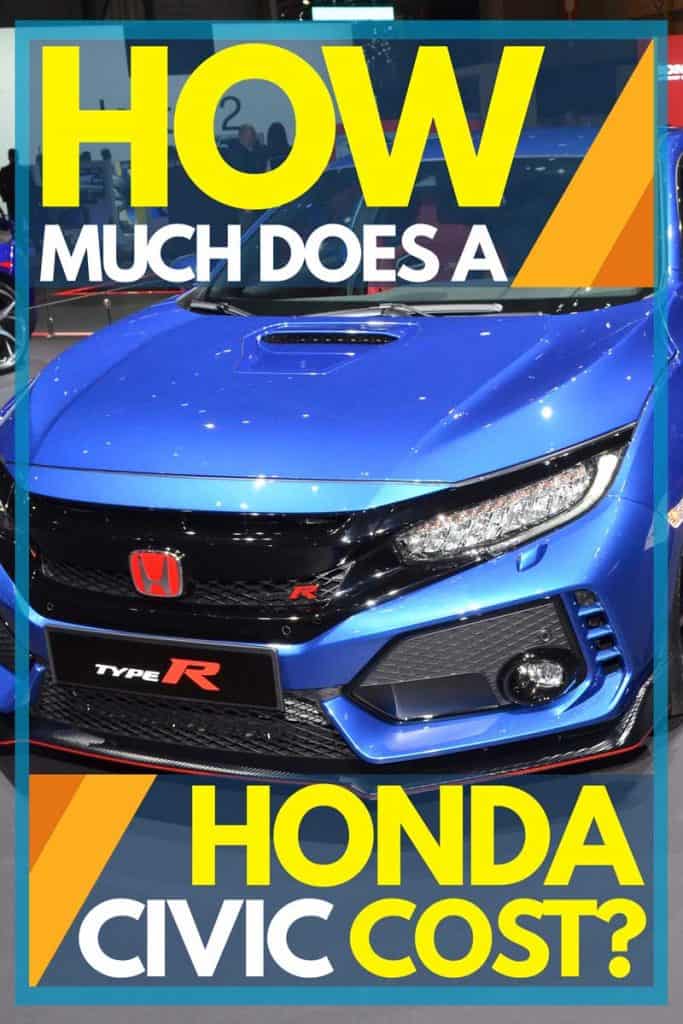 It is one of the most iconic cars on the road. Spend one-hour driving in a somewhat busy area and you are almost guaranteed to see one. You will likely see a lot more than one. First developed in 1972, the Civic has gone through several evolutions over the decades. Currently, the Civic is in its 10th generation. It is a car that has always been known for its reliability and longevity; these days it’s also become known for its looks. So, how much is it going to run you to get your hands on one of these?

The prices of the Honda Civic depend on whether you buy new or used, as well as on the specific model and trim level. Here are some examples -

There are other models and specs available at different prices, those will be discussed below. If it’s a used car that you have in mind, the Honda Civic is quite affordable. A 2010 model will cost somewhere around $5,300 and a 2005 model will be about $3,000.

The exact cost will be determined by the model and options that you choose. Keep reading for more details on all these great vehicles.

How Much Does a Honda Civic Cost?

Here is a breakdown of all the different available 2020 models. Each model will be listed in ascending order of price. There will be points detailing what features are offered with a particular model.

This is the base model which costs $20,650. It might be the cheapest version of the car, but there are still plenty of features making it a great option for this price range. 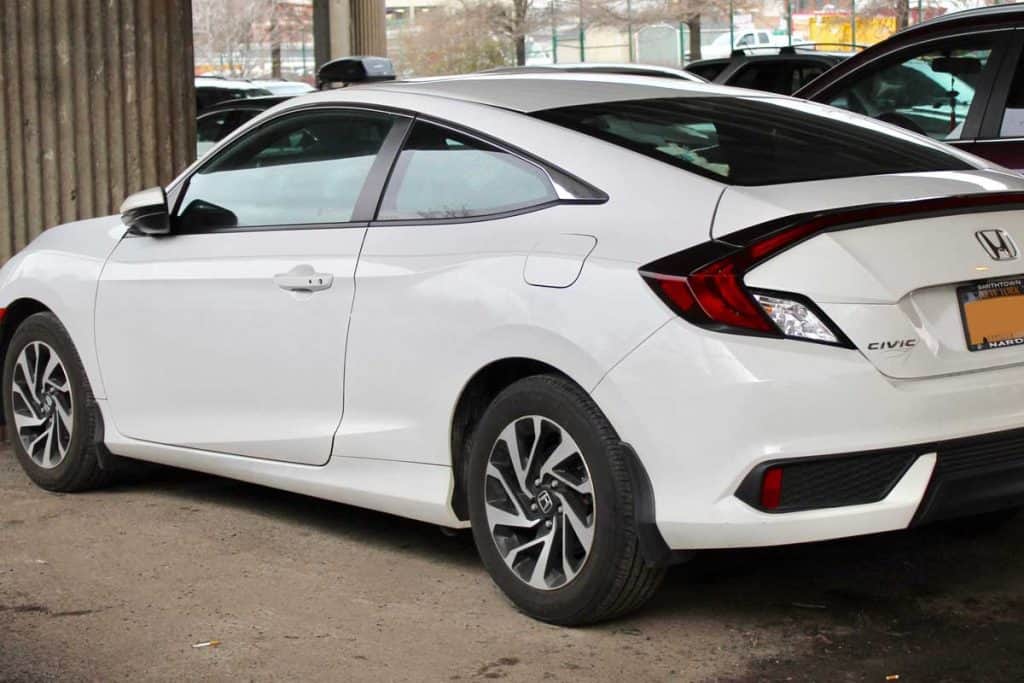 This model is a slight step up, it starts at $21,550. It comes equipped with a few bonus features separating itself from the LX version.

The EX provides a slightly more powerful engine along with other features, for that reason, it starts at $23,800. It contains most of the features listed for either model above in addition to:

This model is where things become more luxurious, it starts at $25,000.

This is the first of two of the available performance packages, it starts at $25,200 and through customization, it can cost a lot more than that potentially.

This is the fully loaded version, including all of the available luxury features. It starts at $27,700. 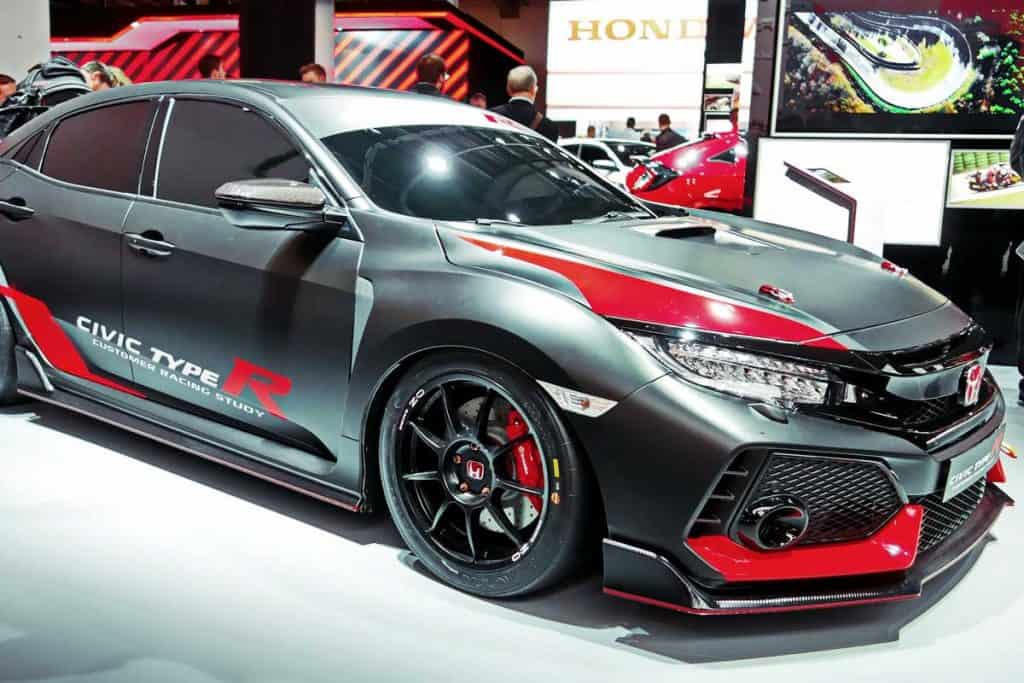 If you are looking for the sleekest looking model that puts out by far the most power, take a look at the Type R. It is significantly more powerful with a significantly higher price tag, starting at $36,995.

How Much Does a Fully Loaded Honda Civic Cost?

The question can be answered in two ways since it depends whether you want a standard Civic or a Type R. For the purpose of this article, we will assume that you are looking for a standard Civic.

As listed above, the Touring model is the most fully loaded model available. The price is listed above at $27,700, but that is the starting price. There are still additional features you can have installed in the vehicle including very cool blue illuminating lights in different areas of the car. You can even get a wireless phone charger in front of where the cup holders are.

The truly fully loaded Honda Civic Touring is going to be about $31,000.

How Much Does a Honda Civic Cost Per Month?

You’ll be able to enter your zip code here and find out specifically how much you can expect to pay monthly for a Honda Civic in your area.

If you are shopping in the used car market you will find that Honda Civics retain their value pretty well compared to other cars. For that reason, you will still need to pay a bit even for a 10-year-old model. However, these cars are known for their longevity, that is why you will still see Honda Civics from the early 90s on the road running just fine.

You will notice a somewhat steeper depreciation with the 2005 model, as you would expect with probably any vehicle. According to Kelly Blue Book, the fair market range for a 2005 Honda Civic is going to be between about $2,500 and $3,600. Unfortunately, even though the fair range tops out around $3,600, most 2005 Civics are typically going to be listed around $3,700.

What you can expect if you are purchasing a Honda Civic and wondering how the vehicle is going to depreciate, you will be pleased to find that it retains value remarkably well. According to Kelly Blue Book, if you are looking for a used, 2019 Honda Civic, the typical price you are going to see is about $18,000. Now, taking into consideration the fact that a brand new 2019 model was about $20,000, that is a very slim depreciation rate. Similarly, a 2018 model is going to cost about $16,700.

Naturally, the figures listed here are not necessarily reflective of the reality you may encounter when purchasing a used Civic or selling your own. However, these are numbers provided by Kelly Blue Book, which is one of the most trusted sources for this type of information. Undoubtedly one trend is true, the depreciation rate of the Civic is not by any means a deal-breaker. It is quite the opposite. Some cars lose 40% of their value the second you drive them off the lot. The Honda Civic is not one of those cars, regardless of the model you purchase.

There is a reason why it seems like every 10th car you see on the road is a Honda Civic. As of 2015, over 18 million Honda Civics were sold in the model’s history. It seems that the car continually increases in popularity year after year. The numbers might be even higher as well if people needed to upgrade frequently; they do not. A Honda Civic is the type of car that you buy knowing that you are probably going to get at least 150 thousand miles out of it. And then there is definite potential to get 200 thousand or more.

If you take a look at the aesthetic of the older models you can see how much time and effort Honda has put into this particular model. It is a dramatic transition, from a rather unremarkable, pedestrian-vehicle, to something very sleek and sporty looking. Between the grill, the body shape, the headlights, the rims; this is not the kind of car you will get tired of looking at.

When you look at some of the competitors, the Honda Civic becomes an even more attractive car. The Nissan Altima is one of the direct competitors with the Civic. The 2020 model of the Altima starts at over $24,000. You would expect that for $3,500 more, you would be receiving significantly more in the form of features or engine power. The reality is that you get a very comparable car that you need to spend over three grand more for.

For about $1,000 more you can take a look at the Hyundai Sonata. It is certainly a solid option on the market, but again, as with the Nissan Altima, what you get is essentially their version of the Civic. This is not to say that these companies are seeking to imitate or emulate Honda. It is simply to make the point that these cars are equivalent in many ways. What then factors more heavily into the decision is something like company reputation and depreciation. Factors such as those favors a company like Honda which has proven for decades that they make reliable vehicles.