The Honda Civic can be a reliable sedan, but it can still be susceptible to certain problems like noises while accelerating. Now you’re wondering what could be wrong with your Honda Civic when unknown noises appear as you accelerate. We researched the possible origins of these rackets and here’s what we found.

Honda Civics may make loud noises like hums, whirrs, and rattles as they accelerate. It’s important to pay attention to the type of sound to help identify the source of the issue. Some of these possible concerns are:

The solution to fix these problems generally depends on their origins. Continue reading as we talk about these issues in greater detail. We’ll also tackle some methods that may help in reducing or eliminating the unwanted noises coming from a Honda Civic. 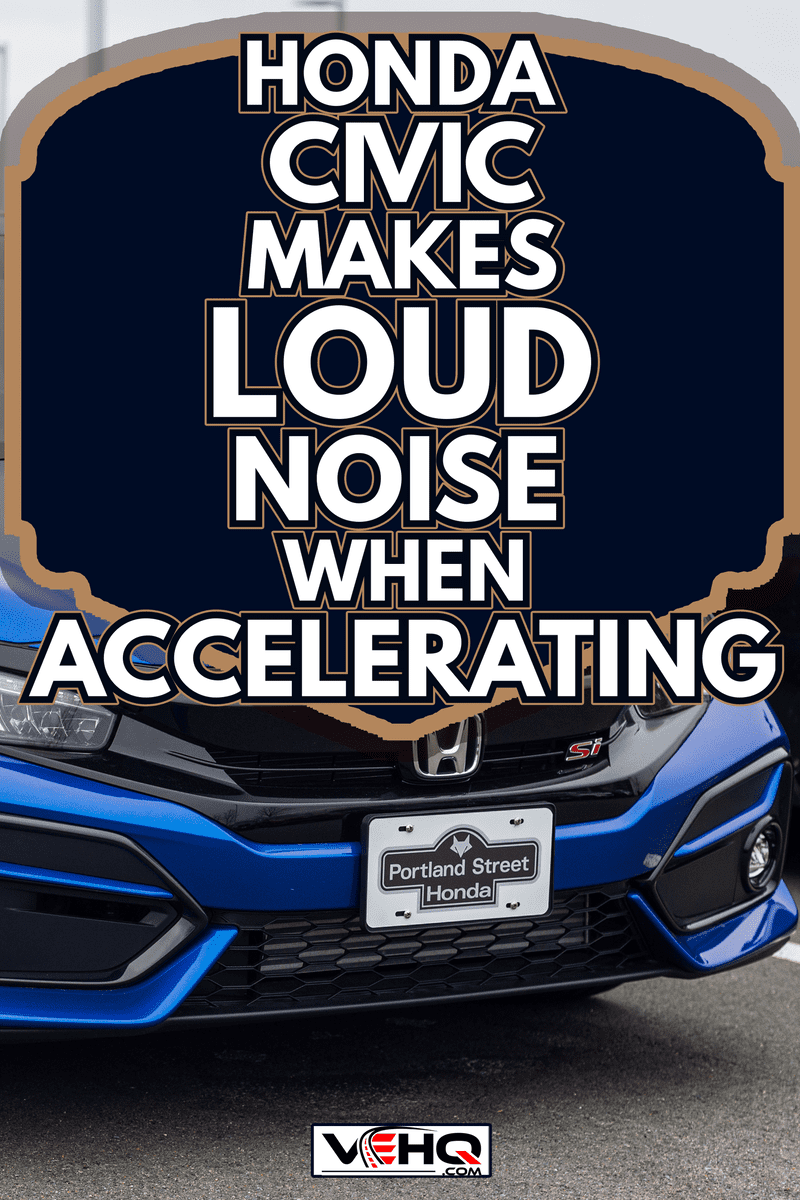 Why Does My Honda Civic Make Loud Noise When Accelerating? 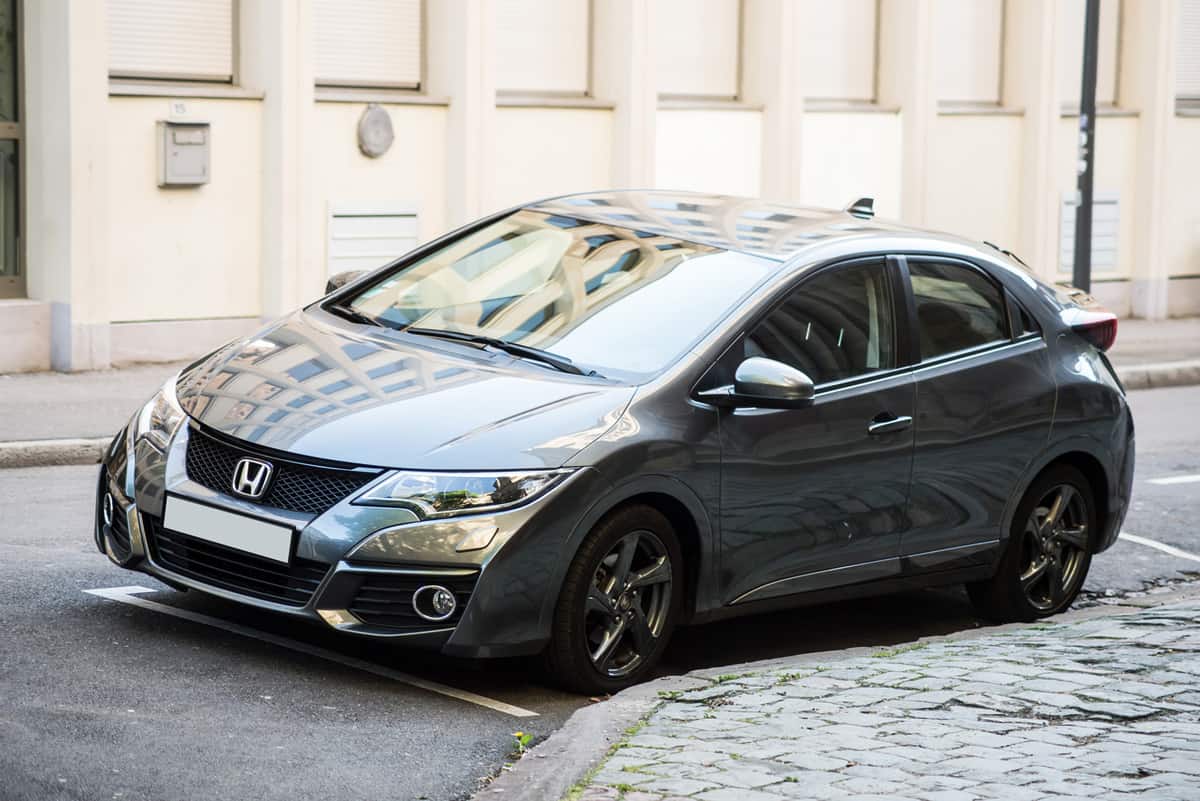 Honda Civic users should pay attention to the type of noise coming from these vehicles when accelerating. Doing so should help drivers and passengers pinpoint the part or assembly that's creating the racket. Listening to the noise may also provide insight into any underlying causes.

Some of the reasons why a Honda Civic can make a loud noise while accelerating may include (but aren’t limited to) the following:

A bad wheel bearing can cause the car, particularly a Honda Civic, to make a humming noise as the automobile accelerates. Oftentimes this particular racket might become louder as you drive the Civic faster.

Take note that the wheel bearing is an assembly made of metal balls and rings to help reduce rolling friction. Damaged or faulty components in this setup may cause the balls and/or rings to grind, causing the humming noise.

If the Honda Civic is making a loud whirring noise as it accelerates, it might be because of a bad water pump. As its name implies, this assembly is responsible for moving water to and from the radiator. That way, the engine maintains a constant temperature and prevents the engine block from overheating.

A malfunctioning water pump may also cause backfiring, which often sounds like a gunshot from the rear of the vehicle. Driving the Honda Civic or any vehicle while it’s frequently backfiring may lead to irreparable harm to its engine.

Some Honda Civic models, like the 2016 Honda Civic Si, have a turbocharged engine. With this feature, it promotes benefits like enhanced fuel efficiency and improved engine power. But a rattling noise during acceleration may indicate that the Civic’s turbo is nearing the end of its serviceable life.

Generally, turbos last about 150,000 miles. However, wear and tear can reduce the turbo’s serviceability to only about 50,000 miles. Using the Civic while the rattling noises persist may put the engine at risk of clogging.

A creaking or clunking sound heard as you’re accelerating and turning your Honda Civic may indicate that its suspension joints are malfunctioning or broken. Aside from the usual wear and tear caused by frequent usage, ball or suspension joints can go bad because of other reasons like:

Always remember that it’s not safe to drive your Honda Civic if it has bad suspension joints. If so, these assemblies may break as you’re accelerating and turning, making you lose total control of the vehicle.

Improper tension of a Honda Civic’s timing belt can cause it to make a loud whining sound as the car accelerates. Like other concerns with a Civic that comes with unknown sounds, a faulty timing belt can make other parts of the engine move incorrectly.

Stop and park your Honda Civic if you hear a whining noise from your engine as you’re accelerating the vehicle. It might be ideal to call a towing service to prevent further damage if you hear this loud racket from the car.

How Do I Stop Noises From My Honda Civic When I Accelerate?

It’s ideal to use the appropriate steps to repair your Honda Civic’s problems based on the noises and underlying issues found. Remember, tinkering with your vehicle beyond the scope of the main concern could bring further harm to it, particularly if you don’t have sufficient automotive expertise.

Some possible solutions on how to fix your Civic according to the racket made while it accelerates are: 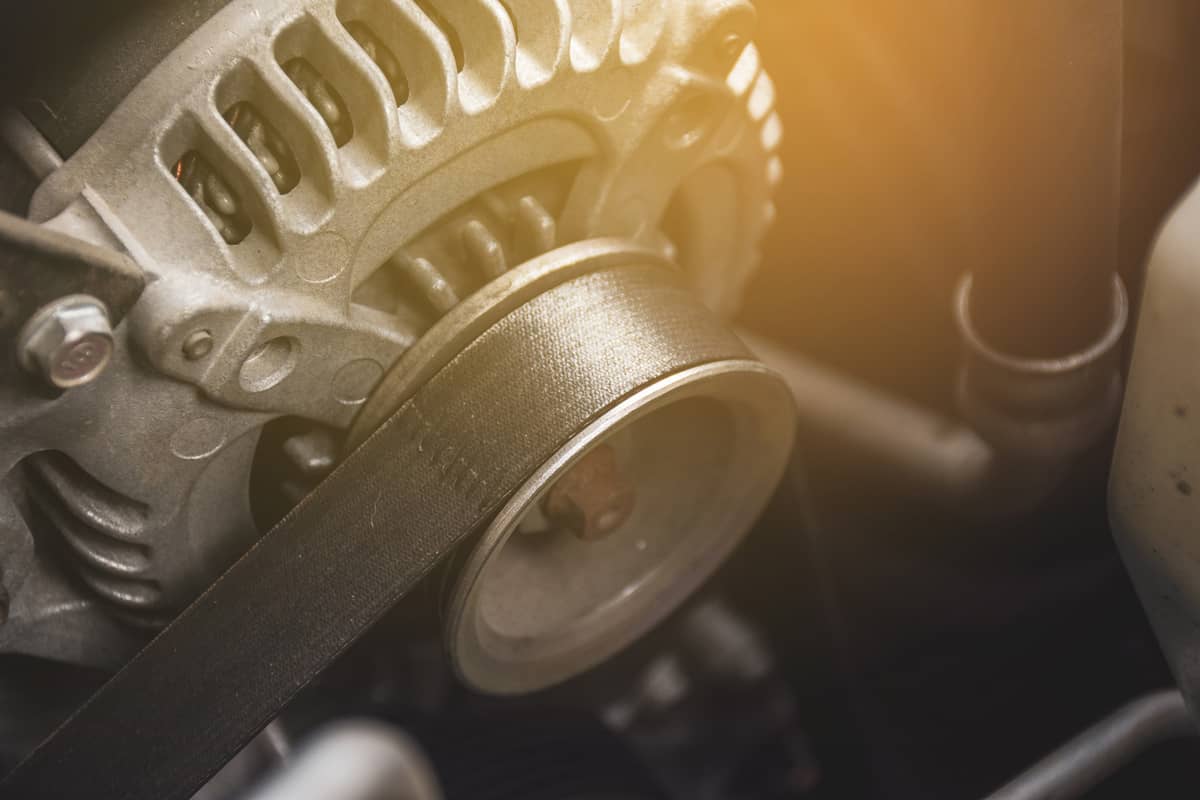 The following guide assumes that you already know how to remove the timing belt from your engine block. Also, you're going to pay extra care to assemble the cam pulley, particularly its tensioner.

Check out this timing belt kit for Honda Civic on Amazon.

You can also watch the video below to learn more details on how to install a new timing belt in a Honda Civic: 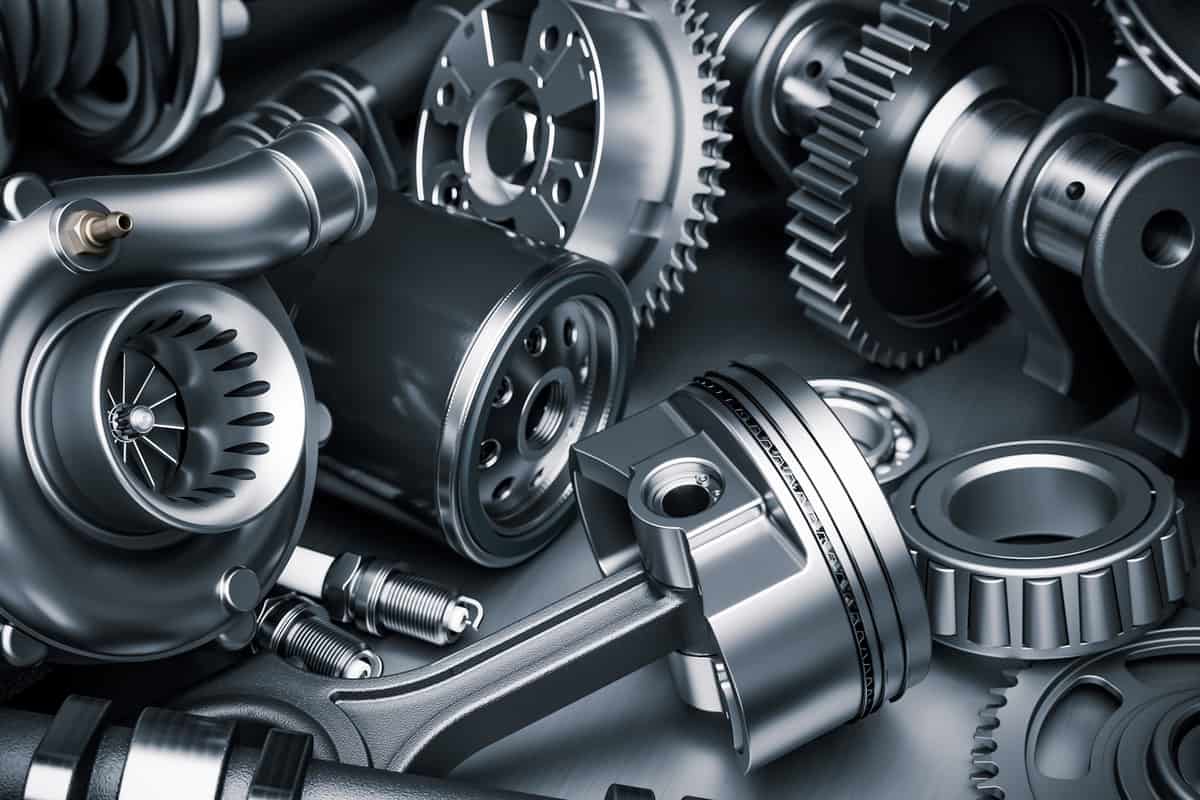 If you verify that your Honda Civic’s turbo is the source of the noise the vehicle makes while it’s accelerating, the first step is to park the car in a garage. You may also want to wear gloves because you’re going to deal with dirt and grease for this operation.

After taking note of those preparations, continue this project by following these steps:

Check out this turbo manifold for Honda Civic cars on Amazon.

Don’t forget to watch the video below to gain additional insight to ensure this project completes with as minimal risk of error as possible:

What Are The Most Common Honda Civic Problems?

The Honda Civic has had some common problems per released model since it first came out in 1972. Some of the fairly common problems experienced by different users with these vehicles are:

Among the different Honda Civics, many users complain about transmission failures for their 2001 models. Sometimes owners also complain about uncomfortable seats and paint peeling from their vehicles’ bodyshells.

You may proceed to fix these problems if you have sufficient confidence and expertise. However, don’t hesitate to send the offending Civic to a reliable auto repair shop for expert assistance.

Are Honda Civics Expensive To Fix? 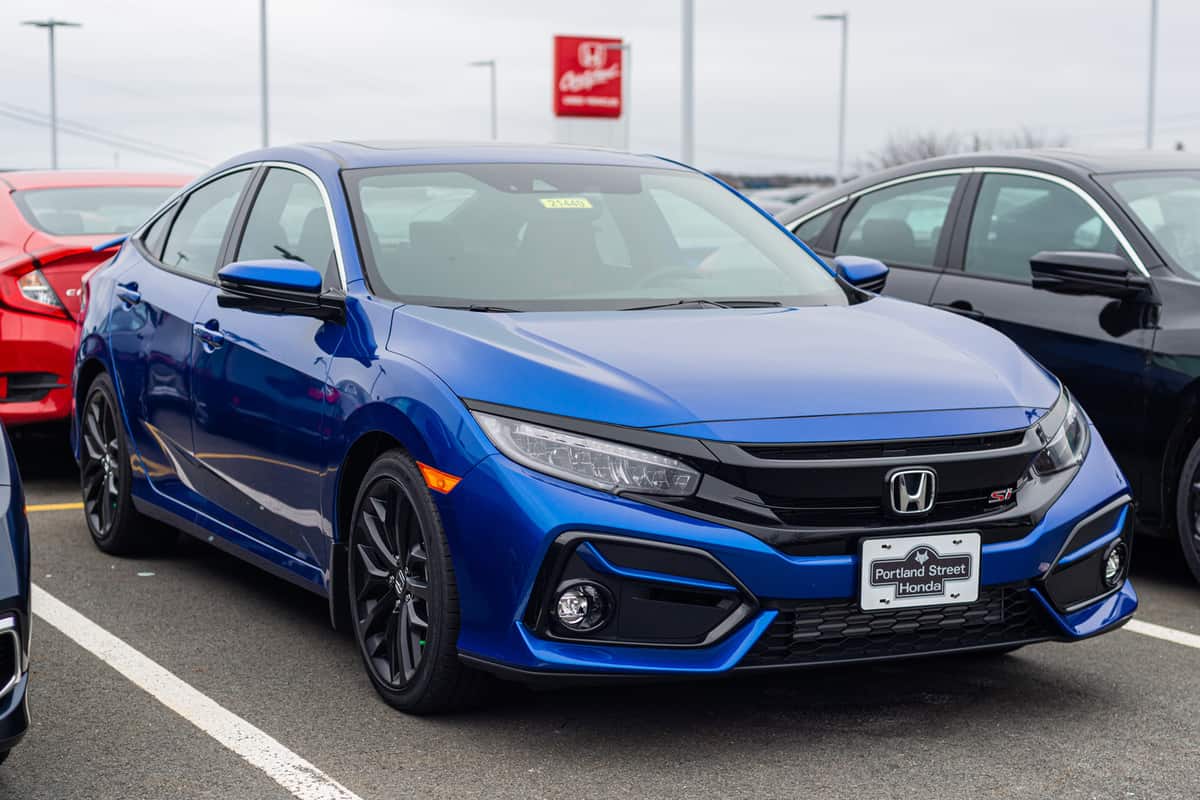 The average cost to repair a Honda Civic is about $368. That price roughly falls within the average expenses required to fix an automobile, which is about $75 to $600. Sometimes it's also less expensive to repair a Civic than to fix a compact car.

The main issue with a Honda Civic making a loud noise as it accelerates often depends on the type of sound. For example, a loud humming noise typically means a damaged wheel bearing. Make sure to use the appropriate repair or replacement solution based on the type of noise to prevent further harm to the vehicle.

If you like this post, here are other reads about the Honda Civic that you may want to check out:

What Is The Best Oil For A Honda Civic?

15 Cool Honda Civic Accessories You Should Check Out