You love your Honda Odyssey, except for right now, because the door won’t close. While normally the door slides flawlessly shut, it’s not doing so anymore. This has put you in a bit of a pickle because now your door is stuck wide open. How do you close it? What should you do?

If you have a Honda Odyssey produced between 1999 and 2011, you should try one of the door control buttons. If that doesn’t work, you need to replace the rubber bumper between the door and the rail. If your Odyssey is newer than 2011 and the sliding door won’t close, check the toggle switch. Sometimes it can disable other buttons needed to close your vehicle doors.

Want more details on what to do when your Honda Odyssey sliding doors get stuck? Keep reading! Not only will we elaborate on the above fixes, but we’ll discuss other common door issues Odyssey owners may go through. These include the door closing then opening again, the door not closing entirely, or trouble with the door latch. You won’t want to miss it. 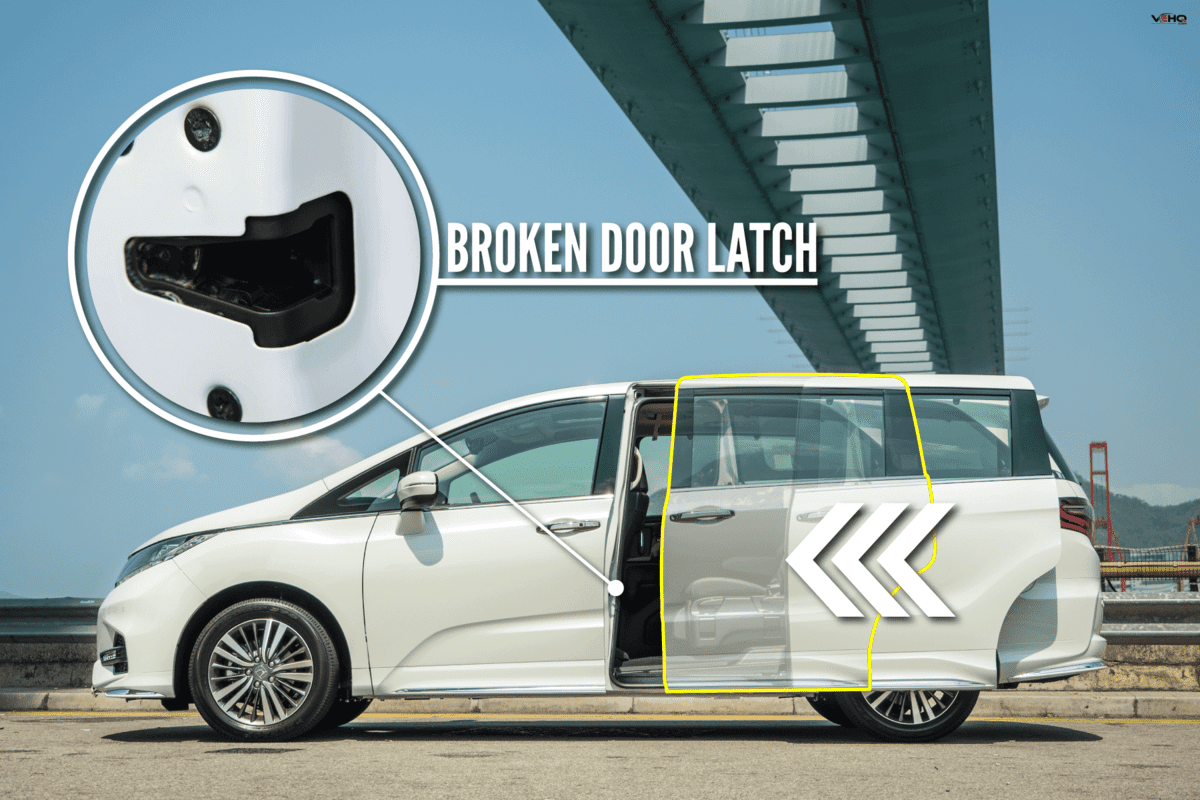 The Honda Odyssey Door Won’t Close – What to Do

Sliding doors are a Honda Odyssey staple. When they work well, they’re a convenient feature to have. As soon as they get stuck, especially when open, you might start wishing your vehicle had more traditional doors.

Don’t fret too much, as most of the time, a Honda Odyssey door that won’t close is a simple enough fix. You don’t even necessarily have to take the car into a mechanic’s, either.

Depending on the age of your vehicle, the way we’ll go about troubleshooting is a little different. 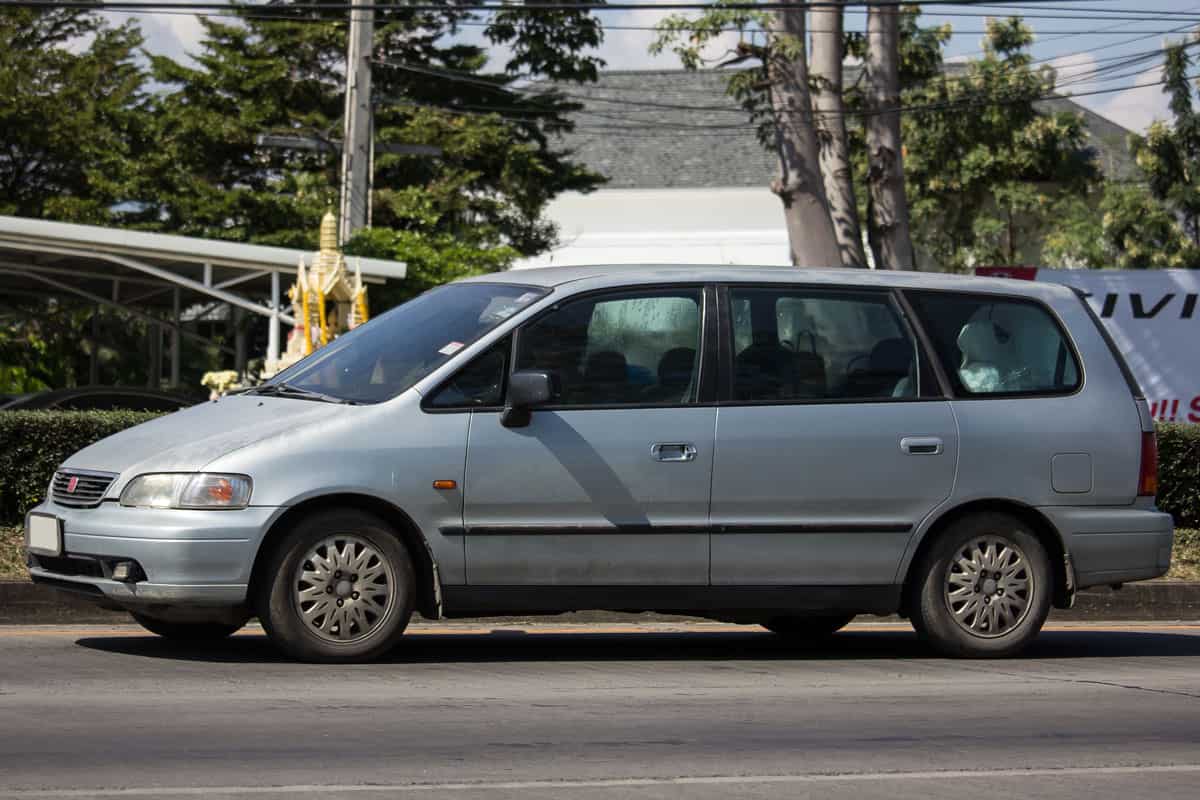 If your Odyssey is from 1999 to 2011, then there can be two issues that cause the sliding door to stay open.

The first of these is super easy to check. You want to get inside your vehicle, typically in the second row of seats. You should spot an inside handle near the doors on either side. This is right by where the seatbelts are for most Odysseys produced in the above timeframe.

Try pulling on the handle. This may work, and if so, problem solved. More than likely though, it won’t do anything. That’s okay.

Your next troubleshooting method is simple as well. You want to find the sliding door buttons on the front driver’s side dashboard. Make sure you’re pressing the rear door buttons if the back doors are stuck and the front door buttons if it’s the driver’s or passenger’s doors. If the door closes, then great!

Sometimes even pressing the sliding door buttons don’t help. If you find yourself in that predicament, you still have one more trick up your sleeve. You want to go to the affected door and take a look at the opening near the top of the door. There should be a rubber bumper there that goes between the rail and the door.

Don’t see one? That’s not uncommon. In many Odysseys, the rubber bumper will become dry with time, then brittle. The bumper then ends up falling right off, often without you noticing. It’s only when your sliding door won’t close that you realize there’s a problem.

Replacing your rubber bumper is inexpensive and something you can do yourself at home. Here’s a rubber bumper replacement on Amazon directly from Honda. It fits any Odyssey produced between 1999 and 2004.

With your bumper replacement in tow, open your sliding door partway using the driver’s control button. Take your bumper and position it so the hook edge is facing the rail. The bumper should slide right in. Try your door and you should be able to access it via your door handle.

What if you have a newer Honda Odyssey? You might use the sliding door buttons in the vehicle to try to close the door. The car might even respond, beeping at you. However, the door just sits there, not closing. What gives?

Get in your car on the driver’s side. Look around the steering wheel for a toggle switch. It’s by the steering wheel button. The switch can move down or up. If the switch is pushed down, it can automatically prevent your door-opening buttons from working.

All you have to do is push the toggle switch back up. That should solve the problem with no need to see a mechanic and spend a lot of money. 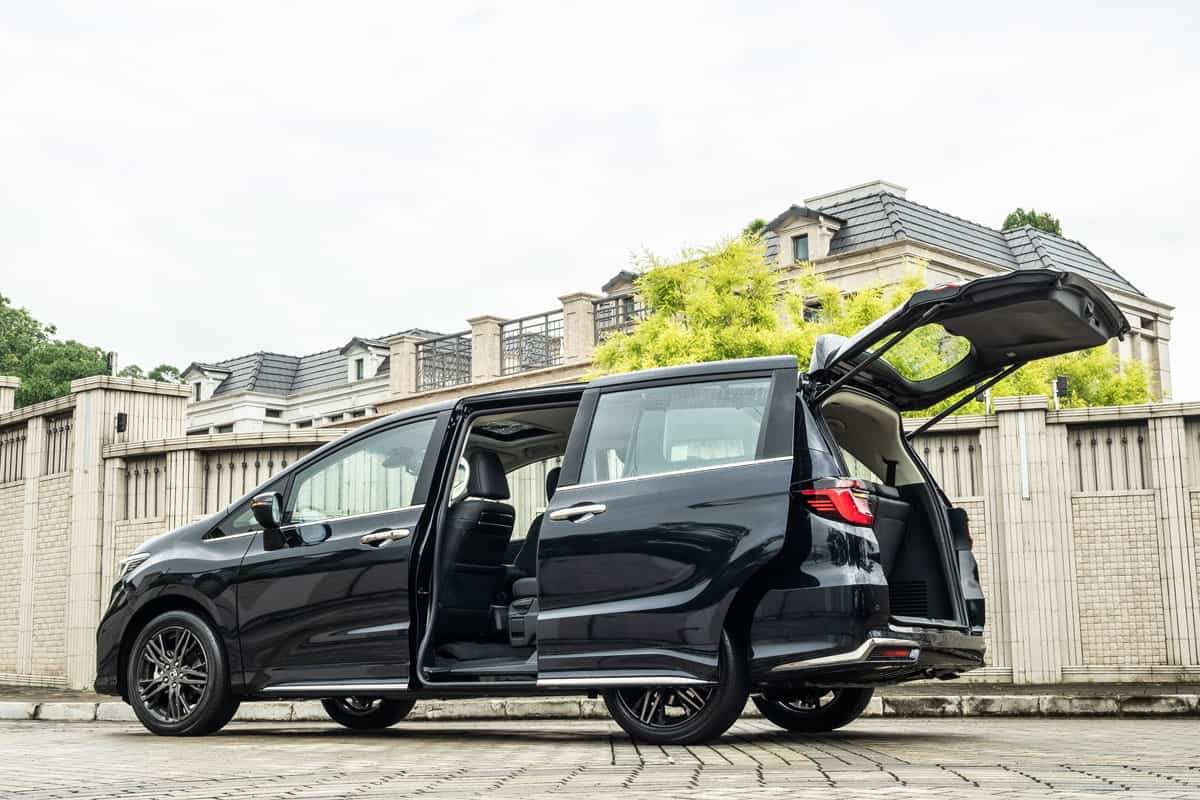 Okay, what if your Odyssey’s sliding doors close just fine…well, for the most part, but you’re still having other issues? It happens, and a lot of these problems can be remedied easily. Here are some of our top troubleshooting measures to follow for your Honda Odyssey.

The Sliding Door Closes Then Opens

The first problem that may be afflicting your Odyssey is the door closes all the way, then opens back up. It’s never by much, maybe about 1/4th an inch, perhaps more. Still, you don’t feel comfortable leaving your door this way, because technically it’s unlocked, and anyone can get into it. Your door may keep beeping, and you may also notice your dashboard displays the “door open” light depending on your Odyssey model.

Here’s what we recommend. First, you want to power down the master switch on the dashboard. Next, you want to open all your doors, doing so manually. Check the door pillars and the door contacts, cleaning these with rubbing alcohol.

Look at the door button around the back, which should have rubber components. If these are misplaced, push them back where they should be. You may even have to get new rubber parts. Now you want to turn the master switch on, leaving the door somewhat ajar. With the dashboard closing switch activated, try seeing if your door stays closed. If not, it could be a fuse issue, in which case you should see a mechanic.

The Sliding Door Won’t Close All the Way 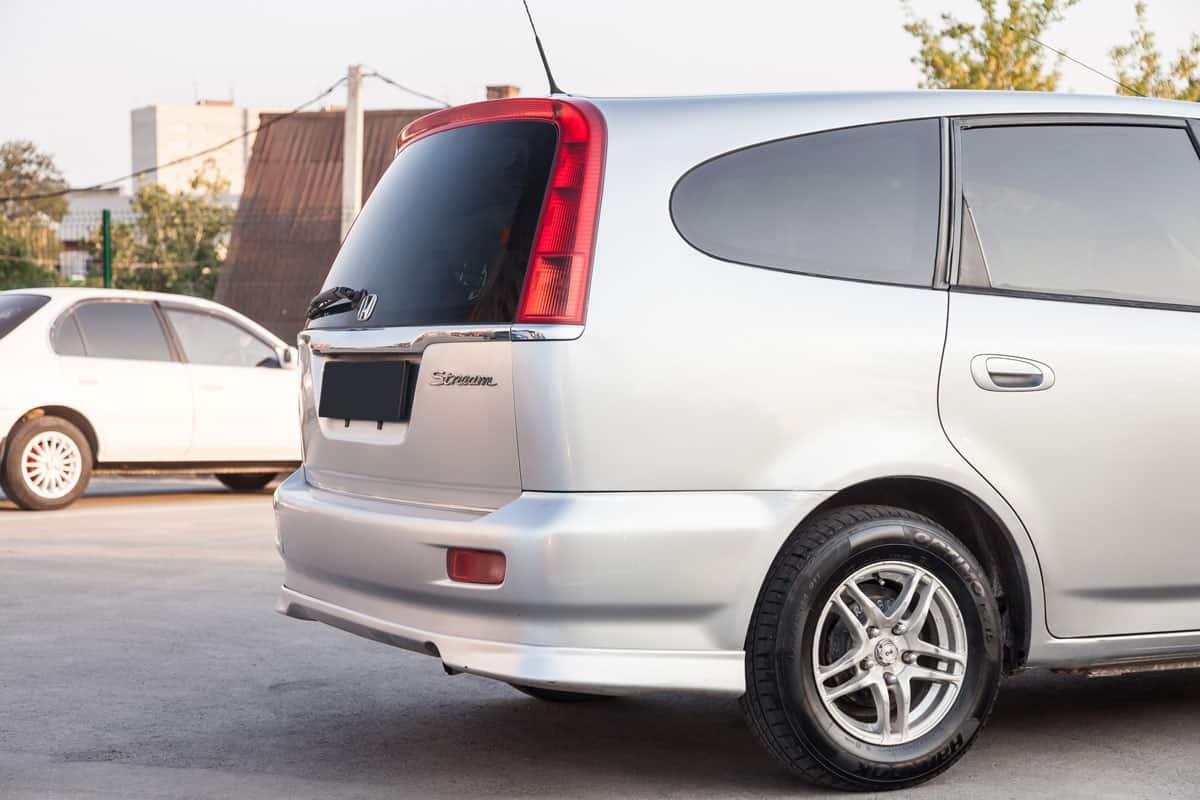 You wish you could even get your Odyssey door closed, but you can’t. If the door gets almost all the way closed but something’s keeping it from closing completely, you can try the tactics we outlined earlier in this article.

If none of those work, do a manual reset. You have to disconnect the car battery first. Then, push the doors closed. Take your negative battery terminal and attach it back, then the positive one. This resets the battery.

Go to the driver’s side and turn your Odyssey on. Find the toggle switch and make sure it’s off for a moment. Then you can push it so it’s back on. This is the same switch by the steering wheel column we talked about earlier.

Now find the power sliding door buttons, of which there should be two. Push on these and hold the pressure as the Odyssey’s doors close. The doors might not budge, in which case you need to reset the switch and try again. The doors should close fully from then.

Your Odyssey’s manual sliding door has a latch that’s now malfunctioned. There are two causes for this: the fuse needs to be reset or the sensors need to be cleaned. Both are tasks your mechanic can take care of, so you might want to bring your vehicle in.

If you do want to go the DIY route, then you’re looking for the 13th fuse in your passenger side fuse box. On the top row, this should be the fourth fuse. The fuse may say “clock reset,” but it depends on the Odyssey model. When you disconnect the fuse for roughly 30 seconds and then put it back in, that resets it.

As for the sensors, these are located on both the door and the body of your Odyssey, although again it can depend on the model. Some Odyssey owners have reported that even if they cleaned the sensors, they couldn’t get their latch to work, but a mechanic could. That’s something to keep in mind as you proceed.

The Door Latch Is Stuck

Here’s another issue that can affect your Odyssey’s door latch: the latch itself is stuck!

A screwdriver can help you open a stuck latch, but it’s much better to replace the closer motor assembly. This component has a motor and a fresh latch. A trip to the mechanic may also be in order.

Did you get that door closed by now? 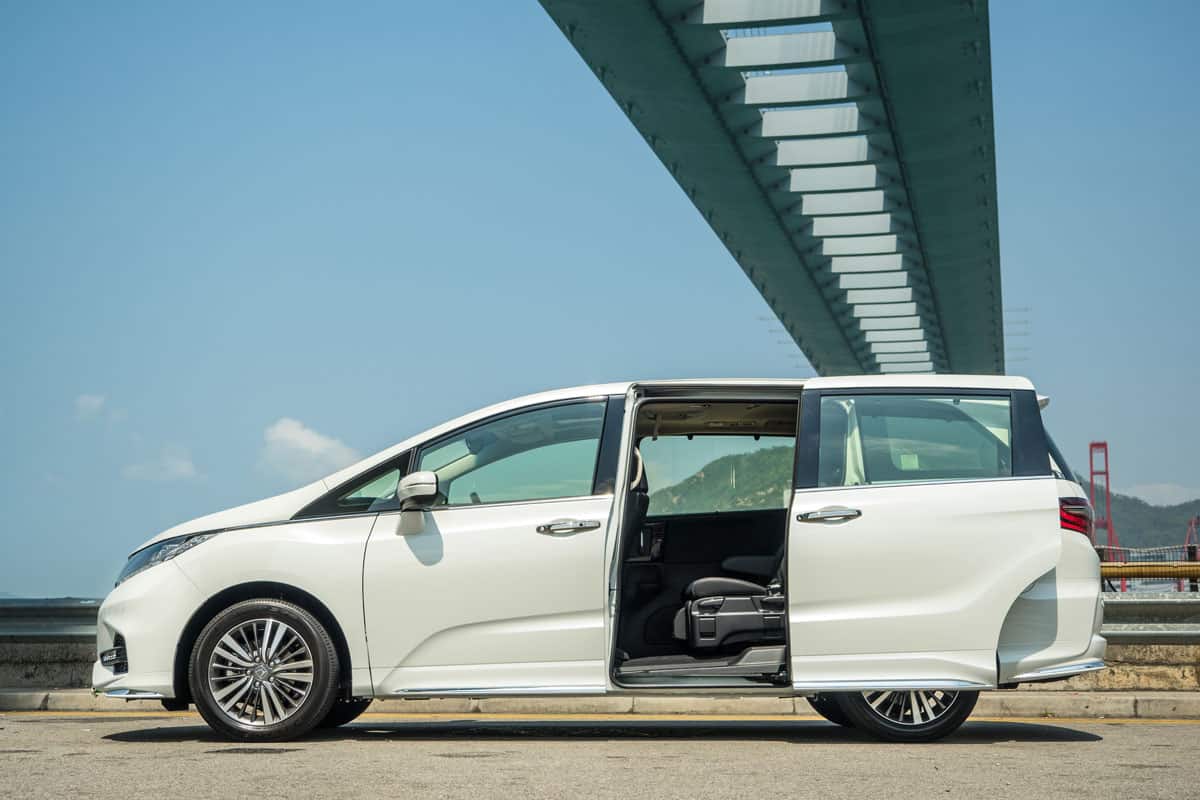 The Honda Odyssey is a dependable vehicle that has great features like sliding doors. When your doors fail, it could be due to a simple reason, such as a switch set in the wrong position or a piece of rubber falling off.

Other issues with the door, such as it getting partially stuck or the latches not working may require more advanced troubleshooting, including resetting fuses and batteries. If any fix for your Odyssey is outside of your comfort zone, always know you can go to a mechanic. Good luck! 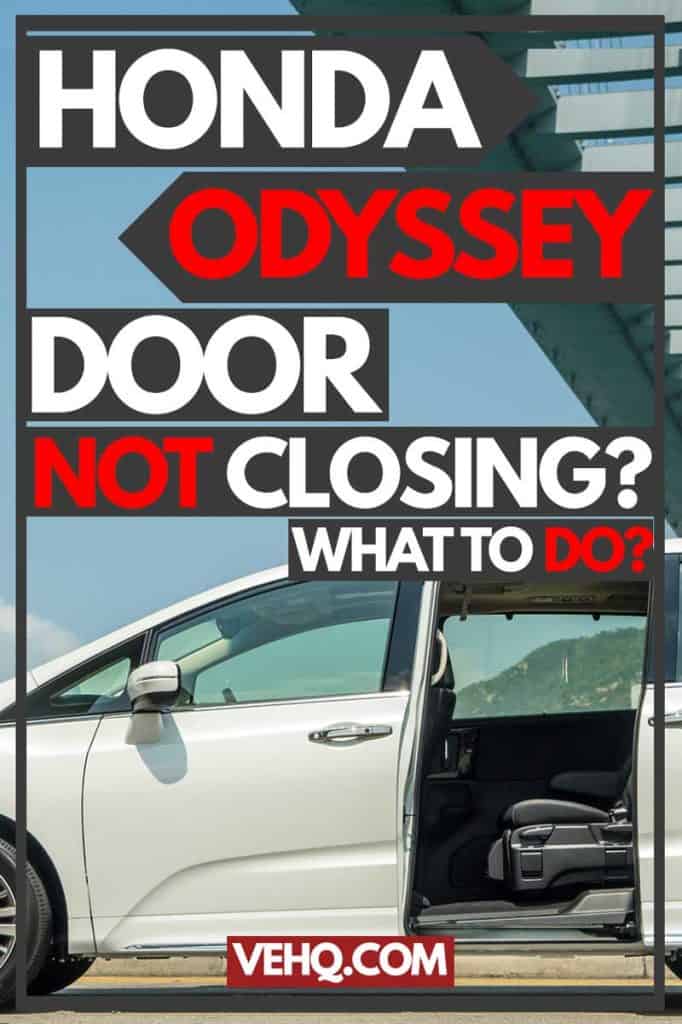 My 2020 honda odyssey left side driver side, sliding door will not close. Electronic only, there is no obvious manual override. HOW DO I FIX, checked all the fuses. No blown fuses.