The Duramax engine is a diesel engine that was first introduced in the mid-1990s by GM. It has been one of their most popular engines ever since, and they have updated it over time to keep up with the changing needs of drivers. One such change is its fuel tank size, but how big is the Duramax fuel tank? Below we have done the research and answered that question for you!

Below is the fuel tank size for the Duramax different models:

The Duramax engine has been around for many years because of its popularity. It has a sufficient fuel tank, but how does it perform? Is it reliable? In this article, we will answer these questions. In addition, we will discuss which diesel engine has the most power, so read on! 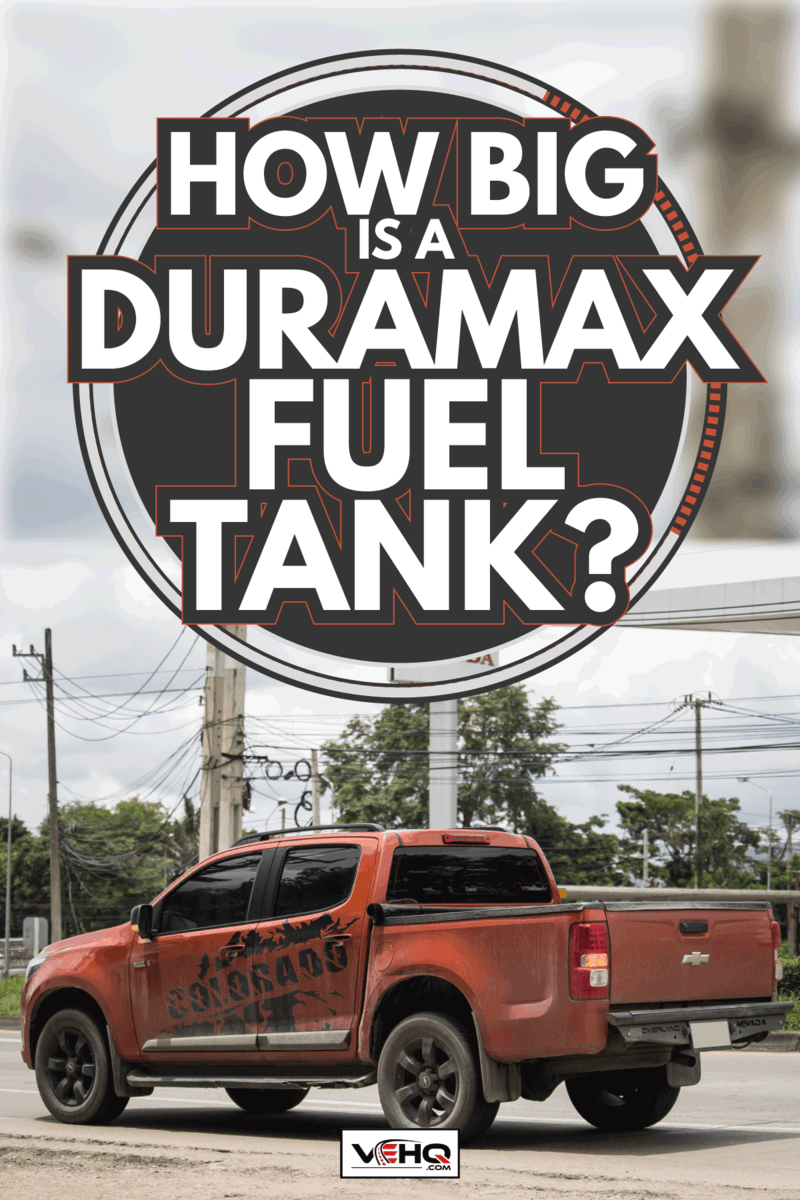 While the 6.6L has the most power and biggest fuel tank, it isn't the most fuel-efficient of the current engines.

When it comes to outstanding fuel efficiency that doesn’t compromise on capability, the new Duramax 3.0L Turbo-Diesel I-6 engine for the 2021 GMC Sierra 1500 is a seriously smart powertrain.

It offers up to an EPA estimated 30 MPG highway with its 22-gallon fuel tank.

The Duramax 3.0L Turbo-Diesel offers high levels of efficiency with up to 30 MPG highway, making it the most efficient Sierra 1500 ever.

This powertrain was engineered using multiple advanced combustion technologies for this purpose; you can spend less time and money at filling stations while getting more done in your day!

The engine has a high 15:1 compression ratio, so it can work well in demanding situations and still provide great fuel economy for times when you’re at a standstill like traffic lights or stop-and-go traffic with a start/stop technology (with the push of an extra button).

The Duramax 3.0L Turbo-Diesel also uses Active Thermal Management to target specific areas of the powertrain system for heating and cooling, which helps it warm up quickly and maintain an ideal temperature for performance and minimize fuel consumption.

In addition, the engine is aided by ceramic glow plugs that allow cold starts in colder weather to be much quicker than traditional ones while still allowing them not to need a block heater until temperatures drop below -22 degrees Fahrenheit.

The Duramax 3.0L Turbo-Diesel has plenty of low-end torque to haul heavy loads, pulling up to 9,100 lbs and 1,830 lbs for four-wheel models—it gets you high fuel economy during your trips with this model. 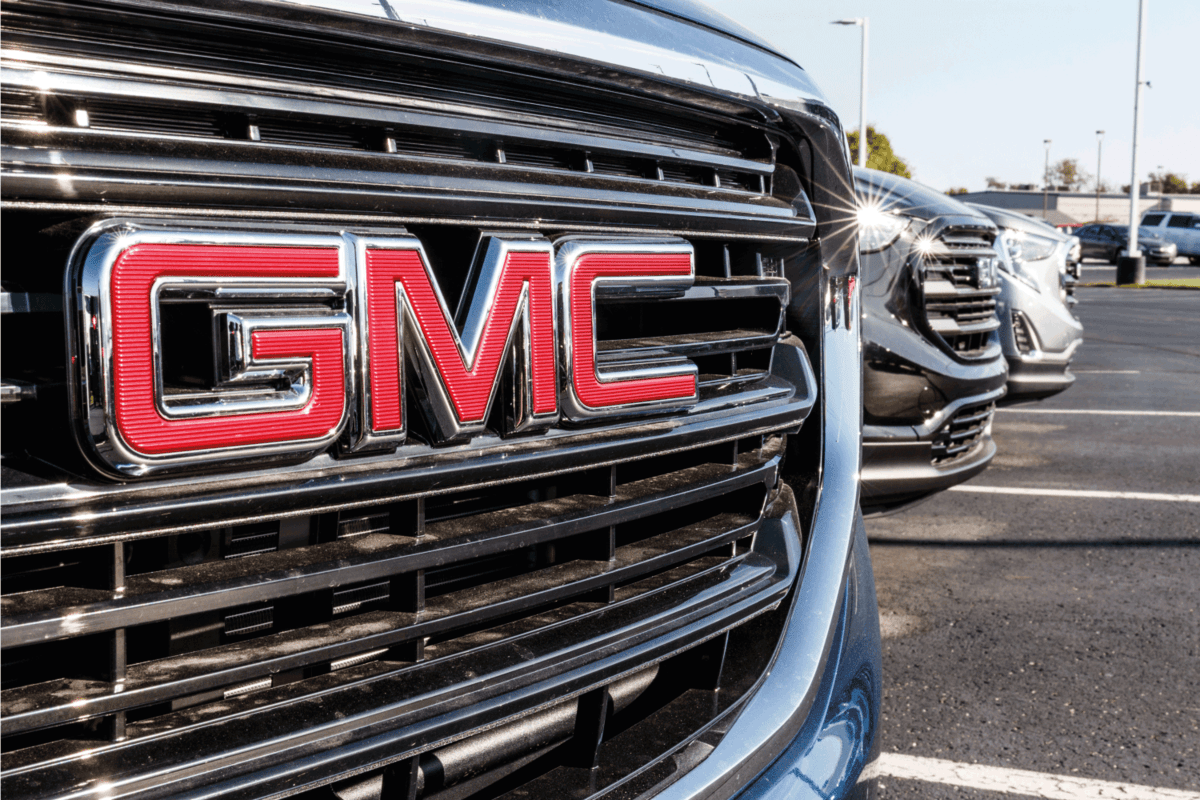 What is the best year Duramax to buy?

The 2017 L5P Duramax is the latest and greatest model of its kind. It's substantially more durable than previous models, with an impressive 445 HP and 910 lb-ft torque output.

In addition, L5P replaced the older 2015 LML in Chevy Silverado pickup trucks, available for purchase as of 2017.

Any generation Duramax truck will pull a heavy trailer with no issue. Of course, they all have their own quirks and issues that can be resolved, but once they are, you'll have reliable trucks with strong engines for many miles ahead of you.

Most people claim the 2007 LBZ model to be the most desirable and dependable platform on this engine line. That being said, there have been no major recalls on the Duramax since 2005.

The LBZ was much more powerful than the LLY, and it easily had the most aggressive engine of any Duramax. Unfortunately, it did not have a diesel particulate filter (DPF), allowing greater performance but requiring extra maintenance.

Nevertheless, this durable powertrain proved popular with truck owners until stricter emissions laws meant that only trucks equipped to meet federal regulations could be sold in 2010-2011.

Duramax's design was to create a diesel engine that could fit in the same spaces as gasoline engines.

This is no easy feat: Diesel engines are typically larger and heavier than their gas counterparts because of the extra equipment required for compressed air injection.

How much horsepower does a Duramax have?

The new Duramax 6.6L is a next-generation redesign of the venerable turbo diesel engine, incorporating an all-new GM-developed control system.

However, the signature low RPM torque production hasn't changed, offering 90% of peak torque at 1,550 RPM and sustaining it through 2,850 RPM. This attribute contributes to confident pulling power that makes its presence known on trails or hauling heavy loads across town.

The truck has a new stronger, more durable front prop shaft and larger U-joints. Some highlights include:

Any generation of this dependable motor will give you years of use if properly maintained: make sure that whichever one you purchase from a trusted dealership or independent seller thoroughly inspects their vehicles before selling them!

These trucks are known for easily going over 300,000 miles without any major repairs.

What is considered high mileage for a Duramax?

Any generation is considered high mileage on this engine line is when it has reached about 300k+ miles; however, they can go much further with proper maintenance and upkeep.

Any model produced in recent history (2007 forward) should provide many years of trouble-free service given routine oil changes and other necessary services performed by qualified mechanics at your local garage.

For best results, follow all manufacturer recommendations for service intervals and parts replacement. 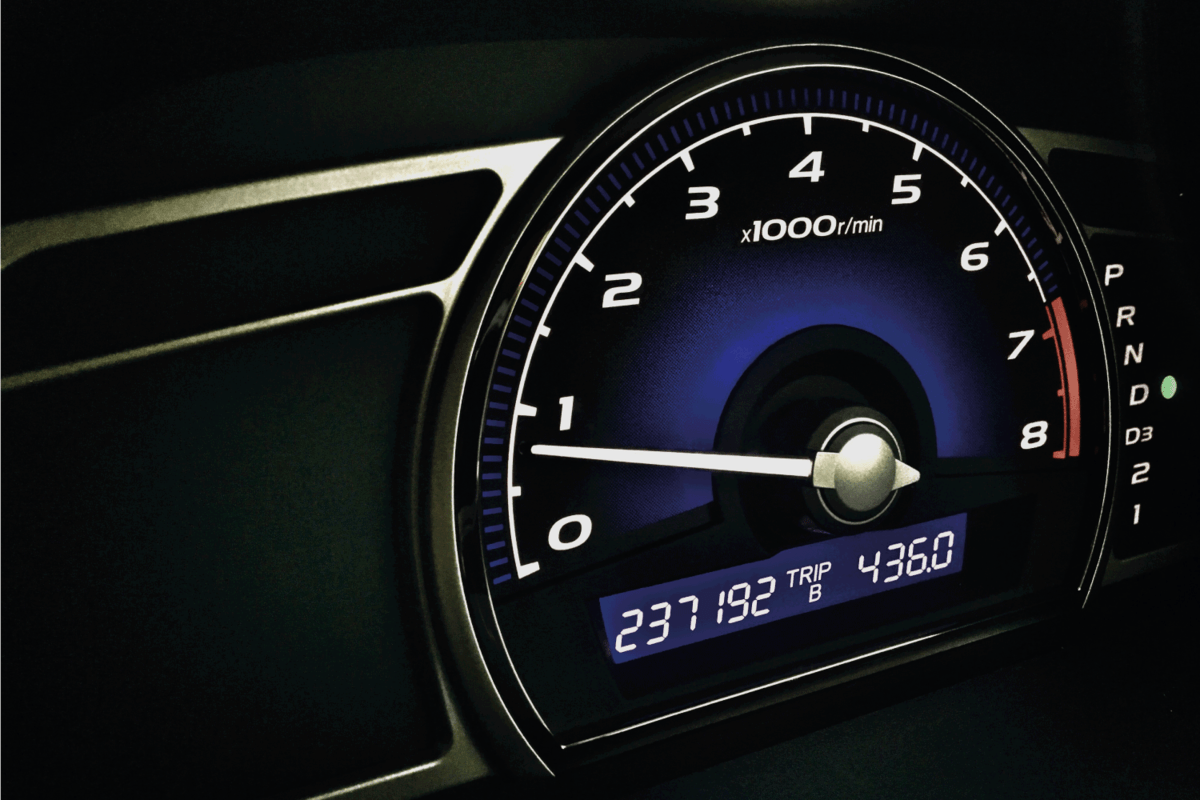 Which is better, Duramax or Cummins?

Deciding which is better between the Duramax or Cummins is a tough question. GM and Chevy fans will say the Duramax and Ram fans will probably tell you Cummins is the best. However, is there a real winner?

When it comes to power, the 6.7 liter Cummins diesel engine is slightly less powerful than the Duramax with 400 horsepower versus 445 horsepower, respectively.

However, despite this difference in outputs between models and lines of engines, both brands have a long history of producing high-powered machines that make them comparable engines.

The real difference becomes apparent when you look at torque output in years past; the Duramax has a clear advantage with more than 100 foot-pounds of torque over the Cummins, which leads to better fuel economy and overall performance for work applications.

The Ram's engine is purely made as a workhorse specifically for light trucks, while GM wants their engines to be in all types of vehicles from cars, SUVs, and even heavy-duty commercial trucks like school buses or 18 wheelers!

As such, they make an engine that is less focused on power but more optimized toward efficiency without sacrificing too much pull strength.

So, in short—if you need to tow big loads regularly, then go pick up a Duramax; however, if you are looking at hauling more of a mixed load, then go with the Cummins.

However, is the Duramax still the winner when it comes to torque with the new models coming out? Read on as we discuss which diesel pickup has the most torque. 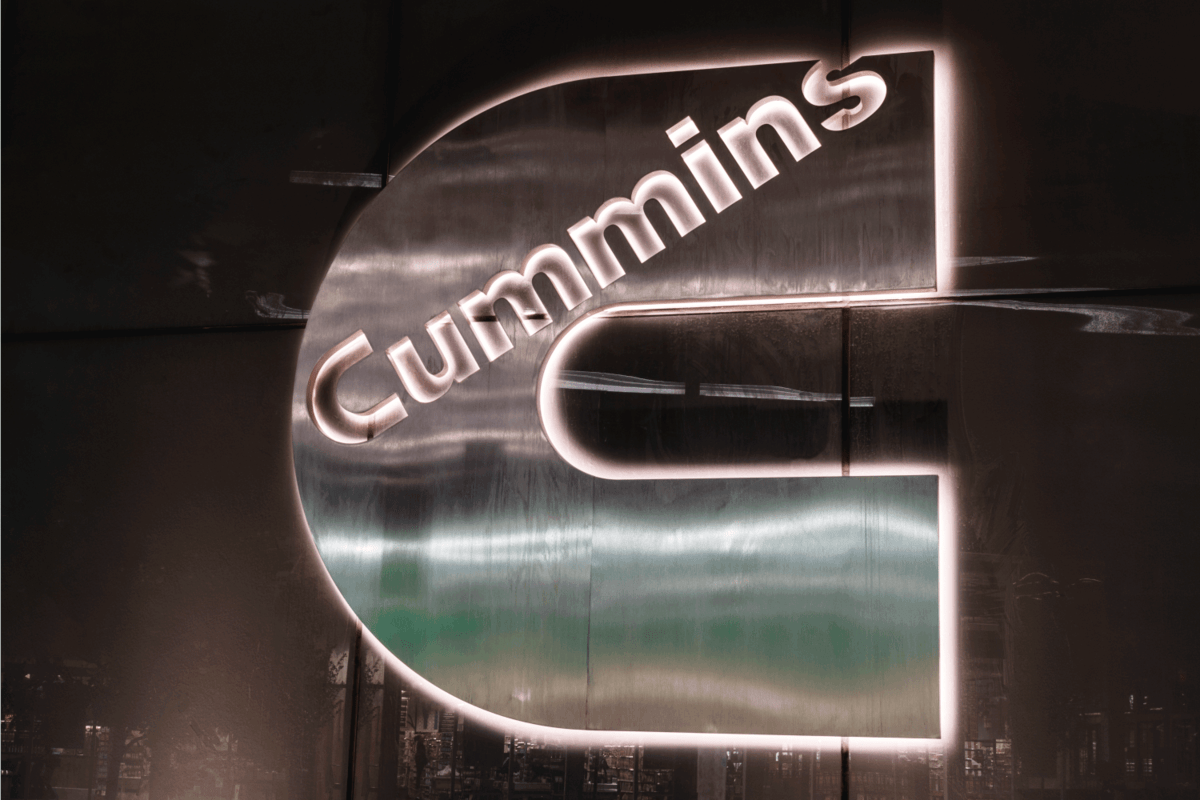 What diesel pickup has the most power?

The 2021 Ram Heavy Duty is the most powerful, capable pickup in its segment. It has a towing capacity of 37,100 lbs, with 1,075 lb-ft of torque. The torque that can tow anything you need it to—even if you don't know it's back there!

The Cummins also offers more horsepower than the Duramax, with a whopping 660 horsepower. This is thanks to it being an inline-six diesel engine.

Before, the previous models had a 'V' configuration of the Duramax. The Cummins is also available in two versions: light-duty trucks and heavy-duty commercial vehicles.

The only diesel in its class with a variable geometry turbocharger and flow rate increases for 2021. The Cummins engine produces 75 additional horsepower.

The total number of pound-feet produced by this model surpasses all other models at 1,075 lbs while remaining durable and efficient.

The heavy-duty Ram 3500 now hauls the heaviest travel trailers in the industry. In addition, this model has a rearview mirror that displays video from a camera.

The camera can turn off to revert to traditional reflective glass. The upgrade provides for an unobstructed view of what's behind you at all times while driving your vehicle—improving safety and convenience.

Ram continues to outperform the competition and sets the benchmarks for: 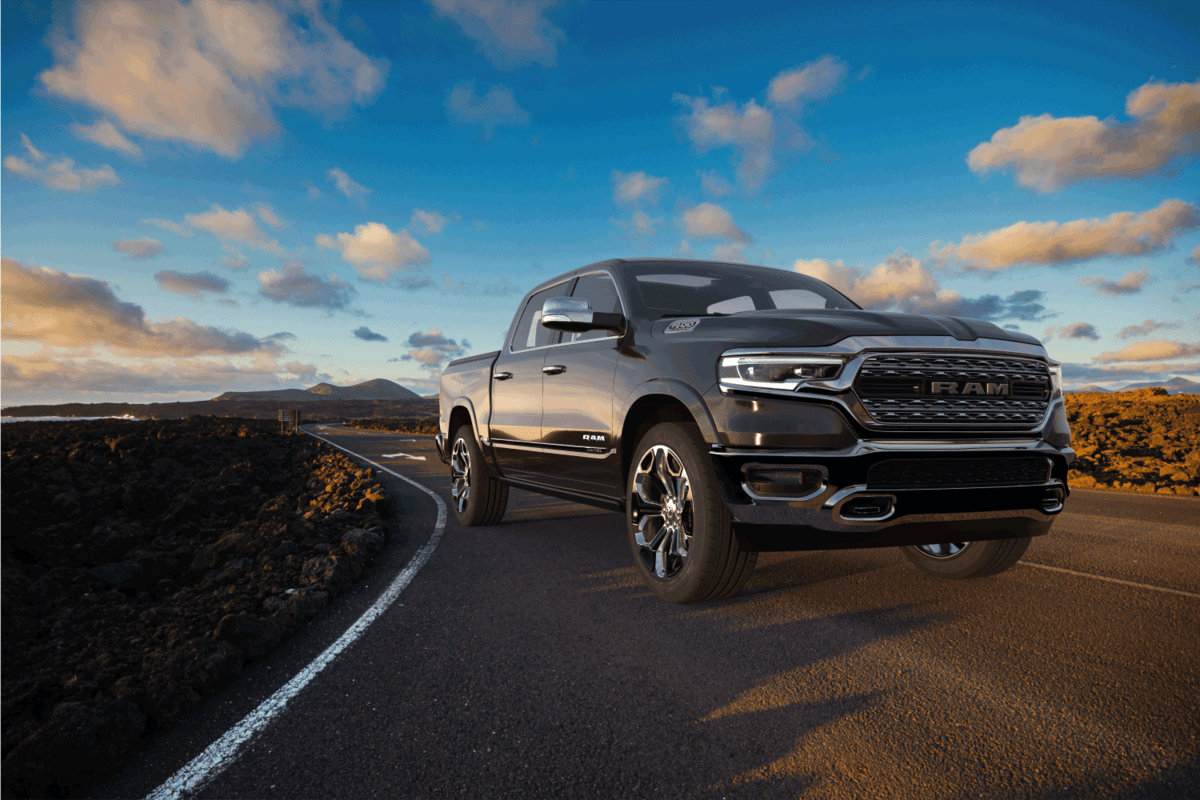 Whether you're a GM fan or a Chevy fan, the Duramax has enough options to keep consumers happy. The 6.6L has a bigger fuel tank, but the 3.0 turbo-diesel is the most fuel-efficient option.

If you are still unsure, it is worth checking out the Cummins diesel engines. They are reliable and have more than enough power for the toughest jobs.

If you enjoyed this article on the Duramax, you should also read:

Do Cummins Have Blow-off Valves?

How big is the fuel tank in your Duramax? Leave us a comment below!

JUST BOUGHT A 2008 SILVERADO 2500 hd WITH 6.6 l Duramax. The gas warning light comes on and the range (which falls very fast) indicates about 50 miles left and I fill it with only 13.5 gallons. It has gotten an apparent 15.75 MPG and the mileage checks out. It is a real puzzle. What gives?