Honda Pilot is one of the vehicles good for snow. But you may be wondering how this vehicle functions effectively on snow. Fortunately, we have consulted automotive experts, and here is what they have to say.

The Honda Pilot can drive in snow and is easy to operate during winter because of its safety systems, stable handling, and other features that boost comfort. It also has good traction control. The Pilot comes with a Road Departure Mitigation System (RDMS), Vehicle Stability Assist, and an Anti-lock Braking System (ABS).

Driving when it snows can be difficult for car owners. However, while other vehicles may become immobilized by snowdrifts, the Honda Pilot can navigate heavy snowfalls without stopping. Keep reading to get detailed information on how Honda Pilot drives in the snow. 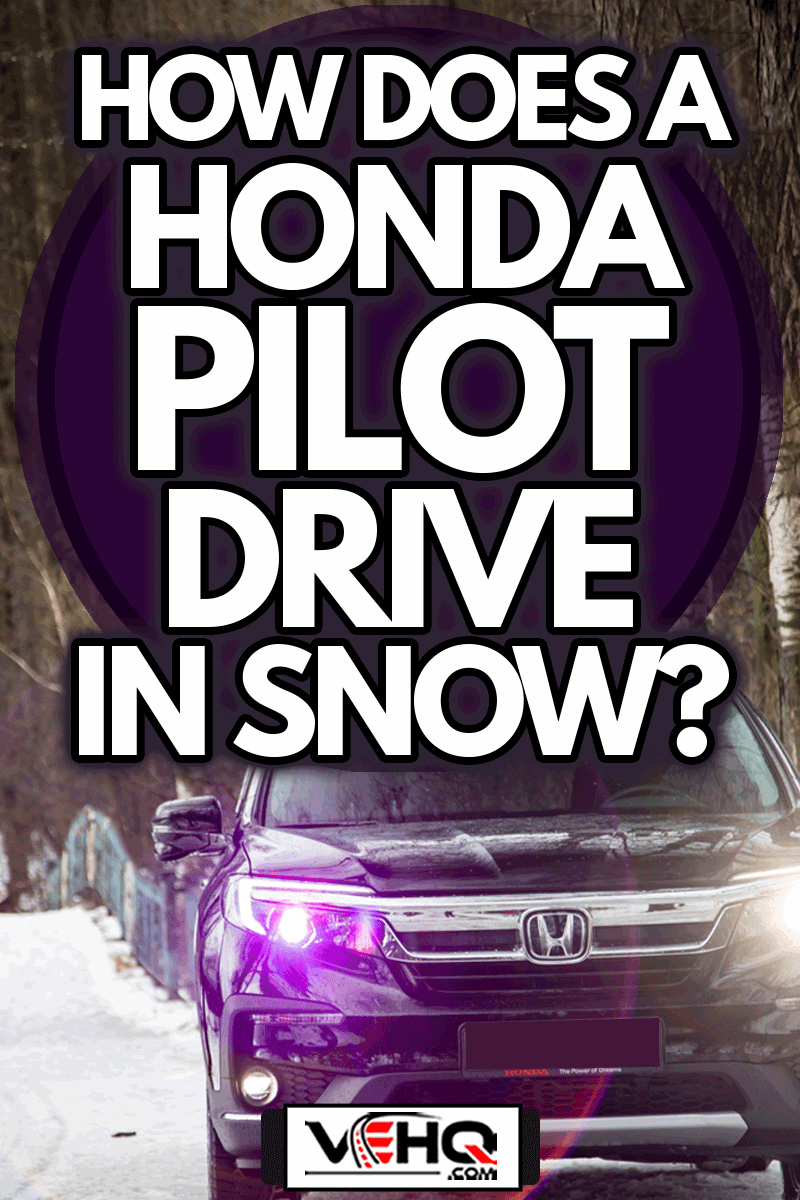 Driving A Honda Pilot In Snow 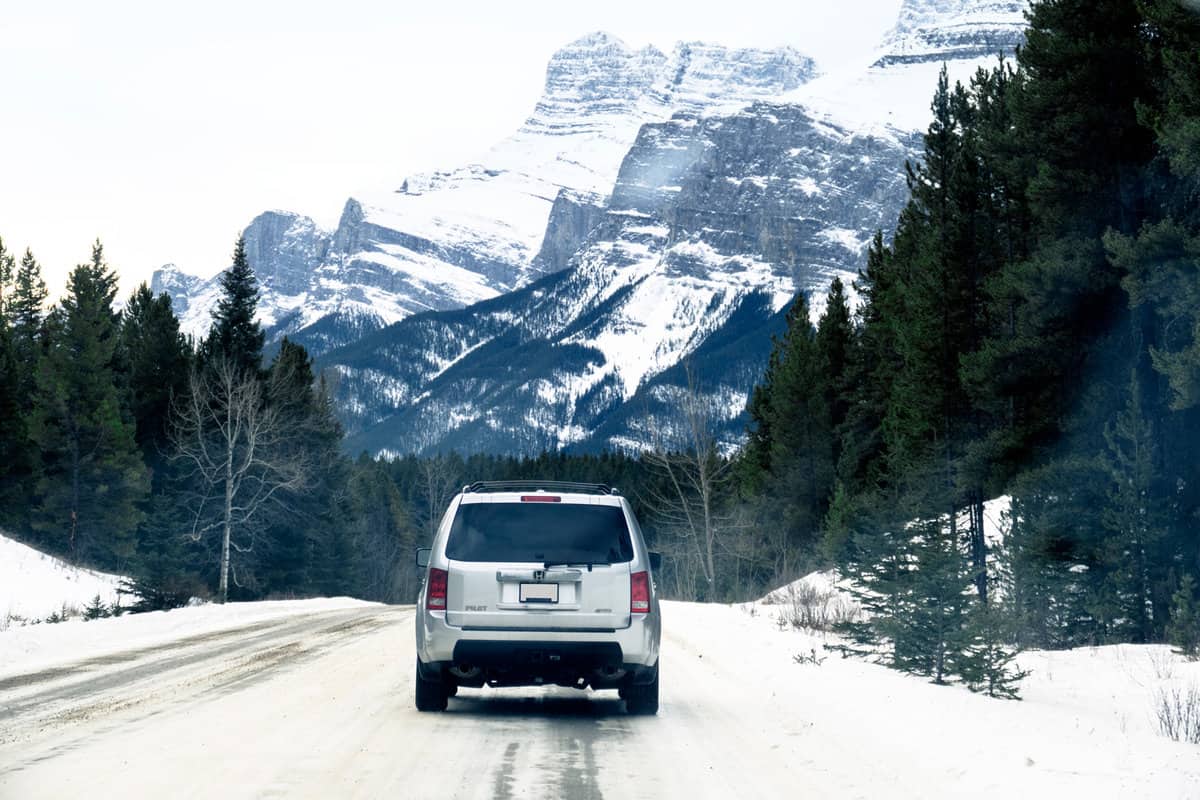 The Honda Pilot is among the SUVs that function well in snow. Generally, SUVs are good in snow. But the Pilot takes snow driving to a whole new level because it has features that enhance mobility and stability in icy conditions.

With a ride height that can withstand heavy snowfall, the Honda Pilot is also capable of traversing the snow. A 3.5L V6 engine enhances the Pilot's ability to navigate in severe snowfalls. Driving when it snows heavily can be challenging, you can drive through snowdrifts without losing mobility with a Honda Pilot.

The pilot functions in the snow with the help of some systems. The following are features that enhance the Honda pilot’s mobility and stability in snow:

The all-wheel-drive system of the Honda Pilot determines the amount of torque required by each of the wheel axles. This feature enables the clutch to be activated individually so the torque can be sent to all wheels at the same time.

When the system detects wheel slides, the traction control applies the brakes and limits the power that maintains grip. Traction and stability control systems help in preventing accidents.

The Road Departure Mitigation System (RDMS) is a Honda Pilot feature that prevents unintended departure from the roadway. It can identify lane markings on the roadway and also detect when a car travels out of its lane. The RDMS will send a visual alert if there is a change of lane.

This antilock braking system is engineered to monitor the wheel speed of a Honda Pilot to keep the wheels from locking up when a brake is applied.

The anti-lock braking system on the Honda pilots can be activated if a wheel seizes due to excessive braking effort. This prevents the Pilot's wheel from locking up. ABS is crucial in the winter. Since the Honda Pilot has ABS, excessive brake force does not cause the wheel to seize. 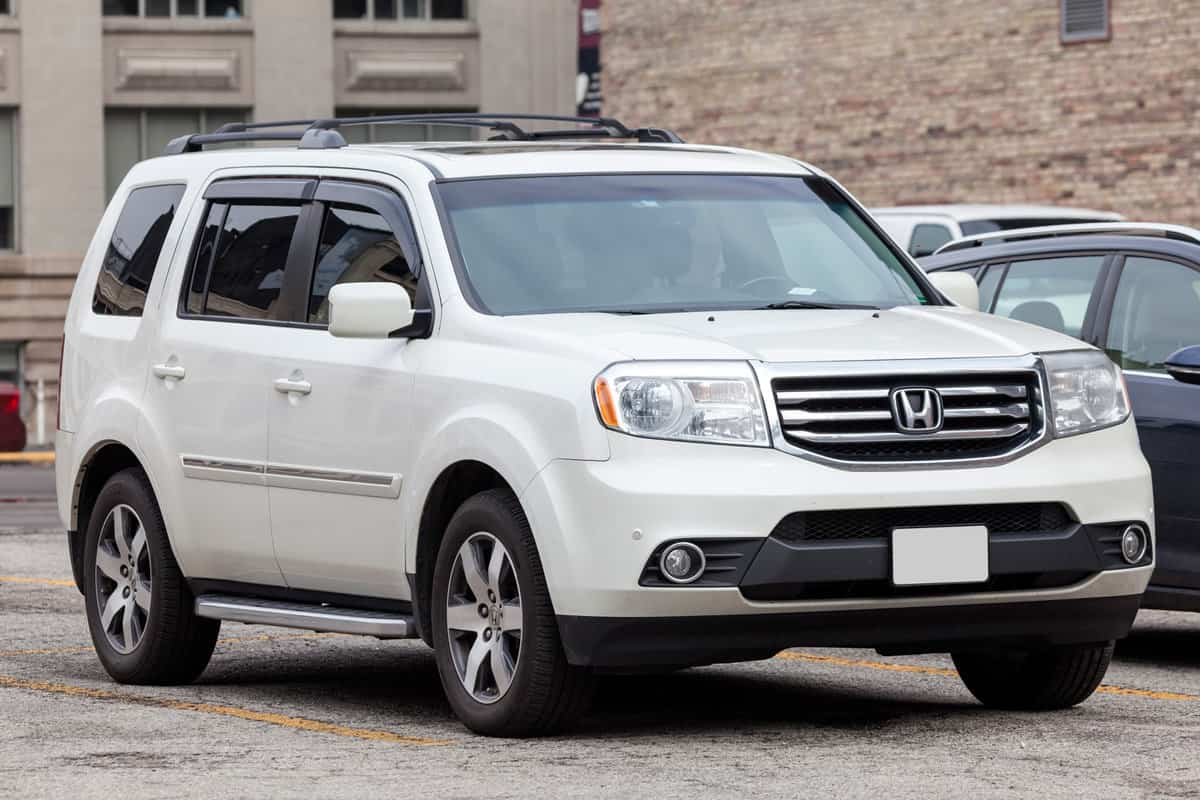 How Much Snow Can A Honda Pilot Handle?

It has been estimated that the Honda pilot can handle approximately 6.5 inches of snow without losing mobility and control. The 2020 Honda Pilot is known to have a ground clearance of approximately 7.3 inches.

Due to this relatively high ride height, the vehicle is able to handle high amounts of snow. The features in Pilot help boost mobility and stability when it snows. The Pilot AWD system is a good example.

Snow tires are the best for Honda Pilot owners who reside in places that receive a high amount of snow and ice throughout the winter months. When it comes to driving in the winter, having snow tires changes the process, making it much safer. The tires have a softer and more flexible rubber, which improves their traction on slippery surfaces like snow and ice.

Although the all-wheel-drive system improves traction, which can help with acceleration, it doesn't contribute to stopping the vehicle. Additionally, AWD is not a good substitute for a set of winter tires. For instance, a car with front-wheel drive with winter tires will have superior traction on snow when compared to an all-wheel-drive vehicle with all-season tires.

So, a Honda pilot will need winter tires during the winter months. Besides helping you in handling, they also aid in braking.

How Fast Should You Drive While In Snow Mode?

In snow mode, there is no speed limit. You are free to choose your own speed when driving.  The work of the snow mode is to minimize the amount of power output during acceleration on slippery or snowy surfaces.

However, when snow mode is engaged, the vehicle will automatically shift into second gear from a stop, reducing slippage between the wheels and improving the power distribution.

It is difficult to come by proper traction in snow, and if you lose control, regaining it back won't be easy on slippery surfaces. Honda snow mode is meant for just these conditions.

Honda Pilot comes with 2WD, 4WD, and AWD. But this depends on the model year. The FWD is a standard drivetrain found in the majority of the models, while the AWD is optional and has a technology that detects road conditions. It then changes the power directed to the wheels according to the condition. 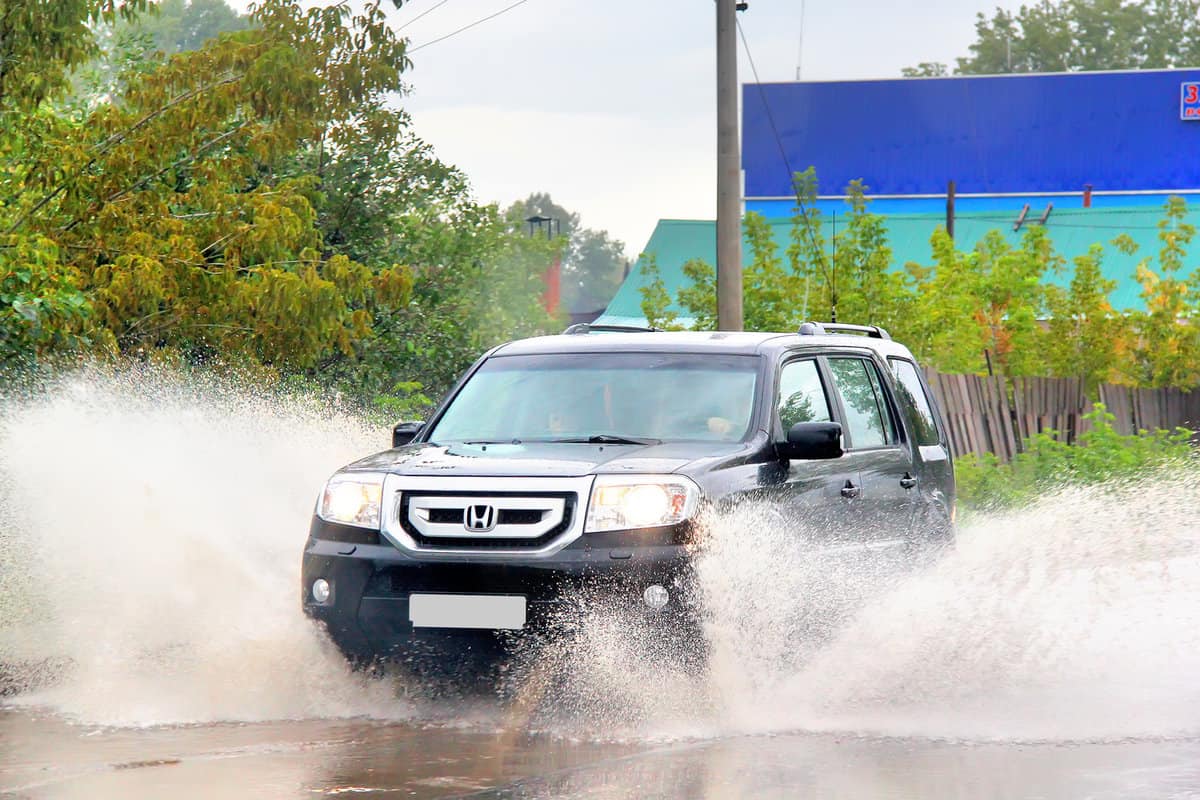 Is Driving On Snow Hard?

Driving in snow is a difficult and dangerous task. There is a high risk of slipping and sliding, especially if the snow has been on the ground for a longer period of time. However, most people are concerned about getting stuck in a foot of snow, but a foot of snow isn't always what you need to worry about during winter. Even a light coat of snow can make driving conditions hazardous.

The road becomes even more dangerous to drive on as the snow melts and interacts with other substances such as engine oil, tire debris, and other fluids leaked onto the roadway. If you are not careful, you may not be able to control your car.

Furthermore, some temperatures can cause snow that has melted to refreeze and develop into a layer of ice on the roads. The ice that forms can cause terrible road disasters because your wheels may slide out of control.

Can Additional Snow Gear Be Installed On Pilots?

It is possible to install additional snow gear or other equipment that can boost the Pilot's handling ability. Snow tires, ice studs, snow chains, and snow socks are some examples of snow gear that can be installed on Pilot to enhance driving during icy conditions. Snow gears are crucial when driving on slippery surfaces. 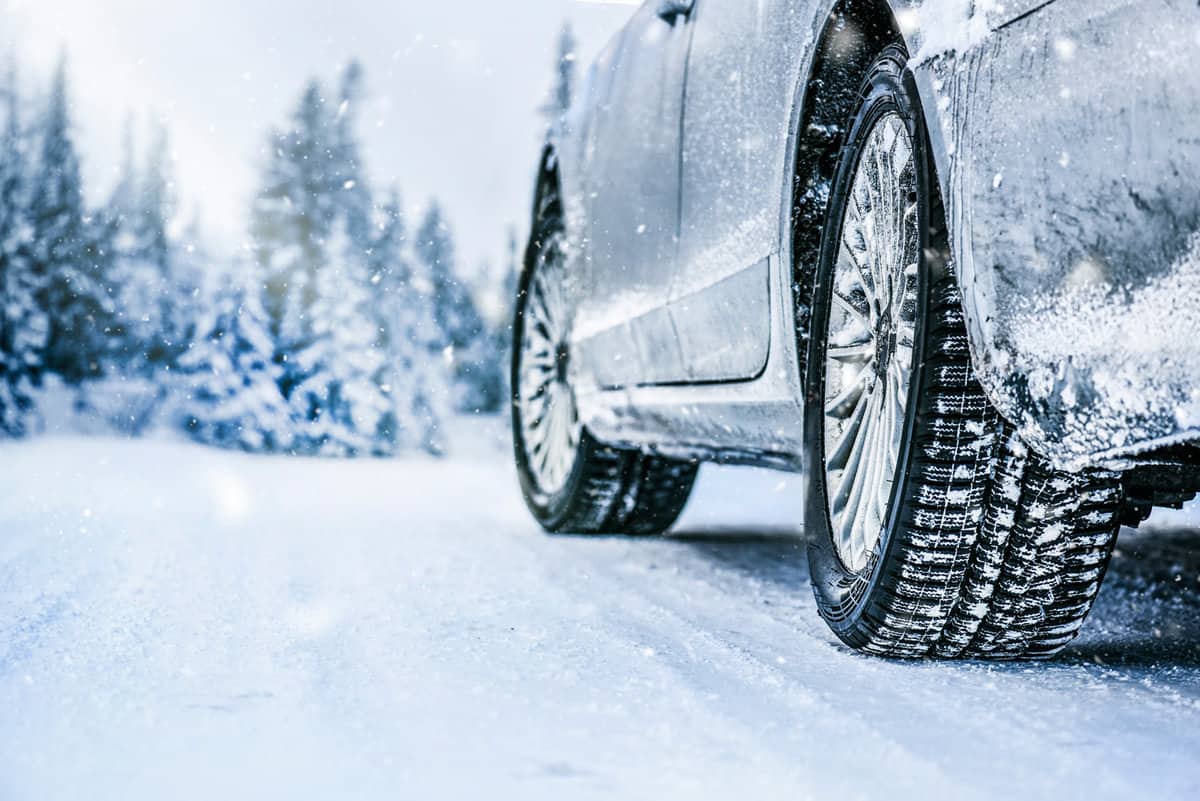 If you have AWD vehicles, you can tackle slippery surfaces. You can also get out of unplowed roads and accelerate on snow and ice. But they need winter tires to work effectively. AWD doesn't do much when it comes to turning and braking on snow and ice.

The Honda Pilot is a good choice for winter driving because it comes with safety features that enable it to function properly when there is snow. The Pilot has RDMS, which identifies when the car begins to slide off the road. It also has ITM, which helps retain traction and stability in different driving conditions. ABS monitors the wheel speed of the vehicle, preventing the wheels from locking up when you catch the brake.

What's The Best Oil For A Honda Pilot?