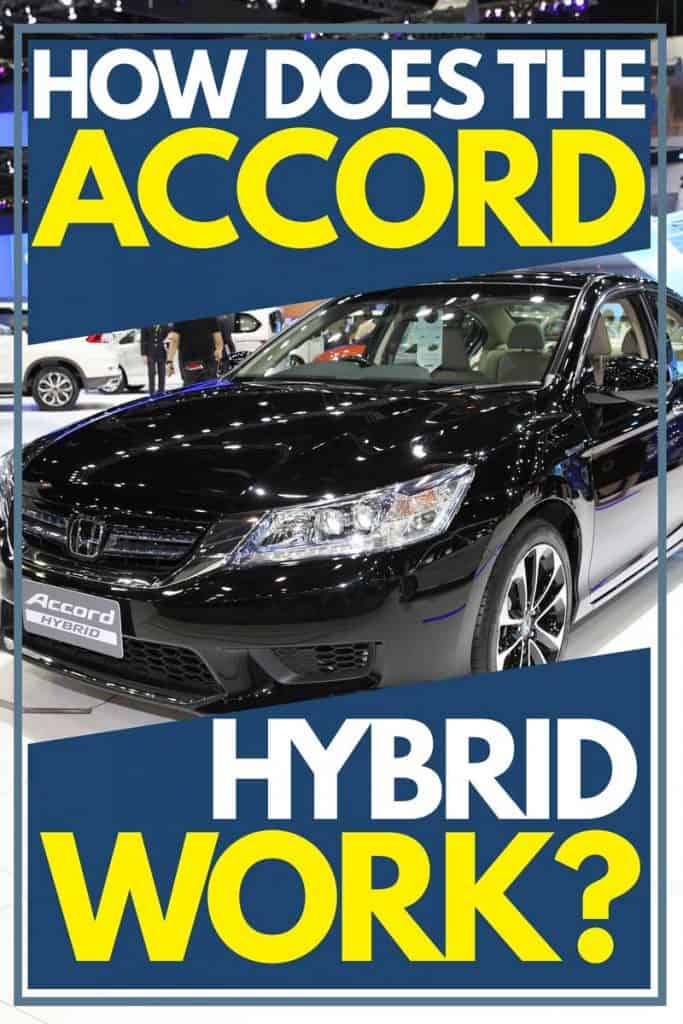 If you are looking for a new car with exceptional fuel economy, you might just be wondering how the Honda Accord Hybrid works. With an EPA rating of 47 highway and 48 city mpg, few other modern cars can match the efficiency of this sedan. However, hybrids work differently than traditional cars, so knowing what you are in for with a car like this is a good idea before deciding to purchase one. We have gathered together tons of information about this hybrid to help you decide if this is the kind of car you can live with. Here is a brief overview of the car's functionality:

The current-generation Accord Hybrid, which debuted in 2018, functions similarly to the previous generation hybrid. There is a 2.0-liter 4-cylinder engine that works in conjunction with two electric motors. The car can operate in three drive modes, which affect whether the electric motors drive the car alone, or with the help of the gas engine. Using the brakes helps to regenerate power for the battery. The transmission is a 1-speed "direct drive" unit that functions like an electric car's gearbox.

But stay with us as we take a deep dive into the Accord Hybrid - specifically, the powertrain and transmission. After reading this full article, you should have a great idea of what makes this hybrid unique. 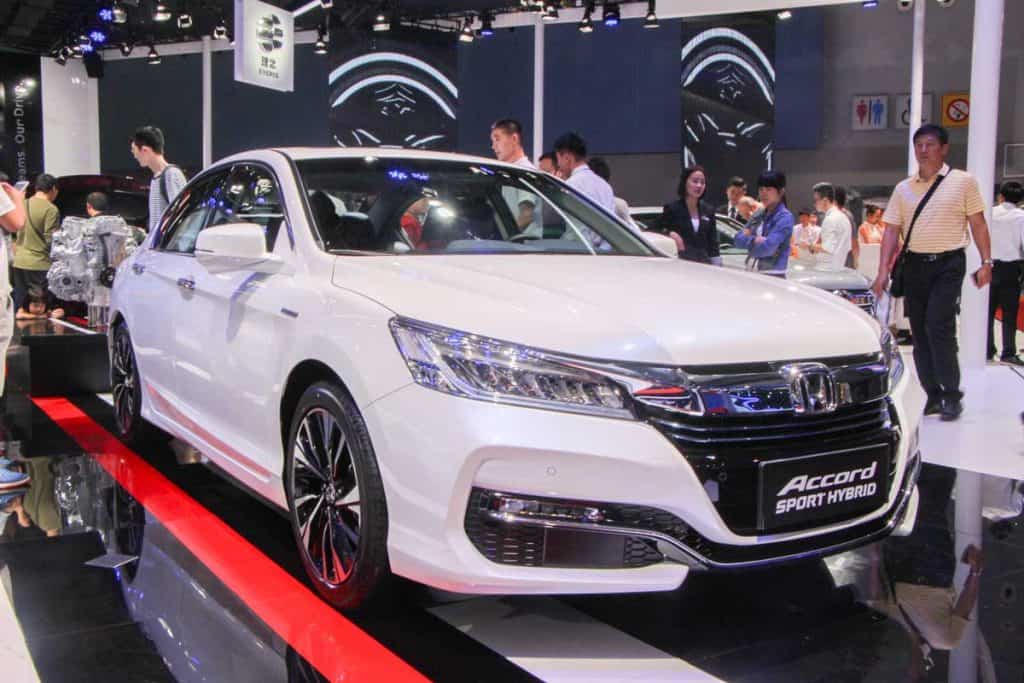 Accord Sport Hybrid | Photo by Nissangeniss

In comparison to a traditional internal-combustion-engined vehicle or especially to an electric vehicle, the Accord Hybrid is ">very complex. That's because it uses components from both types of vehicles.

Like all hybrids, these Accords have two methods of generating power to drive the wheels - a gas engine and two electric motors. Depending on the drive mode you are in, the gas engine will either send its power to the wheels or to the battery for charging.

As it operates, the gas engine hooks up to an overdrive clutch. That clutch spins along with the engine. A generator is hooked up to the engine via a gear. That generator is surrounded by an electric motor and it is powered by the battery pack.

The good news is that you don't have to worry about any of this as you drive. The car can juggle all of these functions behind the scenes and deliver exceptional fuel economy while it does. If you would rather have an active part in the system, you can select the drive mode (more on that later).

All cars have to have a way of sending power to the driveshaft. And it's almost always a transmission - either an automatic with a set number of gears or a CVT (continuously variable transmission). However, the Accor Hybrid dispenses with these methods of transmitting power.

Instead, the Accord uses a single gear, meaning it really doesn't have a transmission. This is how most electric vehicles operate as well, and it has some benefits - the main one being that it is less complicated than a transmission. And in an already complex vehicle, eliminating complexity is always a good thing.

This gear, referred to as direct drive, transfers the power straight from the source (engine, electric motors, or both) to the driveshaft. So, is this a good thing? Most reports, like this one, indicate that this is a smooth system, unlike the clunky operation of many other hybrid gearboxes. Drivers never have to wait on slow shifts because there are no shifts, and it also lacks the rubber-band quality that some CVTs exhibit.

Standard Features of the Accord Hybrid 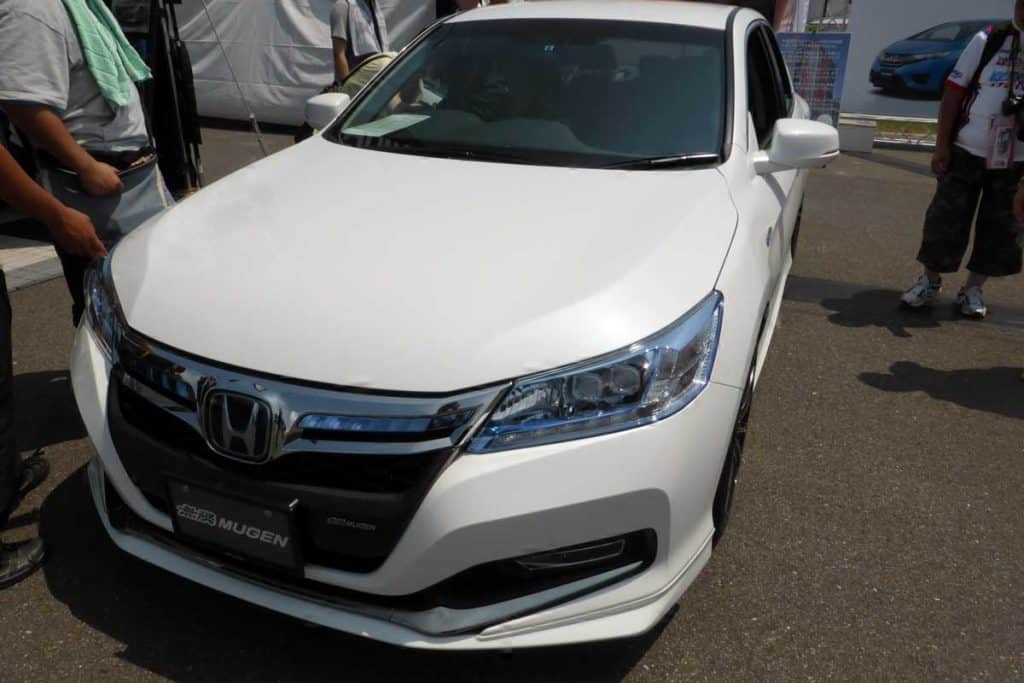 Smart Entry with Walk Away Auto-Lock

What Are the Power Modes of the Honda Accord Hybrid?

The Accord Hybrid operates in three distinct power modes. These modes change the way the car drives, so drivers can customize their driving experience as well as their efficiency.

In EV Drive mode, the electric motor provides all the power to the car.   It is using battery power at this point - the engine is shut off in EV Drive mode. or regenerative braking. Because of the limited battery capacity, the Accord Hybrid can only drive in this mode for short distances.

In Engine Drive mode, the Accord Hybrid uses a clutch to join the gas engine to the front wheels. This is the only mode where the gas engine actually drives the car.

What's the Honda Accord Hybrid Power Flow Display Like?

The Accord's Power-flow indicator is located in the Driver Information Interface. This display shows the driver which mode the car is in by highlighting the systems that are currently working.

This Youtube video spends a good deal of time covering the display, including the Power Flow Display:

Is the Honda Accord Hybrid reliable?

Unlike many Honda products, the hybrid Accord receives middling reliability scores. According to this cars.com article, the 2019 Accord Hybrid has a predicted reliability rating of 3 out of 5 stars. As you can see from this source, however, the 2018 model receives a 4 out of 5-star reliability rating from J.D. Power, which is considerably better. Still, neither model receives a full 5 stars, so these predicted reliability scores land this model under what many Honda shoppers expect and could be a reason many shoppers look elsewhere.

How Fast is the Accord Hybrid?

Most shoppers understand that efficiency and speed don't always go hand-in-hand, but it can be hard to live with a sluggish car. In its performance review of the Accord Hybrid, Car and Driver found that the acceleration is more than adequate. In fact, with a 0 to 60 time of 7.1 seconds, this hybrid is quicker than many other cars on the road. It is faster than the 1.5T Accord, as well as the Camry Hybrid, as tested by the same publication.

As far as top-end speed, the Accord Hybrid is not exactly a speed demon, but its electronically-limited 115 mph rating should be more than enough for everyone, apart from some Autobahn drivers, perhaps.

How long does the Honda Accord Hybrid battery last?

According to cartalk.com, the Honda Accord Hybrid's battery pack is designed with 10-year battery life in mind. And they cover you for the majority of that lifespan - each new Accord Hybrid comes with an 8-year High-Voltage battery capacity warranty. This means that if you experience greater than normal battery degradation during this time, Honda will replace the battery for you.

How Much Does it Cost to Replace a Honda Accord Hybrid Battery?

A top concern when it comes to deciding between hybrids and traditional gas-powered vehicles is the cost of replacing the hybrid battery pack. These parts are very expensive, so if you plan on keeping your Accord well past 100,000 miles, you should factor in the cost of one of these packs.

Unfortunately, it's hard to predict how much you will have to pay for a new battery pack. For starters, there are two options; new or remanufactured. Remanufactured battery packs are cheaper than brand new ones. While owners of newer Accords are not needing to purchase new battery packs yet, we can look at the cost of replacements for older Accords for an idea of the cost.

Right now, you can purchase a remanufactured battery pack for a 2005 - 2007 Accord Hybrid for $1,195 when you return your old battery. On top of that, you will have to pay for the removal and replacement of your battery. It's hard to find a good figure for a new battery pack. However, we can look at general costs for hybrid battery replacements. According to carbrain.com, you can expect to pay quite a lot more for a new hybrid battery installation - between $3,000 and $8,000.

Test One for Yourself

It's clear, then, that the Honda Accord Hybrid is not a traditional car, and it's not even a traditional hybrid, either. Honda clearly spent a lot of time trying to make this super-efficient sedan an easy car to live with. All reports indicate that this model is both fast and efficient, and comfortable to boot. Indeed, there doesn't seem to be much wrong with the way it drives, but to really find out if you can live with it, you will have to test drive one for yourself. 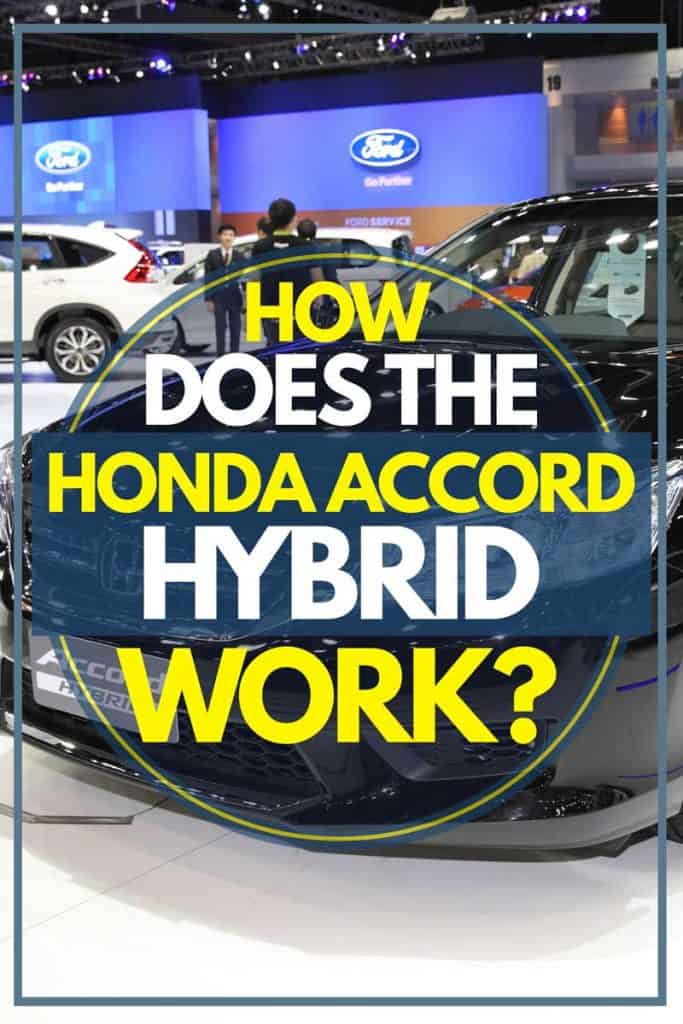