If you drive a Chevy Malibu but are running low on fuel, you might be frantically wondering how long you have until you are out of gas. Luckily, we can help you determine if you can make it to the nearest gas station.

On average, a Chevy Malibu can go 30 to 40 miles when the gas light comes on. However, it varies depending on how fast you are going and the driving conditions you are in. If you are driving at high speeds or in constant stop-and-go traffic, your distance until empty will decrease.

When the gas light comes on, the biggest concern is being stranded. That's why in this article, we will discuss how to make the most of your remaining fuel in your Chevy Malibu. In addition, we will answer other frequently asked questions about the Chevy Malibu, so read on! 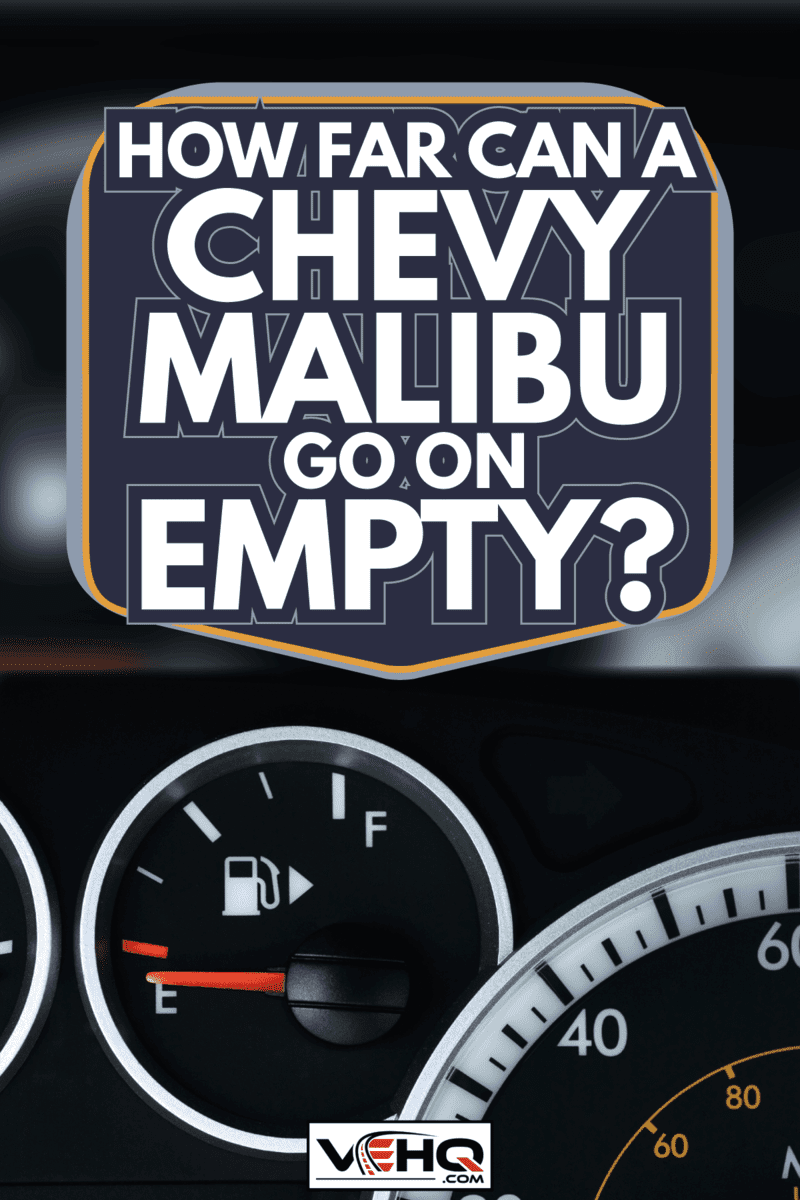 How Far Can A Chevy Malibu Go On Empty?

The Chevy Malibu is no different than other vehicles in the sense that when the gas light comes on, you still have fuel in the tank. So while it's not much, it could be enough to get you to the nearest gas station.

Consumers report that the Chevy Malibu gaslight typically comes on when it has 40 miles or less before the tank is empty. However, there are ways you can use the remaining fuel efficiently. Here's a list of tips to help you conserve fuel and get the most out of your Chevy Malibu: 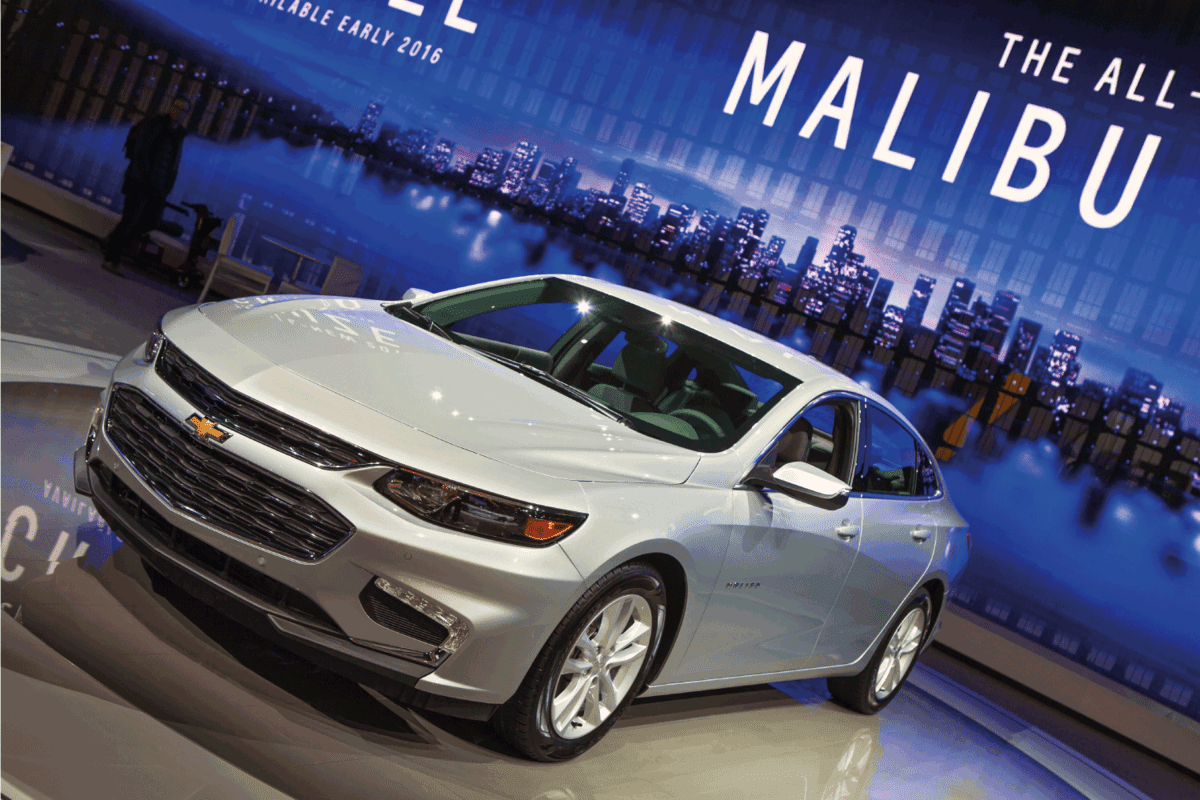 This is obvious, but you must know where the nearest gas station is. Also, some apps can assist you, such as GasBuddy, Gas Guru, or Google Maps, which will help you find the cheapest gas prices around your location.

Locating the nearest gas station will give you a plan of action. In addition, it will keep you from wasting much-needed gas.

Turn off the air conditioning

The next step is to turn off your air conditioning if it is on. Air conditioning requires a lot of fuel, so if you can stand the heat for a little bit, your gas light will turn off faster.

Roll the windows up

Turn off all electronics

As much as possible, turn off all electronics such as the radio and lights. The more electronics you have, the more fuel you will use, which means your gas light will come on sooner than expected.

When your gas light comes on, try to pick a route with more downhill driving if you are in town. While this is hard to navigate if you know your streets well, then take advantage of the downhill roads.

Driving downhill will allow gravity to assist you and conserve fuel. Next, if possible, avoid driving uphill. It is okay if it takes you a long time to navigate the road, but avoid climbing hills when your gas light comes on.

If possible, avoid idling in stop-and-go traffic. Idling is the worst for gas mileage, so if you can avoid it, do your best to start moving.

However, if you are in stop-and-go traffic, try not to accelerate quickly. Doing so will waste fuel since it takes more fuel to speed up than slow down or stay at a set speed.

If idling is inevitable, turn off the engine and save fuel. However, this is only an option to leave the vehicle running and unattended.

The safest driving speed is between 55-65mph on the highway. Why? You will have a more consistent driving experience and better gas mileage by not speeding or slowing down. If possible, turn on the cruise control to maintain the speed.

If you are tempted to speed up, try to resist it until you can find a nearby station with fuel.

How many miles can a Chevy Malibu go on a full tank of gas?

The newer Chevy Malibu's have a good mileage range on a full gas tank. Consumers will be able to drive 506 miles until empty.

Older models (2007-2018) will have a lower fuel range from 368-474 miles. However, keep in mind that the accuracy of "miles till empty" will change depending on the driving habits. For example, a mix of high speeds and stop-and-go traffic will lower the miles per gas tank.

What type of gas does a Chevy Malibu take?

If you want to save money, then the Chevy Malibu runs fine using 87-octane fuel if you don't have a turbocharged engine. For example, you should use premium gas if you have a newer Chevy Malibu with a 1.5 L turbo or 2.0 L turbo engine.

Turbochargers produce combustion, which requires a fuel that is less like to detonate or spark. If the Chevy malibu has a turbocharged engine and is running on 87-octane, then it won't perform as it should. 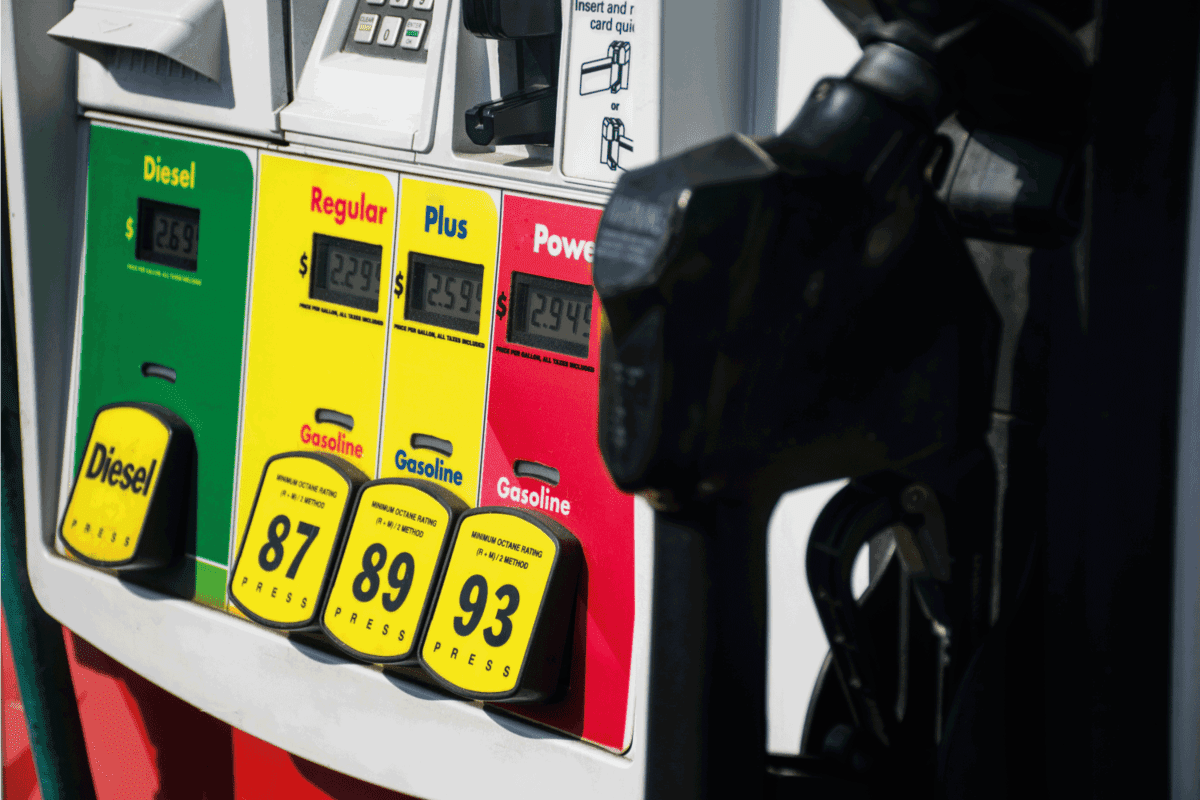 How accurate is the fuel range on a car?

The fuel range on a car is pretty accurate, with only a 2.3% error. This means that they are typically accurate within 30 miles of the actual reading on the fuel meter.

The reason being is due to the fluctuation in driving habits. For example, you will notice the fuel accuracy change whether you drive slow or high speed.

That's why if your low fuel light does come on to take the necessary steps mentioned earlier in this article. 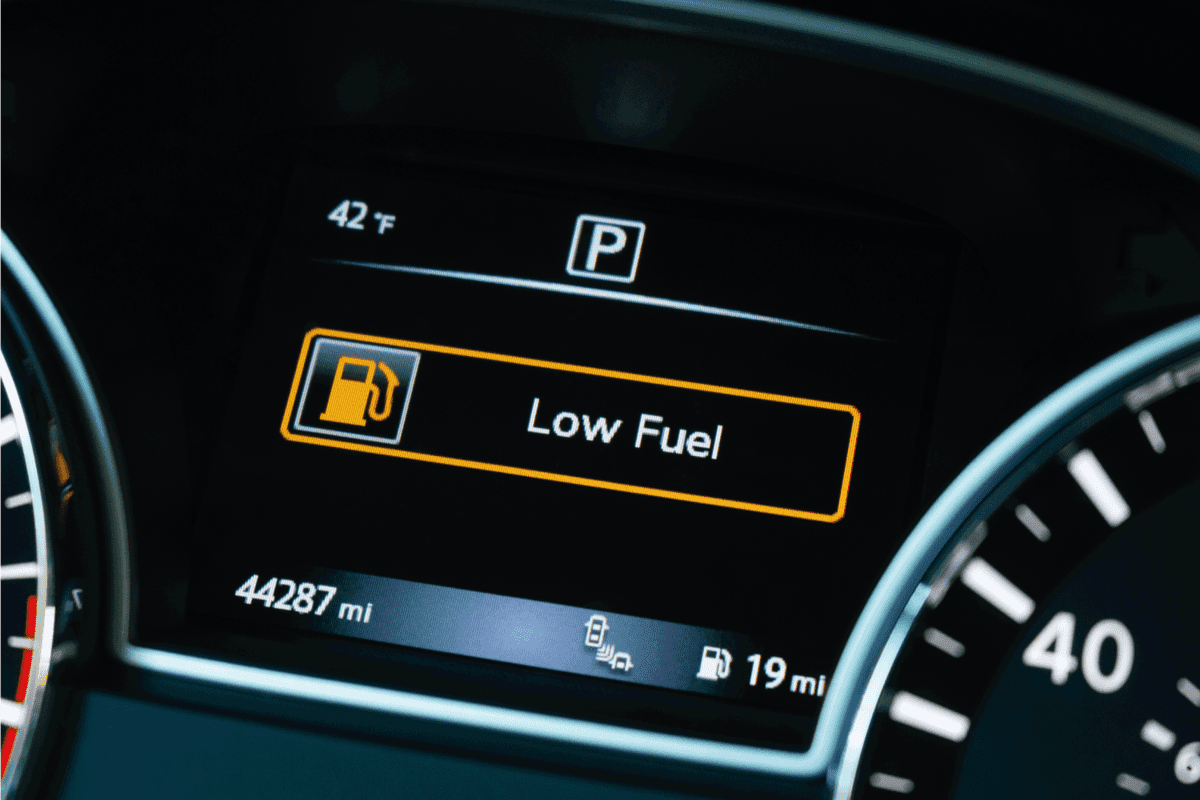 Does the Chevy Malibu have a reserve gas tank?

Typically, the Chevy Malibu will have a reserve of 15% of the entire gas tank. So, for example, if you have a 13-gallon tank, you will have 1.95 gallons of gas left in reserve.

While you shouldn't rely on the reserve gas, it is good to know that you have a chance of reaching a nearby gas station.

How many miles per gallon does the Chevy Malibu get?

The new Chevy Malibu has good fuel economy compared to its size. As a result, consumers can expect 29 mpg in the city and 36 mpg on the highway. This means, on average, you should expect 32.5 combined mpg.

Can you put E85 in a Chevy Malibu?

E85 fuel tends to evaporate much faster than gasoline. This is due to its lower ignition point. For example, it can produce a flammable vapor in temperatures below zero degrees Fahrenheit.

There shouldn't be a problem if you accidentally mix E85 with regular gas. The computer will adjust to anything over 85% ethanol fuel.

However, if you own a Chevy Malibu that isn't a flex-fuel, then you should avoid filling with E85 at all costs. If you accidentally fill your non-FFV with E85, the car will experience a loss of power and a drastic drop in fuel mileage.

In this situation, don't worry about instant damage to the engine. Instead, continuously top off the gas tank with regular fuel until all of the E85 is burned and the car's performance returns to normal.

If you are unsure if your Chevy Malibu can be driven on E85, then it is essential to check your owner's manual or consult with a Chevy dealer. You will need to provide them with the VIN to check your car specifically.

Is it bad to run your Chevy Malibu on empty?

In addition, constantly running your gas on empty can potentially cause the engine to overheat and cause sediment to build in the bottom of the gas tank. To avoid this, fill your gas tank whenever you hit a quarter of a tank. 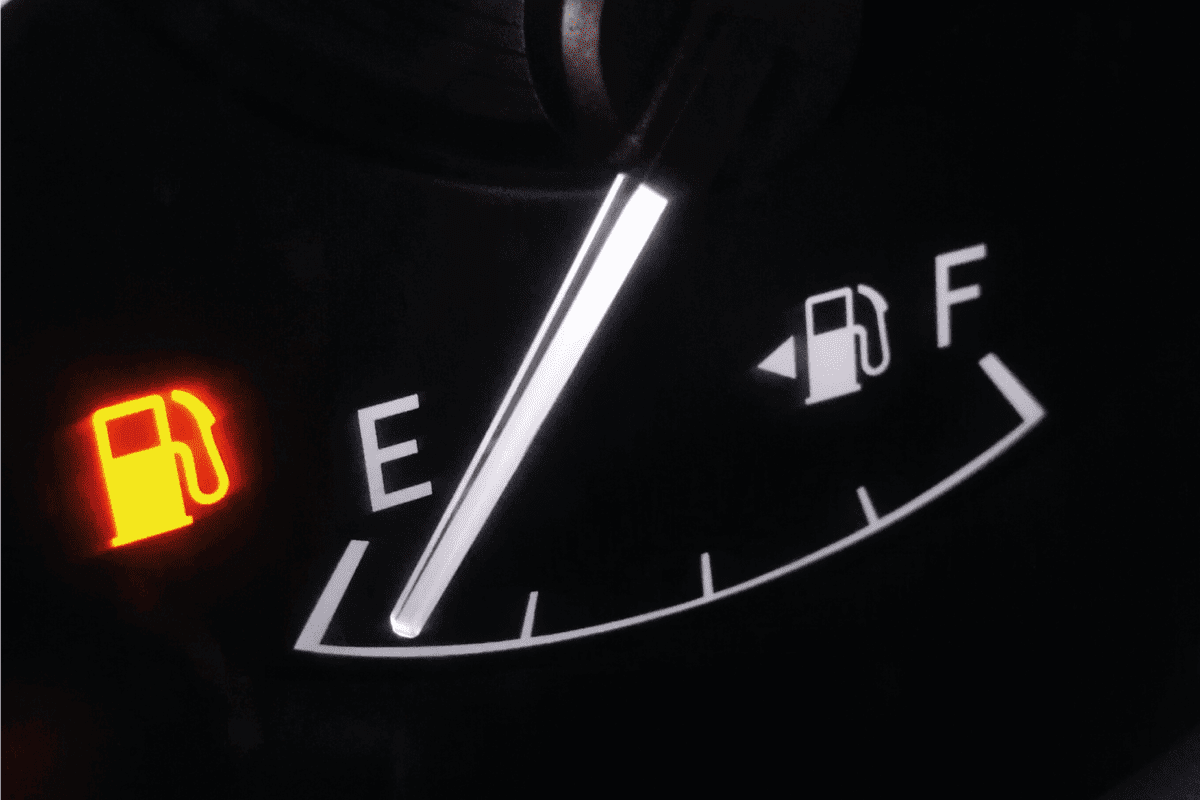 By using the information provided in this article, you will be able to take precautions before running into a potentially dangerous situation. Additionally, the fuel range of your Chevy Malibu is incredibly important and shouldn't be taken for granted.

Drivers must have the proper knowledge when they need to top off their car with gas. You don't want to risk ruining your engine or even worse, so it is good to be prepared for these situations.

Car Gas Tank Making Noise – What Could Be Wrong?

How Far Can A Nissan Rogue Go On Empty?

What Kind Of Gas Does A Hyundai Elantra Take?