Knowing the limits of what your vehicle will perform at is excellent information to have. How much power and acceleration you can potentially obtain will let you know its abilities on [and off] the road. If you are considering a Jeep Wrangler and are wondering how fast it can go, we can help you. We researched this popular vehicle from multiple professional sources so that you will know for sure what its top speed can be.

Depending on trim level and road conditions, a 2022 Jeep Wrangler can achieve speeds between 100 and 120 miles per hour. Though they can reach speeds this high, they tend not to be comfortable to ride in when driving this fast.

Now that we know how fast a Jeep Wrangler can be driven, we'll look at the engine under its hood and the different acceleration levels that it can power this vehicle too. You might also be wondering how fast you can drive the Jeep Wrangler in a four-wheel-drive high or if Jeep Wranglers are underpowered. For the answers to these questions and more, read ahead in this post to see what we've uncovered in our research. 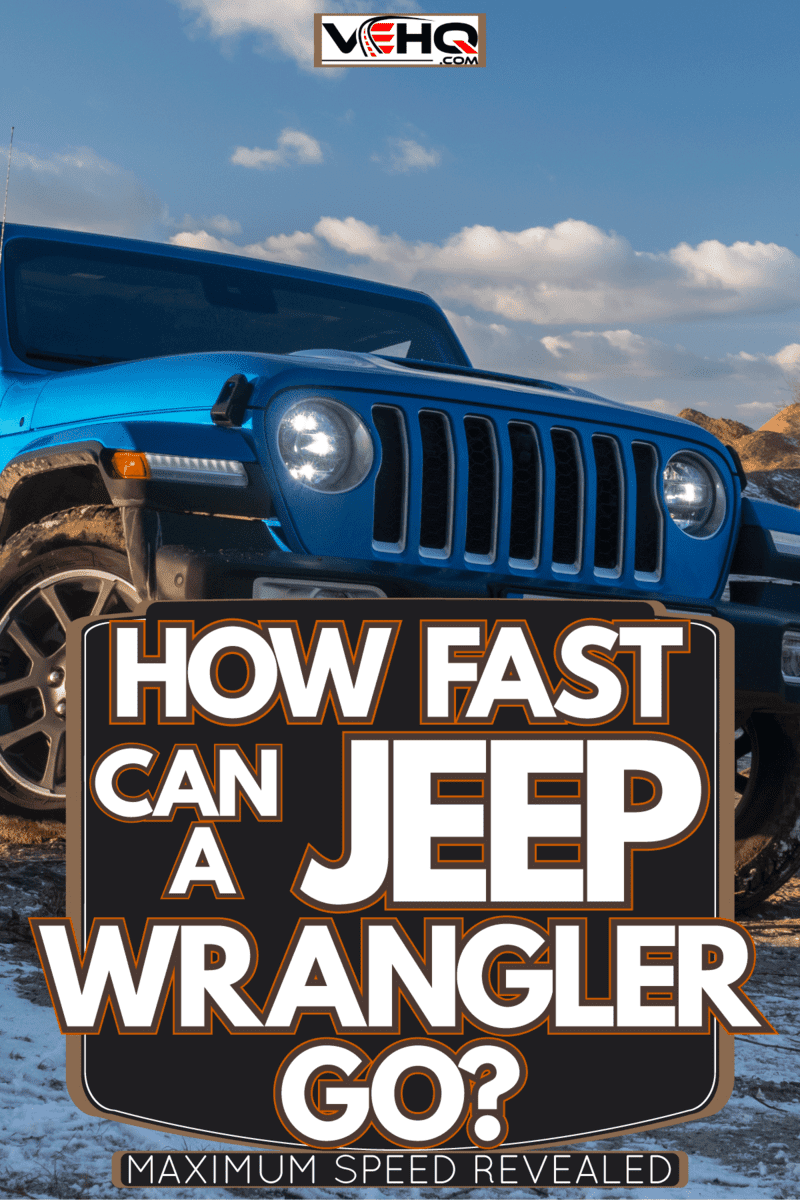 The engine that powers the Jeep Wrangler

Under the hood of the 2022 Jeep Wrangler is a 3.6-liter V6 with 285 horsepower and 260 pound-feet of torque. The base engine can accelerate from zero to 60 miles per hour in 6.7 seconds. This model can complete a quarter-mile in 15.3 seconds. The Wrangler has a four-wheel-drive configuration and has a standard six-speed manual transmission with the option of being equipped with an eight-speed automatic transmission. 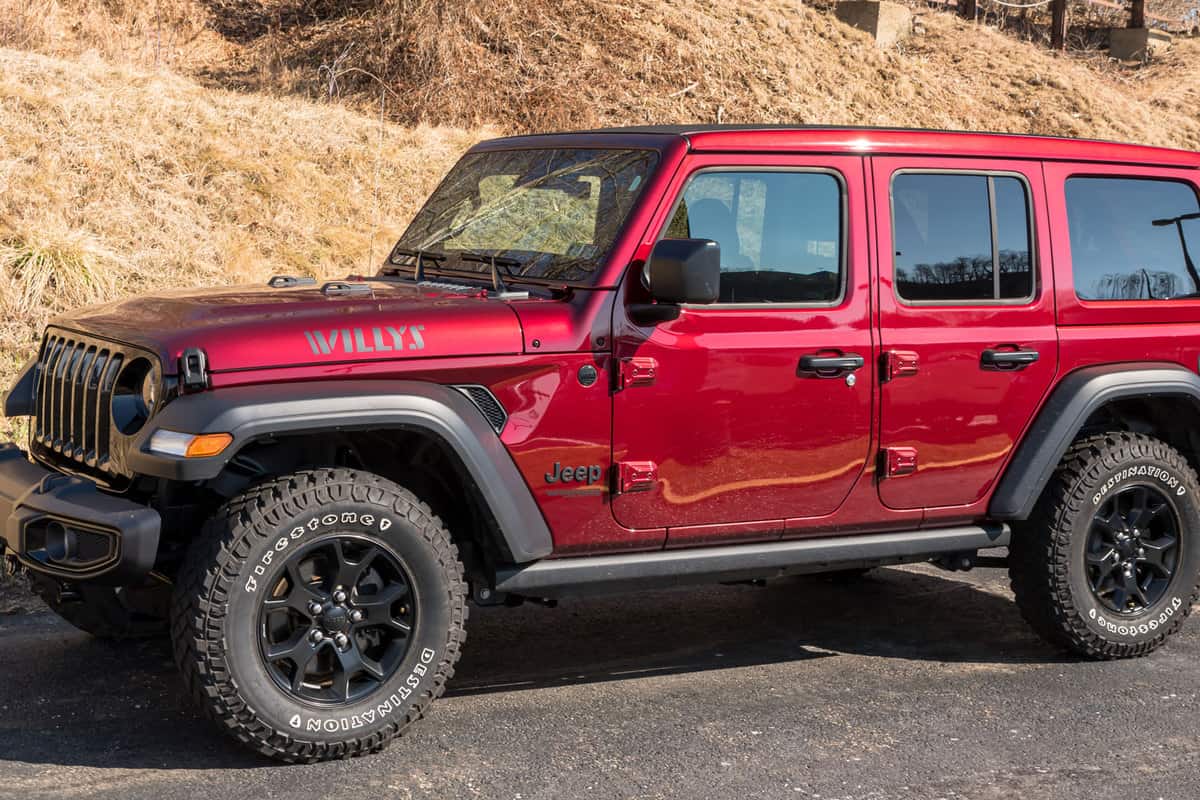 The 2022 Jeep Wrangler has four other engines that can be opted for if one chooses. Three of the optional upgrades are turbocharged. They are:

The fourth engine upgrade is a 6.4-liter V8 engine with 470 horsepower and 470 pound-feet of torque [Rubicon trim only].

Does the Jeep Wrangler have a speed limiter?

A speed limiter is a device that is installed in a vehicle that sets a maximum speed limit that the vehicle is capable of driving. The vehicle will not exceed the set speed once the speed limiter is set and functioning. This device is also known as a governor and is a mandatory feature in some countries, as well as one that some government vehicles and commercial trucking companies employ.

Speed limiters are utilized to promote safety and to limit legal liability in government and commercial vehicles. For vehicles produced for use in the United States they are relatively uncommon outside of aftermarket installations for the reasons mentioned above. While some older models of the Jeep Wrangler have an RPM limiter [which can be adjusted], the models sold for use in the United States do not have speed limiters. 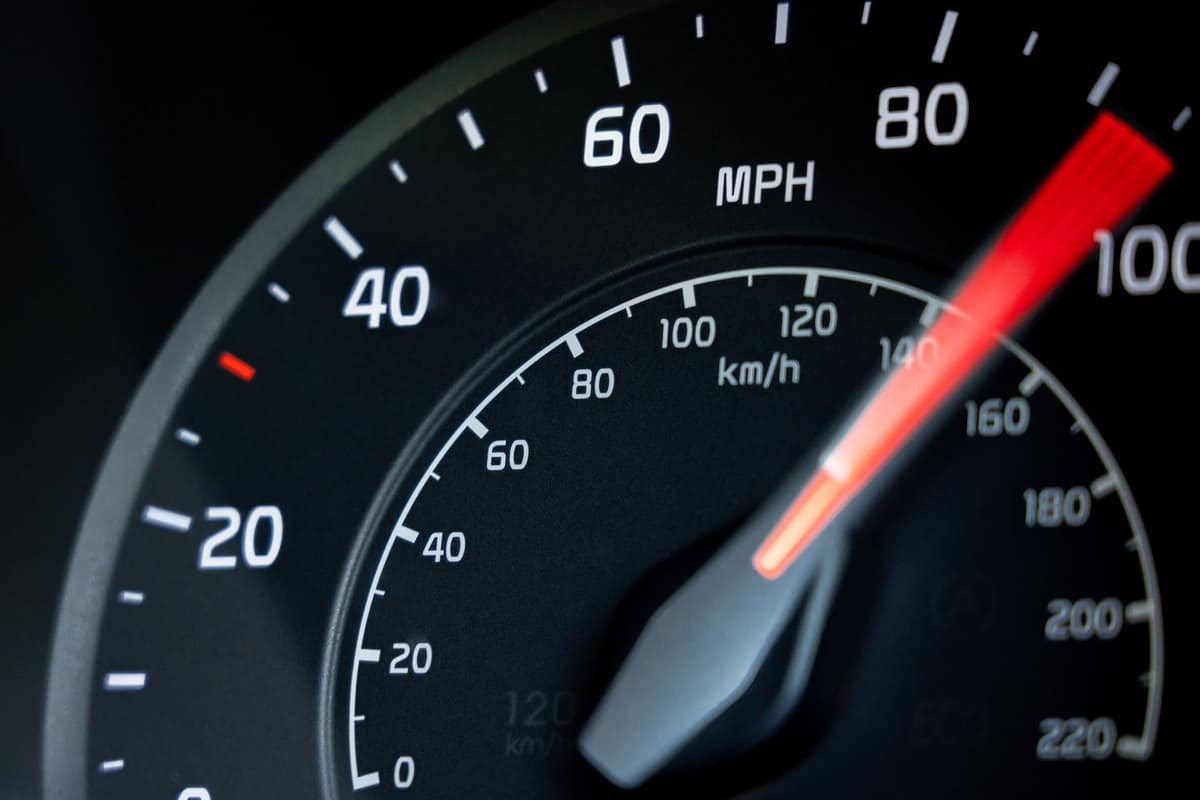 But should you get one for use in certain European countries, you will most likely find that the Wrangler has been equipped with one of these devices.

How fast can you drive the Jeep Wrangler in 4wd high?

Jeep Wranglers are excellent off-roading vehicles engineered to traverse rugged landscapes. You wouldn't expect to drive over mountain roads or across rutted fields going at high speeds. Though we mentioned earlier in this post that the Wrangler can reach speeds over 100 miles per hour, you should be wary of how fast you drive while in high gear.

Experts and Jeep enthusiasts will caution you that you should never exceed 55 miles per hour when in 4 wheel-drive high. Driving too fast while in this mode can damage your drive train. It's also advised that you only use this mode if you will be driving OVER 15 miles per hour. Any lower speeds for extended periods of driving should be done in low mode.

The low mode is a "work mode." All the available power is sent to the four wheels, making it easier to pull heavier objects over rough terrain, climb a steep incline, or traverse the most rugged terrain. But driving in low mode over 15 miles per hour will damage the drive train, so utilize caution.

If you want a vehicle that accelerates off the line fast, you might want to reconsider getting a Wrangler. While capable of achieving moderately high speeds, these vehicles aren't engineered for quick acceleration.

Some Jeep owners refer to the Jeep as driving a brick through the wind. These vehicles are not made to be very aerodynamic, and the wind resistance can keep them from accelerating faster than other vehicles in the same class.

The Jeep Wrangler is a powerful machine with great engine options that will keep it propelled forward in conditions that a RAV-4 or Honda Pilot would become stranded in. But the power of the drive train doesn't equate to quick acceleration or high speed, as is the case with the Wrangler.

As we pointed out earlier in this post, Jeeps are slow to accelerate. This is not the vehicle you should be considering if you want something that will zip from zero to sixty in a heartbeat. Nor is it one you'd be happy with if you want to cruise interstates at high speeds.

Jeep Wranglers are engineered to be one of the best vehicles for off-road traveling. They are solidly built and equipped with powerful engines that keep them moving in conditions that most other vehicles wouldn't make it through. This vehicle's engine options will allow for safe travels in these conditions and on snowy roadways. But they aren't speed machines by any means. 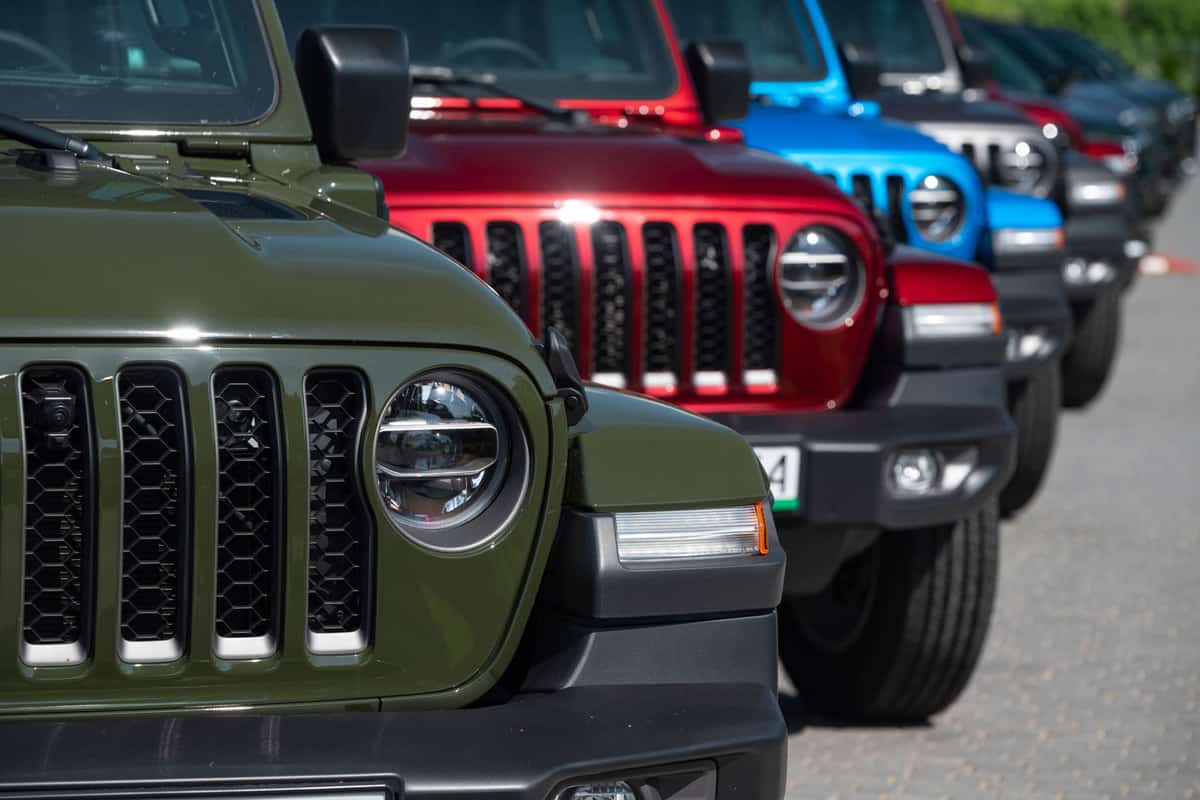 If you are taking the Wrangler off-road, you'll find that it moves with the most grace and speed that conditions will allow. But on the highway, higher speeds are known to make the frame shake. These vehicles are also clunky and a bit uncomfortable when driven too fast.

If you take any vehicle off-road, you want to make sure that it is equipped mechanically for the task at hand. Having a powerful drivetrain is essential, especially if you will be traveling rutted roads or up steep inclines.

Jeep forums have mixed feelings regarding the power of the Wrangler. While many owners will point out that models from a decade earlier lack the power of others in the same class, the feeling is different among owners of newer models. But even the newer models have some critics, who point out that 285 horsepower is lower than the standard in this vehicle class.

But when the experts weigh in on the newer models, they praise the Jeep Wrangler's power. U.S. News and World Report particularly had affection for the turbocharged 4-cylinder engine. 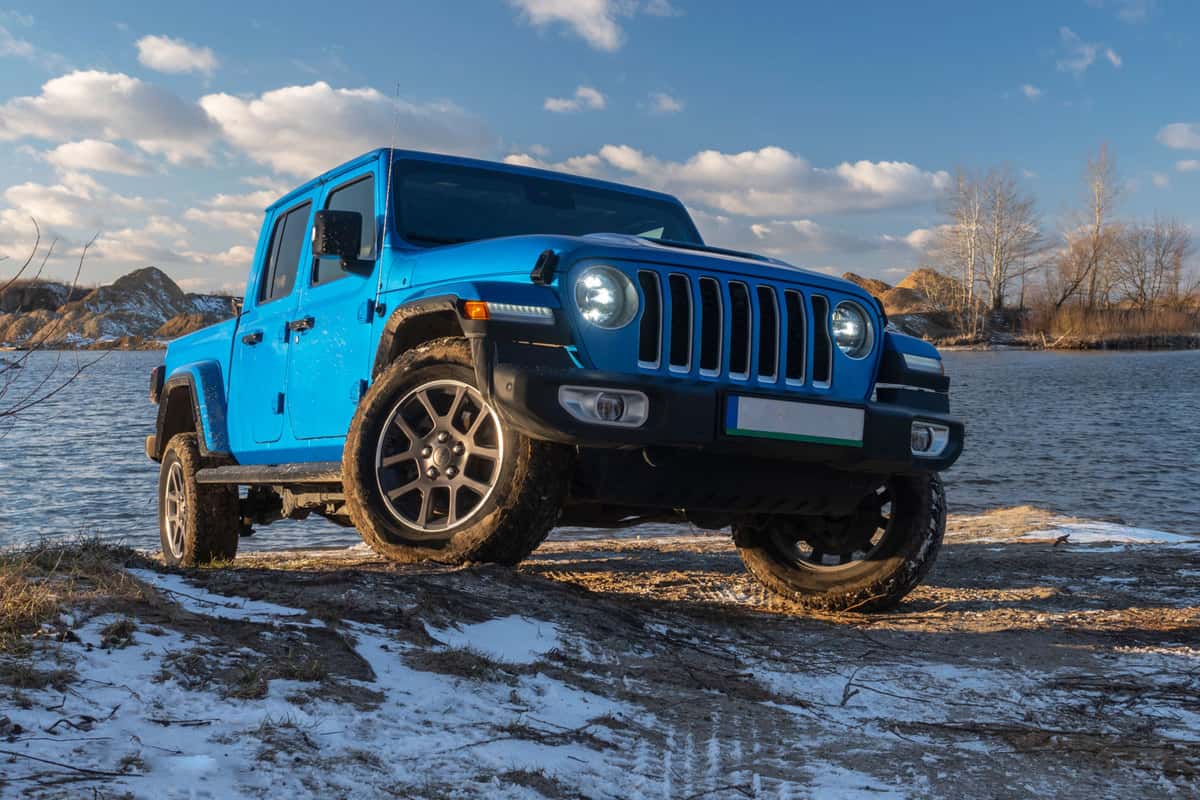 The Jeep Wrangler is a powerful and dependable vehicle for those who enjoy taking backcountry and mountain roads. While capable of achieving speeds over 100 miles per hour, the Jeep Wrangler isn't built for speed and does not provide a comfortable ride at high speeds. The best use of the Wrangler is for everyday driving or off-roading adventures. Drive safe!

If you found this post on the Jeep Wrangler to be helpful, we believe that you'll enjoy reading the following posts on this popular model vehicle:

Jeep Wrangler Won't Start [And No Click] – What Could Be Wrong?

What Are The Biggest Tires You Can Put On A Stock Jeep Wrangler?