If efficient acceleration speed is one of the features you are looking for in your next vehicle, then Toyota RAV4 should be on your list of potentials. So, how fast does a fully equipped Toyota RAV4 go? We've researched engine options, acceleration, and top speeds for RAV4 to get the answer for you.

To understand just how well this SUV is built for speed, keep reading because we'll discuss engine options, fuel efficiency, and safety features for Toyota RAV4. You will soon see why it lands on your list of SUVs as an efficient and safe vehicle. 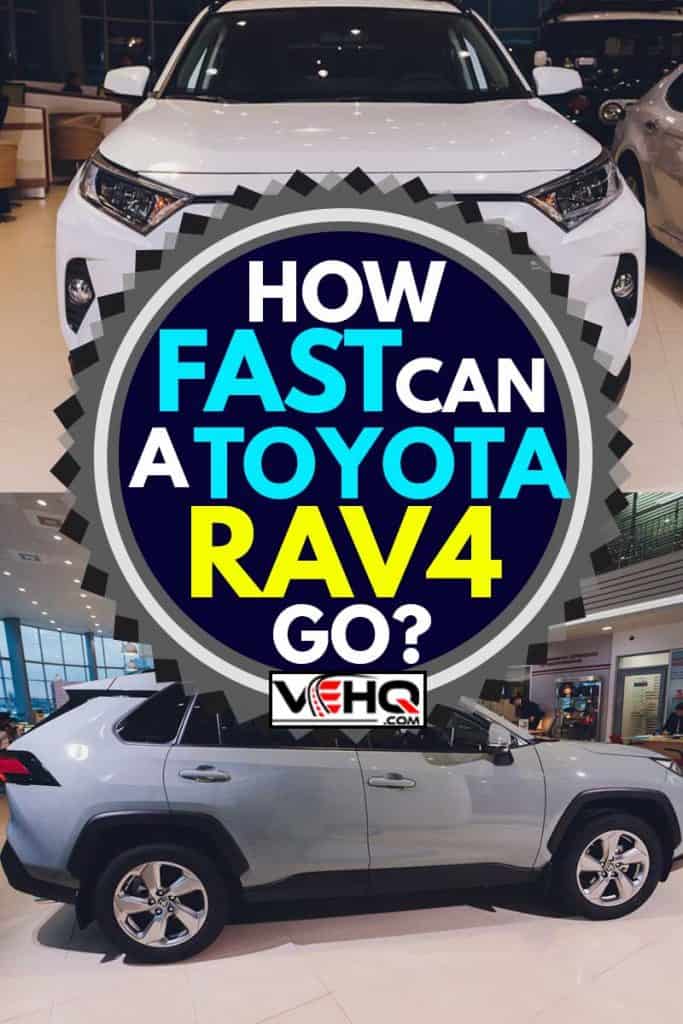 A powerful engine generates RAV4's smooth acceleration and consistent speeds, paired with an eight-speed automatic transmission to produce 203 horsepower and 184 lb-ft of torque. No matter the pace required for any terrain, choose your ideal drive mode from Normal, Sport, and Eco. Additionally, RAV4's cleverly engineered steel frame is lightweight, to keep gas mileage low while cruising along.

Does RAV4 Have Good Acceleration?

Toyota's RAV4  is notably one of this manufacturer's best accelerating vehicles. While capable of accelerating to 60 mph within 8 seconds, RAV4 does not have the torque, 184 lb-ft, that automotive reviewers seek to get up and go from a standstill. 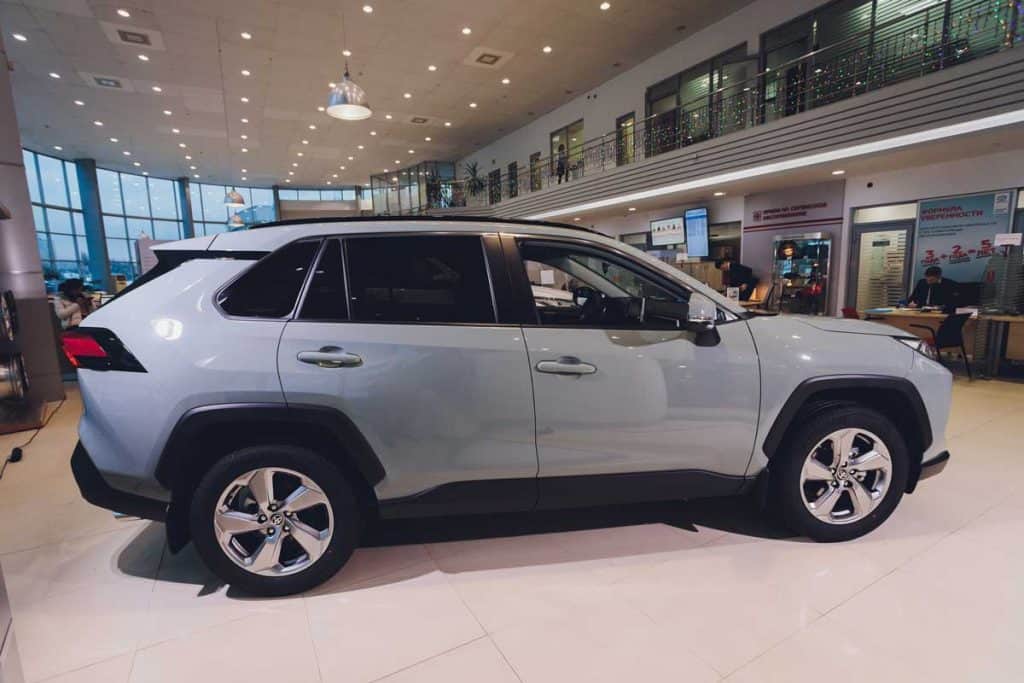 Which Is The Fastest Engine For Toyota RAV4?

RAV4 Prime, Toyota's first-ever, plug-in hybrid SUV is said to be Toyota's fastest and the most powerful SUV model. Prime has an estimated 302 horsepower with an advanced, all-wheel drive and a sport-tuned suspension.

It can accelerate from 0 mph to 60 mph in an estimated 5.8 seconds, making it the second-fastest car in Toyota's lineup. The RAV4 Prime model is available with SE and XSE trim levels.

Does Toyota RAV4 Have A Digital Speedometer?

A Toyota RAV4 has a digital speedometer with the 7-inch Multi-Information Display (MID). Toyota's MID is unique in that you can customize it to choose the information you want it to display, in this instance, odometer readings and fuel economy readings.

With your RAV4 digital speedometer, you can switch it from digital to analog or vice versa by following the steps:

In relation to other Toyota models, RAV4 portrays a fuel efficiency level that is at 24.2/39.1/29.2 mpg when combined. On a full tank, RAV4 can go for up to 377 city miles and approximately 507.5 highway miles, courtesy of the 16-valve D-4S dual-engine injector.

Is Toyota RAV4 Safe To Drive?

Ranked a 5-star rating from the National Highway Traffic Administration (NHTSA), Toyota RAV4s are some of the safest vehicles you can drive. They are built with standard Automated Emergency Braking with Pedestrian Detection, which serves to prevent or reduce the chance of collision leading to damage of property, injury infliction, or even death. 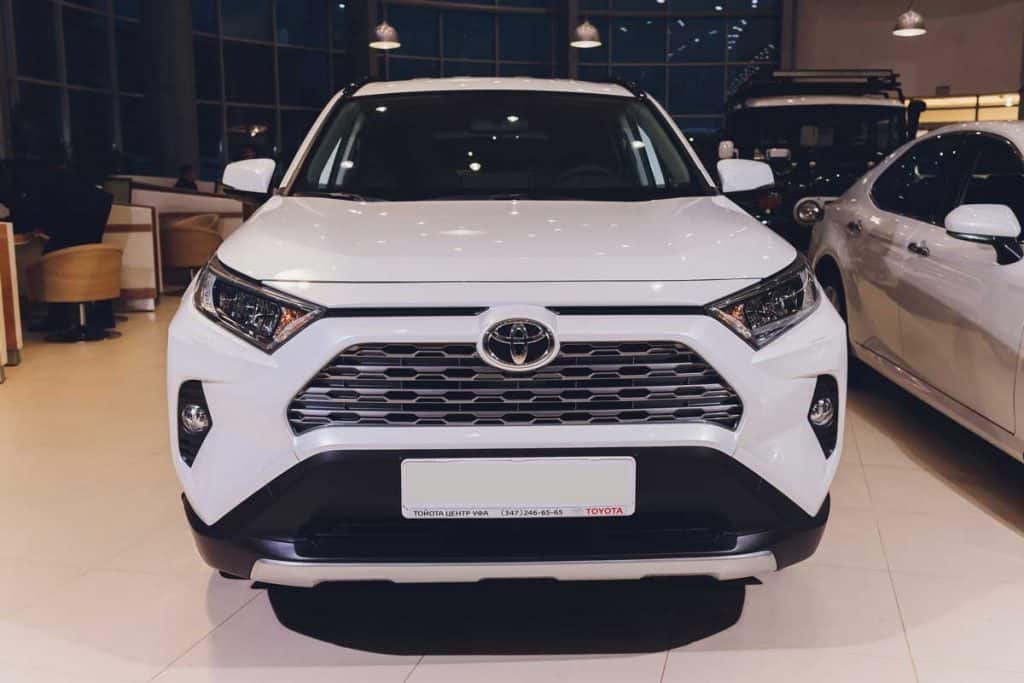 Another safety feature in RAV4 is the standard Lane-departure Warning with Lane-keeping Assist, which uses cameras to monitor tract lanes around the vehicle. This system warns the driver by using a seat or steering wheel vibrations if the RAV4 crosses or approaches tract markings.

Standard Adaptive Cruise Control is featured in RAV4 to automatically regulate the speed of the vehicle by maintaining road capacity keeping a lengthy separation between vehicles.

In summary, Toyota RAV4 is one of the fastest SUVs ever manufactured by the Toyota motor company. Equipped with Toyota's hybrid engine, RAV4 can beat many other similar SUV models. Safety technology is seamlessly engineered into RAV4 to keep drivers and passengers safe during smooth rides.

Check out our other articles to learn even more about RAV4:

What Are The Trim Levels For RAV4?

Can A Toyota RAV4 Pull A Trailer? [Towing Capacity And More]