The Ford Mustang has made its mark on history by being one of the original muscle cars,  making its first debut in the market in 1964. At the time, the Ford Mustang only had 120 horsepower! If that blows your mind, read as we discuss more the Ford Mustang GT and its performance specs. 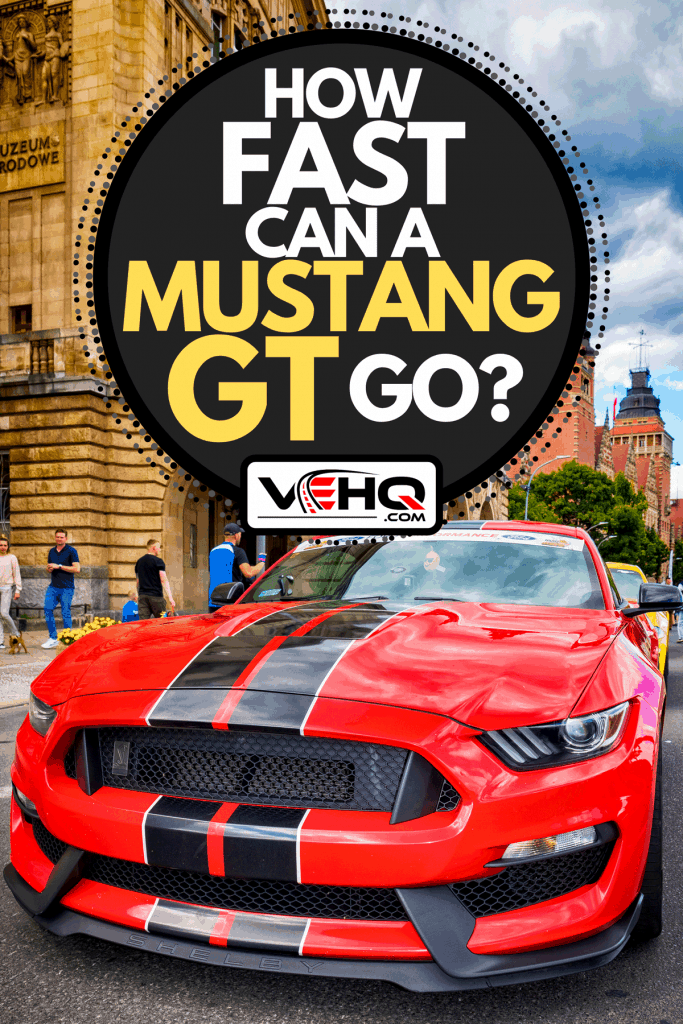 The Ford Mustang GT Is Still Fast But What's New?

As of 2021, the Ford Mustang GT is fast and efficient, but it comes in four different models. Currently, consumers can pick from the following GT models:

Each of these Ford Mustang GT models has the same 5.0-liter V8 engine with the same amount of torque, horsepower, top speed of 163 mph, and 0-60 times. They do, however, have different transmissions. The Ford Mustang GT Fastback takes the sporty old-school approach with a 6-speed manual transmission. On the other hand, the two Premiums are modern, being equipped with 10-speed automatic transmissions.

The Mustang GT's also have some differences on the inside. The Premium models offer more interior features such as remote start, heated seats, and navigation. The Premium Convertable comes equipped with the same features as the Ford Mustang GT Premium, but the top can come down for summer drives.

The newest Mustang generation of these mustangs is equipped with a better rear suspension and is updated with an archaic solid rear axle. These updates have progressed the Mustang's control taking the ride to another level.

Read on as we dive deeper into the performance and speed of the other Ford Mustang models.

Several models of the Ford Mustang and how long it takes them to 0-60 depending on the engine under the hood. For example, the 2020 Shelby GT500 Mustang has a top speed of 186 mph, and it does 0-60 mph in 3.3 seconds. The Shelby GT500 also does a quarter-mile time of 10.7 seconds and at a speed of 132 mph. These crazy numbers are due to the supercharged 5.2-liter V8, which is the most powerful production V8 in the globe. Also, it has a seven-speed TREMEC dual-clutch automatic transmission.

The Ford Mustang Shelby GT500 is the fastest Mustang; hence its lightning-fast 0-60 time. But how long does it take for the other Ford Mustangs to go from 0-60? Below is a list of the Ford Mustang engines and their 0-60 times: 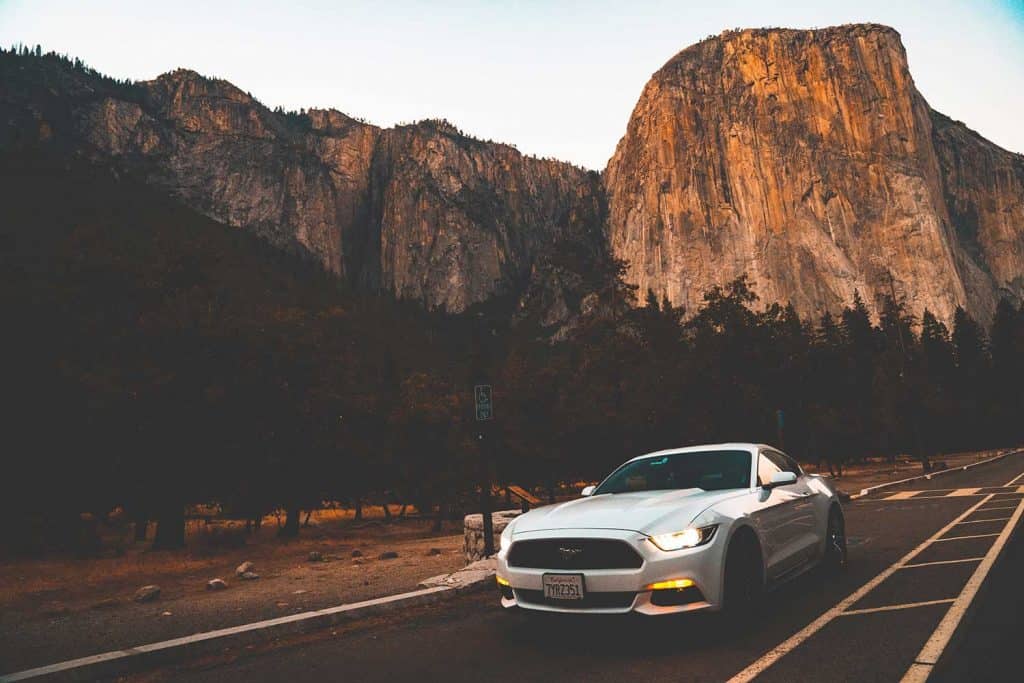 The main difference between EcoBoost and 5.0 Mustang is what's under the hood.  EcoBoost and EcoBoost Premium trims are equipped with a turbocharged 2.3-liter four-cylinder engine that makes 310 horsepower and 350 pound-feet of torque. It proves to have enough power output for speeding onto highways and around tracks.

In case if you want more, you can add the High-Performance package to your EcoBoost. It will increase the power to 330 hp and 350 pound-feet of torque.

Even though the Ford Mustang Ecoboost has enough pep in its step to turn heads, it just doesn't match up against its big brother, the Ford Mustang GT. This is a special thanks to the robust 5.0-liter V8 engine. Mustang GT drivers will be put back into their seats with 460 horsepower and 420 pound-feet of torque.

An adapted intake for a special Bullitt model provides this engine a boost with an increased output to 480 horses. The difference in 0-60 times between these two engines is a whopping 1.4 seconds!

What Is The Top Speed Of A Shelby GT500 Mustang?

The legendary 2021 Ford Mustang Shelby GT500 is the most powerful street-legal Ford vehicle in the brand's history. You will experience pure exhilaration as soon as your hands make contact with the wheel.

The Mustang Shelby GT500 Specs is powered by 5.2 L Supercharged V-8 engines with 760 horsepower. Its top speed is 180 mph, and it does 0-60 mph in 3.3 seconds and 1/4th miles in 10.7 seconds. This muscle car is no joke, and Ford did an excellent job designing the exterior by giving it a nice mix between old school muscle and new school ascents.

What Year Is The Fastest GT Mustang?

There can be confusion on what makes a car the fastest. It can be a combination of how quickly it goes from 0-60 and its top speed capability. In this case, we have found the fastest Ford Mustang GT by their top speeds.

Here is the list of 15 Mustangs ever produced with astonishing top speeds: 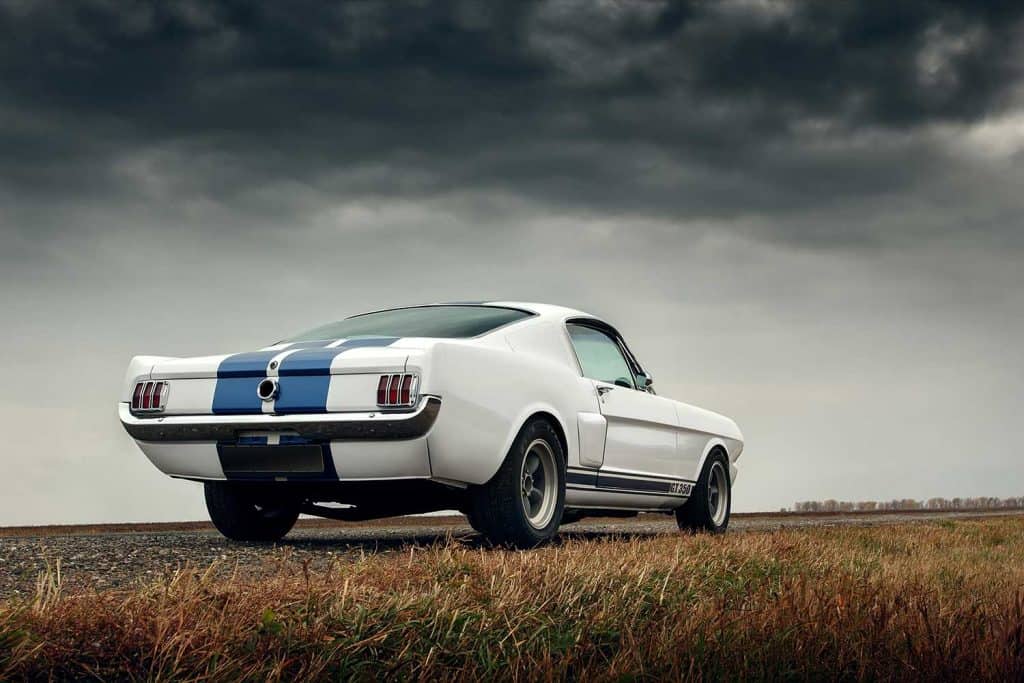 How Fast Is The Mustang In Need For Speed?

In 2014, Need for Speed hit the theatres. The car in the movie is depicted to be a Shelby GT500 Mustang. But it was a unique Ford Mustang GT 500 built by Ford and Dream Works. In the film, the car is supposed to be making more than 900 horsepower. Thus the car speeds up to mind-boggling 239 mph to prove its raw power.

However, in reality, at the time, the Ford Mustang GT 500 was supercharged with a 5.8-liter V8 with the capability of making 500-600 horsepower.

Do Mustangs Have Speed Limiters?

Ford has not announced installing any intelligent speed limiter in their mustangs. This means that cars are not limited to only 99 mph, even though the speedometer may say 180 mph. Nonetheless, people's reaction times are usually not fast enough to control the vehicle at high speeds if something unexpected happens.

However, in some Mustang model years, Ford installed a speed governor to limit its speed. For example, the Mustang V-6 is limited to 112 mph due to its lightweight drive shaft and because it is designed more for fuel economy than absolute performance.

But in case you want to immobilize the speed limiter, then it can be possible. Many vehicles at present have chips or engine computer reprogramming that will revise the way the engine performs. Depending on the tuners, these alterations can add power or fuel economy to an engine.

In a nutshell, the Mustang GT provides consumers with a modern-day performance car without forgoing the iconic retro appeal of the brand. The Ford Mustang is a muscle car at its core with anticipation of good driving dynamics, decent power, and performance. It is a beastly, dynamic, and timeless character.

The Mustang, now in its sixth generation, is only hitting its prime. The latest visual update gives it a better appearance and futuristic design versus the old-school box look. It's fair to say that the Ford Mustang GT won't be going anywhere but down a stretch of highway road.

We would love to hear about your Mustang memories and experiences! Leave us a comment below!