You probably like listening to the radio while driving as it is an enjoyable way to pass the time when sitting in traffic or on long road trips. But if you wonder how long it would take for your car's battery to die if you switch off the engine and keep the radio on, we've got you covered. We did the legwork for you, and this is what we discovered.

Generally, you can listen to the radio in your car for four to six hours if the engine is off and the car battery is relatively new. But this will depend on the type of stereo system installed in the car. Also, the battery will quickly deplete if you boost the audio system with other accessories like subwoofers, amplifiers, and speakers. 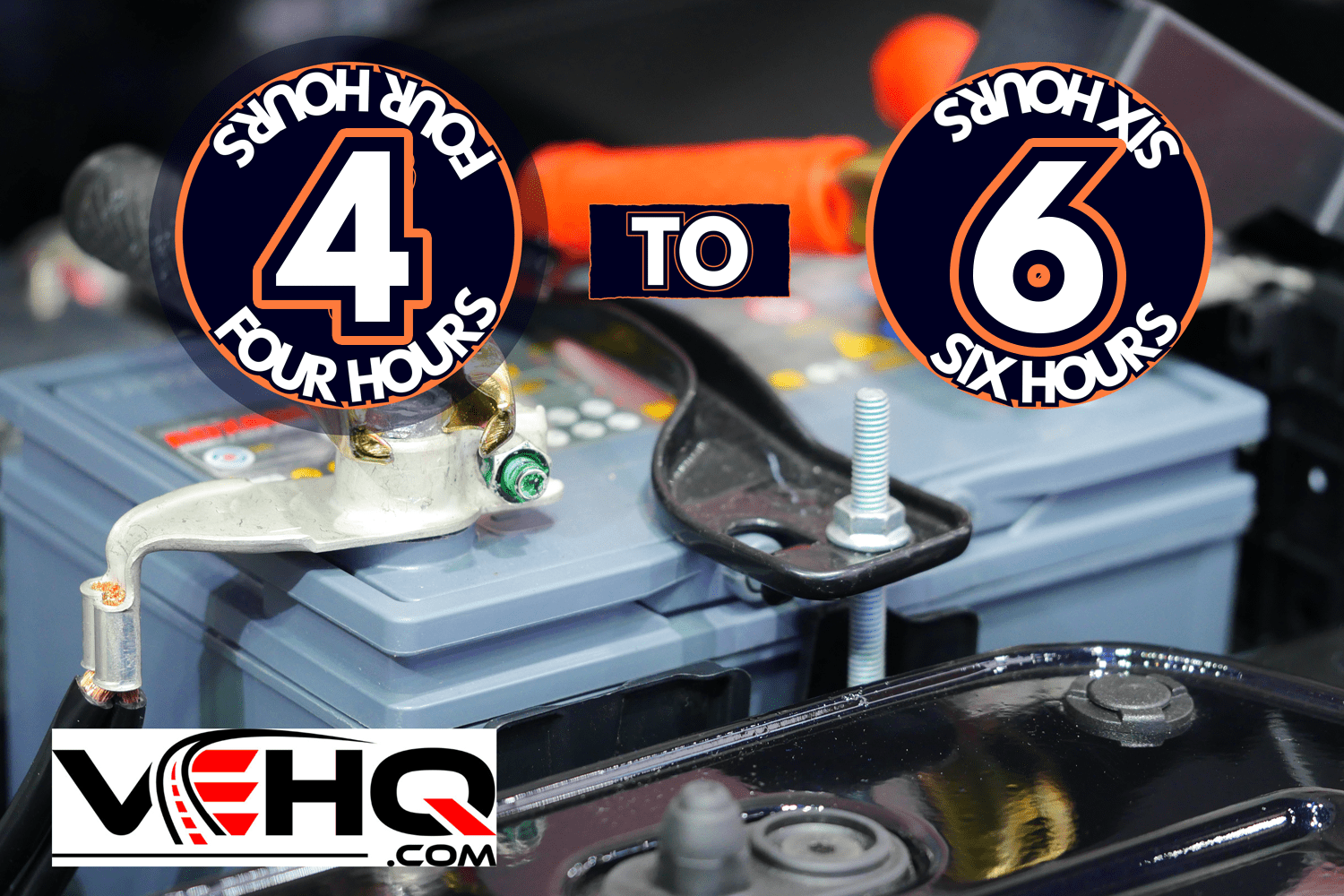 Many factors influence how long a car can last if the accessories are on but the vehicle is off. Delve in to learn more about this and other topics about the car battery. We will explore how long you can park a car before the battery dies and also how you can assess if you need to replace the battery. Let's dive right in!

How Long Before Car Battery Dies If In Accessory Mode? 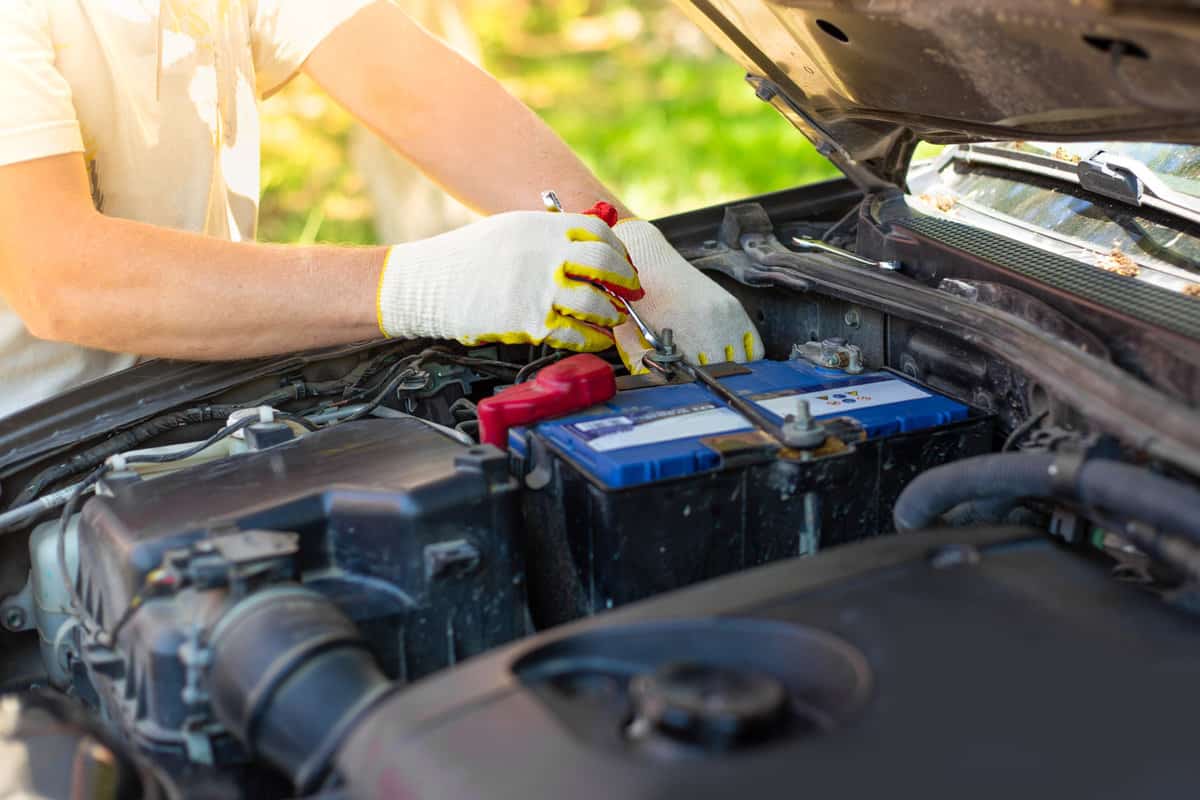 If you are idling around, you may want to set your car to accessory mode. This mode lets power flow to your accessories, allowing them to run when the engine is off.

If the engine is running, the alternator changes a part of the power generated by the engine into electrical energy, thus recharging the battery. The car then uses this stored energy to operate the car's starter, open the windows, or play the radio when you turn off the engine.

Furthermore, the car battery dies in due course if you fail to recharge it due to its internal resistance. But the time it takes for the battery to die will depend on these factors.

Health of the Battery

Car batteries steadily wear out until they cannot provide enough power to start the engine. Generally, a car's battery can serve you for three to five years. But the actual period varies based on vehicle usage, exposure to hot environments, and vibration effects that may damage the internal parts.

Because a newer battery stores charge better, it can power your accessories longer without dying. But an older battery depletes faster. Therefore, it is wise to check the age of your battery before leaving your car in 'Acc' mode to ensure that the battery will have enough charge to start the engine.

The electrical components in your car consume different amounts of charge when running. 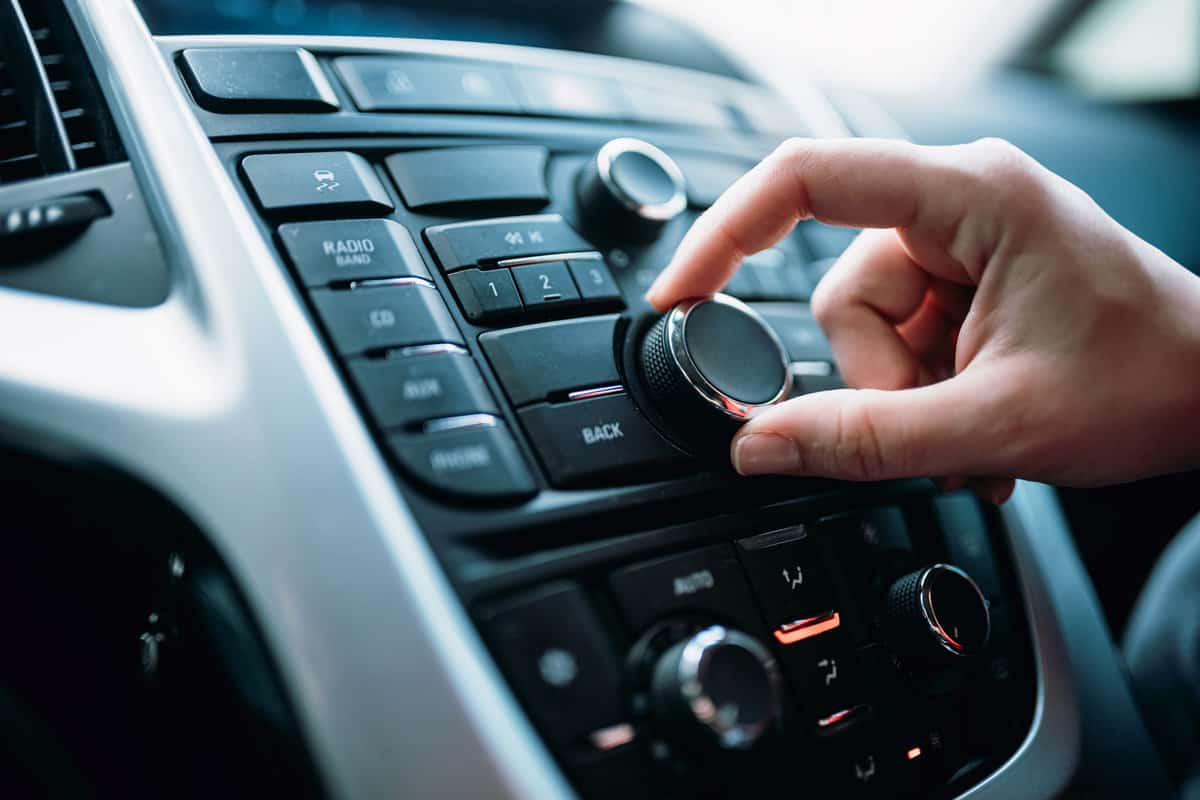 A healthy car battery can power your car's radio for about four to six hours if the engine is off. But the audio system may deplete the battery's charge much faster if you have installed additional accessories like subwoofers or amplifiers.

Built-in speakers use less energy than the aftermarket speakers you may install in your car. However, please note that the more powerful the sound system, the more power it requires to work. Thus, the faster it flattens your car's battery.

Subwoofers can reduce the time the battery can power the car's audio system to about one to two hours.

Furthermore, the radio's power consumption increases as you increase the volume. For this reason, the battery may die faster when blasting the radio as opposed to when the radio plays softly.

Your car's AC consumes more power than the audio system. So it will take about 28 to 30 minutes for a car's industrial standard battery to deplete if you leave the AC on when the engine is off.

Heating is quite a power-intensive activity. Using the heater when the car is in 'Acc' mode can drain a standard battery in about 30 minutes.

When you leave the car door ajar, the dome light comes on in most cars. Furthermore, you may want to switch on the hazard lights when your vehicle is stationary.

Although many newer car models have features that switch off the headlights after some specified period, in most older models, the lights only go off if you switch them off or if the battery is dead. Keeping the lights on when the engine is not running can drain your battery quickly.

The more accessories you use when the engine is off, the faster it takes to drain the car battery. For example, the battery will become drained in a few minutes if you are charging your phone while using the AC and listening to the radio.

The car battery will drain a lot faster in extreme ambient temperature conditions. The rate increases because batteries contain sulfate as an internal component that enables them to charge or discharge.

When the temperatures change substantially, sulfate crystallizes. The crystals reduce the battery power, causing it to discharge faster.

How Long Can You Park A Car Before The Battery Dies?

Reduced travel and work from home options have many cars parked in the garages for extended periods. While this may seem harmless, you can still get a dead battery from parking the car for a long time.

Generally, you can park your car for four weeks to two months without moving it before the battery dies. The battery still powers car functions such as the alarm and clock, even when your engine is not running. Therefore, this parasitic draw eventually results in a dead battery.

Batteries can also become drained from self-discharge. Self-discharge is more common in lead-acid batteries than in lithium batteries. As the chemicals react over time, the battery loses stored charge. As a result, the battery eventually dies.

If the temperatures in your garage are too high, the hot environment under the hood increases corrosion inside the battery. The high temperatures also cause water evaporation from the liquid electrolyte in the battery. This weakens the battery and reduces capacity, ultimately shortening its useful life.

Your car's battery is likely to die if you take short trips regularly. Considering the substantial amount of energy consumed when cranking the engine, these short trips do not accord the alternator adequate time to recharge the battery.

The persistent under-charging ages the battery faster. Eventually, the battery dies. Even though you can recharge a battery after it dies out, it will serve you for a shorter time than you would otherwise expect.

Keeping The Car Battery Charged When Out Of Use 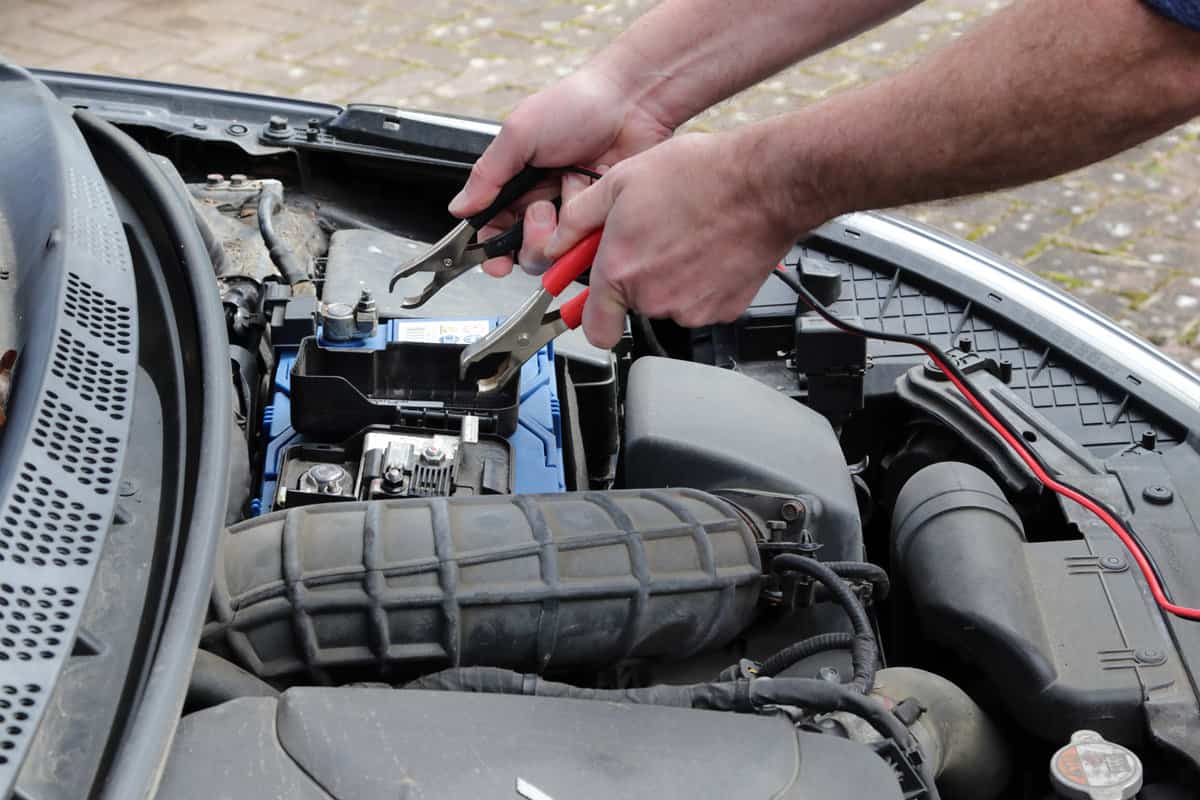 You may be keen on how you can preserve your battery's efficiency and keep it from fully discharging if you do not drive the vehicle for a long time.

Removing the battery reduces the rate at which it discharges considerably since it no longer powers other car functions. You can then store your battery for six weeks to six months. But it is best to charge the battery before three months lapse to ensure that it stays in good working condition.

Ensure that you store the battery in a dry place with temperatures between 40°F and 60°F. If possible, buy a battery box to keep the battery safe and in ideal conditions. When you maintain these conditions, the rate at which the battery deteriorates reduces significantly.

Invest In A Battery Maintainer

A battery maintainer sends small quantities of energy to your battery, enabling it to remain fully charged.

These maintainers also help prolong the battery's useful life since they protect your battery from damage. Because the maintainer can detect when the battery is fully charged, it shuts off, thus avoiding damage that would otherwise result from overcharging your battery.

You can plug the maintainer into a socket or use a small solar panel to power it.

This battery maintainer is fully automatic. See it on Amazon.

How Can You Tell If Your Car Battery Needs Replacing?

Because manufacturers do not design car batteries to last the entire life of the car, it is helpful to know how you can tell if you need to replace them. You may end up needing to jump-start your car or requiring towing services if you fail to change a malfunctioning battery.

Most automobiles have a warning light that alerts you if there is a problem with the car's battery. It is best to have the battery assessed as soon as the warning light comes on.

Your car relies on the energy stored in the battery to crank up the engine. For this reason, the battery may be defective if the vehicle is struggling to start.

Lights draw energy from the battery for them to come on. Thus, it may be time to replace the battery if you notice that they are dim or flicker if the car is idling.

Corrosion On The Battery 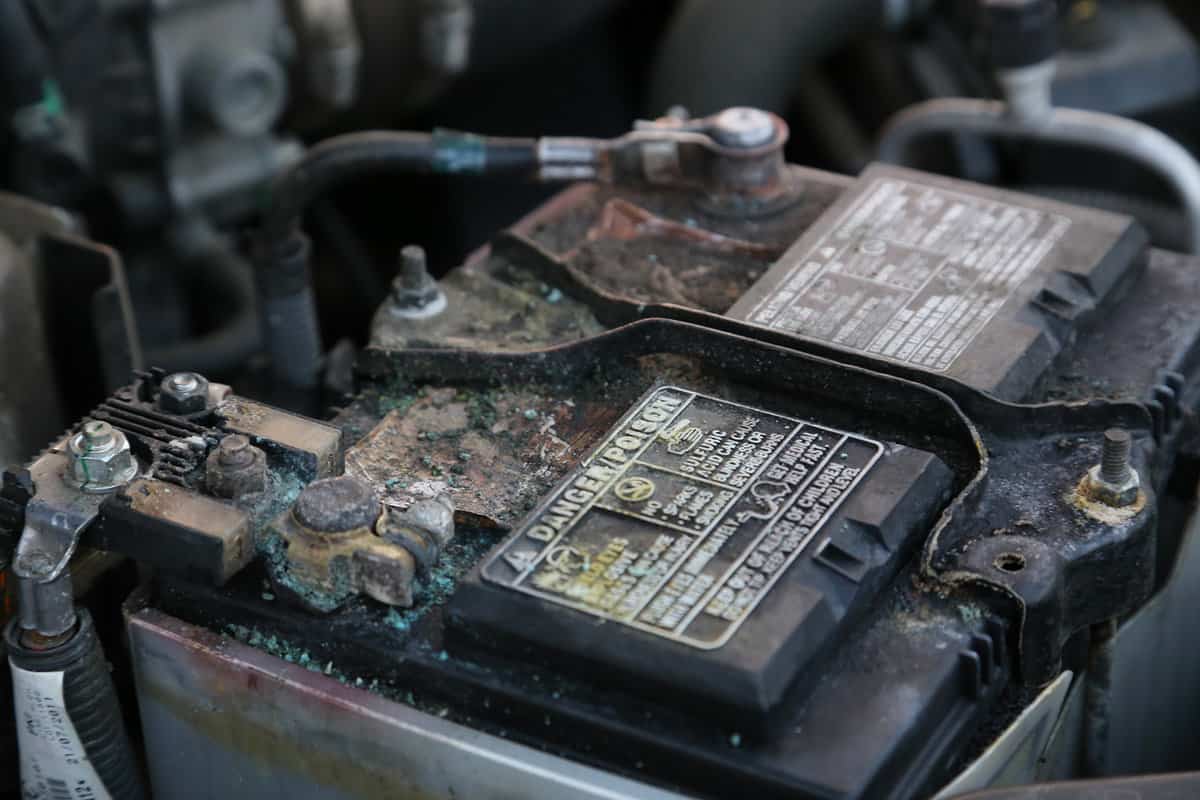 The radio, power window, and door locks rely on a healthy battery to function well. Therefore, take the battery in for a check-up if you observe an inconsistency in their operation. 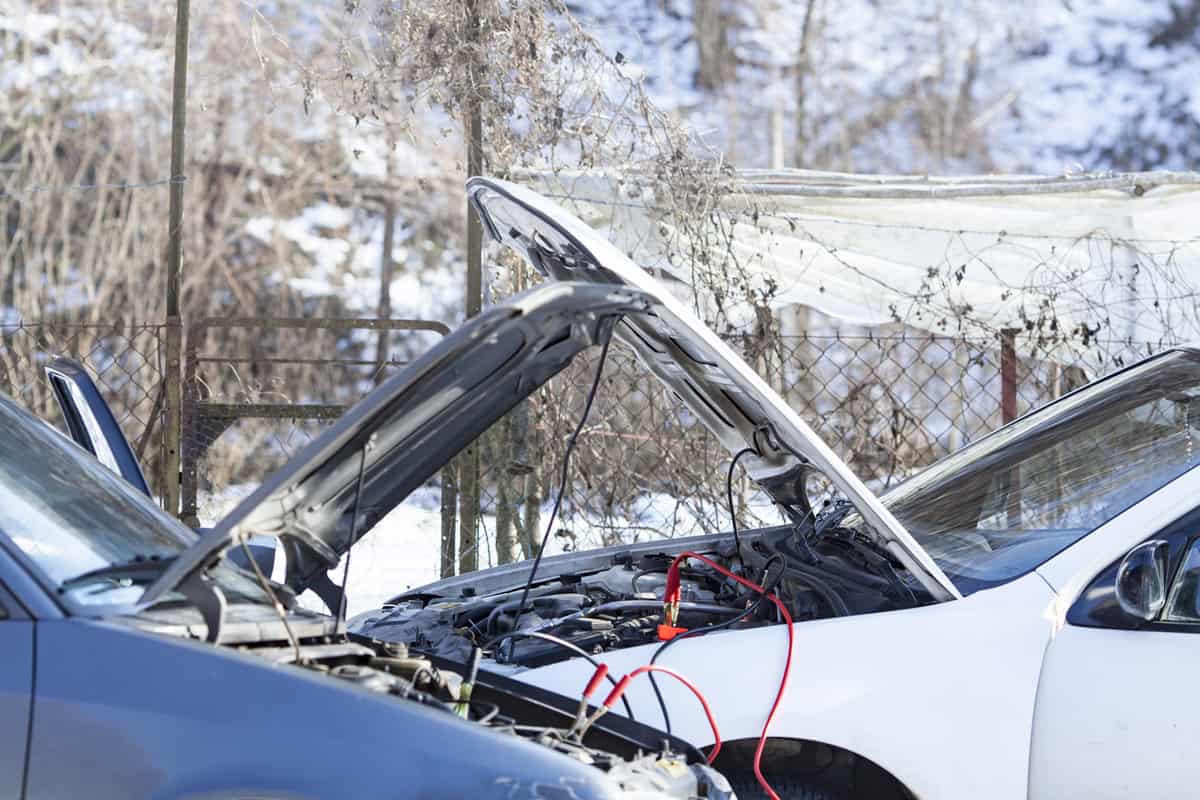 If the car battery is healthy, you can switch on the radio while waiting or relaxing in your car. But it is prudent to limit the hours you keep the radio on when the engine is off. Regulating the hours will help you avoid dealing with a dead battery.

You may be curious about these topics: