It's no secret that motor oil plays an essential role in the proper functioning of your car. It keeps all the moving parts of your engine lubricated and running smoothly, but it also helps to cool down your engine and prevent rust and corrosion. But how long can it sit in an engine that isn't being used? So let's take a closer look.

Even though unused oil has a shelf life of around five years, it's not the best idea to use oil that has been sitting in your vehicle's engine for six months or more. Over time, motor oil loses its viscosity and ability to lubricate, protect, and clean your engine.

Motor oil isn't something that you should take chances with. This article will discuss why you shouldn't use old motor oil and what you should do instead. In addition, we will answer other frequently asked questions about motor oil, so read on! 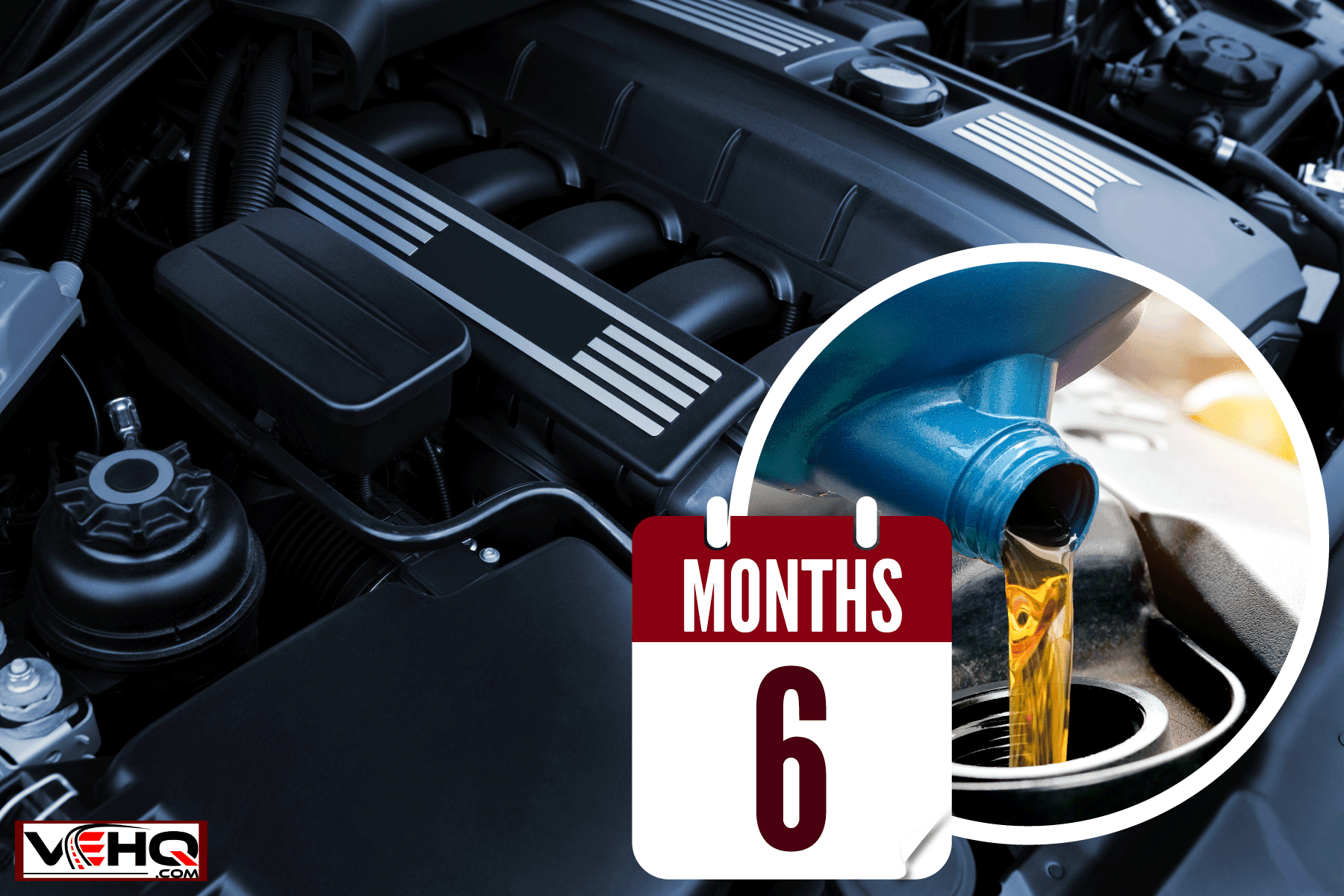 How long is oil in an engine good for?

Your car's engine would quickly overheat and seize up without motor oil. This is because motor oil lubricates and cools the engine by drawing heat away from the moving parts.

Over time, however, motor oil breaks down and loses its ability to do this effectively. The rate at which it degrades depends on several factors, such as the quality of the oil, the type of engine, and how it's used. For example, motor oil used in a high-performance engine will break down faster than motor oil used in a standard engine. This is because high-performance engines run at higher temperatures, which causes the oil to degrade more quickly. 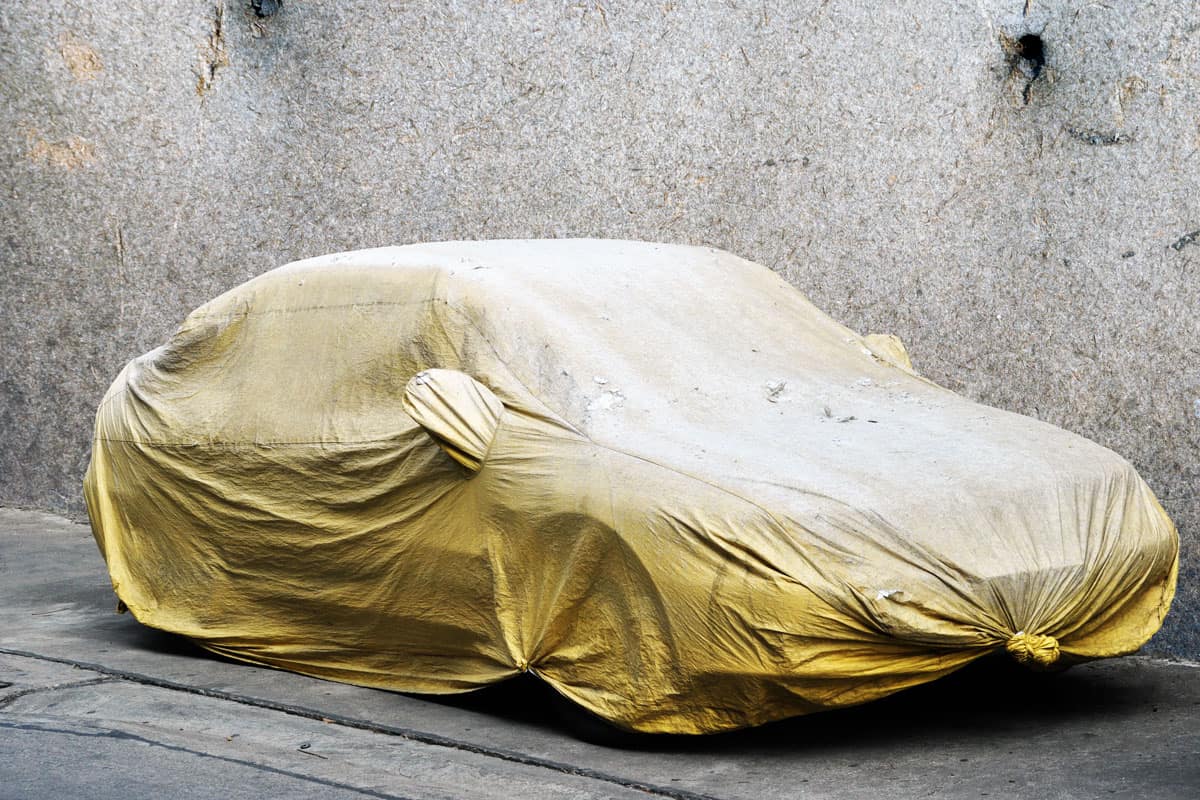 However, for consumers who are storing their vehicle or don't drive it often, the degradation of motor oil may not seem like a big deal. After all, the oil will sit in the engine and won't be used until the vehicle is driven again.

This is why it's not a good idea to use old motor oil that has been sitting in your engine for six months or more. Instead, you should take your car to a mechanic and have the oil changed as soon as possible.

What is the shelf life of unopened oil?

If you want to stock up on quarts of oil or you're simply curious, you might be wondering how long unopened oil can sit on a shelf. Typically, an unopened bottle of conventional motor oil has around five years of shelf life.

However, it's important to note that these are just estimates. The actual shelf life of motor oil will depend on several factors, such as how it's stored and what type of motor oil it is.

If there isn't an expiration date, then use the oil within two to five years of the date it was manufactured.

How long does oil last once it's been opened? 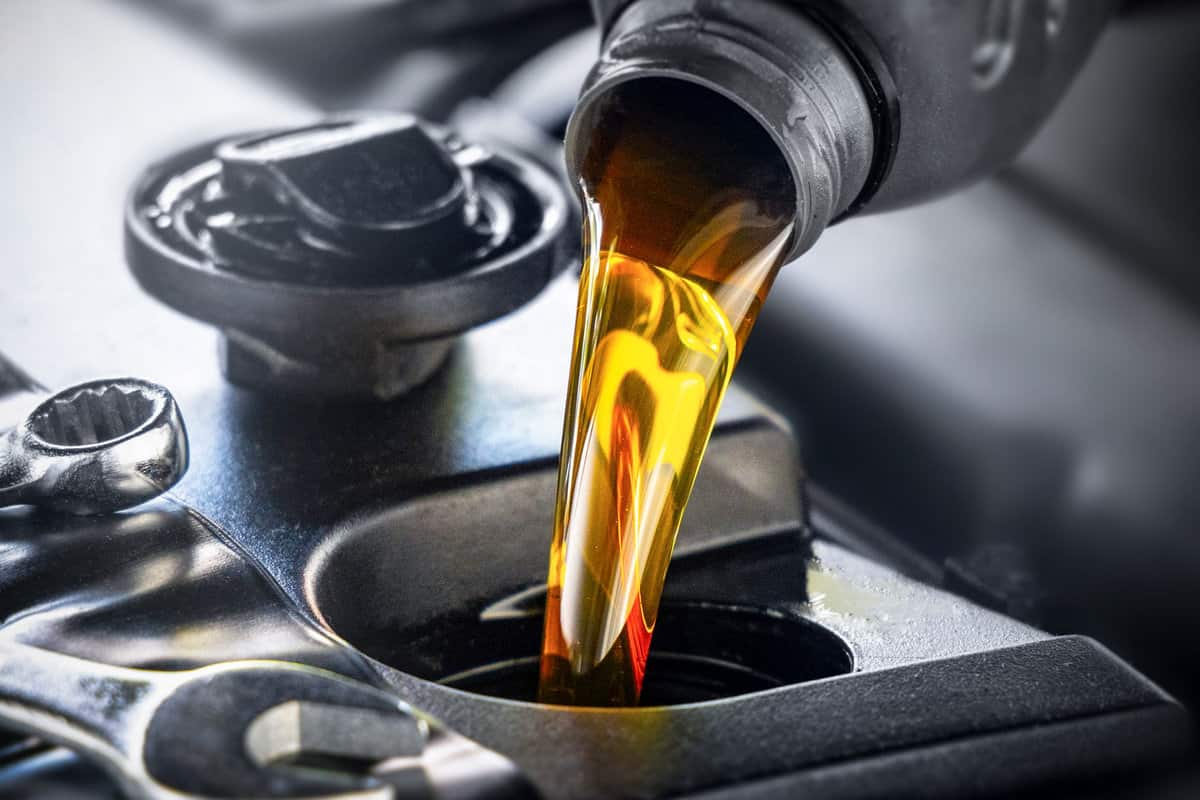 Once you open a bottle of motor oil, it will start to degrade right away. This is because the oil is exposed to oxygen, which causes it to break down.

Most opened bottles of oil may only be good for two to three months before they start to degrade. So while premium motor oils may last up to a year, it's still best to use them as soon as possible.

If you're not sure how long the oil has been open, it's best to err on caution and use it within two to three months.

What should you do with old motor oil?

Once your motor oil has reached its expiration date or you've opened a bottle of oil sitting on your shelf for a while, you might be wondering what to do with it.

You can also check with your local automotive store to see if they take old motor oil. In some cases, you might even be able to trade in your old motor oil for a discount on a new bottle of motor oil.

What happens if you don't change your oil?

If you don't change your motor oil regularly, it will start to break down and won't be able to protect your engine. This can cause your engine to overheat and eventually break down.

For example, new vehicles that use synthetic oil can usually go over 7,500 miles before they need an oil change.

If you're not sure how often to change your oil, then it's best to consult with a mechanic. They'll be able to give you specific advice based on your vehicle.

Why does synthetic oil last longer? 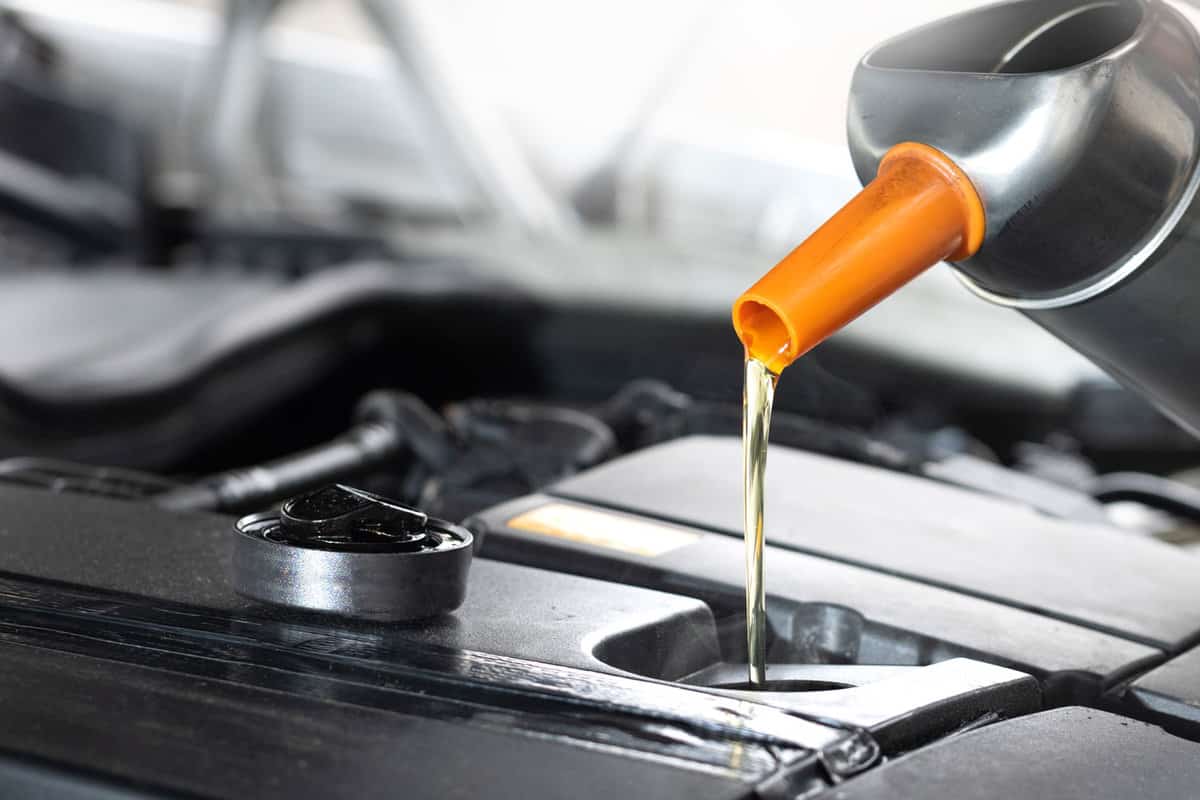 Overall, synthetic motor oil is a better choice for most drivers. It's more expensive than conventional motor oil, but it will save you money in the long run since you won't have to change it as often.

How can you tell if oil in the engine is bad?

If you're not sure if your motor oil has gone bad, then there are a few ways to tell.

Lastly, your vehicle might give you some warning signs. For example, you might see vapor coming from your tailpipe, engine knock, check engine light, or decreased fuel economy.

These are signs that your motor oil might be bad, and you should change it as soon as possible. If you aren't sure when your last oil change was, it's probably time for a new one. Contact your local automotive store or mechanic to get your oil changed.

Can I add new oil instead of changing it? 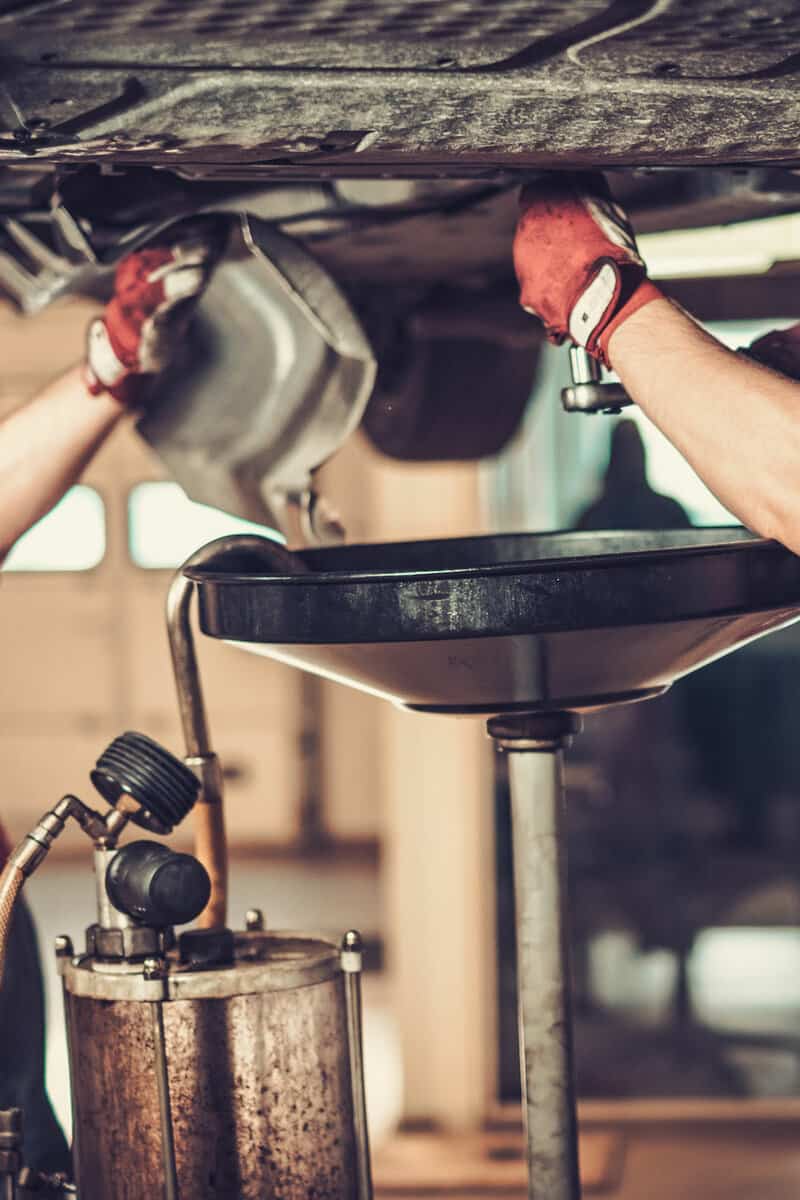 You should only add new oil instead of changing it if your oil level is below the minimum mark. In which case, you should add enough oil to bring it up to this level.

You should never add new oil on top of old oil. This will only dilute the oil and make it less effective. Adding new oil is never a substitute for changing your oil. You should still change your oil regularly, even if you have to add new oil between changes.

Changing your oil is a lot cheaper than dealing with an engine problem at the end of the day. 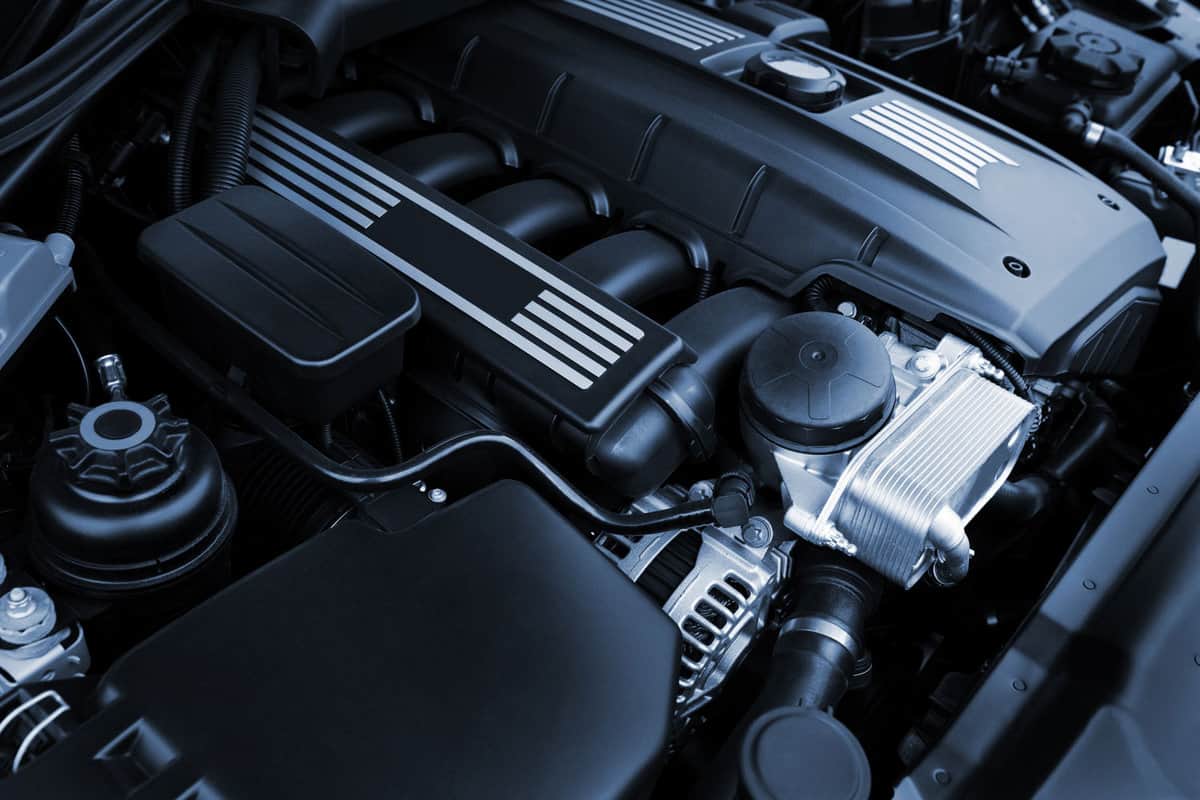 With motor oil, you should always play it safe. If you're not sure when to change your oil, it's better to err on the side of caution and change it sooner rather than later. Your engine is a vital part of your vehicle, and you should do everything you can to keep it running smoothly. Regular oil changes are one of the best ways to do this.

Do Electric Cars Need Oil Changes or Other Routine Maintenance?