Whether your power went out or you need to provide power to a construction site or campsite, you need to know how long it will last. So, if you're wondering how many hours your Troy Bilt Generator will run, you've come to the right place. We've researched the generator in-depth and have an answer for you. 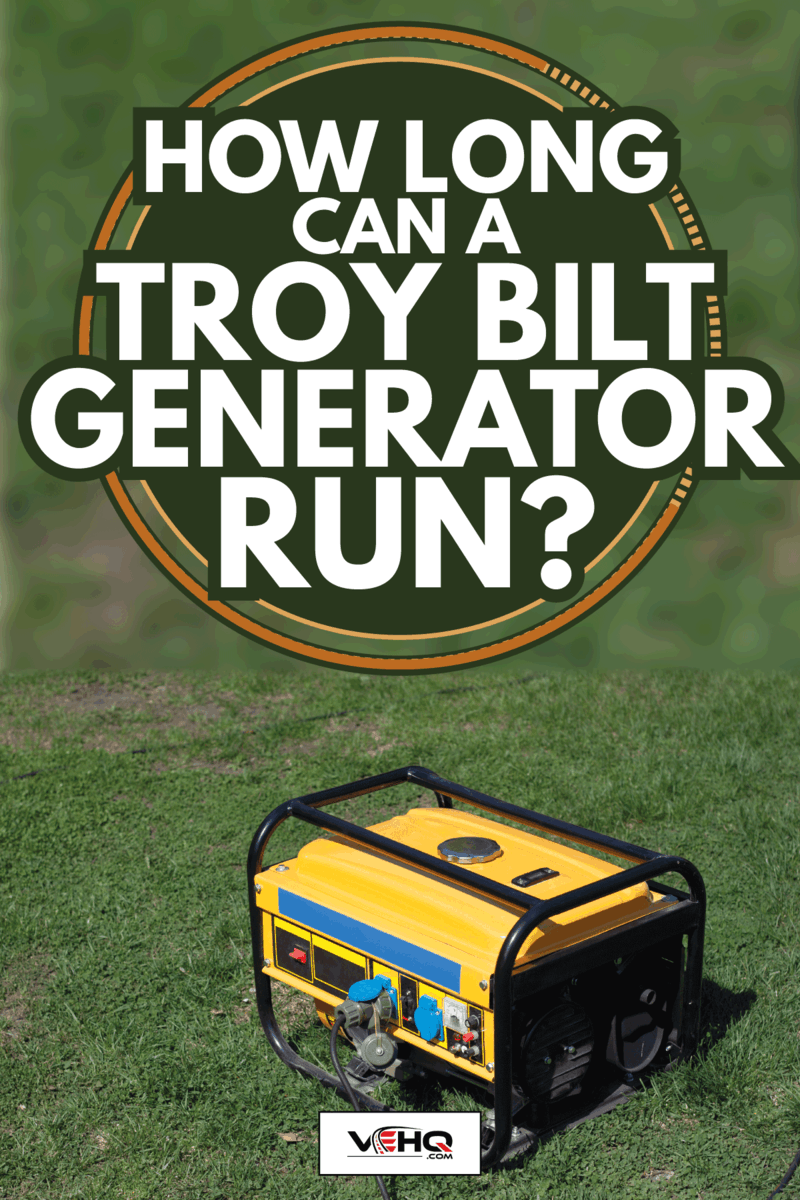 Most generators will specify a run time operating at a 50% load. If you were to increase the load on the generator, the run time will decrease. For example, a Troy Bilt generator that is run at 100% load will run approximately 5 hours. This is half the time that it would run on a 50% load.

What is a generator load?

So we keep mentioning that generators will last for different times depending on the load on them, but what do we mean by this? The load on a generator refers to how much power is being used by the unit. For example, anything the generator is powering applies to the load.

If a generator can offer 2000 watts and the appliances or equipment using the generator totals 1000 watts, this is called a half load or 50% load. If all of the power is being used, it would be running on a 100% load.

Is it OK to run a generator without a load on it?

Whatever your generator powers is applied to the load, but what if you don't have it powering anything? You might think it would save on electricity, but running a generator without a load is not recommended.

In fact, it's best to run a generator with at least a 50% load on it. This is why run times are often given with the generator running a 50% load.

Running a generator with a low or no load can cause numerous problems, especially if it is an older model and diesel-powered instead of gas-powered.

Running a generator on a light load for an extended amount of time can lead to wet stacking, exhaust problems, low pressure and temperature problems, and higher oil consumption. All of these issues can create power loss in the generator and total failure if the problem isn't remedied.

Clifford Power offers a detailed explanation of what wet stacking is. To summarize, when a diesel engine doesn't get hot enough to burn its fuel completely, the remnant of the fuel forms a liquid that leaks from the turbocharger or exhaust outlets. It can shorten the life of your generator and cause a decrease in power.

Running a generator on low or no load can create numerous exhaust problems. While this includes wet stacking, it can also cause an increase in dangerous exhaust emissions and carbon deposits on the exhaust manifold.

When a generator isn't running at an adequate load, low pressure can cause poor combustion. This can result in a decreased engine efficiency. Similarly, running at a low load causes the engine to run at a lower temperature than necessary to create the necessary combustion. This results in unburned fuel deposits and higher exhaust emissions.

Is it OK to run a generator all night?

Generators can typically run anywhere from 8 to 18 hours depending on the make, model, and as long as they have enough fuel. The most important thing is to remember that using a generator incorrectly can have severe consequences.

Be sure to follow any safety recommendations, especially regarding CO detectors.

Another thing to consider when running a generator all night is how noisy it is. There are generators that are advertised as less noisy, so if you are more likely to run a generator at night, it may be better to invest in one of those models. Otherwise, you might cause a restless night for you and your neighbors.

What happens if you run a generator too long?

Though you might be tempted to run your generator continuously, especially during a neighborhood blackout, you should not. Keep in mind there are different types of generators that can be run for different amounts of time. However, the generators we've been discussing for most of this article are fuel-powered generators.

If you use a fuel-powered generator for too long, you risk overheating the engine. Letting the generator get too hot can cause a number of problems and can result in total failure.

A generator will run until it runs out of fuel, but even if you refuel your generator, you should leave it turned off for a while and let it cool before running it again. Remember, never refuel a gas-powered generator while the engine is running. It is a serious fire hazard!

Check out our other blog post regarding how long an RV generator can safely run: How Long Can an RV Generator Safely Run?

How often should you run your generator?

As routine maintenance, it's important to run your generator every so often. Duthie Power Services, which specializes in generators, suggests that running your generator weekly is best; but running it monthly should be adequate also.

Another blogger admits that he runs his every three months. What's important is that you don't let it sit idle for an extended amount of time.

Running your generator frequently will ensure that it is working when you truly need it. If it isn't working, you'll be able to get it fixed before an emergency occurs.

Can I run a generator in the rain?

Also, keep in mind that this doesn't mean you should move into your garage either. Your generator should always be run outside away from the house if possible. Only ever run your generator in the garage if you plan to leave the door completely open the entire time.

Consumers report that between 2005 and 2017, more than 900 people died from carbon monoxide poisoning from portable generators, according to data from the Consumer Product Safety Commission.

Carbon monoxide is a silent, fast killer, and deaths from a portable generator can occur when the generator is run too close to the house or within an enclosed space.

If you suspect you might need a generator during the rain or snow, you can purchase a generator tent. Generator tents or canopies will cover the generator so it can be safely run during adverse weather conditions. 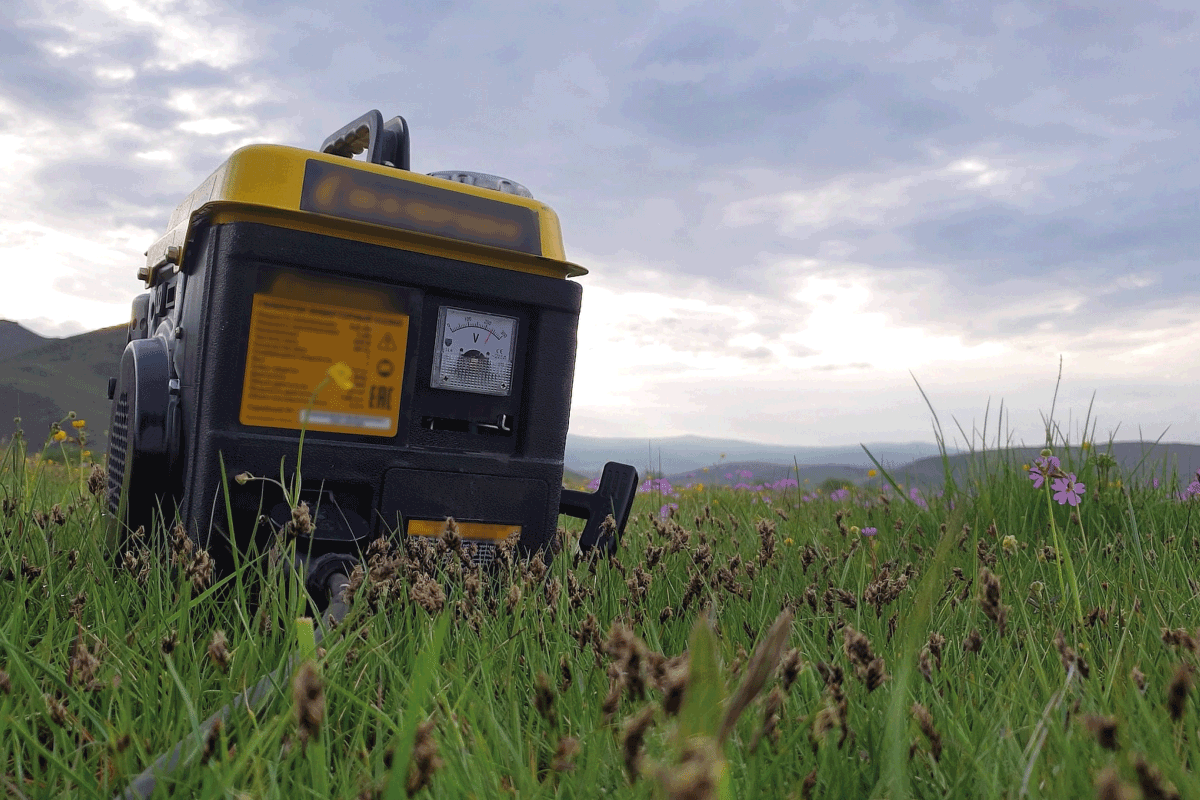 Troy Bilt generators can last on average around 10 to 11 hours. However, this does depend on the model you have and the load you are running it on. It is important to perform regular maintenance on your generator to keep it running optimally. Hopefully, our article has been useful to you, and you have learned something worthy about your generator!

If you're trying to decide on the best type of generator for your RV, check out our other post on the topic here: Propane Vs. Diesel Vs. Gas Generators For RVs (Which Is Best For Your Needs?)

More of our articles about generators include:

Where To Buy An RV Generator? (30 Online Stores Reviewed)