The Chevy Express has been a popular cargo van since its debut in 1996. However, its versatility has given it the reputation of being a Swiss Army Knife on wheels. It serves you whether you are towing, camping, hauling up to 15 passengers, or using it as a business vehicle. While all of these things are great, consumers wonder how long the Chevy Express van will last?

If taken care of properly, the Chevy Express van should treat you well for several years. No matter how you decide to use it, there is no question that it will get the job done. The Express van has three different models, with each offering one or more engine types. Read on as we explain more about the different Express van models and engine specs. 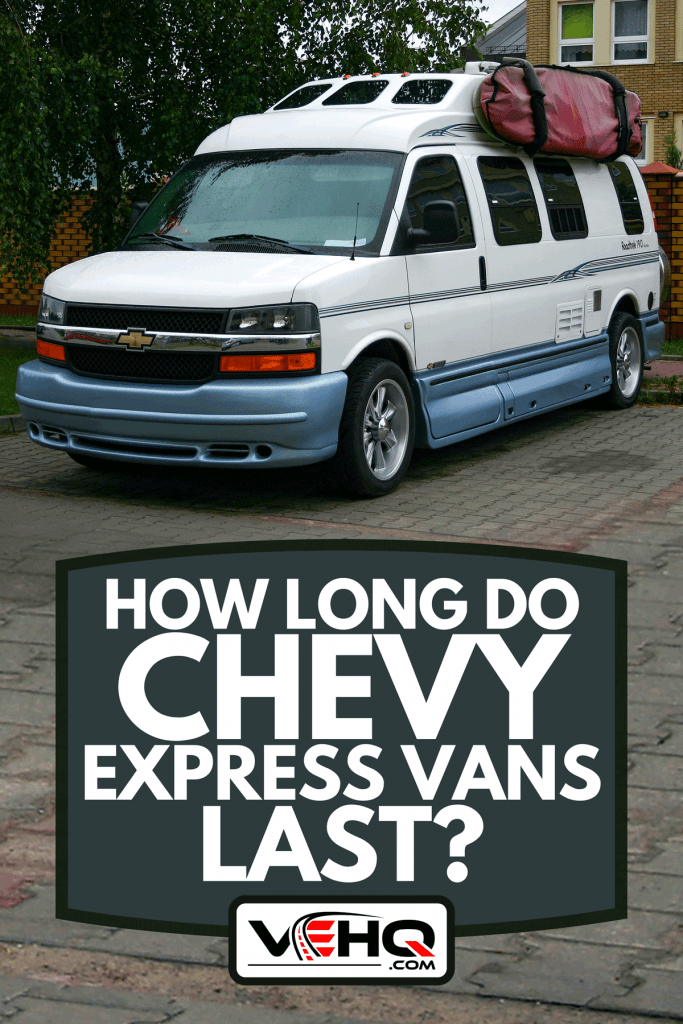 What Engines Does The Chevy Express Have?

If you are looking for a van that can do it all, look no further than the Chevy Express. This cargo van is in a league of its own when it comes to cargo space, towing capabilities, and passenger seating.

However, like other vehicles on the market, the cargo van comes in several different engine options. Let's take a look at each of these engines and the models that carry them. 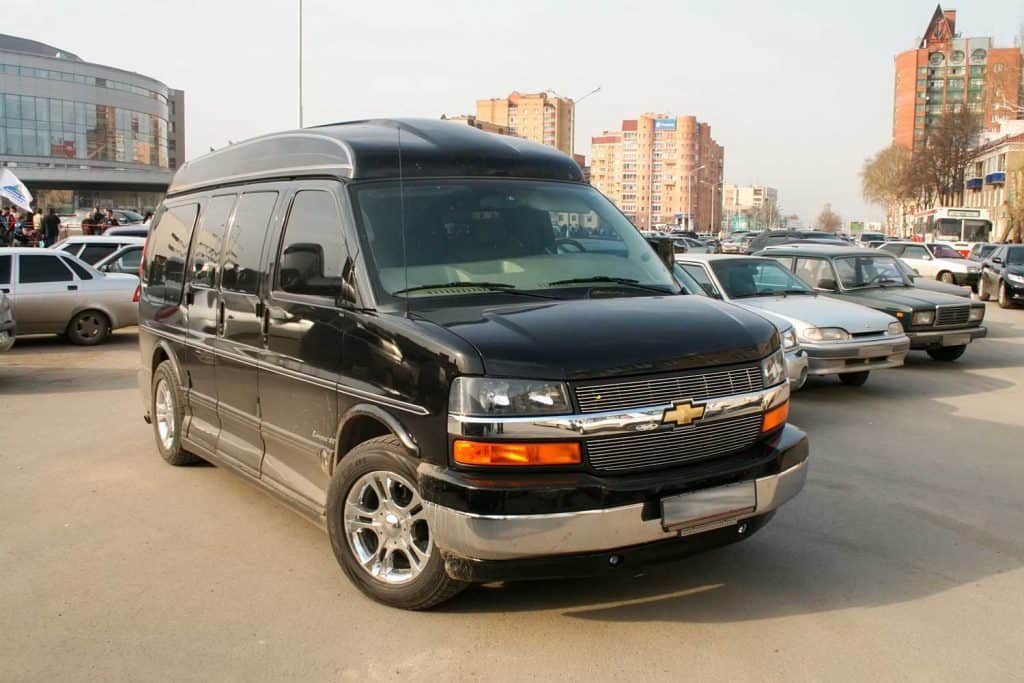 The Chevy Express 1500 is the perfect work or daily commuting vehicle. It has the least amount of towing capacity out of the three cargo van options.

Nonetheless, it can still tow smaller loads but really shines as the economical choice compared to the 2500 and 3500.

Expect 3-4 miles per gallon change between the V6 and V8 engines. If you are mainly commuting where there is a lot of stop-and-go traffic, then the V6 option will suit you better.

These are both reliable engines. However, the 5.3-liter gets more praise for not only being reliable but also powerful. This is the engine that they have put in the Chevy Silverado for years. Consumers can expect to get anywhere between 200,000 and 300,000 miles out of both of these engines.

Now let's compare that to the Chevy Express 1500 engines:

You can see the significant difference in the towing capacity of the 2500 engines vs. the 1500s. However, just because they can tow more doesn't mean they are more reliable, right?

The 2500 gas engines are similar to the 1500s in longevity; on average, they last about 250,000 miles before giving out. There have been consumers who have reported that they have received over 300,000 miles from the diesel engine models.

It is common to see these four engines last anywhere between 200,000-300,000 miles. However, the Express 3500 is the model that the engine will get the most stress. This is because its primary purpose is to perform as a work vehicle and its likelihood of frequently towing heavy loads.

What exactly makes a reliable vehicle reliable? How exactly is it determined if a vehicle is, in fact, reliable? Is the Chevy Express considered reliable?

According to RepairPal, the Chevy Express van has a reliability rating of 3 out of 5. This ranks it 9th out of 21 for commercial vans.

They figure this score based on the cost, frequency, and severity of repairs. For example, the annual average repair costs for Chevy Express is $963. The average annual repair cost for all other vehicles is $652.

The frequency of repairs is average amongst other commercial vans. However, when repairs do arise, then they are typically higher than average in costs.

When it comes to reliability, the Chevy Express van is in the middle of the pack. That doesn't mean it isn't a great commercial vehicle still. Read on as we take a closer look at Chevy Express vans with higher mileage. 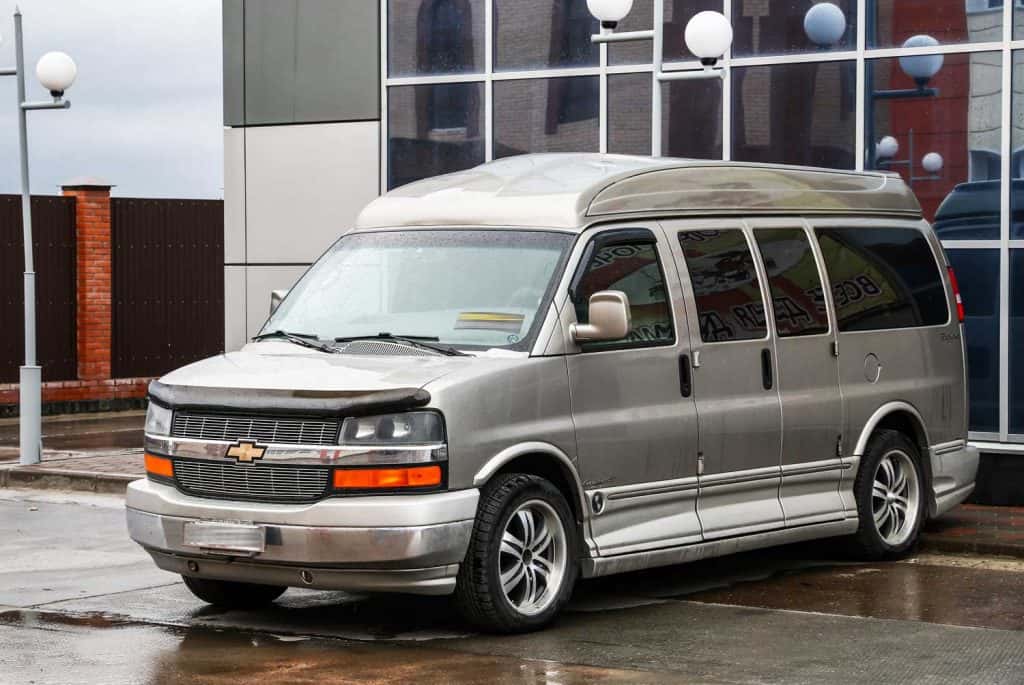 What Is Considered High Mileage For A Van?

High mileage isn't just about a vehicle being over a certain amount of miles. Determining if a vehicle has high mileage depends on how many miles it has been driven a year.

For example, the average number of miles driven in a year is 15,000 miles. So, if a person drives their Chevy Express van 100,000 miles in only three years, then that van would now be considered "high mileage" because it has over 65,000 miles than the average three-year-old vehicle.

In addition, high mileage can also be when a vehicle hits a certain mileage mark. Typically, anything over 100,000-150,000 miles is considered high mileage on a van. This mileage mark generally is when vehicle repairs are needed.

Is It OK To Buy A Used Van With High Mileage?

If you are on a budget for a van, you might find it is harder to find one with relatively low miles. Is it OK to go down in price and go up in mileage?

If a van has been taken care of and the engine hasn't been abused, most vans in between 100,000 and 200,000 miles will serve you fine. When looking at used vans, it is always recommended to check the CarFax to see where it's from, how many owners, accidents reported, and if it has had regular engine services.

Check to see if the dealer or the private seller will be willing to provide a CarFax before looking at the vehicle. If they won't, then it may be a red flag.

With proper care and regular maintenance, shoppers might be able to find a good deal on a van with 200,000 miles. 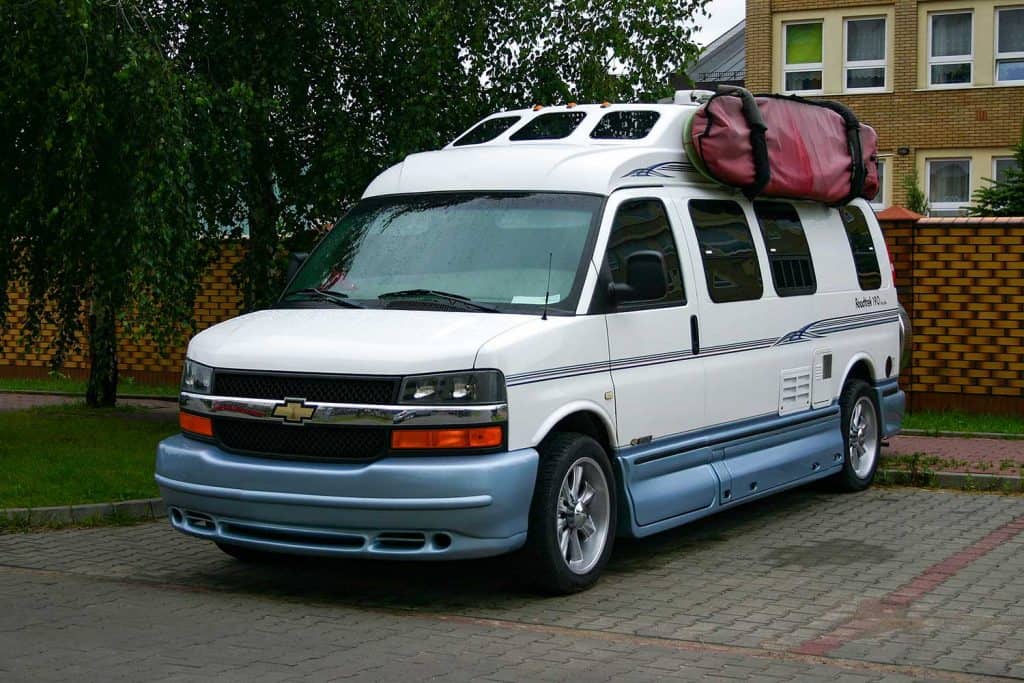 In that year, there were several complaints that the van would start and then die abruptly. On average, the cost to fix an issue like this was $3,000! Another bummer is that this issue occurred as early as 25,000 miles.

Another tough year for the Chevy Express was the 1997 model years. This year was notorious for failed fuel pumps that cost a whopping $4,000 to fix. This repair usually happened at the 70,000-mile range.

The third most complained about Chevy Express is the 2009 model. This model is reported to have torque converter failure around 60,000 miles. The average cost to fix it is $1200.

Conclusion: Is The Chevy Express Reliable?

While the Chevy Express has had its ups and downs, it should still be considered a reliable commercial van. The key to increasing the longevity of your vehicle is to keep up with the maintenance.

If you enjoyed this article on the Chevy Express, then you should also read:

Is Driving A Van Hard? [What You Need To Know Before You Hit The Road]

Minivan Seating And Seats: What Are The Typical Configurations?

Does A King Size Bed Fit In A Cargo Van or Minivan?

We'd love to hear from you! Feel free to leave us a comment below!